The St. Johnsbury & Lamoille County Railroad is a former railroad in northern Vermont that provided service to rural parts of the state for over a century. A lack of stable revenue forced the closure of the lien in 1994 and significant portions of the line are now being rehabilitated into a trail.

The Portland & Ogdensburg Railroad (P&O), chartered on February 11, 1867, was conceived as a through route between Portland, Maine west to the St. Lawrence River in Ogdensburg, New York. 1 Construction of the P&O’s Vermont Division began in 1869 and extended westward from St. Johnsbury. Work had also started to extend the P&O east of St. Johnsbury to Lunenburg, in 1875.

By 1877, the Vermont Division had reached Swanton, a distance of 96 miles. 1 Mired in debt, the P&O declared bankruptcy on October 19, and the goal of reaching the St. Lawrence River seemed out of reach. The Vermont Division was reorganized as the St. Johnsbury & Lake Champlain Railroad (StJ&LC) in 1880, which was then acquired by the Passumpsic Railroad, a Boston & Maine (B&M) subsidiary. The remainder of the P&O was reorganized as the Portland & Ogdensburg Railway (P&O) in June 1884, which became a division of the Maine Central Railroad in August 1888.

The StJ&LC was a profitable railroad mostly carrying commodities, dairy products, forest products, limestone, talc, and asbestos. 1 For a while, it also boasted a connection with the Ogdensburg & Lake Champlain Railroad (O&LC) to Ogdensburg along the St. Lawrence River that provided much traffic to the StJ&LC and the P&O. The O&LC was later acquired by the Rutland Railroad, which used its new subsidiary to route its own freight to Ogdensburg to avoid paying trackage fees to the StJ&LC.

In 1948, the StJ&LC was reorganized as the St. Johnsbury & Lamoille County Railroad (SJ&LC). 1 By the 1950s, the usage of light gauge rail and covered bridges prevented the SJ&LC from accepting heavier freight cars. This led to the replacement or strengthening of the covered crossings so that the light diesel locomotives that were being used could be replaced by modern diesel locomotives that could pull heavier freight cars.

In 1973, the state of Vermont acquired the SJ&LC from the B&M and renamed it the Lamoille County Railroad (LC). 1 Between 1977 and 1979, the state rehabilitated the railroad with new ties, ballast, and 100-pound rail laid to replace the aging 56- and 85-pound rail. But by the 1980s, most of the mines and manufacturing plants along the LC had closed. The state leased the LC to a private operator in 1989 until all operations ceased in 1994. Severe flooding washed out large sections of track between Wolcott and Hardwick in 1997.

The state of Vermont attempted to revive service along the LC in 1998 but a lack of customers stalled the plans. 1 Not wanting the corridor to languish, the state began converting much of the LC corridor into a multi-purpose trail in 2002. 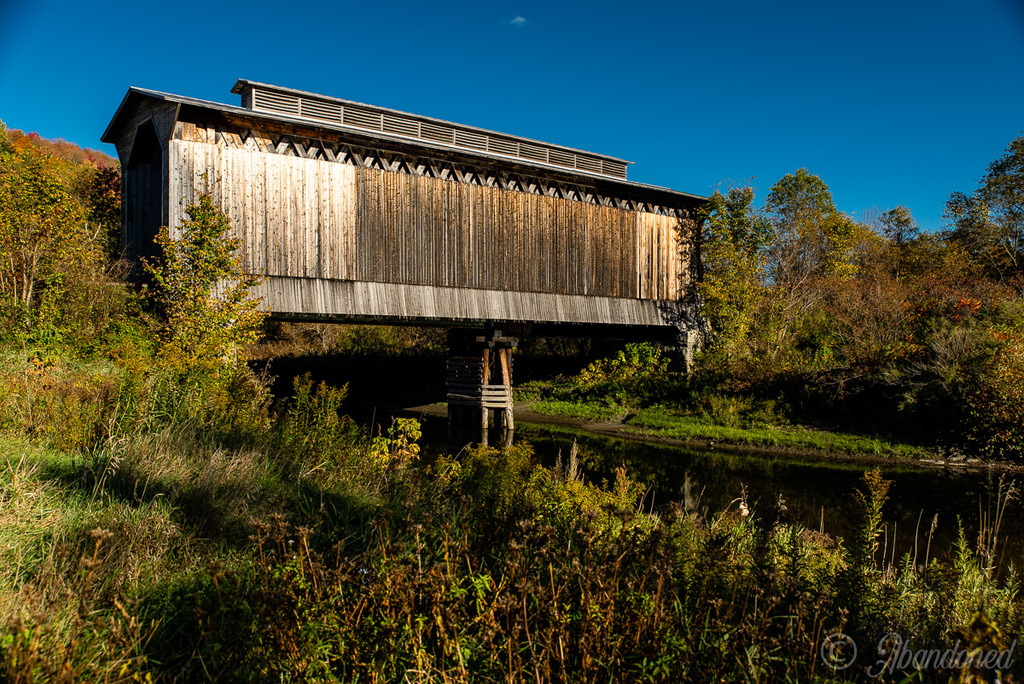 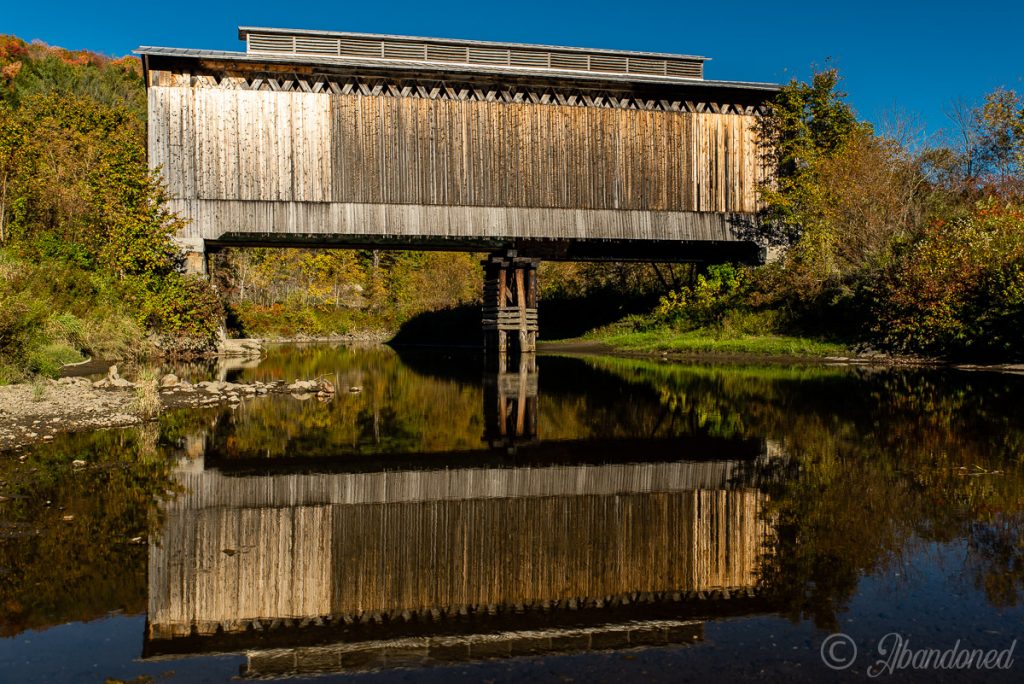 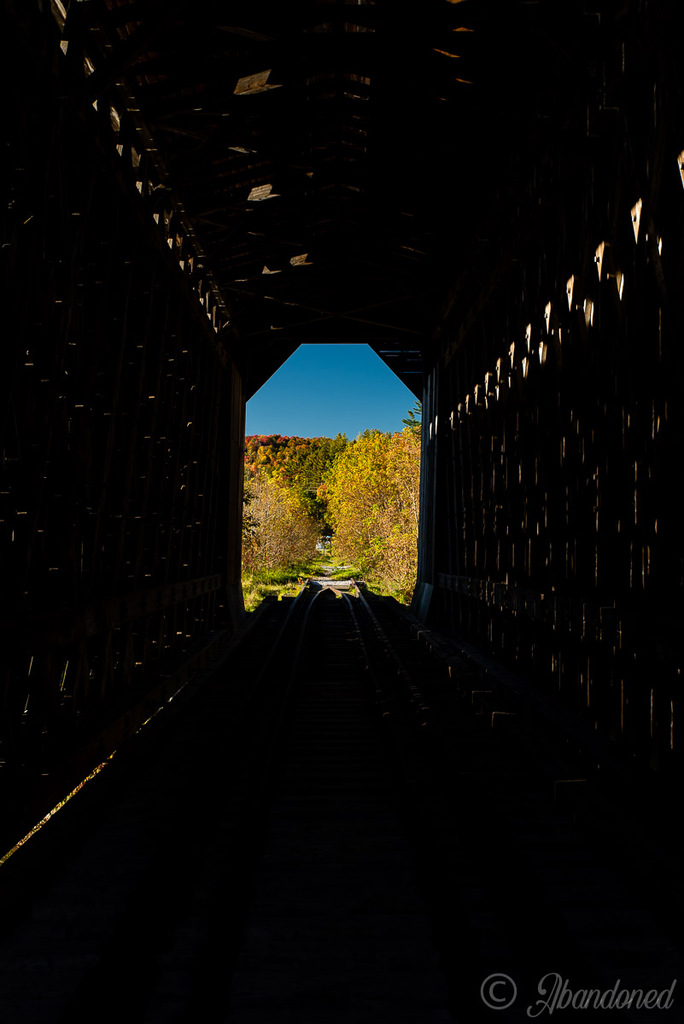