St. Joseph Church is a former Byzantine Catholic church in the Union-Miles Park neighborhood in Cleveland, Ohio. It featured Mission Revival and Spanish Colonial Revival styles. The church closed in 1980 because of a declining congregation and was repurposed for another church before becoming abandoned in 2002. The building was removed in 2016.

During the 16th and 17th centuries, the Roman Catholic Church attempted to convert Eastern Orthodox Christians in the Austro-Hungarian Empire, an area around today’s Hungary, Slovakia, Ukraine, and part of Poland. Resisting this, the Byzantine Rite Catholic Church, also referred to as Greek Catholic, was founded that retained much of the Eastern Orthodox traditions while acknowledging the leadership of the Pope. Masses were held on Old Slavonic rather than traditional Catholic Latin, and the Julian calendar was observed, rather than the Gregorian. A three-bar cross was also used in place of a Catholic cross, and clergymen were permitted to get married.

Musings for a church specific to the Rusyn population began in 1909, 5 but it was not until June 9, 1912, that the first general meeting was held in Jelinka Hall on Aetna Road to organize a parish. 1 A decision was made to buy several lots on Orleans Avenue in the Union-Miles Park neighborhood for a church and school on June 16. Within two months, the first church was erected for $3,000, and the first Divine Liturgy was offered on January 7, 1913.

In 1924, married priests were once again allowed to enter the United States, but married men could not be ordained as Byzantine Rite clergy. It was also the year that the nation enacted a national quota system for immigrants that affected those from eastern and southern Europe. 3 Between 1920 and 1938, only 7,500 Carpatho-Rusyns left for the United States. By the 1930s, more than 30,000 Carpatho-Rusyns had settled in Cleveland.

Due to an increasing Rusyn population, a larger church was necessary. After saving funds for a larger facility, a motion was passed on September 17, 1928, that a new church is built on the site. A Byzantine Revival architectural style building, with Mission Revival and Spanish Colonial Revival styles interspersed throughout, was designed by Polish-American architect Joseph E. Fronczak. 11 The exterior was marked with semi-circular fenestrations, a low-pitched clay tile roof, and two copper domes atop towers. A general contract for construction was let for $60,000 in 1933. 13 After the new church was completed, the old facility was renovated into a recreational hall. 11

The ground was broken on October 23, 1955, for a $400,000 eight-room school and parish rectory, with Reverend Vladimir Firzcak turning the first spade of dirt during the ceremonies. 4 The project also included remodeling the convent 4 and the razing of the original 1913 church. 5 The old parish rectory, a wood-framed building, was moved to an adjoining lot and enlarged to serve as a convent for the Sisters of St. Basil the Great. A cornerstone was installed on June 10, 1956, and the school – the third for Byzantine Catholics, was completed that fall. 7

Bishop Nicholas T. Elko of the Pittsburgh Apostolic Exarchate spoke on August 25, 1957, of the new high school for St. Joseph. 6 12 The high school consisted of four temporary classrooms in the 1955 school building. A formal high school wing was constructed in 1958.

In the fall of 1961, the new St. John Byzantine Central Catholic High School opened in suburban Parma, which featured 16 classrooms, laboratories, and workshops. 8 Originally planned as an elementary school, the facility was built at the Byzantine Catholic Center. The center was constructed from 1959-60 and opened at the cost of $500,000. As a result of the school’s opening, St. Joseph’s high school, with 124 students, was closed, and the rooms reused for elementary students.

The Union-Miles Park began to a slow population and demographic decline starting in the 1970s, and with the Easter service in 1980, St. Joseph, which had dwindled to 100 active members, closed. 10 The building had been sold to the Greater Zion Hill Baptist Church for $65,000. Members of both churches joined for a combined service on April 13 at 4 p.m., which marked the time when the building was officially turned over to the Baptist congregation.

The parish constructed a new 35-acre suburban facility in Brecksville. Until the new church opened on June 30, 1985, 9 services were held at the Brecksville Junior High School. 1

After Zion Baptist struggled with the maintenance of the church, it was sold to the House of Glory on November 1, 2002, where it was transferred in a quitclaim deed to the Tiger Financial Corporation and sold to the Greater Tabernacle Church for $50,000 on July 14, 2010. 2 In February 2016, the long-abandoned St. Joseph Byzantine Catholic Church was demolished. 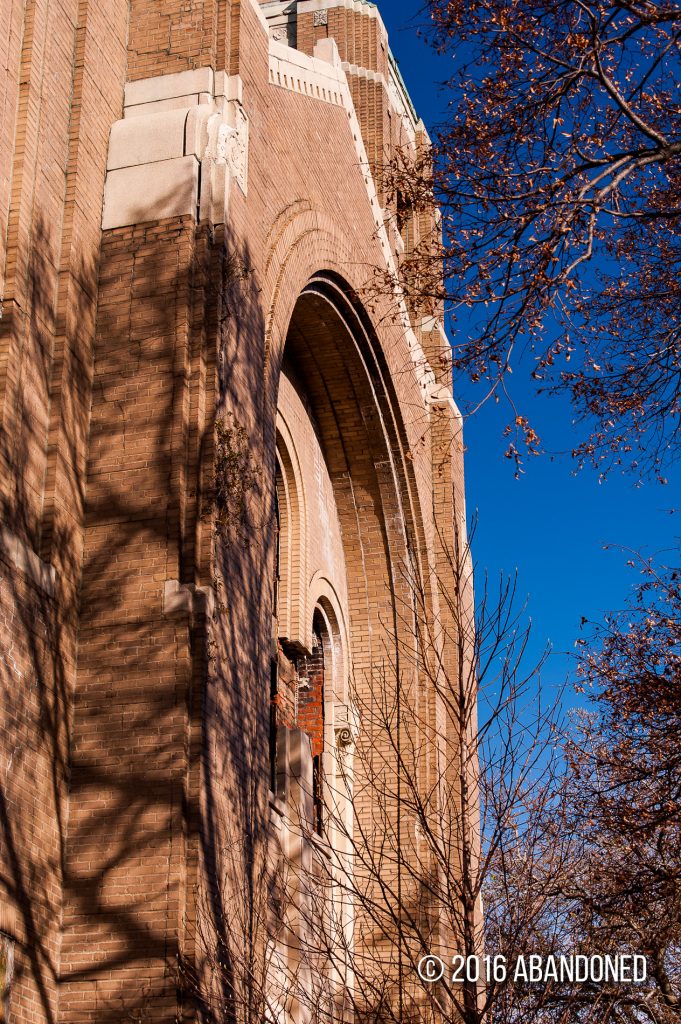 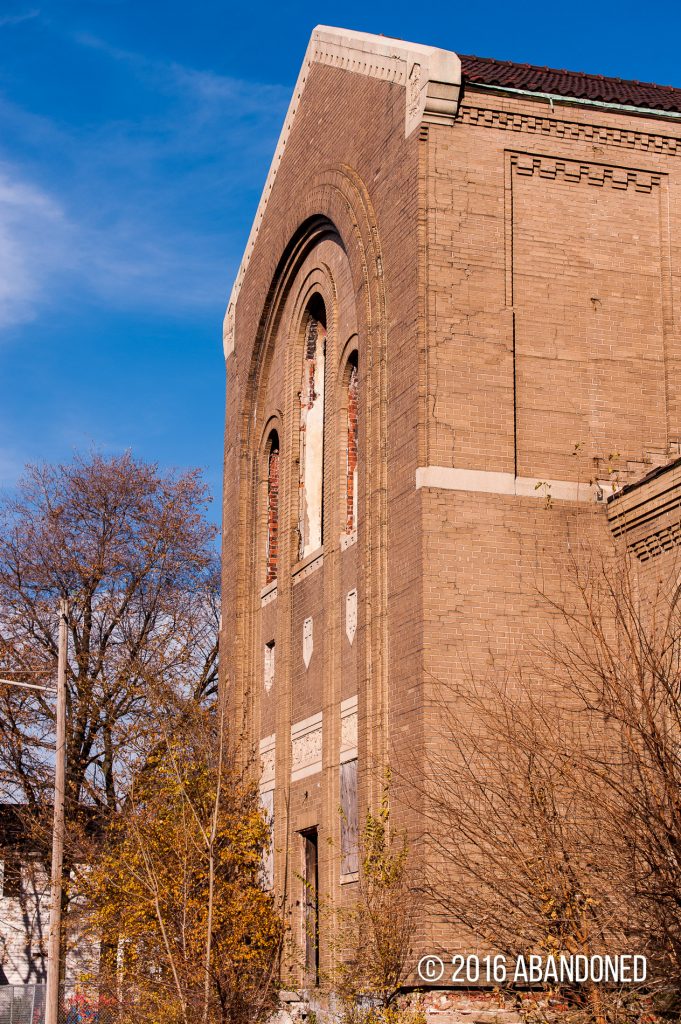 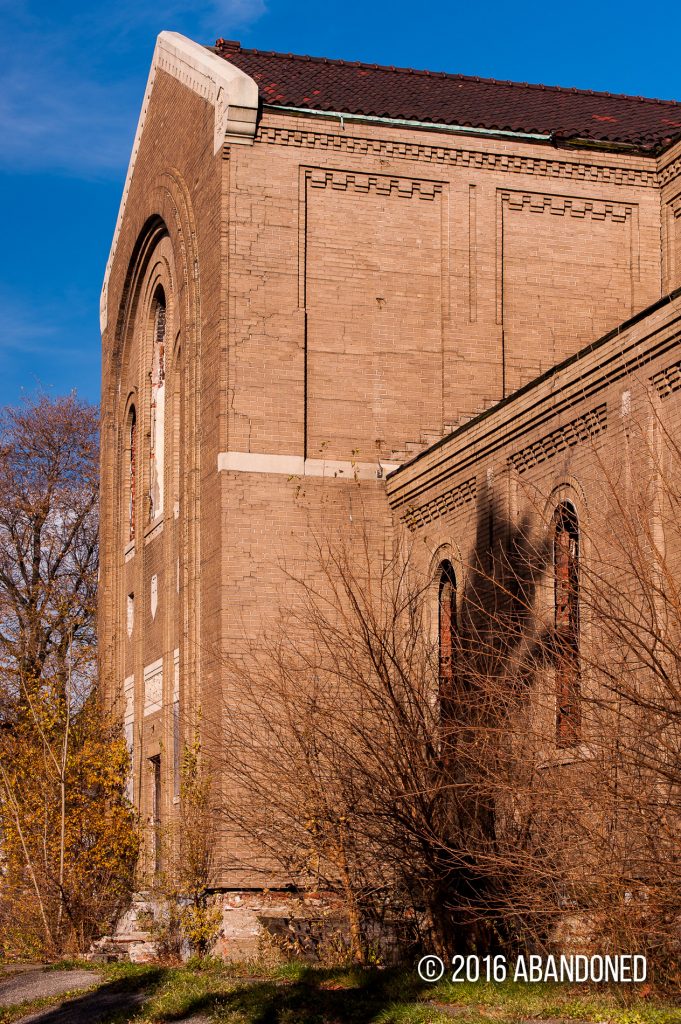 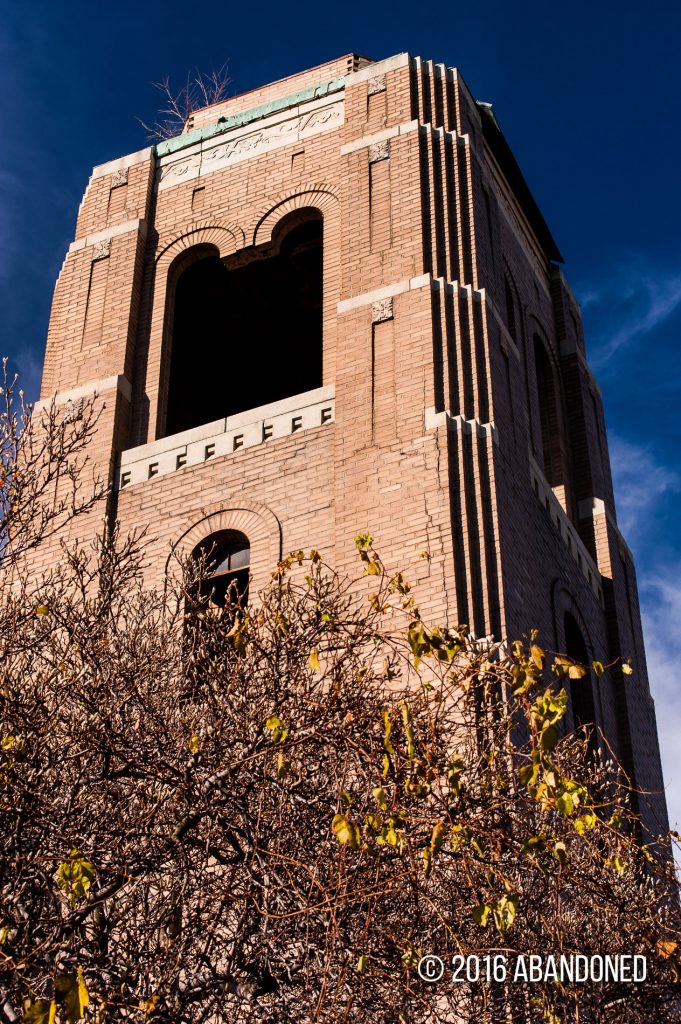 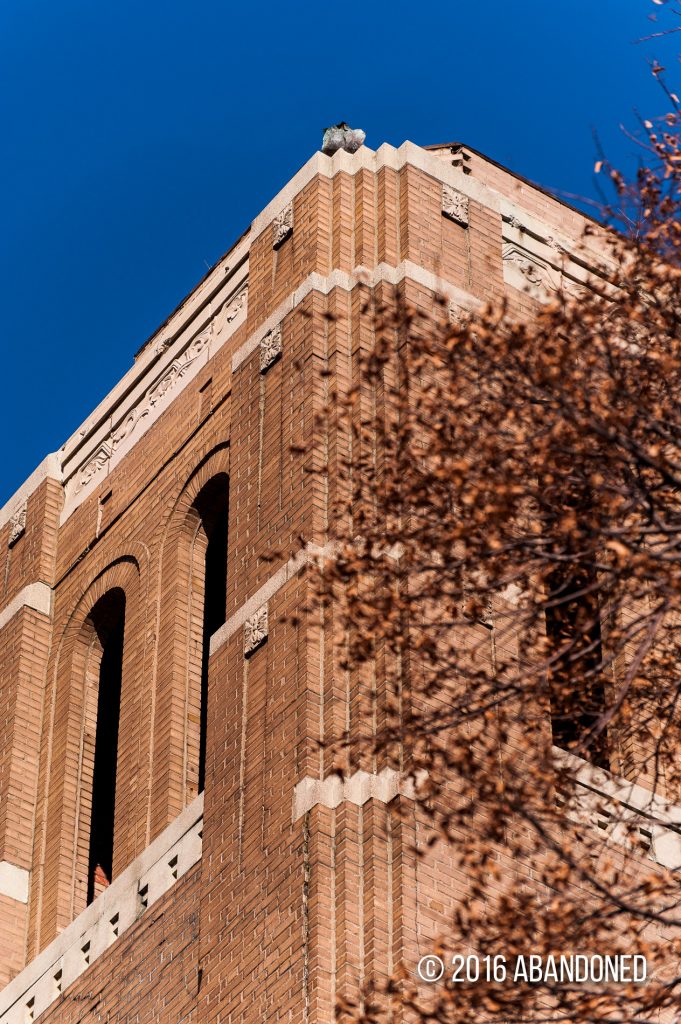 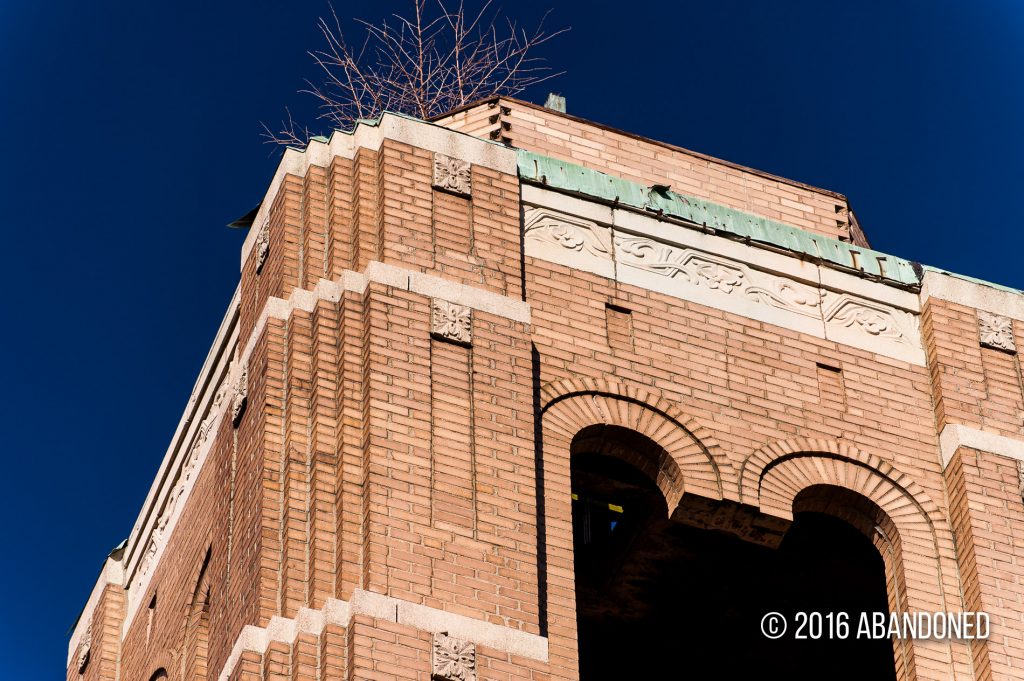 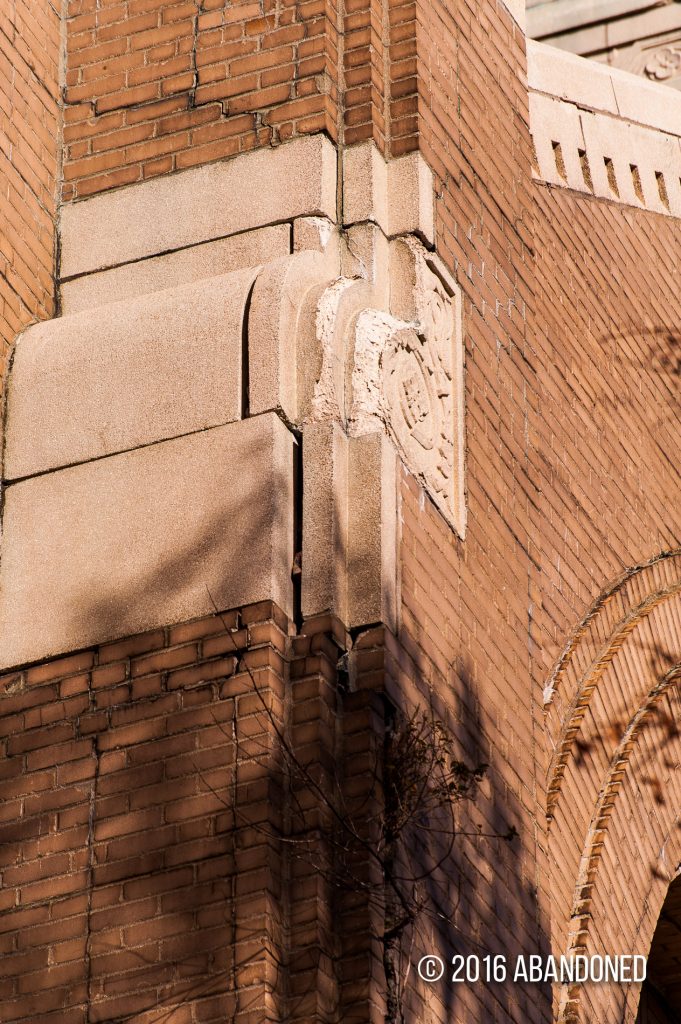 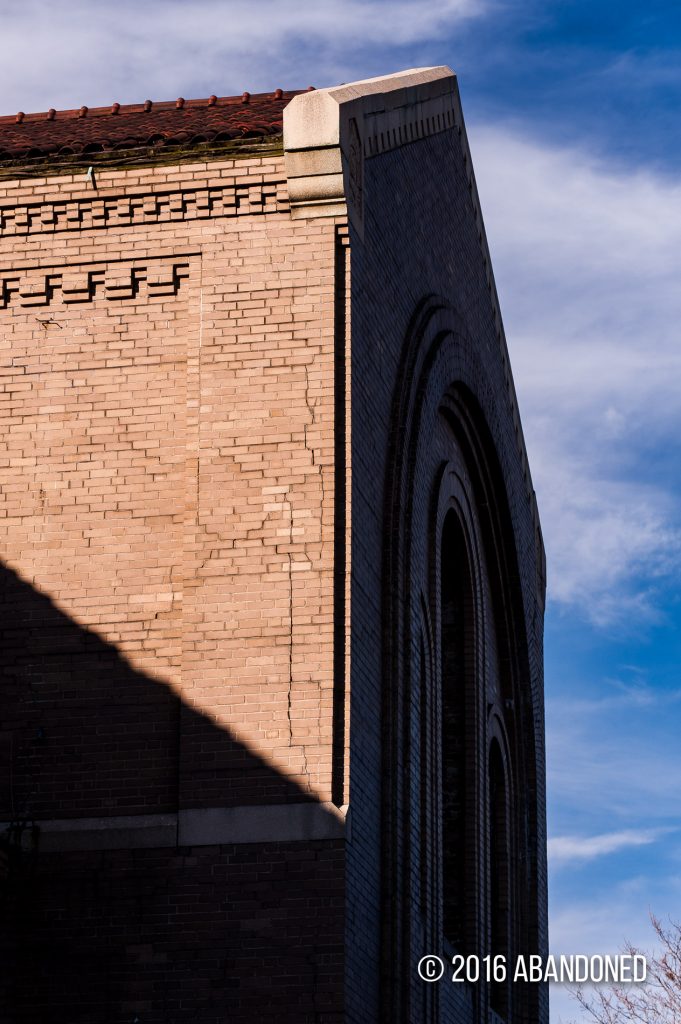 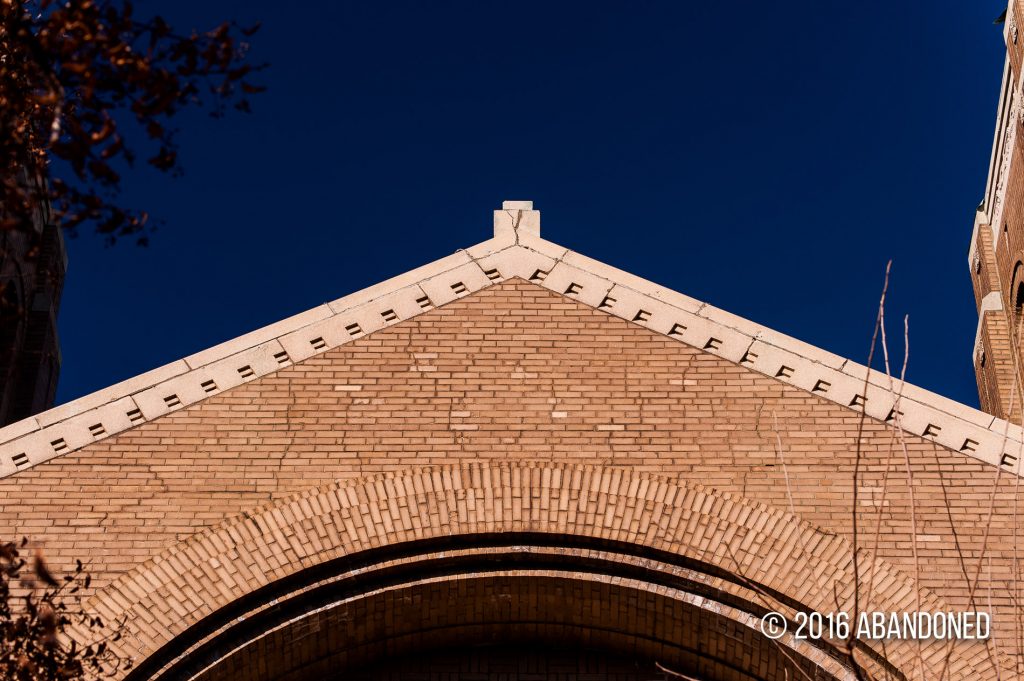 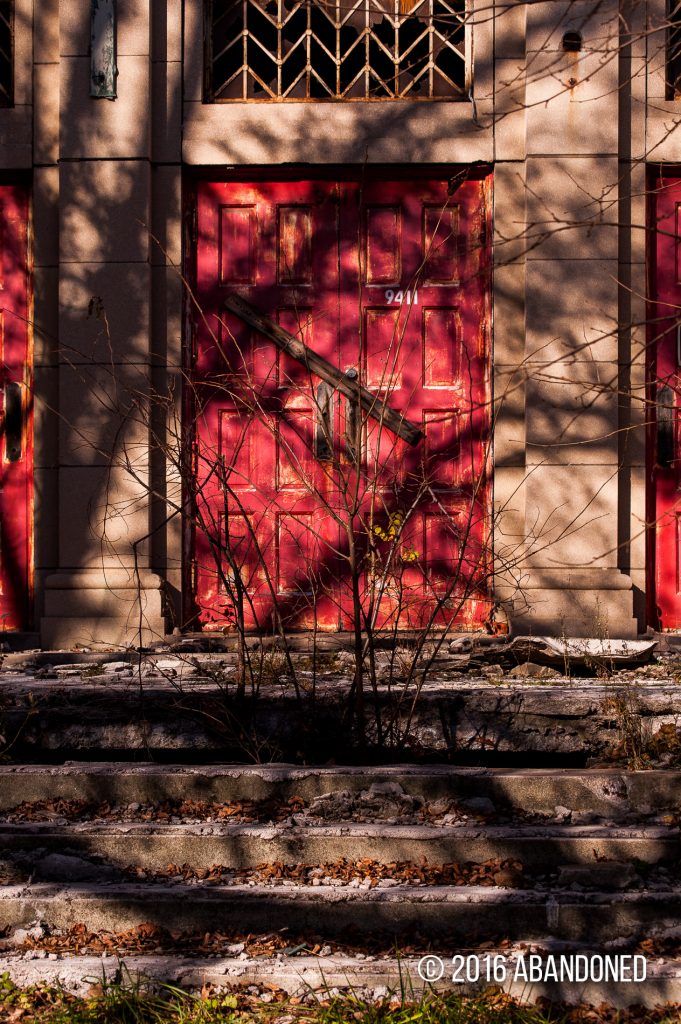 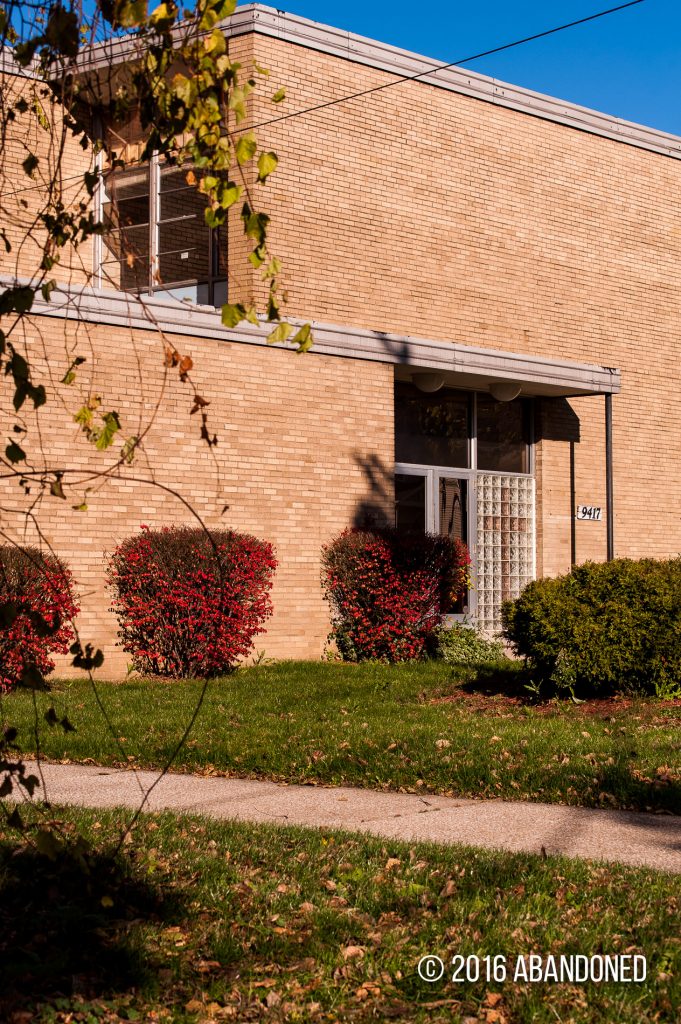 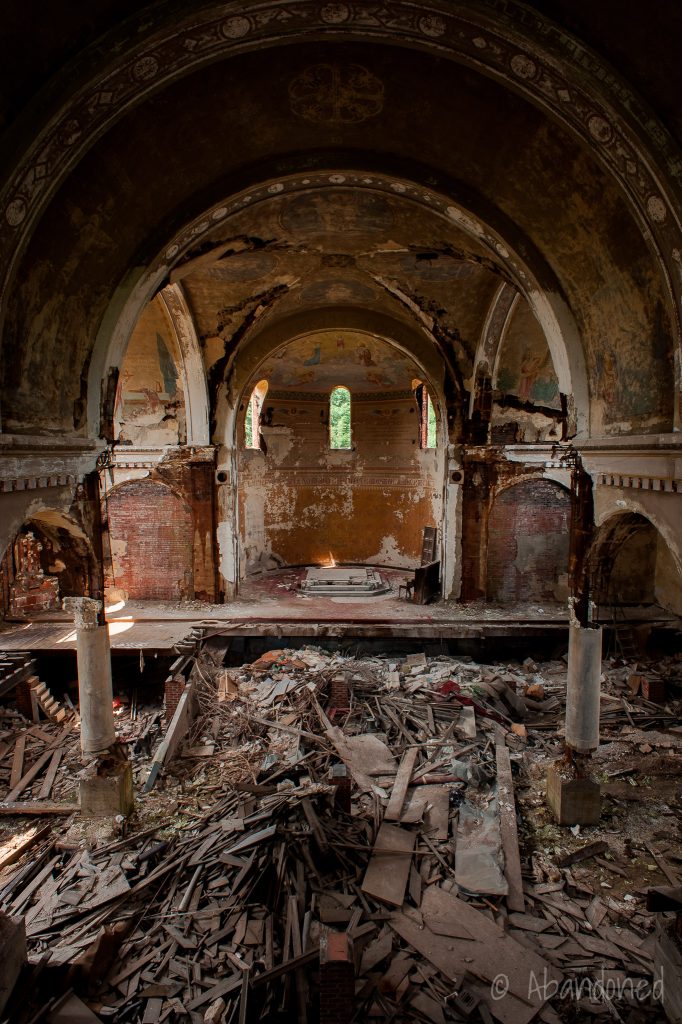 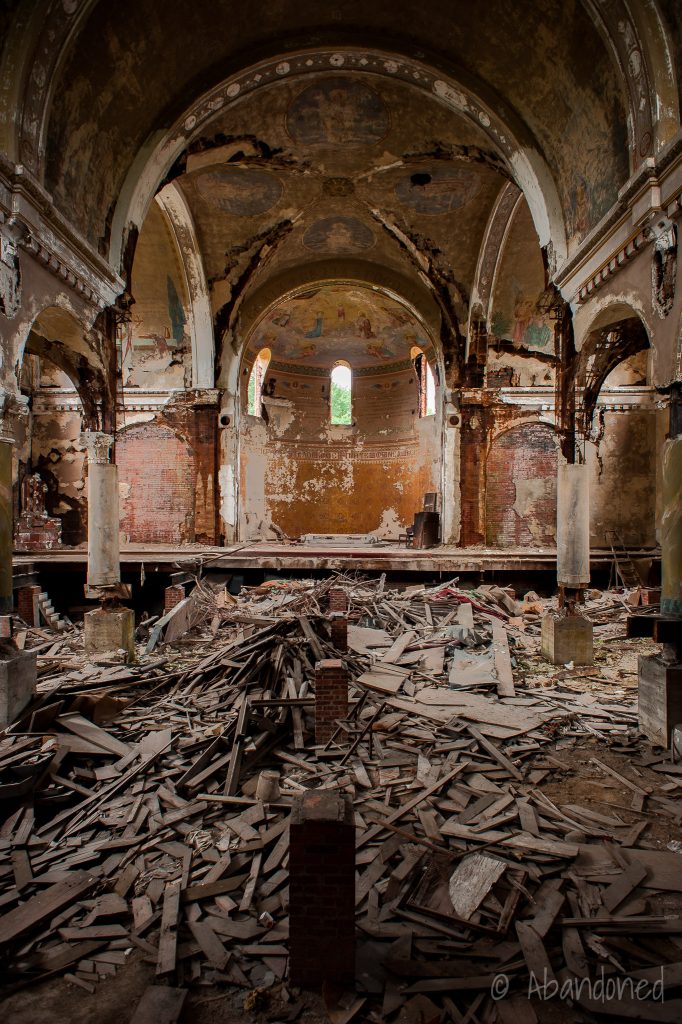 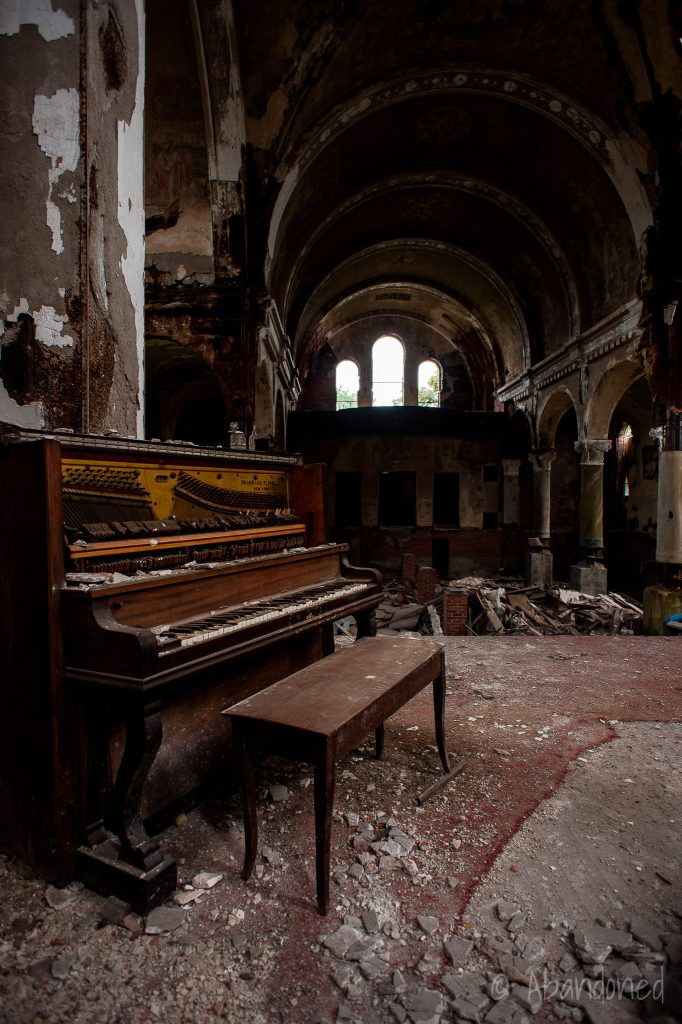 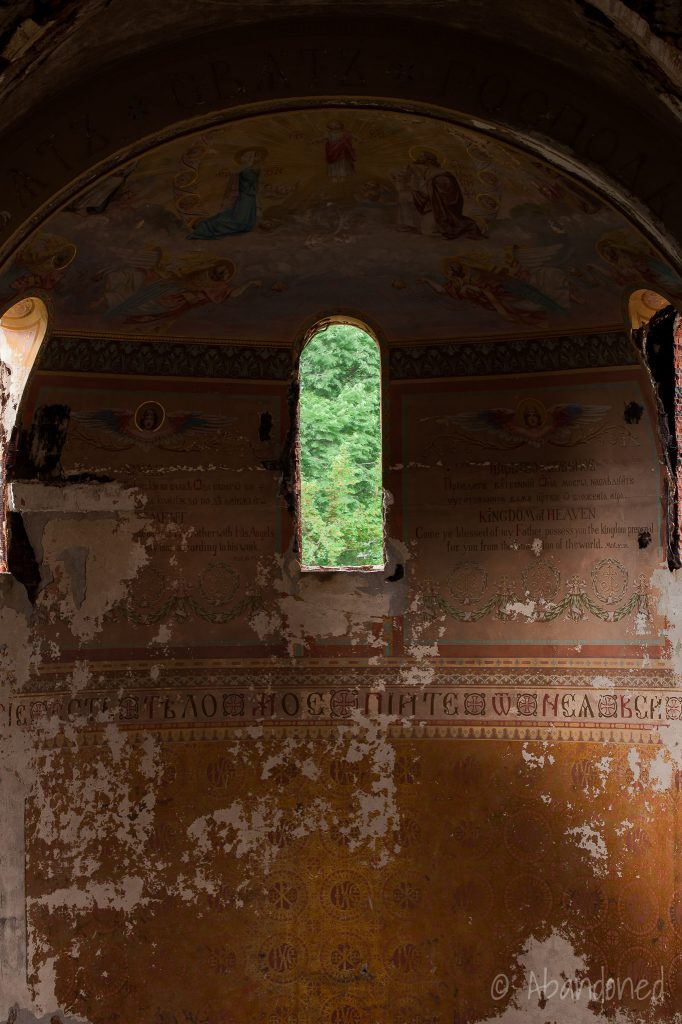 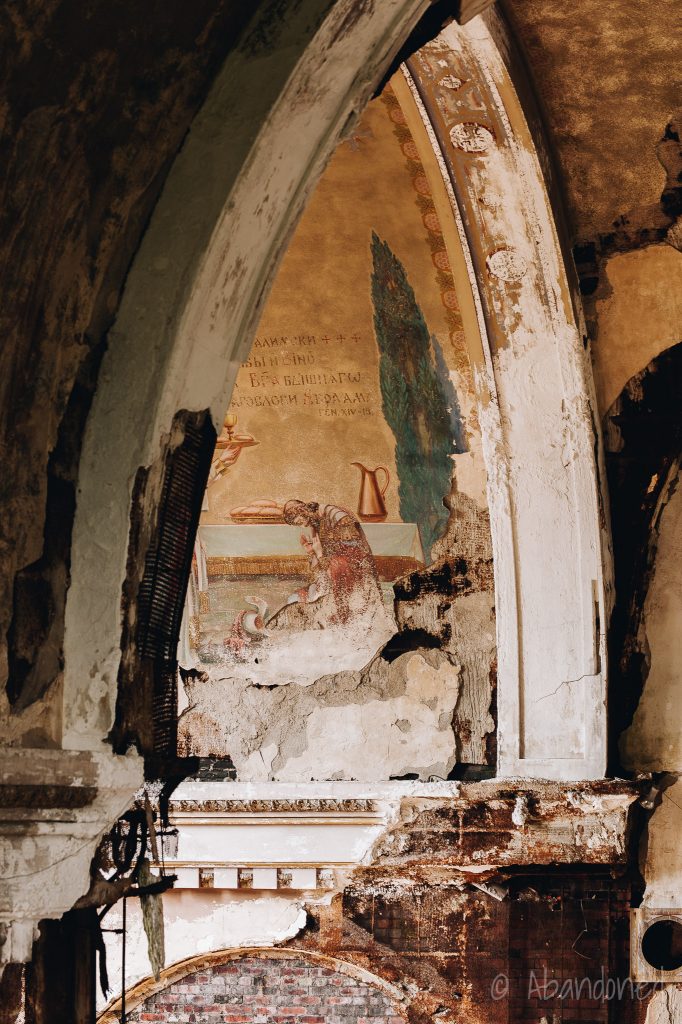 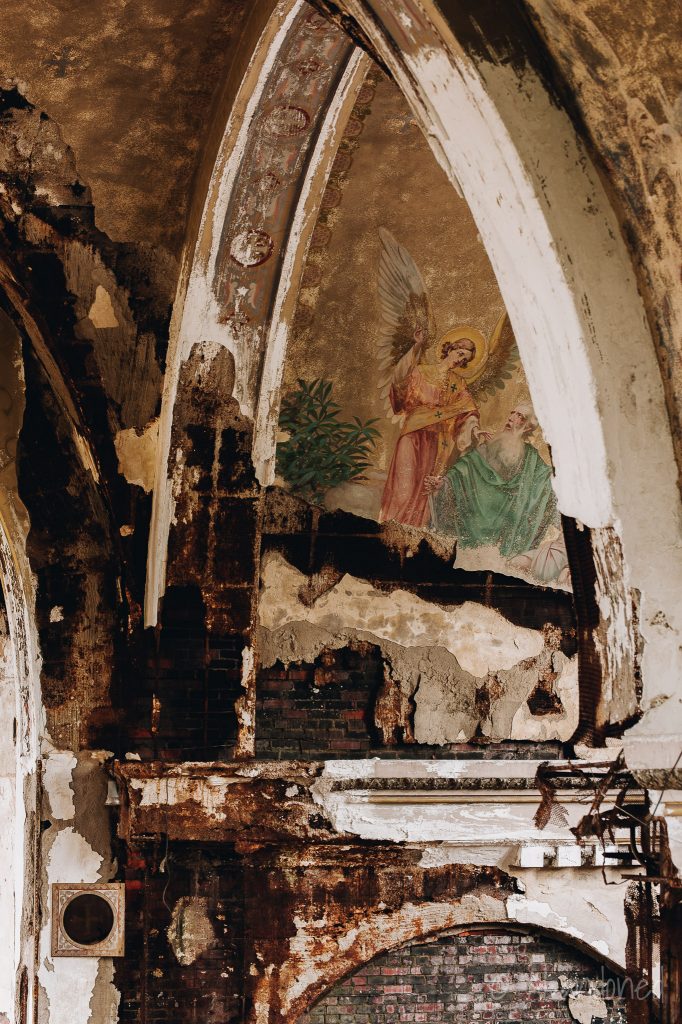 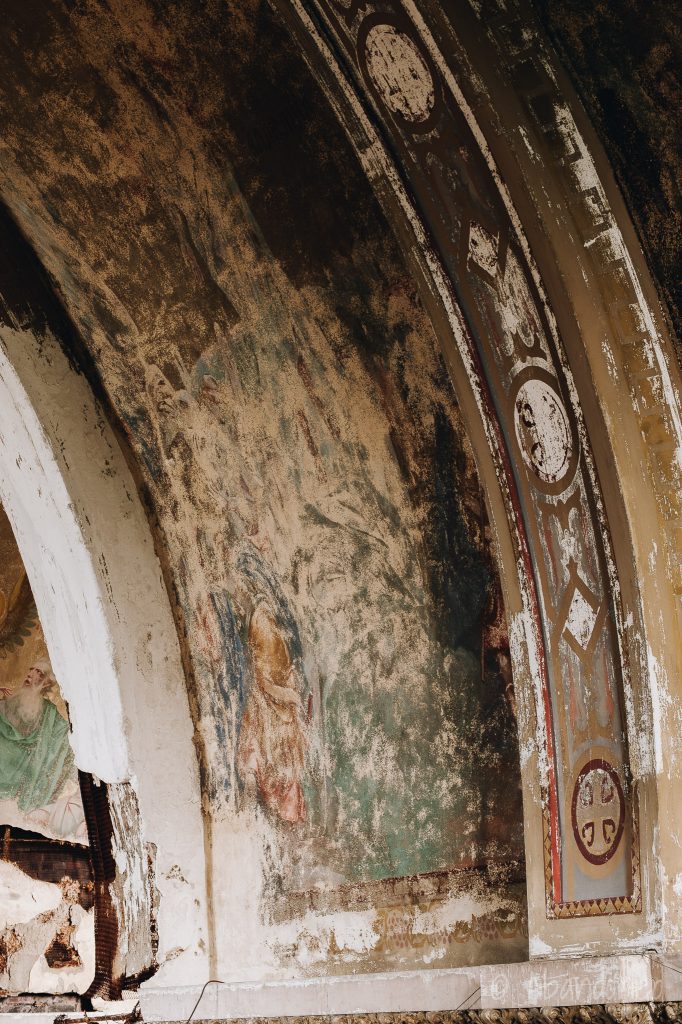 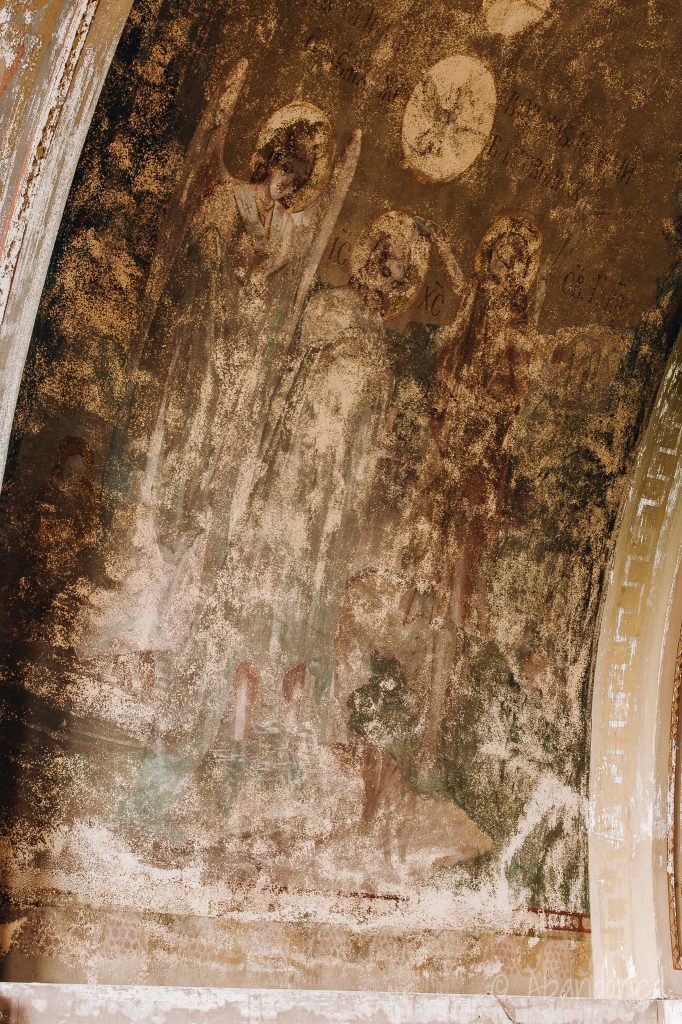 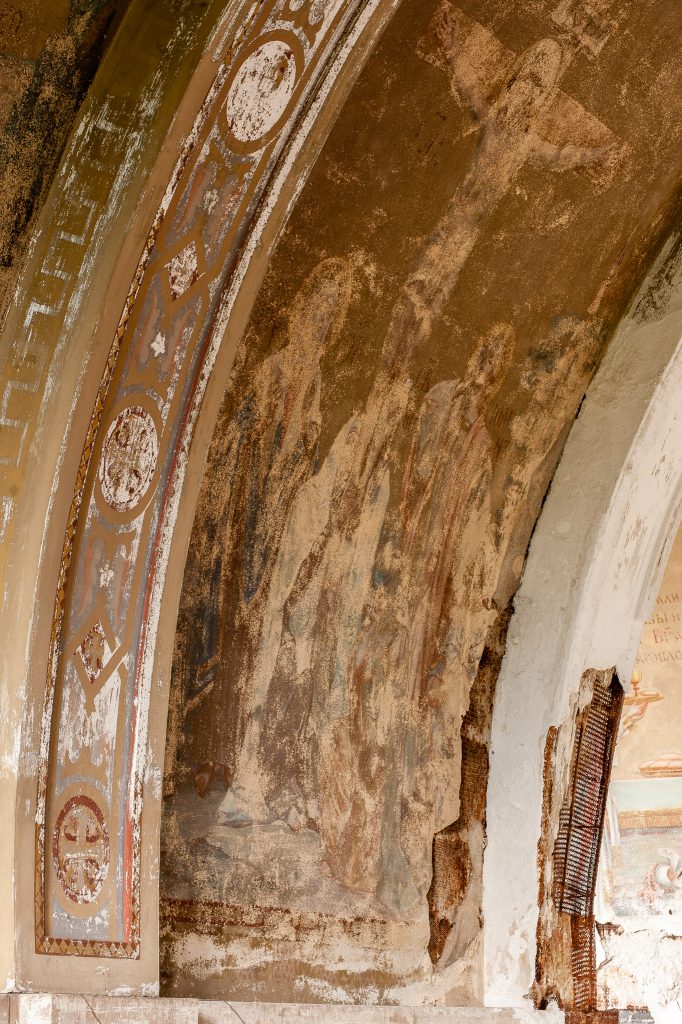 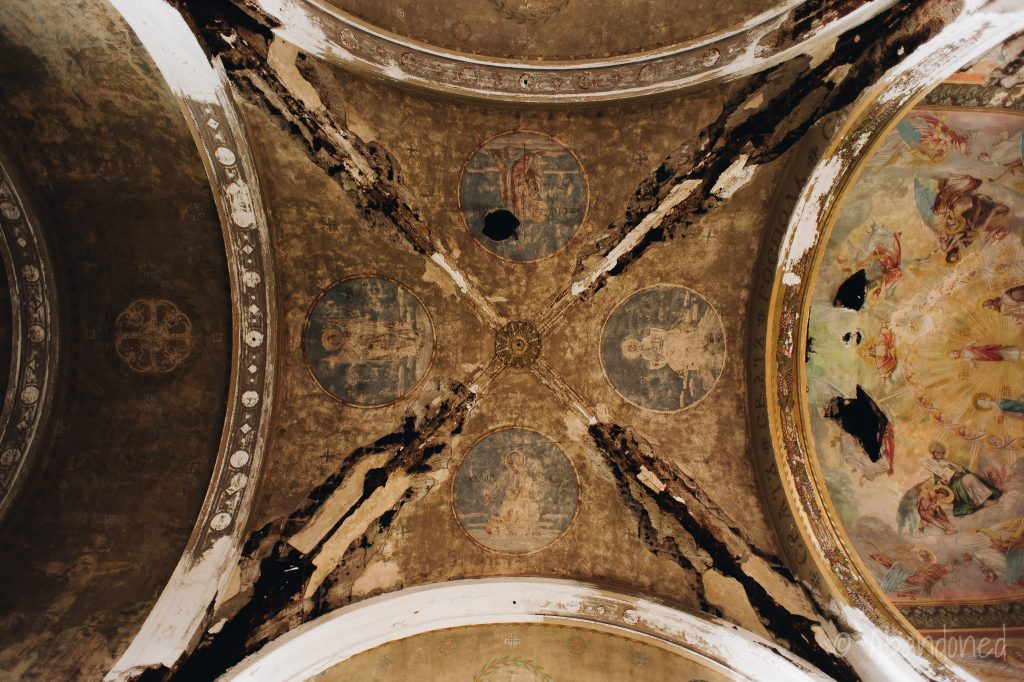 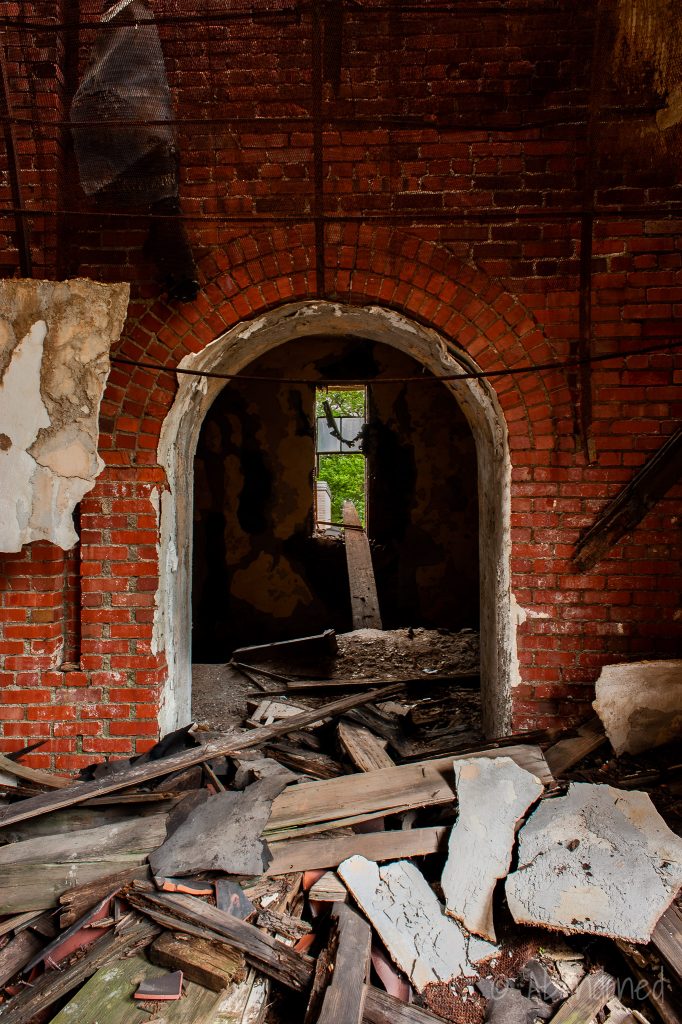