The Suwannee Belle is an abandoned riverboat in east-central Pennsylvania. It was fabricated by Lacrosse Riverboat Company in LaCrosse, Wisconsin in 1985, and was patterned after the paddle wheeler Belle of Suwannee that previously floated along Florida’s Suwannee River.

The Belle had a capacity of 150 passengers along the East River Bay and Hudson River in New York City, 1 and measured 80-feet long, 20-feet wide, and 32-feet tall, with a gross weight of 50 tons and a draft of 22 inches, powered by two 35-horsepower diesel engines. 1 5

The riverboat had a brief sojourn in Mobile, Alabama before moving to Johns Pass, Florida, where it was used for tours along the intercoastal waterway. 5 In January 1988, the Suwannee Belle was acquired by Richard Corbin, who began operating the stern-wheeler along the Suwanee River five days a week. Paddling at 5 to 7 knots for 24 miles, the in-and-out trip took 1¾ hours. Dinner cruises were held on Friday and Saturday nights, where a buffet served beef, ham, and shrimp. Live music entertained guests.

In November, the Belle was blown 60 miles off course, broke a hydraulic line, and ran aground on a sandbar off Hernando Beach after it struggled to navigate the Suwannee River to Anclote Key and Crystal River. 6 The Belle had been heading to Ancolote Key for inspection at a Coast Guard station, and then to Crystal River where Corbin was going to offer cruises through May.

The Suwannee Belle was decommissioned in 1991 and placed in dry storage in Tuckahoe, New Jersey. 2

Scott Powell, inspired by the shrimp boat in “Forrest Gump,” acquired the Suwannee Belle in early 2003. 1 Powell had traveled to a food and restaurant convention in Atlantic City in November 2002 to learn contacts to purchase a small boat, and through those contacts, came across the Belle in a shipyard. After brief negotiations, Powell bought the riverboat for $1.

Powell intended to renovate the boat and decorate it in a rainforest theme and have it surrounded by water in a human-made pond. 1 The Towne Crier Cafe was to encompass the ship and include a tiki bar, volleyball courts, and horseshoe pits. The restaurant was intended to be open by July.

The Suwannee Belle’s paddle wheels, captain tower, and upper deck were removed so that the boat could be moved from New Jersey in February 2003. 1

The Towne Crier Cafe later declared bankruptcy and the restaurant and boat were auctioned on October 12, 2005. 7 The new owners of an adjoining restaurant paid homage to the Suwannee Belle, naming their restaurant and bar the Riverboat Saloon but the boat was left abandoned. 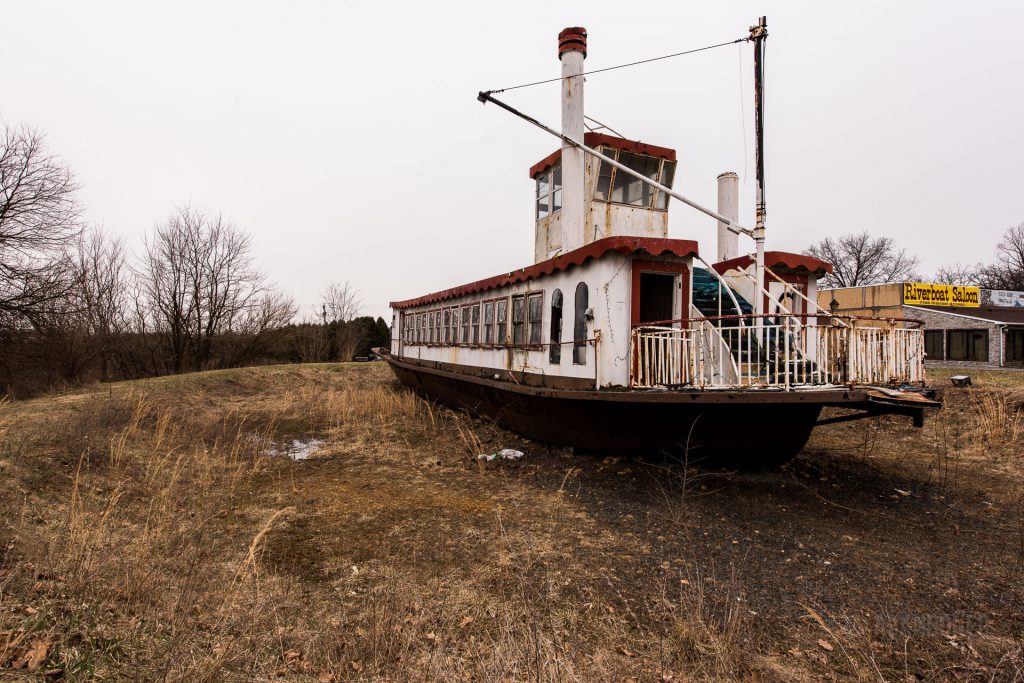 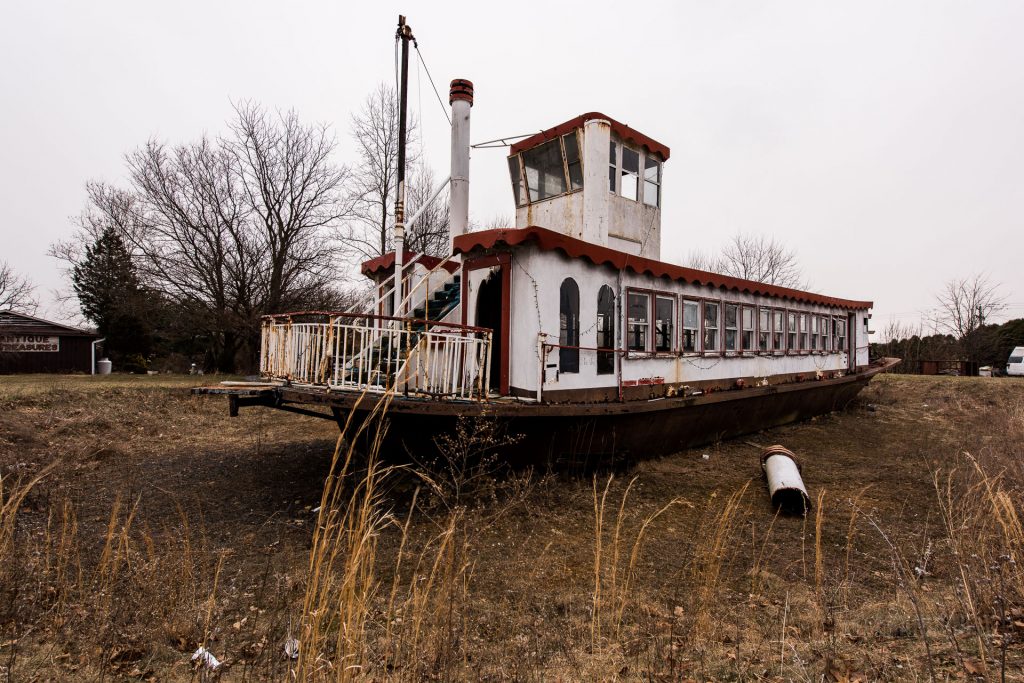 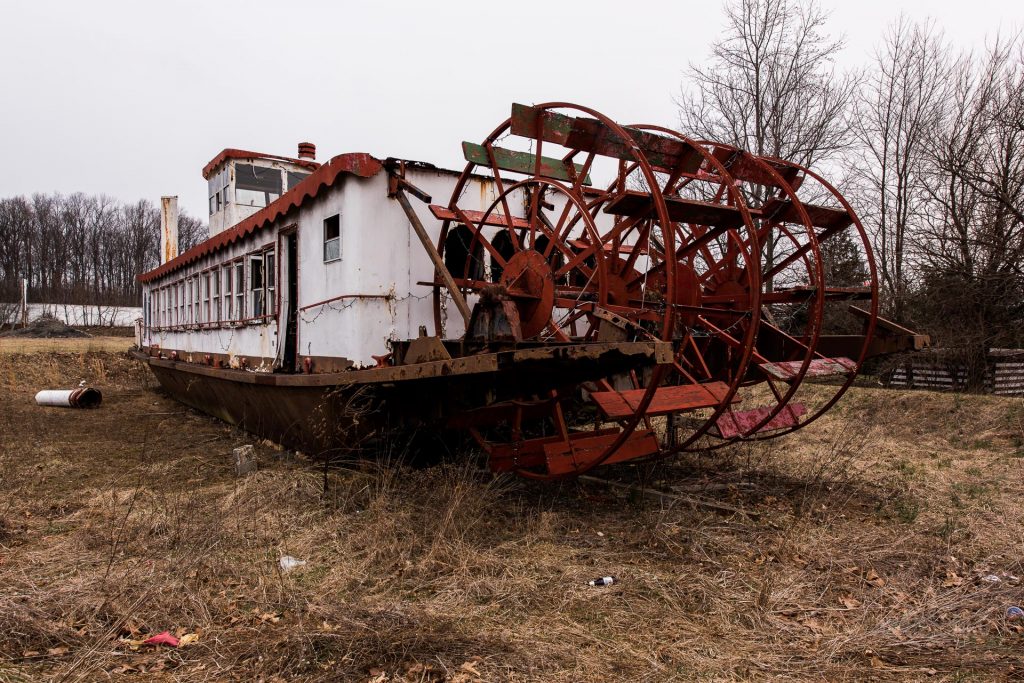 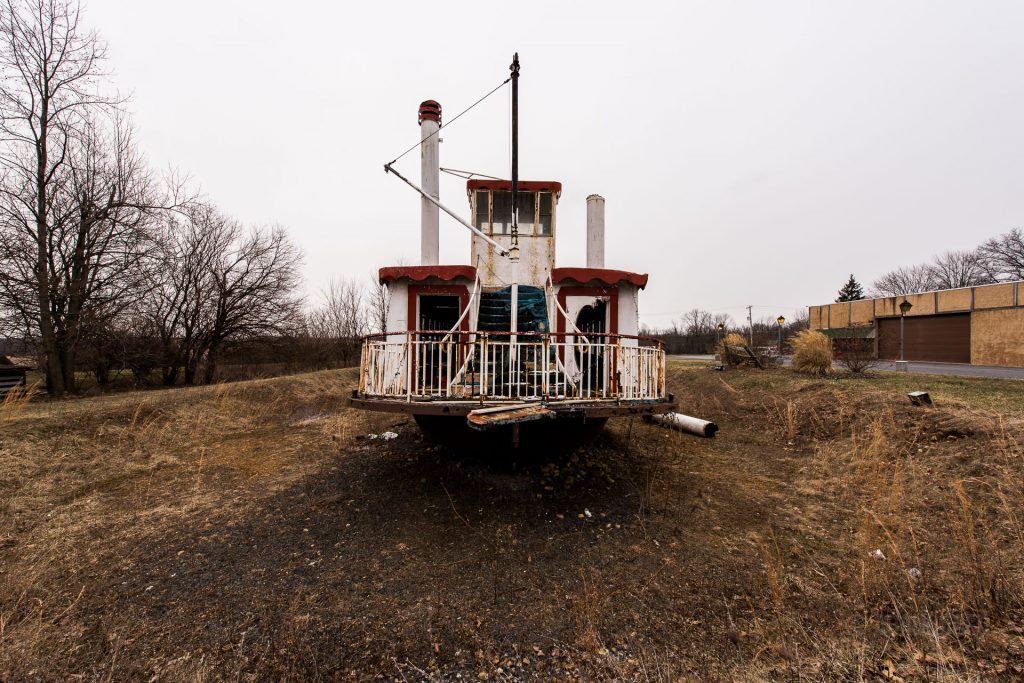 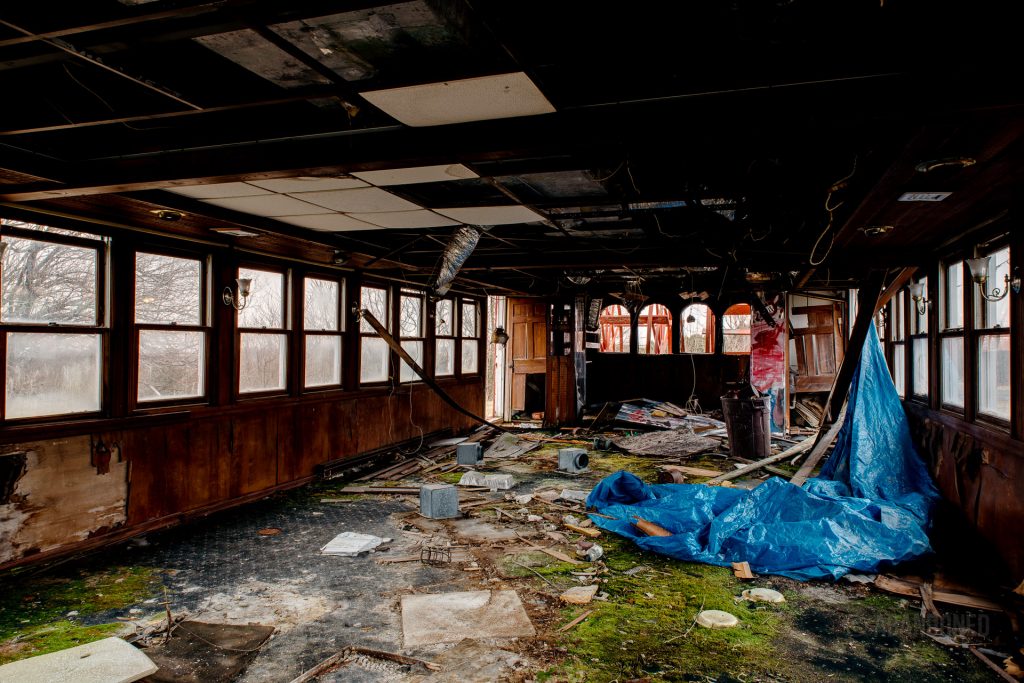 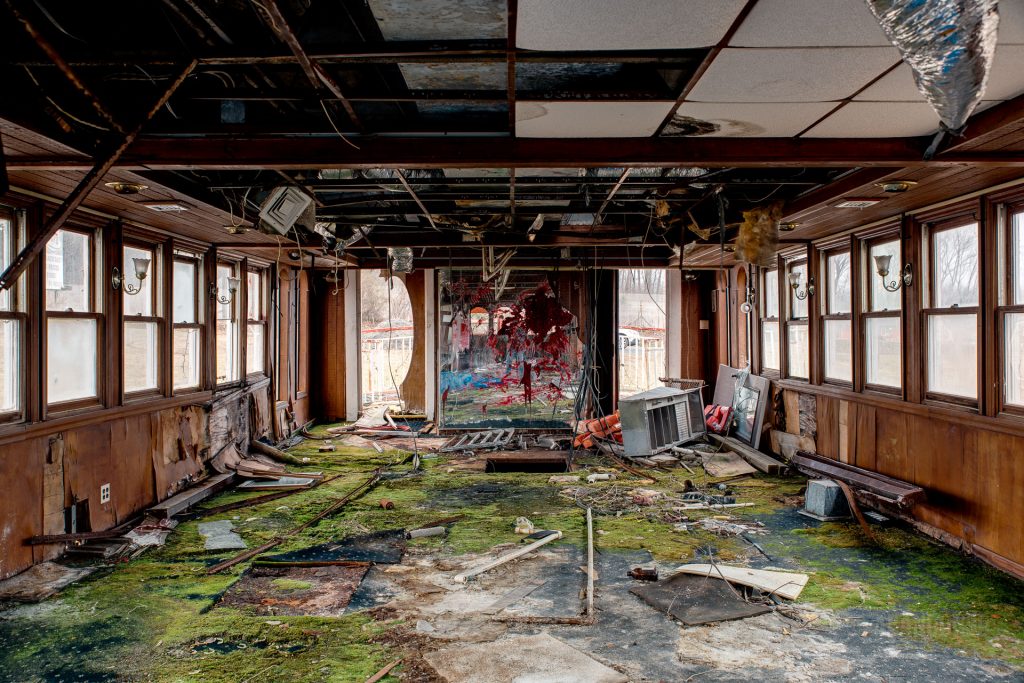