Town Line Bridge is an endangered Lenticular through truss over the Otselic River on Town Line Road in Cortland County, New York. It is one of 13 extant examples of its type remaining in the state.

Town Line Bridge was constructed in 1888 by the Berlin Iron Bridge Company of East Berlin, Connecticut. 1 A pony truss was added to the east side by the Groton Bridge Company in 1903 to cross a spillway from an adjacent sawmill.

The spillway, later abandoned, was reclaimed by nature and gradually filled in. 1 The western abutment was later faced with concrete and the driving deck was last replaced in 1976.

Because of the bridge’s deteriorating structural condition, it was closed to automobile traffic in 1990. 1 It remains open to pedestrians and snowmobiles, although it is in imminent danger of failure as the western abutment is failing, causing the northwest end post to shift and forcing the lower chord to bow. 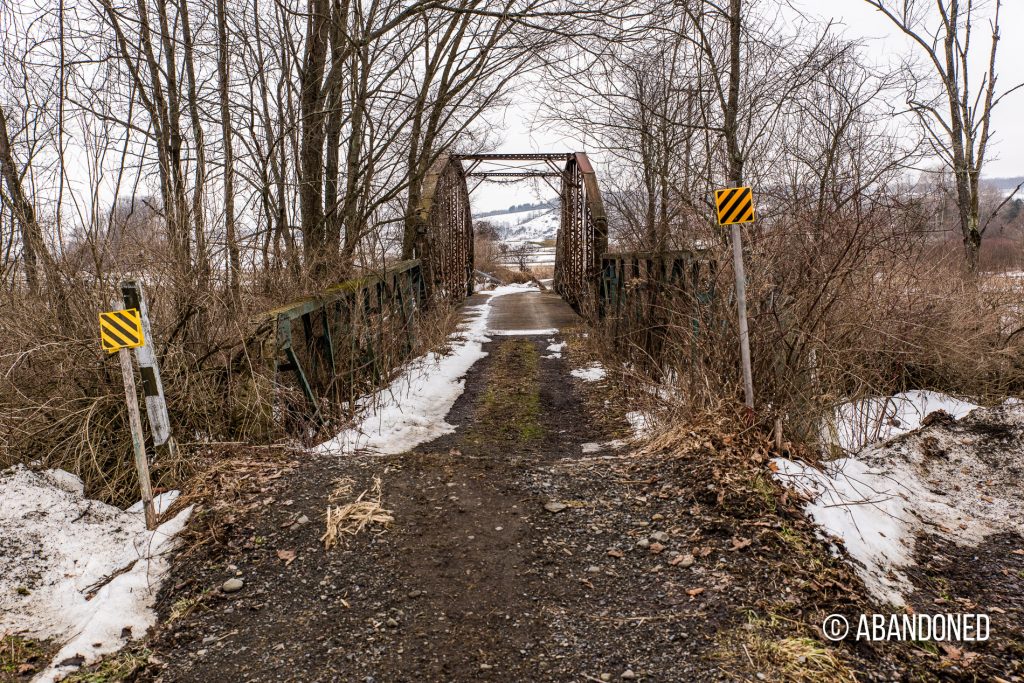 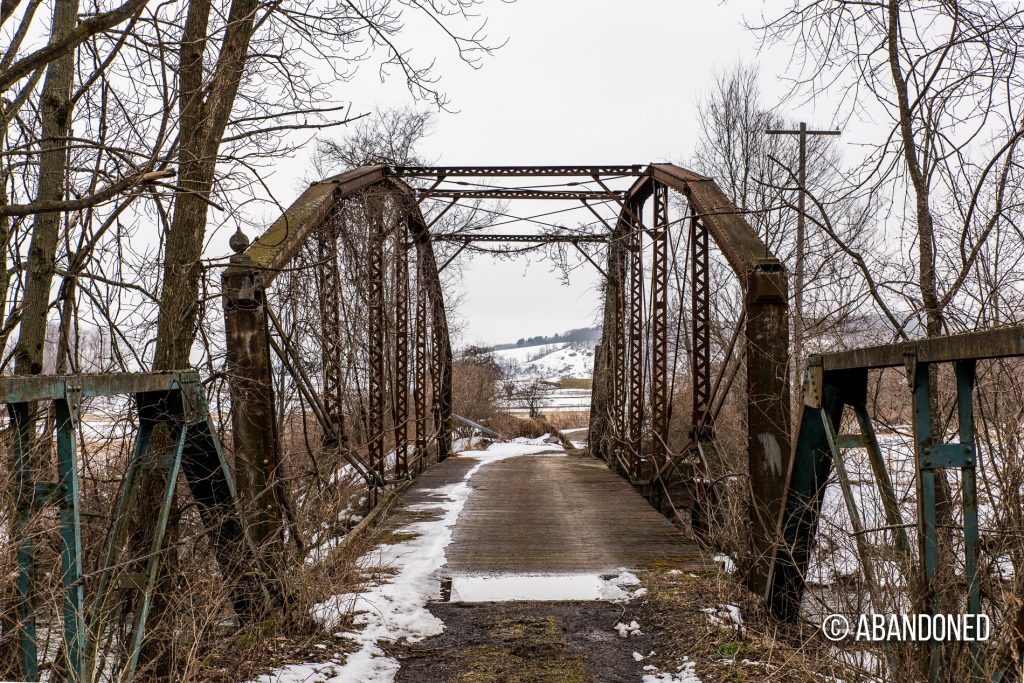 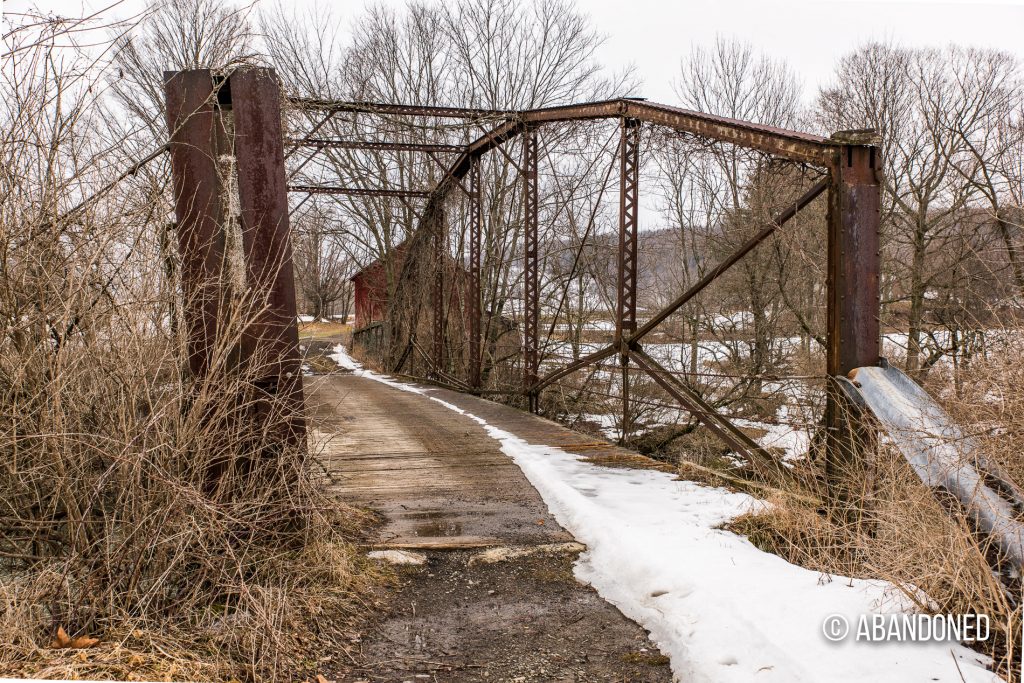 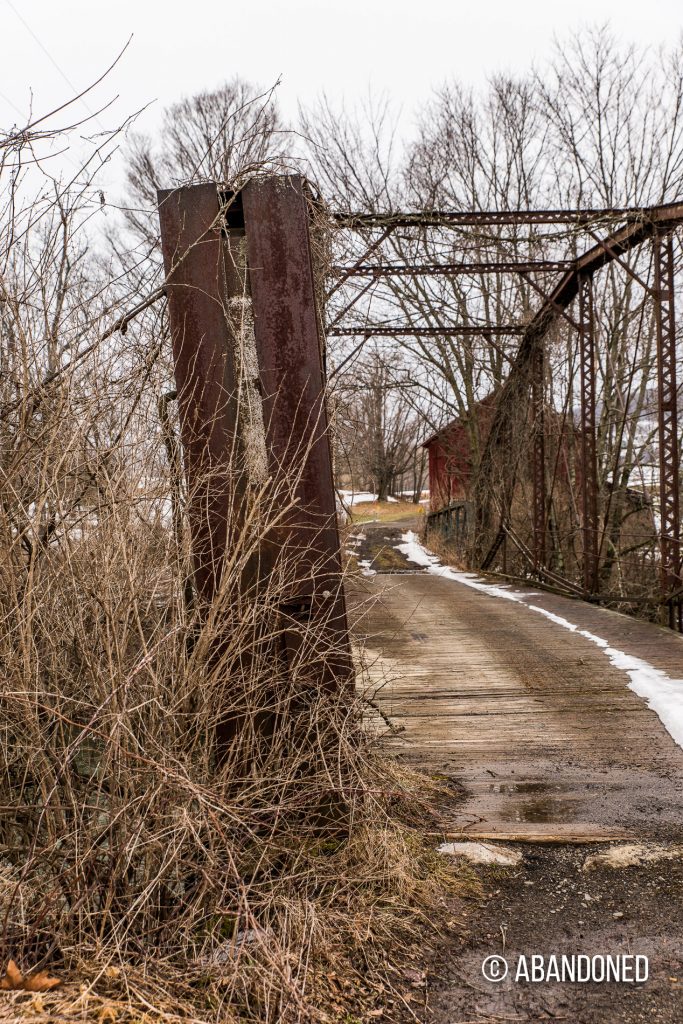 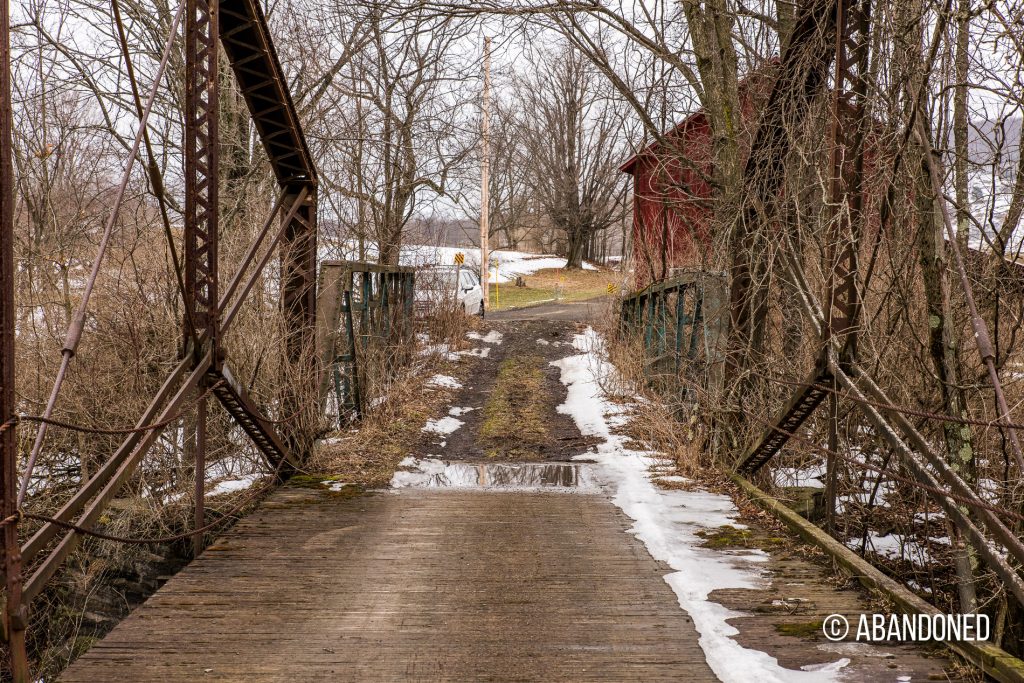 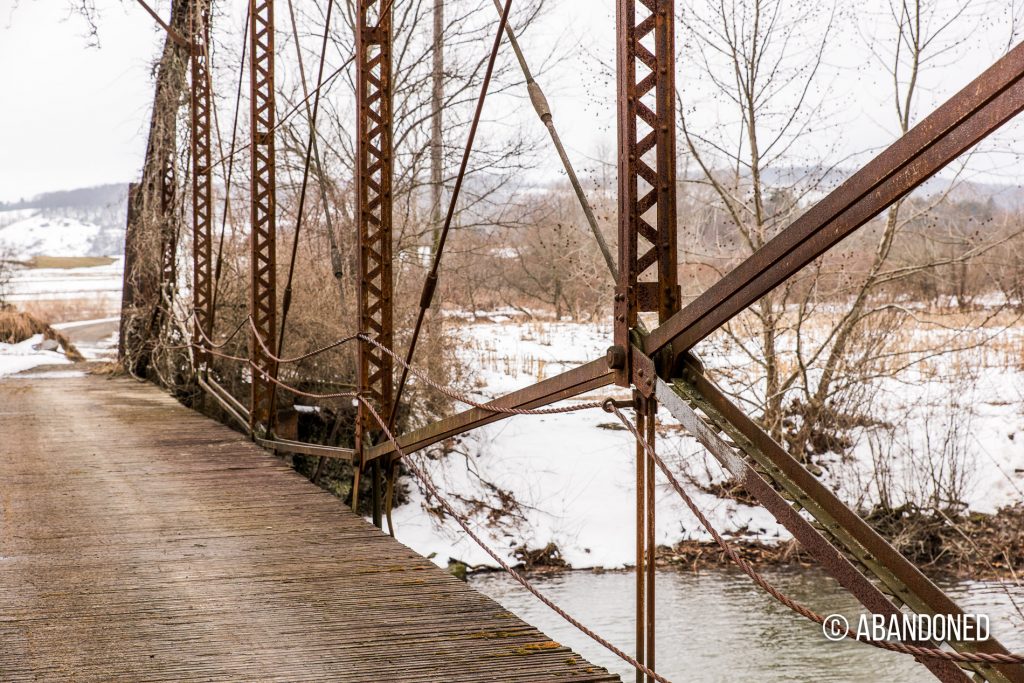 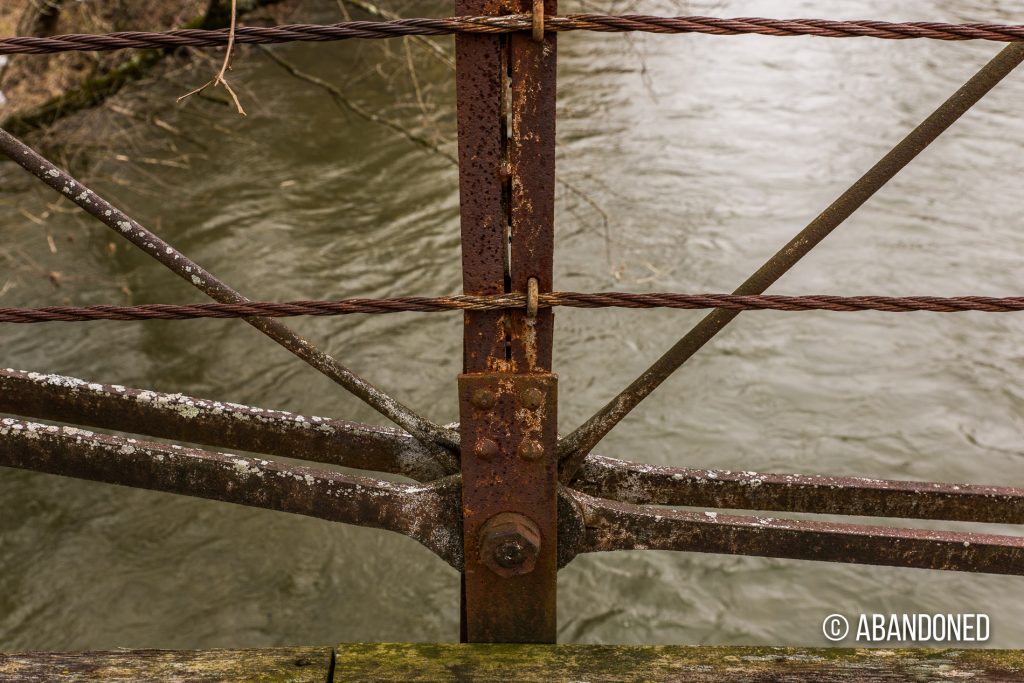 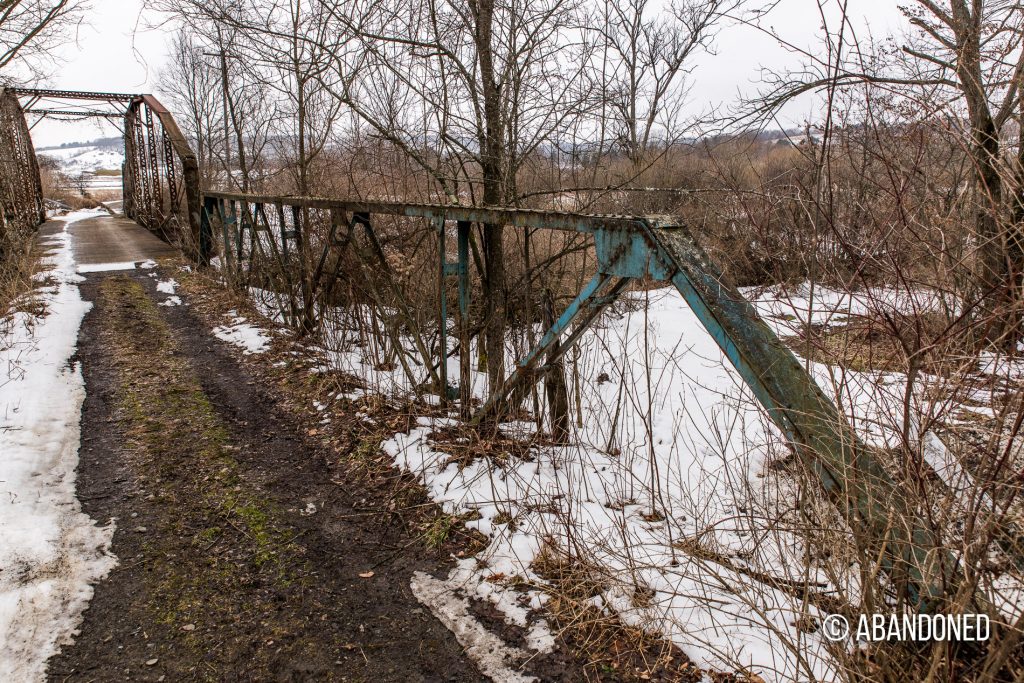 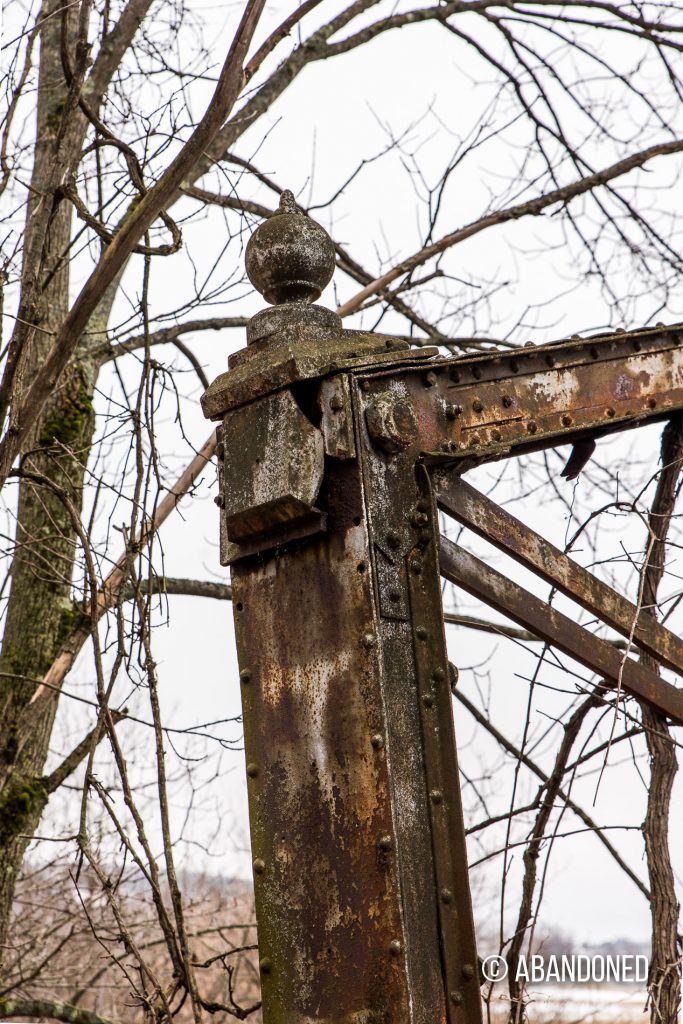 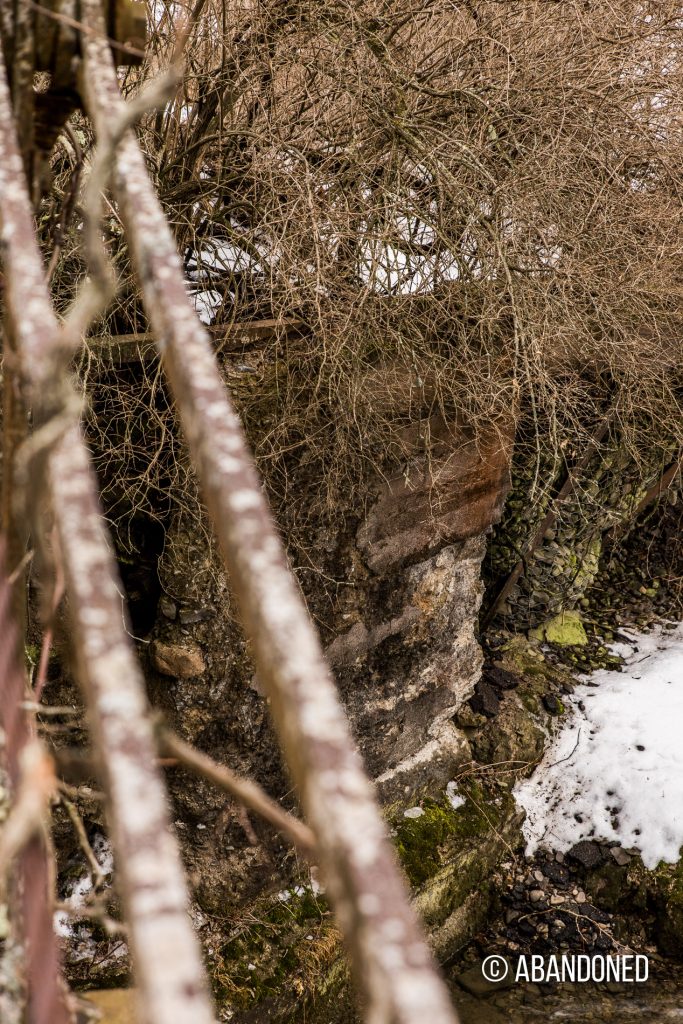