The Barnegat, abandoned at a marina in Camden, New Jersey, was built in 1904 to serve as a lightship near Cape May Lighthouse and Barnegat Inlet. It was later positioned at the Chesapeake Bay Maritime Museum in Maryland and at Penn’s Landing in Philadelphia.

The LV-79 Hyde 7 was built in 1904 by the New York Shipbuilding Company in Camden, New Jersey to serve as a lightship for Five Fathom Bank at the entrance of the Delaware Bay fifteen miles from Cape May Lighthouse. 1 5 The 131-foot vessel featured a one-ton nickel bell, a 2,800-pound anchor, and room for 12,000 gallons of fresh potable water for the crew of 15 to 18 men. 7 After serving by Cape May between 1904 and 1924, the lightship was then used as a relief for the United States Coast Guard 3rd District until 1926. 1 5

The LV-79 was then assigned to the Barnegat Lighthouse station between 1927 and 1942. 1 A 40-foot-tall lighthouse was first constructed at the northern tip of Long Beach Island to mark Barnegat Inlet in 1835. The tower collapsed into the sea in 1857, which was replaced with a 172-foot-tall lighthouse in 1858. After the lighthouse and inlet became unstable from erosion circa 1900, petitions were made for the establishment of a lightship on a new station eight miles east of the lighthouse. 4 Hearings on the matter were held starting in 1919 but it wasn’t until 1926 that congress authorized the implementation of a lightship for Barnegat inlet. 8

The lighthouse was turned over to the state of New Jersey in April 1926, and the LV-79 Barnegat was established offshore along the shipping lanes on August 15, 1927. 4 8 The lightship was critical as it was positioned at an oceanic crossroads with traffic coming in from the Chesapeake and Delaware Bays, from New York and New England, and from the South Atlantic coast. 1 4 8 Additionally, all passing ships had to make a required change of course because of shallow waters that extended far into the Atlantic, complicated by the lack of audible sound fog signals along the New Jersey coast. 1 8 The Barnegat, anchored far from shore, featured an oscillating white light and a steam chime whistle that blasted every 20 seconds. A submarine bell was added in 1910 1 4 followed by a radio beacon in 1930, 1 and the boilers were converted to run on diesel instead of coal in 1931. 7

The Barnegat served as an examination vessel that intercepted all vessels entering the Delaware River at Edgemoor, Delaware during World War II between 1942 and 1945. 1 Crews verified the arriving ship’s identity, homeport, last port of call, and cargo. The Barnegat then returned to Barnegat station. 5 It was declared surplus in May 1966 6 after the LV-110 was installed at Barnegat station. 5 (The LV-110 served until 1969 when it was replaced by a temporary sea buoy and a permanent sea buoy in November 1971. 9) The Barnegat was relocated to the Five Fathoms Station in February 1967 and decommissioned on March 3. 1 5

The Barnegat was renamed Coast Guard lightship No. 506 and moved to the Cape May Coast Guard Station for storage. 5 As the lightship was decommissioned and declared surplus, the General Services Administration cosigned the vessel to the Department of Health, Education, and Welfare (HEW) because the vessel could be used for educational purposes. The Barnegat was then moved to a Coast Guard shipyard in Curtis Bay near Baltimore before being relocated to the Chesapeake Bay Maritime Museum in St. Michaels, Maryland in November 1967. 6 In 1970, the New Jersey Marine Science Consortium, a non-profit organization of state and county colleges, asked for the vessel as a local base of operations but it could not obtain the necessary permits to dredge a suite along the high bar harbor section of Long Beach Township for a permanent mooring. 5

As the ship was not a major attraction and costly to maintain, 5 the vessel was sold by the Chesapeake Bay Maritime Museum to the Heritage Ship Guild to be displayed at Penn’s Landing in Philadelphia. The boat, moving under its own power, was taken out for excursions along the Delaware River several times per year. 7 After becoming overextended with other projects, the Barnegat was sold to Rod Sadler and relocated to his marina in Camden. 5 7 Sadler desired to renovate the ship and move it to Camden’s waterfront to serve as the nexus of the Camden Museum and Learning Center. 7 It was estimated to cost $100,000 to rehabilitate the Barnegat with all-volunteer labor, but a lack of funds and workers doomed the boat to neglect.

After Sadler died in 2019, several items at the marina were offered for sale, including the Barnegat’s nickel bell with an asking price of $10,000. 1 The Barnegat Light Historical Society purchased the bell for $9,000 and removed it with the goal of restoring and displaying the bell in the vicinity of Barnegat Light. 1 2 3 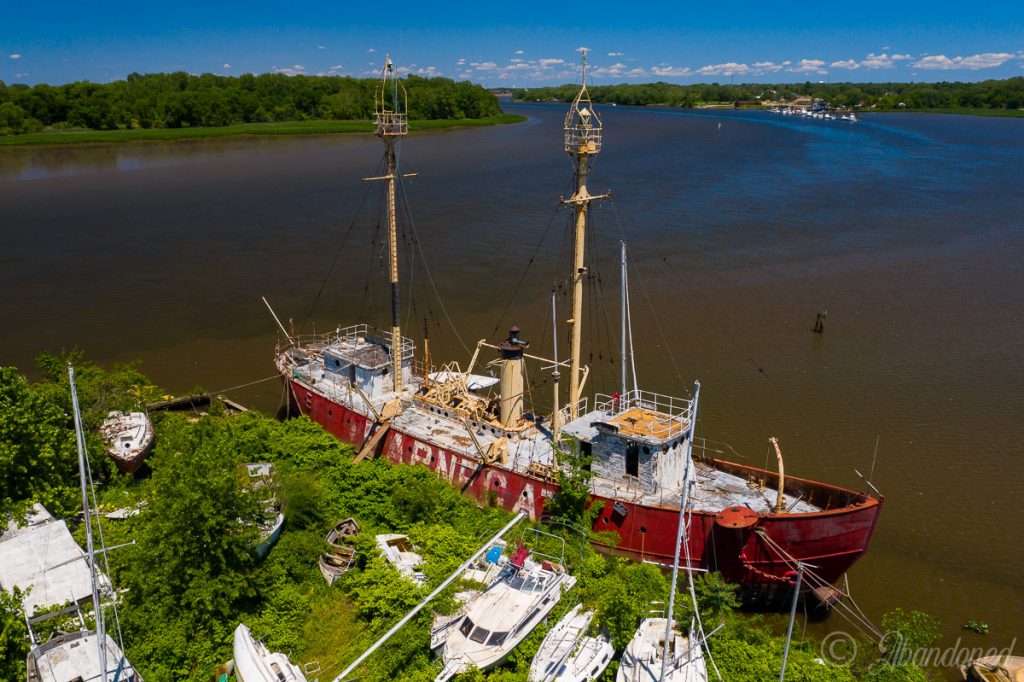 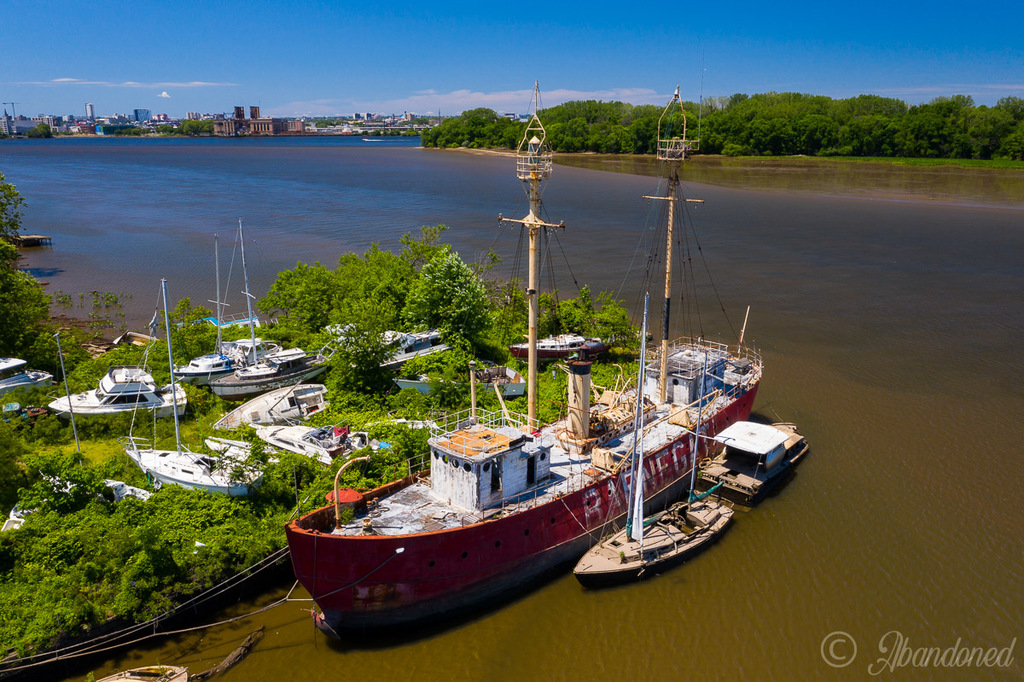 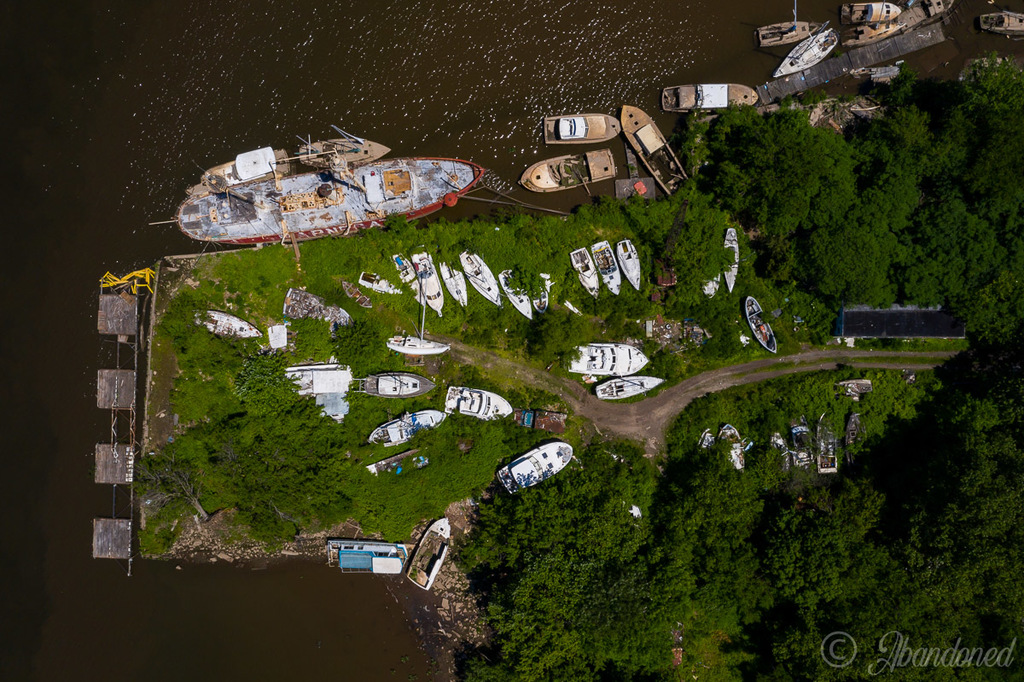