The Van Nattas Pumping Station is an abandoned pump station and mill in Ithaca, New York. It was constructed by the Ithaca Light & Water Company.

By the late 19th century, groundwater sources from numerous wells were not enough to meet the needs of the growing city. Three reservoirs were constructed on Six Mile Creek between 1892 and 1911.

The first, a 20-foot dam at Van Nattas along today’s Giles Street, was purchased by the Ithaca Light & Power Company in 1892.1 2 A pumping station was constructed a year later 3 4 on the site of the Van Natta & Jones Mill.5 The mill produced seven grades of flour.

The pump station featured three Worthington & Dean steam pumps of two million, one million, and 600,000 gallons, and three Gould high-pressure fire pumps of 700,000 gallons each.3 All of the pumps could be used interchangeably to deliver raw or filtered water to the filter plant, to the masonry work reservoir on South Hill, 3 or to the high-pressure service line for fire protection on East Hill.4

In 1901, the first water storage tank in the city was built at Mitchell Street.4 The site was later used as the playground of Belle Sherman School after the tank was razed in 1937 in favor of a larger facility on Cornell Street.

The utility followed up by drilling six artesian wells in Inlet Valley at the cost of $125,000 a year later.4 The wells were not very productive; to compensate, air compressors were installed at the pumping station to increase the flow.

Frustrated, the Ithaca Water Company made plans to construct a 90-foot dam just upstream of the pumping station.4 It was soon downgraded in scope to 30-foot in height. The company then installed a 24-inch cast-iron aqueduct along the creek to supply water to the pumping station from the newly formed reservoir. Additionally, one-hundred new fire hydrants and new main water lines were installed throughout Ithaca.

In January 1903, Ithaca was ravaged by the typhoid epidemic, which resulted in 1,350 cases and 85 deaths.4 It was ascertained that those who drank from the new reservoir suffered from the outbreak due to the unsanitary conditions that were found during the construction of the dam. On March 2, the city voted to construct a purification plant for the town, and plans by Allen Hazen, in cooperation with Gardner S. Williams and the New York Continental Jewell Filtration Company, were drawn up by March 12.

Construction on the new purification plant began on March 27, and it was operational by August 19.4 It featured two coagulation basins, each with a 218,500-gallon capacity, six rapid-sand filters of 500,000 gallons each, and a pure-water basin of 500,000 gallons. The coagulation, aluminum sulfate, commonly referred to as Filter Alum, was dissolved in two 1,700 gallon tanks, where it was then raised to small distributing tanks by bronze Pelton centrifugal pumps.

The court proceedings progressed until December 31, 1904, when the city acquired ownership of the water system at the cost of $658,000 plus court costs, making the total closer to $900,000.4

During this time, the city drilled nine wells on West Clinton Street to a depth of 300 feet.4 The wells delivered approximately two million per day difficulties in their operation were soon apparent. Additionally, the larger wells were siphoning water from private wells, leading to lawsuits filed against the city by adjoining landowners. The wells were subsequently abandoned in 1907.

In 1906, the city installed more powerful pumping machinery at the pumping station.4 It allowed for additional water pressure and resulted in the main water line being constructed across Fall Creek at Triphammer Bridge to Cornell Heights.

The city rebuilt the dam adjacent to the pumping station in 1907.6 On December 27, 1911, it completed work on a 60-foot dam to supply additional water to the city, which formed Potters Fall Reservoir.4 Hydraulic turbines were installed at the pumping station to make use of the increased water power. A smaller siltation dam was constructed in 1925 as a pre-settling basin,1 located upstream of Burns Road.2

In 1980, the state of New York enacted legislation to develop alternate energy sources by encouraging cogeneration and small hydroelectric power plants.6 The New York State Electric and Gas Company submitted a proposal in September 1984 to reopen the Van Nattas Pumping Station to use as a hydroelectric power plant at the cost of $1,020,800. The construction cost estimate was $387,000. The proposal entailed: 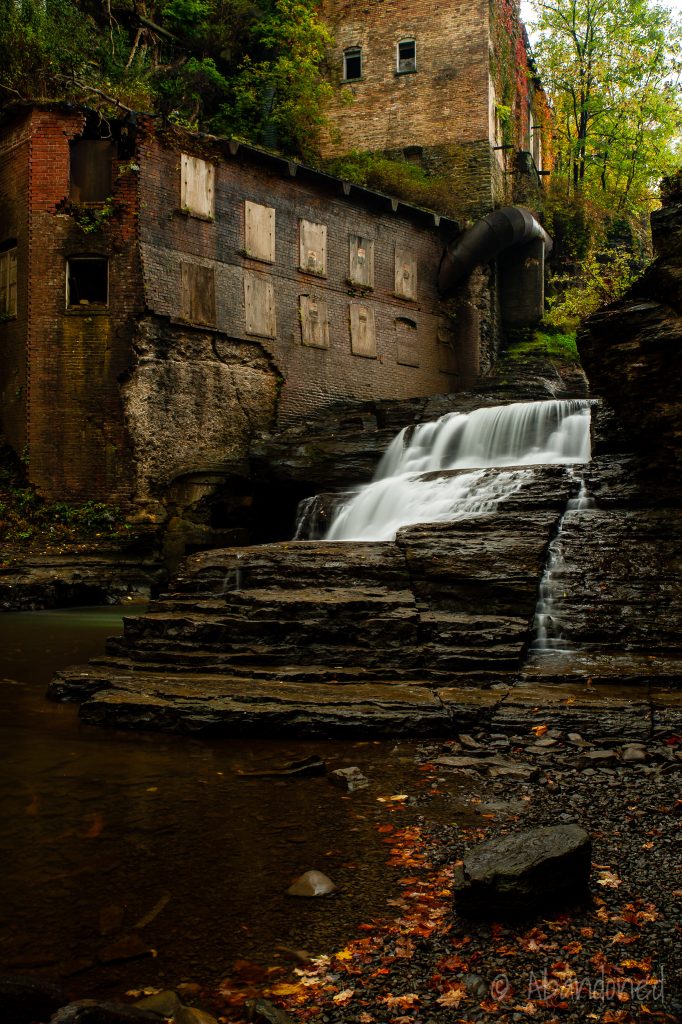 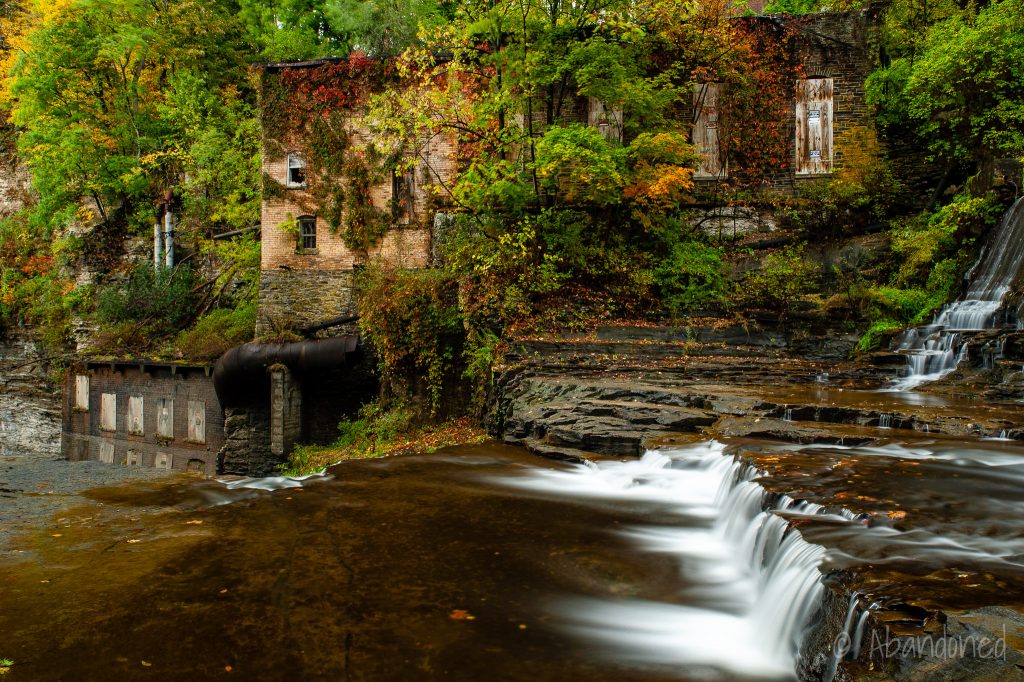 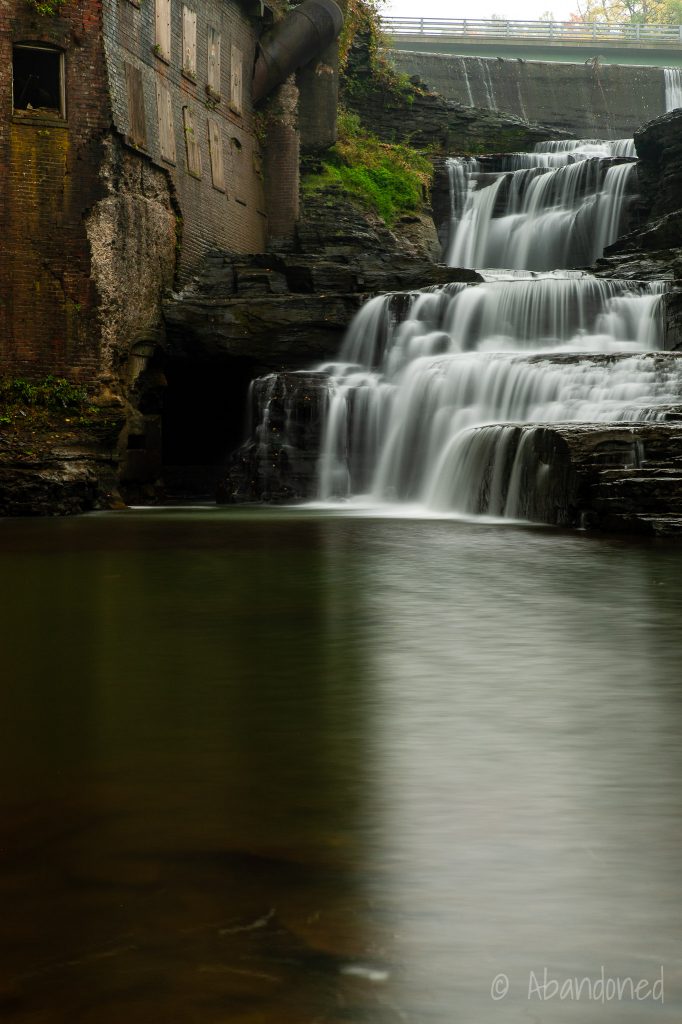 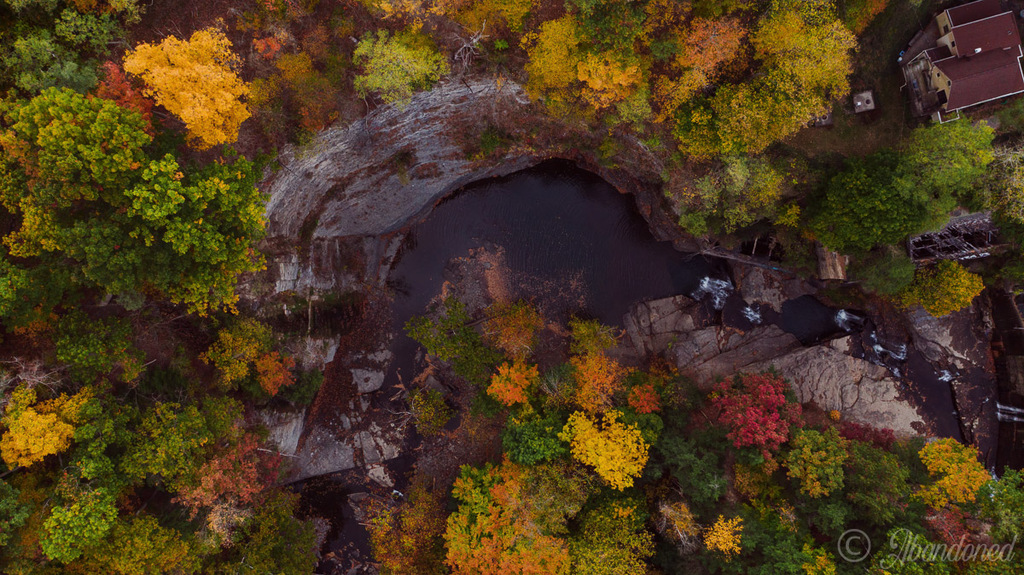 Southwestern Pennsylvania was once a region defined by its neighborhood breweries, and loyalty to a specific beer was often defined by where you lived. The Victor Brewing Company was no different, and…
END_OF_DOCUMENT_TOKEN_TO_BE_REPLACED
Category ExplorationsPosted on December 1, 2014November 22, 2019

Olympia, a small wayside community of several dozen people in eastern Kentucky, has a fascinating history as over a span of ten minutes on March 3, 1876, red meat rained down. The Kentucky Meat Shower…
END_OF_DOCUMENT_TOKEN_TO_BE_REPLACED
Category ExplorationsPosted on March 23, 2015February 26, 2020