The Western Maryland Railway Laurel Subdivision is a partly abandoned railroad in the Allegheny Highlands of West Virginia. It is comprised of the Greenbrief, Cheat & Elk Railroad and the West Virginia Midland Railway.

The Greenbrier, Cheat & Elk Railroad (GC&E) began circa 1901 as the Greenbrier & Elk Railroad, which ran from Cass to Spruce under the ownership of the West Virginia Spruce Lumber Company (WVSL). 1 The railroad allowed WVSL to access virgin timber on Cheat Mountain. In 1904, the WVSL built a pulp mill at Spruce. The WVSL was absorbed into its parent, the West Virginia Pulp & Paper Company, which obtained a new charger for an expanded railroad, the Greenbrier, Elk & Valley Railroad. It was renamed the GC&E in 1910.

The GC&E was extended west to Slatyfork (Laurel Bank) and down the Elk River to Bergoo by 1914. 2 3 This included a steep two-mile grade near Slatyfork that led to a summit of 4,066-feet, the highest standard-gauge mainline rail east of the Mississippi River. 10 The GC&E was then extended north along the Shavers Fork valley to the interchange with the Western Maryland Railway (WM) at the Elk River Junction near Bemis by 1917.

The pulp mill in Spruce closed in 1925 and subsequently, the town declined and was later abandoned. 1 In 1927, the WM acquired the GC&E, and the portion from Elk River Junction to Bergoo became the GC&E Subdivision. 3 10

In 1883, the Holly River Lumber Company constructed a sawmill where Oldlick Creek joined the Holly River in Braxton County. 8 To facilitate the movement of their cut lumber to larger markets, the company contracted with Joseph Fuccy of Sutton to build a standard-gauge railroad from the mill to the West Virginia & Pittsburgh Railroad at Holly Junction near Palmer. Construction of the Holly Lumber Company Railroad began in May 1883 and finished in November. On June 20, 1896, the Holly River Railroad was chartered and assumed operations.

The Holly River constructed its first branch from Marpleton to Coalburg to serve a coal mine in 1897-98, which was followed by an extension east to Hacker Valley along the Left Fork Holly River. 8 Both were built to standard gauge.

In January 1899, a 12-mile narrow gauge extension was built to Heckmer along the Right Fork Holly River. 8 A third rail was then installed from Holly to Holly Junction. In 1901, the Holly River was extended from Heckmer to Jumbo.

The Holly River & Addison Railway (HR&A) was incorporated on September 10, 1890, and acquired the Holly River on May 15, 1899. 8 The HR&A desired a connection from Diana to Addison, the latter which had been renamed Webster Springs in 1897. The railroad completed its 12½-mile extension to Webster Springs on May 26, 1902.

On August 12, 1905, the West Virginia Midland Railroad (WVM) was incorporated and acquired the HR&A on May 17, 1906. 8 The WVM shuttered ints Coalburg branch and reused the rails on a 4¾-mile extension from Webster Springs east to Breece to serve a new coal mine. It then added a new 7-mile branch from Holly to Long Run in 1910.

The WVM entered into receivership on May 20, 1920. 8 The West Virginia Railway (WV) was formed but it was not until July 25, 1925, that it was allowed to assume operations of the WVM.

The WVM soon began work on a branch from Webster Springs to Bergoo 8 where it would connect with the GC&E that had been completed in 1914. 2 3 The extension opened in 1929 as a standard gauge with a third rail to allow for narrow gauge operation. It served two sawmills and three coal mines.

The WM carried the bulk of passenger and freight traffic from Webster Springs, causing the WVM to contract. 8 The WVM abandoned its railroad from Diana to Webster Springs on September 26, 1930, leaving just a fraction of its holdings in place from Holly Junction to Diana. The last of the timber had been extracted by 1931 and the WVM filed for abandonment of the remainder of its track on November 7.

At Webster Springs, the WM maintained a passenger and freight station, a train-order office, and a 15-car sidetrack. The railroad crossed the Elk River adjacent to the station to access a coal tipple along the Back Fork Elk River. 6

Originally, when the GC&E connected with the Coal & Iron Railroad’s Durbin branch, trains between Elkins and Spruce had to make a move to Durbin and then backtrack. 11 The problem was resolved in 1931 when a new connecting track, on a steep 2.5% grade, was built between the WM’s Tygart and Durbin subdivisions. The Greenbrier Junction was situated on the south end with Elk River Junction on the northern interlocking.

In 1964, the Chesapeake & Ohio Railroad and the Baltimore & Ohio Railroad jointly filed for permission to acquire control of the WM. 4 The Interstate Commerce Commission approved of the merger in 1968. In 1973, the three railroads were brought together under one identity, the Chessie System. As part of the Chessie, the WM ownership went to the C&O although it was operated by the B&O. The WM was formally merged into the B&O in 1976.

In 1980, the Chessie and the Seaboard Coast Line, which controlled the Louisville & Nashville, the Clinchfield, and Georgia railroads, merged to form the CSX Corporation. 5 Despite the consolidation, CSX never had its own identity until 1986, when all of the merged entities was renamed CSX Transportation (CSX). In April 1987, the B&O was formally absorbed into the C&O, which merged into CSX in August.

As early as 1978, Chessie studied the Tygart Subdivision for abandonment. 10 It was nearly reliant on coal mines west of Slatyfork, but these began to close by the early 1980s when the seams were exhausted. 10 By the latter half of the decade, the only reliably active customer on the Bergoo to Webster Springs segment of the Laurel Subdivision was the Pardee & Curtain lumber mill at Curtin (Barton). 6 The flooding caused by Hurricane Juan on November 4 and 5, 1985, caused several washouts along the Laurel Subdivision between Bergoo and Curtin. Due to the low volume of traffic on the line, Chessie was hesitant to repair the track.

Shortly after the hurricane passed through, the Elk River Sewell Coal Company, a subsidiary of Westmoreland Coal, began negotiations with Chessie to acquire the line from Bergoo to Webster Springs so that it could keep rail access to its mine at Bergoo. 6 On May 15, 1986, an agreement was reached where Elk River Sewell Coal would acquire a portion of the Laurel Subdivision between Bergoo and Webster Springs and two Chessie locomotives. The coal company never incorporated the railroad as a subsidiary and it remained a private railroad despite its painting and lettering of its locomotives as the Bergoo & Western.

The mine closed in 1994 and on July 5, Chessie successor, CSX, re-acquired the two locomotives at Bergoo. 6

With only a small coal mine occasionally loading west of Slatyfork, CSX decided to order the entire Tygart and Laurel Subdivisions from service on February 13, 1995. 10 It then moved to abandon both subdivisions via a bulletin issued on January 25, 1997.

The West Virginia State Rail Authority purchased the Laurel, Tygart, and Daily Subdivisions from CSX in September, with plans to operate freight and passenger operations between Tygart Junction and Bergoo. 9 The state established the 132-mile West Virginia Central Railroad (WVC) to conduct freight operations 9 and contracted with the Durbin & Greenbrier Valley Railroad (DGVR) to operate a heritage railway on a portion of the route. 4 The inauguration of the new railroad was held on May 16, 1998, during the annual railfan weekend on the Cass Scenic Railroad at a ceremony in Spruce. 10 CSX officially ended service over the rails on November 10.

In February 2012, the DGVR unveiled a grand plan to rebuild the abandoned WM Durbin Subdivision between Elkins and Durbin. 7 It included the outright abandonment of the WVC GC&E Subdivision from Slatyfork to Webster Springs, as the rails from that line would be repurposed for use on the rebuilt line. The section between Slatyfork and Bergoo would then become the Elk River Trail. The loop wound enable the DGVR to make a complete round-trip from Elkins to Cass and return via Spruce, pending completion of the rebuild of the former C&O Greenbrier Division between Cass and Durbin.

The DGVR began to operate the New Tygart Flyer, the Cheat Mountain Salamander, and the Mountain Explorer Dinner excursion trains over a 70-mile section of the line between Elkins, Cheat Bridge, and Spruce. Additionally, the Cass Scenic Railroad operates tourist trains from Cass to Spruce. 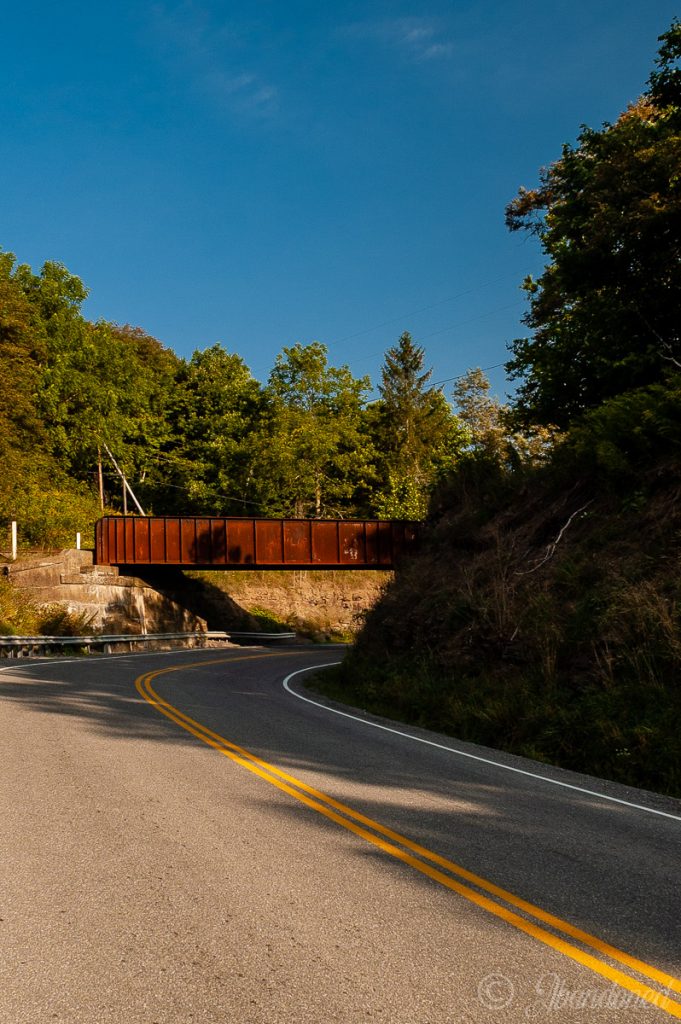 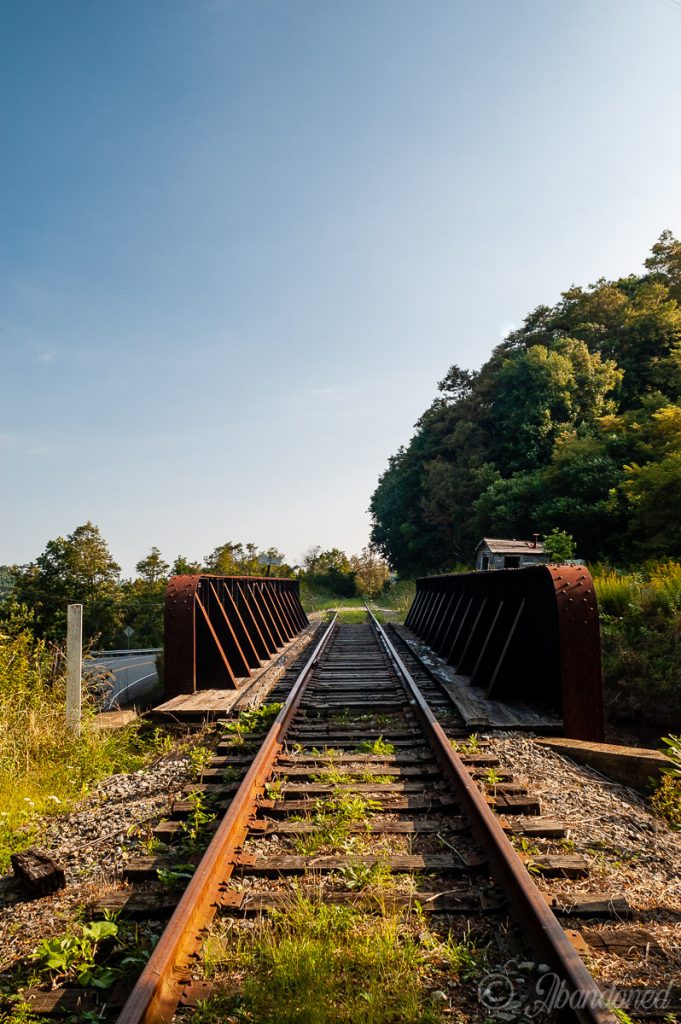 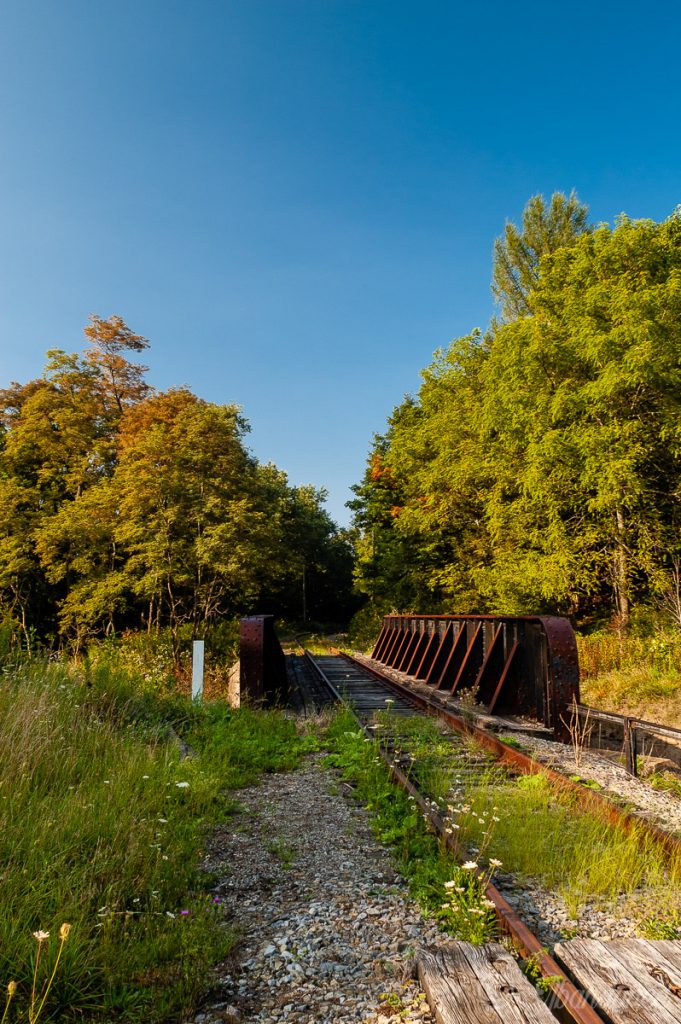 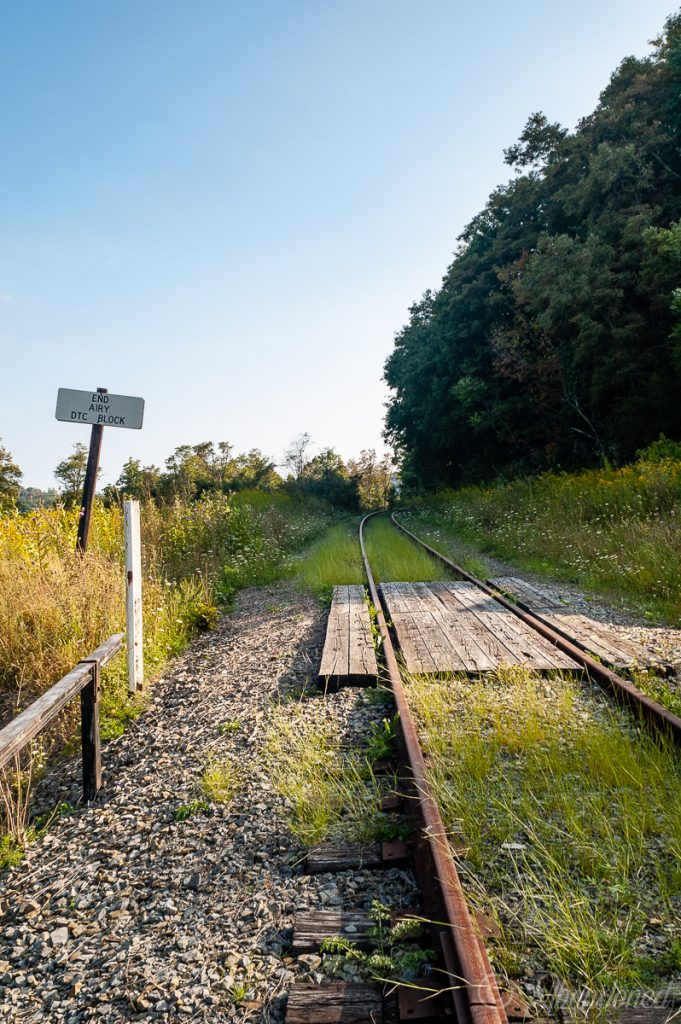