Woodward Avenue Presbyterian Church is a former church on Woodward Avenue in Detroit, Michigan. It was active to worshippers from 1911 to 2004 and after years of abandonment, the historic building is being restored.

The move to establish a church along the northern fringes of Detroit began at a trustees meeting of the Presbyterian Alliance held in the Westminster Presbyterian Church on March 11, 1907. 6 A committee, consisting of Richard Owen, Emil W. Snyder, and Robert McKinnell, was appointed to canvas an area bounded by Grand and Hamilton Boulevards, Oakland Avenue, and the northern city limits to see how many potential worshippers and families lived in the area. It was determined that there were over 260 families and 1,000 potential worshippers.

Richard Owen, L.C. Stanley, Irwin Fullerton, Dr. George H. Lau, and D.H.F. Wills then headed the North Woodward Presbyterian Committee to organize the church. 6 The first meeting was held in the home of Owen on June 25, where Owen was elected chairman and Lau as secretary. Afterward, the committee began to look at the property along Woodward Avenue, which commanded lot prices of $55-$75 per square foot. Meetings held in October narrowed down the potential locations for the new church building, and On October 18, it was decided to acquire property at the northwest corner of Woodward and Grummond (Blaine) Avenue.

A meeting was held at the home of Fullerton on October 28, where Stanley presented articles of association for the organization of the church, which was adopted. 6 It was also decided upon that interim services should be held at the Christian Church at Woodward and Joephine Avenues. In addition, $4,000 was pledged towards the Building Fund for a permanent structure.

The first worship of the Presbyterian church was held in the auditorium at the Christian Church on November 3 with 150 in attendance. 5 6 On November 15, a joint meeting of the committee and the Board of Trustees led to the committee being given full power to purchase the building lot. 6 The civil organization was completed on December 10, where the committee voted to be for the church to be named the Woodward Avenue Presbyterian Church. The committee petitioned the Presbytery of Detroit to organize on February 14, 1908, which was approved on March 17. 5 6 The congregation moved into Milburn Hall at 1517 Woodward Avenue in early April, and on April 5, it was voted upon to begin Sunday School beginning on the following Sunday. The first Communion service was held on May 10, where 25 were received by letter and four on confession of faith.

By January 1909, membership of the church had grown to 325 and had grown too large to continue to be held at the Christian Church. 6 The church opted to relocate to the Odd Fellows Temple at Bethune Avenue and Brush Street for its April 8 services, and at the Thomas Normal Training School on West Grand Boulevard afterward.

By the time the cornerstone was laid for the new building in a cornerstone-laying ceremony at 2:30 PM on January 1, 1910, 1 3 the Woodward Avenue Presbyterian Church boasted a congregation of 742. The ceremony included numerous addresses and the deposit of a Holy Bible, a copy of the Constitution of the Presbyterian Church in the USA, a copy of the church member, prospectus of the new building, a program of the cornerstone ceremony, copies of the Northminster Tidings, copies of the local newspapers and coins into the a vault in the cornerstone. 6

Nearly $100,000 was set aside for the design and construction of the new church building. 5 6 Sidney Rose Badgley and William Nicklas of the Cleveland, Ohio firm Nicklas & Badgley designed the new church in the Gothic Revival style, which was a descendant of a Badgley-designed Methodist Church in Washington Courthouse, Ohio. 2 3 The exterior was crafted of brownstone quarried in Polk County, Pennsylvania that contrasted with white limestone trim, and featured a fireproof red tile roof with copper cornices. 3 5 6 It was the second significant building in the nation to be built of brownstone. 6 Inside was a distinctly arched sanctuary with curved wood pews and a large pipe organ, crafted by the Stevens Organ Company in Marietta, Ohio, that was donated by McGregor. 4 The interior conformed to the Akron Plan auditorium design, with fixed seating arranged in a semi-circle, lit by an open lantern in the center of the vaulted ceiling. 3 4 5 The auditorium plan allowed for unobstructed views. The sanctuary and choir featured Byzantine mosaics. Besides worshipping space, the church included a basketball court, a bowling alley, banquet hall, and classroom space.

The congregation began meeting in the unfinished church on January 3, 1911, 6 which was dedicated on June 25. 1 3 5 6 Just prior to its dedication, McGregor announced the church had acquired lots to the north for a park and playground, and the purchase of an organ for the sanctuary. 6

Times were changing by the middle of the 20th century. Suburban growth began sapping Detroit of its upper- and middle-income families that the church had depended upon for monetary and congregational support, which only exaggerated as race riots took hold in the 1960s and 1970s. A 1958 count of the church had just 1,250 active members listed. 6

In response, the church acquired land at 12 Mile Road and Bermuda Lane for a second facility and began services in the gymnasium of Northbrook School on September 29, 1957. 5 But a division in the church by 1960 left the congregation to vote upon staying in Detroit, with the Northbrook congregation splitting off to form a new church that was eventually built in suburban Beverly Hills.

Woodward Avenue Presbyterian Church had hit a low point, with its repair bills mounting and Douglas’ desire to split from the Presbyterian church. 5 The congregation voted in early 1993 to close, and the building was turned over to Douglas on a quitclaim deed. Douglas renounced the Presbyterian church and reformed it as the Abyssinia Interdenominational Church which lasted until Douglas’s death in January 2004.

A court battle over the estate of Douglas left the church vacant and open to the elements. The organ pipes were scrapped in the fall of 2009. 7 In November, the abandoned building was acquired by the Cathedral of Praise Baptist Church, which had plans to renovate the structure and have it reopened by July 2010. 5 7

While the Baptist Church has fallen behind on renovations, the roof and other interior elements have been stabilized for future renovation. 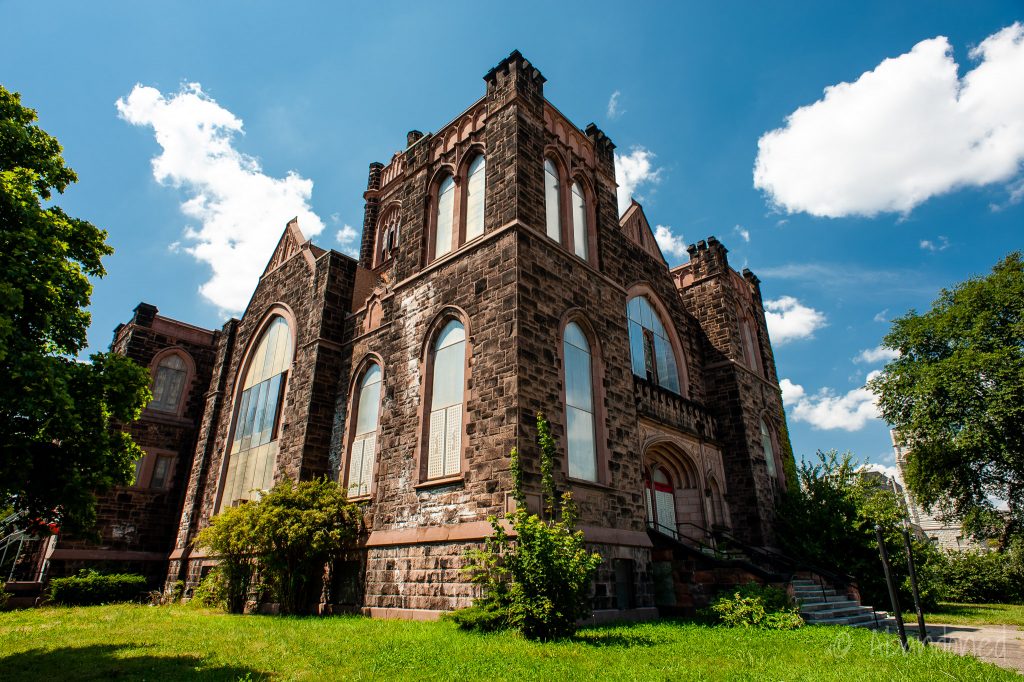 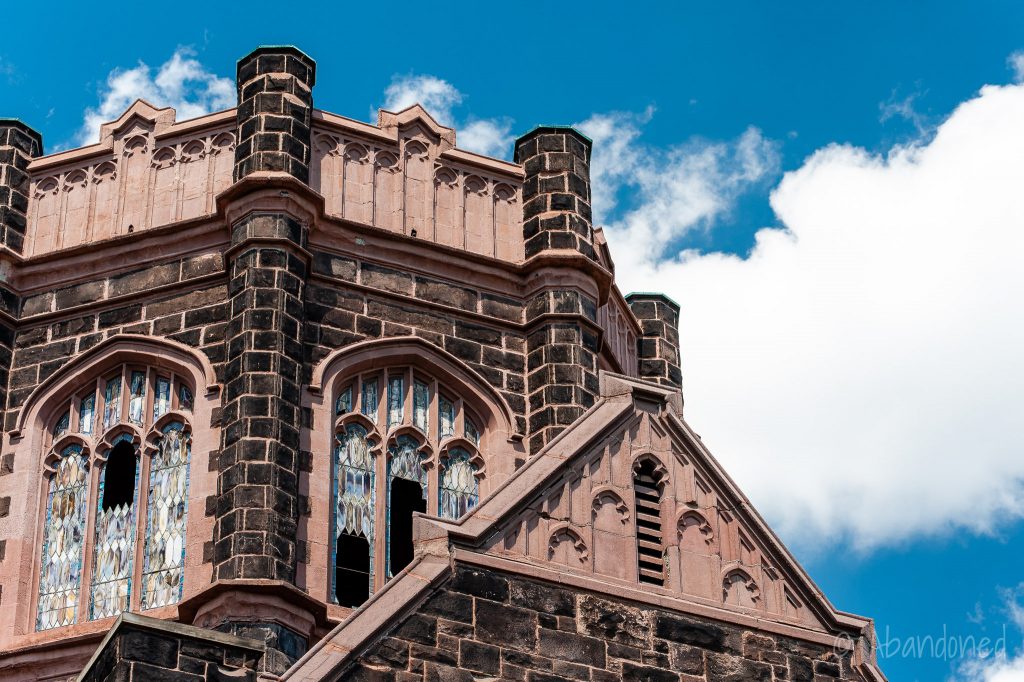 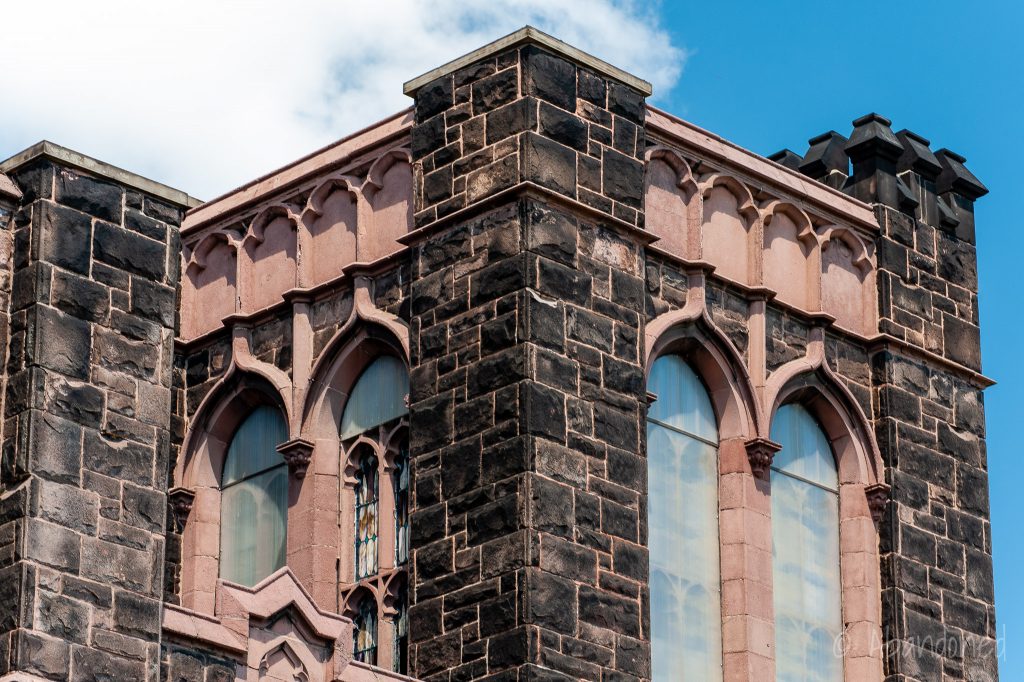 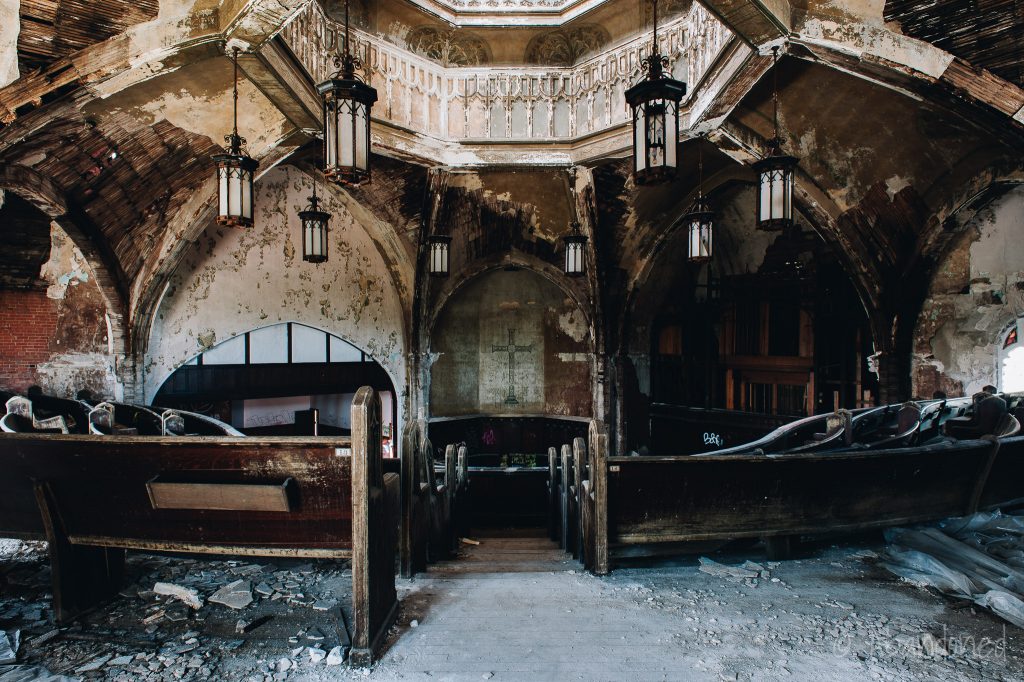 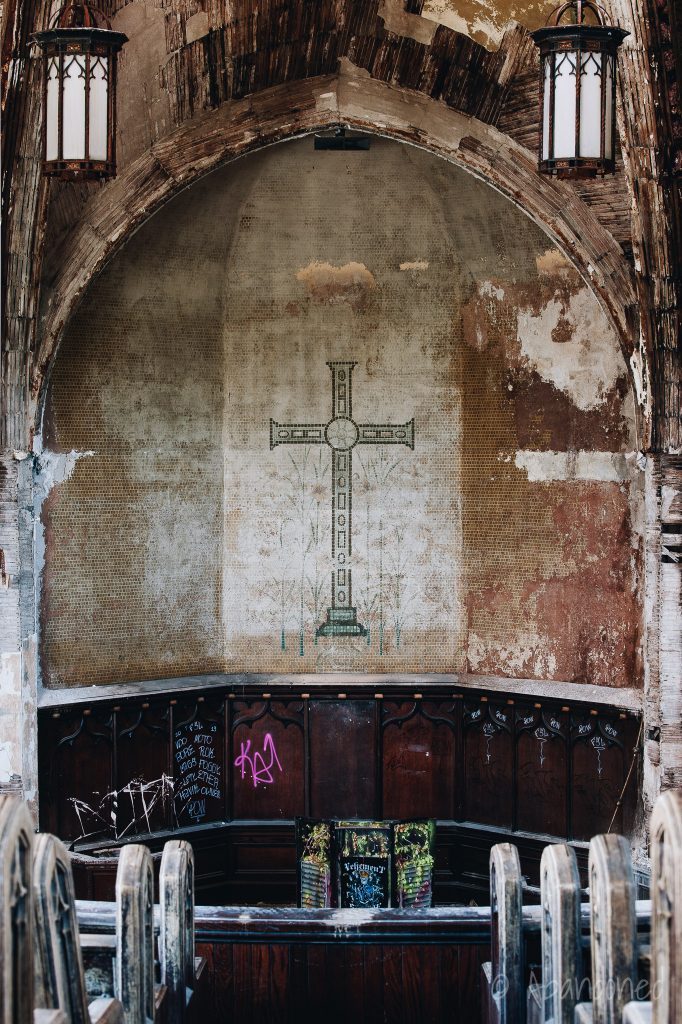 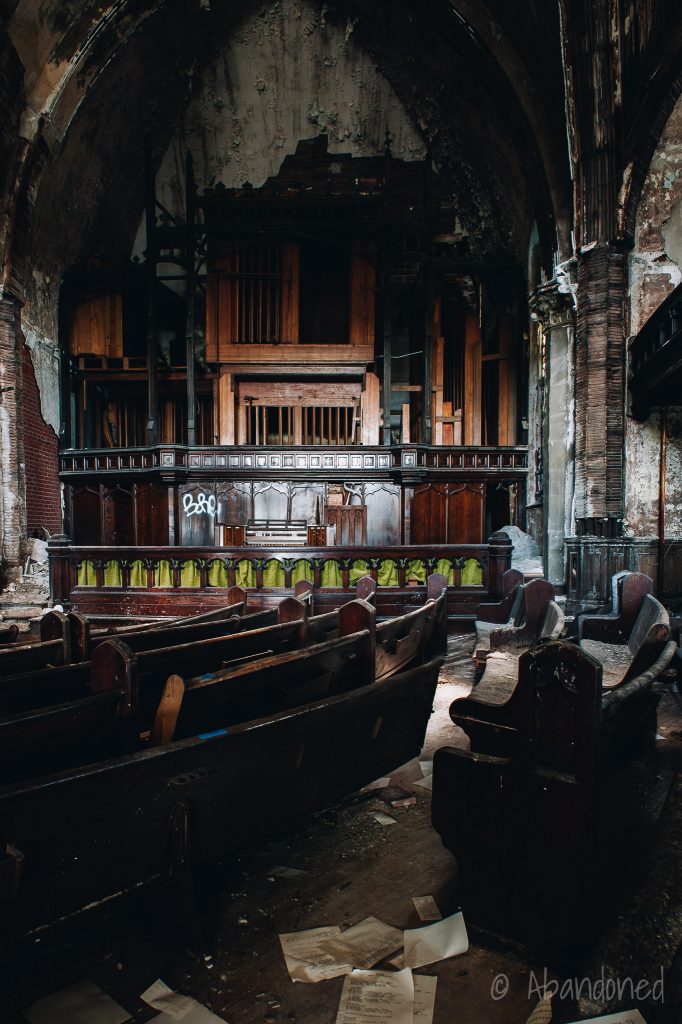 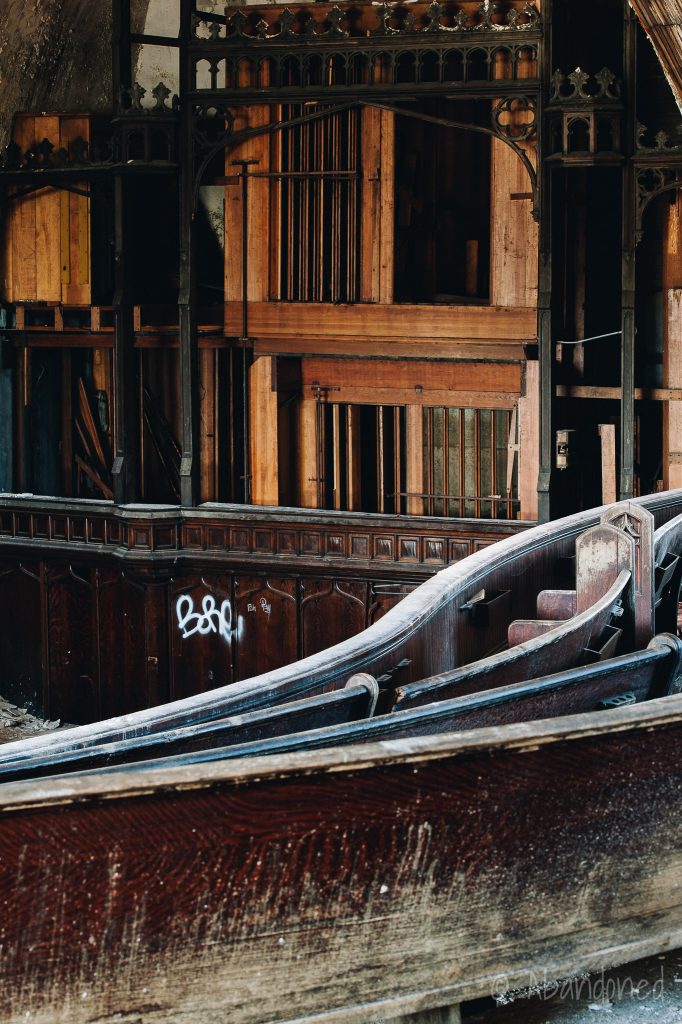 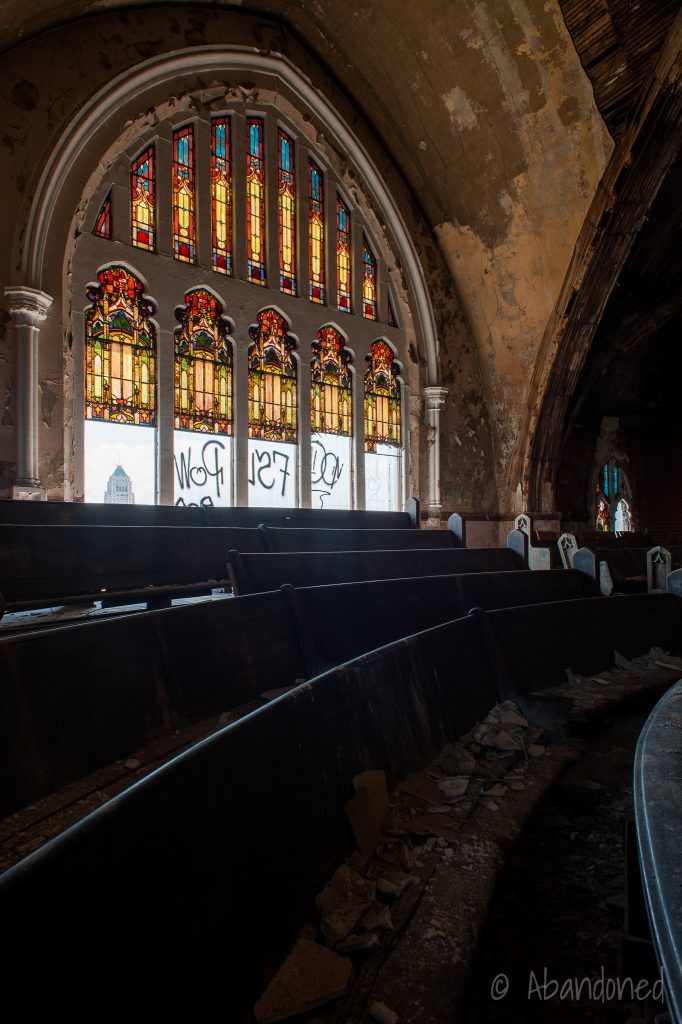 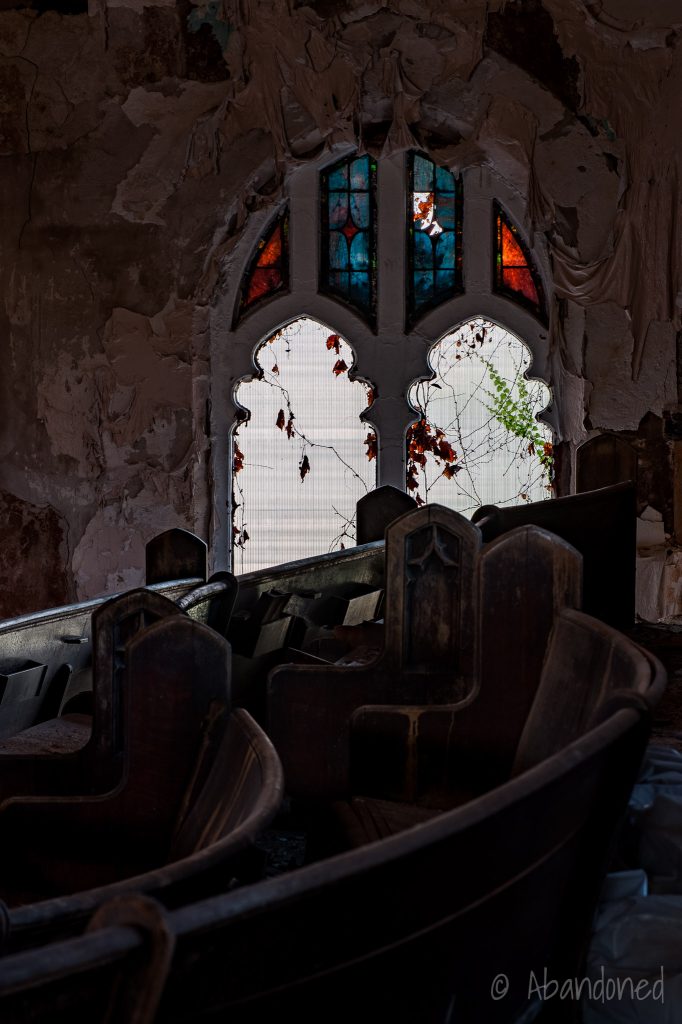 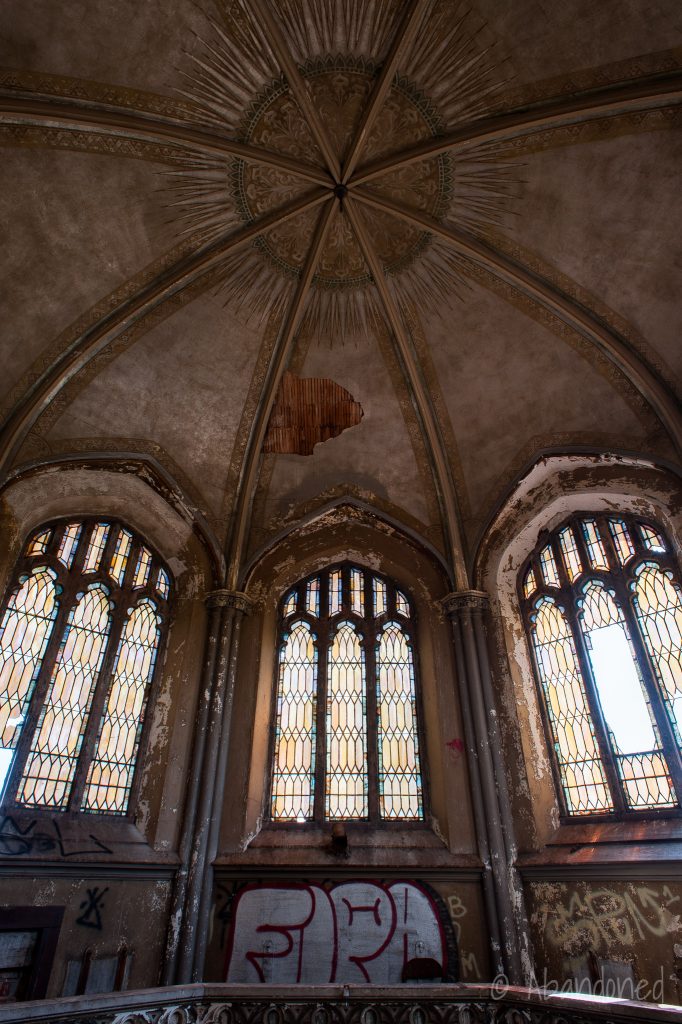 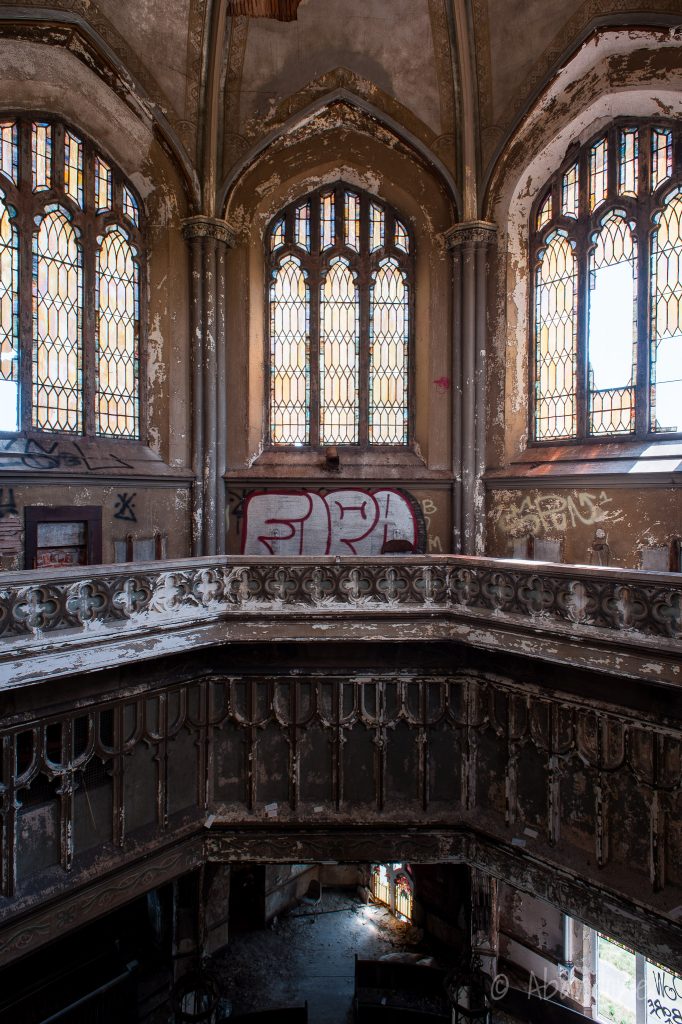 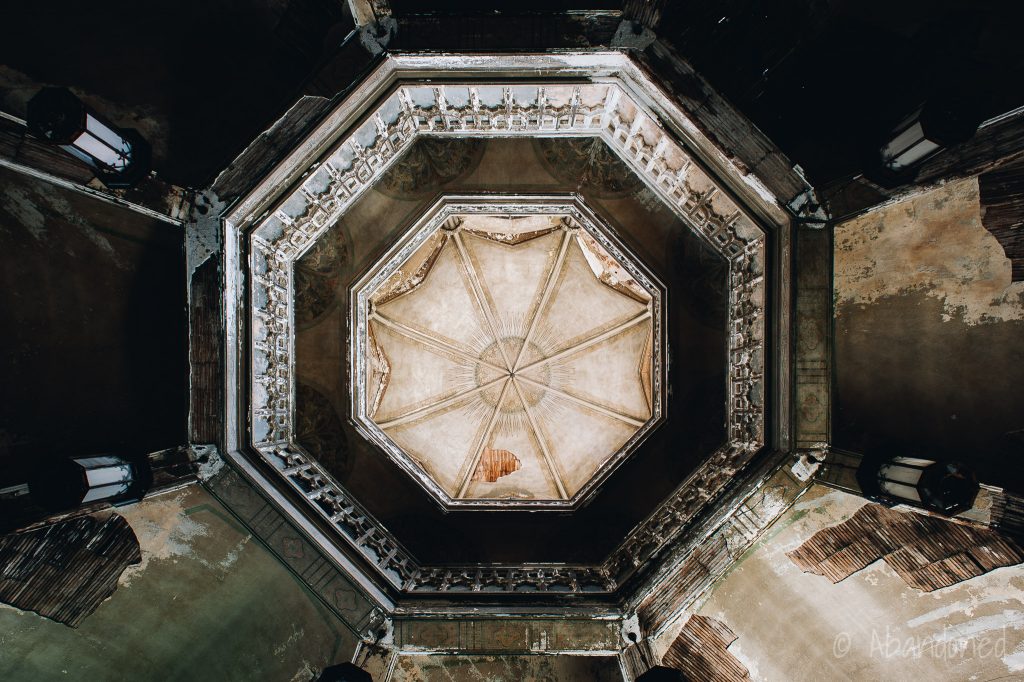 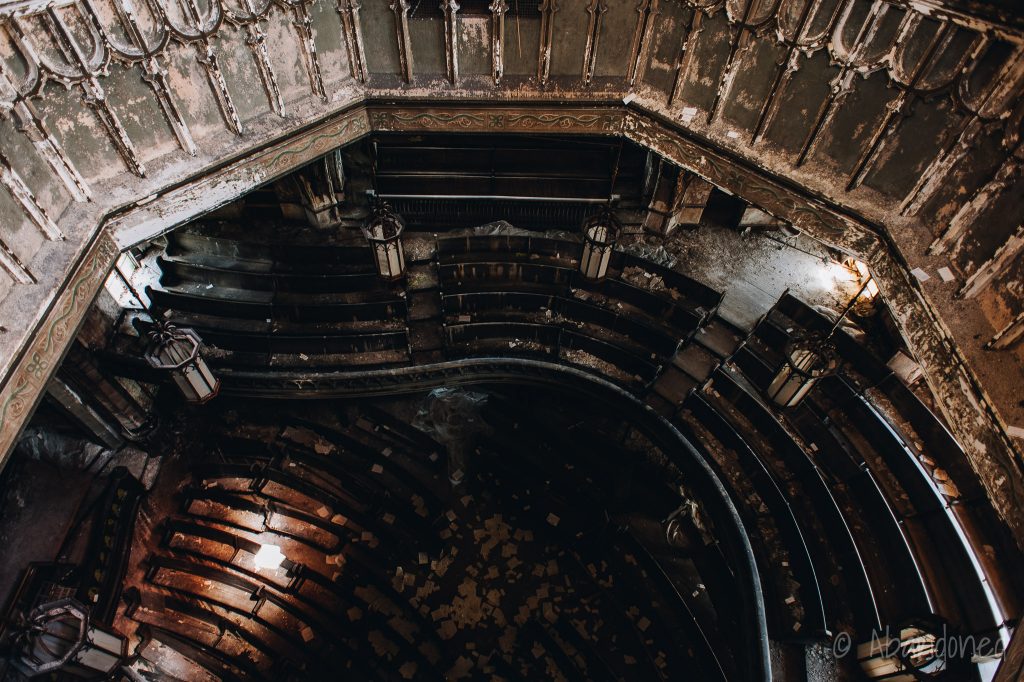 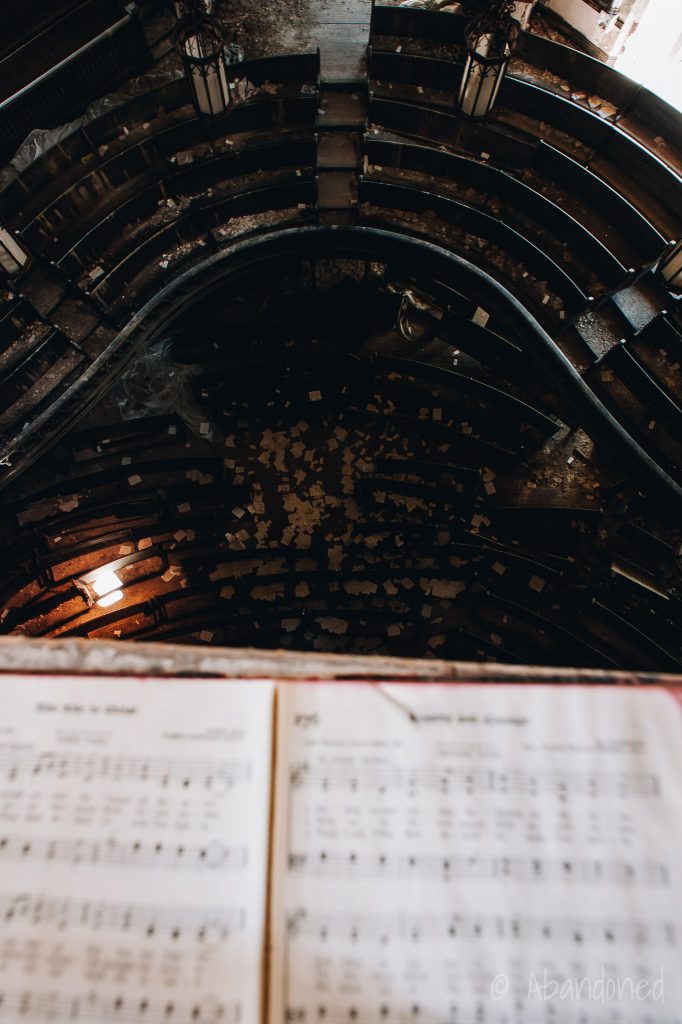 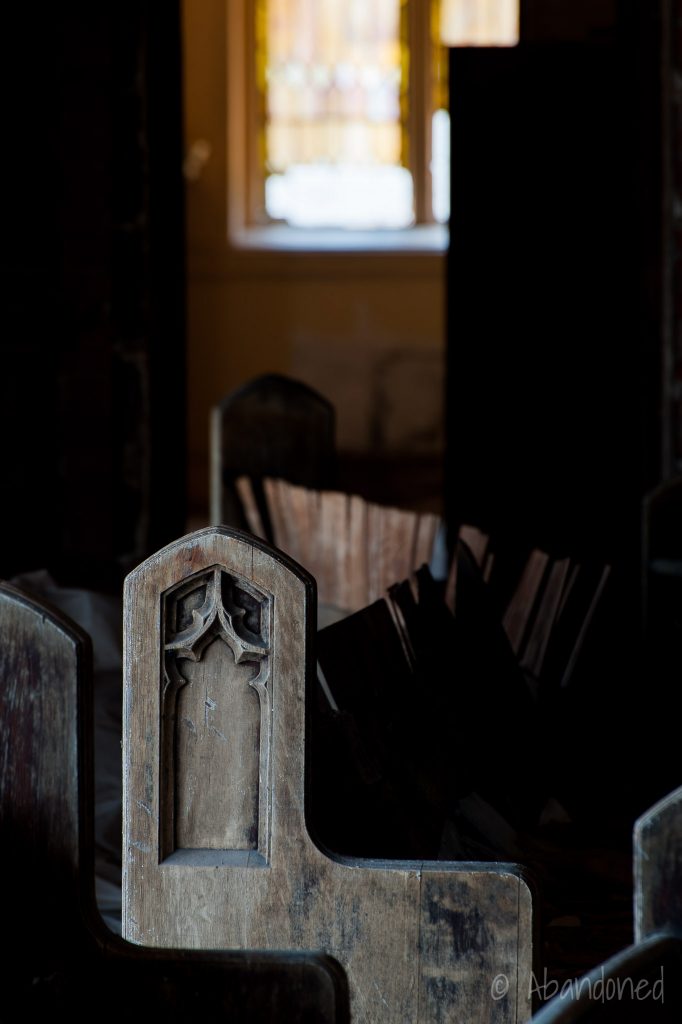 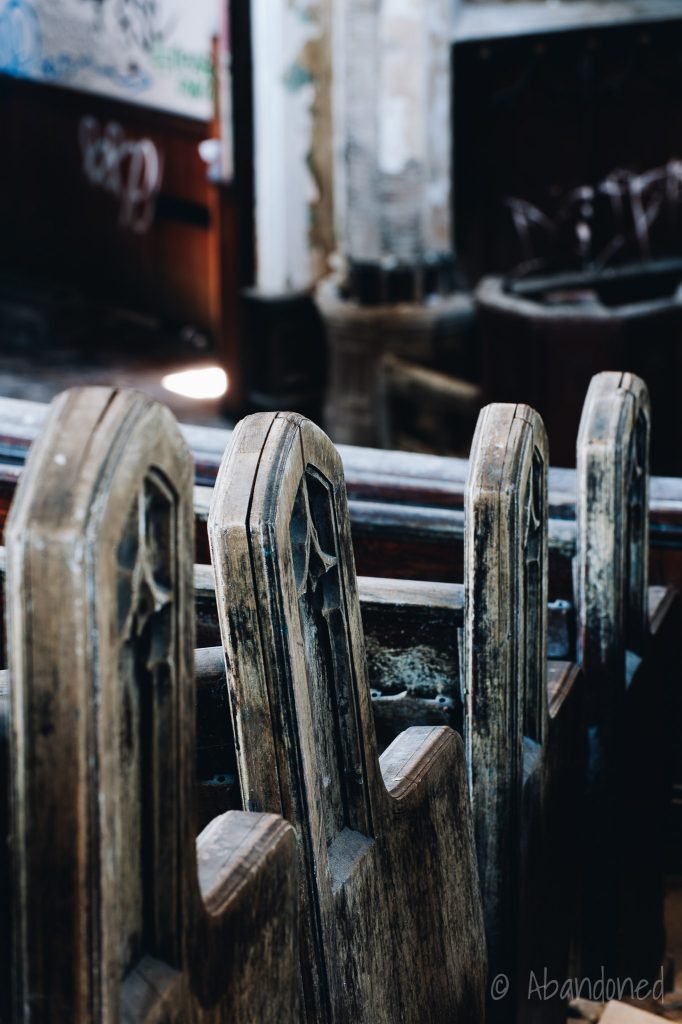 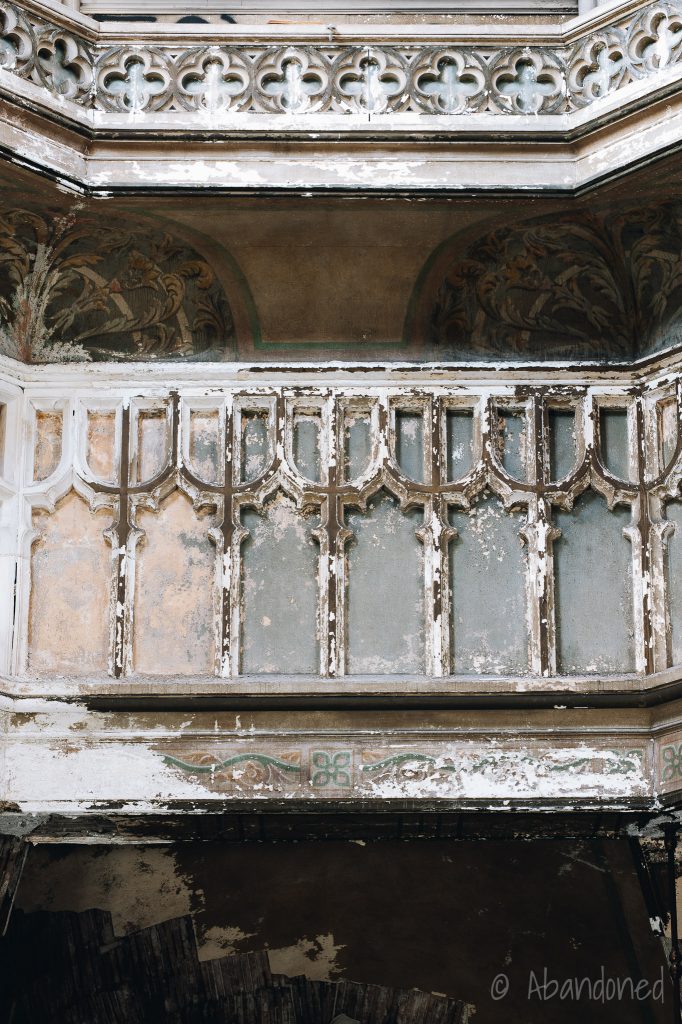 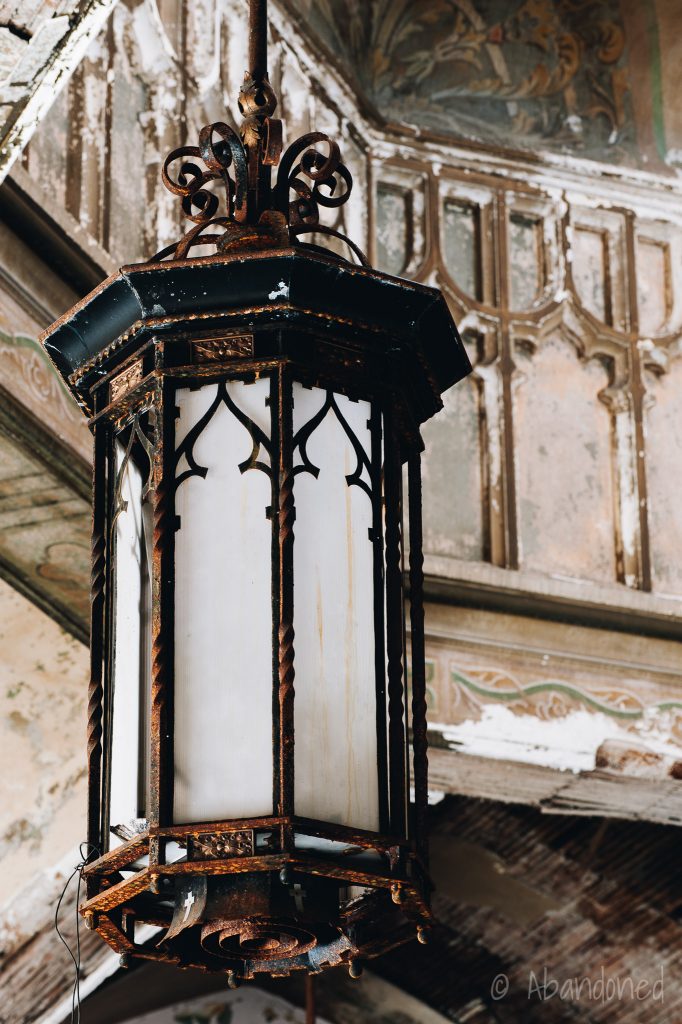 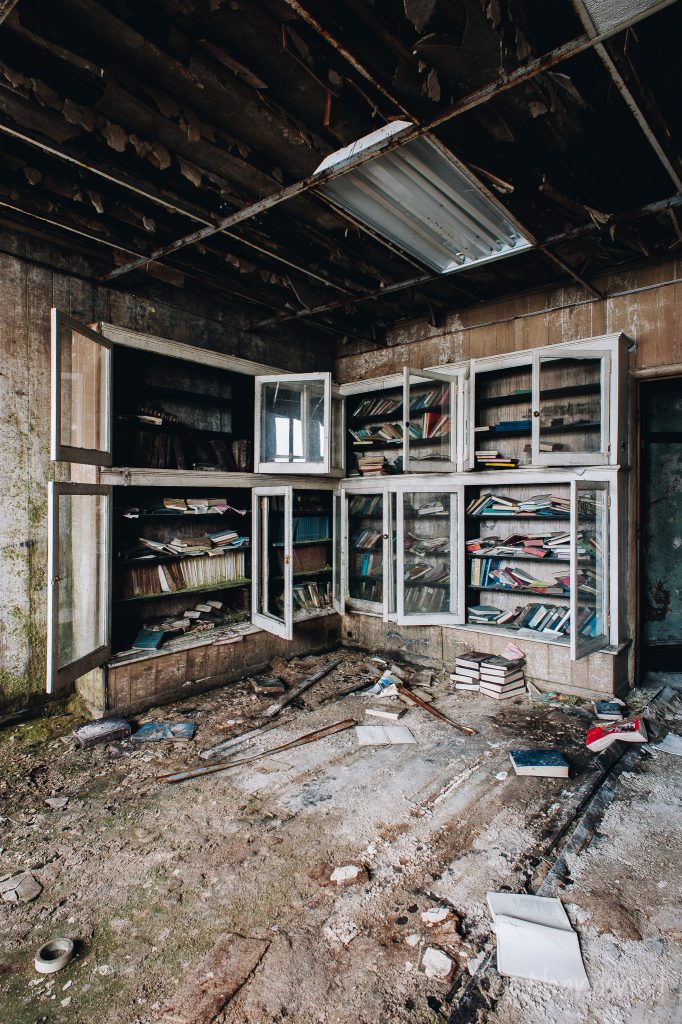