Young’s High Bridge is a historic deck truss bridge that carried the Louisville Southern Railway across the Kentucky River in Kentucky.

Congress approved the construction of a bridge across the Kentucky River at Tyrone in 1888. 4 Substructure work began in February 1889 by Hopkins & Company while the superstructure was erected by the Union Bridge Company of Buffalo, New York, and Athens, Pennsylvania with steel sourced from the Detroit Bridge & Iron Works Company of Detroit, Michigan. The first train crossed the new bridge on August 21. 1

Upon opening, the crossing was named after William Bennett Henderson Young, president of the Louisville Southern Railroad (LS). 1 4 It was operated as a component of the LS Lexington to Lawrenceburg Division, serving industries in Versailles and Lawrenceburg, along with a power plant at Tyrone along the river. 2

The last regularly scheduled passenger train operated across Young’s High Bridge on December 27, 1937. 1 Freight traffic declined over the years, dropping considerably after a derailment at the Tyrone Power Station in 1979 that led to that spur’s closure. A runaway locomotive on the steep spur destroyed several coal cars, but no injuries were reported. 2

The Louisville Southern later became part of Norfolk & Western (N&W) and the line between the east side of Lawrenceburg and Versailles was closed to through traffic in November 1985 because of high expenses and low originating and through traffic. 1

Young’s High Bridge was notable for having never been strengthened, modified, or reconstructed. 1

In 2003, the Tyrone Bridge & Railroad Company, a nonprofit, tried to raise money to preserve the bridge as either a rail trail or as a westward extension of Bluegrass Railroad Museum’s excursion. 1 4 Immediately to the east of the bridge, the Bluegrass Railroad Museum operated over 5.5 miles of track from milepost 9 at Beasley Road to milepost 3.5 at Young’s High Bridge. 2 The Tyrone Bridge & Railroad Company dissolved in 2011 without much action.

Norfolk Southern Railway, the successor to the N&W, donated the bridge to the Young’s High Bridge Historical Society in July 2008. 4

In October 2012, the bridge was purchased by Young’s Bridge Partners for $105,000. 4 It was later in January 2013 announced that the bridge would be used as a base jumping center for Vertigo Bungee, and would be the highest platform bridge jump in North America. Today, Young’s High Bridge is used for jumps for four to ten weeks a year by Vertigo Bungee. 4 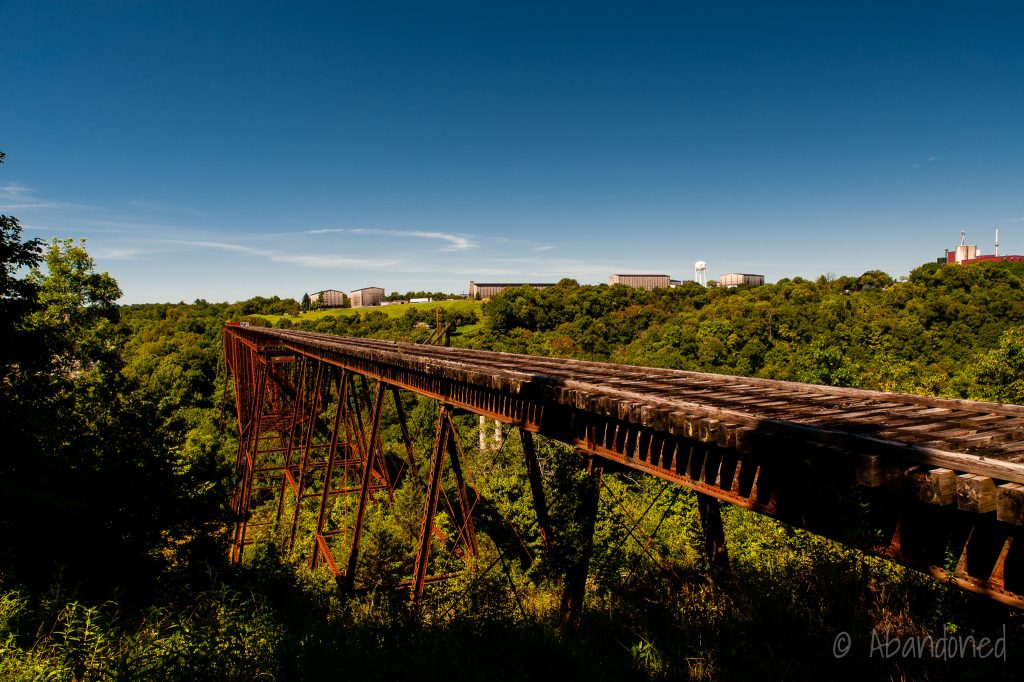 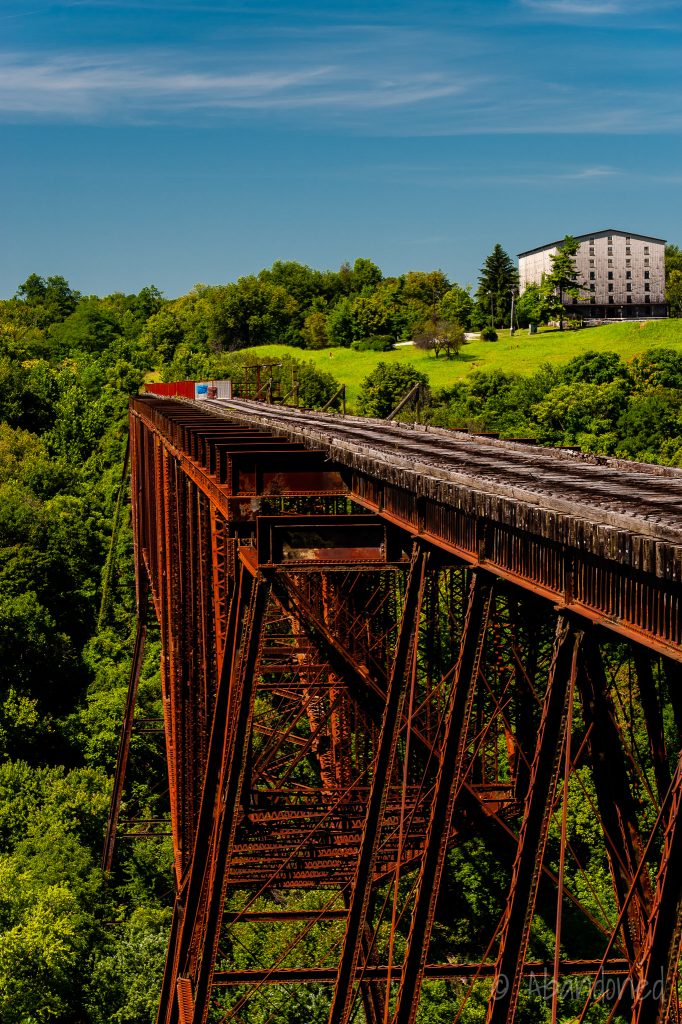 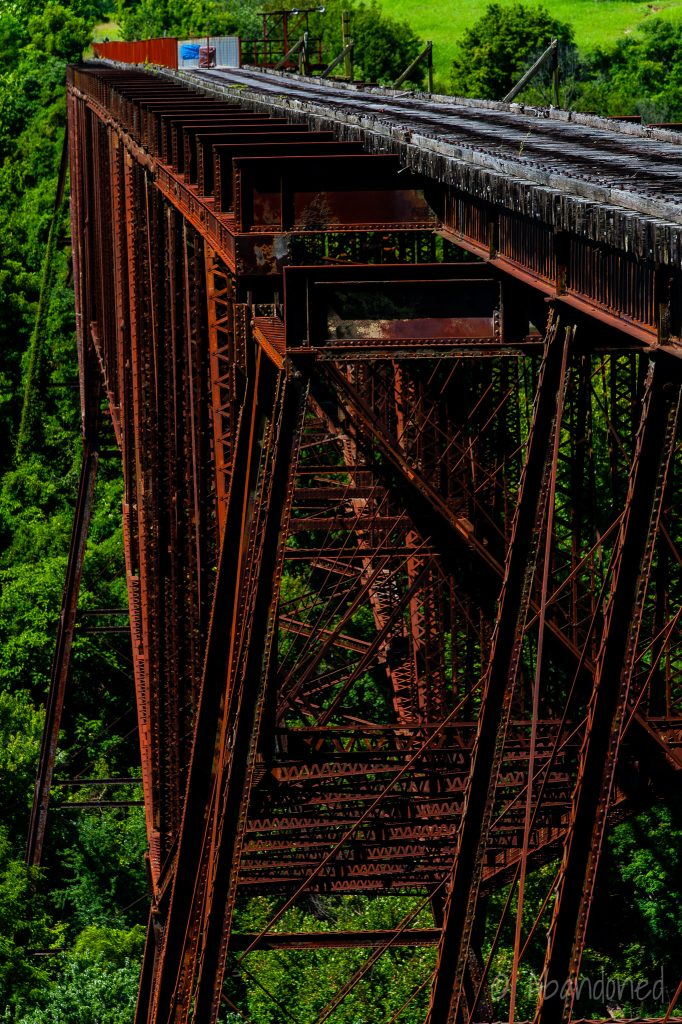 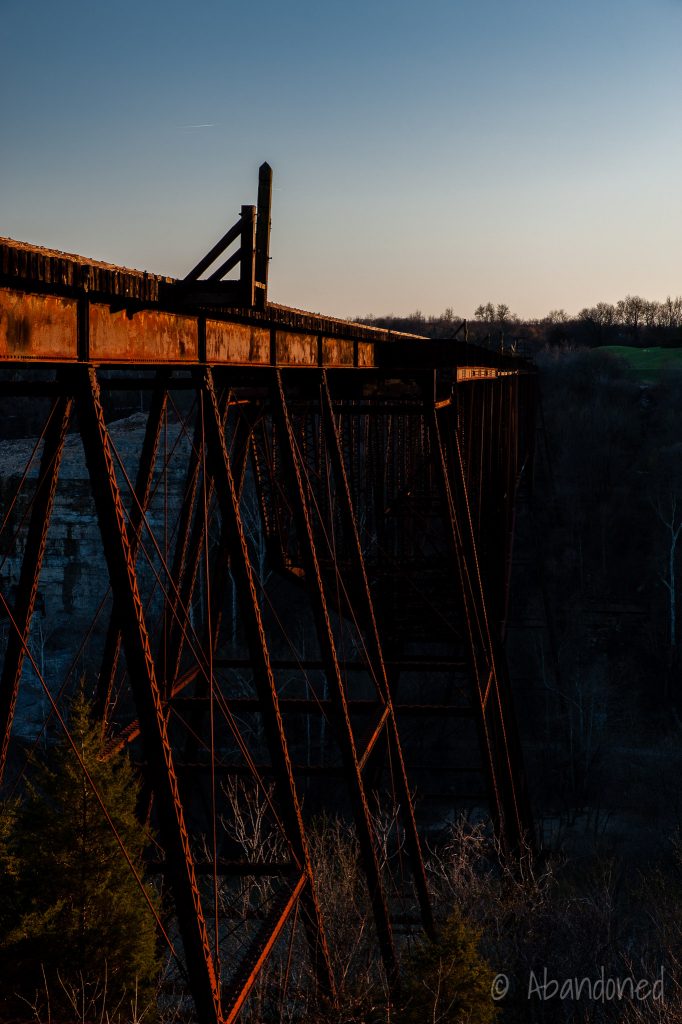 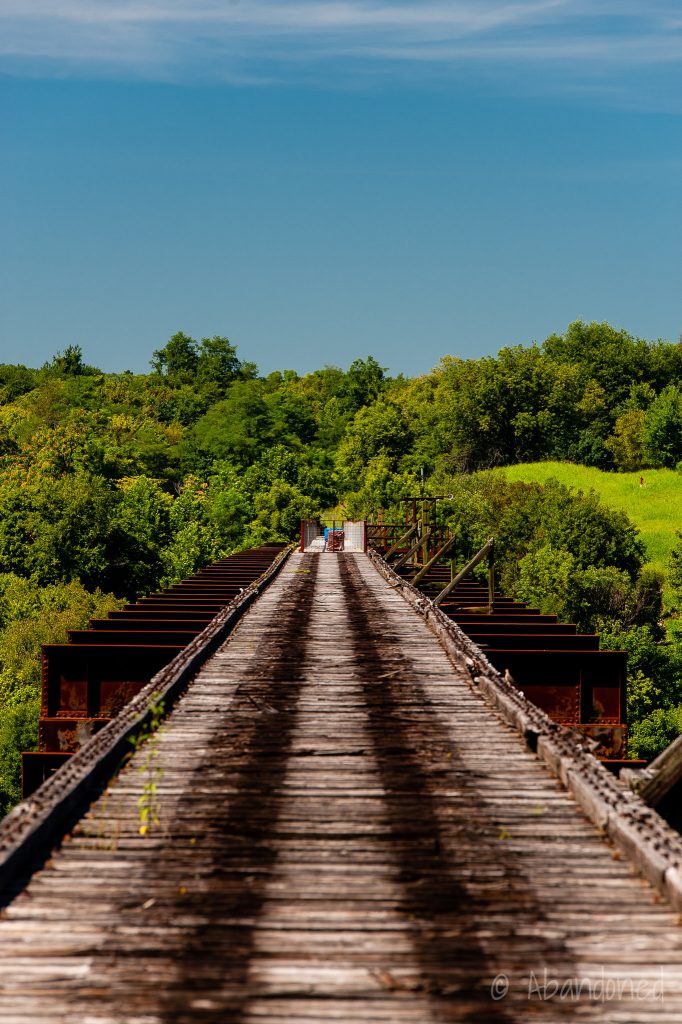 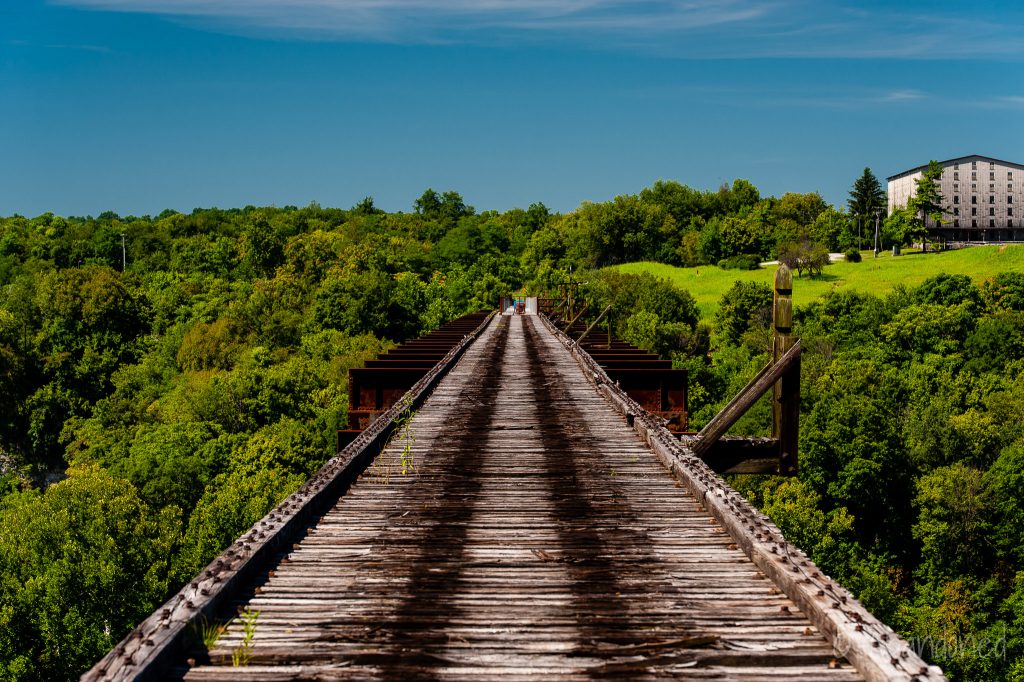 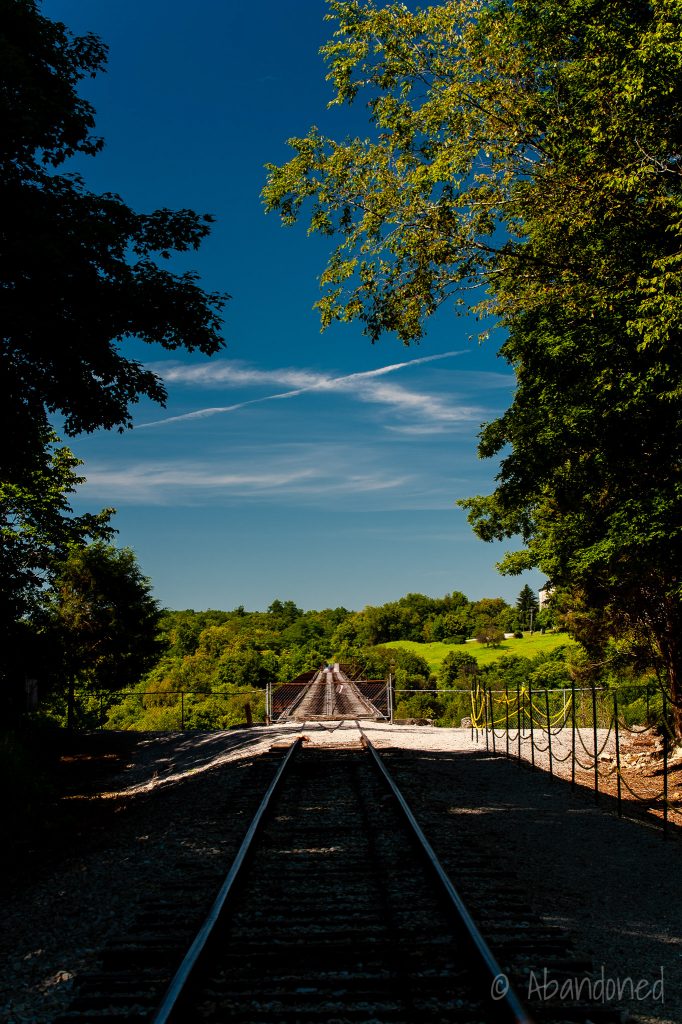 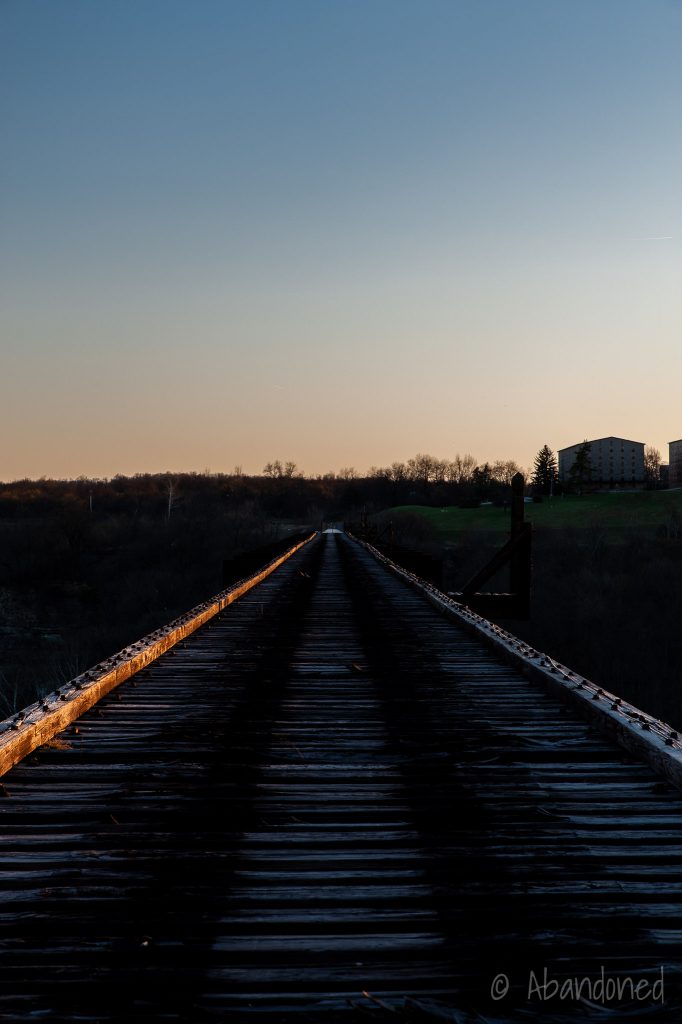 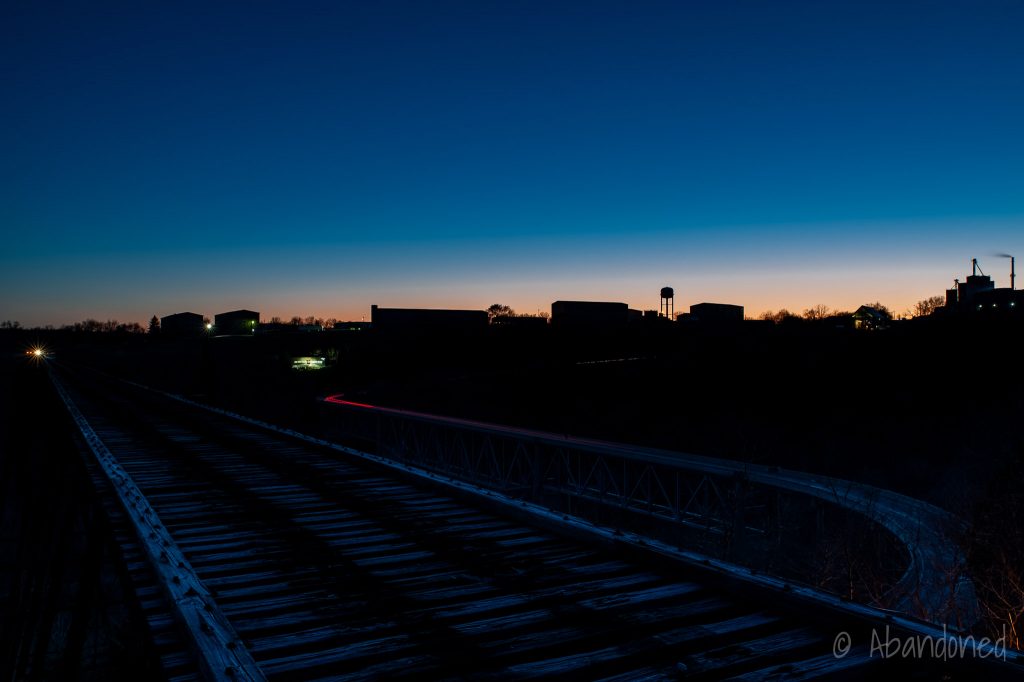