The Pittsburgh Coal Company desired a way to ship coal from their coal mines along the Monongahela River to the Republic Steel Company in Youngstown, Ohio without having to use existing carriers, such as the Pennsylvania Railroad (PRR) or the Pittsburgh & Lake Erie Railroad (P&LE). The coal company’s plan was to ship coal from the mines via the Monongahela and Ohio rivers to Smith’s Ferry, Pennsylvania, where it would then be transported by rail to Youngstown.

The coal company, however, was refused permission to build a railroad from Smith’s Ferry and Mill Rock in 1928. 4 The Interstate Commerce Commission stated that the present lines operating into Youngstown by the PRR were more than adequate to handle the proposed traffic of the branch. In response, the coal company acquired the Pittsburgh, Lisbon & Western Railroad (PL&W), which operated between Lisbon, Ohio and New Galilee, Pennsylvania, and the Youngstown & Western Railroad, which operated between Columbiana and Youngstown.

To avoid having to use the PRR to reach Youngstown, Pittsburgh Coal desired to construct a $3 million 5 branch line along Beaver Creek from Negley south to Smith’s Ferry. 4 It would include a tunnel at Grimms Bridge.

The PRR and the P&LE railroads sought to halt construction, seeing that Pittsburgh Coal would bypass their lines in favor of their own direct route. 4 5 It would amount to a $2.5 million revenue drop for the PRR. 5

Construction of the Smith’s Ferry Branch began in 1932. 6 Grading and bridge erection was completed by the Hine-McKinley Company and the Reilly & Quinn Company of Youngstown in the fall. 4 6

The route included the boring of a 1,200-foot tunnel at Grimms Bridge in order to avoid a Pennsylvania railway right-of-way. 6 The concrete-lined tunnel was built by the Booth & Glinn Company of Pittsburgh. It also included a railroad trestle over Beeler’s Run near Fredericktown that was erected by the McClintock-Marshall Contracting Company of Pittsburgh.

At the same time the Smith’s Ferry Branch was being built, Pittsburgh Coal extended the Youngstown & Suburban line from Columbiana to Signal where it connected with the PL&W. 4

Operation of the Smith’s Ferry Branch began in mid-1936 with 50 to 60 carloads daily. 4 Coal mined from Pittsburgh Coal along the Monongahela River was shipped by barge to Smith Ferry where derrick shovels transferred it into a waiting train. 1 4 The coal was then hauled to a plant south of Negley where it was washed, graded, and reloaded. It was then taken to Negley and transferred to the PL&W. The coal was hauled seven miles to Signal where it was taken over by the Youngstown & Suburban and delivered to steel mills in and around Youngstown. 1

The PRR and the Pittsburgh & Lake Erie (P&LE) railroads sought to halt operations of the Y&S in shortly after Smith’s Ferry Branch opened. 4 The railroads claimed that the Y&S was built without proper authority and without the approval of the Interstate Commerce Commission. The northern Ohio federal court and the sixth circuit court of appeals had previously refused to stop the construction and operation of the Y&S.

The PRR also sought to interfere with the Smith’s Ferry Branch’s coal docks at Smith’s Ferry. 4 The PRR claimed that the dredging of the canal bed on Beaver Creek, used to access the coal docks, would endanger their bridge across Beaver Creek. The courts had previously come into agreement with the Pittsburgh Coal Company.

The PL&W was merged into the Y&S in 1945. 7 At the end of 1946, Consolidated Coal, the successor to Pittsburgh Coal, decided to sell its railroad assets. The PRR and the P&LE jointly purchased the Montour Railroad and the Y&S, both gaining control on December 31, 1946. 11

Active service continued on the Smith’s Ferry Branch until 1967 when a landslide filled the south portal of the Grimms Bridge Tunnel. 2 The landslide originated from a strip mine that had been operated by the Tassi Coal Company, which had gone bankrupt. Due to the precarious finances of the PRR and NYC at the time, the tunnel remained covered. Trains were simply rerouted to other PRR and NYC routes.

In 1970, the PRR declared bankruptcy. The newly independent and profitable P&LE gained control of Montour and Y&S. The Y&S sought federal permission to abandon all but the northernmost mile of the Smith’s Ferry Branch on April 26, 1977. 1 The motion was not granted.

CSX acquired the P&LE in 1991 and the Y&S was leased to the newly formed Pittsburgh, Lisbon & West Railroad (PL&W). 7 PL&W filed to abandon 12 miles of the Smith’s Ferry Branch in 1995. All but the northernmost mile 9 at Negley was removed in 1996.

A group of local enthusiasts formed the Sandy-Beaver Canal and Railroad Company in April 1970, with the goal to carry passengers along a steam-powered locomotive between Negley and Smith’s Ferry. 2 Two steam locomotives, a car, and a caboose were obtained. The locomotives were sourced from the Carbon Limestone Company of Lowellville. One was a 71-ton six-wheel built by the H.K. Porter Company and the other was a 45-ton four-wheel built by the Vulcan Company, both unused since the 1950s.

It was proposed that the excursion line take two hours to complete and include stops at Fredericktown and Beaver Creek State Park. 3

In 1991, the Little Beaver Creek Valley Railroad (LBCV) was organized with the goal of organizing a tourist train along the Smith’s Ferry Branch. 7 The LBCV paid the PL&W $250,000 for the right to operate a train over the branch on a two-year lease with an option to purchase. 8 Operations were transferred on May 1, 1993.

The LBCV operated a circa 1950 125-ton locomotive built by General Motors for the Y&S, along with four cabooses and three passenger cars over the northern portion of the Smith’s Ferry Branch. 8

After the PL&W dismantled the Smith’s Ferry Branch in 1996, the Ohio River Trail Council proposed that the right-of-way be converted into the Smiths Ferry Trail, a rail-to-trail. 10 It was proposed as part of the Great Ohio Lake-to-River Greenway, a 110-mile rail-to-trail from Pittsburgh to Ashtabula, Ohio. As of June 2016, the Greenway was 80% complete with the Smith’s Ferry Trail being the last major component that remained incomplete. An uncooperative landowner has held up the completion of the project. 12 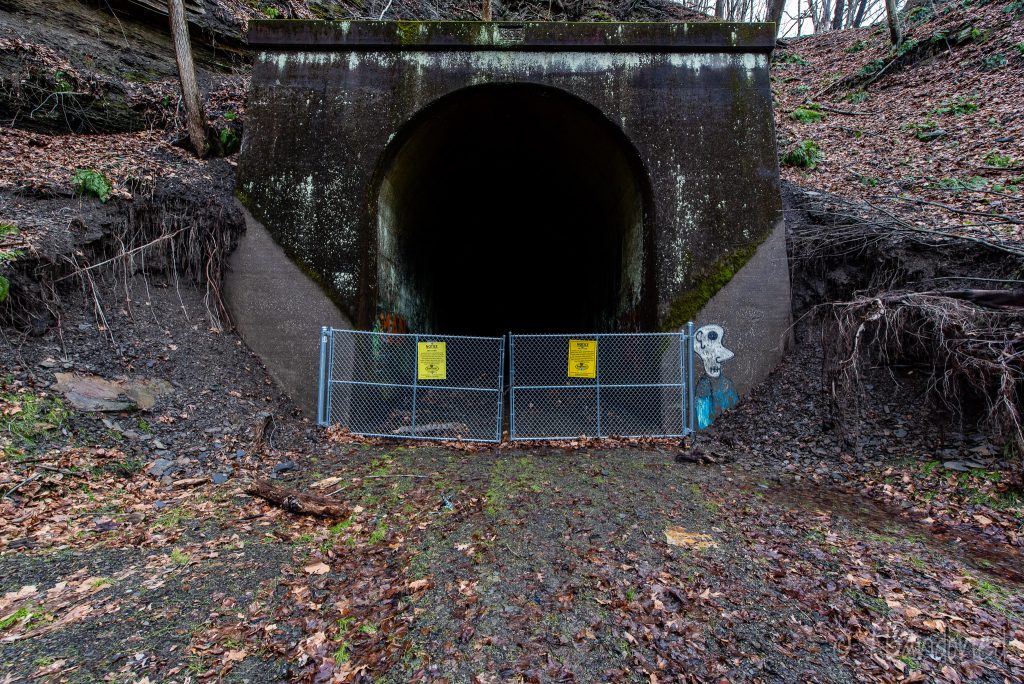 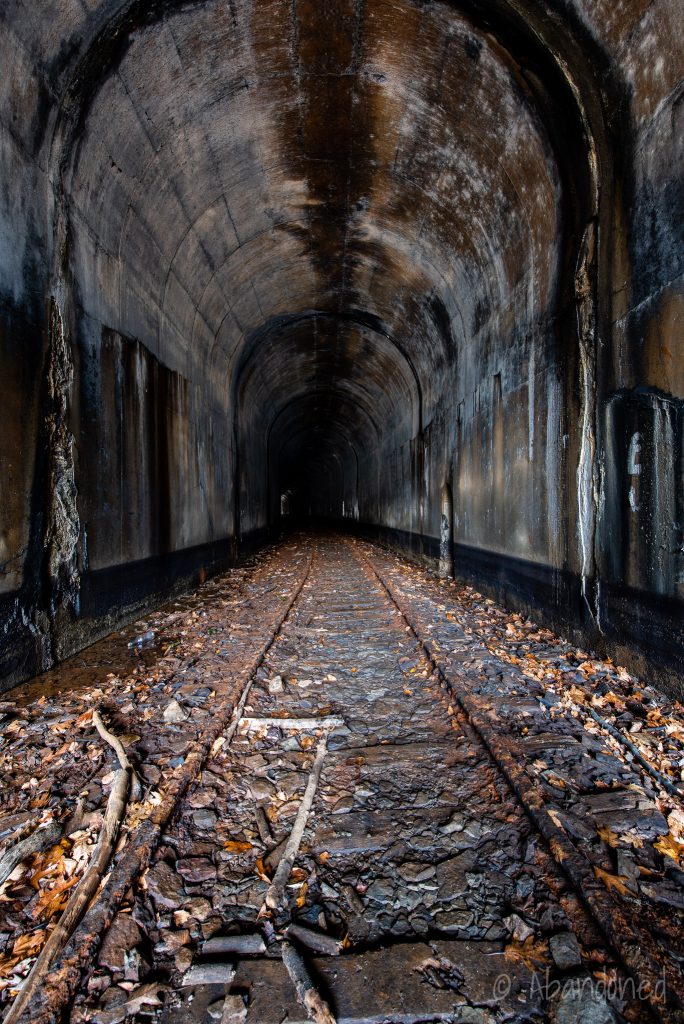 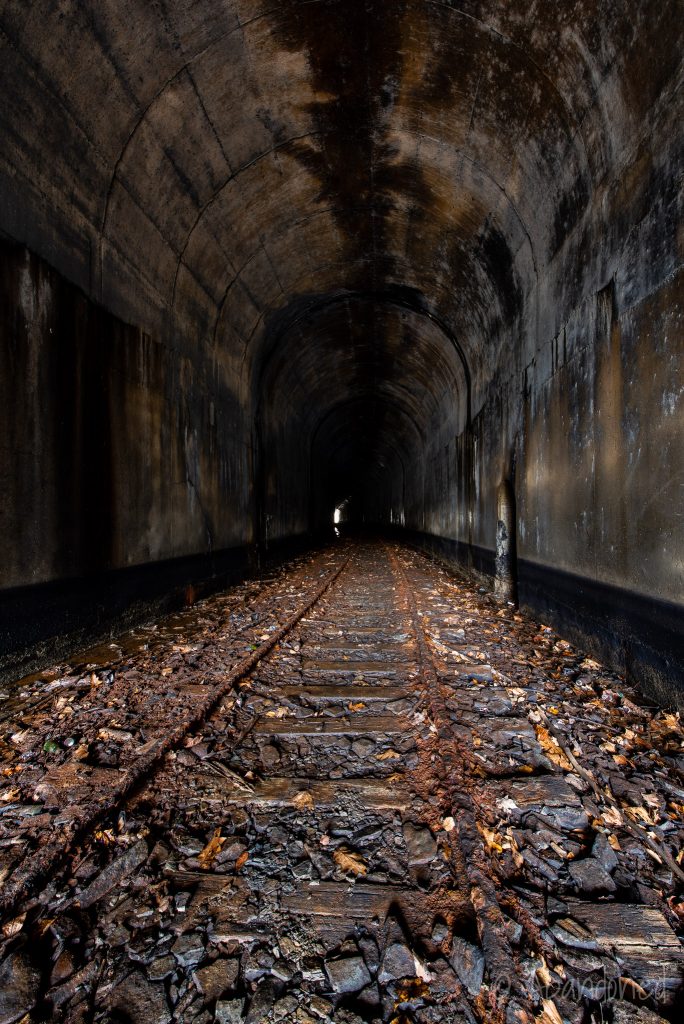 It's always a shame when a structurally sound building is demolished for a surface lot. It's even more upsetting when it is in a central business district. A rather unassuming reinforced concrete s…
END_OF_DOCUMENT_TOKEN_TO_BE_REPLACED
Category ExplorationsPosted on September 28, 2009April 23, 2015

Summer 2009 at the Ammunition Plant

For a town that has been on the economic decline for over two decades, Jeannette, Pennsylvania held its own as it was located near the Pennsylvania Turnpike and Toll Road 66. The town suffered a loss …
END_OF_DOCUMENT_TOKEN_TO_BE_REPLACED