Youngstown, Ohio is the county seat of Mahoning County and is named for John Young, an early settler from New York. The city prospered for decades under heavy industrialization, chiefly steel mills. Closure of the mills in the 1970s led to major population losses and a sharp increase in poverty.

Youngstown was named for John Young of Whitestown, New York, who surveyed the region in 1796 and settled along the Mahoning River soon after. 1 13a It was initially a part of the Connecticut Western Reserve, a section of the Northwest Territory reserved for settlers from Connecticut. 3a On February 7, 1797, Young purchased the township of 15,560 acres from the Western Reserve Land Company for $16,085, 2 and formed Youngstown on August 19, 1802. 3 11 Many of the early settlers, mostly of Scottish and Irish heritage, were from Pennsylvania and the Northeast. 3b

In 1800, territorial governor Authur St. Clair established Trumbull County, named in honor of Connecticut Governor Jonathan Trumbull, and designated Warren as the county seat. 3c The county was divided into townships in 1813, with Youngstown Township comprising much of what later became Mahoning County. 3d The village of Youngstown was incorporated in 1848 and became a city in 1867. 11 2a It became the county seat in 1876 when the administrative center moved from Canfield. 2a

Industrial development began early for Youngstown, especially after the discovery of coal reserves in the region. The first pig iron blast furnace, fueled with local coal and iron ore, was completed in 1803 by James and Daniel Heaton. 3j

The Pennsylvania & Ohio Canal Company was founded on November 13, 1833, after 109 delegates at a convention in Warren decided to privately fund an 82-mile canal New Castle, Pennsylvania to Akron via Youngstown. 4 Construction began on September 17, 1835, at Portage Summit between Kent and Ravenna, Ohio, 5 6 and was dedicated on August 4, 1840. The canal passed through Youngstown, which was vital to industrialist David Tod who persuaded Lake Erie steamboat owners that coal mined in Mahoning County could fuel their boats. A railroad was completed to Youngstown in 1856. 11 3e

The rise of industry led to mass immigration, especially those of Wales, German and Irish descent, and later those from eastern Europe, Italy, and Greece. 3f The first iron factory, the Youngstown Rolling Mill Company, was built in 1846. 3h By the middle of the century, the city was home to several iron plants, including Tod’s Brier Hill Iron & Coal Company. 3g By the early 20th century, many of the factories had consolidated and shifted to steel production. 3i

In 1900, the Youngstown Sheet & Tube Company was founded by George D. Wick and James A. Campbell and produced steel sheets and tubes.

The boundaries of the city consisted originally of downtown, Smoky Hollow, Arlington, and Mahoning Commons, but grew out to the East Side, Wick Park, River Bend, and Oak Hill neighborhoods by 1880. 13a By 1900, Hazelton, Lower Gibson, Erie, Warren, Steelton, and Brier Hill had been built, followed by Buckeye, Lansingville, Salt Springs, and Belle Vista in 1910. A major expansion in 1929 encompassed the entire township, adding Kirkmere, Idora, Schenley, Landsdowne, North Heights, Sharon Line, Lincoln Knolls, Brownlee Woods, and Pleasant Grove.

A comprehensive plan adopted in 1951, and amended in 1974, projected that Youngstown would grow to 250,000 in population thanks in part to strong demand for domestic steel and reconstruction in western Europe, Japan, and South Korea. 13a 13b Much of the land at the fringes of the city, totaling 12,000 acres, was reserved for housing.

At its peak in 1960, Youngstown boasted the highest household income per capita in America. 12

Youngstown’s economy was nearly single-focused on steel production and support. 8a In 1969, Youngstown Sheet & Tube merged with Lykes Corporation which burdened the company with debt. 8b The company was further strained by the rise of “mini-mills” which used electric-arc furnaces to recycle scrap steel and foreign competition. The company abruptly closed its Campbell Works and laid off 5,000 workers on September 19, 1977. 7 The Brier Hill Works was sold to Jones & Laughlin Steel, later purchased by Ling-Temco-Vought (LTV), which abruptly closed in 1979. U.S. Steel closed its facilities in 1980, and nearby Republic Steel went bankrupt in the mid-1980s. 9a

In total, Youngstown lost an estimated 40,000 manufacturing jobs, 400 satellite businesses, and $414 million in personal income. 9b

Today, the city is known for Youngstown State University, a liberal art and research-oriented university with 15,000 students located near downtown, the mammoth Butler Institute of American Art, the Powers Auditorium, a former Warner Brothers theater, 11 the DeYor Performing Arts Center, and the Covelli Centre.

The city has begun to embrace its declining population. After peaking at 168,330 residents in 1950, Youngstown has just 62,000 residents today.  Because of the much lower density, the city began implementation of its Youngstown 2010 Plan, a detailed, comprehensive plan that set out specific policies to guide a downsized city with the goal to create a smaller, greener, cleaner, and more efficient government. 13

Aided in part by historic preservation tax credits and low-interest financing for abandoned buildings, millions of dollars have been reinvested in downtown and surrounding neighborhoods. The empty Wick Building has been rehabilitated into market-rate apartments and extended-stay units, and the abandoned Stambaugh Building has been renovated into the city’s newest hotel in 30 years, two restaurants, a coffee shop, and a roof-top bar. Federal Street, once pockmarked with collapsing theaters and department stores, is now home to boutique breweries, small-scale eateries, and locally-owned stores. 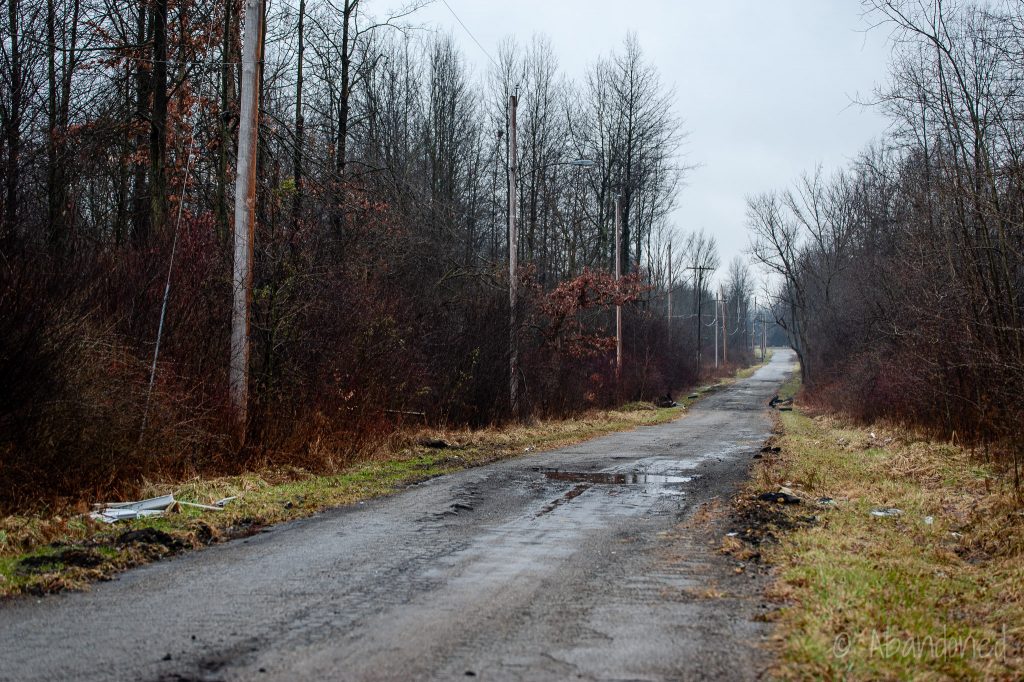 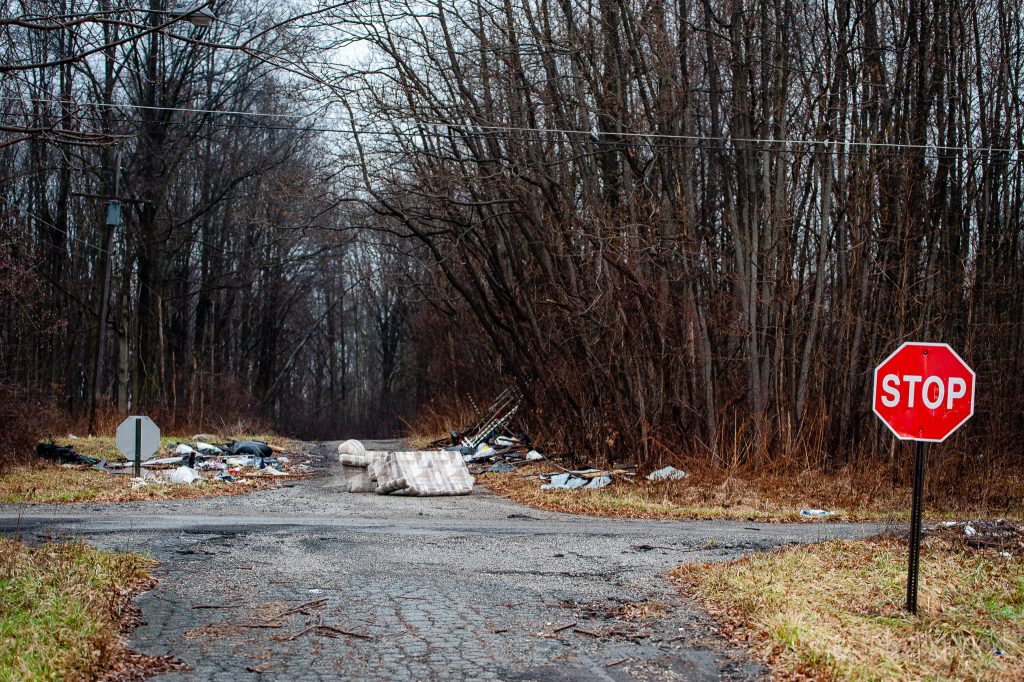 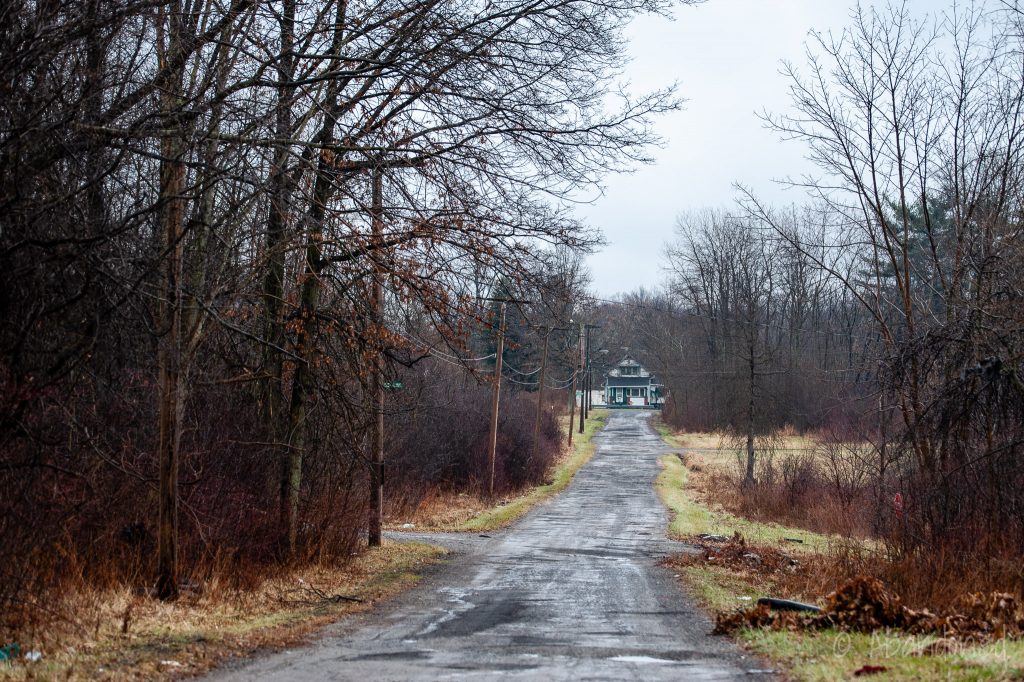 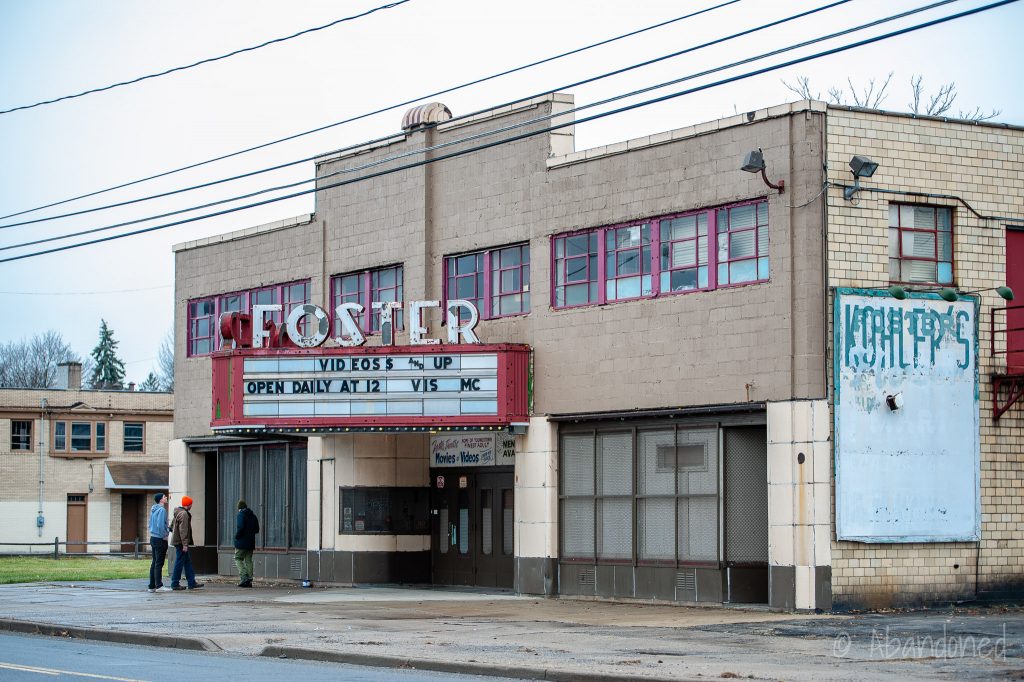 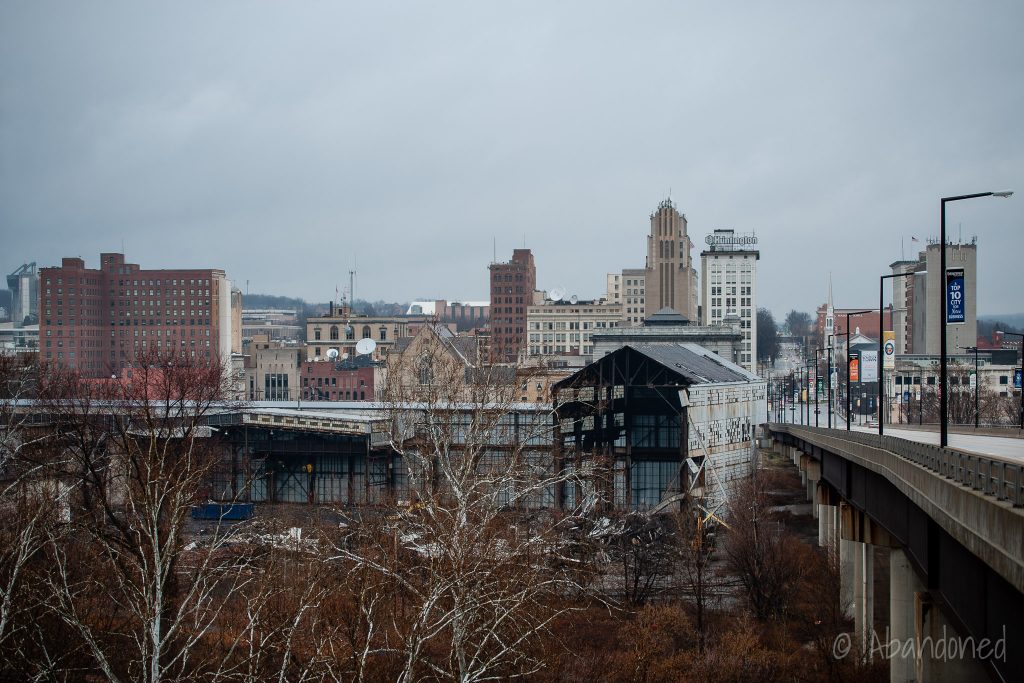 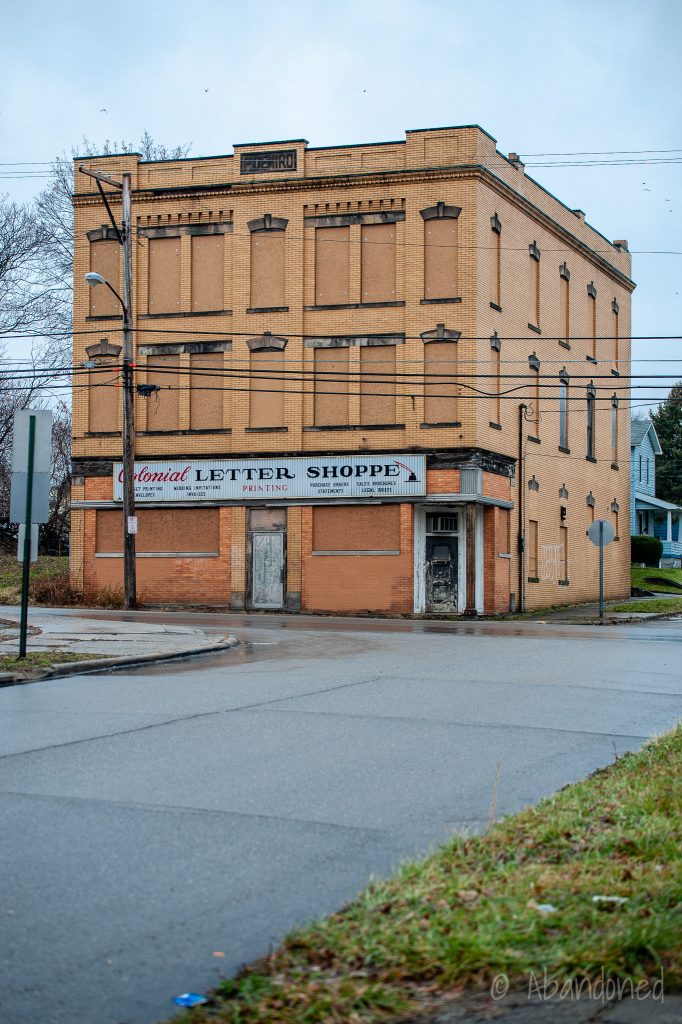 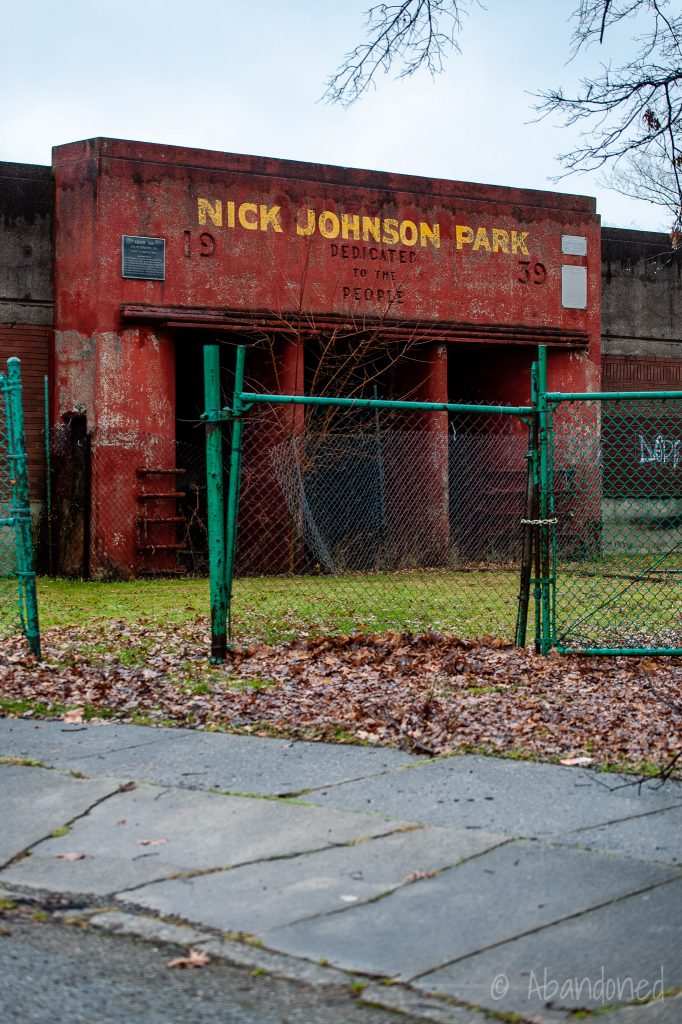