Susan Orlean, of the New Yorker, once said that living in a rural region exposes the body and mind to marvelous things: the natural world, the “particular texture” of small-town life, and the “exhilarating experience” of open space. It’s not difficult to argue that.

Located in a remote town in the hills of eastern Kentucky, Hazel Green Academy, set among the hardwoods and abutting flowing pastures, opened to students in 1880. The private school offered a good education to the under-served and boasted low tuition rates and a stepping stone to college and “a higher sphere in life.”

The school’s curriculum consisted mostly of college preparatory courses, and students were expected to participate in religious activities—not at all surprising as it was operated in part by the Christian Woman’s Board of Mission of Kentucky and then the United Christian Missionary Society, a branch of the Disciples of Christ Christian Church.

Time marched on. By the mid-1920s, the Academy boasted a 212-acre farm, a used clothing store, a small hospital, and a kindergarten, along with a gymnasium, administration building, classrooms, and an arts and crafts complex. But free public education began sweeping through the state throughout the early 20th century, and by 1929, Hazel Green only offered courses for middle and high school students. In 1965, grades 7 and 8 were dropped because of low demand.

Hazel Green Academy became an independent institution affiliated with the Christian Church in 1971 and began a major push to strengthen its fundraising and recruitment efforts. It was only a temporary solution to the long-term decline of the school. Owing to an increasing fiscal deficit, the Board of Directors voted in June 1983 to not reopen that fall. 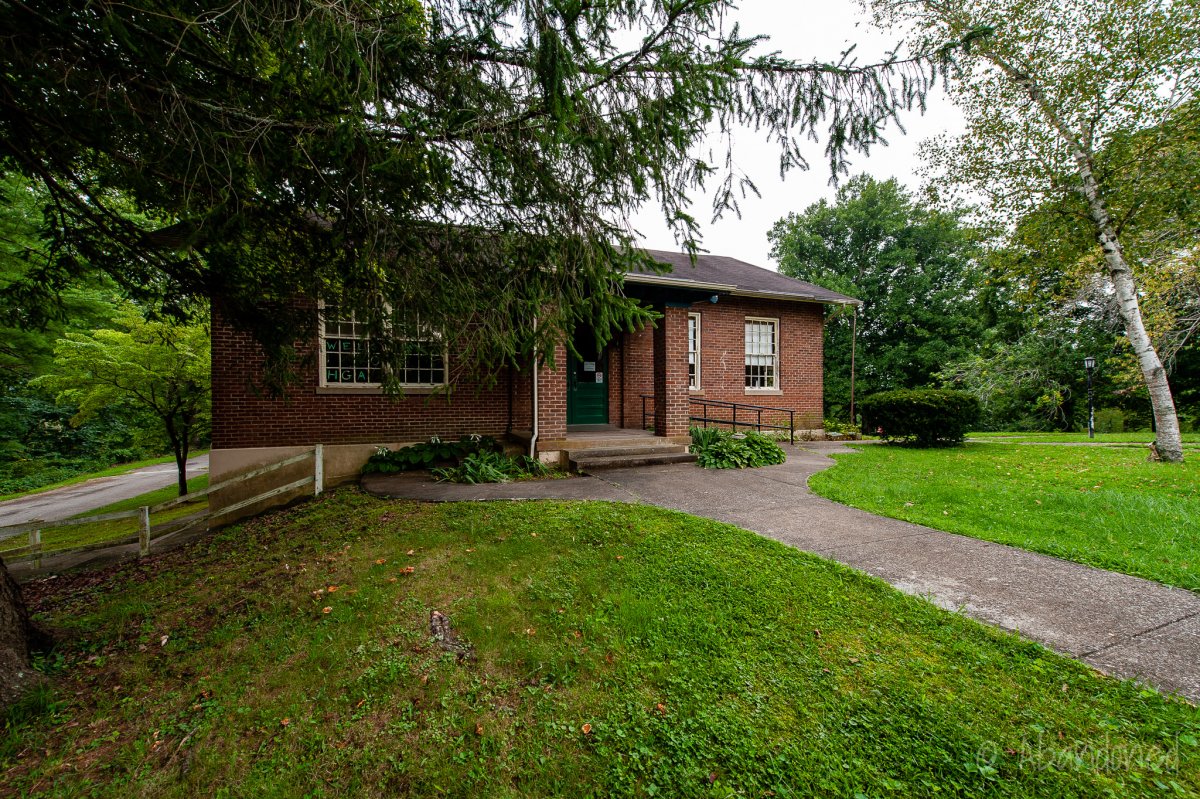