The Alderson Academy is a former Baptist-affiliated school in West Virginia. After its merger with Broaddus College in Philippi, the Alderson campus was mothballed. Two other colleges reused the building before the structure was abandoned in the 1990’s.

The Alderson Academy, a private school for young men and women, had its roots by George Alderson, the last surviving trustee of the Alleghany Baptist College at Blue Sulphur Springs.1 One of his two children, Emma Alderson, a former teacher at Alleghany Collegiate Institute, sought to reopen the school. Partnering with the Reverend John C. Killian, then minister of the Greenbrier Baptist Church, the Alderson Baptist Academy opened on September 18, 1901. 1

Classes were first held in the Goode Building which had been acquired from J.G. Alderson for $7,000. 5 Initially built as a school, it included boarding rooms for 50 students and classroom space.

The first year was considered a success and in the following year, scientific courses in botany, geology, chemistry, physics, and zoology were added. 5 Enrollment increased to about 112 students, 5 and the first class graduated in June 1903. 4

A fire gutted the school building on October 31, 1906. 5 The cause of the fire was determined to have been “mice and matches.” Since the building was unfit for habitation, students were taught at the Greenbrier Baptist Church and in a room over L.W. Rowe’s store. Rooms were obtained in two nearby residences for the boarders. Within a few months, the school building was repaired and put back into operation.

During the years of no public high schools, the Alderson institution flourished. 2 Students were able to receive their secondary education. But facing the rise of public high schools that could offer the same education for free, Alderson turned the school over to the West Virginia Baptist General Association in 1911, and it became the Alderson Baptist Academy. 1 5 A gymnasium was added in 1914. 5

In 1916, a proposal was made to construct a new, enlarged brick building. 5 Some discussion was held on whether or not to keep the school in Alderson or relocate it to a larger city such as Beckley as they were offering large tracts of free land. Ultimately, the school stayed put in Alderson. In 1918, after struggling with admissions, it added two-year college-level courses and became the Alderson Baptist Academy Junior College. 1 5

In 1920, the Alex McVeigh Miller home, “The Cedars,” was purchased. 5 The large frame house was used as a boy’s dormitory and then as the president’s residence.

Toward the effort for a new building, fundraisers were held. J. Carey Alderson of Logan donated $80,000, and George W. Jones of Red Star sent over $25,000 towards the effort. 1 In 1924, a new $200,000 2 / $300,000, 5 four-story brick building was completed. 2 It contained classrooms, a library, study hall, and a large auditorium on the first two floors, and living quarters on the upper floors. 5 A steam plant and laundry was located in a rear structure.

By 1930, the college had its peak enrollment of 412 students. 1 Financial difficulty during the Great Depression forced the consolidation of Alderson Junior College with Broaddus College on October 15, 1931.

Broaddus College, founded in Winchester, Virginia as the Winchester Female Institute in 1871 by Edward Jefferson Willis, 1 was renamed the Broaddus Female College in 1875 after the Reverend William Broaddus, a prominent minister during the American Civil War. In response to a downturn in the local economy, the college moved to Clarksburg, West Virginia in 1876.

Management of Broaddus fell under the West Virginia Baptist General Association in 1885, and the name of the school became Broaddus College. 1 It became co-educational in 1888. In 1894, the school was renamed to the Broaddus Classical and Scientific Institute. Financial issues forced the closure of the school for a few years until the debts were paid off. In 1909, the renamed Broaddus College school relocated to Philippi as that town had donated land and a building for a new campus.

Both Alderson Junior College and Broaddus College shared common religious affiliations and missions, and the merger meant that they could share resources and students in the joint campus at Philippi. 1

After the merger, the former Alderson campus was mothballed. 2 Armstrong College, founded by Dr. I.B. Bush of Charleston, operated out of the building from 1932 until it dissolved in 1935. 4 5

A 25-member state committee inspected the building on May 25, 1948, with the goal of using the 50-acre complex as a state vocational camp. It would be used for the state’s Future Farmers of America and Future Homemakers clubs and be patterned after the Four-H camp at Jackson’s Mill. On July 30, the camp committee voted in favor of a site at Elkins. 3

In 1953, the building was purchased for $40,000 by a group of independent Baptists to run the Mountain State Baptist School/Mountain State Christian High School. 4 5 Opened on August 29, 1955, the new school faced immense difficulties: a lack of working capital, accreditation, and awareness, as did its strict rules. While students were prohibited from gambling, drinking, or smoking, which were standard rules at the time, the dis-allowance of watching movies and dancing led to low enrollment.

Mountain State Baptist School operated until the 1980s. The building was then used as rental apartments into the mid-1990s. 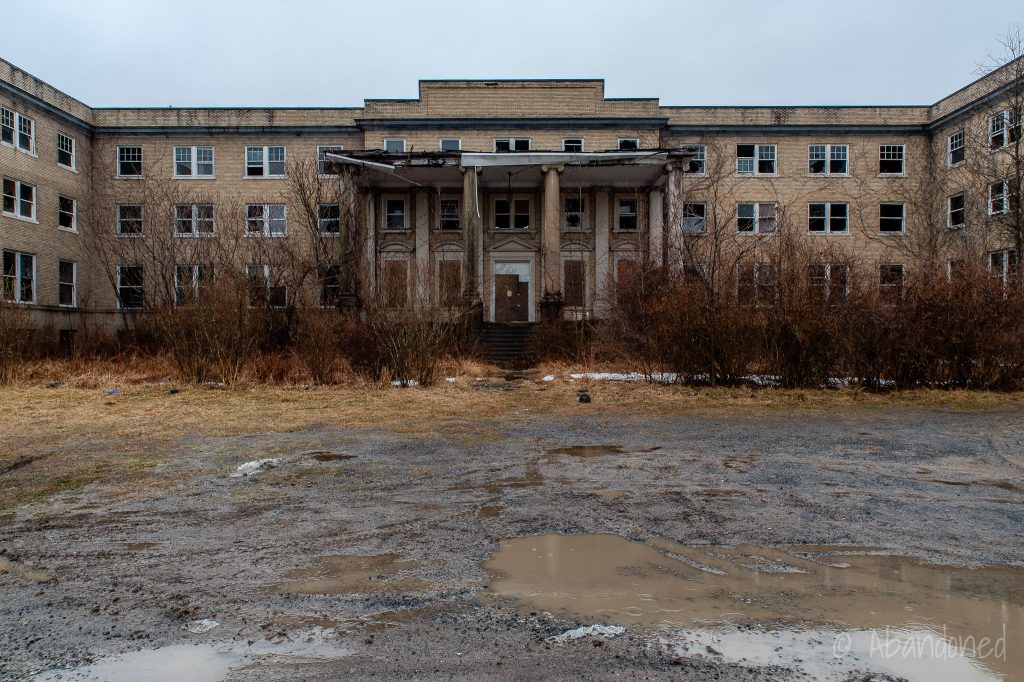 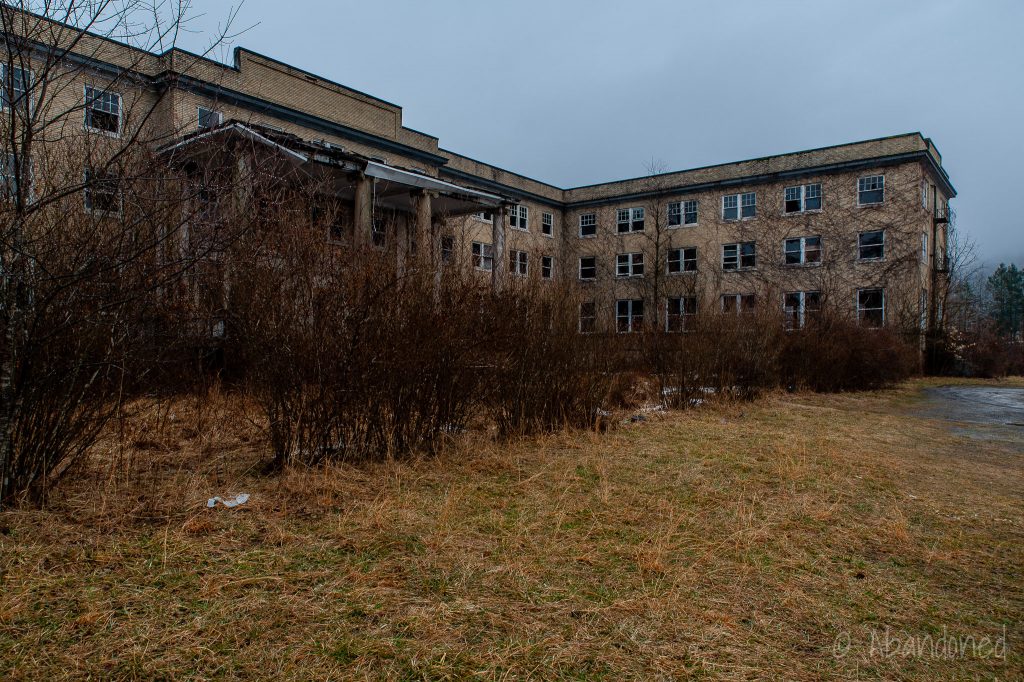 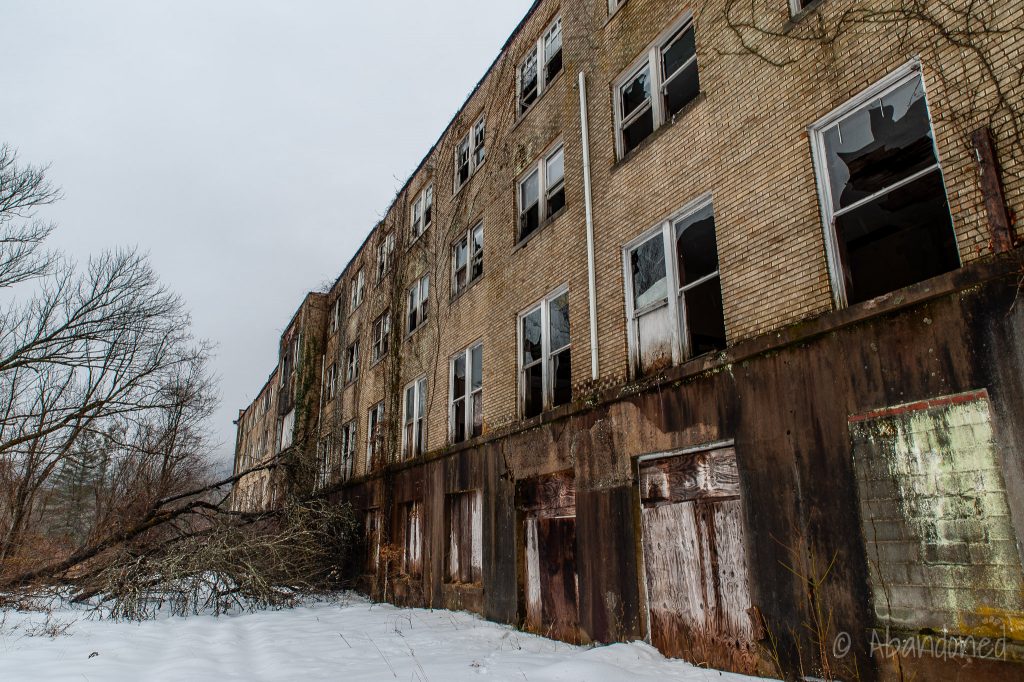 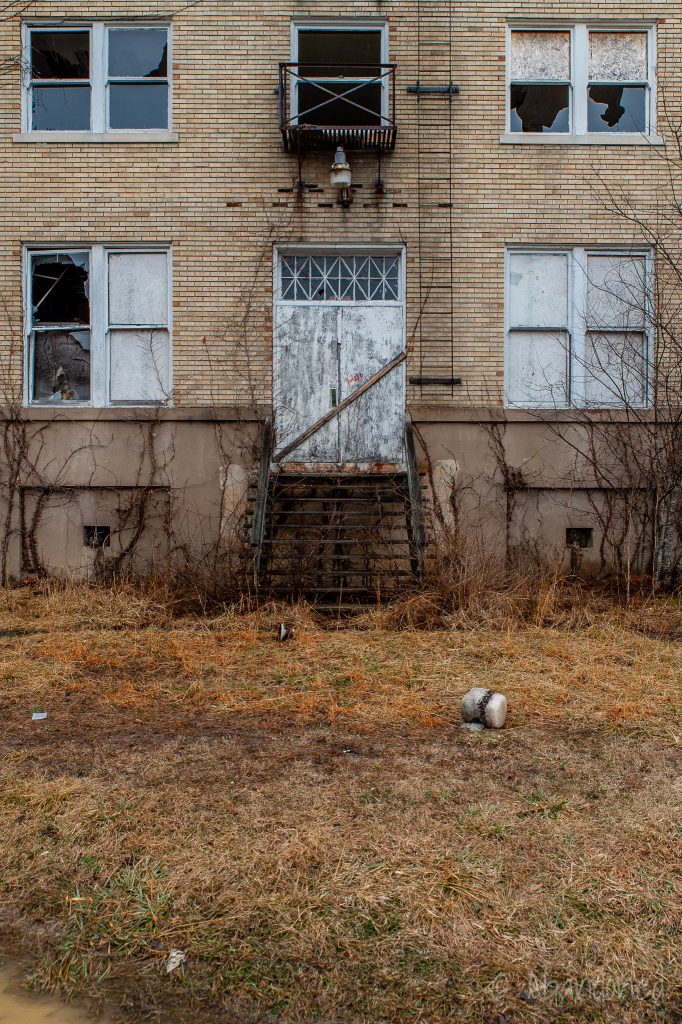 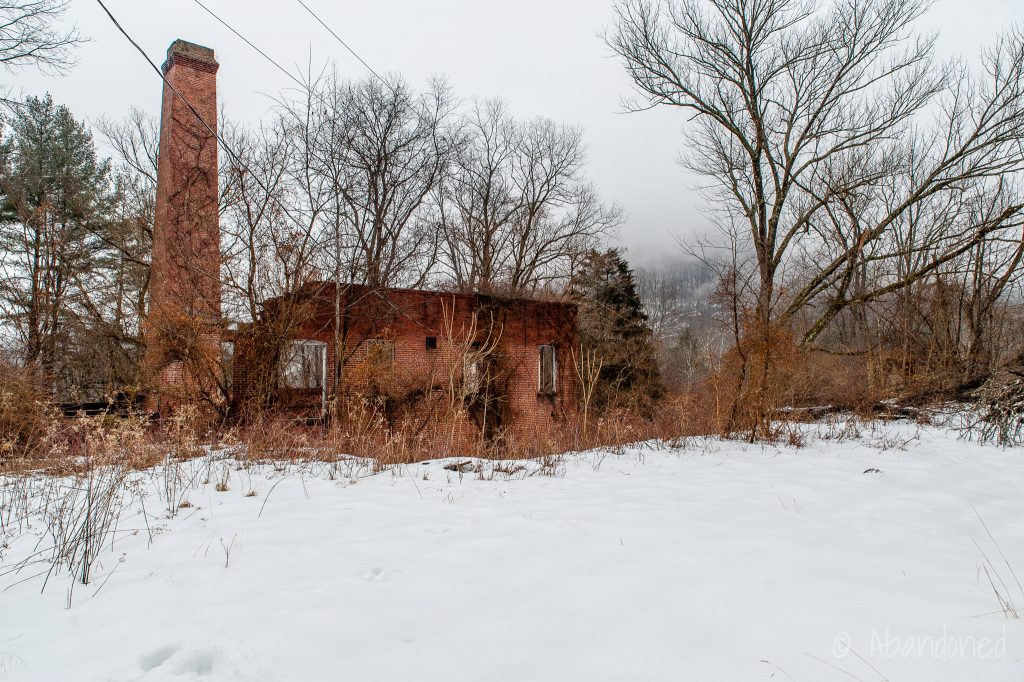 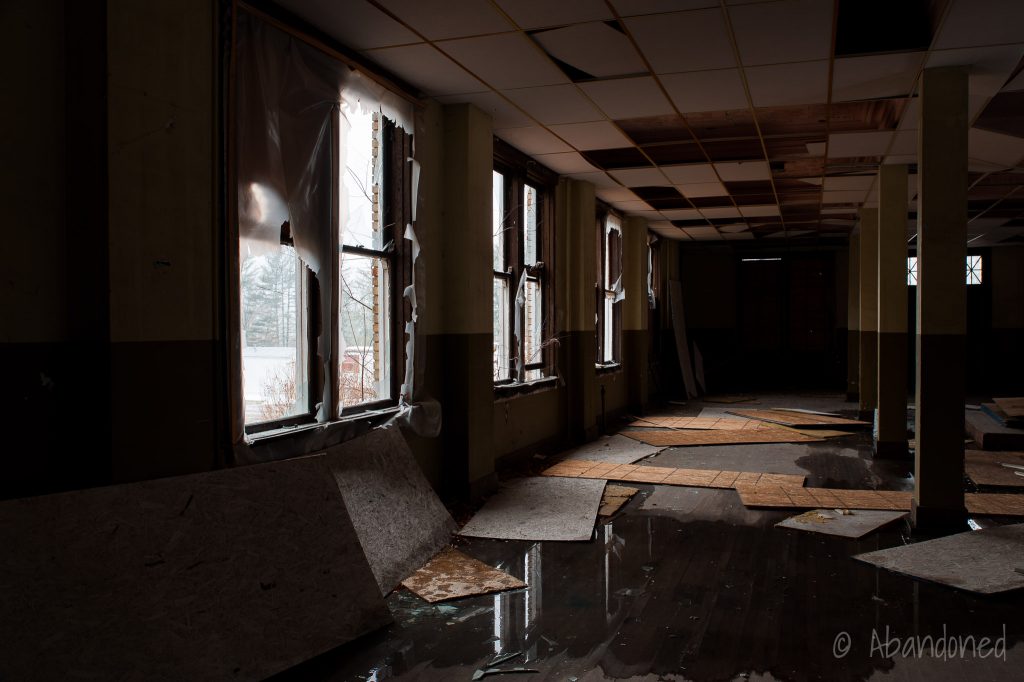 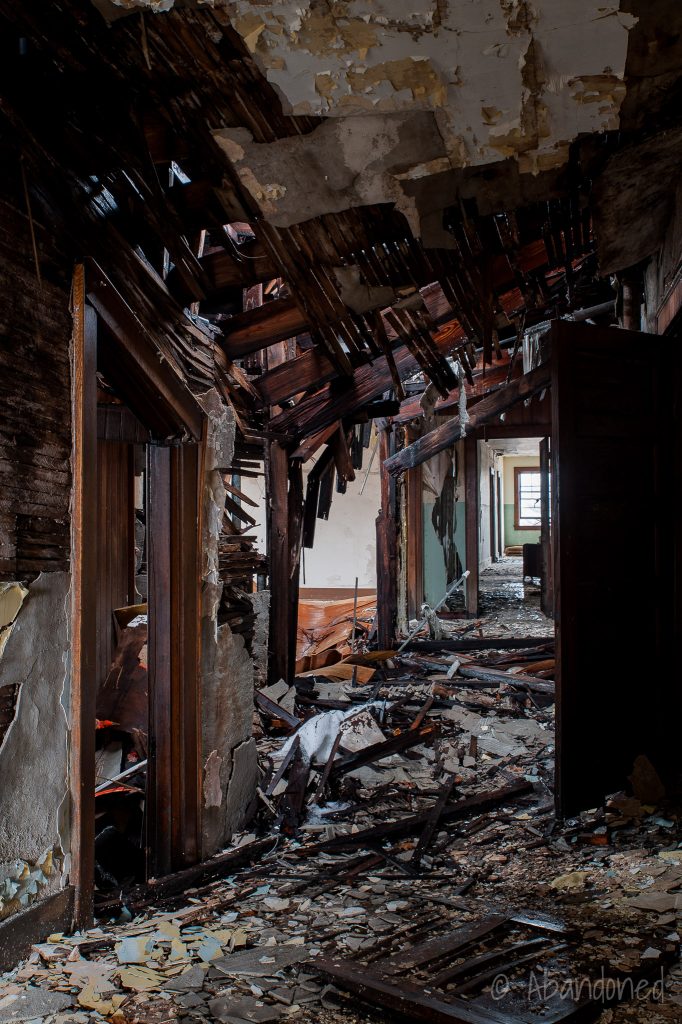 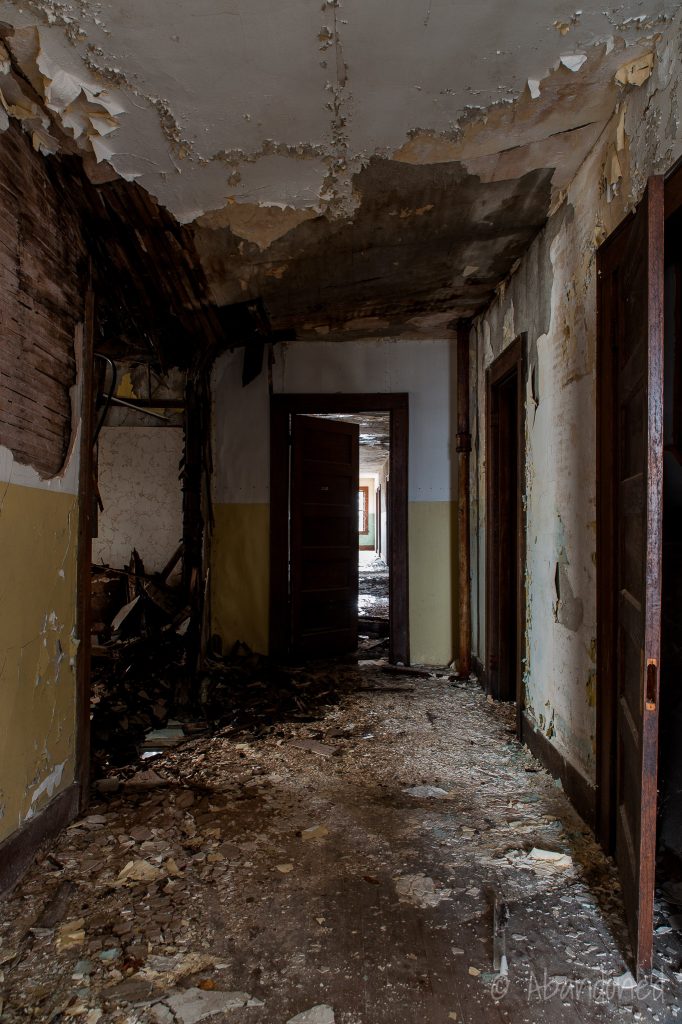 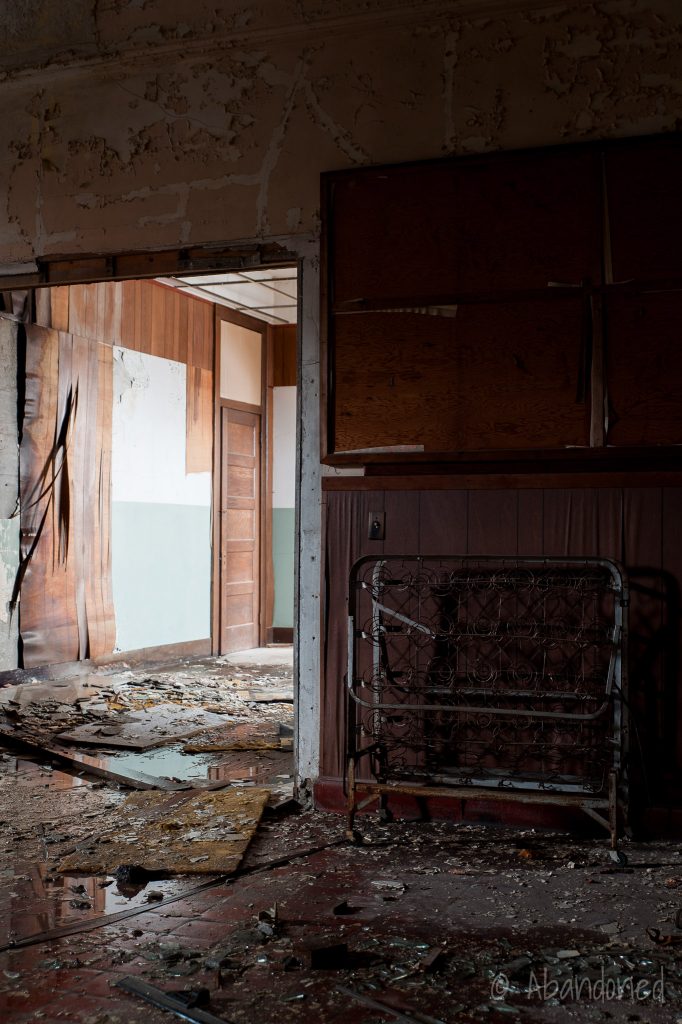 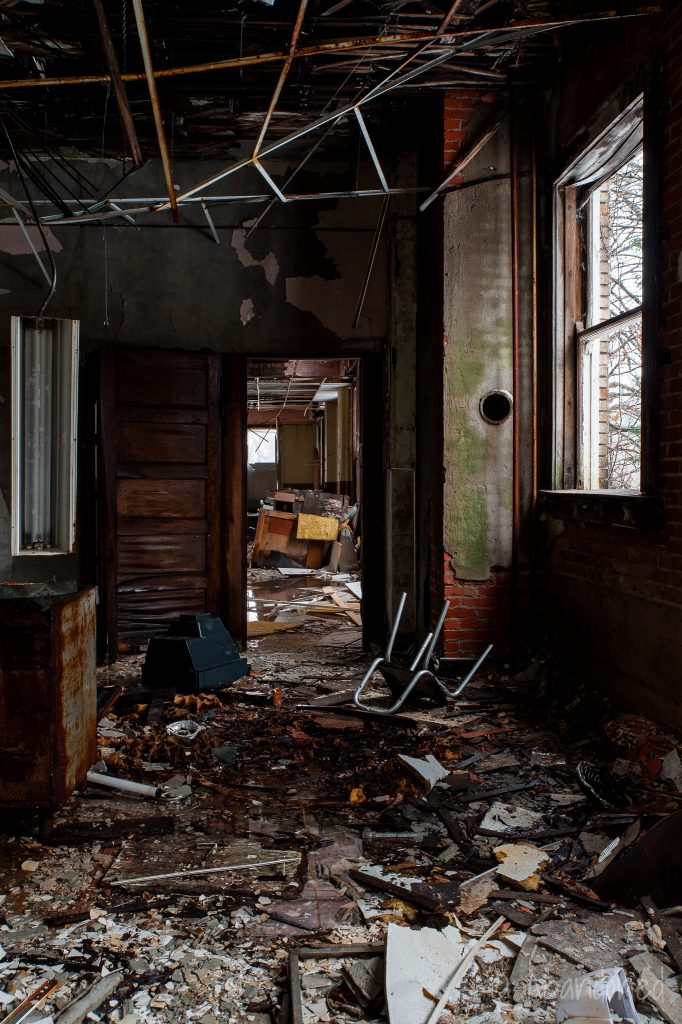 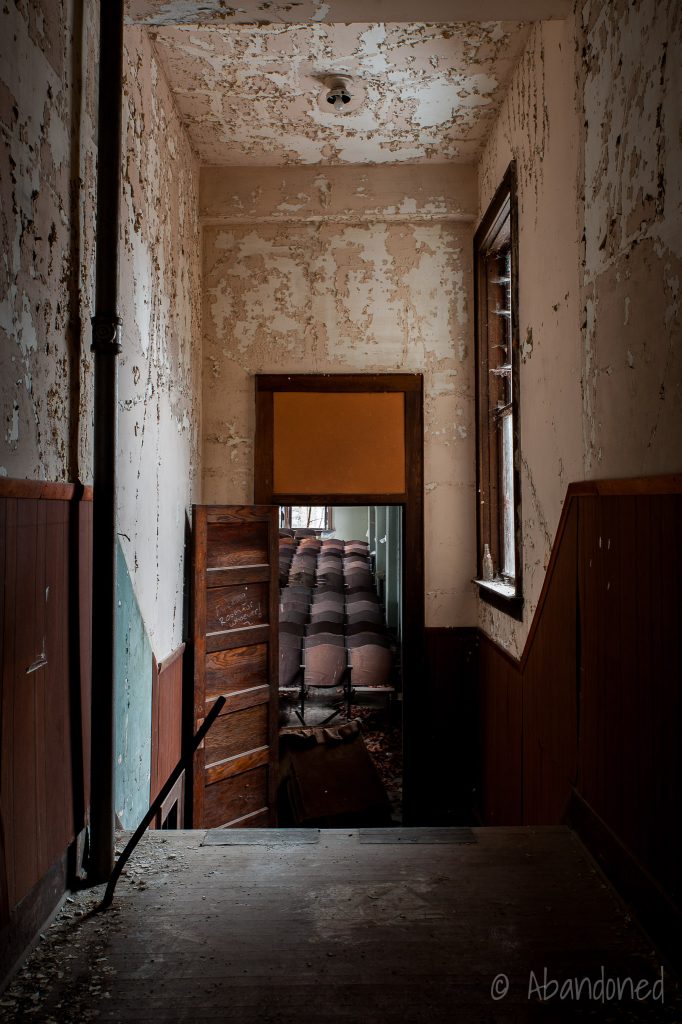 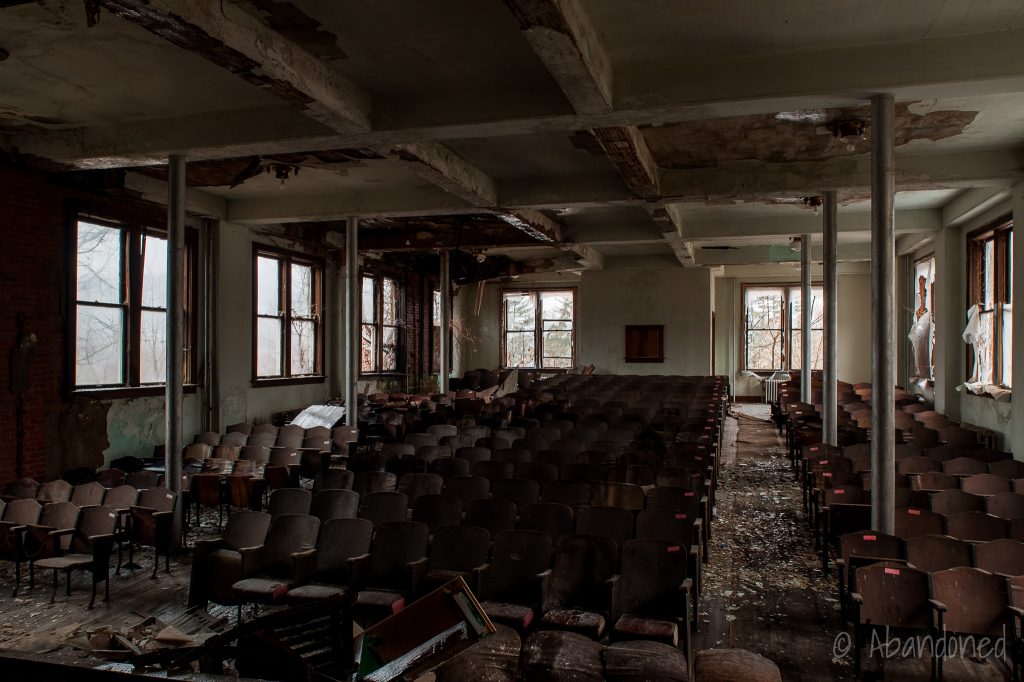 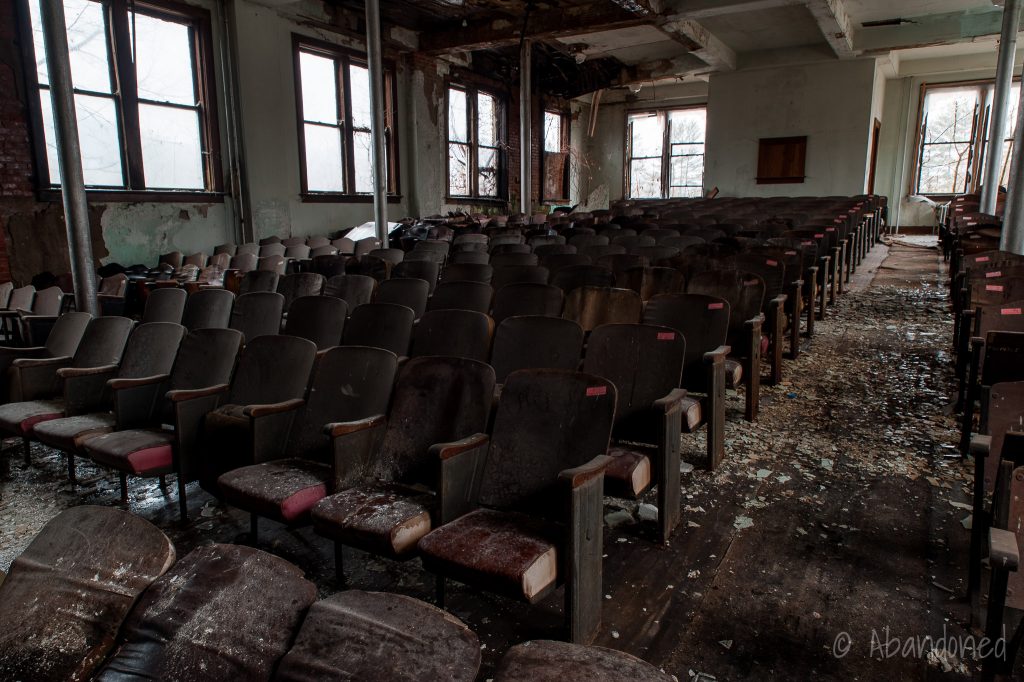 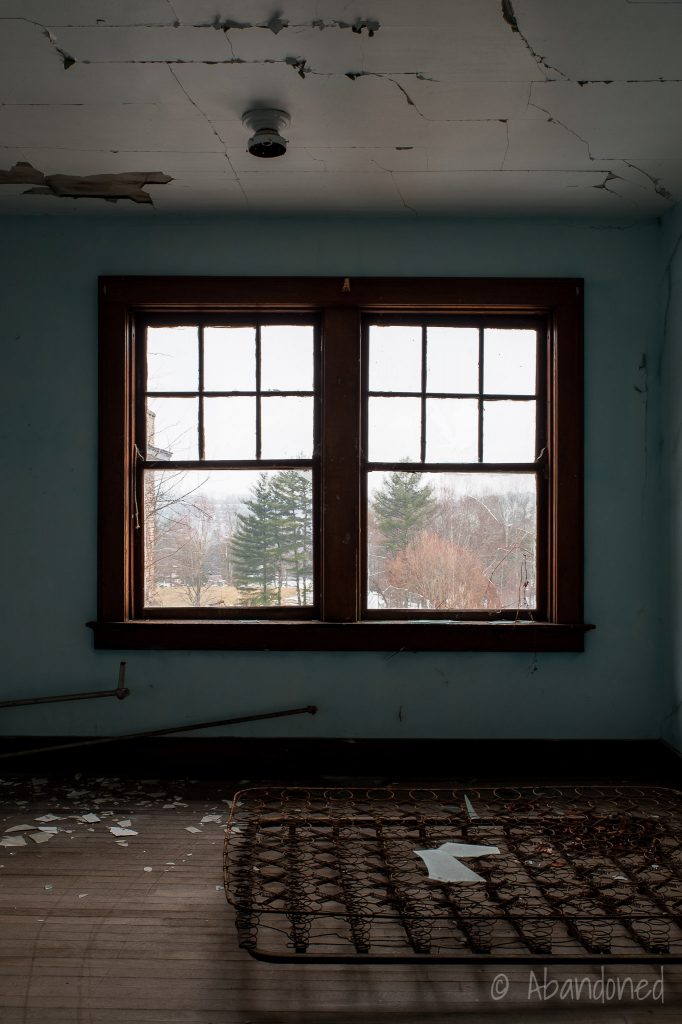 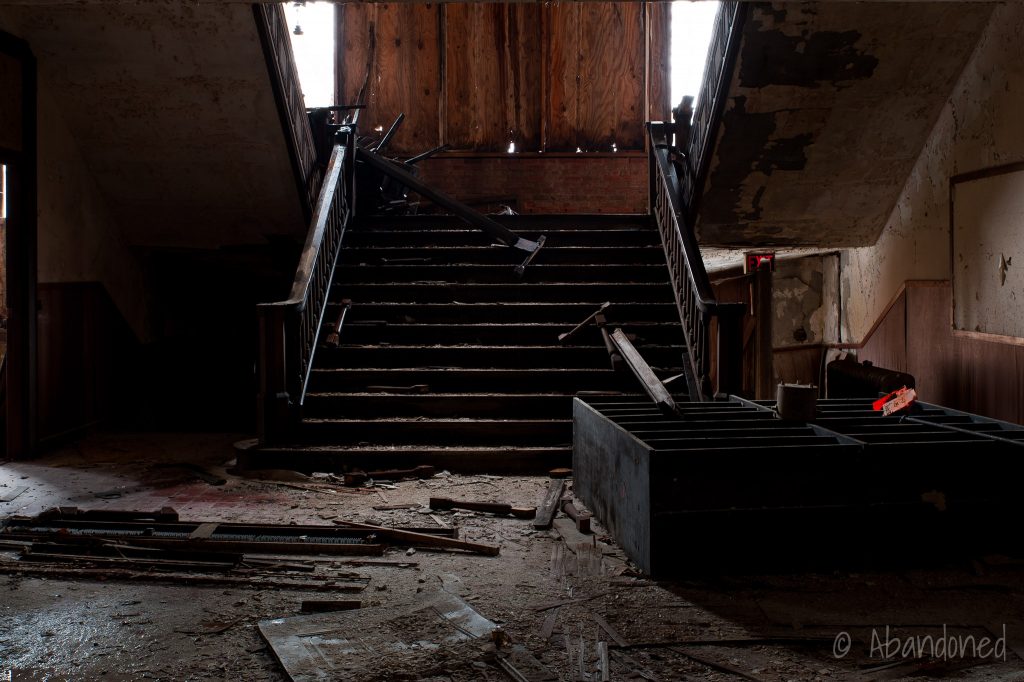 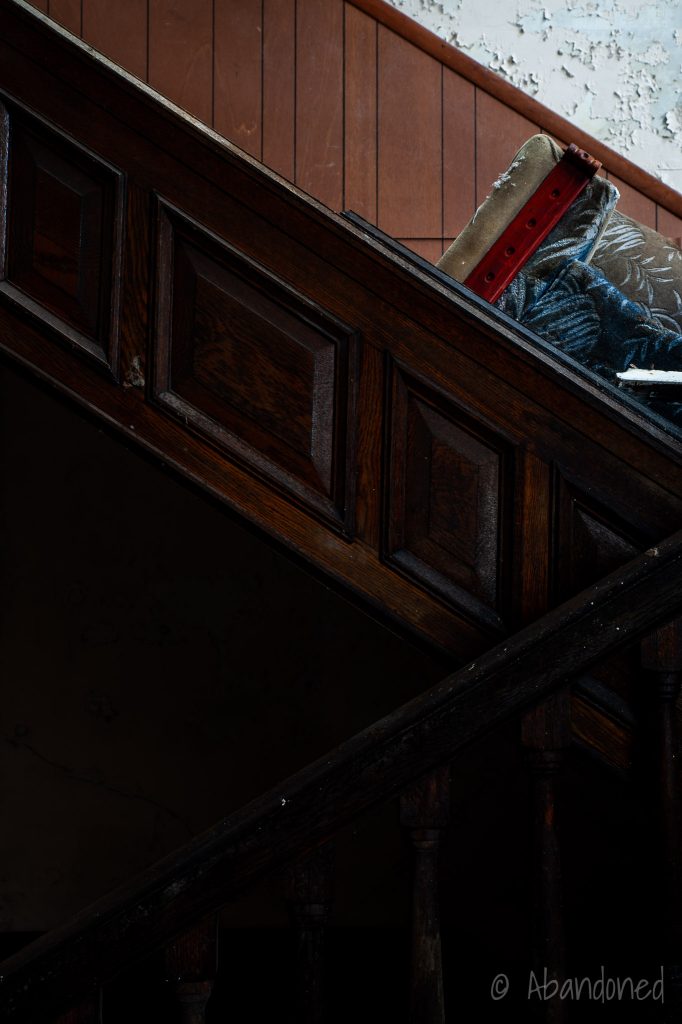 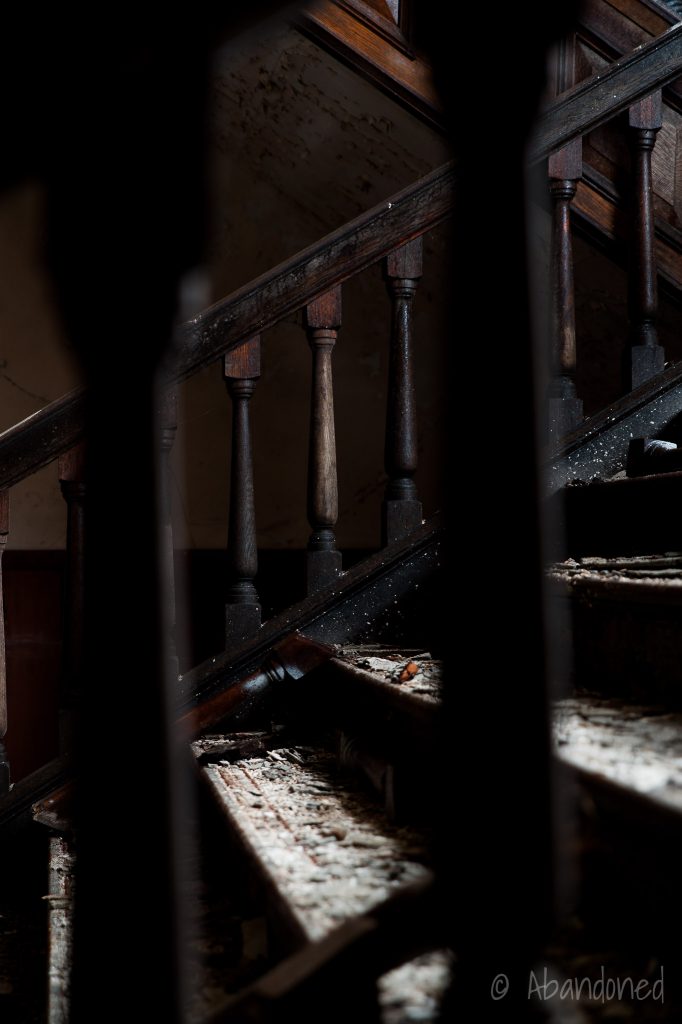