The Bigelow-Cooper Company is a former hardwood flooring manufacturer in Bay City, Michigan.

D. M. Kneeland and Charles A. Bigelow, “impelled by confidence in the future of Michigan hardwoods,” 4 formed the Kneeland-Bigelow Company, a small sawmill with limited timber holdings, along the Saginaw River in Bay City in 1901. 3 The company acquired the sawmill and timber holdings of the Wylie-Buel Company in 1905 and reorganized the merged entity as the Kneeland, Lunden & Bigelow Company. 3

The company was again reorganized in 1915 as the Bigelow-Cooper Company by Bigelow, Kneeland, and James Cooper with $150,000 in capital stock to manufacture lumber and wood products. 2 It acquired 60 acres at the former F. W. Wheeler & Company shipyard on Marquette Avenue 1 for its new facility, which included a flooring plant, planing mill, and power plant, 2 with 16 dry kilns with a capacity of 700,000 feet and a 700-foot dock along the Saginaw. 3

The F. W. Wheeler & Company shipyard was begun by Frank W. Wheeler in 1875. 5 In 1879, Wheeler partnered with Albert A. Crane to form the Wheeler & Crane Company to repair and construct ships. After Crane departed the partnership, the business was reincorporated in 1889 under the name F. W. Wheeler & Company. 6 The business was sold to the American Ship Building Company in 1900 and was renamed West Bay City Shipbuilding and then American Shipbuilding West Bay City. It closed in 1908 but the site was soon taken over by the Defoe Boat & Motor Works until 1915.

Bigelow-Cooper was reorganized as the Kneeland-Bigelow Company in 1923, 4 eventually growing to own six mills in Michigan and Wisconsin. 1

Gradually, the hardwood flooring and lumber industry waned as access to virgin timber dwindled in the state, and by World War II, the Kneeland-Bigelow factory in Bay City lay abandoned. 4 In 1948, the property was sold to the Fletcher Oil company to serve its fuel distribution operations. 1 Most of the Bigelow-Cooper complex was vacated in 1990. 1

In February 1998, the property was cited for deterioration of its roof among other violations, and Fletcher Oil was ordered by the city to repair the issues but subsequent inspections found that no work had been completed. 1 After partially collapsing in 2010, Fletcher Oil was ordered to repair the building or have it demolished. 1 The company refuted the efforts until January 2017 when a public hearing was held which resulted in the city ordering Fletcher Oil to demolish the collapsing building within 60 days.

Work to tear down the former Kneeland-Bigelow complex began in early February and was substantially complete by March. 1 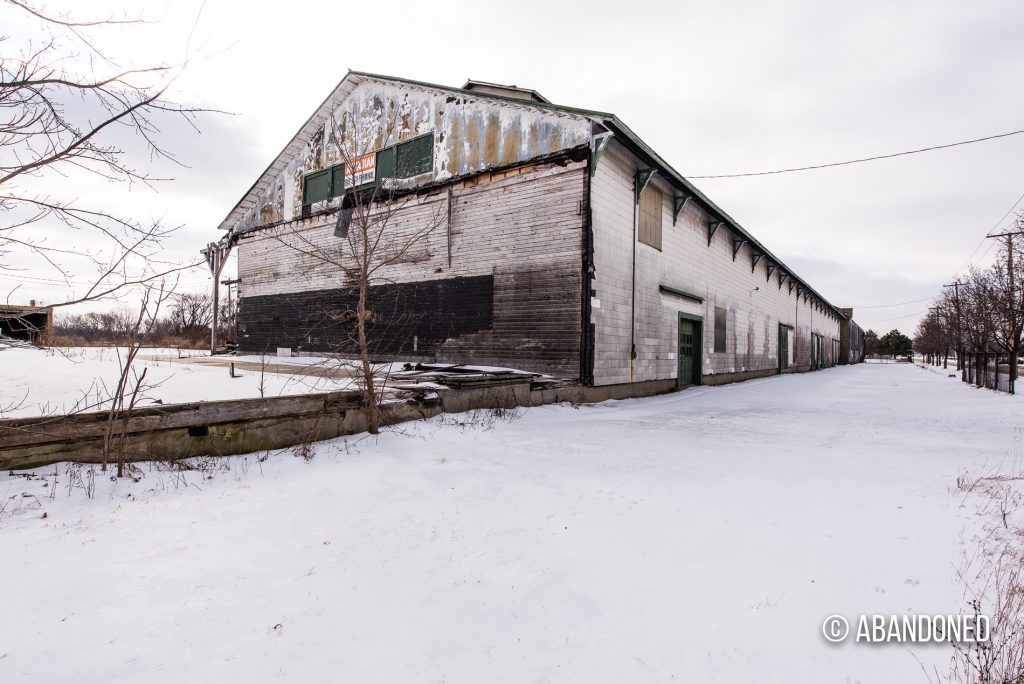 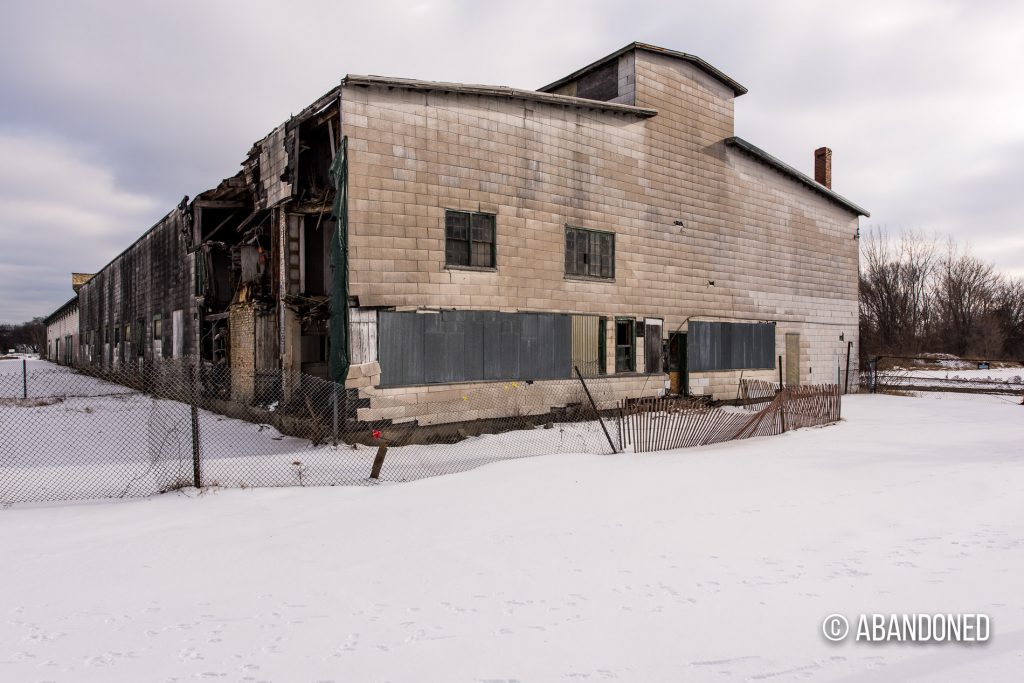 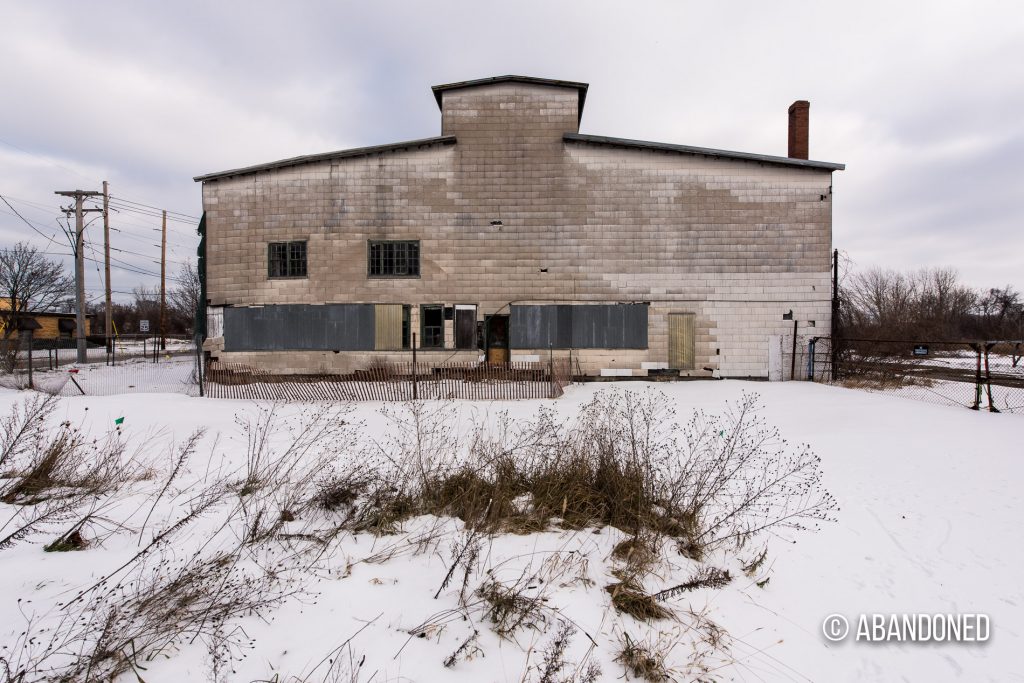 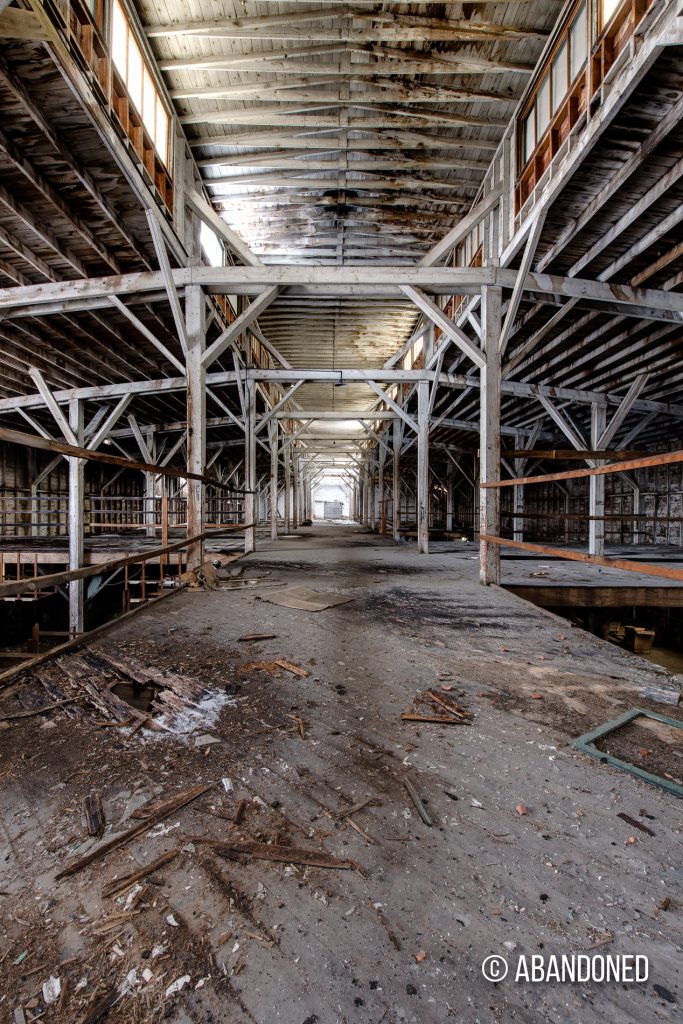 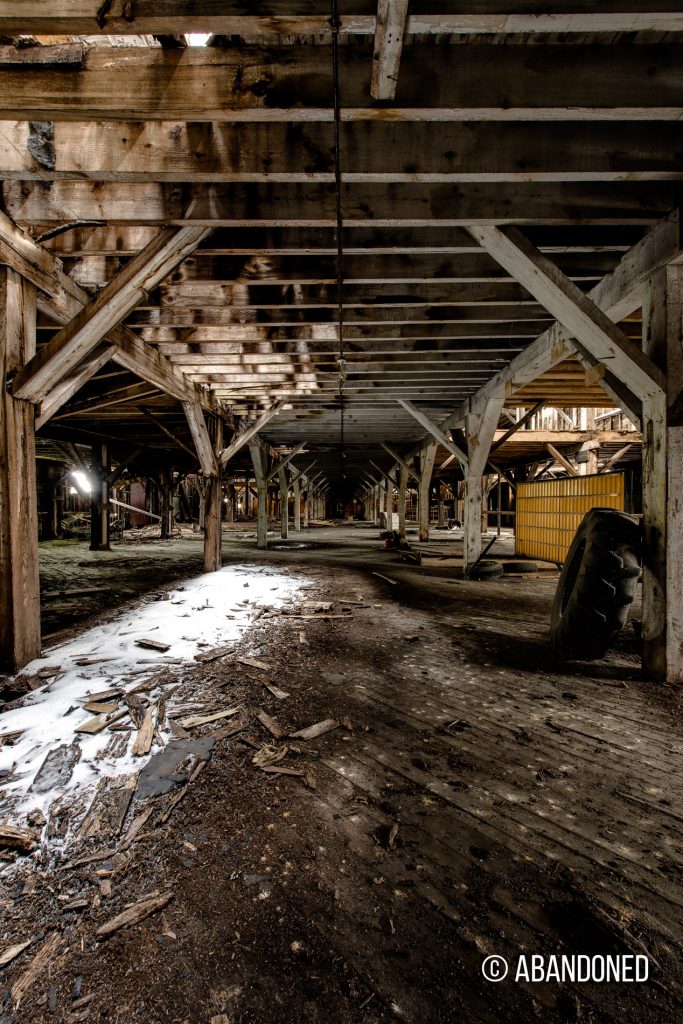 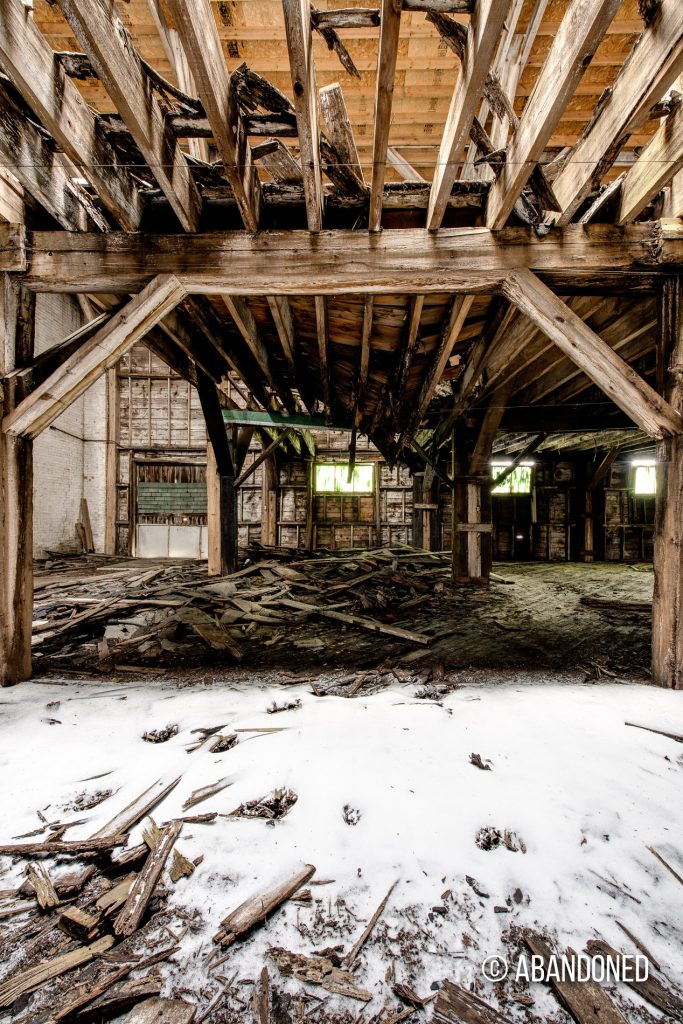 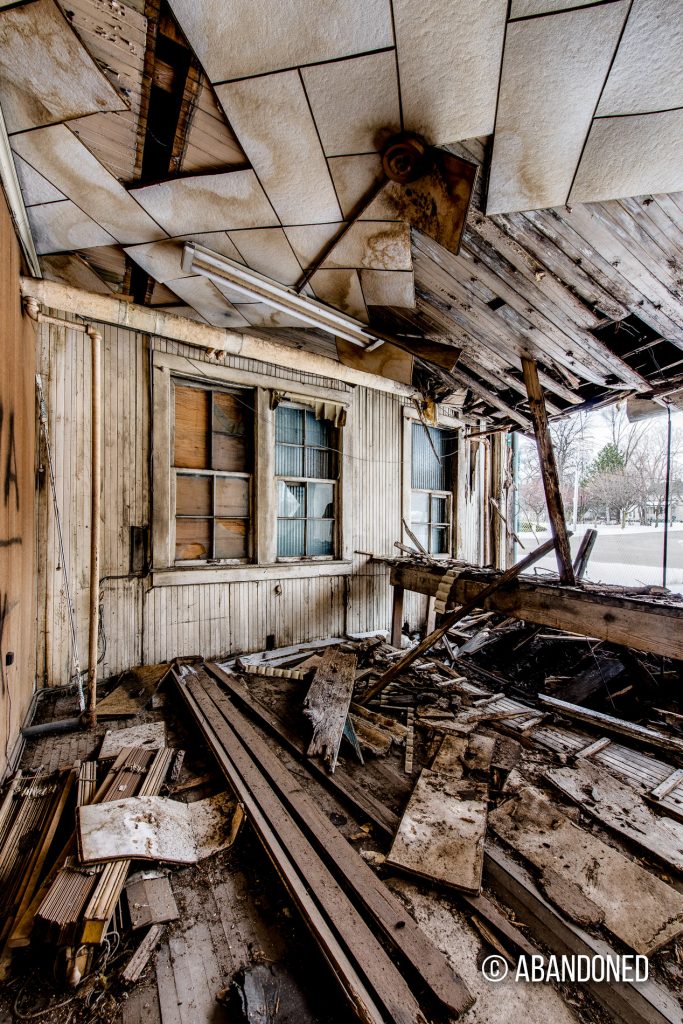 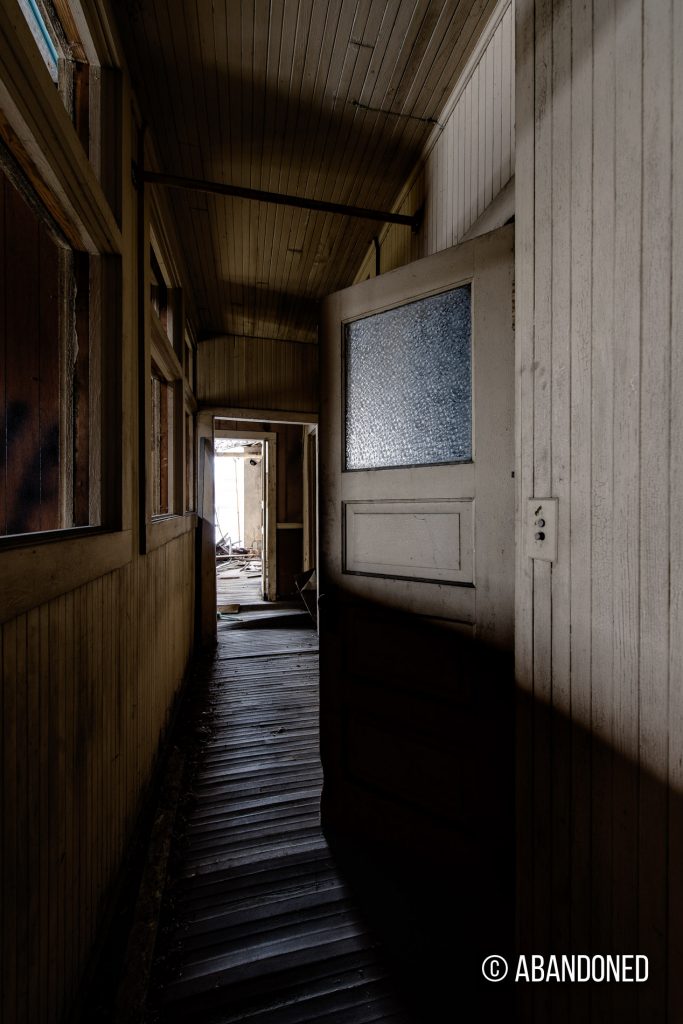