Bushkill Resort is an abandoned summer resort in the Pocono Mountains of Pennsylvania.

Jacob Ottenheimer, an immigration agent for the Canadian Pacific Railroad, acquired 12,000 acres near Bushkill Falls in the Pocono Mountains of Pennsylvania in 1892. 1 8 On the land, Ottenheimer built Forest Park, a summer resort for German-speaking Jews. Anti-German hysteria and pressure from the federal government during World War I forced Otenheimer’s son-in-law, Arthur Lederer, to sell Forest Park.

The new owners, Locals 22 and 25 of the Dress and Waistmakers’ Union, purchased Forest Park’s buildings, 750 acres, and Forest Park Lake for $85,000 in 1919. 1 9 Locals 22 and 25 were considered a radical branch of the union, dedicated solely to Jewish women garment workers from New York City. The facility opened in the summer of 1920 as the Bushkill Resort. For $13 a week, workers received lodging and could pursue leisure activities and educational programs.

It was an extension of centers that were held in rented buildings around Manhattan, each teaching English culture and history for foreign-born workers and a temporary resort in the Catskill Mountains. 10 Together, it was the first systematic scheme of education for organized workers in the nation.

Lederer sold the adjoining 2,196 acres and Lake Tamiment to the Rand School of Social Science in 1920. 1 The School was for workers closely allied with the Socialist Party. The Rand School formed the People’s Educational Camp Society and opened Camp Tamiment as a summer retreat for other New York City workers.

The Dress and Waistmakers’ Union struggled to keep the camp operational, dealing with management dilemmas and financial mistakes. 11

In 1925, the Bushkill Resort was sold to the International Ladies’ Garment Workers’ Union (ILGWU), the largest women’s union in the nation. 1 11 The union soon renovated the main building and expanded the kitchen and built an amphitheater and several bungalows. It also increased wages for its on-site doctor, chef, and dietician.

The revamped Bushkill Resort flourished, and union members and their families enjoyed sporting events, outdoor activities, performances, concerts, and lectures. 1 2 Camp Tamiment, which was soon branded as the largest summer camp and school for workers, was equally successful. It built its bungalow colony, Sandyville, and opened the Tamiment Playhouse, offering theatre, dance, and musical performances.

The Unity House played a vital role in the ILGWU’s move out of the sweatshops and into clean, safe working conditions. 8 The ILGWU was considered one of the most progressive unions in the country and the Bushkill Resort served as a staging ground for union activities and planning.

In the 1920s, the Unity House was an extension of ILGWU’s Workers University. 8 Immigrant garment workers took classes in English, literature, and economics, and heard speeches on the role of women in the trade union movement. As women comprised 75% of the ILGWU’s membership, the union was an early advocate of women’s rights.

Camp Tamiment became a mainstream resort for middle-class, progressive American Jews by the late 1930s and was able to produce sizable profits. 1 It provided a significant portion of the Rand School’s funding.

Bushkill Resort’s main building was destroyed in a kitchen fire in the 1930s. 1 Architect William Lescaze, who designed the modernist PSFS Building in Philadelphia, was hired to create a new structure that would include murals from Mexican artist Diego Rivera. 1 12 The 52-foot-wide murals had been commissioned by John D. Rockefeller for the RCA Building in New York City, only to be rejected as being too controversial.

The murals depicted the story of America as an intense struggle of extremists from the days of exploitation of the Native Americans to the Civil War and the labor struggles of the 19th century. 12 Rivera provided free duplicates to the Bushkill Resort except for two that lampooned Mussolini so that it did not offend Italian members. 1

A rustic recreation center designed by Louis Kahn, the Philadelphia, was added after World War II. 1 A dormitory was added in 1947. 15

Construction began in mid-September 1953 on a 48-bedroom guest house, designed by Rinker and Kiefer of Stroudsburg. 15 The $250,000 guesthouse replaced two older buildings that were built before 1900.

In 1956, the Bushkill Resort constructed a new 1,200-seat theatre that was modeled after Radio City Music Hall. 1 Designed by Rinker and Kiefer, 15 the $750,000 facility 10 included a 90-foot stage and the latest in lighting and sound technologies. 1

The theatre came with the provision for the installation of a motion picture screen for the showing of three-dimensional movies. 15 As most current 3-D sets called for a screen considerably wider than high, the stage was built large enough, 50-feet by 20-feet, to accommodate Cinemascope, Natural Vision, Panoramic projection, or any future development.

The Bushkill Resort broke racial barriers when it invited the New York City Ballet and African-American opera singer Marian Anderson to perform at the two-part opening performance of the new theatre. 8 10

The completion of the guest house and theatre marked the culmination of Bushkill Resort’s modernization program, in which all of Forest Park’s structures were replaced. 15

By the 1960s, tourism in the Poconos had entered a decline. 1 Air travel was becoming increasingly convenient and cheap, and the advent of interstate highways made long-distance automobile travel easier.

The Bushkill Resort administration building, with its famed Rivera murals, burned on February 28, 1969. 8 13 It was believed that the fire began in a newly constructed addition, which was to be a new kitchen, by gas-operated space heaters. 13

The ILGWU replaced the building with a modern $4 million facility in 1972. 10 It hoped that the proposed creation of the Delaware Water Gap National Recreation Area and Tocks Island Dam would increase the appeal of the flagging resort. 1

In 1985, the ILGWU opened Bushkill Resort to the public. 2 Although the public was welcomed, it was not advertised out of fear that the resort’s non-profit status could be revoked. 11 In a bid to attract younger members to the Bushkill Resort, it added the El Coco Loco Lounge, although it ultimately failed. 1

Nearly 10,000 ILGWU workers vacationed at the Bushkill Resort in 1989. 8 For $325, about half the going rate in the Poconos, an ILGWU member could spend a week on the mountaintop resort. The price included accommodations, three meals a day, entertainment and activities.

In January 1990, faced with a dwindling membership and annual subsidies from the ILGWU nearing $1 million, the Bushkill Resort closed. 1 11 The decision was supported by a consultant’s report that stated there was no feasible path forward for the resort to generate a profit. 8

The Bushkill Resort was listed for sale for $10 million in August. 8

In March 2000, an undisclosed Philadelphia company proposed converting the Bushkill Resort and its sprawling acreage into the Keystone Center of Music and Arts. 10 It would be the summer home for the Northeastern Pennsylvania Philharmonic, the New York Pops, and the Pittsburgh Symphony Orchestra. 6 7 10

Eventually, the O’Neil Property Group acquired the former resort in 2002 for $4.7 million. 2 Plans from O’Neil included a 10,000-seat outdoor amphitheater and an associated 13-acre parking lot, and a renovated boathouse along the lake that would serve as the main kitchen and dining hall.

The $35 million facility received $15 million in state grants, 6 $3 million from private donors, and $17 million in loan guarantees from the U.S. Department of Agriculture to support operations for three years. 14

The ground was broken for the Mountain Laurel Center for Performing Arts on October 2, 2002, with the goal of opening by July 2003. 14 The Pittsburgh Symphony agreed to make Mountain Laurel its summer home. The Center had tentative commitments from the Pennsylvania Ballet, the Philadelphia Orchestra, and the American Ballet Theatre of New York City.

The performing arts venue missed most of the peak tourist season in the first year due to construction delays. 6 Fewer than 20 events, by the Boston Pops Esplanade Orchestra and the New Jersey Symphony, 7 were held before the center was forced to close later in the year, drowning in $23 million in debt. 6

In September 2005, John Wolfington purchased the Mountain Laurel Center. 7 Wolfington proposed selling condominiums on the grounds of the Bushkill Resort to pay off the center’s debts.

A 2007 state audit of the Mountain Laurel Center heavily criticized three governors and their administrations for failing to provide oversight over the venue’s construction and management. 6

The Mountain Laurel Center’s board dissolved in March 2008. 3

After a three-year hiatus, Wolfington and the O’Neil Property Group hired the Total Concert Team to manage the 2011 season. 4 Four concerts were produced. The 2012 season was handled by Christopher Perrotti in which ten shows were presented.

The last public concert was held on August 24, 2012. 4 The Mountain Laurel Center has been minimally used since, mainly for community events and local high school graduation ceremonies. 5 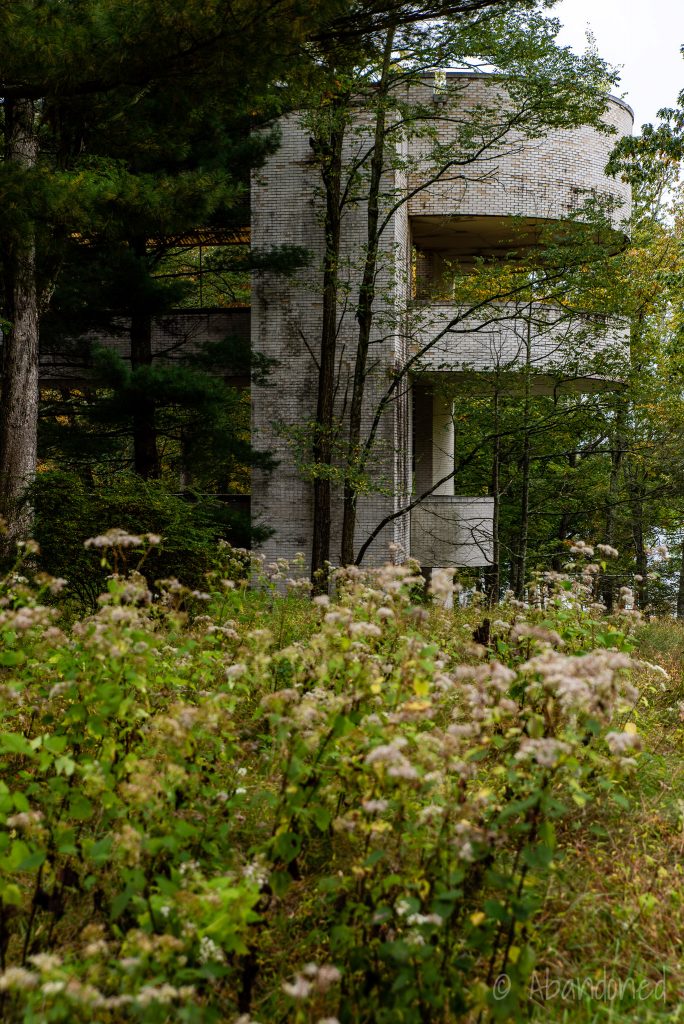 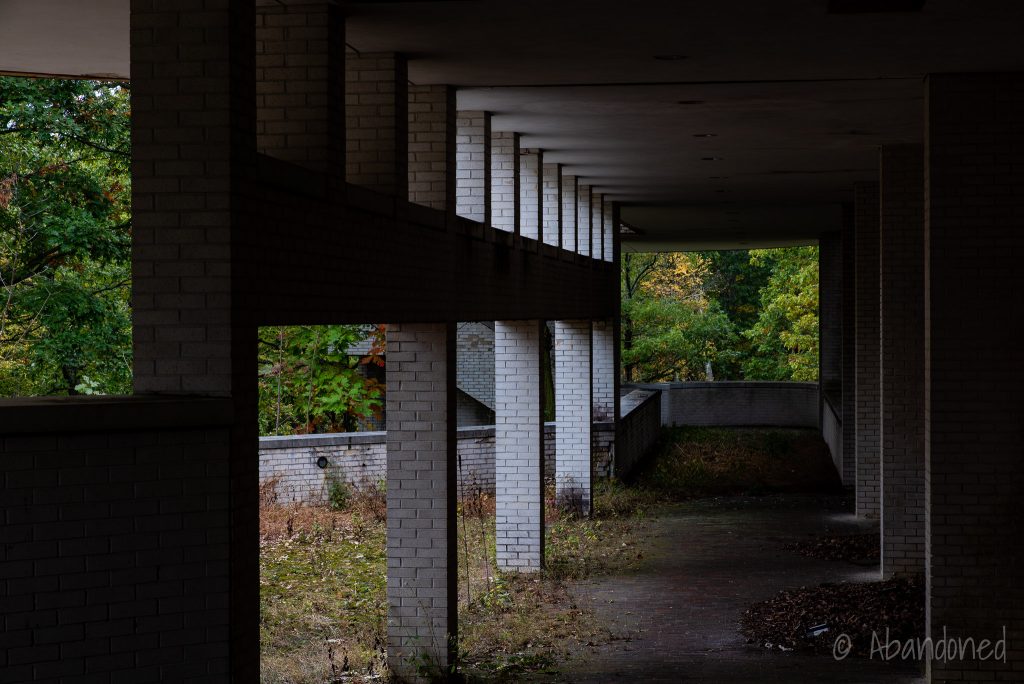 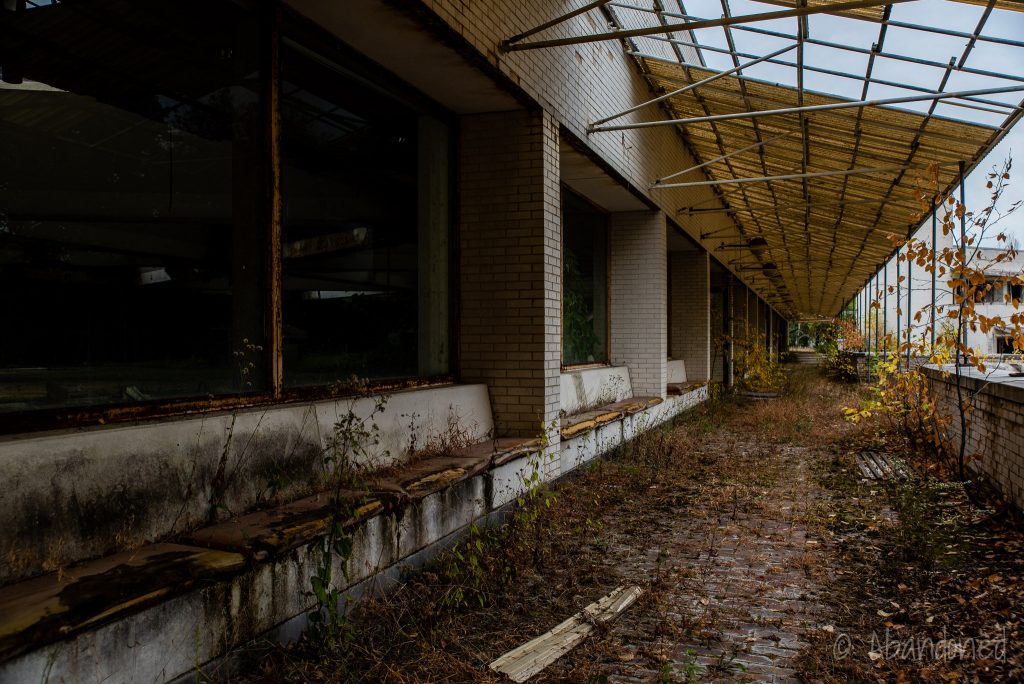 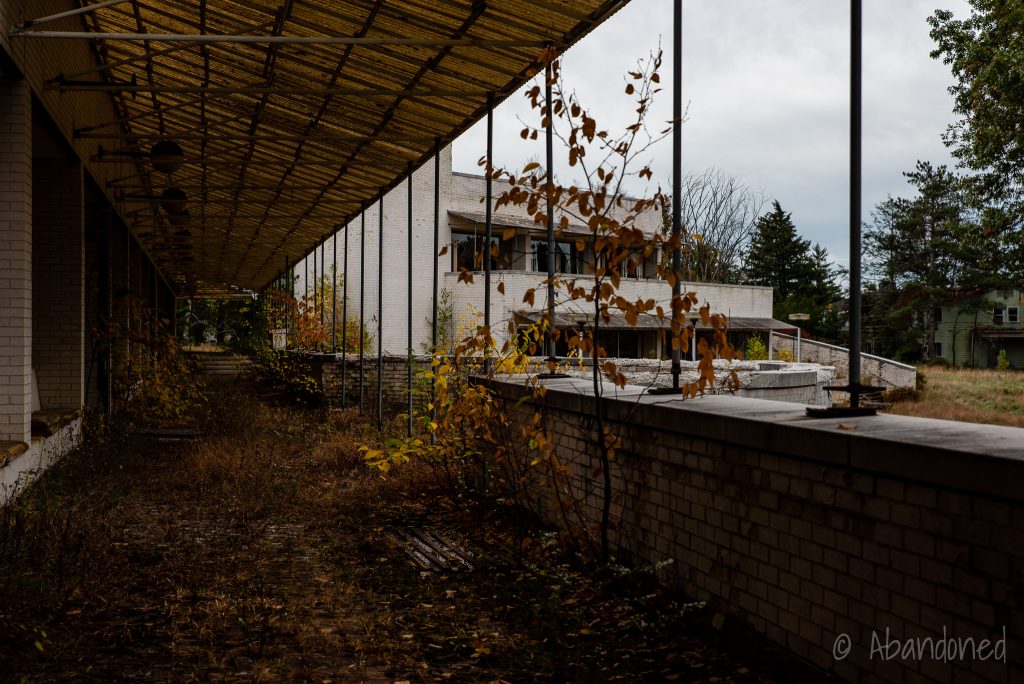 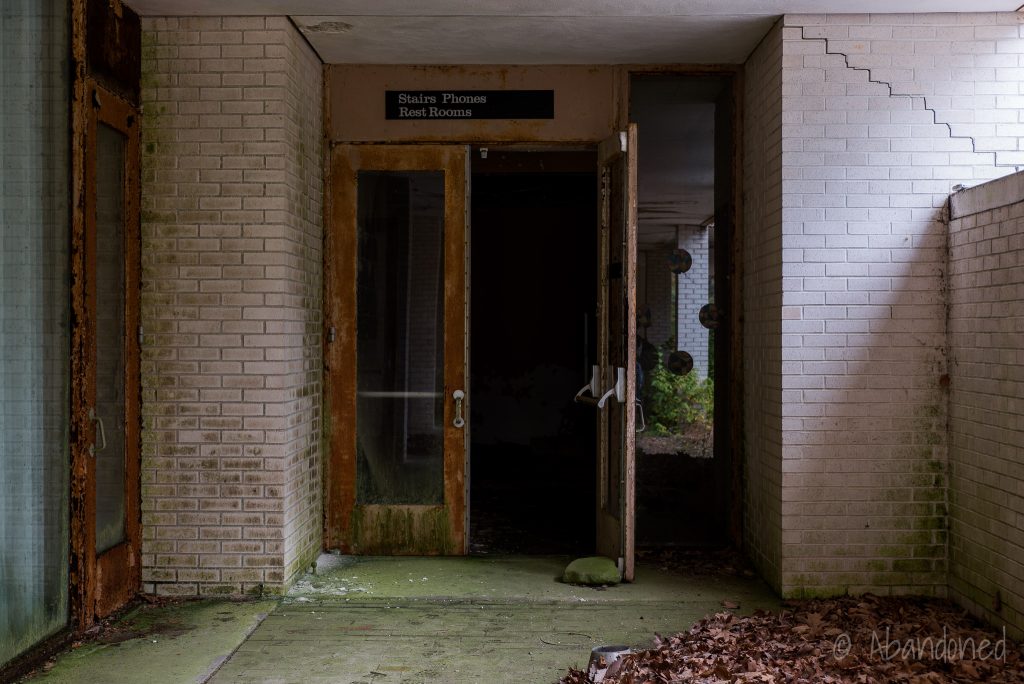 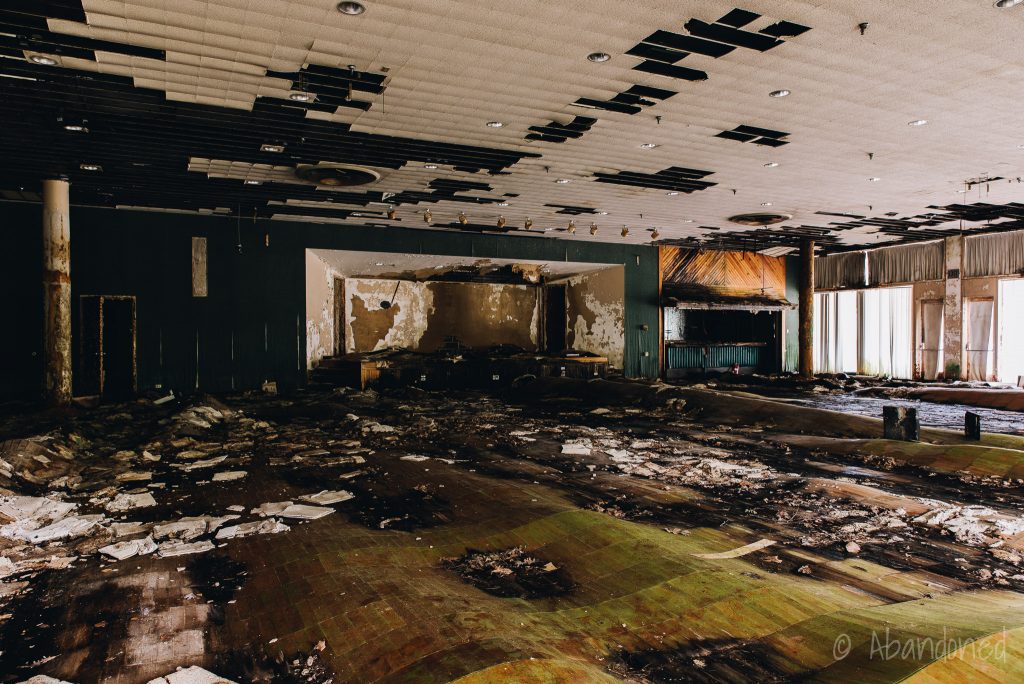 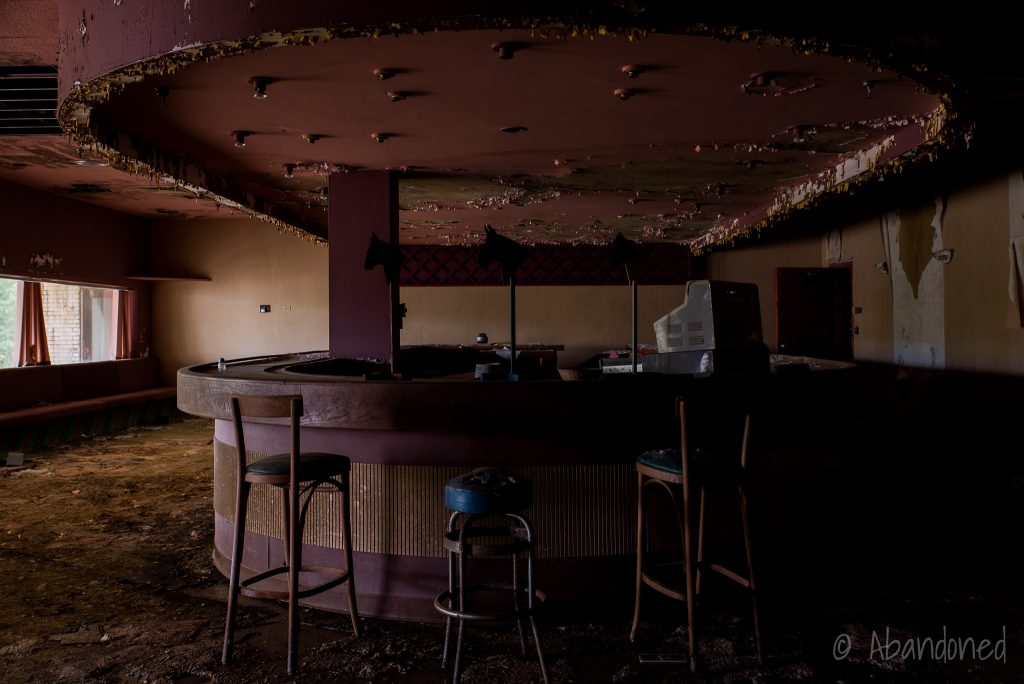 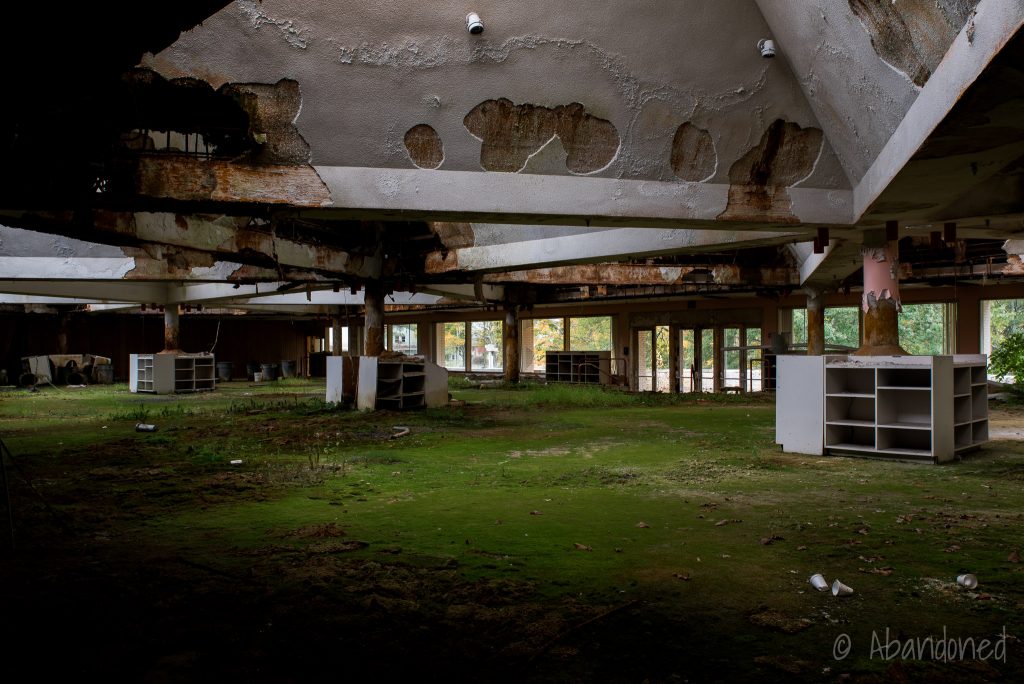 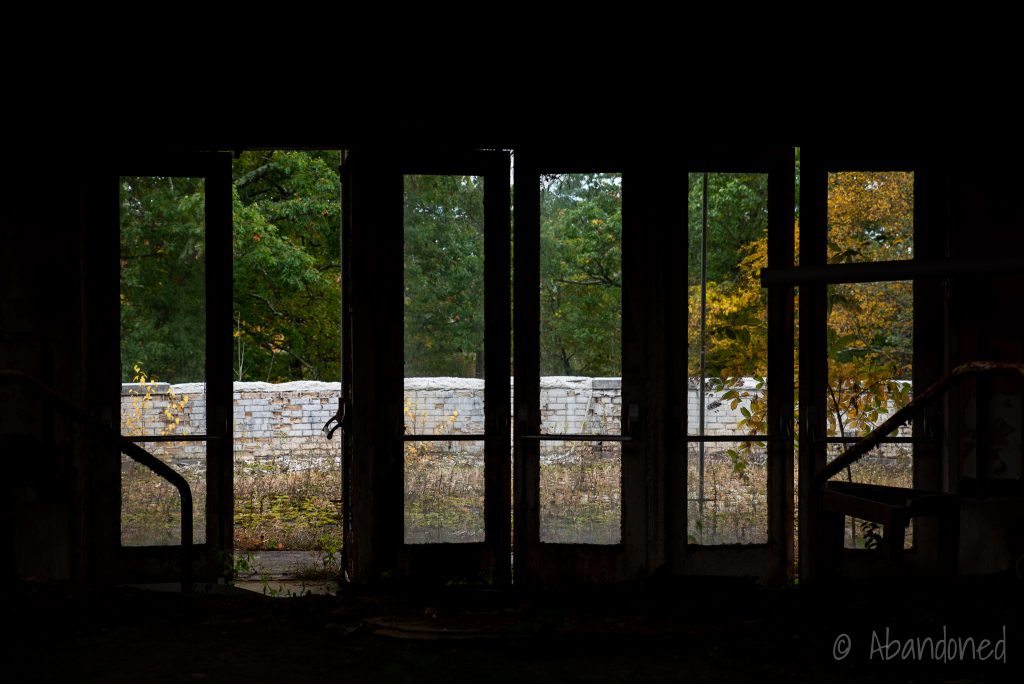 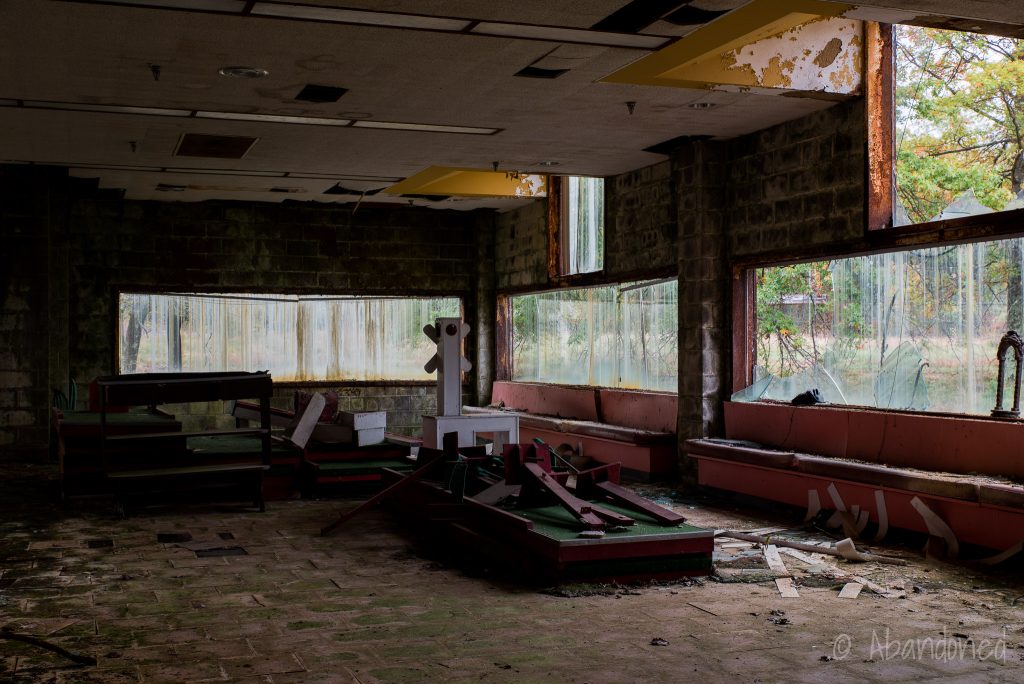 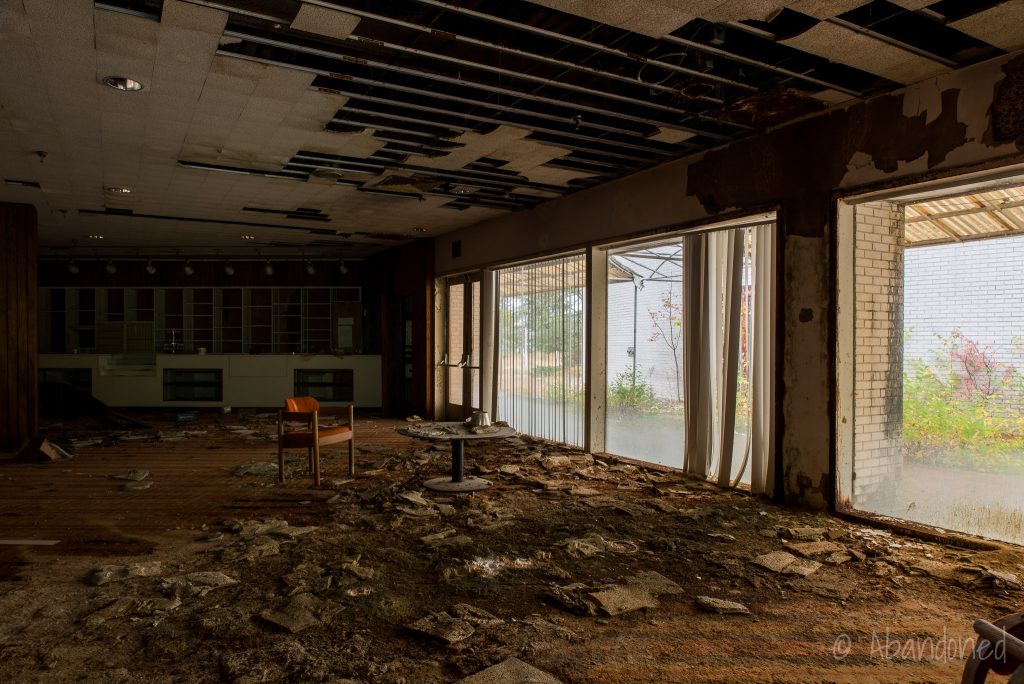 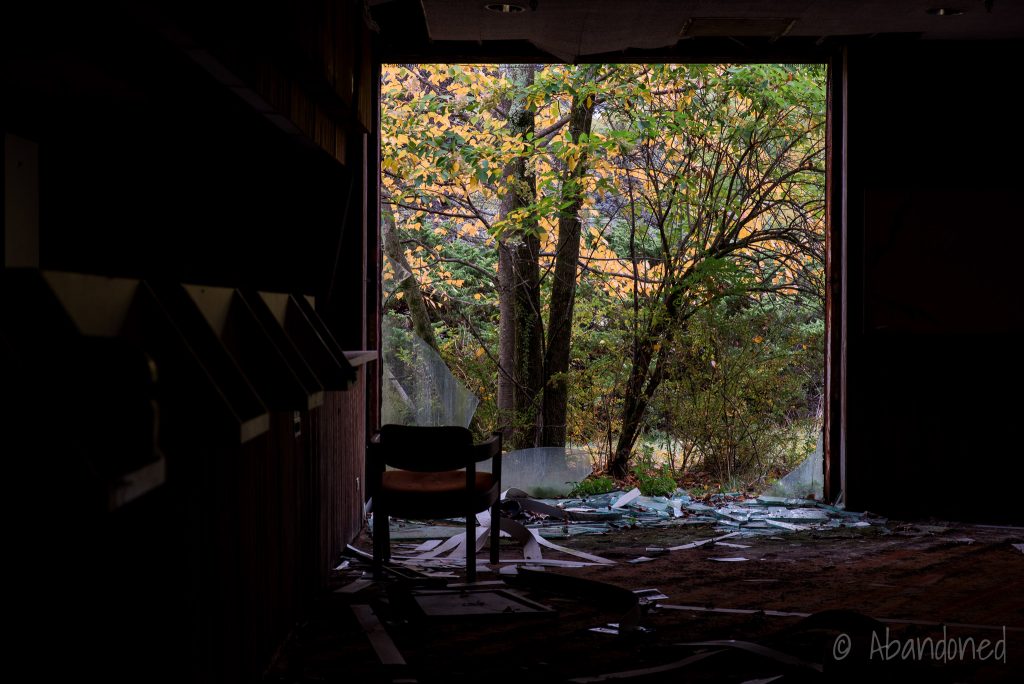 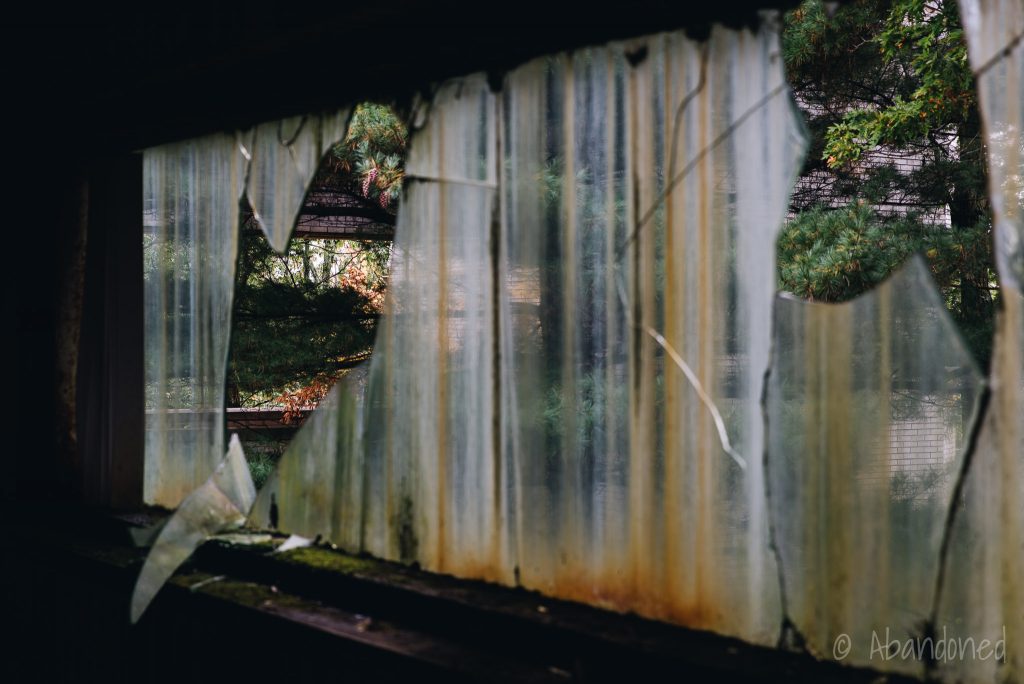 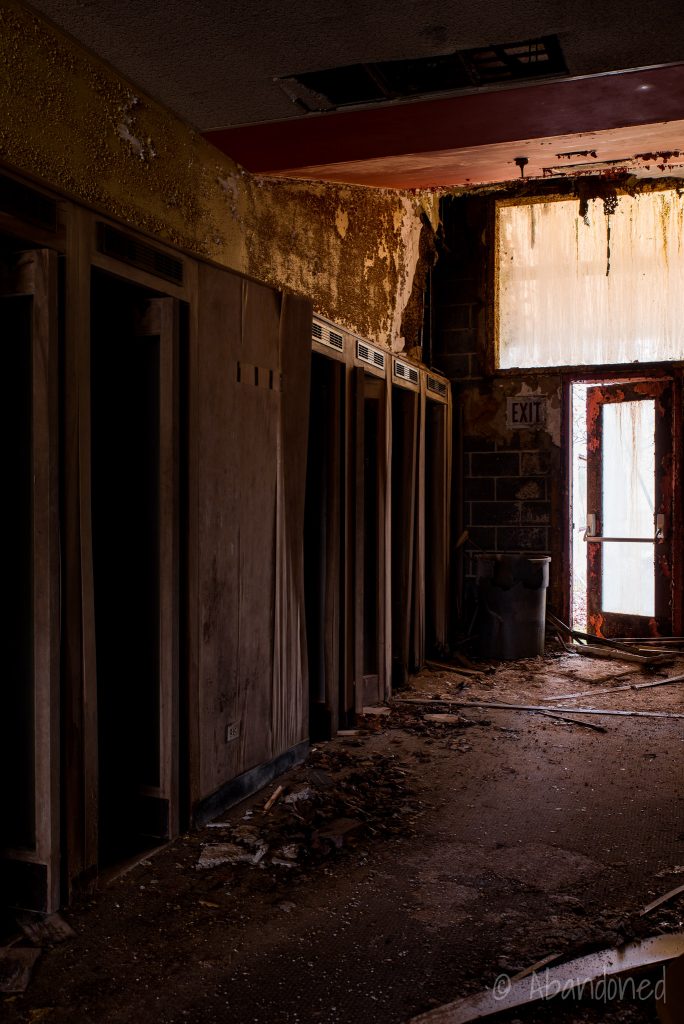 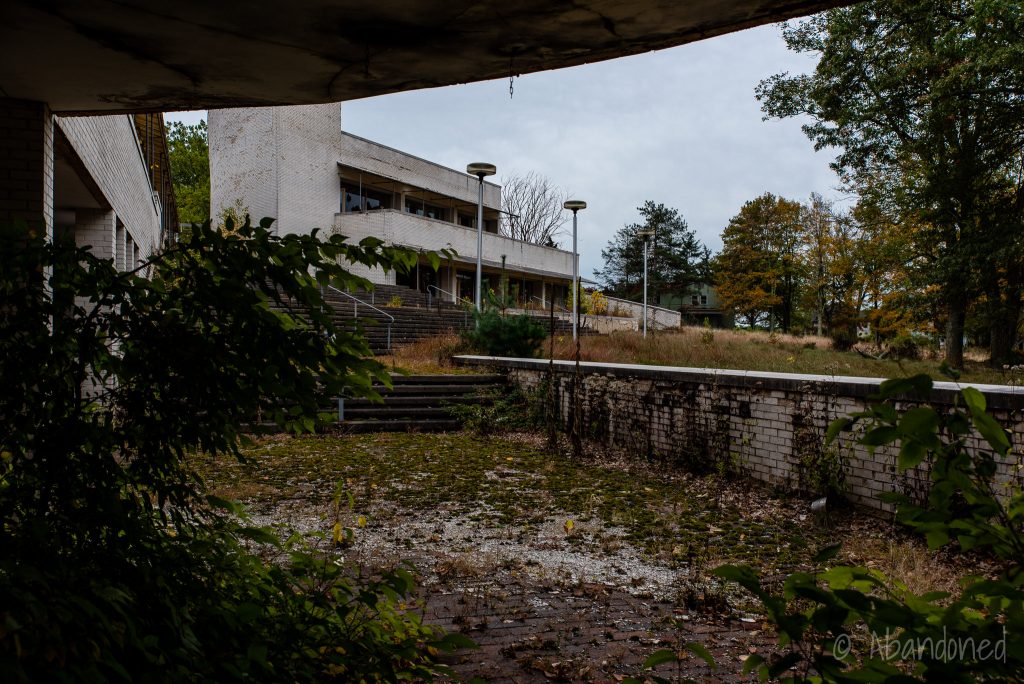 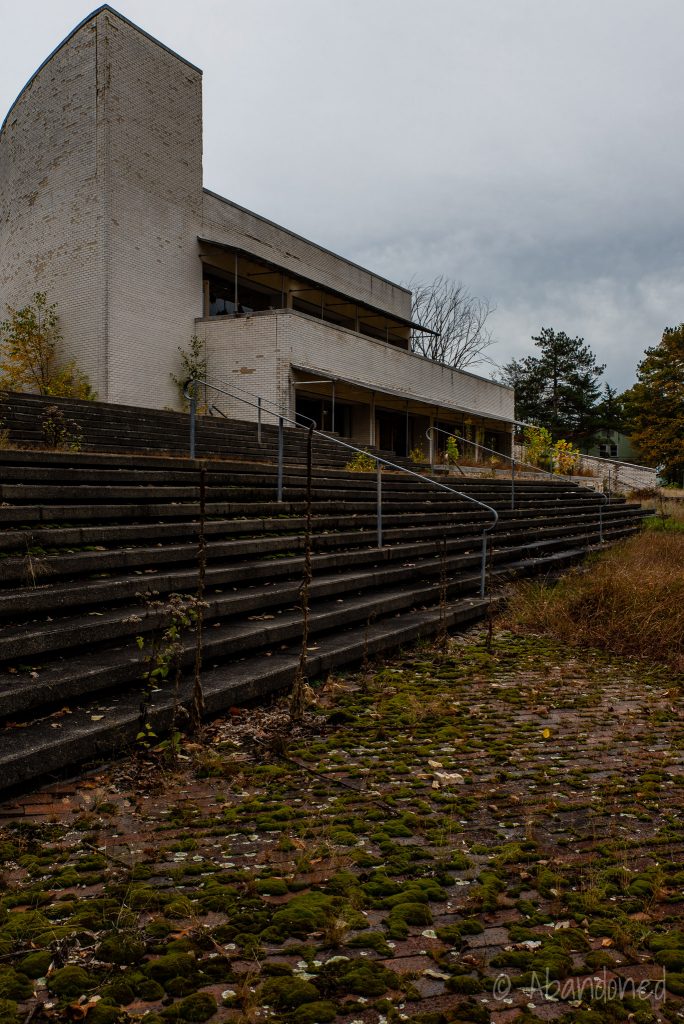 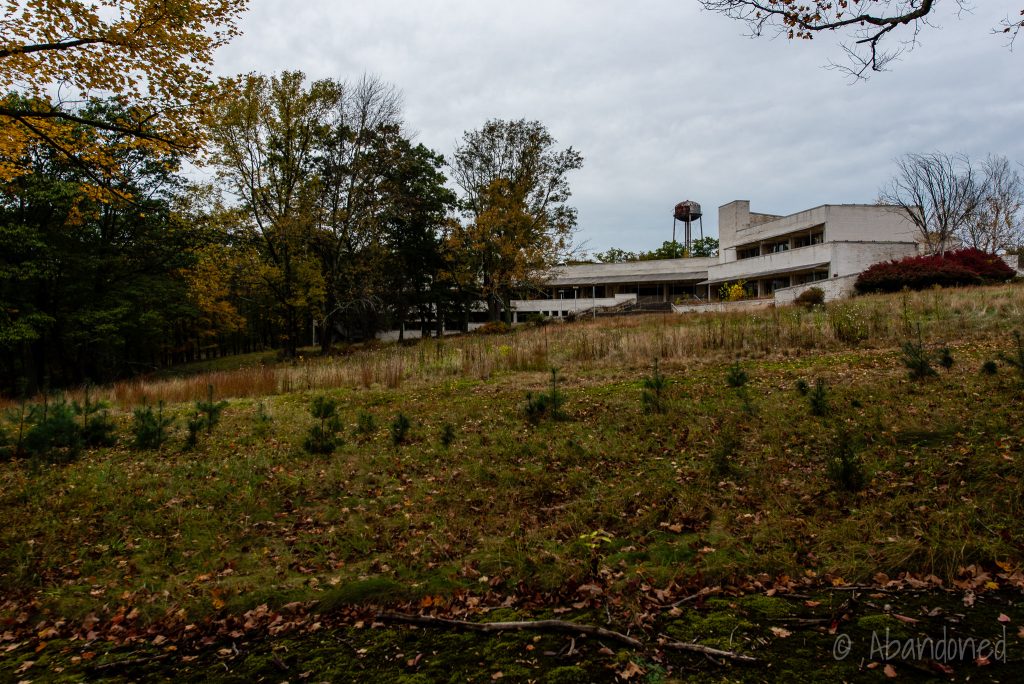 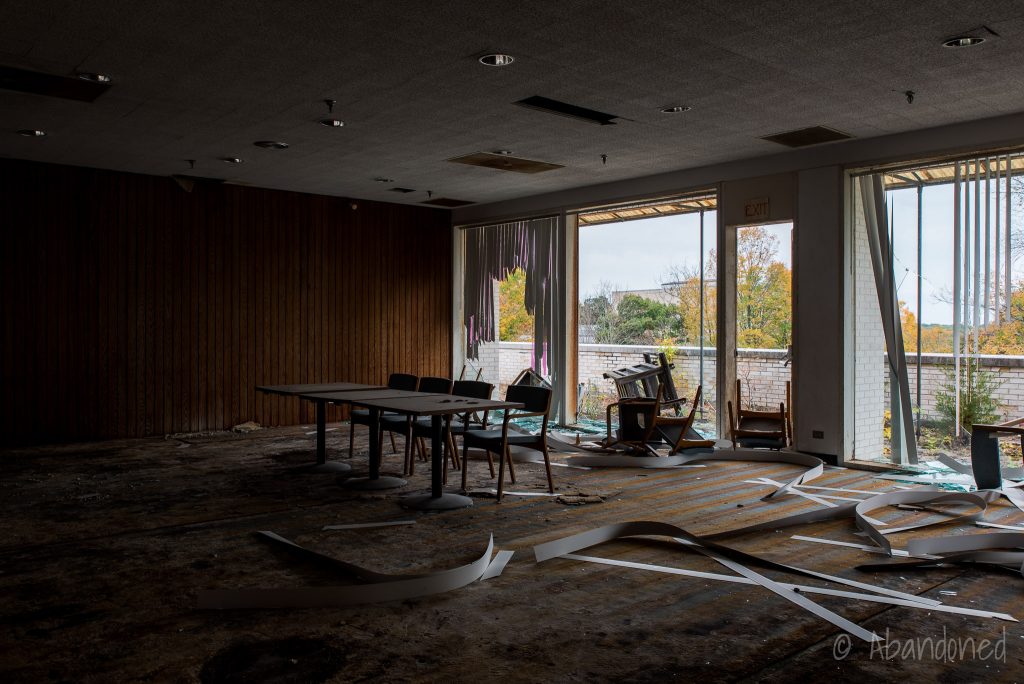 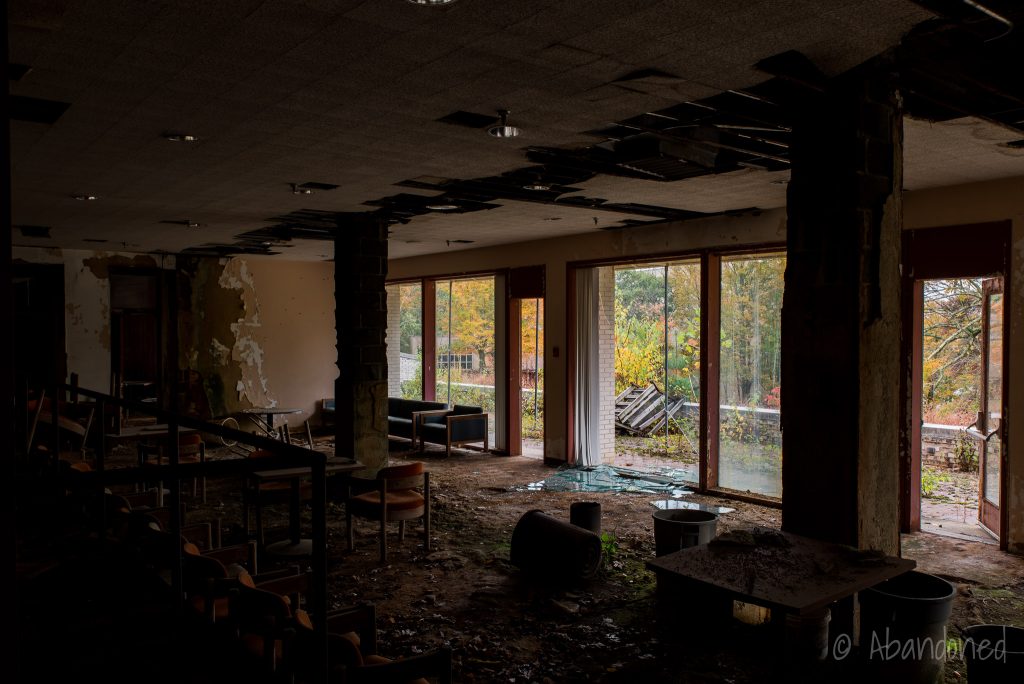 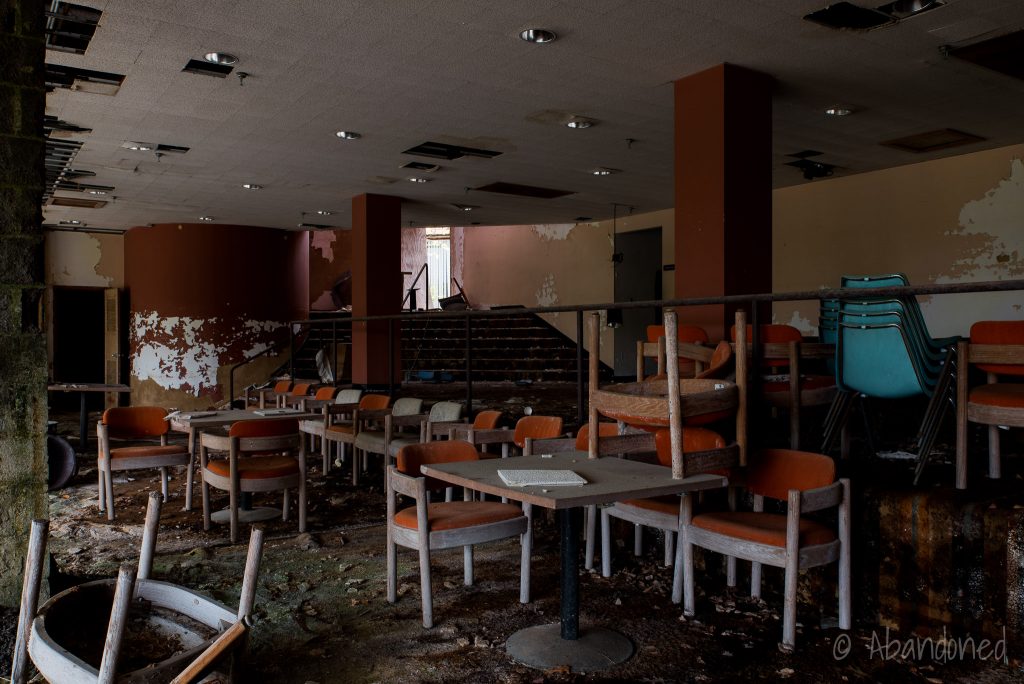 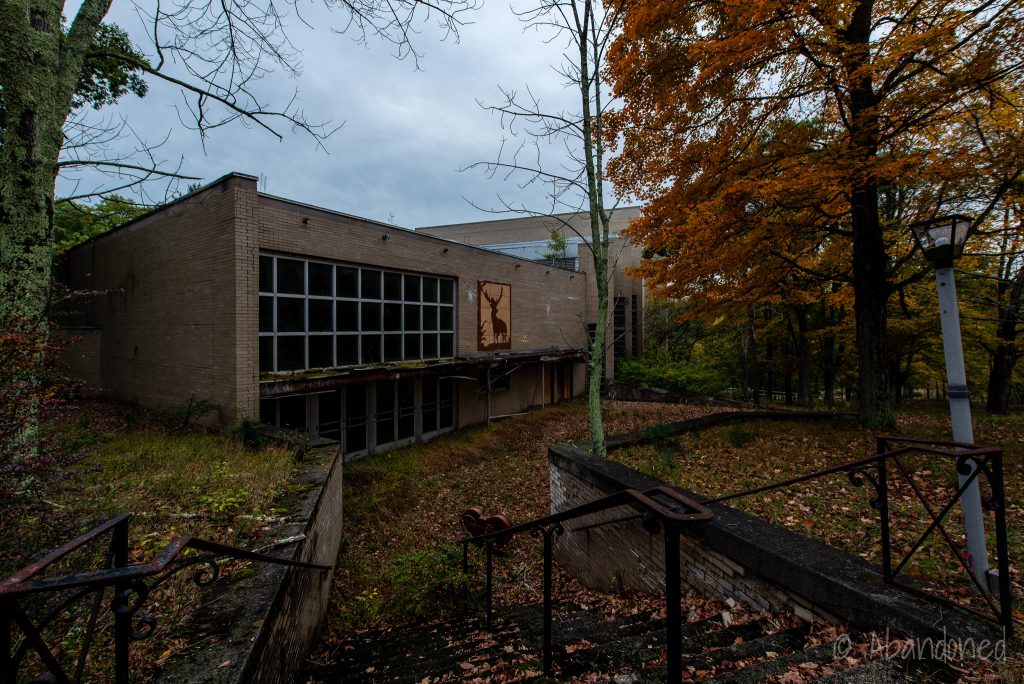 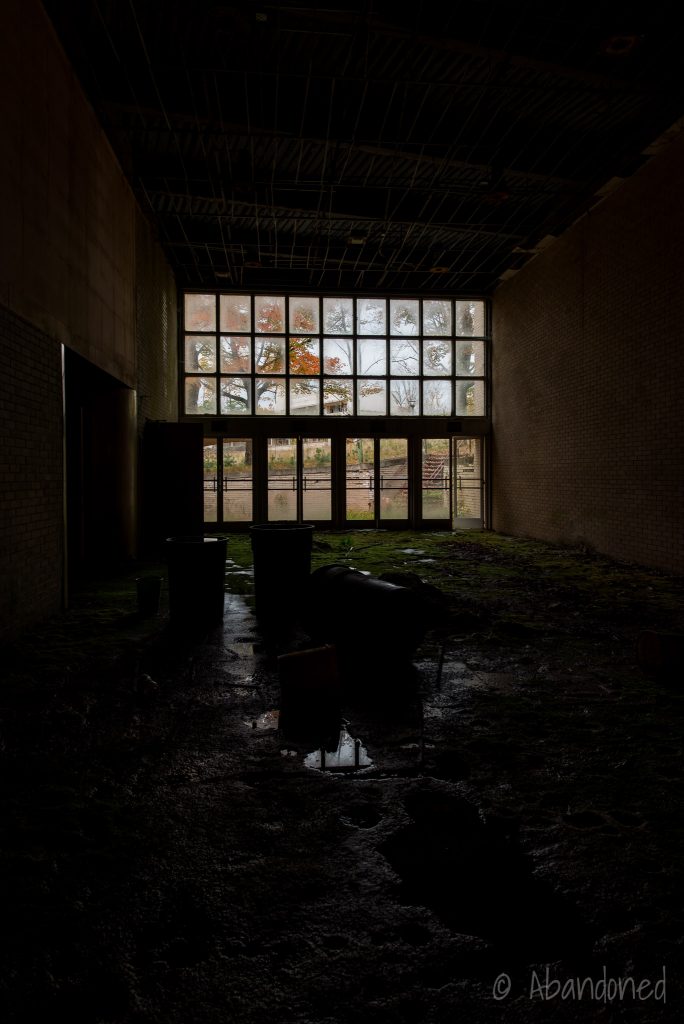 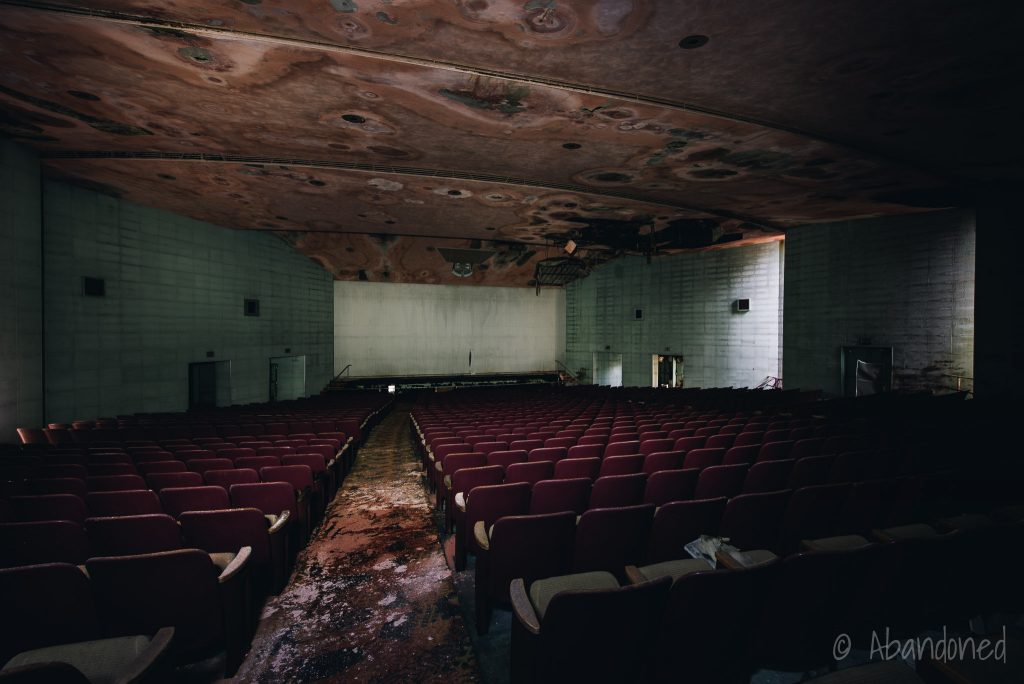