Calvary Presbyterian Church is an abandoned circa 1918 church along Grand River Avenue in Detroit, Michigan. It closed in 1991 when the congregation relocated to a more suburban location.

Calvary Presbyterian Church was the outgrowth of a Mission Sunday School, which began in May 1868 in a former grocery store on Harrison Avenue. 10 In October, the school was moved to a cottage on Michigan Avenue. In mid-1869, a lot was acquired on the southeast corner of Maybury Grand and Butternut Street.

The church was formally organized on October 3, 1872. 10 Work on a permanent sanctuary began in 1887 at the corner of Maybury Grand and Michigan Avenue, which opened on January 29, 1888. 9 The location became less than ideal, as it was surrounded by meatpacking facilities, and offered limited growth opportunities. 10

The old church was sold to the Parker, Webb & Company meatpacking plant, and services were expected to continue at the old sanctuary until the new facility could be completed, but Parker wanted the land sooner to expand their operation. 1 The company offered the church money and the ability to store their church belongings in one of their warehouses, which the church accepted. The warehouse, unfortunately, caught fire, destroying much of the stored church items.

The new Calvary Presbyterian Church building on Grand River, finished at the cost of $70,000, was dedicated on November 17, 1918. 1

To match the growing congregation and its Sunday school, it was decided to erect a three-story educational wing at the cost of $60,000 to $80,000 in July 1931. 5  Plans had been drawn under pastor Dr. David I. Sutherland, then-pastor of the church for over 30 years, in 1928 but the campaign to raise funds towards the effort did not begin until he died. Andrew R. Morrison was hired to design the structure.

Work on the first floor and basement of the addition began after the groundbreaking ceremonies were held on June 12, 1932, 7 which was opened on October 1, 1933, 8 at the cost of $25,000. 4 It was dedicated as the Sutherland Memorial Building, named after Jean Sutherland, wife of David Sutherland. A contract to complete it with the addition of a second floor at the cost of $40,000 was let in May 1939 with work finished by October. The new facility, attached directly to the sanctuary, boasted room for 1,000 students, social and recreation facilities, and five meeting rooms.

Consequently, the church’s congregation, which grew from 665 members in 1912 to 1,700 members by 1940, 1 began to contract. In mid-May 1952, Calvary Presbyterian, with 1,600 members, announced that it would merge with the four-year-old Montieth Memorial Presbyterian Church, with 450 members, at 7 Mile and Greenview Avenue. 3 After the merger, Montieth Memorial became the John Montieth Chapel. Services continued at both locations but it was expected that the John Montieth Chapel would be expanded to accommodate the congregation of both sanctuaries.

By 1963, Calvary Presbyterian was questioning whether it should close its Grand River location as it had just 338 filling the pews and 326 in the school on an average Sunday. 2

The circa 1918 church building was sold to the Abundant Life Christian Center, which was later vacated when it moved to another location on Grand River, becoming the Greater Faith for Deliverance Church. 1 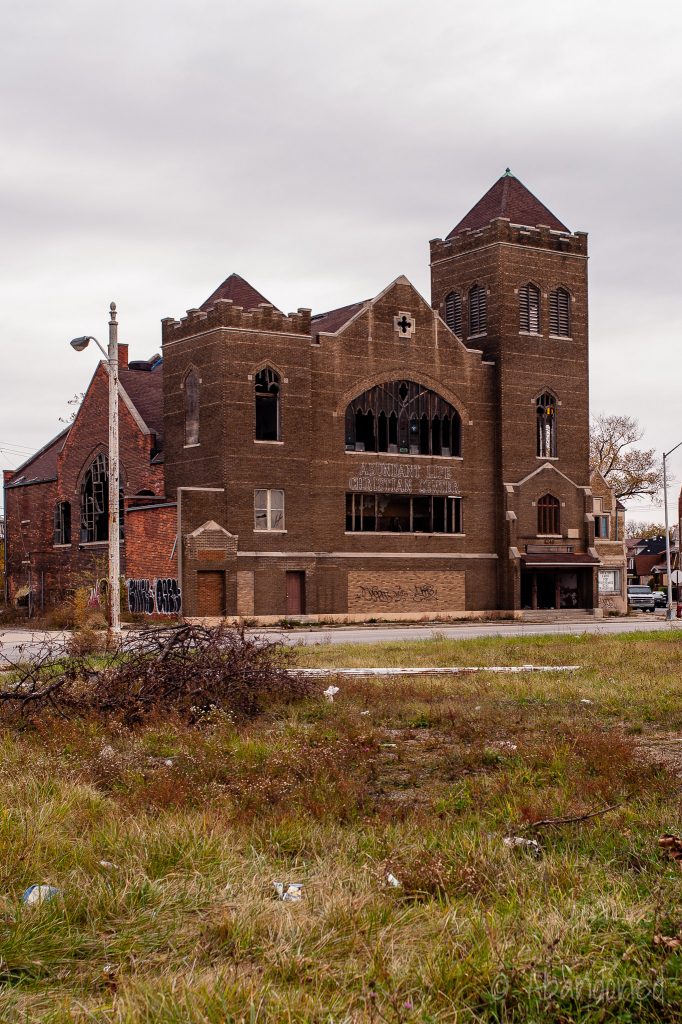 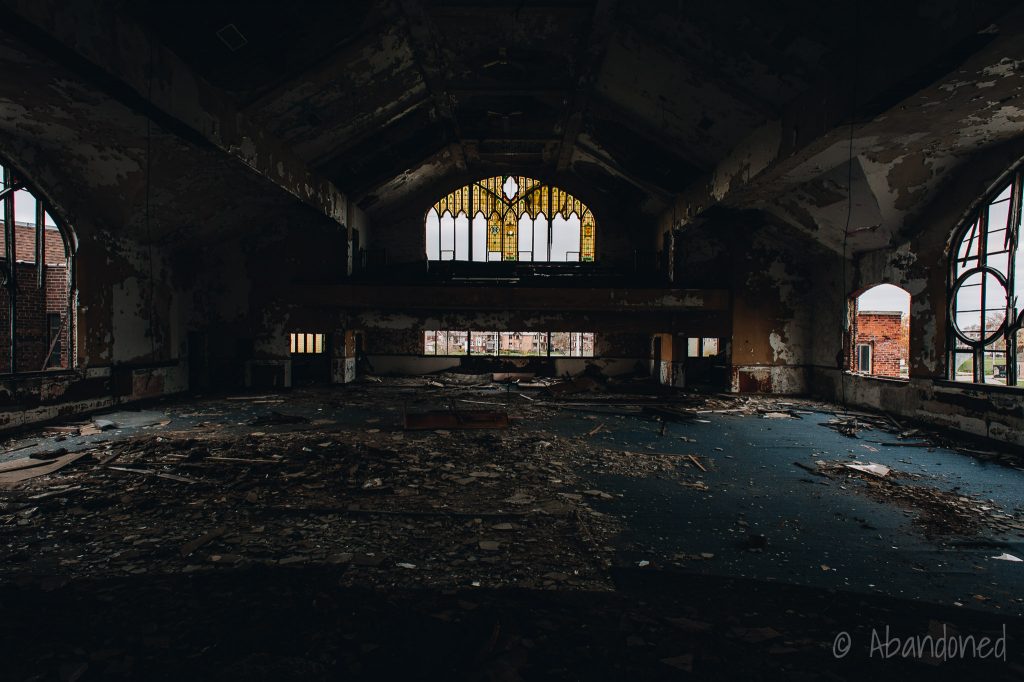 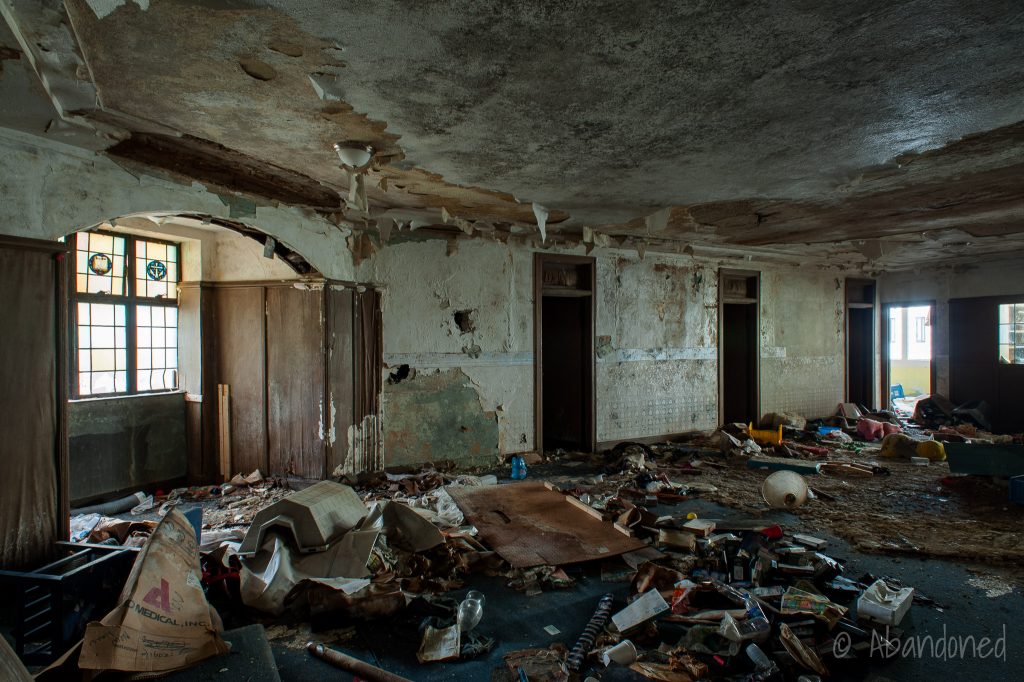 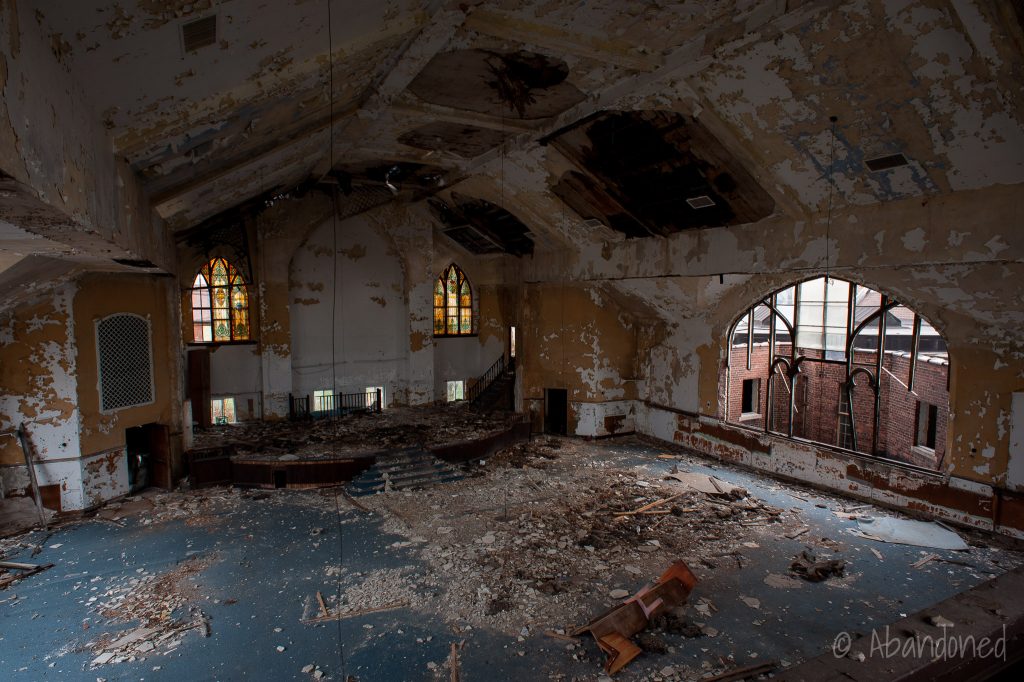 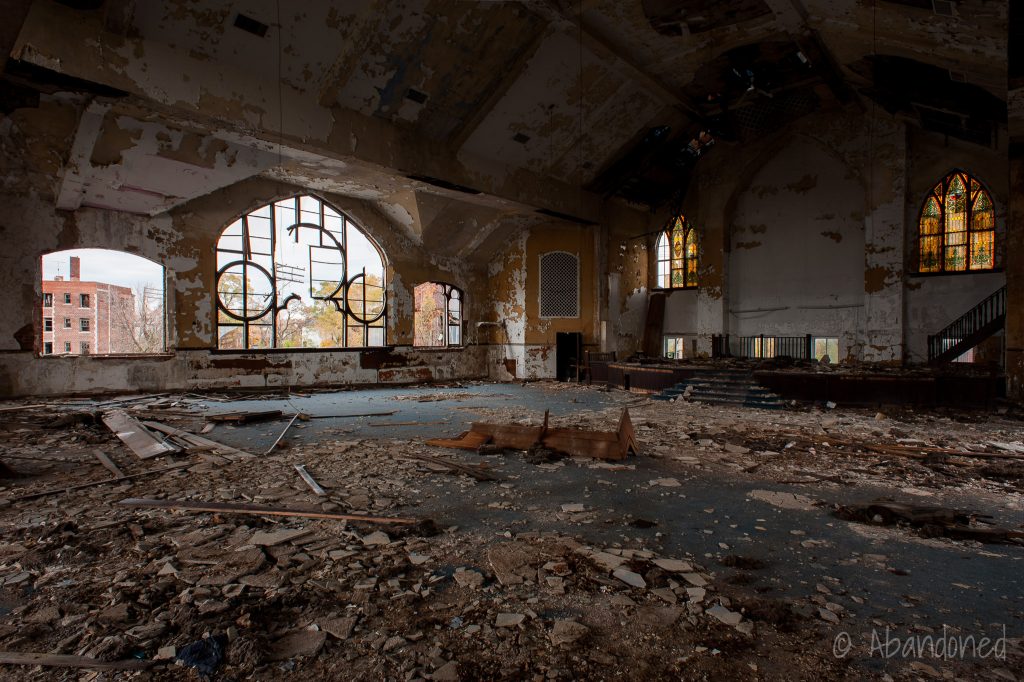 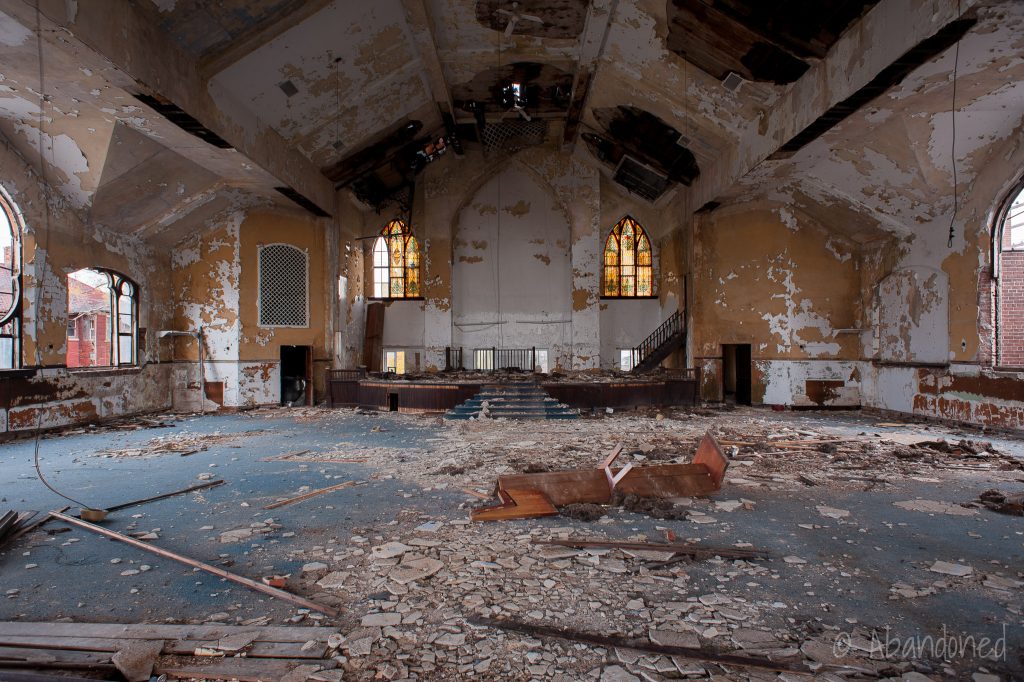 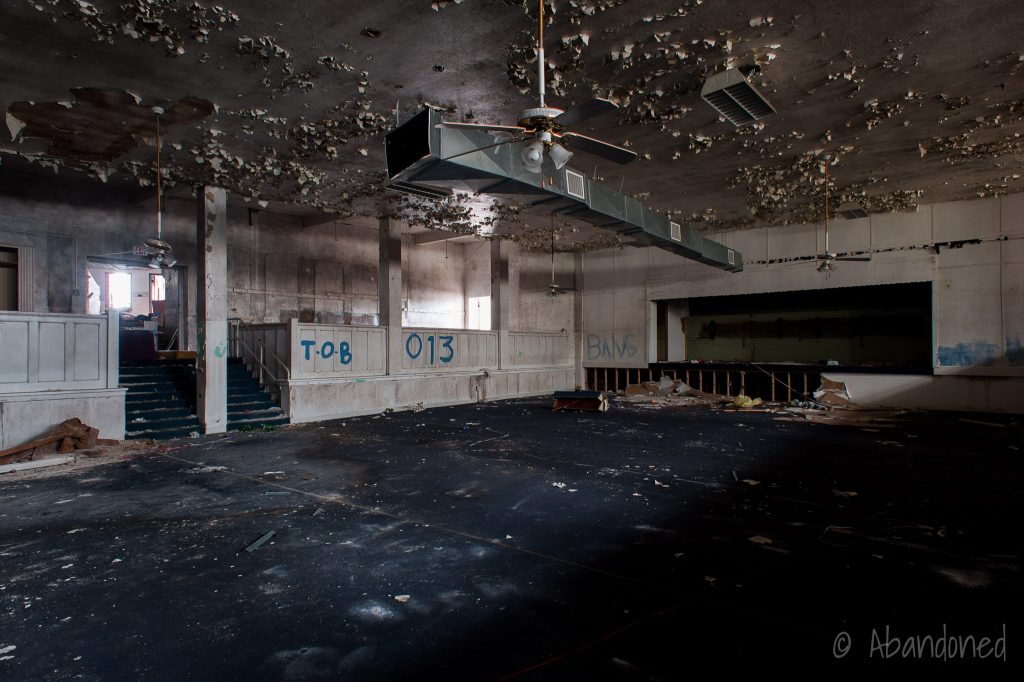 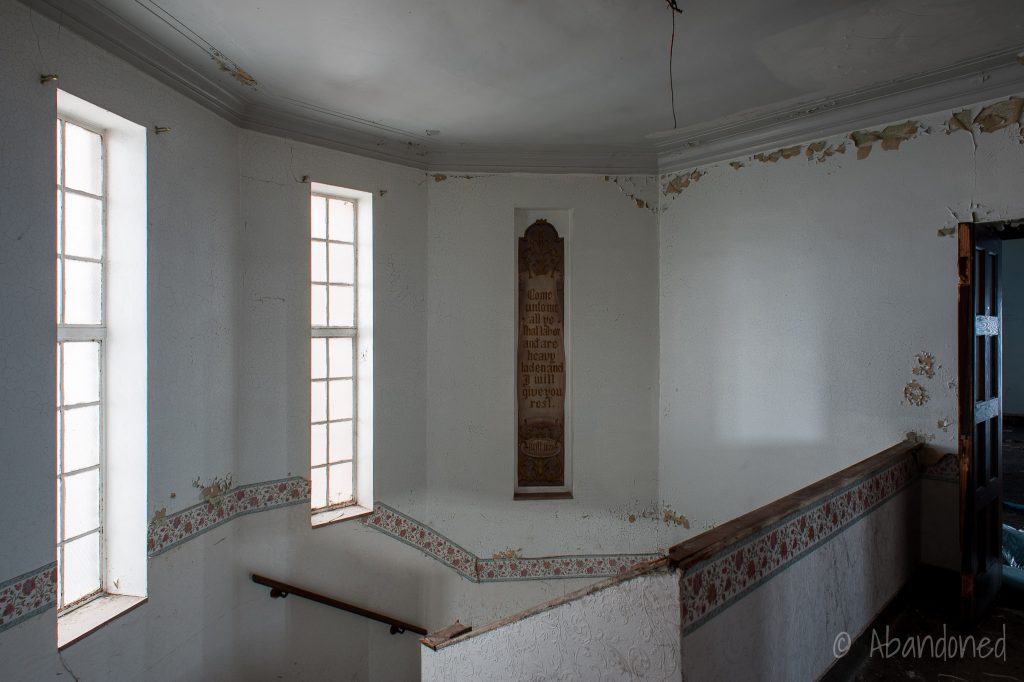