The Catlettsburg National Bank Building, styled in late Victorian architecture with spires, a minaret, and other embellishments, was constructed at the corner of Center Street and 26th Street in 1885. 8 At its height around 1900, the bank cleared $1 million daily. In 1916, the bank was sold to the Farmers & Merchants Bank and the building was later used for medical and dental offices 8 and a radio station. 1

The structure was condemned in October 2011 because of structural concerns. 2 Bricks were falling from the building onto the street. 1

In January 2012, the city filed a complaint against the building’s owners, claiming that the facade was collapsing onto 26th Street and that the roof had sagged seven feet. 1 On January 20, Judge George W. Davis III issued an order for the former bank building to be razed. After a two week grace period, Catlettsburg Main Street and the Kentucky Trust for Historic Preservation were allowed to access the building’s interior to conduct a feasibility study for potential structural rehabilitation. An initial analysis concluded that the supposedly sagging ceiling was a false ceiling and attached to the original roof above, which was in good condition. 2

Unfortunately, the front facade of a former union hall adjacent to the bank building collapsed on February 5, 3 causing a small part of the bank structure to give way. 7

In order to hasten rehabilitation of the Catlettsburg National Bank Building, the property was acquired by the Kentucky Trust for Historic Preservation. 4 According to plans filed by the Kentucky Trust, renovations were set to begin in the summer. After renovations were completed, the building would be deeded over to Catlettsburg Main Street. But by May, no work had started due to a lack of funds. The Kentucky Trust was waiting to receive $45,000 in emergency funds from the National Trust for Historic Preservation as well as additional money from the Kentucky General Assembly. 5 Additionally, the organization was waiting for a structural engineer to examine the building and file a report.

Several architects and engineers studied the building in mid-August and found the bank building in better than expected condition, 6 noting that the majority of the structure’s floor joists, ceiling, and roof components were in good condition. 7 The study was paid for by a $5,000 grant from the National Trust. 6 A plan for restoration was underway by December but no physical work had started. 7

At about 8:30 a.m. on July 27, 2014, a significant portion of the façade of the bank collapsed on 26th Street. Emergency demolition of the entire building was ordered and work began that evening. 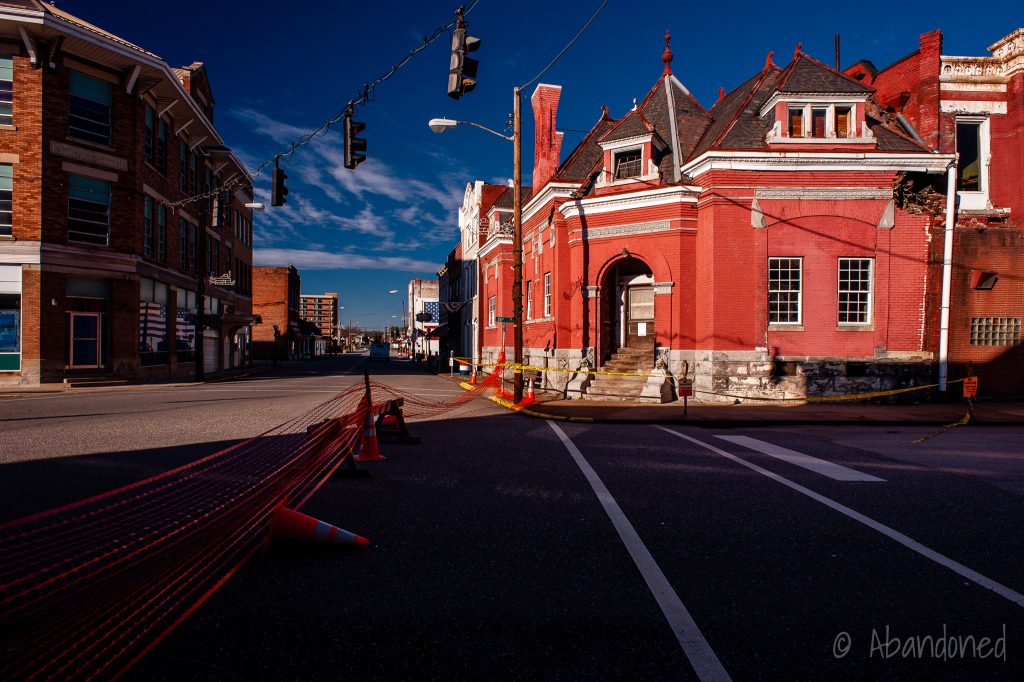 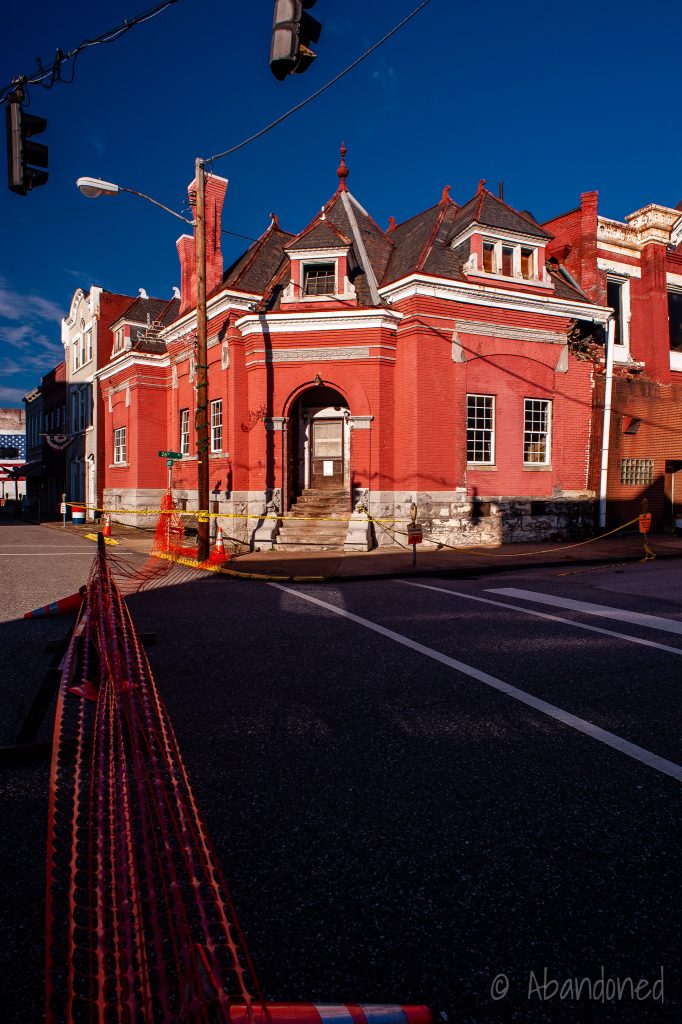 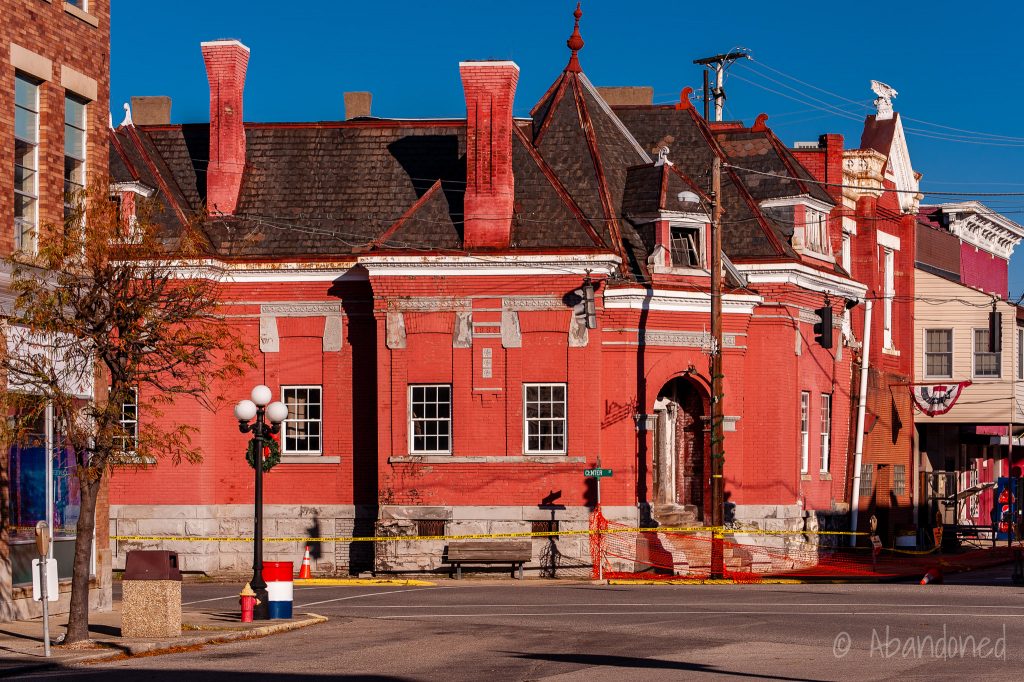 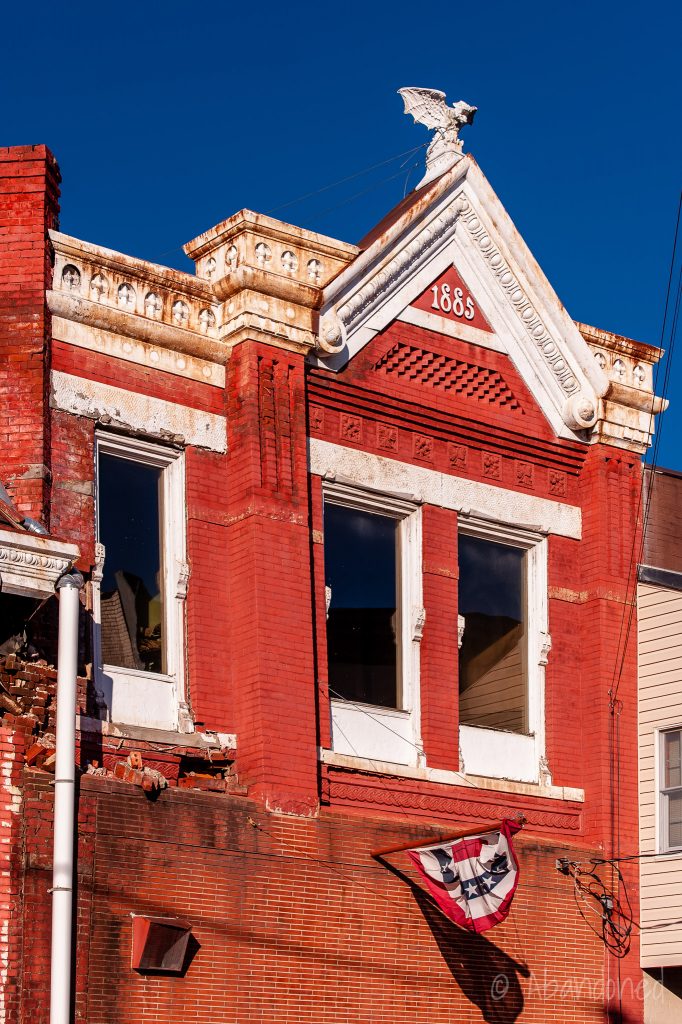 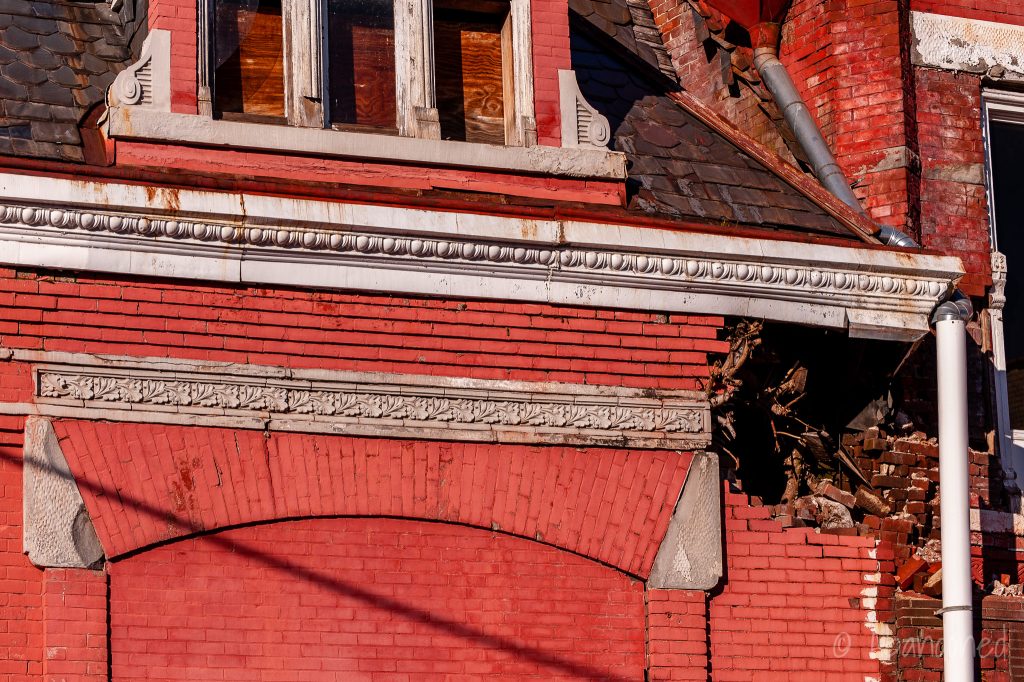 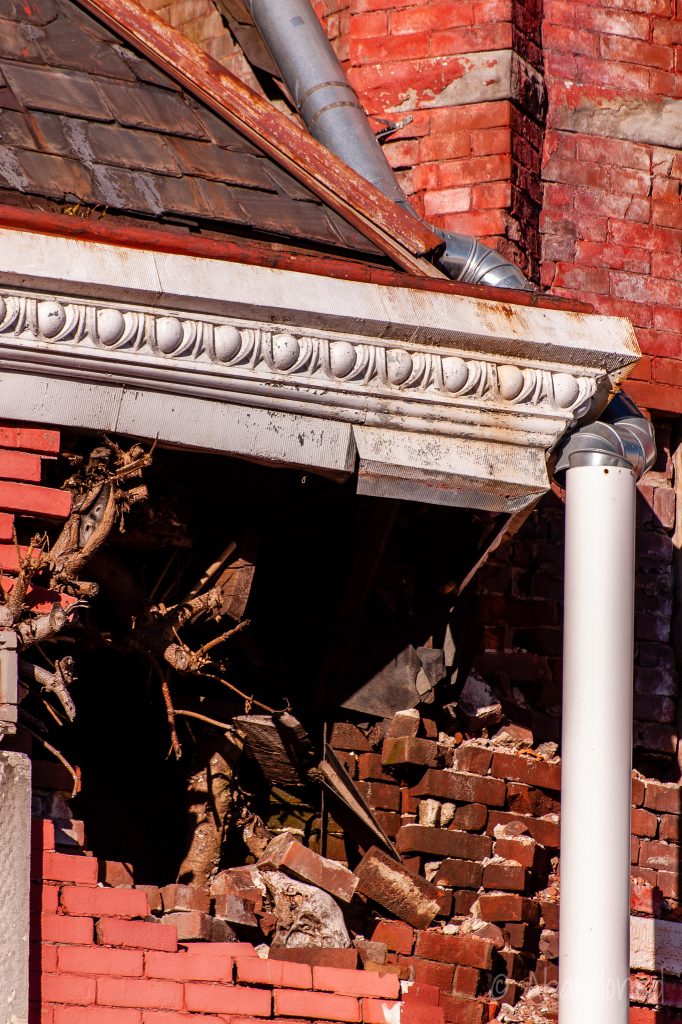 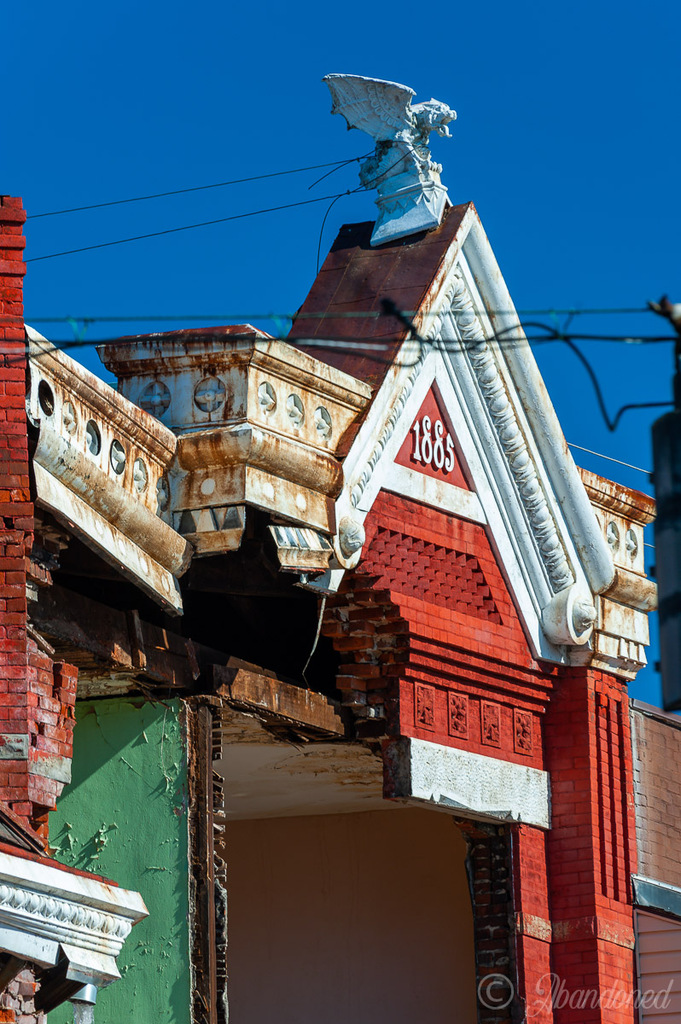 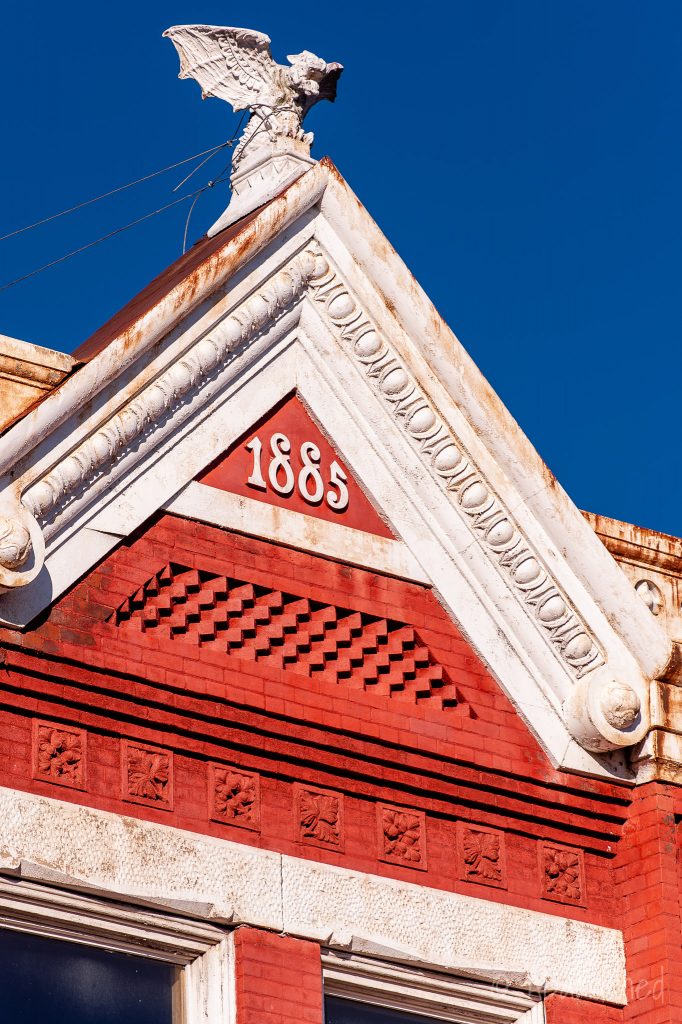 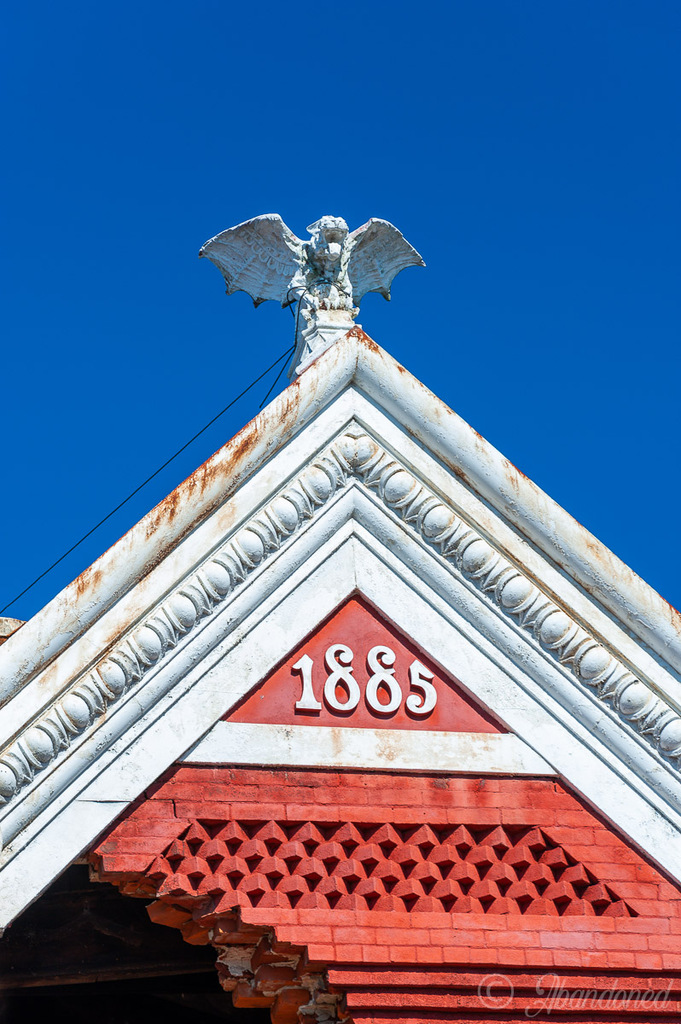 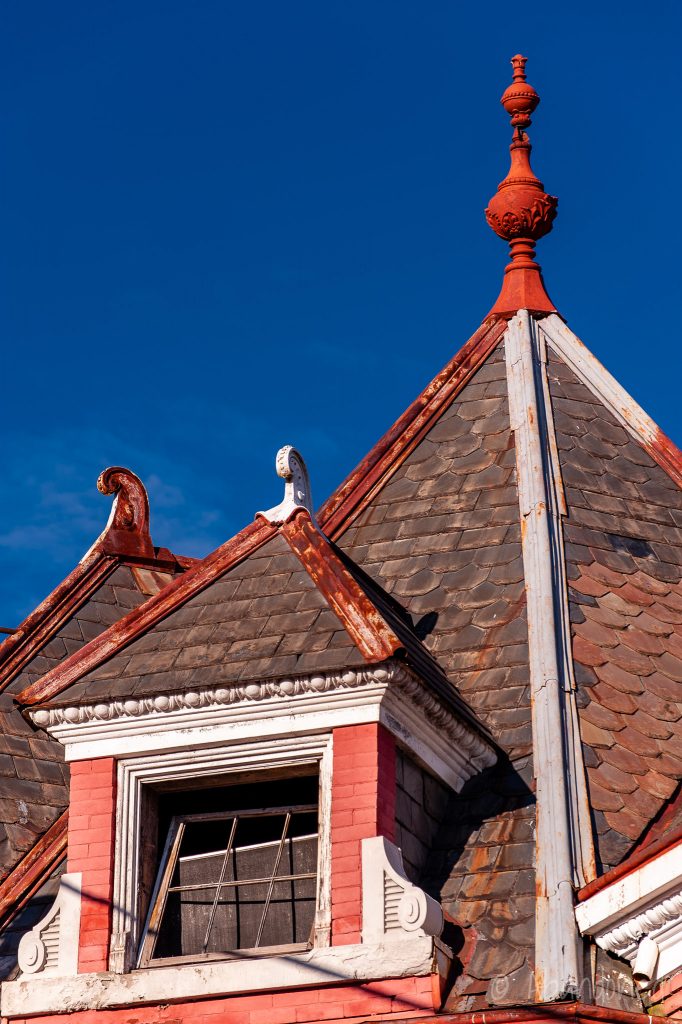 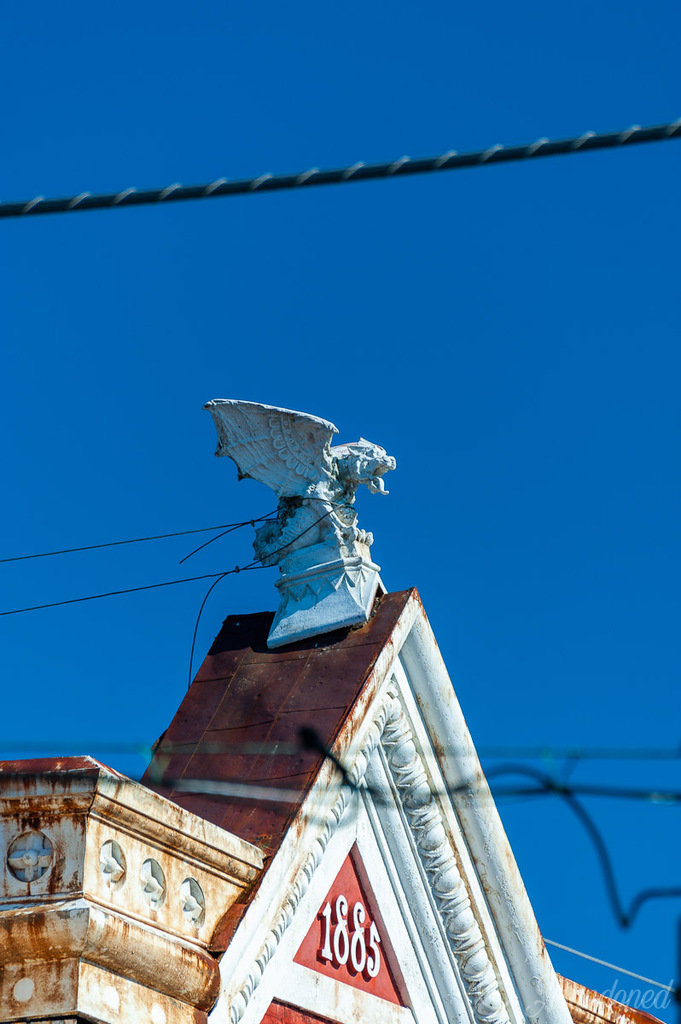 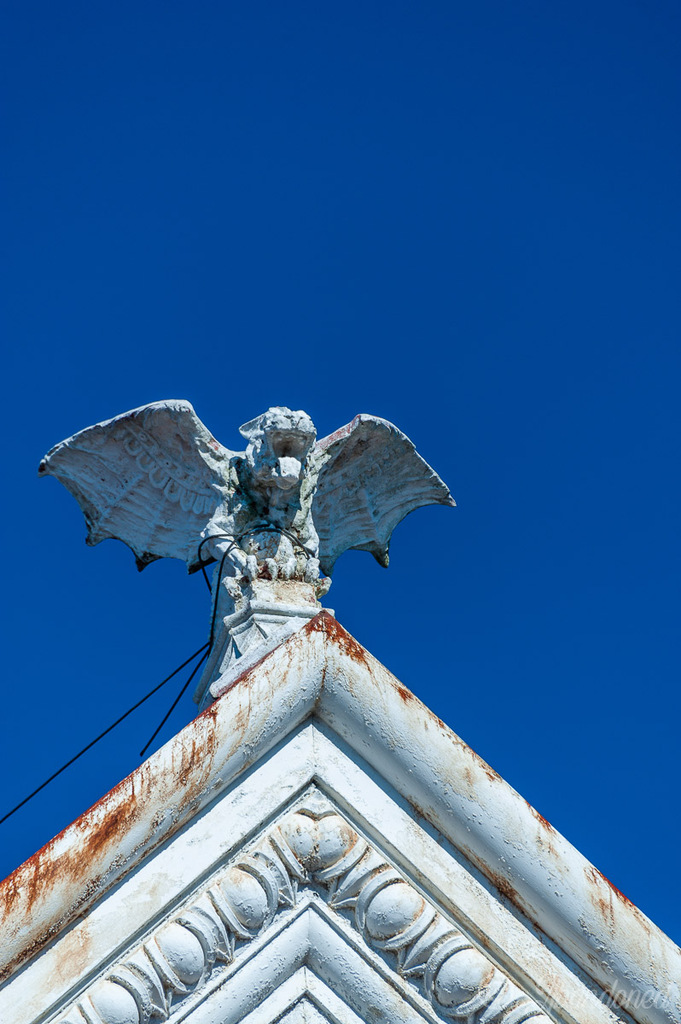 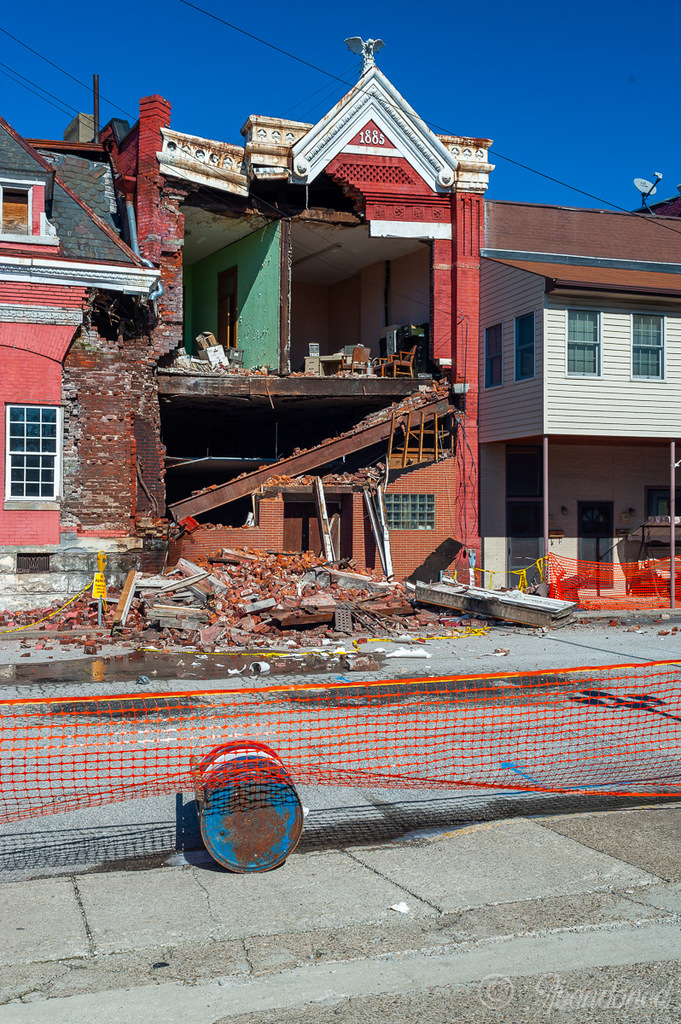 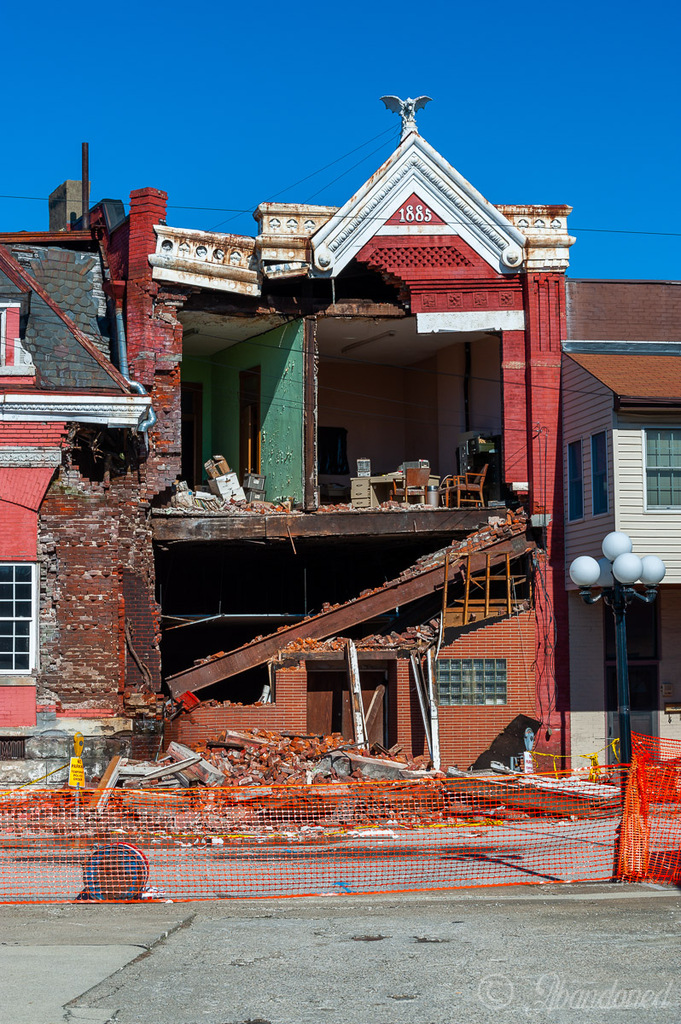 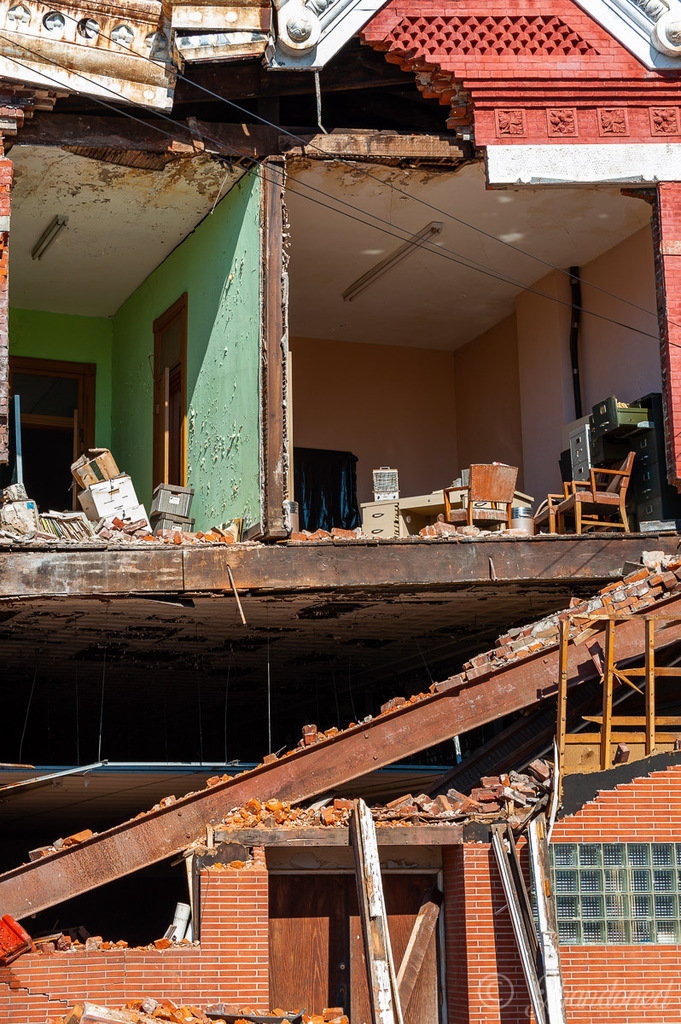 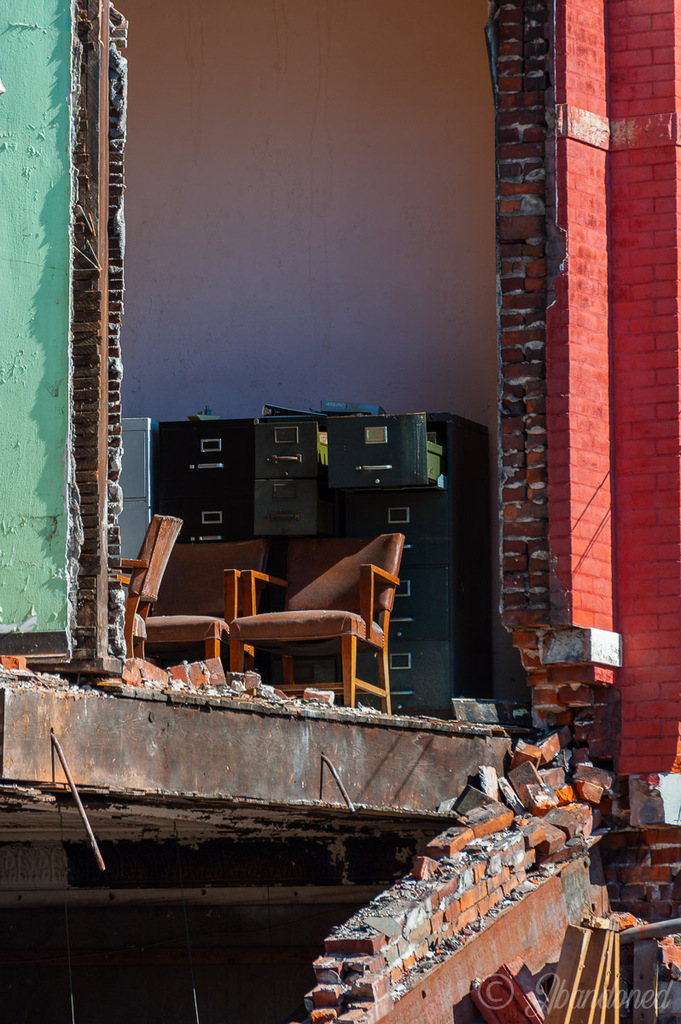 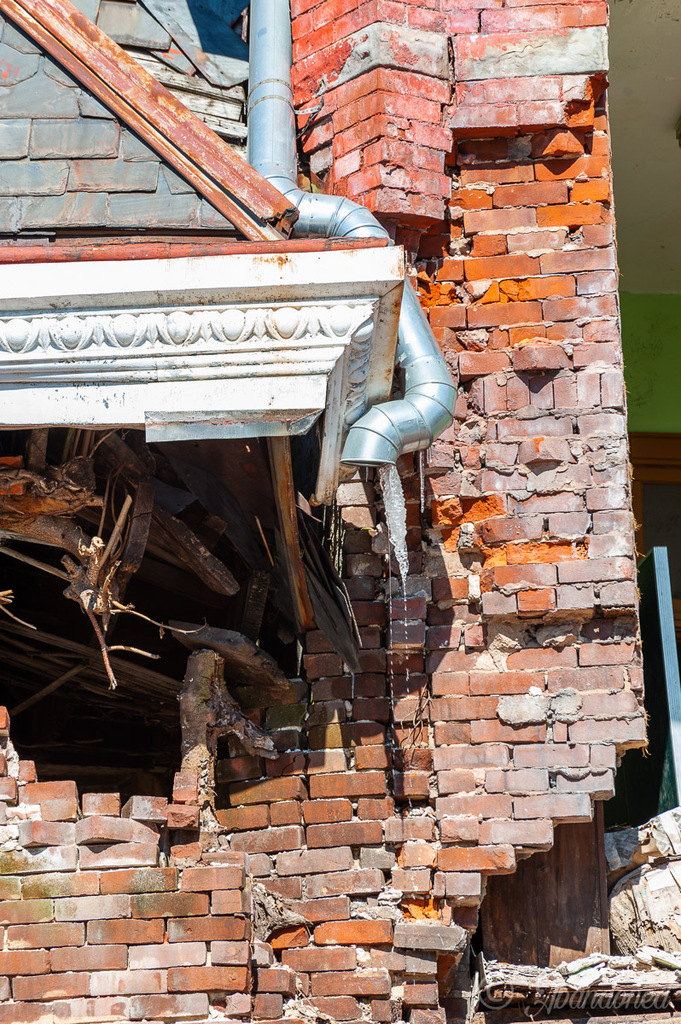