The Cincinnati, Georgetown & Portsmouth Railroad (CG&P) is an abandoned railroad between Cincinnati and Russellville, Ohio. It was intended to extend as far east as Portsmouth.

Several investors in the early 1870s were interested in developing the village of Mt. Washington as a suburb of Cincinnati, accessible by a railroad. 1 Incorporated in 1867, Mt. Washington was mostly owned by Henry Brachmann who had long desired the development of a narrow-gauge line from Cincinnati to Mt. Washington and eastward through Clermont, Brown, Adams, and Scioto counties. Other residents from the village were interested in the venture, including Stephen J. Sutton, who once had a line operating between Cincinnati and Amelia.

The Cincinnati & Portsmouth Railway (C&P) was incorporated on March 1, 1873, 1 2 with the goal of constructing a railroad from Cincinnati east to Bethel, Georgetown, and West Union. 2 It could not exceed 4% in grade and had a maximum cost of $8,000 per mile. A contract was awarded to John W. Rutherford of Columbus for the grading and construction in the fall of 1876 and work began at Carrel Street in Columbia (today’s Columbia-Tusculum neighborhood in Cincinnati) at the Little Miami Railroad (LM). 2 By October 1877, 11 miles had been completed east to Mt. Carmel, which included a station at Sutton and Benneville roads in Mt. Washington and by June 1878, it had reached Hamley. 1

Rutherford filed suit against the C&P shortly after its completion to Mt. Washington, claiming that the railroad was being operated in an “extravagant and wasteful manner.” 2 Rutherford also contended that he had not been paid $67,087 for his work. He levied a lien against the railroad, but the state supreme court ruled that railroads were not subject to the state lien law. Rutherford continued to pursue the claim, and in 1880,  secured a judgment of $55,000 against the C&P. With this and other debts, the railroad went into bankruptcy.

The C&P was sold to its creditors on September 11, 1880, and reorganized as the Cincinnati, Georgetown & Portsmouth Railroad (CG&P) on March 21, 1881. 2 Construction on the line resumed shortly after, and by July 4, 1881, the CG&P had been extended to Bethel. 1 Construction slowed east of Hammersville as the terrain became significantly more hilly, which included the erection of a 110-foot high, 1,410-foot long trestle over the White Oak Creek gorge. 2 On February 5, 1886, the first train arrived in Georgetown.

East of Georgetown were vast tracts of timber and potential mineral resources, and the CG&P directors authorized an extension to West Union in 1894, and financing was agreed upon in 1898. 2 The CG&P was mortgaged for $500,000 in 1900, with the proceeds were earmarked for the extension. In 1902, A.W. Comstock purchased the CG&P and invested $1 million into the line, and used the funds earmarked for the eastern extension to electrify the railroad. 1 The Tennis Railway Company completed the electrification work in 1902, which included the erection of a powerhouse and the conversion of the line into standard gauge. 2 (Third rail had previously been laid in the CG&P Carrel Street yard in 1899 when the Little Miami needed to move standard gauge cars from their line to the Cincinnati Water Works along the CG&P near Lunken Airport.) The first electric car arrived in Georgetown on December 1. 2

A branch of the CG&P was built to Coney Island in July 1902. 2 It featured a gauge of 5-feet 2½ inches which allowed the Cincinnati Traction Company (CTC) to operate their vehicles from central Cincinnati. For a brief period, the Carrel Street yard had tracks for all three gauges: narrow, standard, and CTC. A branch to Batavia was completed in 1903, and in 1904, the long-awaited eastern extension of the CG&P mainline towards Portsmouth was completed to Russellville, eight miles east of Georgetown. A branch to Felicity was added in 1906.

A competing traction line, Interurban Railway & Terminal’s Suburban Traction Company, was built in 1902 between Cincinnati and Bethel, which caused an immediate drop in passengers along the CG&P. 1 The rise in the automobile in the 1920s caused a further drop in ridership, and in 1927, the Coney Island branch was abandoned, followed by the Felicity branch and the Georgetown to Russellville mainline in 1933. By 1934, only four daily round trips between the LM to Georgetown were listed and on October 1, 1935, the CG&P was abandoned. 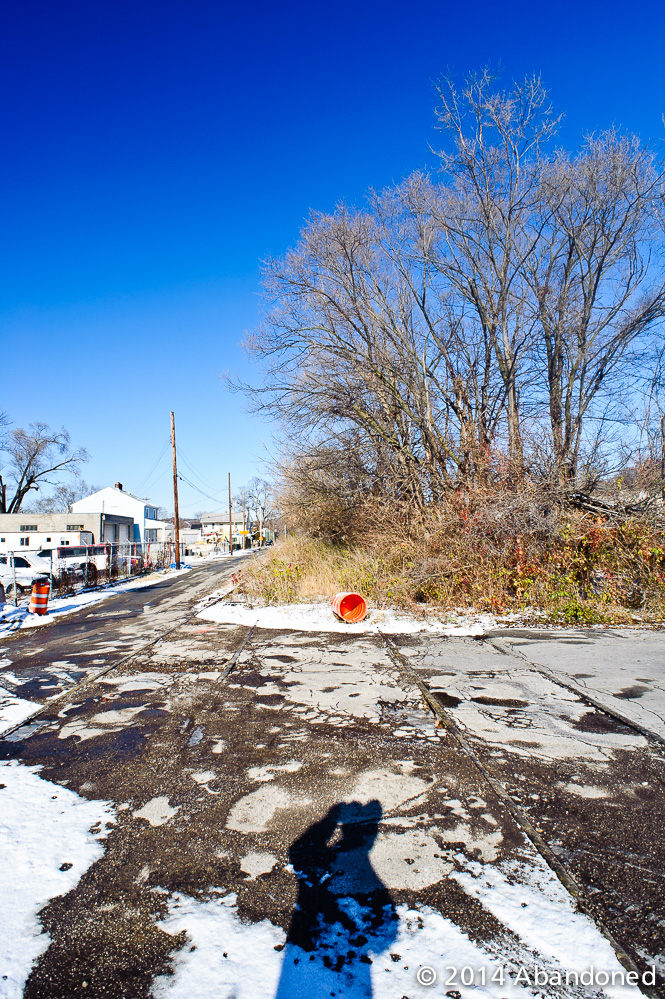 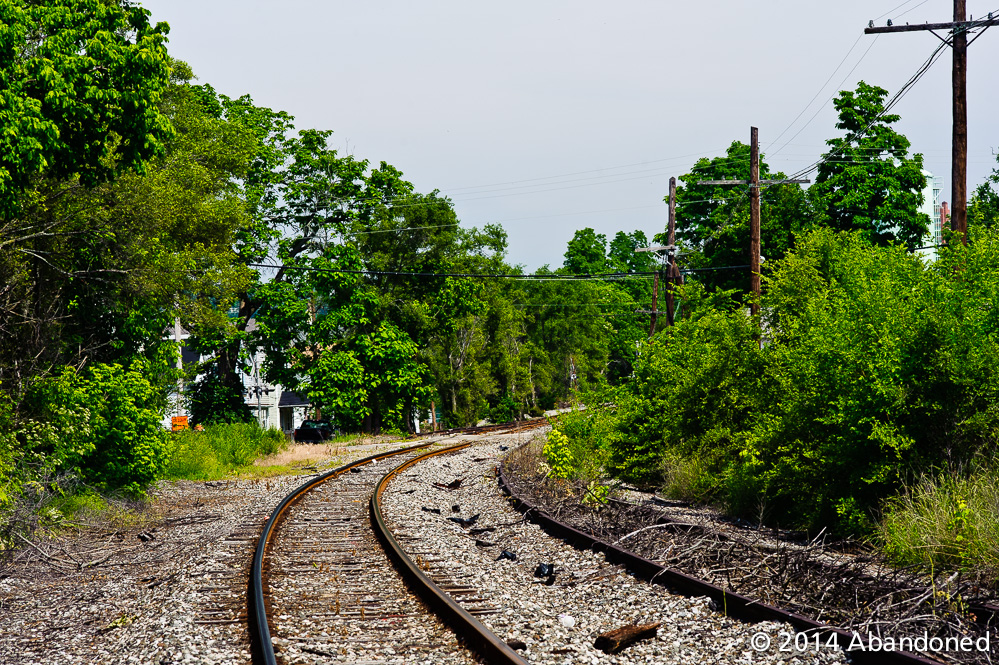 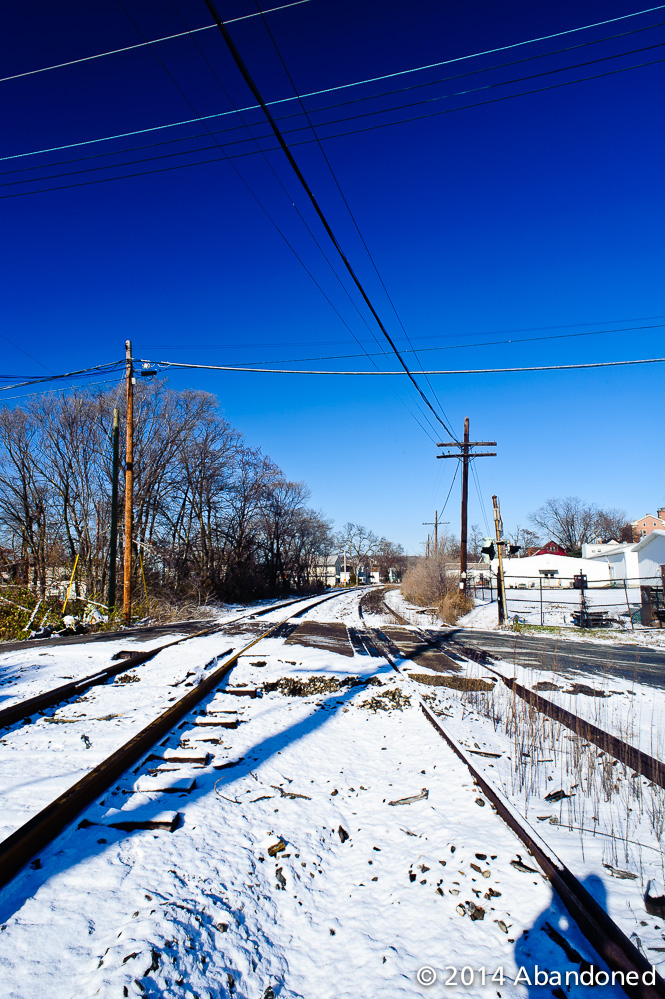 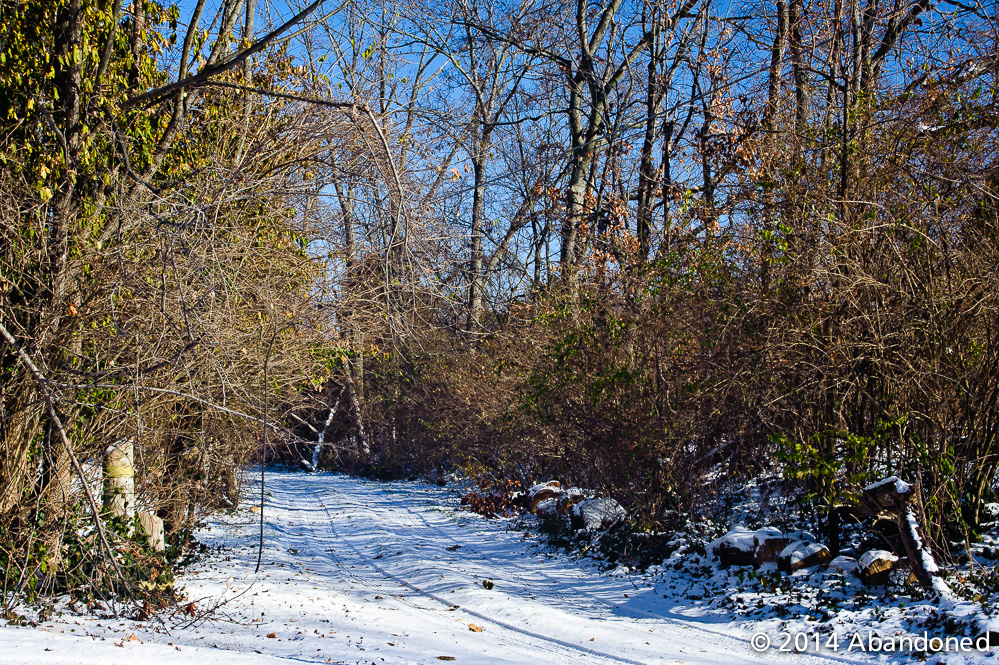 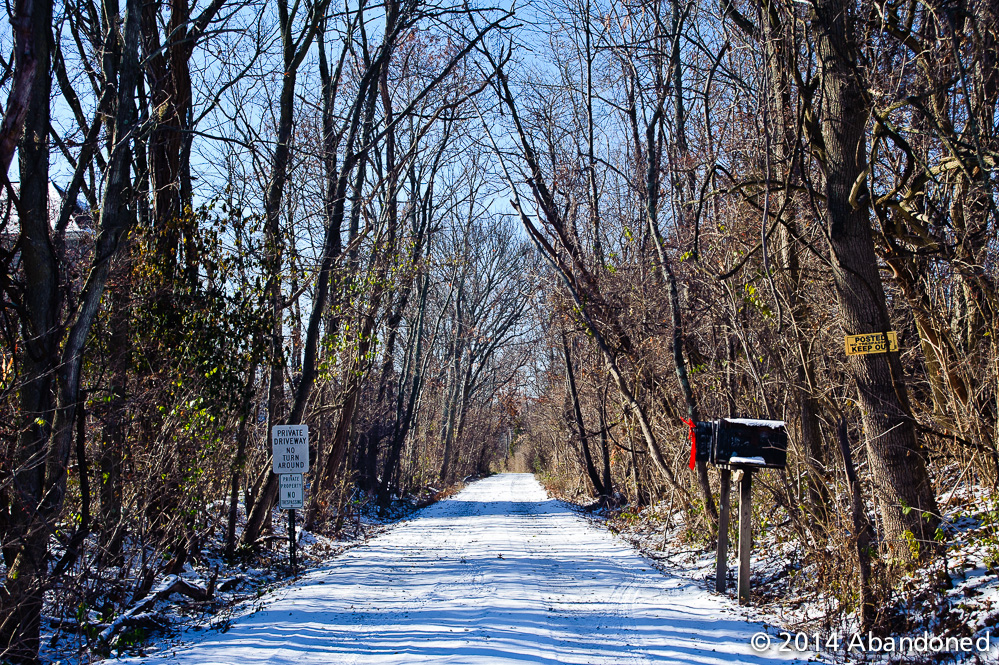 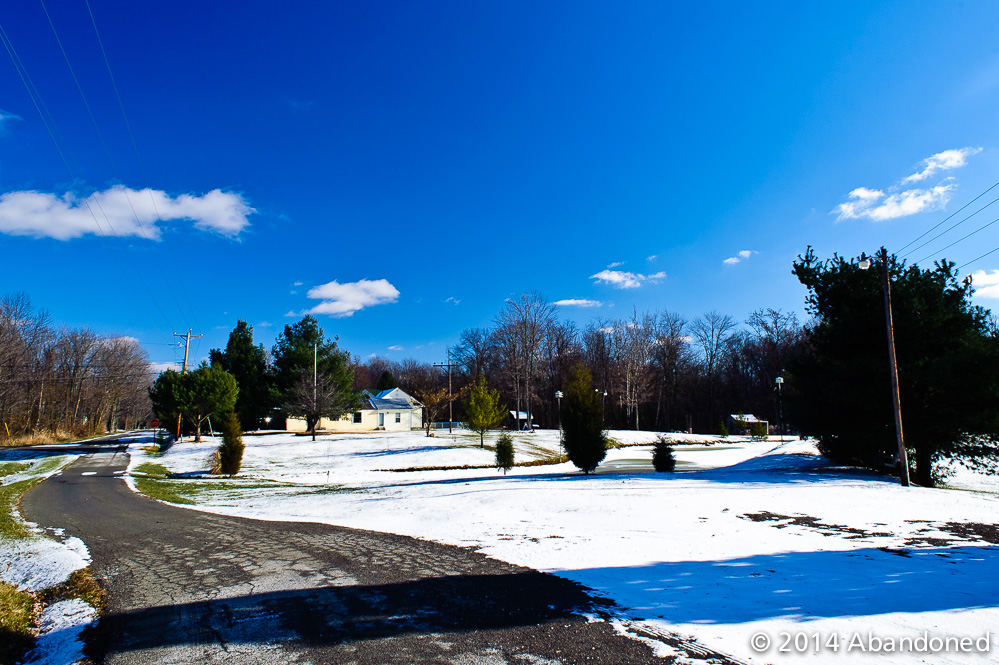 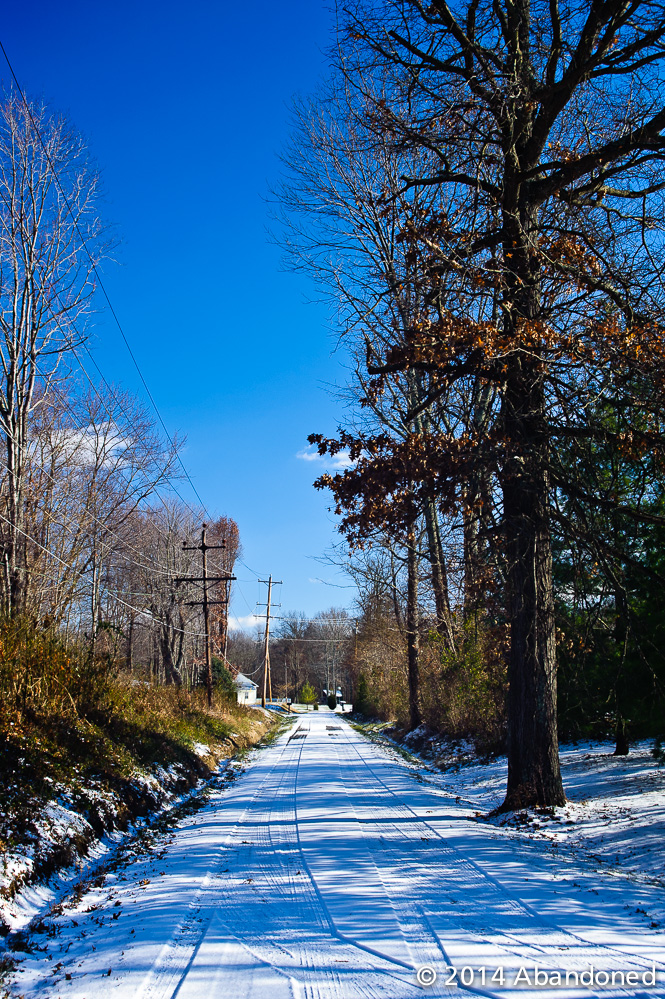 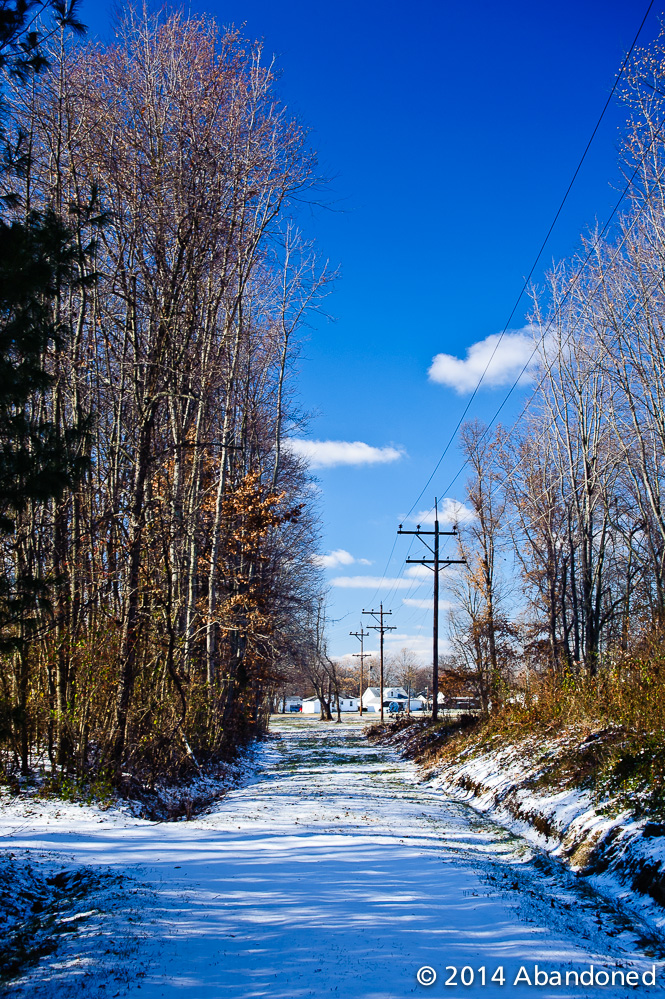 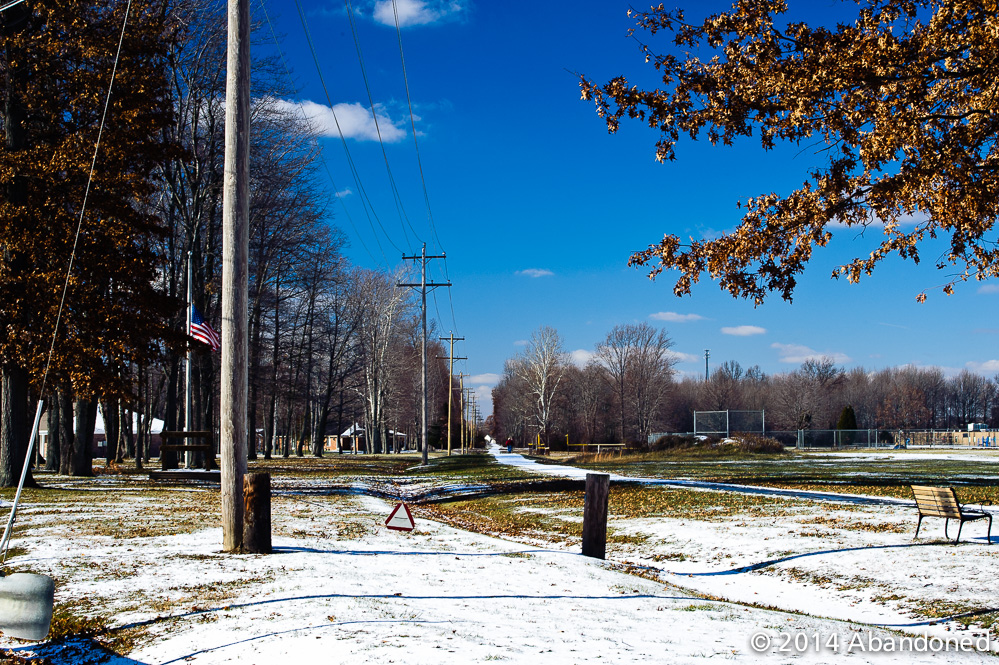 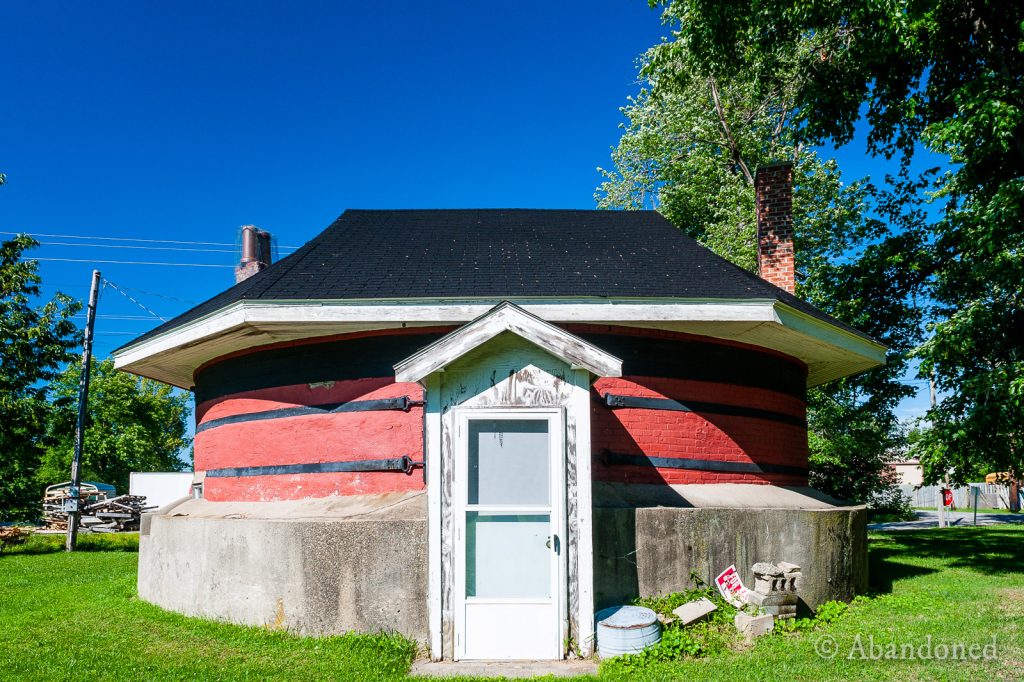 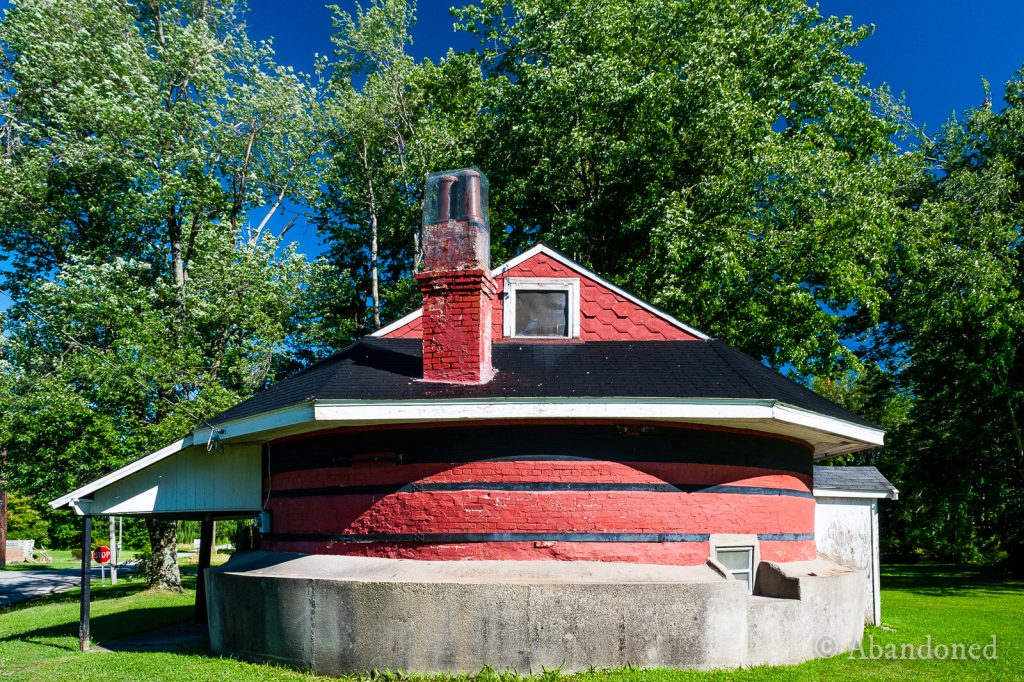 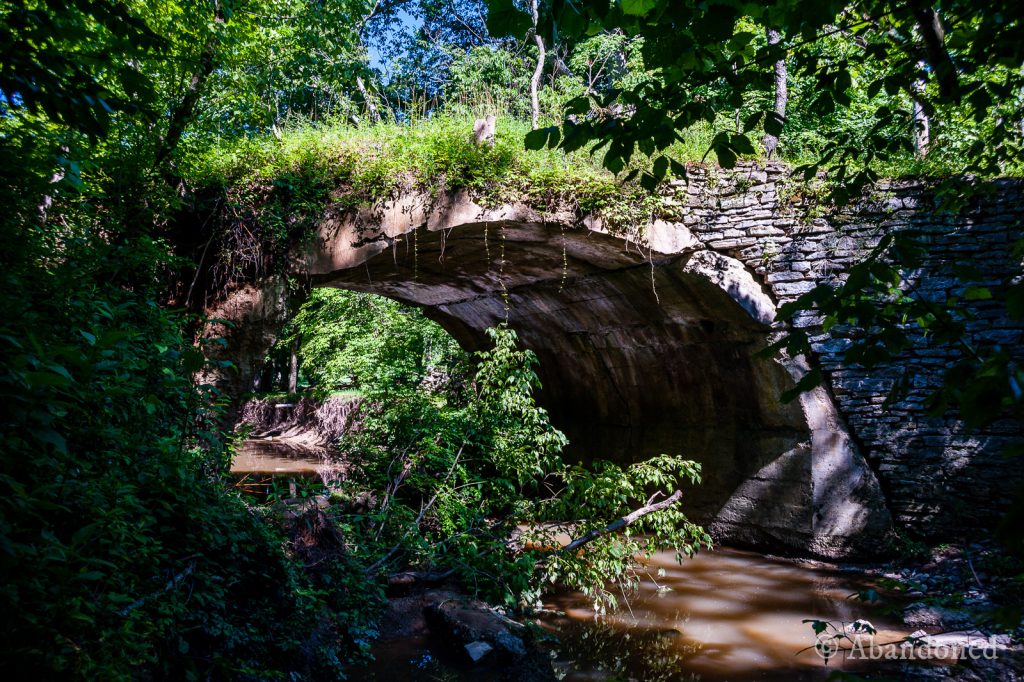 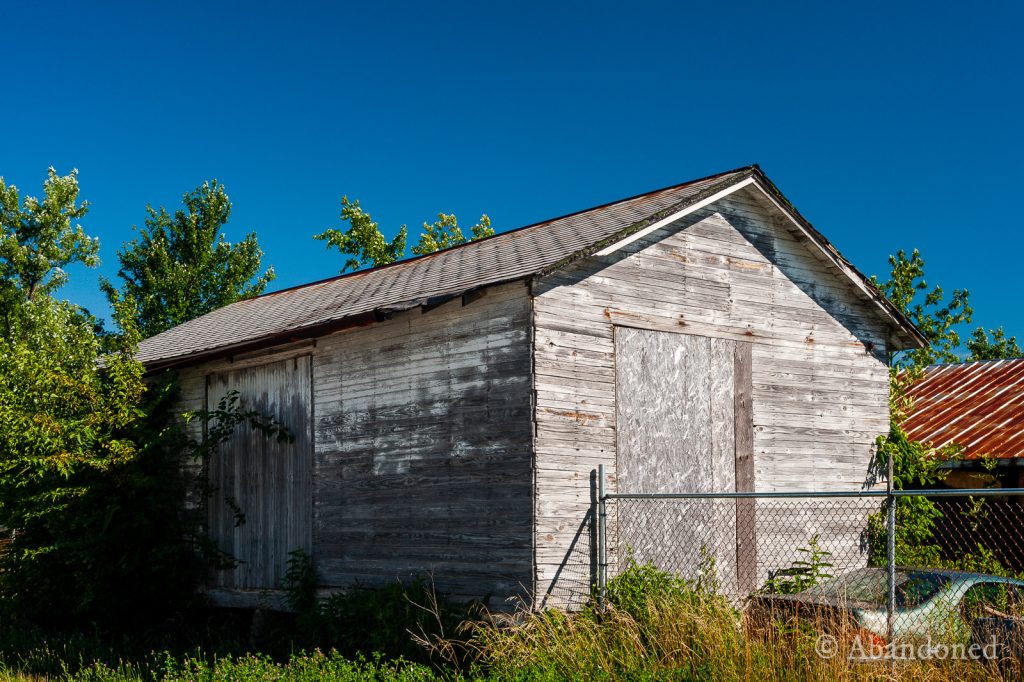 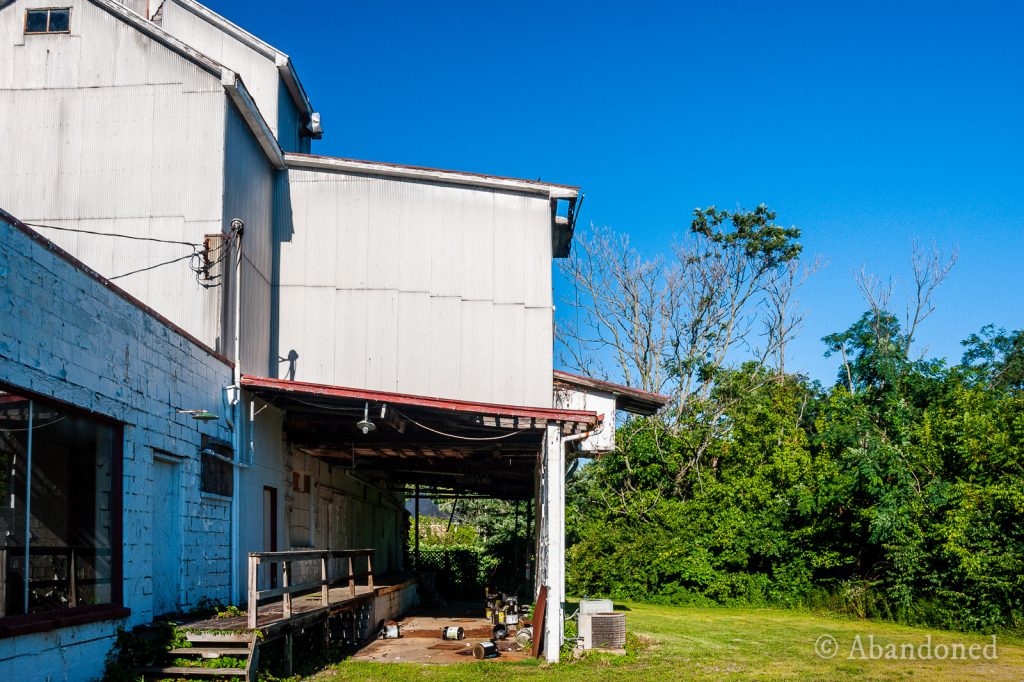 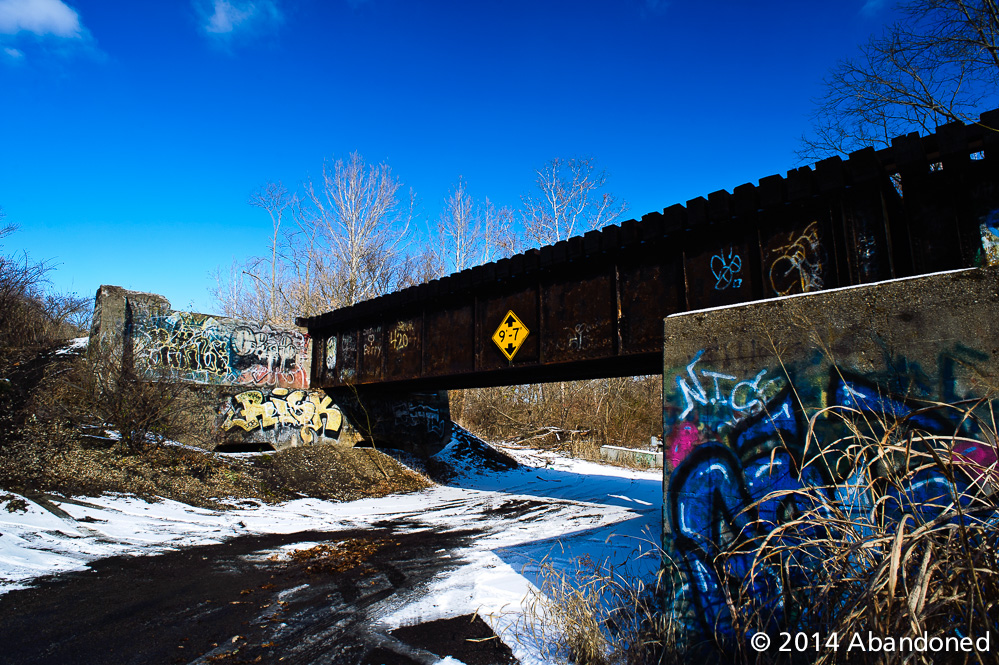 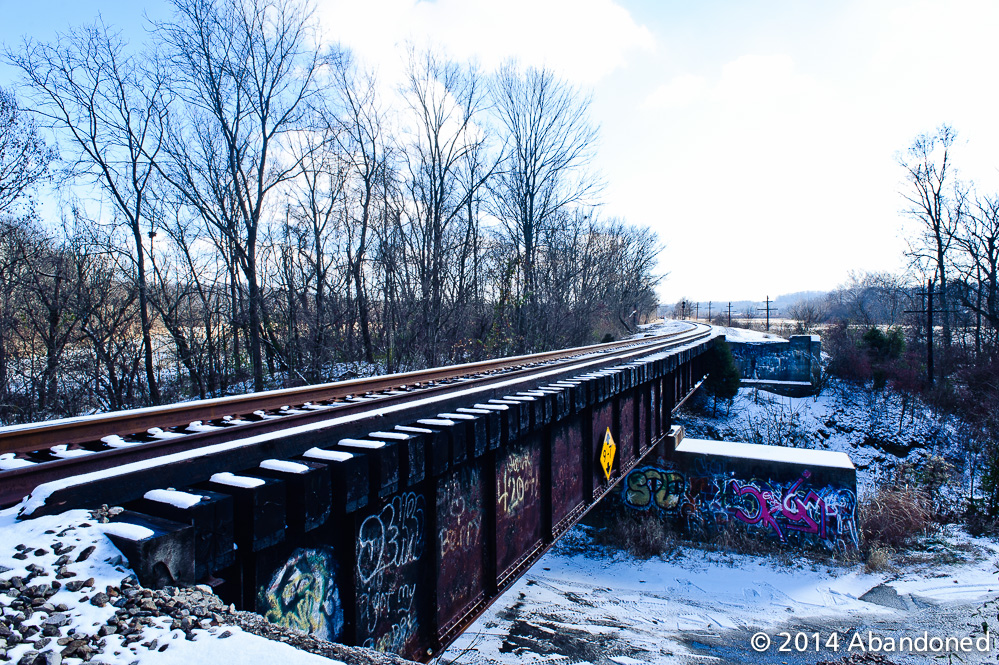 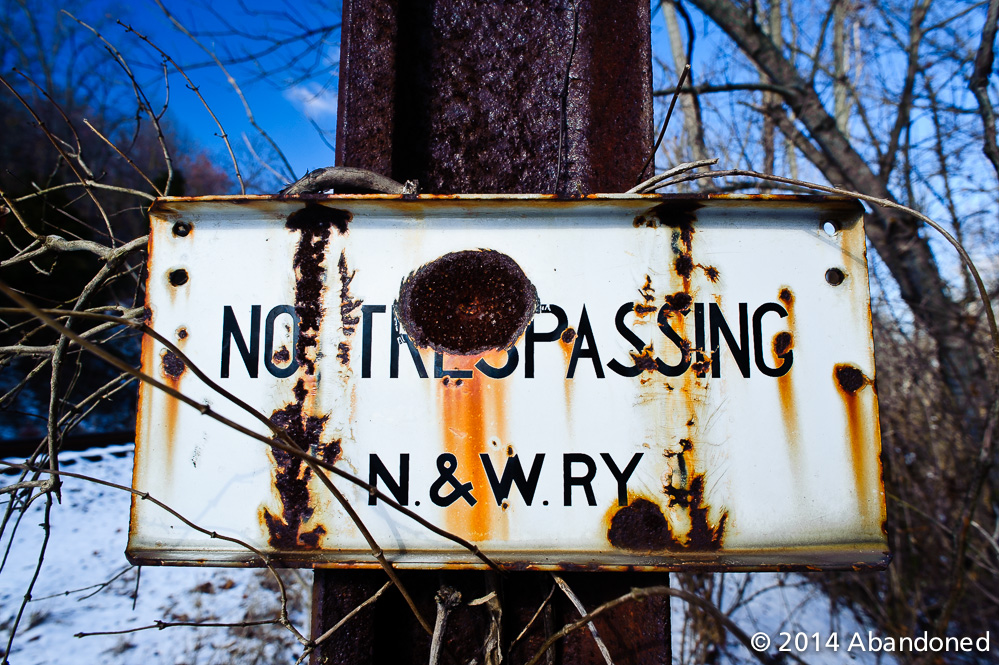 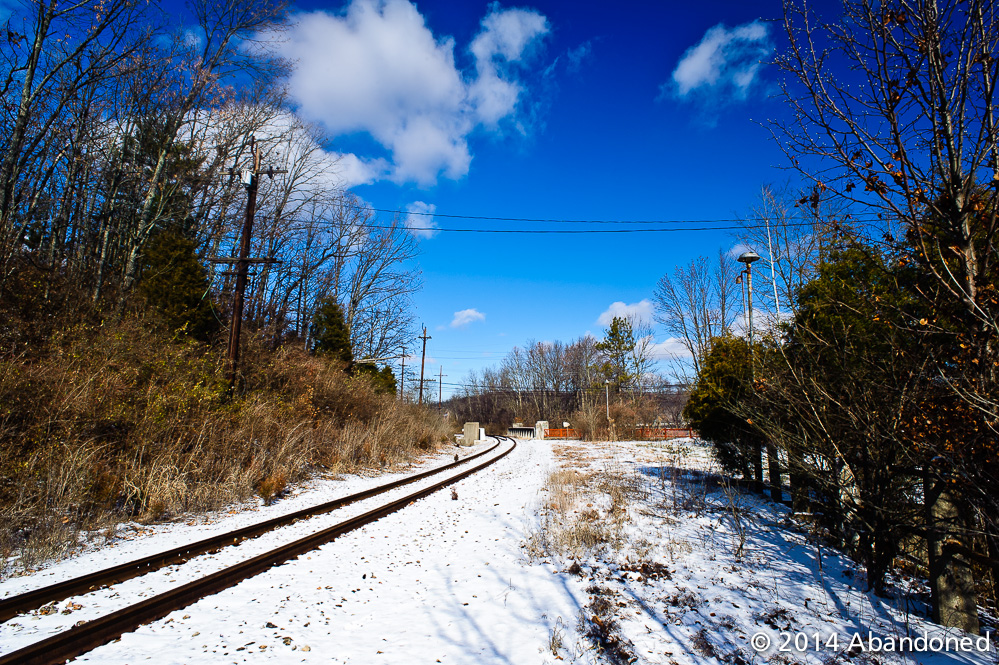 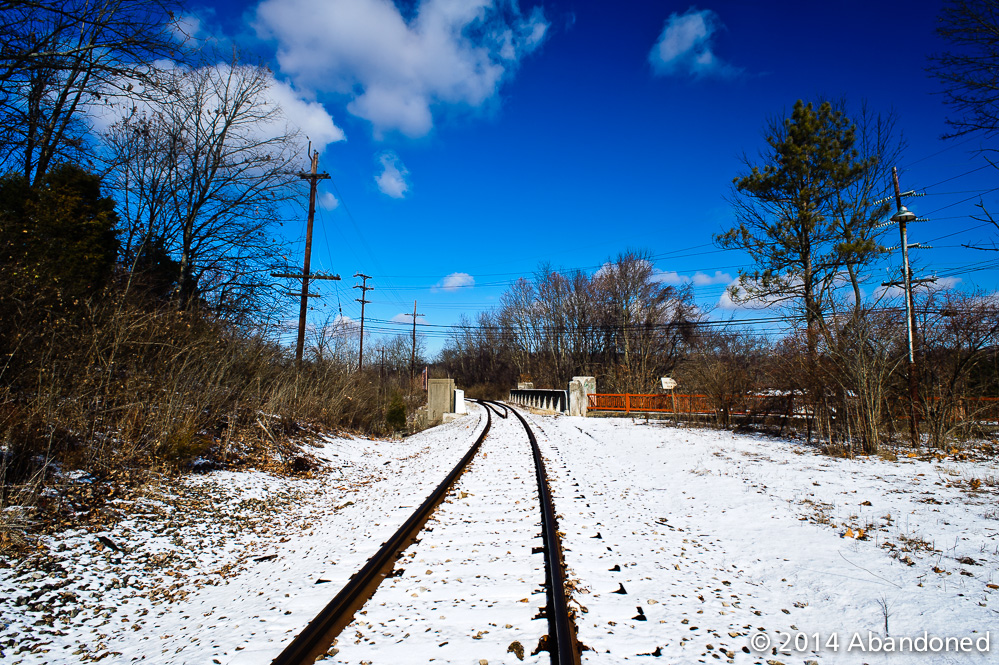 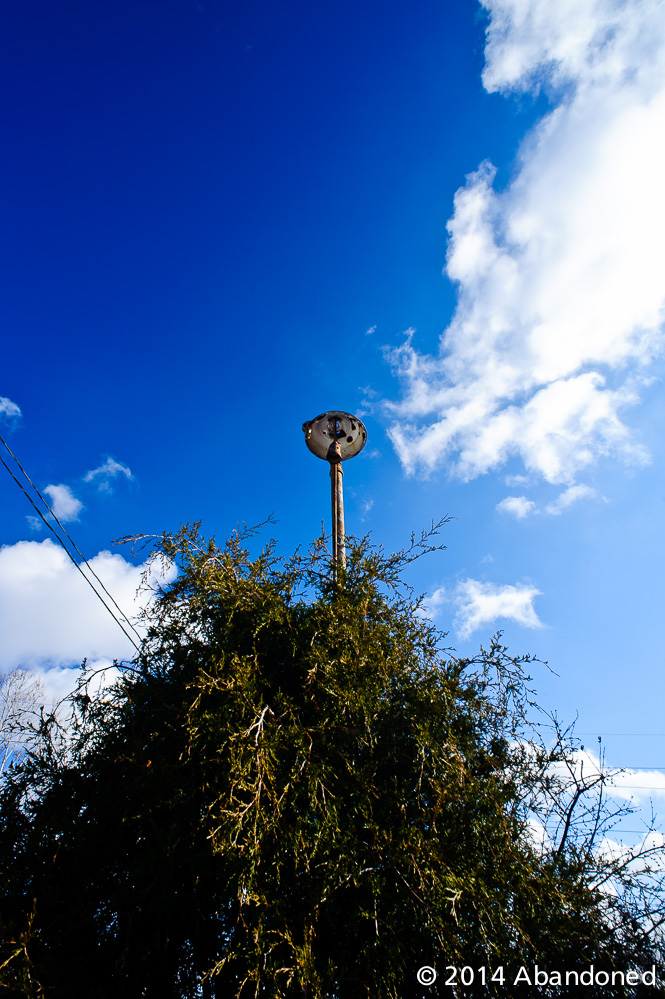 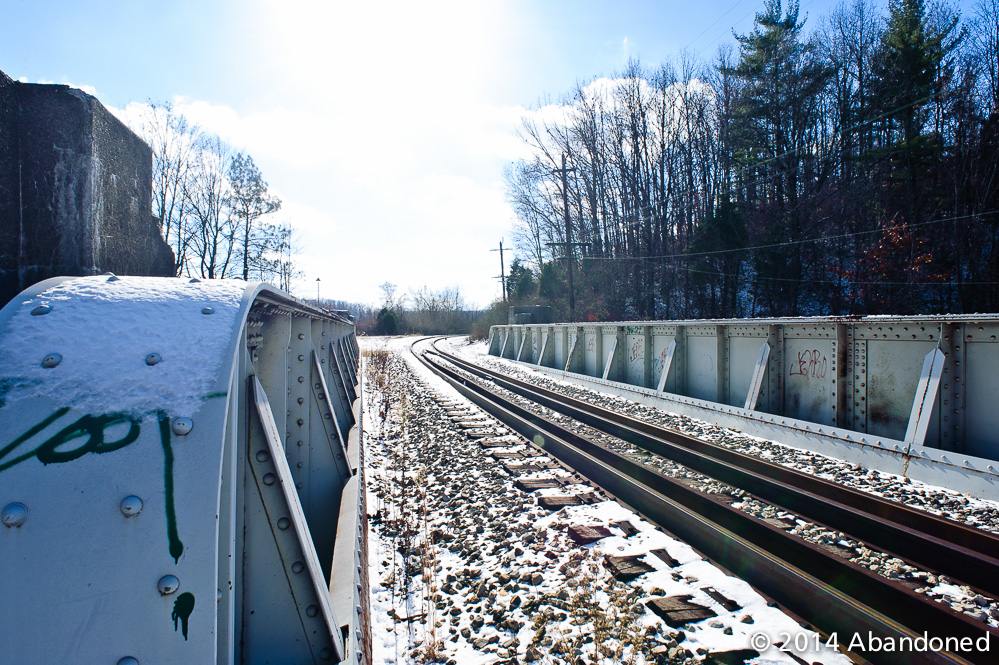 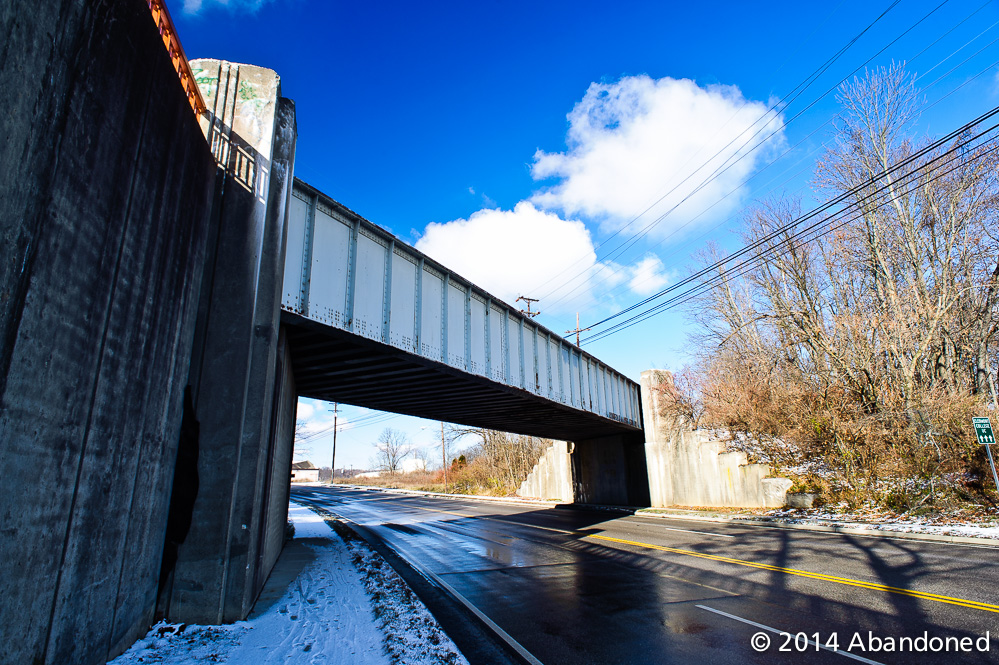