As I drove down from a forested ridge towards the Kentucky River valley in one of the most remote areas of the Bluegrass state, I spotted a derelict, historic residence on a small knob.

As I drove down from a forested ridge towards the Kentucky River valley in one of the most remote areas of the Bluegrass state, I spotted a derelict, historic residence on a small knob. 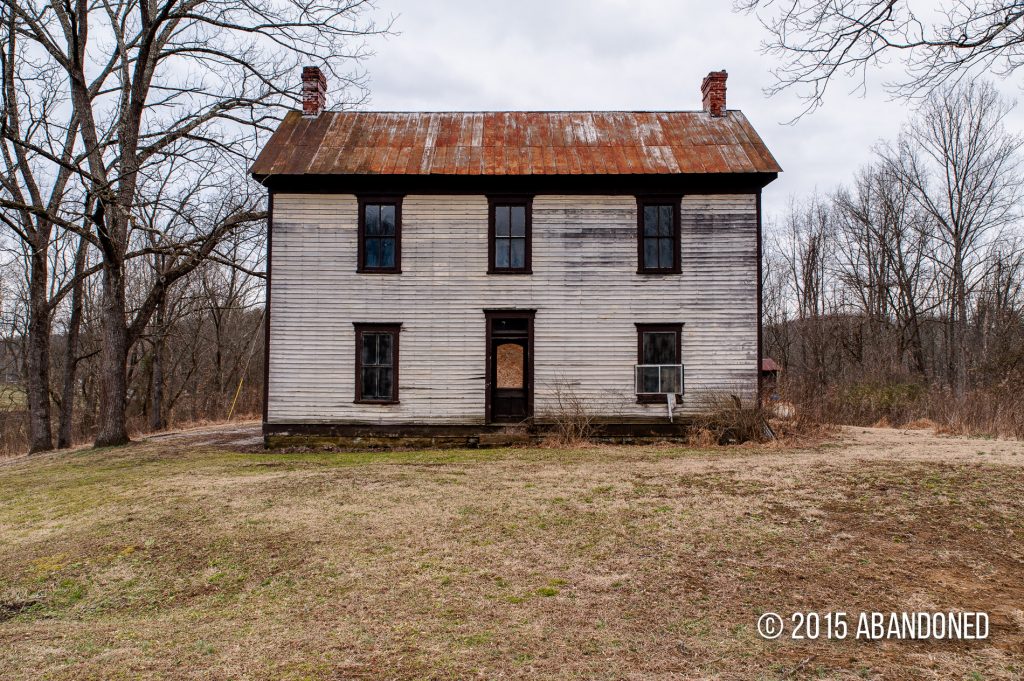 This part of Kentucky is like home, the terrain all too familiar. Hills, narrow valleys, small towns, and county stores was part of my childhood and revisiting this part of the state gave me excitement for what I could discover. And this forlorn residence in the distance, set among the trees atop a dirt driveway, didn’t resemble the newer houses and trailers adjoining it. It had wooden, narrow clapboard siding, a tin roof, and a long, linear rear porch. I parked my car and explored the grounds.

To the rear of the property were two abandoned buildings, one of which served as a kitchen and early slave quarters.

I heard the rustling of footsteps as I approached the two wayward buildings. An elderly gentleman soon appeared from the underbrush and gave a friendly wave. He introduced himself as a descendant of the David Snowden Jr. family who had built a log cabin on the site of the house in 1825. The cabin still existed, only covered with insulation and clapboard. Later additions were made to the cabin, including a two-story front, to accommodate their growing family.

The Snowden family lineage could be traced to 1759 when David Snowden was born in Perth Amboy, New Jersey. After migrating to Kentucky, David Snowden Jr., a descendent, constructed a log cabin along the river in 1825.

In April 1914, Dudley Bishop Snowden, who served as postmaster for the community, fitted a post office to the rear of the house that had been built as a log cabin.

It is believed that the residence has been not in use for about 15 years. It is in remarkably great condition, with some fresh paint on the trim, repairs to the clapboard and the boarding of some broken windows.