Elda is an abandoned mansion in New York that was constructed by David Abercrombie, founded in 1892 as an outfitter for the elite outdoorsman.

David Thomas Abercrombie was born in Baltimore, Maryland on June 6, 1867, and was a civil engineer and surveyor for various railroads, mapping routes through scarcely populated mountains and lowlands in the southeast United States. 1 After being dissatisfied with the outdoor equipment of the era, Abercrombie founded the Abercrombie Company on June 4, 1892, out of a small waterfront shop at 36 South Street in downtown Manhattan, New York. The manufacturing and retail business was dedicated to clothing and hunting, fishing, and camping equipment.

Ezra Fitch became one of the store’s regular customers, and in 1900, Fitch acquired a major share in the Abercrombie Company and joined as a co-founder. 1 2 The business moved to larger quarters at 314 Broadway, and in 1904, the company was renamed the Abercrombie & Fitch Company.

On September 6, 1916, Abercrombie was commissioned with the rank of Major in the Quartermaster Reserve Corps for the looming world war. 1 He sold his business and began his military career, where he trained reserve officers for active duty. Abercrombie was then called to active duty on July 30, 1917, where he was an officer in charge of the Packing Division of the New York Depot for the Army. He became in charge of thousands of civilian employees who produced 6,000 packages per day for the military.

After World War I concluded, Abercrombie resumed the David T. Abercrombie Company but had become semi-retired by the mid-1920s. 1 He and his wife, Lucy Abbott Cate, acquired 60 acres of land in rural Westchester County from the estate of Walter Law 5 and built their residence, Elda, between 1925 and 1927, and was first occupied in late January 1928. 1 The name Elda was an acronym from the first letter of the names of each of their four children, in birth order: Elizabeth, Lucy, David, and Abbott. 1 4

The English Cottage-style mansion was built of steel derived from Abercrombie’s father’s ironworks in Baltimore, with locally sourced granite and fieldstone applied to the facade to resemble an imposing castle. 1 5 Elda, built on a rocky plateau, included 25 rooms and quarters for the servants. The first floor featured an office, kitchen, dining room, butler’s pantry, two small bathrooms, and five bedrooms for the servants. The second floor included four family bedrooms, a sleeping porch, a small living room with a dumbwaiter, four guest rooms, and four bathrooms. The basement included a three-car garage and room for laundry machines and a boiler. The tower featured a Gun Room, where Abercrombie kept his collection of antique and hunting rifles stored and on display, and a set of iron steps to the top of the tower for views of the Hudson River and access to a 10,000-gallon water tank.

Also erected were three small residences, a bathhouse, a swimming pool, and a large pond. 5

Elda was host to numerous events and outings hosted by Abercrombie, often entertaining members of the Reserve Officers’ Association with an all-day outing involving swimming, target practice, and barbeque. 6

David Abercrombie died in 1937, 2 after which time Lucy moved in with her daughter, Elizabeth, in New Jersey. 1 Elda remained unoccupied for several years the acreage was divided into 20 one-acre homesites in 1940. 7 Three model homes, designed by Morris & O’Connor-Harvey Stevenson, were nearing completion in October.

In 1964, James Harrick purchased Elda for $15,000 and began to renovate the dilapidated mansion. 1 The project was never finished, owing to the expensive nature of the project. After Harrick died in 1998, 3 Elda was sold to the Half Moon Foundation of the Humanist Society for $1.510 million in 2001. 5 The firm attempted to rent out the mansion as a conference and retreat center, but it was not a financial success. In 2011, Half Moon was sold to the Morgan Immovable Trust for $3.75 million but the residence was abandoned. 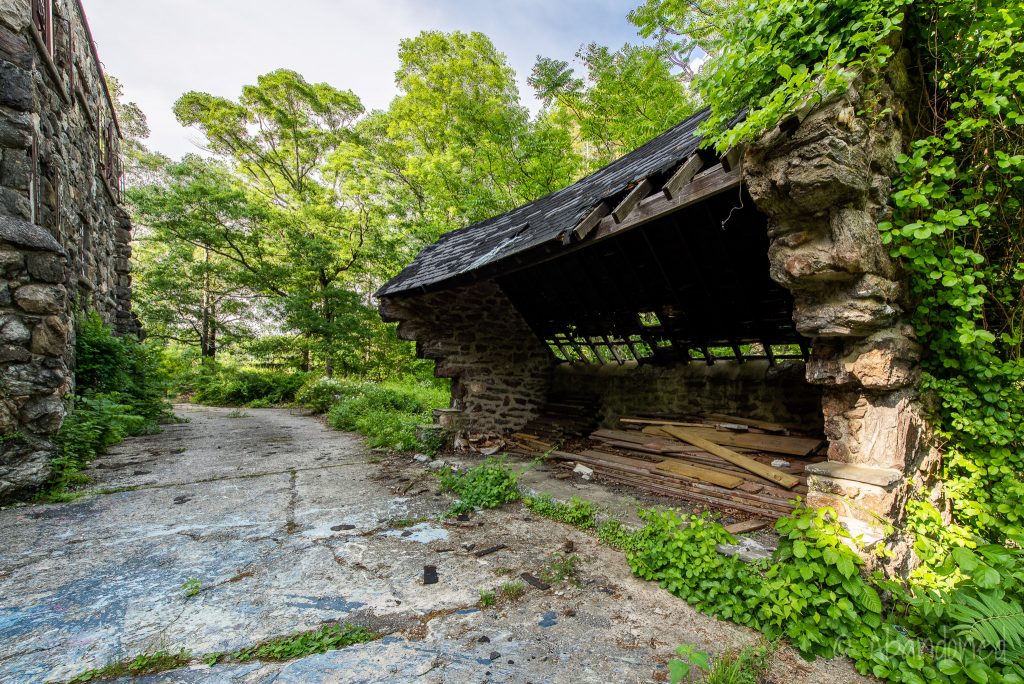 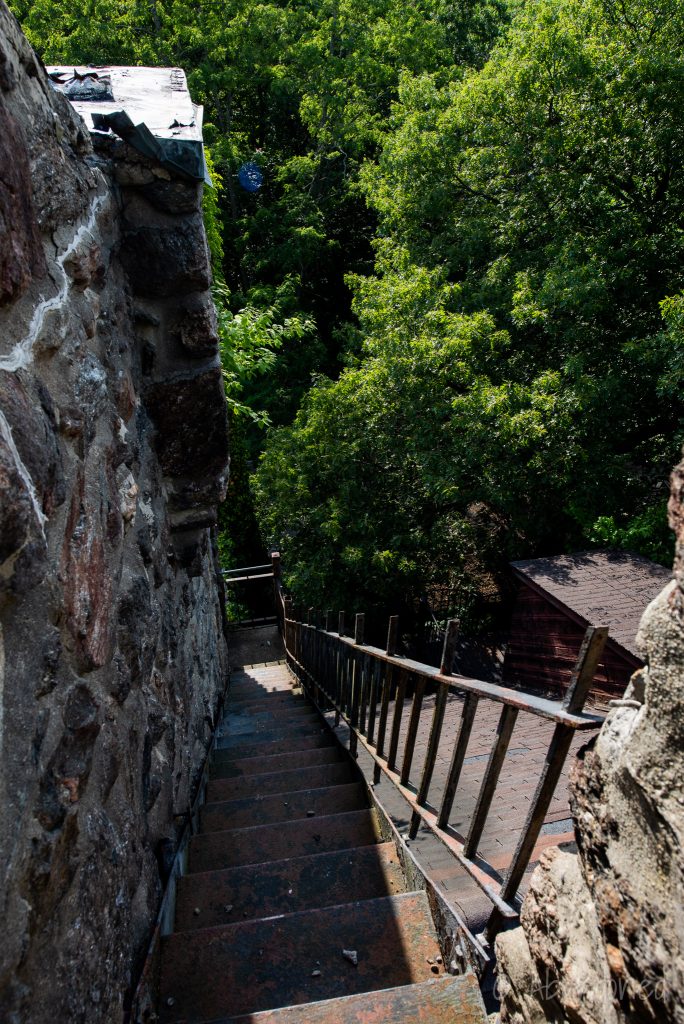 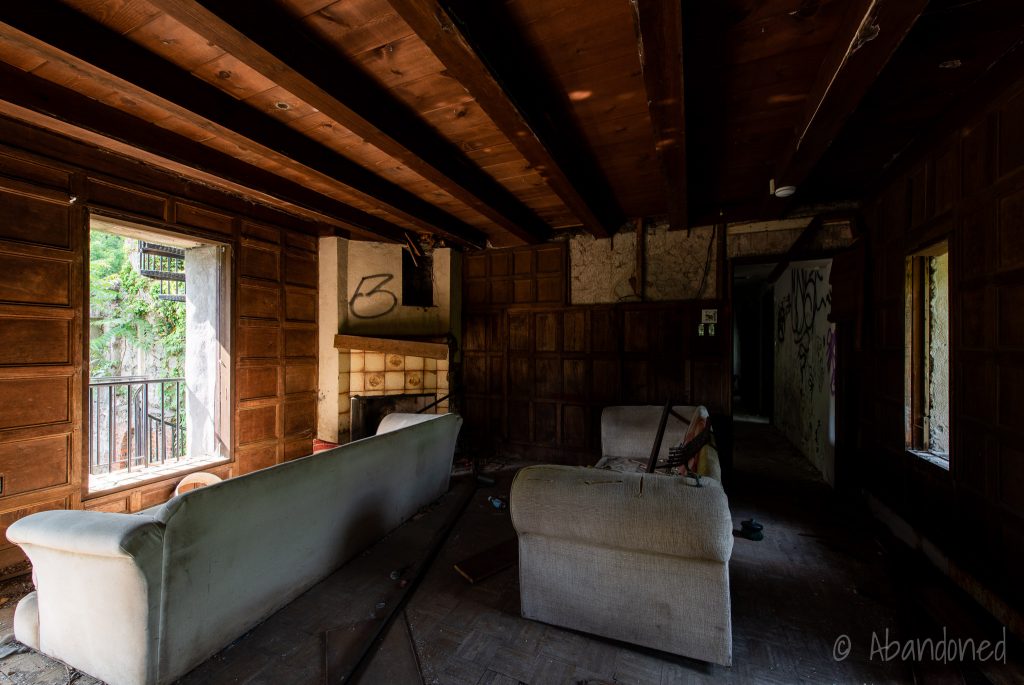 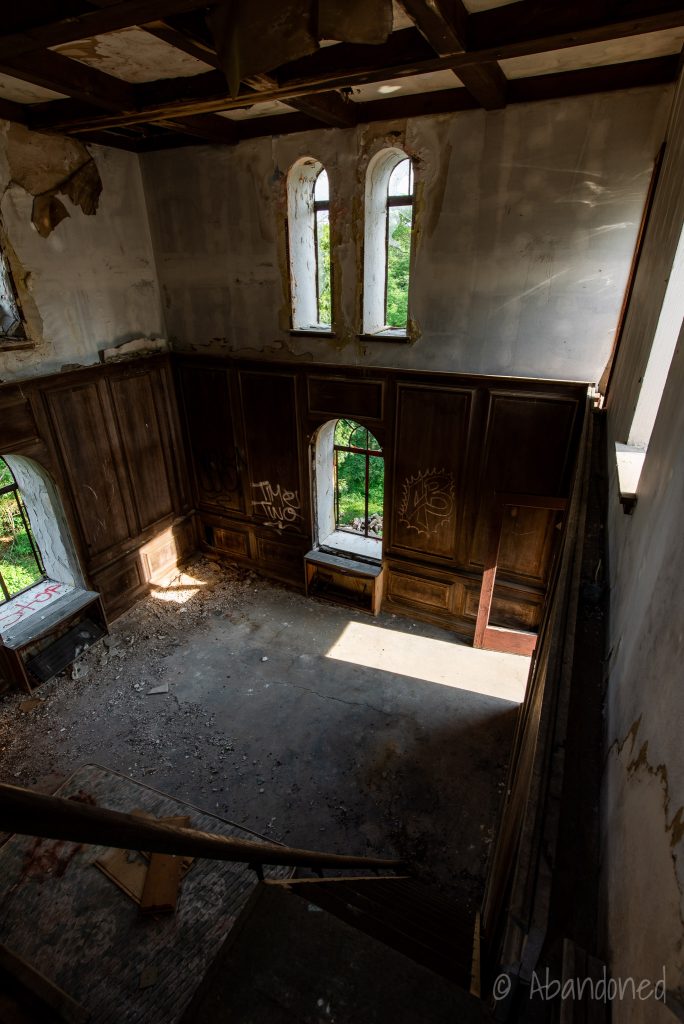 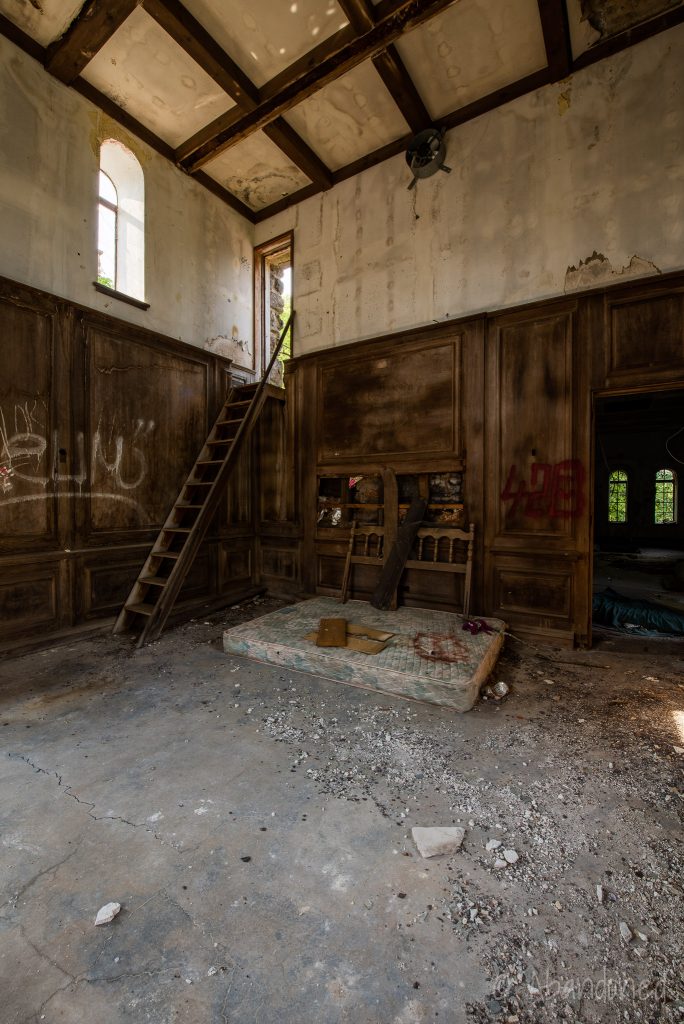 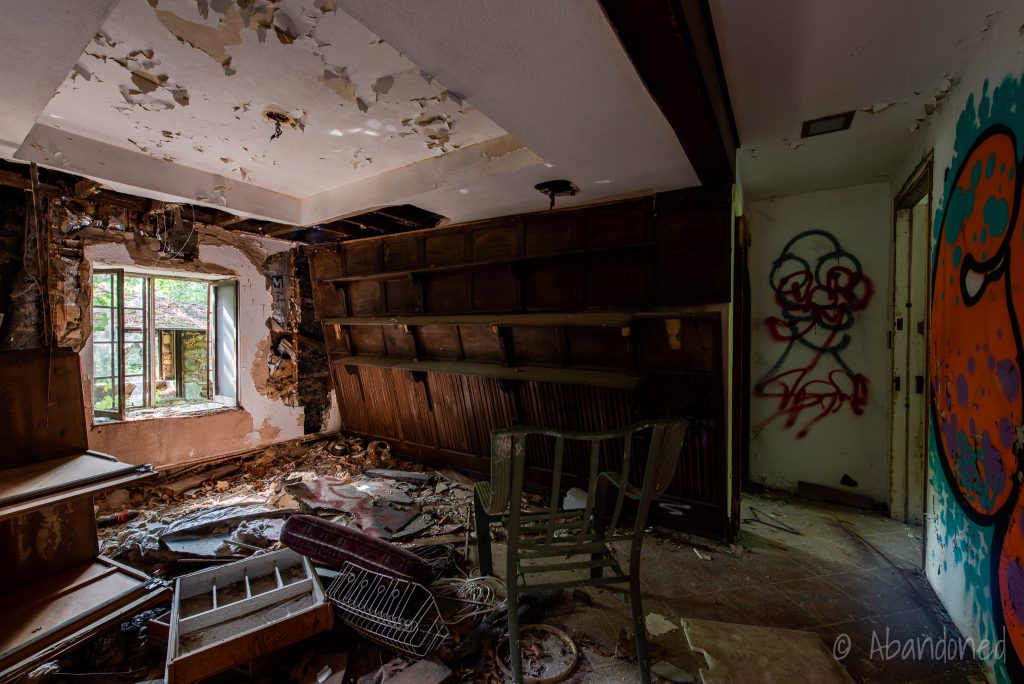 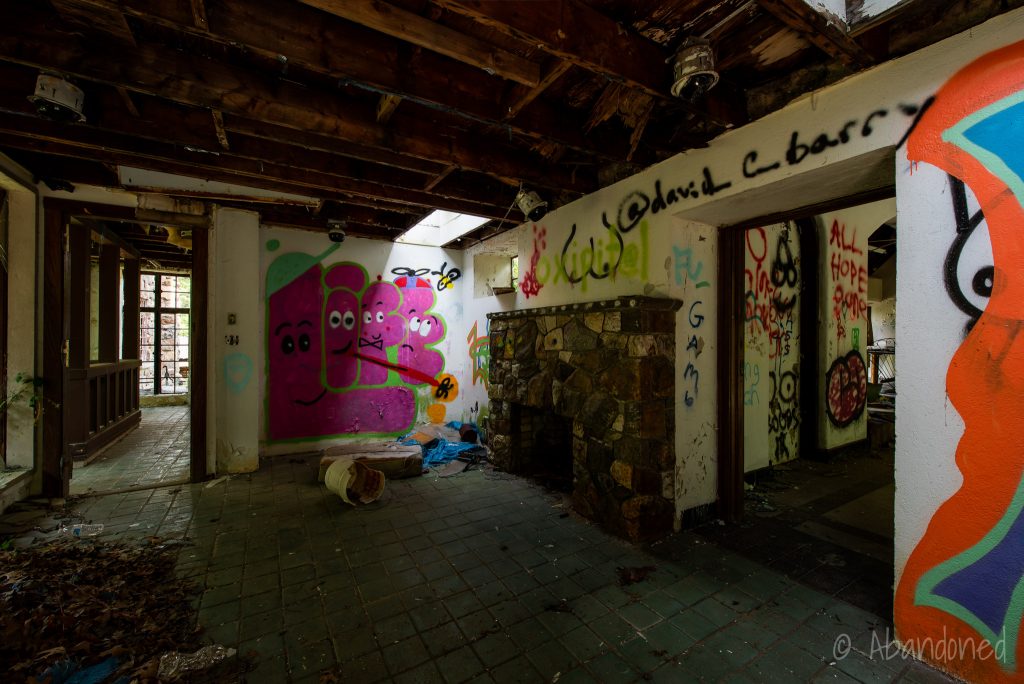 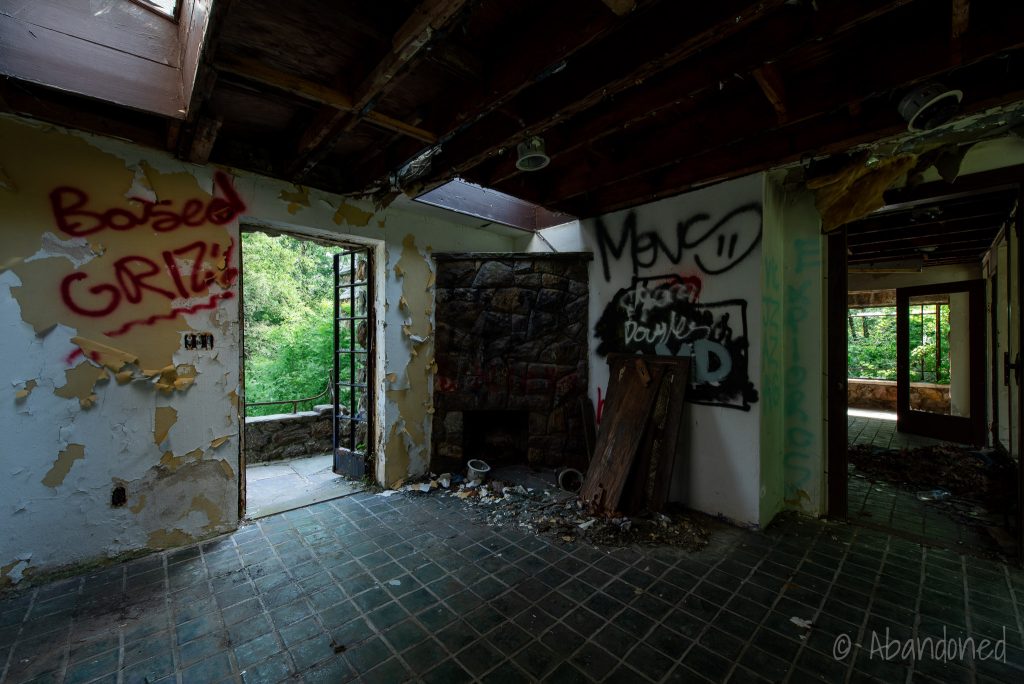 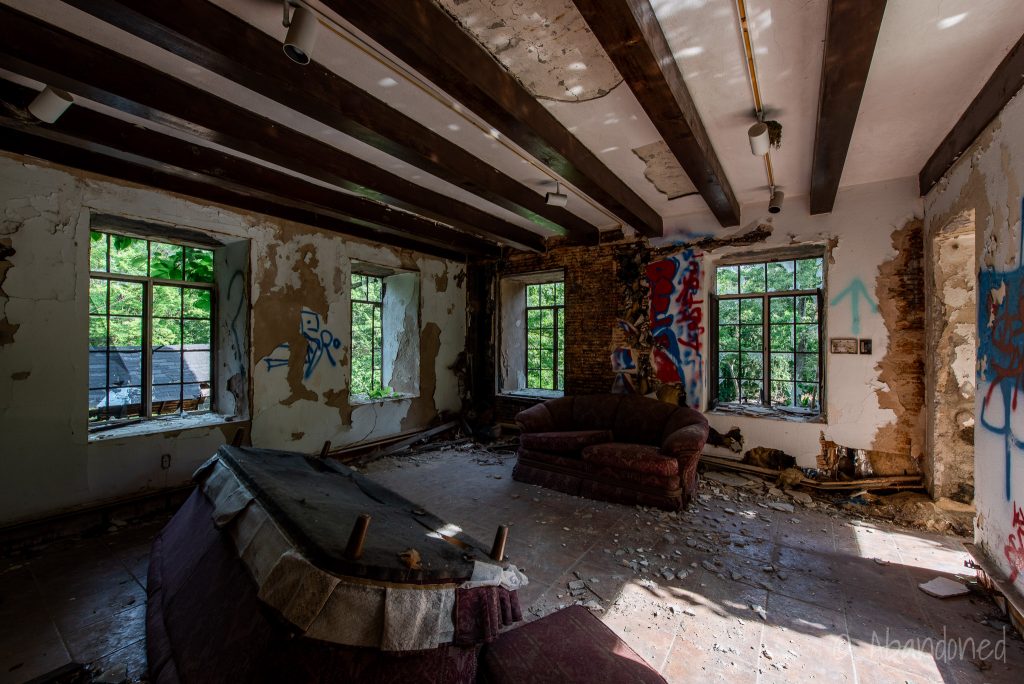 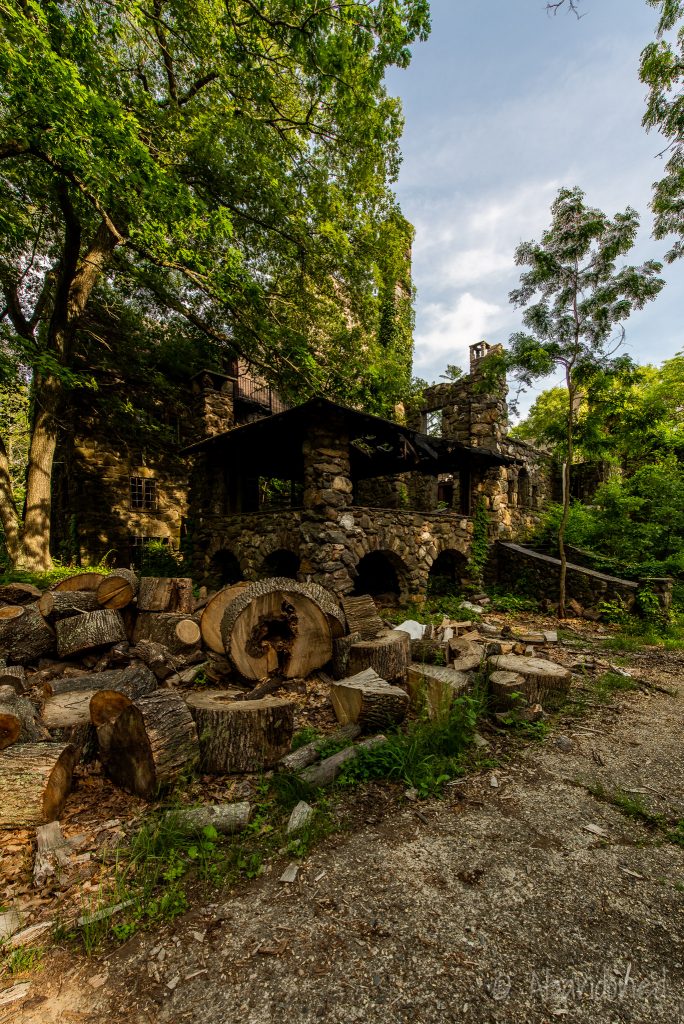 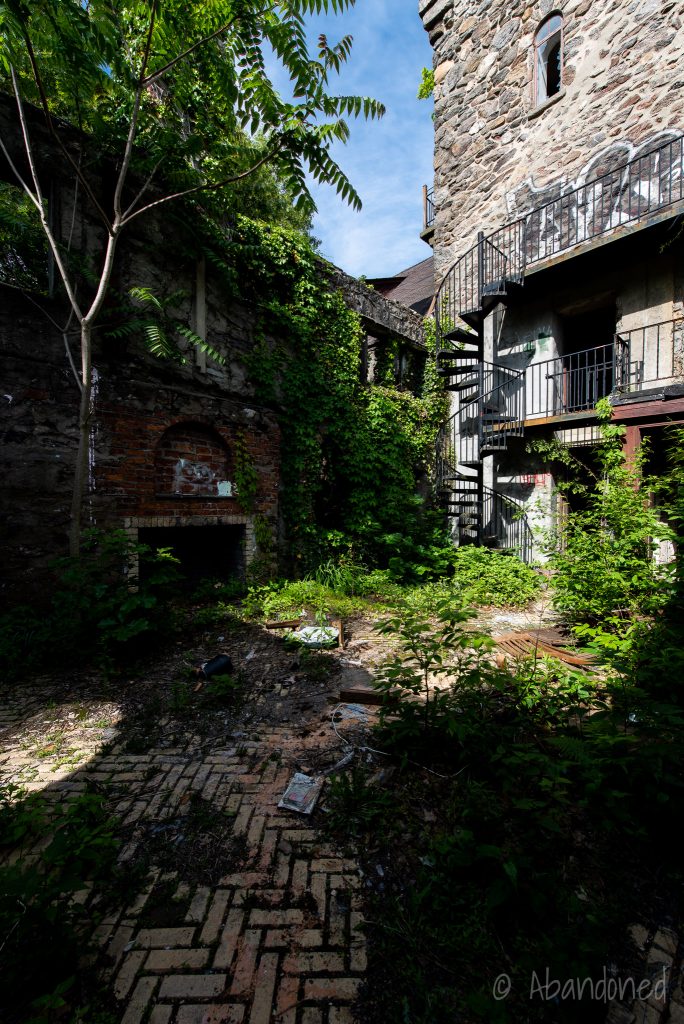 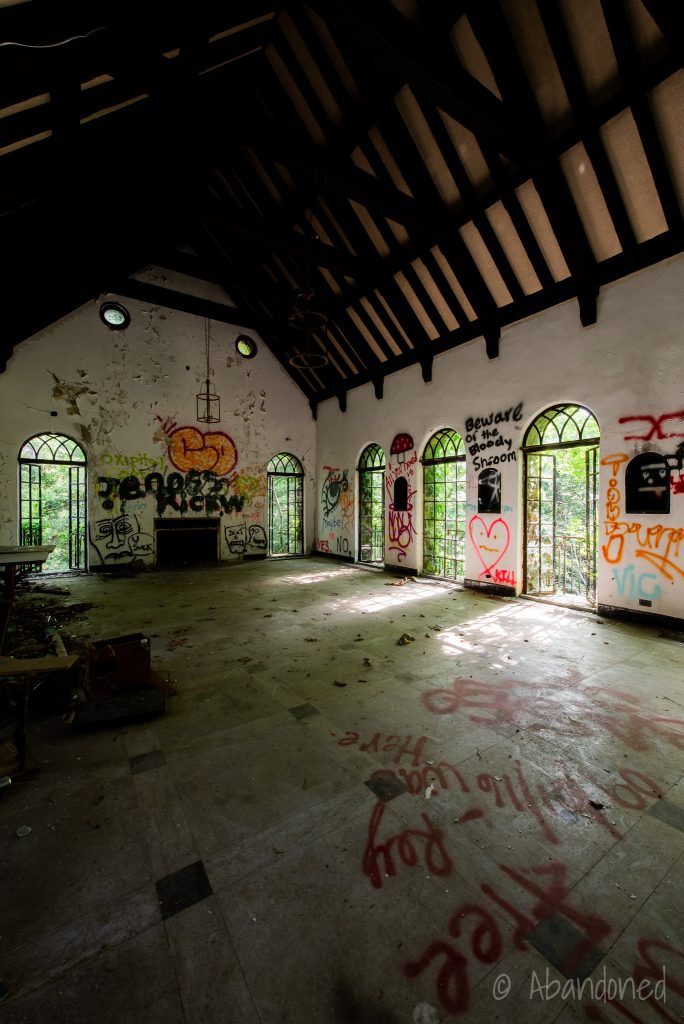