Itmann is a coal camp developed by the Pocahontas Fuel Company in Wyoming County, West Virginia.

Several businessmen from Philadelphia established the Flat Top Land Association to manage land holdings, the Southwest Virginia Improvement Company to develop mining operations, and the Norfolk & Western Railway (N&W) to transport coal out of the coalfield. 8 The Flat Top Land Association leased land in the area to independent miners, including Jenkin Jones who began leasing from Flat Top in 1885. In 1907, he established the Pocahontas Consolidated Collieries Company (later Pocahontas Fuel Company) by merging numerous mining entities together.

In 1901, J.P. Morgan of U.S. Steel acquired the Flat Top Land Company and reorganized it into the Pocahontas Coal & Coke Company, and the Southwest Virginia Improvement Company became the Pocahontas Fuel Company. 8

Coal demand soared during the First World War when the combustible rock was necessary to burn in power plants, in coking ovens for steelmaking, and in boilers on warships. 5 In 1916, with demand spiking, the Pocahontas Fuel Company acquired a lease to over 1,000 acres of land along the Guyandotte River, and a drift mouth mine a short distance from the mouth of Barkers Creek in the Pocahontas coalfield opened in 1918. 5 9 The Virginian was extended 2.45 miles on the opposite side of the river to haul coal from the facility. 9

The coal was highly sought because it contained low amounts of sulfur and hydrocarbons and left behind less ash than most other coals. 7 It was especially prized by the U.S. Navy because it could produce high temperatures while emitting little to no visible smoke, making its ships harder to detect while on the open sea.

The company also developed the coal camp of Itmann that was named in honor of the company’s president I.T. Mann. 1 9 Pre-cut frame houses were hastily shipped from along the Virginian Railway and erected, followed by two company stores, a theater, and two schools for white and African-American children.

In the early 1920s, a more permanent brick building replaced school for white children which were followed by the erection of a more substantial building for the company store and offices. 1 Between 1923-25, stone was hand cut from a cliff across the river, hauled down the hill and across the Guyandotte River, and lifted into place by dozens of workers. The new office building featured offices for the coal company, a post office, a poolroom, a barbershop, and a doctor’s office while the store sold everything from food and clothing to furnishings and burial caskets. 1 5

In 1921, an overhead bridge was constructed across the Guyandotte River and valley to connect the c. 1918 mine on the south side of the valley with additional underground coal holdings on the north side. 5 The bridge was never utilized as the Itmann mine ended up closing in 1928 as it was not a profitable venture. 4 5 The coal was considered too dirty for use in coking and power plants and handwashing was too labor-intensive and costly. 4 5

After the mine closed, railroad workers of the Virginian Railway moved into the 216 company-owned houses, although other company-owned or managed amenities were closed. 1 5 The basement of the company store was reused as a church for Sunday services. 5

Advancements in cleaning dirty coal, improved mechanized mining methods, and high demand for “smokeless” coal—especially by the U.S. Navy—informed Pocahontas Fuel’s decision to reopen the Itmann mine in 1949. 5 7 In May, the company informed people living in the company-owned houses to leave as it needed to renovate the properties for their workers in preparation for the mine’s reopening. Work soon began on six new residences across from the company offices and store for mine officials, and renovations soon began on the company store that included new showcases, meat counters, deep freezers, vegetable bins, and check-out counters.

The development of the new $10 million mine began in December. 4 5 It differed from the original mine a decade prior in that it would use all mechanical mining equipment in conjunction with all-sized preparation processes. 5 A new preparation plant was erected nearby that consisted of a head house, a wet-washing plant, and a five-story dry-cleaning plant. The dry cleaning plant, built by the Robers & Schaefer Company, consisted of ten cleaning tables capable of handling 380 tons of coal per day.

In 1991, DuPont Energy and RWE A.G. acquired the Consolidation Coal Company to form CONSOL Energy. 8 CONSOL has proposed reopening the Itmann mine by 2021 which would have a production of 2.5 million tons of coal per year. 6 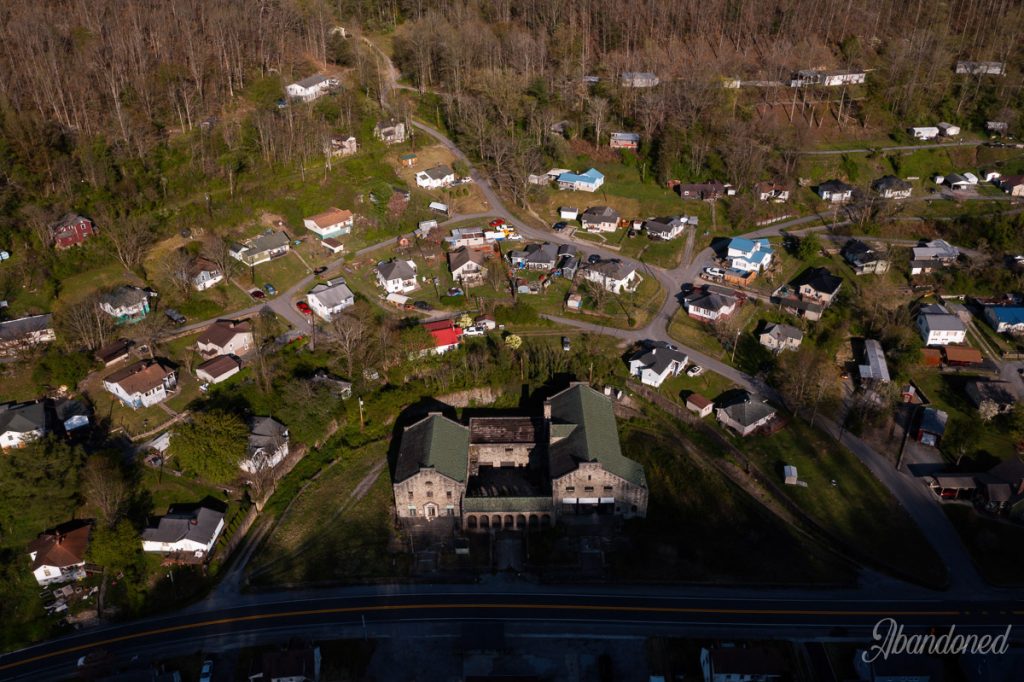 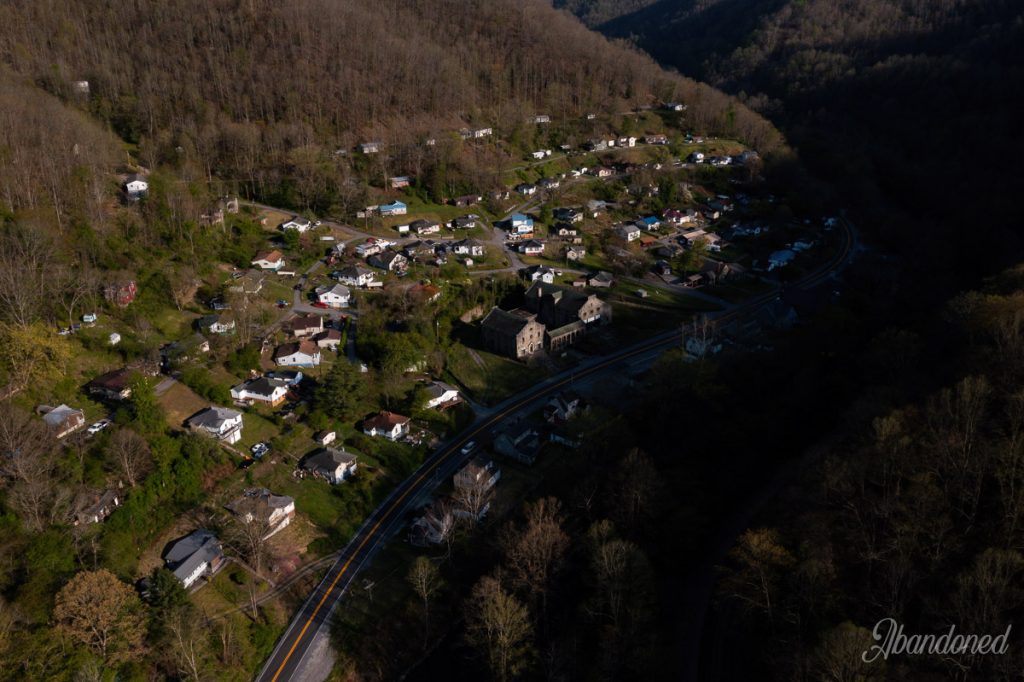 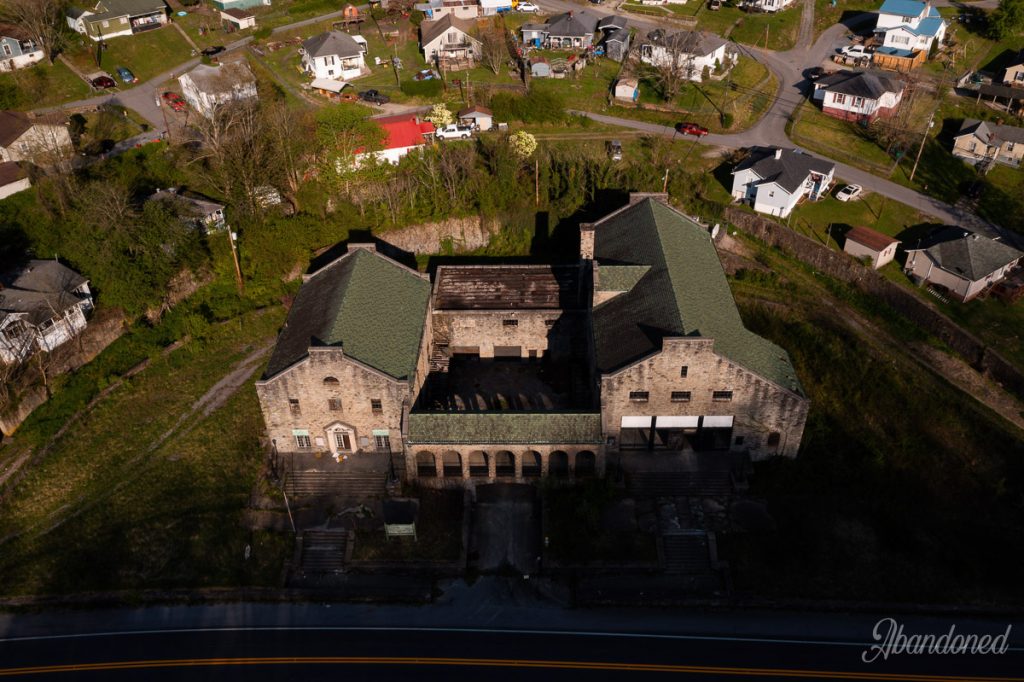