The Gary school system had initially envisioned a “plant” educational plan, whereby all grades and departments of a school were housed in one large building. 10 Those plans shifted in February 1922 when it was decided to switch to the “institutional” plan, whereby the various departments of a school were quartered in separate buildings surrounded by a central administrative structure.

The first of the “institutional” schools were to be built at Ambridge, Tollerston Park, 45th and Madison, and 19th and Georgia. 10 The “plan” schools, such as Emerson and Froebel, would become high schools. Each of the new campuses was to include an administration building, mechanical training workshops and classrooms, a boy’s gymnasium and swimming pool, a girl’s gymnasium and swimming pool, study and recitation rooms, and a power and heating plant.

The 45th Avenue School (later, the “East Wing”) opened in 1921 at the cost of $60,000, 10 and was named Lew Wallace High School after Lew Wallace in 1927. Wallace was a native to Indiana who had served as a United States general during the American Civil War, as governor of the New Mexico Territory, as the Ambassador to the Ottoman Empire, and as the author of Ben Hur.

With Gary bristling with newcomers to work at the United States Steel mill, the school quickly became overcrowded and portable classrooms had to be erected soon. Only grades 9 and ten could be offered because of insufficient space. 7

To alleviate the concerns, the “West Wing” was planned to provide additional classrooms. The original design mirrored the 45th Avenue School layout to provide symmetry but was altered to provide room for an auditorium and gymnasium. 5 Contracts for the “West Wing” were let on October 31, 1930, with work wrapping up in mid-1931. 9

The cornerstone for the center of Lew Wallace was laid on March 30, 1931, 6 with the new addition opening in September at the cost of $500,000. 7 It bridged the original “East Wing” to the “West Wing.” 5 The “West Wing” was used for traditional academics while the “East Wing” was used for industrial arts and vocational education. With the increased space, grades 11 and 12 were added to Lew Wallace.

An addition to the school was finished in 1952 followed by the construction of the Richard Polk Gymnasium in 1972. 5

Lew Wallace was one of the most prominent schools in the district with 2,400 students at its peak in the mid-1970s. Racial tensions, the bussing of students to integrate the area schools, and Gary’s plummeting population led to a sharp decline in the number of students at Lew Wallace. In 2013, the school was renamed the Lew Wallace Science Technology Engineering Mathematics (STEM) Academy. 1

It was debated that Lew Wallace either be closed or converted into a middle school for students in grades 7 through 9, with a separate wing for a freshman academy. 11 On June 3, 2014, the Gary School Board voted 4-2 to completely close Lew Wallace, along with five other schools. 2 The building had $2.8 million of deferred maintenance 3 and had failed academic ratings for six years. 4

In December 2014, Rock Church offered to acquire Lew Wallace for $100,000. 4 The organization wanted to transform the building into a community center, but the negotiations fell apart after the building was looted of its contents during an uncontrolled auction by the school district. 5 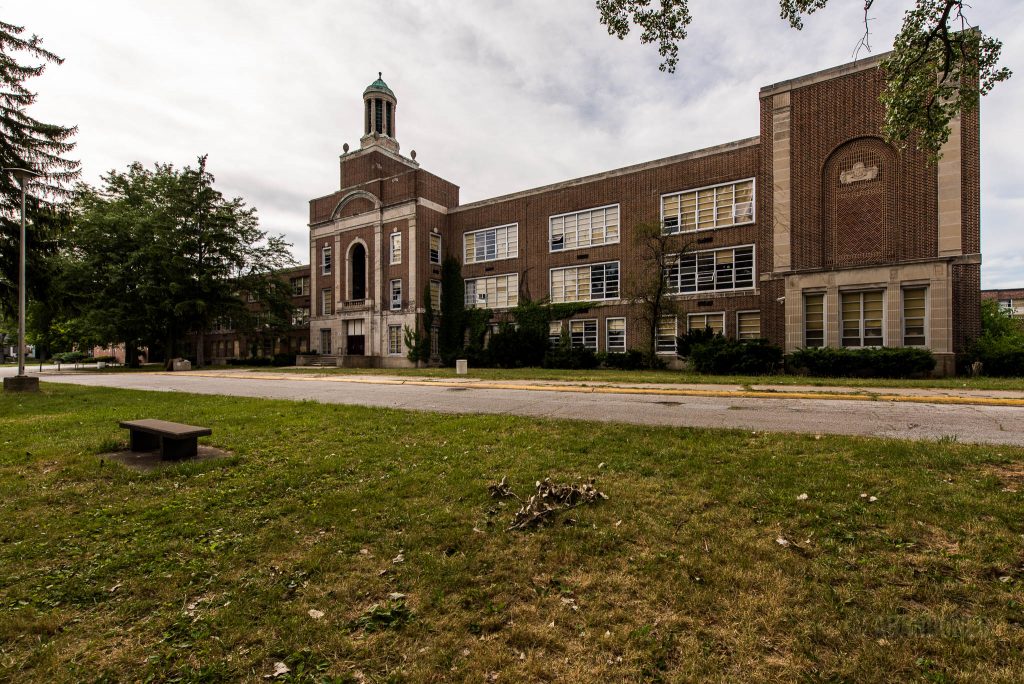 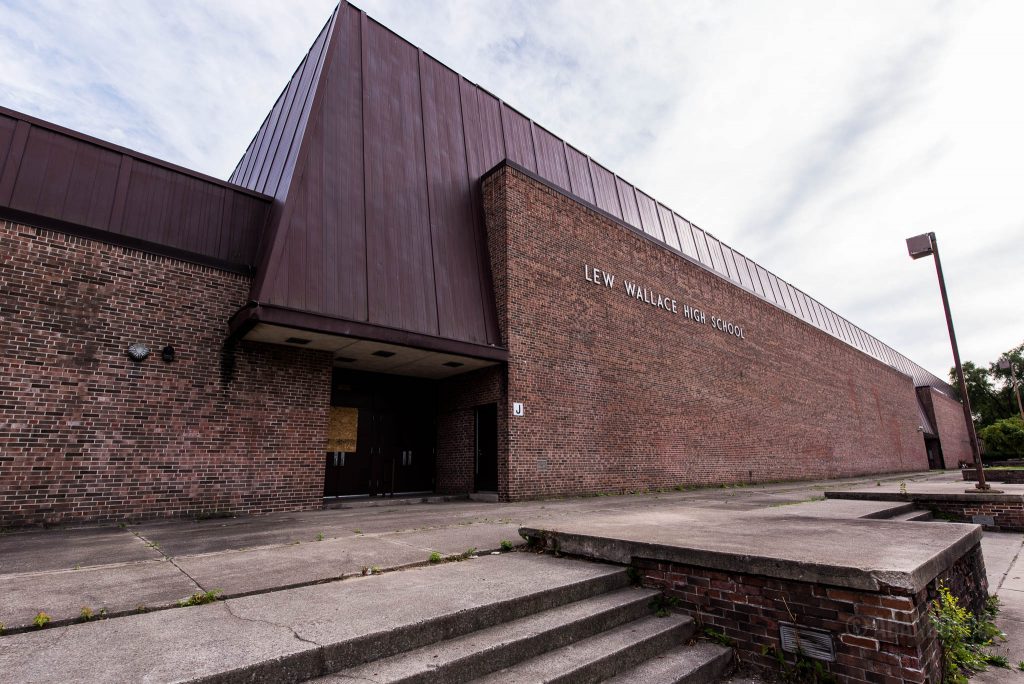 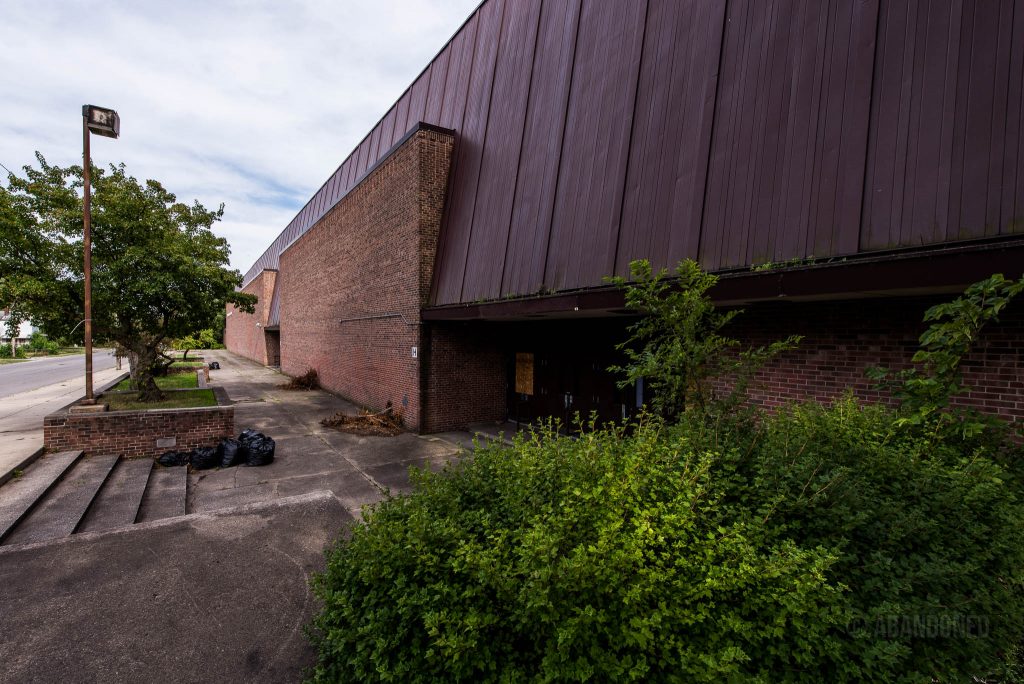 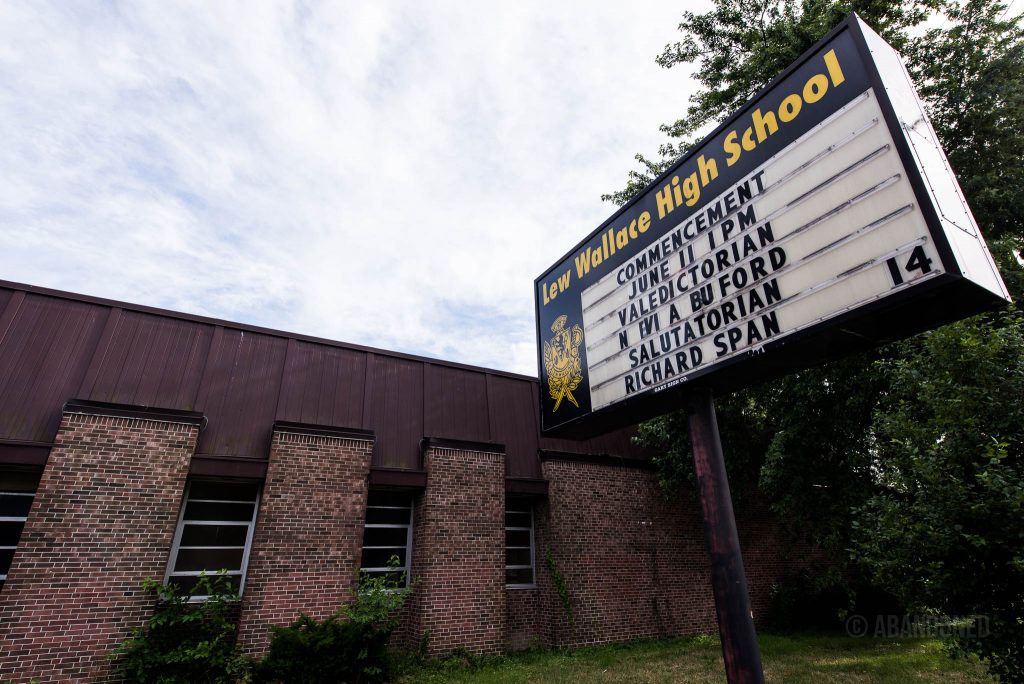 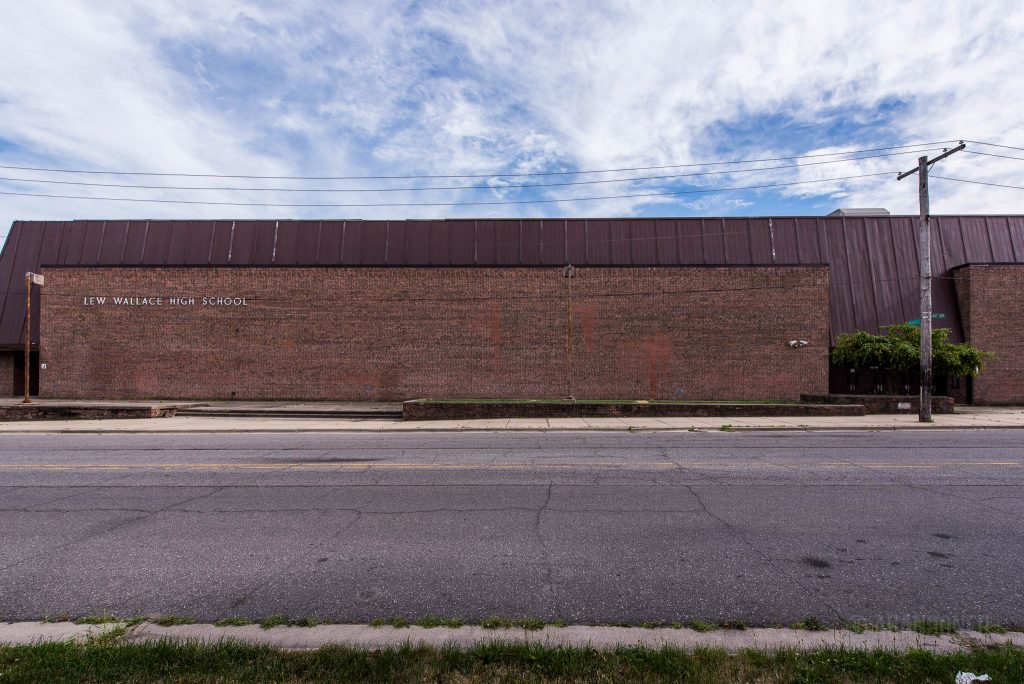 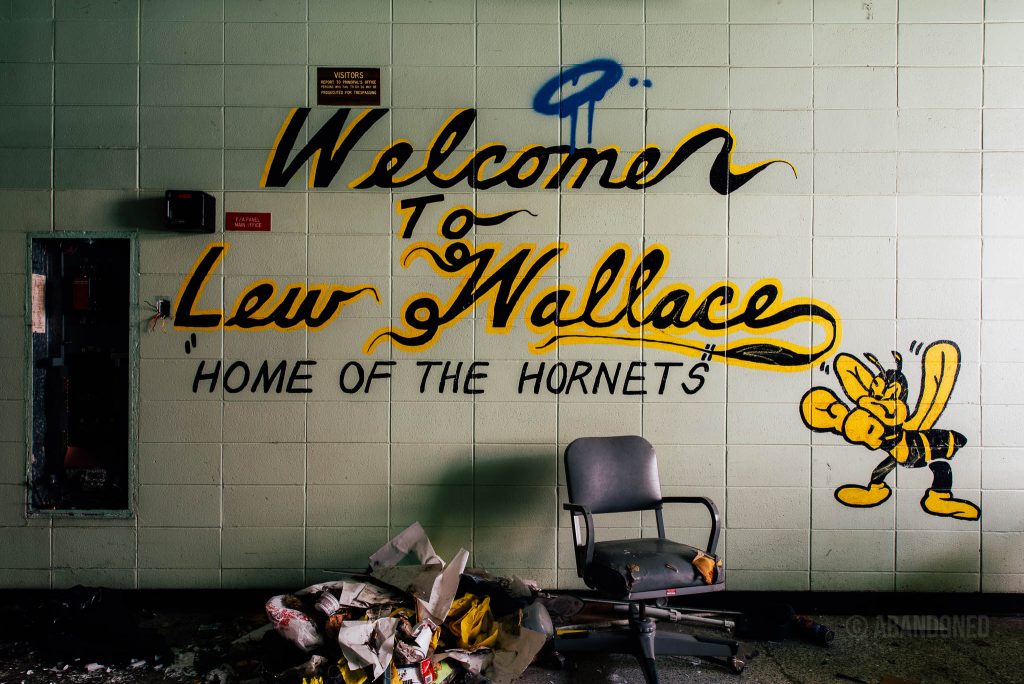 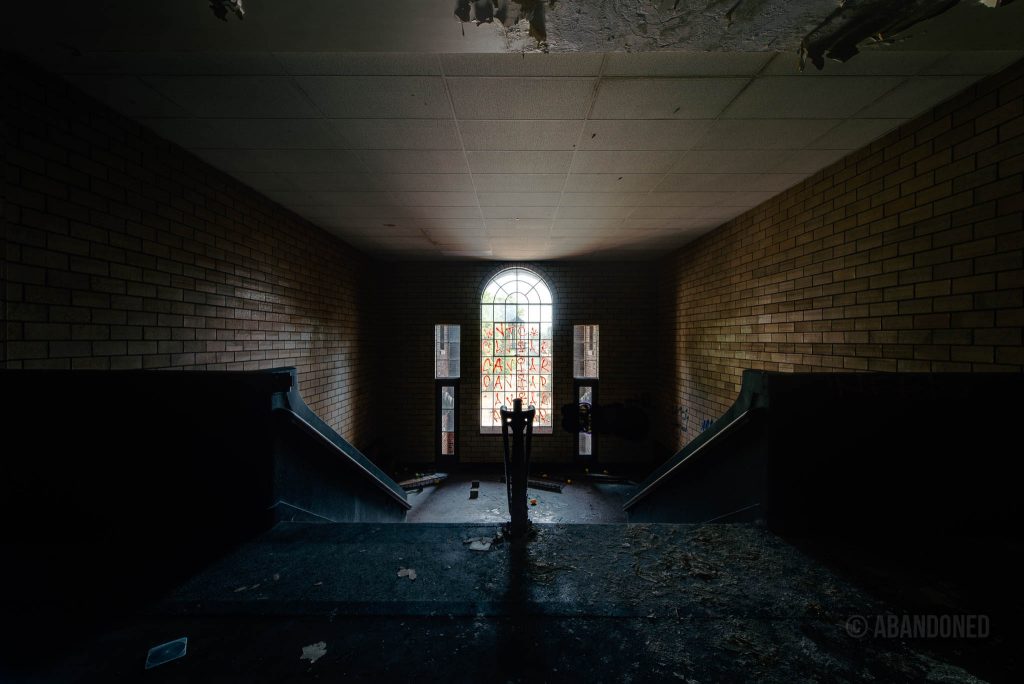 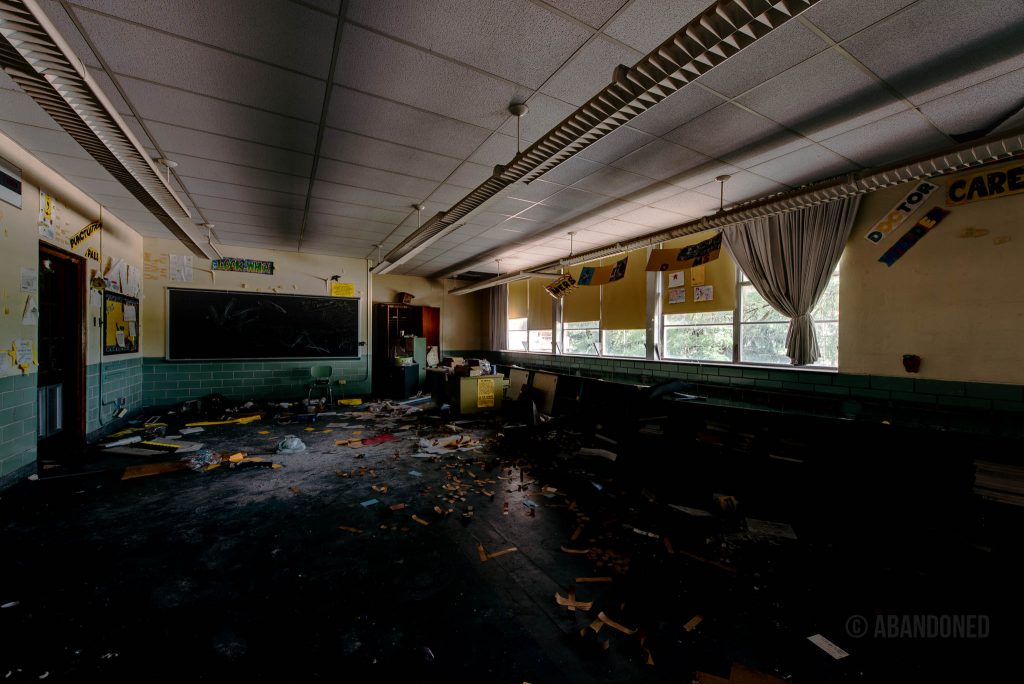 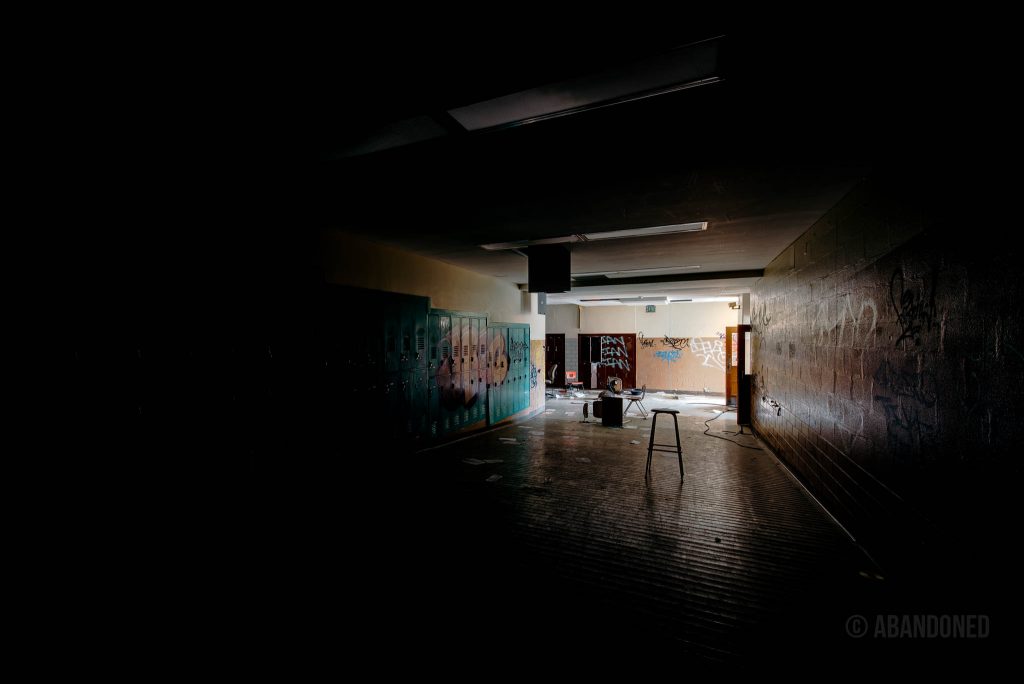 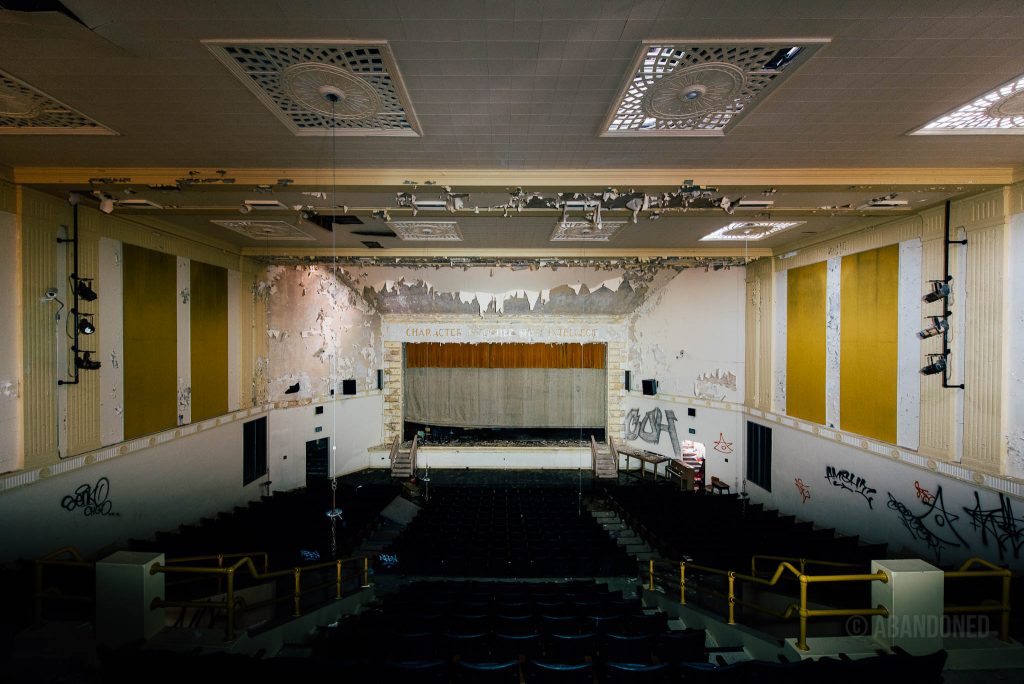 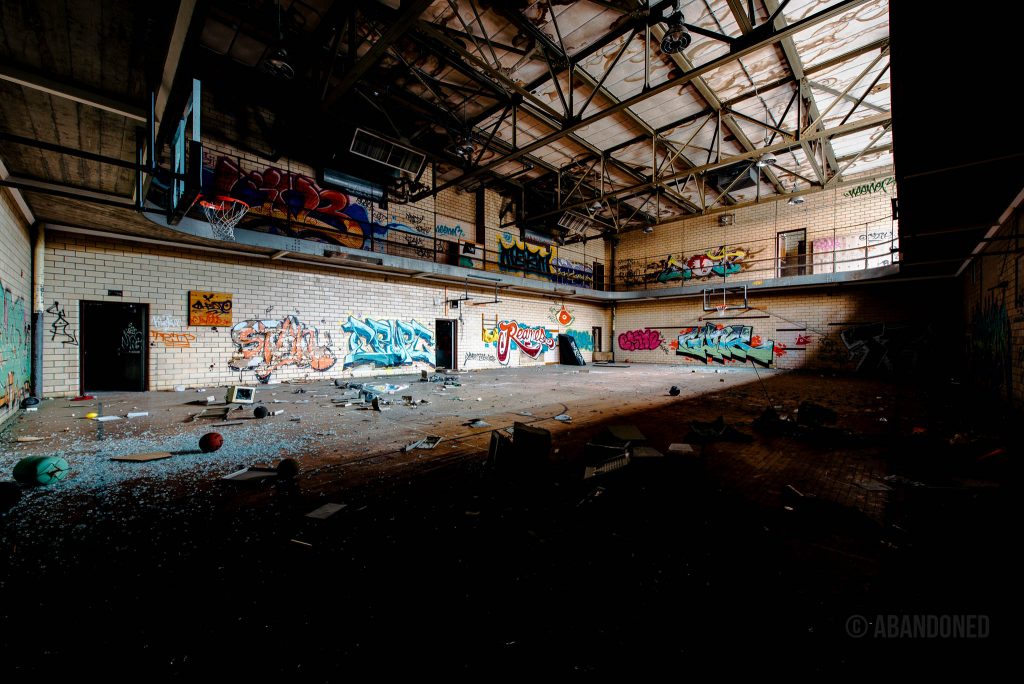 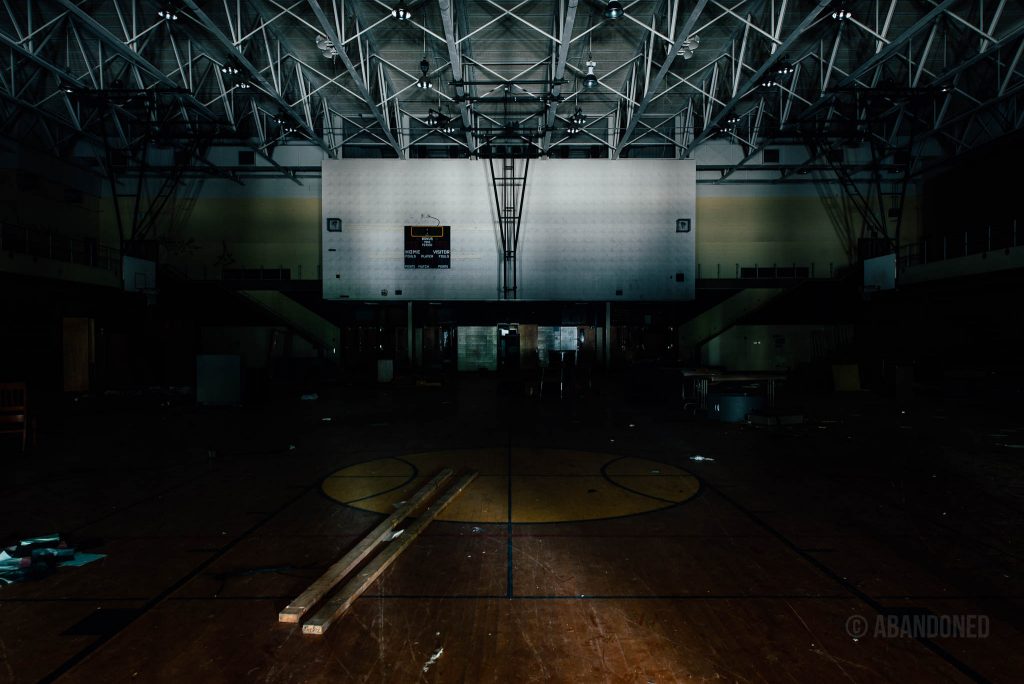