Mollohan Mill is a historic grist mill along the Holly River in Webster County, West Virginia.

Mollohan Mill was constructed in 1894 by Bernard Mollohan and began operating on November 23. 1 It was built on the site of two prior mills that were built prior to the Civil War and were destroyed in a flood in April 1861.

Mollohan was a notable individual in the region and was elected the first surveyor for the newly formed Webster County on May 24, 1860, having headed up the surveying team that established the boundaries for the new county. 1 In 1866, Mollohan was chosen by the Webster County Commission to build the county’s first courthouse for a fee of $1,700. The two-story frame building remained in use until it was destroyed by a fire in 1888.

The only modification to Mollohan Mill was the replacement of the wood shingle roof with a metal roof in 1912. 1 It operated until 1953 when a flood destroyed its log crib dam and washed away one of its two water wheels. The forebay, which regulated the water flor to the water wheels and which consisted of square logs pinned to solid rock, remained intact.

Mollohan Mill was listed on the National Register of Historic Places in 1982. 1 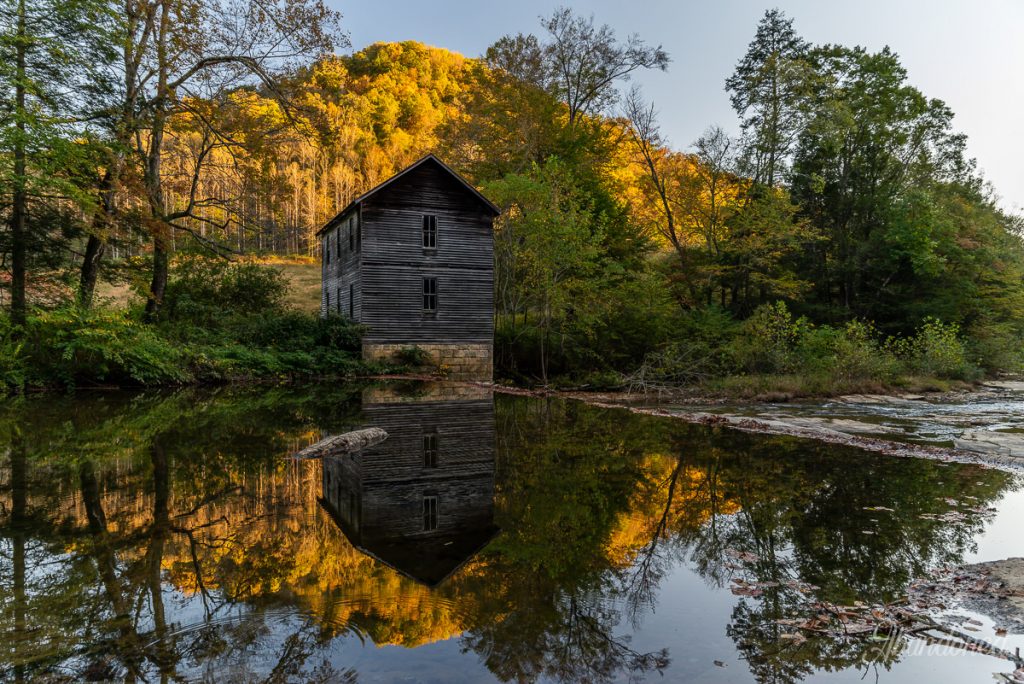 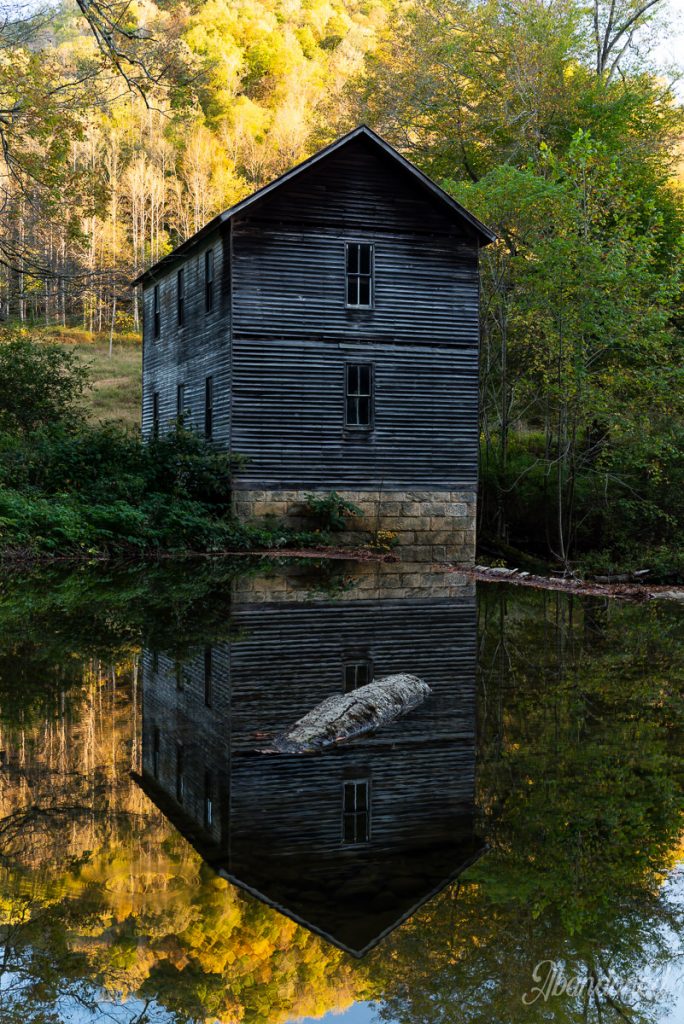 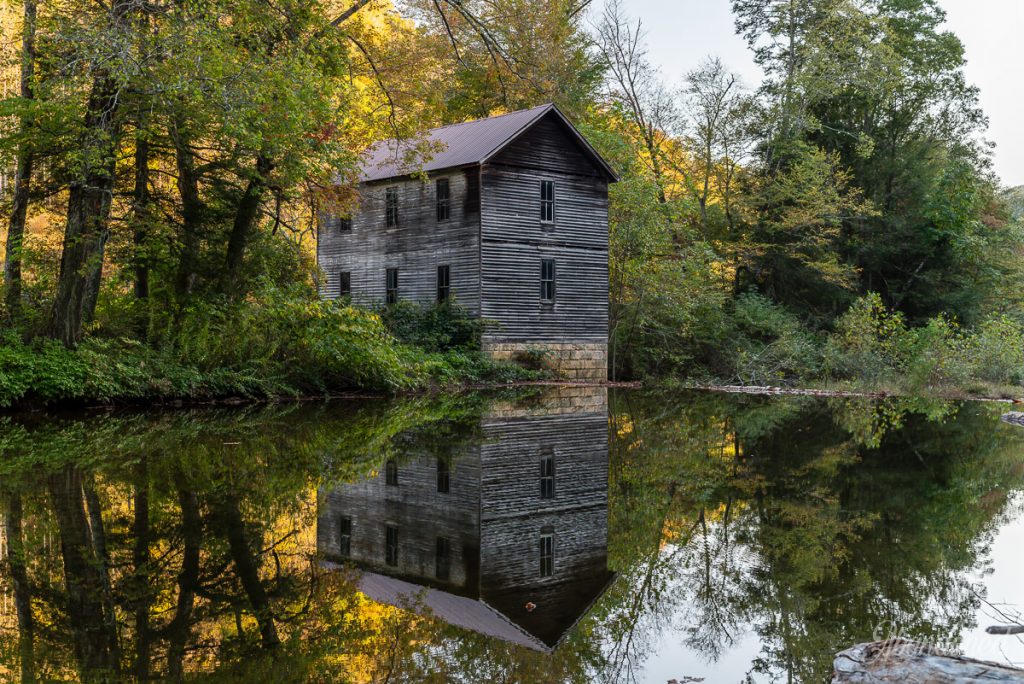 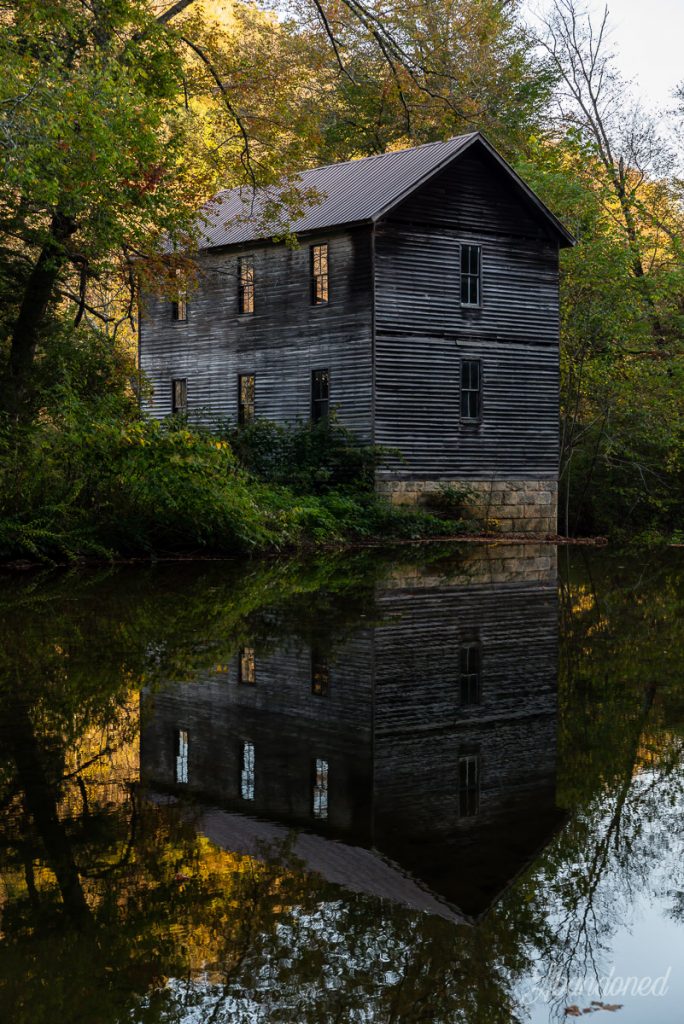 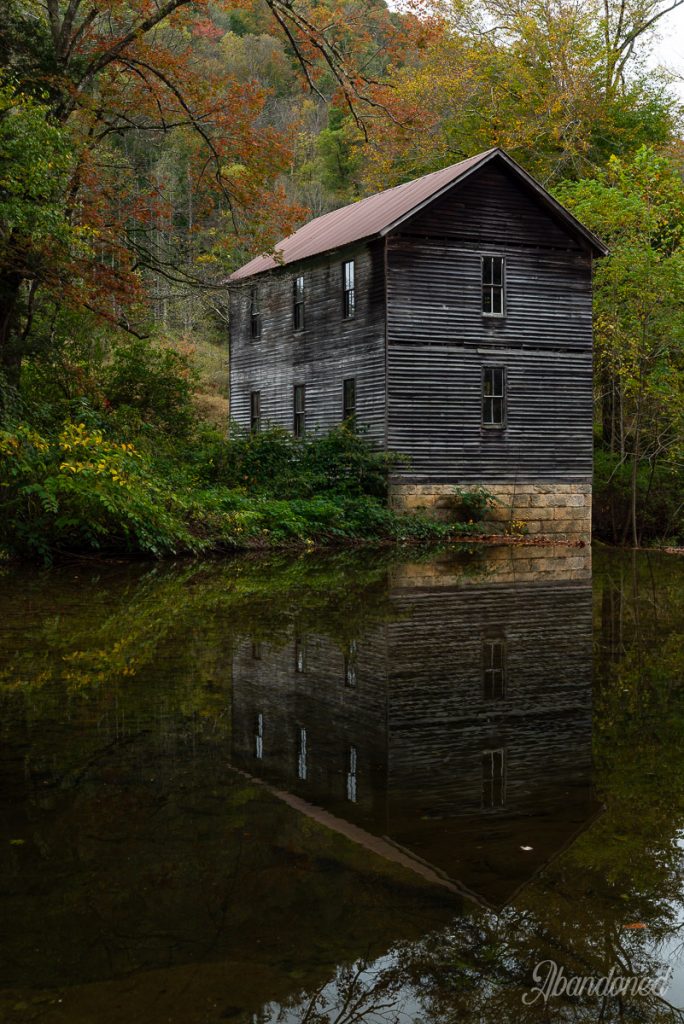 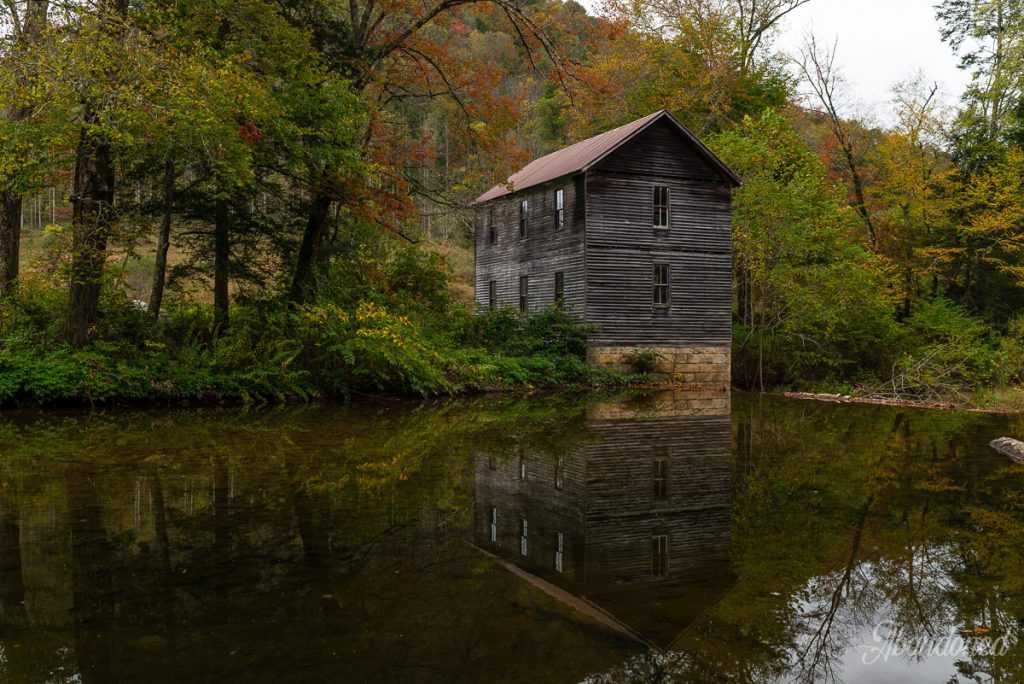