Monsour Medical Center is a now-demolished hospital in Jeannette, Pennsylvania. Monsour was founded in 1952 by Howard, Roy, Robert and William Monsour as a roadside clinic in “Senator Brown’s Mansion” but was beset by years of controversy.

In 1952, Howard, Roy, Robert, and William Monsour founded a roadside clinic in “Senator Brown’s Mansion” on the outskirts of Jeannette. 1 The six-bed operation, 6 had expanded to 100 beds by 1958. In 1968, a coronary care unit was added, 1 followed by a medical tower in the early 1970s that was to be part of a two-tower complex. 6

In an effort to broaden the Monsour brand, the Monsour Academy of Medicine was established in 1971 to recruit distinguished speakers on related medical topics. 1 In 1975, the Monsour brothers transferred ownership to the Monsour Medical Foundation. 1

Monsour Medical Center filed for bankruptcy protection in 1980 and emerged from bankruptcy in 1988. A 1989 reorganization plan called for a $19 million bond issue to resolve an outstanding debt to resolve issues regarding the construction of an adjoining $2 million medical arts building. 1 The hospital filed for bankruptcy again in 1991. 1 Howard Monsour purchased the circa 1989 bond payments for a discounted price of $3 million in 1992 but failed to make the required monthly payments. 3 The hospital was transferred from a court-appointed trustee to a new board of directors in 1993.

Monsour Medical Center sought bankruptcy protection for a third time in March 2001, listing $1 million in liabilities; it was also behind $250,000 in state taxes. 6 13 The hospital had diverted money for taxes to cover basic operating expenses. After a settlement plan was approved, Monsour emerged from bankruptcy on November 21, 2003. CEO Richard Adams proposed to rename Monsour to the Doctors Hospital of Westmoreland County to shed the hospital’s shaky reputation, renovations, new equipment, and new doctors. 9 Adams resigned in January 2004 after the hospital refused to carry out any of his recommendations.

Shortly after, the Pennsylvania Department of Health revoked the hospital’s two-year operating license due to failure to comply with regulations, and it was issued the first of four six-month provisional licenses on the contingency that its regulatory policies would eventually improve. 1 A pain clinic at Monsour temporarily closed on July 11 after under suspicious circumstances 8 when two of its doctors were fired. The hospital learned the duo had planned on starting a competing pain management clinic.

Monsour filed for bankruptcy for the fourth and final time on October 14 as the weak financial stability of the hospital had deteriorated in recent months due to the temporary loss of the pain clinic. 11 It listed debts of $40 million. In February 2005, 9 Monsour announced plans to form a new cardiology and geriatric medicine program in a bid to increase revenues. 5

A federal bankruptcy judge dismissed the bankruptcy case against Monsour in March after the hospital was notified that it was receiving $2.5 million in financing from an unidentified investor. 14 But shortly after, Highmark Blue Cross Blue Shield noted that it would no longer pay for non-emergency care at the hospital due to ongoing financial issues. 1

In a November 28 memo to physicians, the hospital proposed to sell part or all of the hospital to physicians in exchange for 50% ownership. 7 For $24,000, the doctors could own a stake in the $7 million transformation of Monsour into a specialty surgical facility. Physicians would be able to use five of the tower’s seven floors to set up surgical practices in neurology, orthopedics, podiatry, plastic surgery, cardiology, and general surgery. The reimagined facility would have five operating rooms with a capacity of 45 surgeries per day, 20 short-stay inpatient beds, an imaging center, and a laboratory, and would generate $13 million in profits in the first year.

The pain clinic closed on December 15 after two Pennsylvania Health Department inspections found a large number of violations in regards to patient safety, confidentiality, and the control of drugs. 1 Monsour was then cited for seven regulatory violations during an inspection in January 2006 when the hospital had just seven patients. 1 5 The state threatened to withhold a new operating license and instead issued a limited operating license on March 15 which prohibited Monsour from performing surgeries and administering anesthesia. The number of beds was reduced to 66 due to the restrictions, including 12 for medical patients and six for intensive-care patients. 5 The hospital notified the state that it would not accept the limited license due to liability risks, and closed on March 16 with just 20 patients. 1 5

In the fall of 2007, Westmoreland Priority foreclosed on the hospital property over debts of $35 million. 3 The abandoned tower caught fire on June 9, 2011, 2 and again on October 8, causing minimal damage. 4

In December 2013, frustrated by failed attempts to have the Monsour family demolish the deteriorated facility, the city of Jeannette and Westmoreland County signed an agreement of cooperation to work together to secure and begin demolition of the Monsour Medical Center. 15 The county applied for a $1 million state grant to tear down Monsour in January 2014 and began making moves to gain ownership of the property through a “free and clear” sale held by a county judge by notifying lien holders of their intent. 16

The city obtained private funding from the Neighborhood Partnership Program and began demolition of two dilapidated houses near the former hospital in late January 2014. 15 Work to raze Monsour began on February 23, 2016. 16 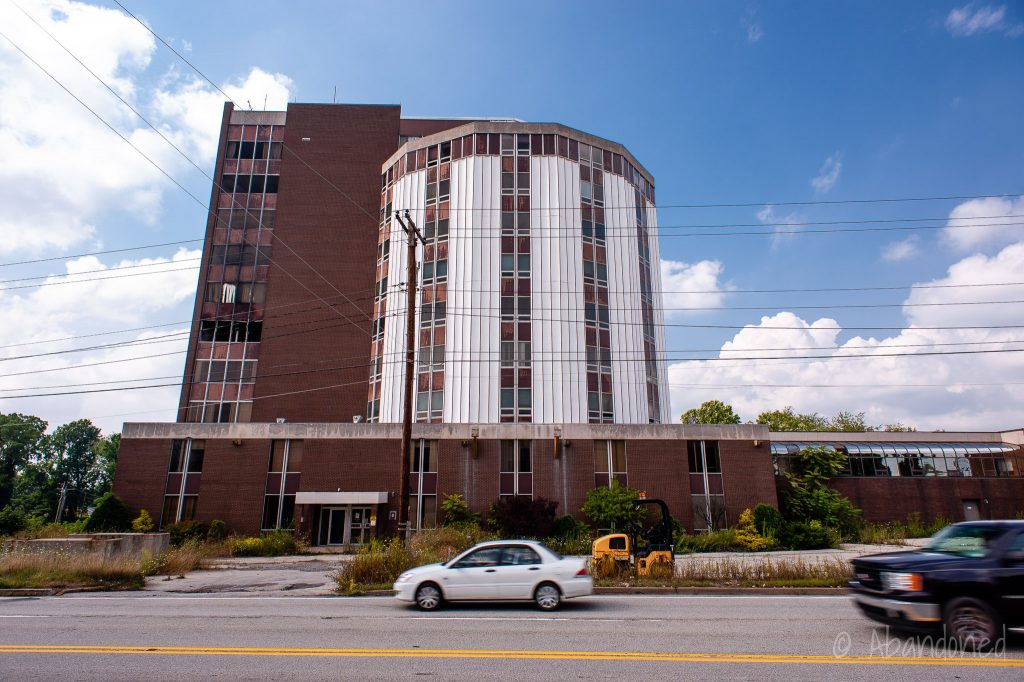 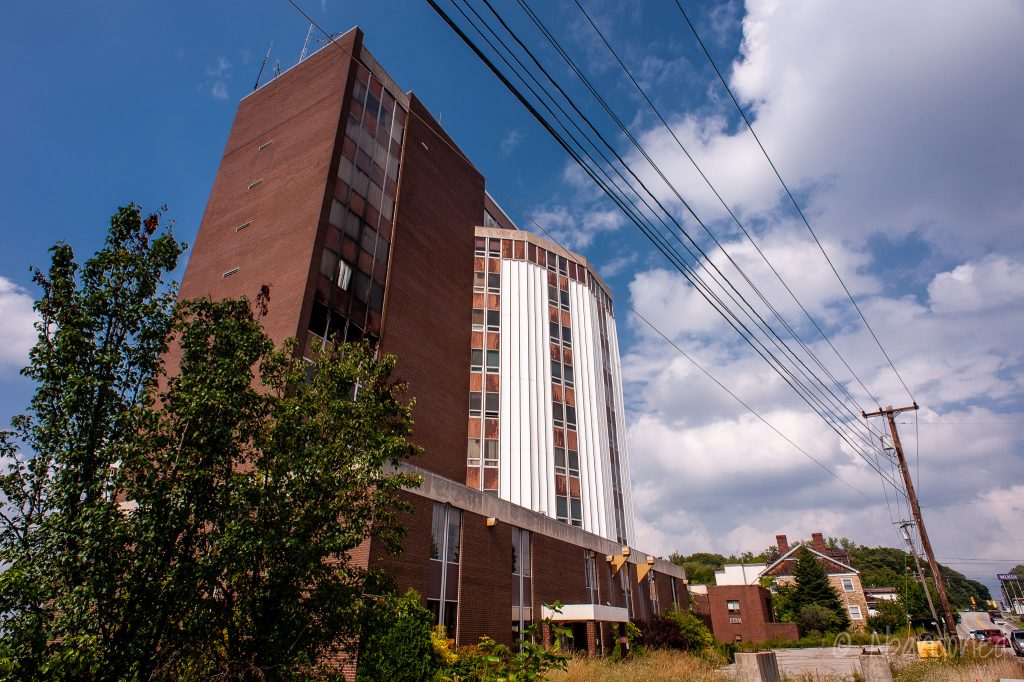 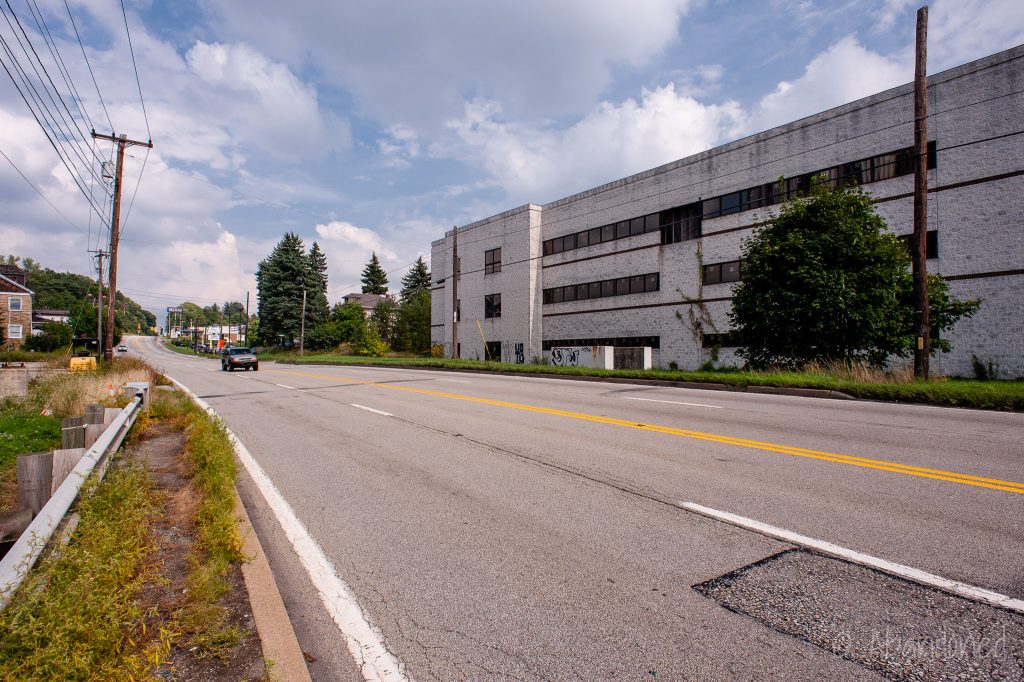 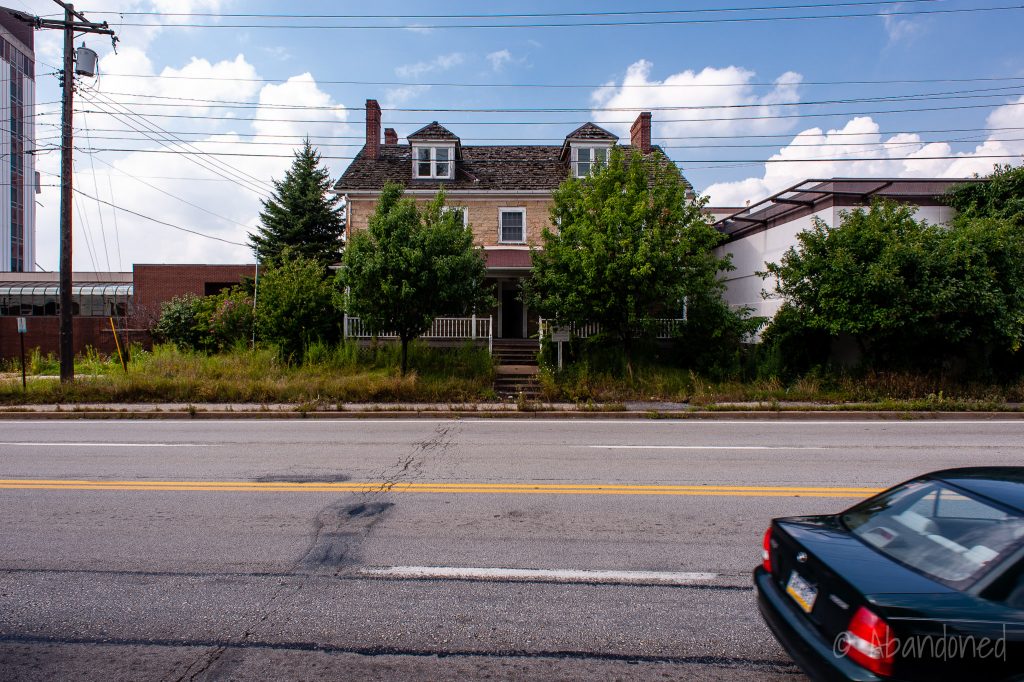 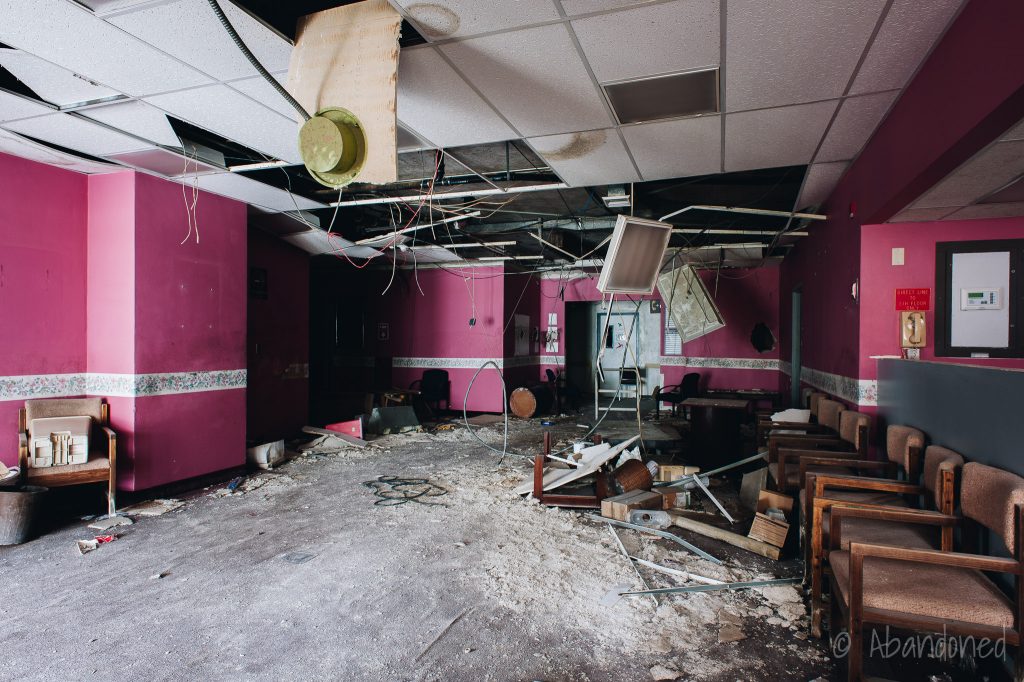 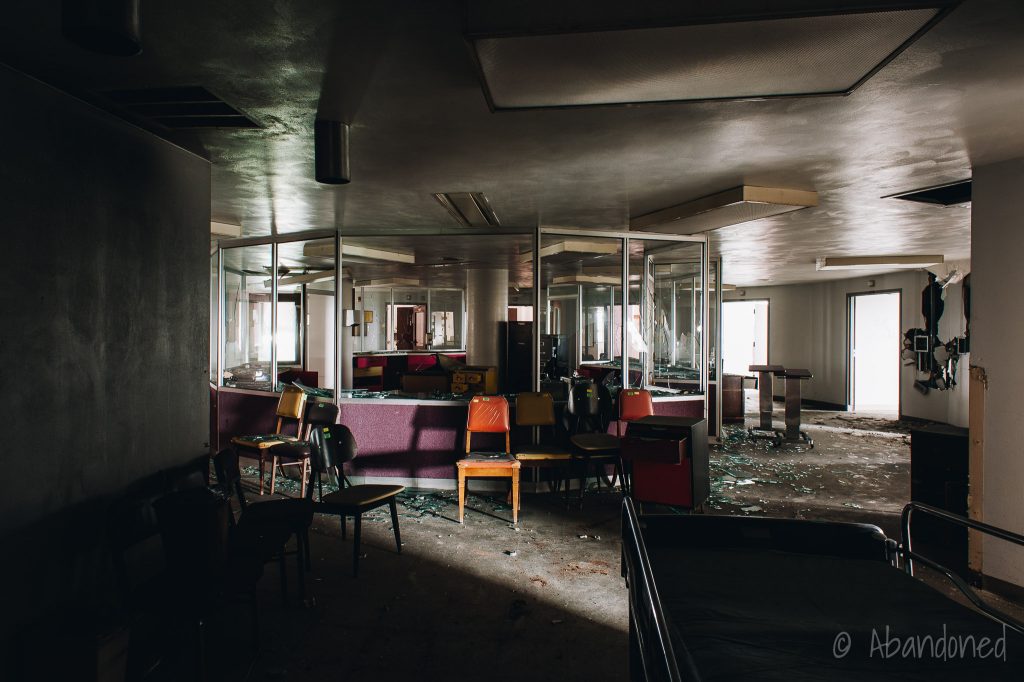 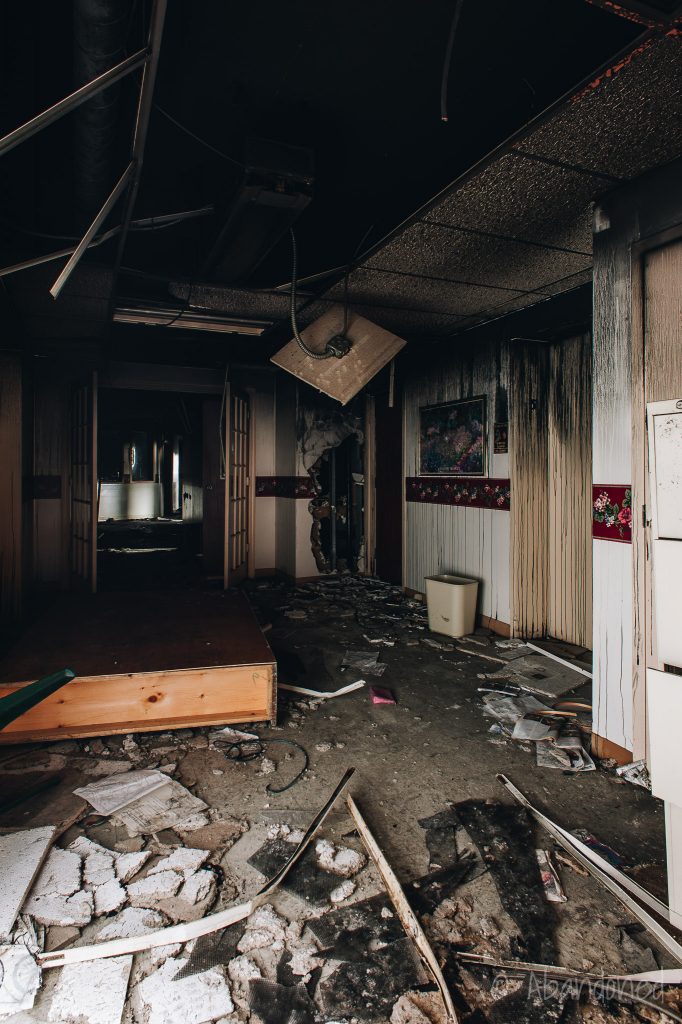 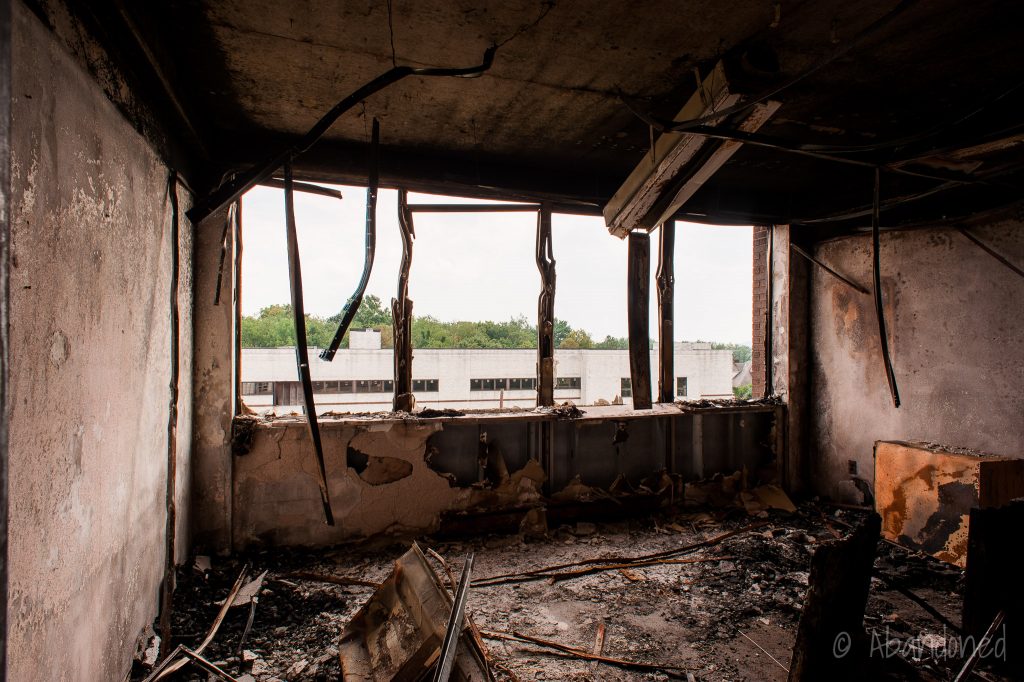 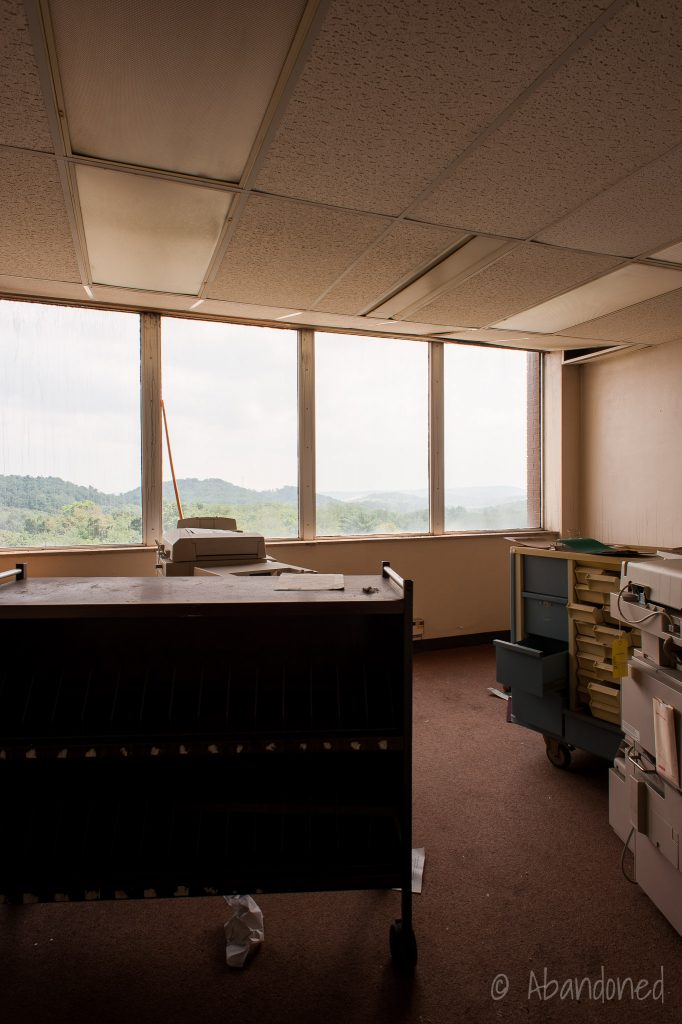 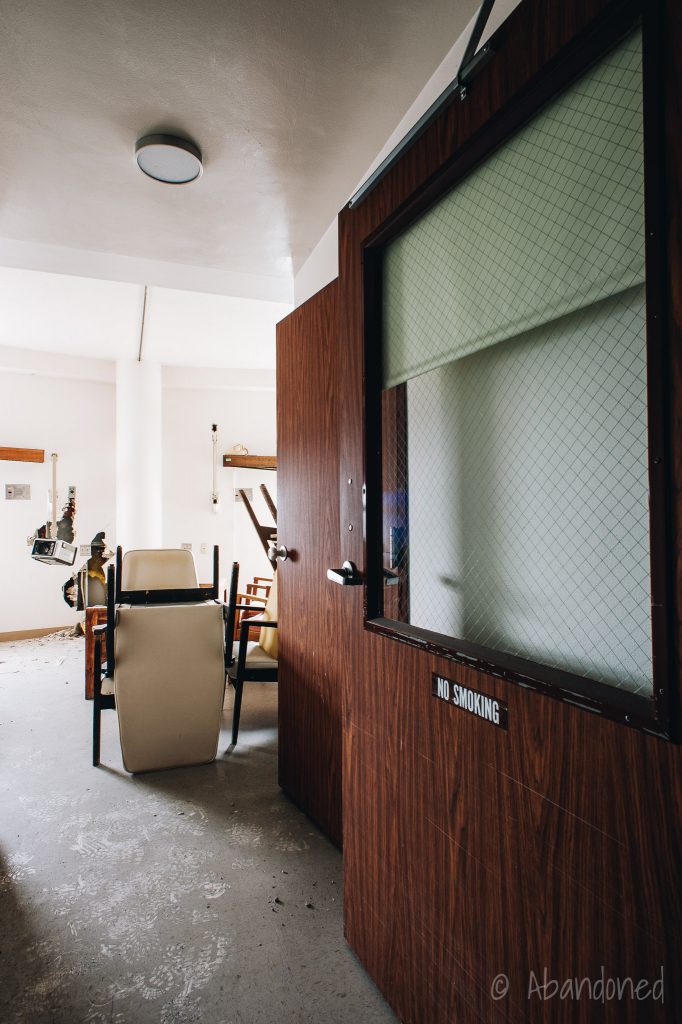 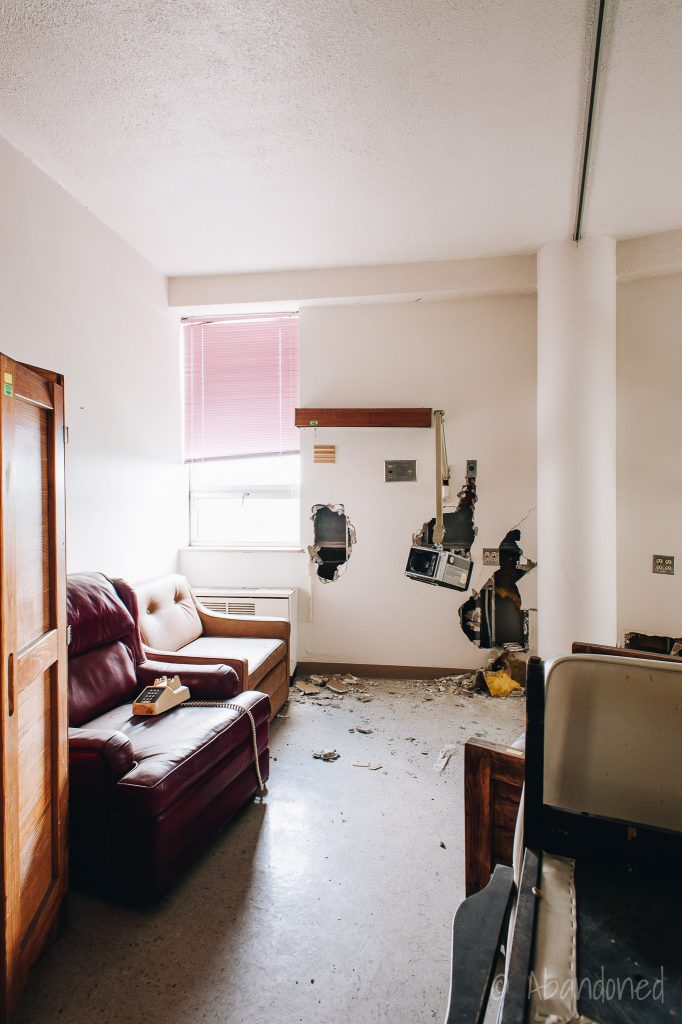 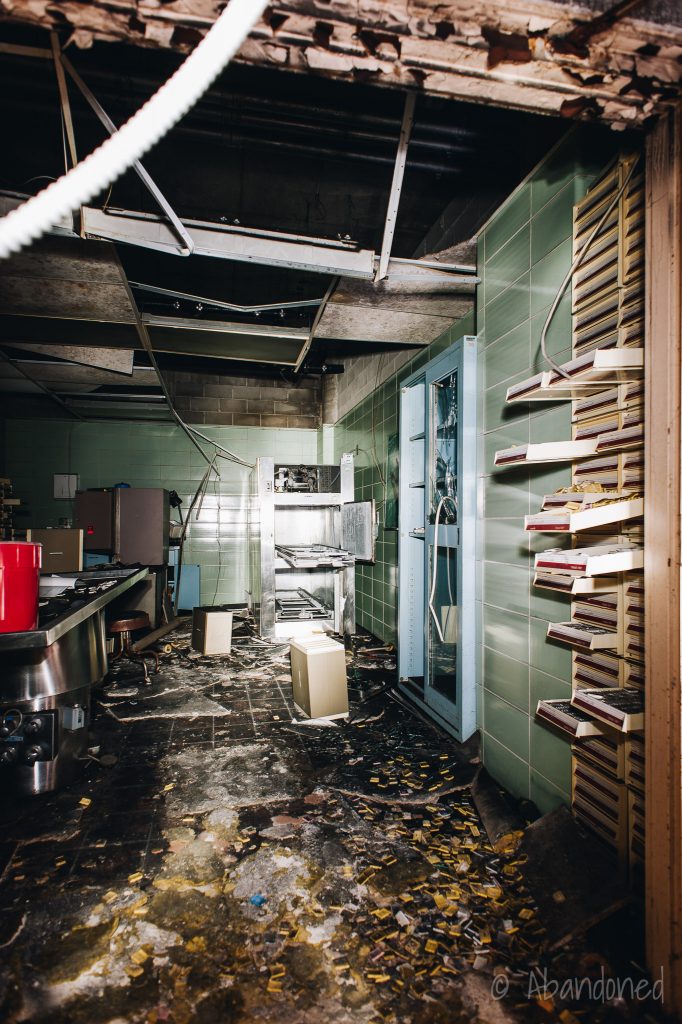 Despite the overarching theme of Abandoned to explore an abandonment in urbanized areas, there is a lot to be said for getting lost through the rural, blank landscape of the Midwest. More typical, …
END_OF_DOCUMENT_TOKEN_TO_BE_REPLACED
Category ExplorationsPosted on November 17, 2020