Our Lady Help of Christians Church was an abandoned circa 1906 church in the East Liberty neighborhood of Pittsburgh, Pennsylvania. It was demolished in October 2019.

During the late 19th century, immigrants were flowing into the city to work in the area’s numerous steel mills. The Franciscan Fathers from Italy were invited to visit Pittsburgh in 1895 to help establish an Italian parish. 1 They took charge of St. Peter, an Italian parish, in the Hill District.

Italian residents in the East Liberty area petitioned the church to form their own parish but were initially denied. 1 To meet their needs, the pastor of St. Peter began visiting East Liberty to celebrate Mass, and the first Mass was held in February 1895 in the school of St. Peter and Paul. Thereafter a Mass was celebrated monthly.

Another petition was made to the church to establish a parish in East Liberty in 1896, which was granted. 1 The first organizational meeting of the Our Lady Help of Christians Church was held on April 12 with fundraising for a permanent building beginning shortly after. Construction began on the sanctuary in 1897 with the cornerstone laid on September 17, 1 and the new Baroque styled 3 structure was dedicated on April 17, 1898. Frescoes were painted on the walls and ceiling in 1904.

The church was destroyed by a fire in 1905, 1 and while it was being rebuilt, Mass was moved to a neighboring school. Mass was relocated into the basement of the partially finished church on December 17, and the reconstructed building was dedicated on April 17, 1906.

The population of Pittsburgh began a slow and steady decline after World War II, dramatically bleeding after many of its famed steel mills began to close in the 1970s. A shrinking congregation forced the Diocese to close the school in 1988. 4 In July 1992, the Diocese announced the merging of five parishes and the closure of several buildings. 2 Our Lady Help of Christians Church folded with the others to form the St. Charles Lwanga parish. 1

The rectory, in poor condition, was demolished in 2014. 4 The sanctuary was razed in October 2019. 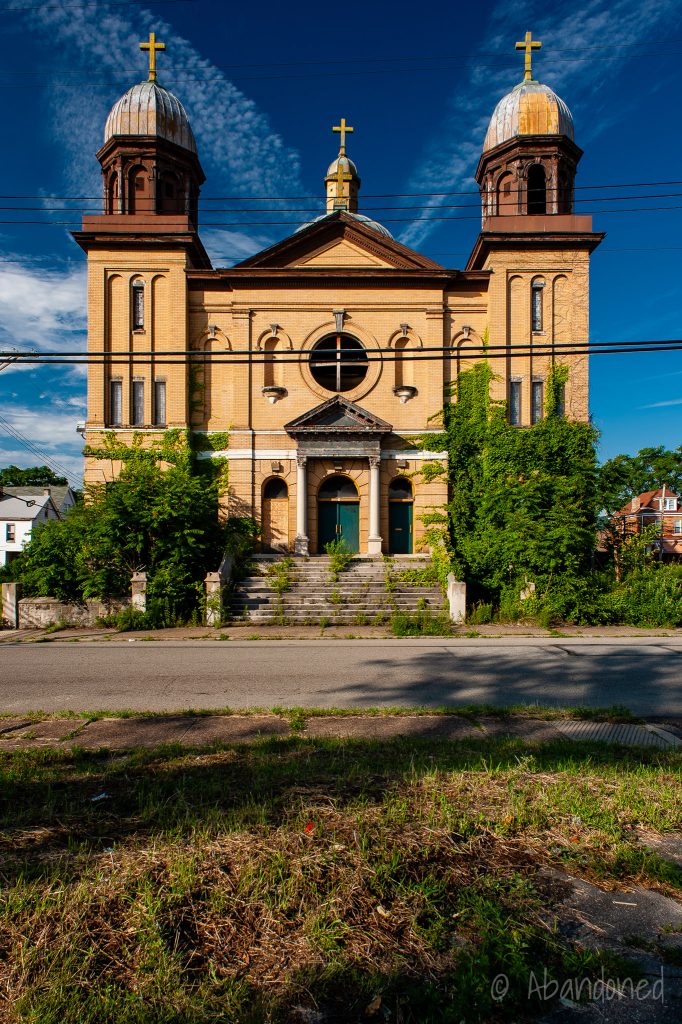 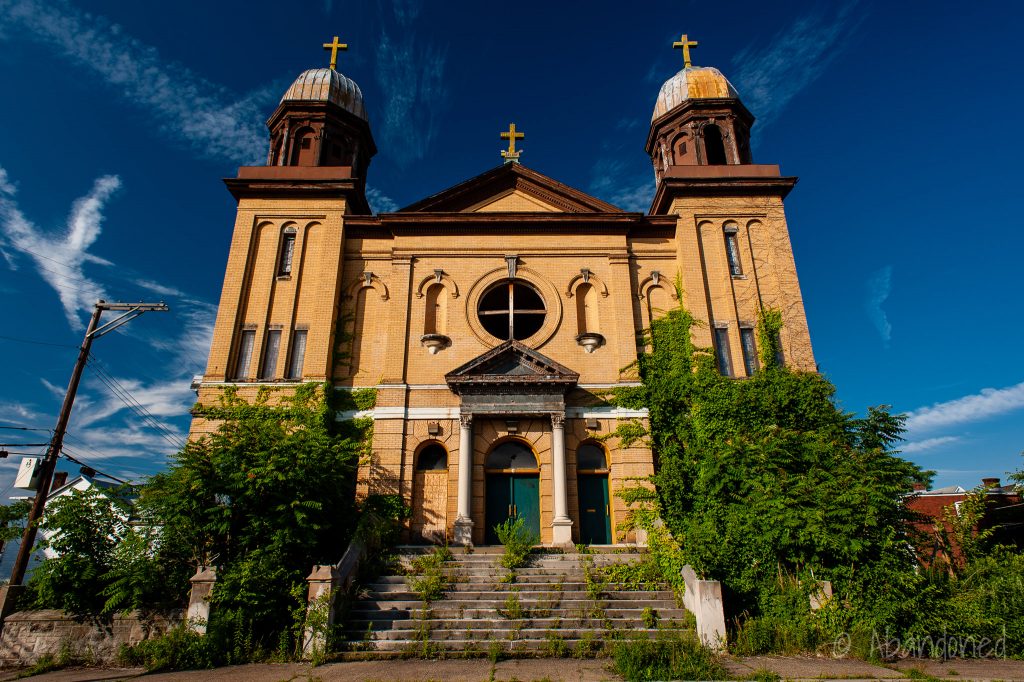 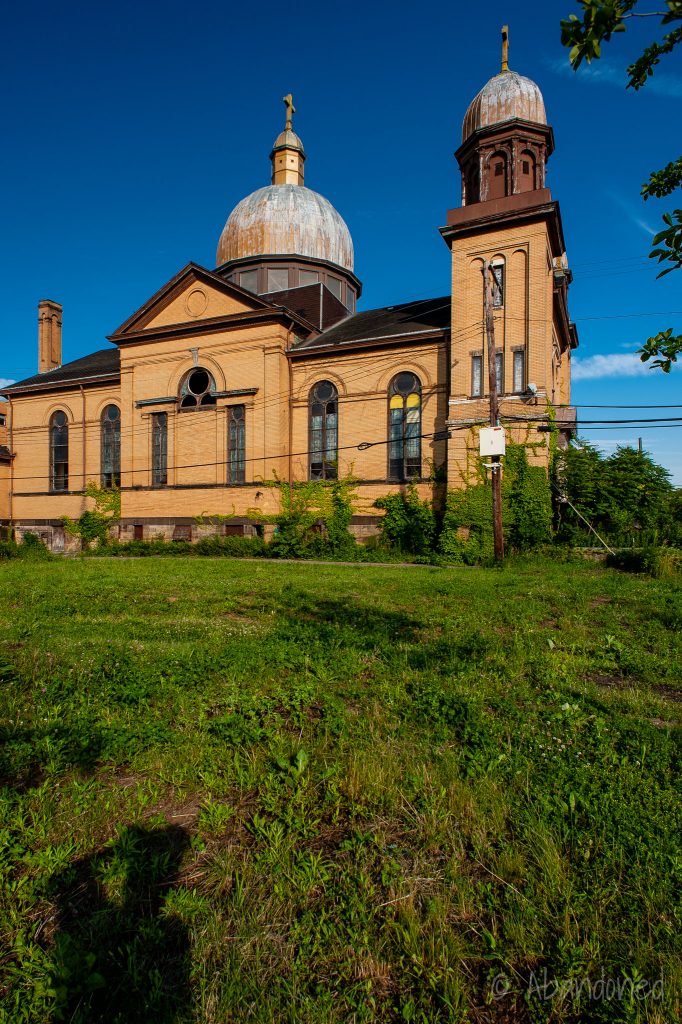 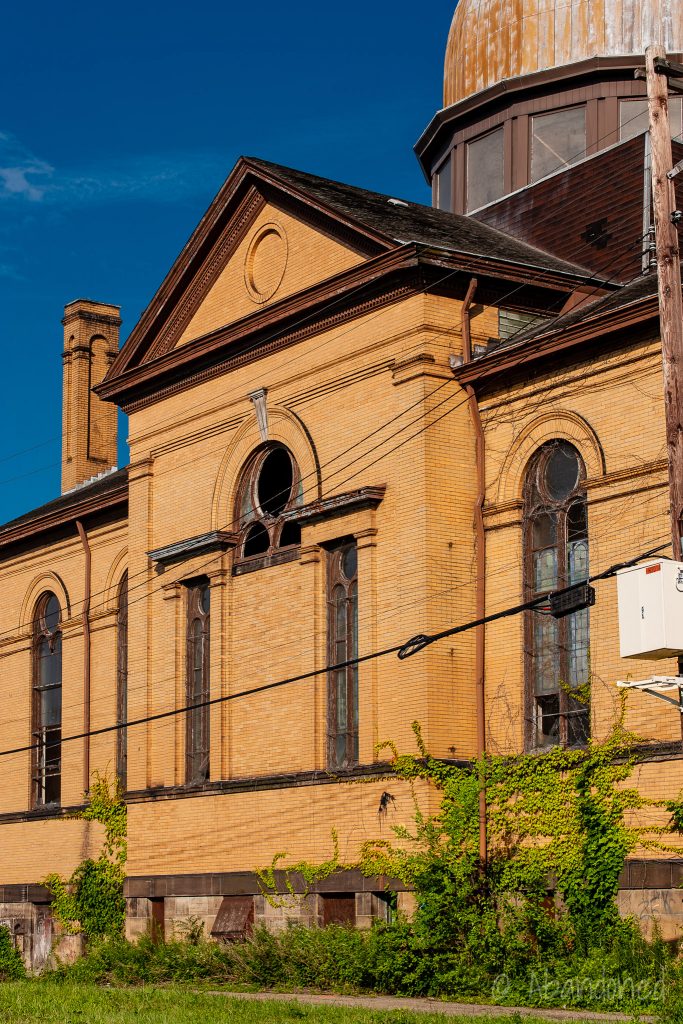 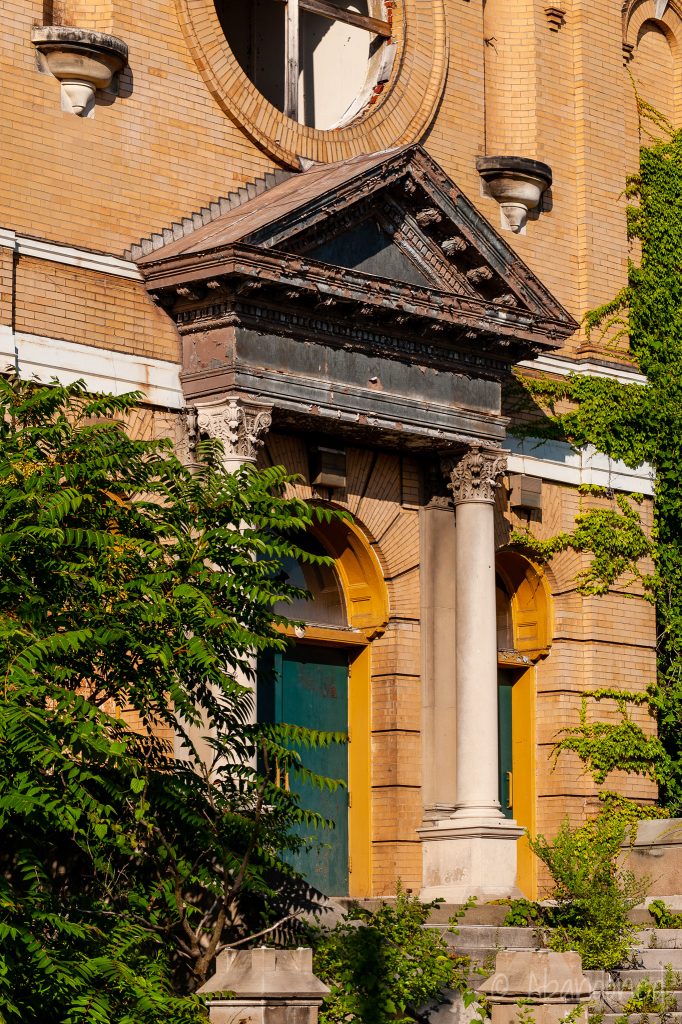 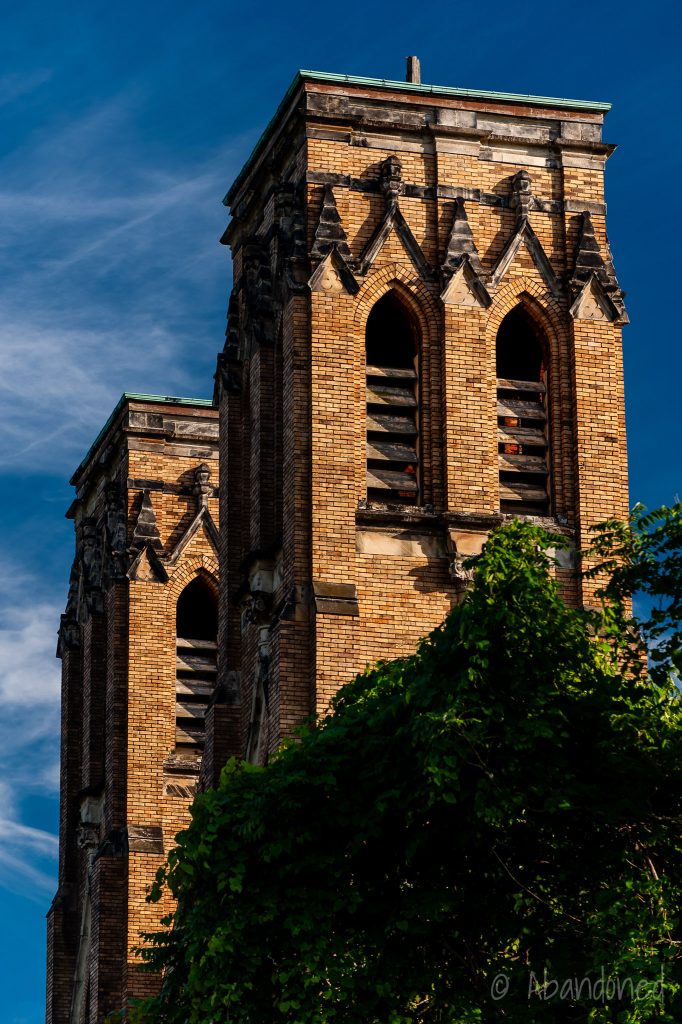 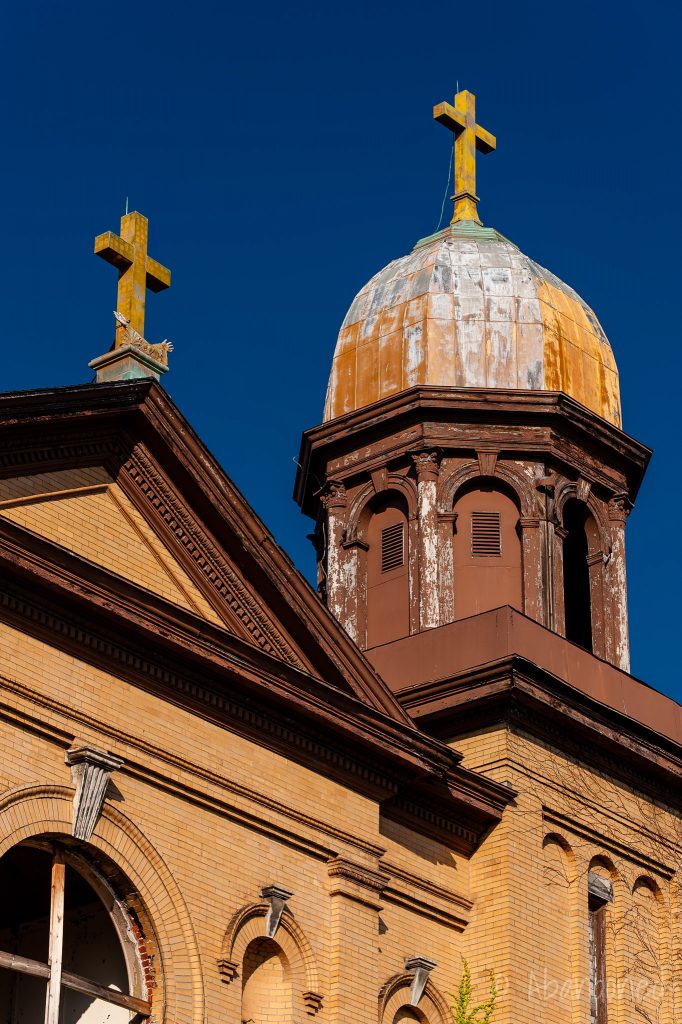 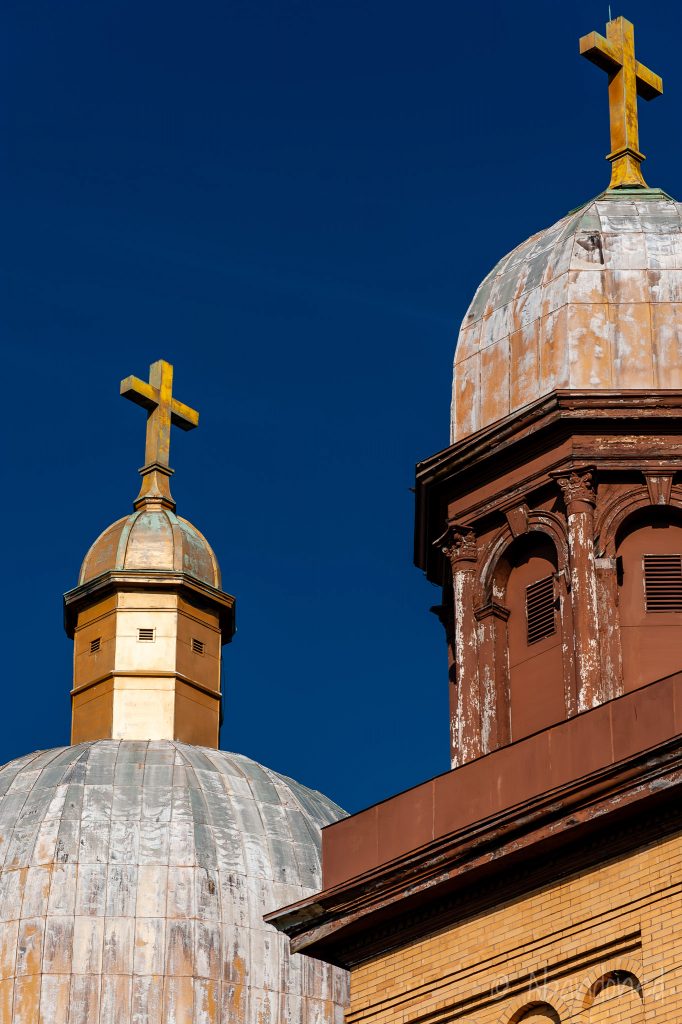 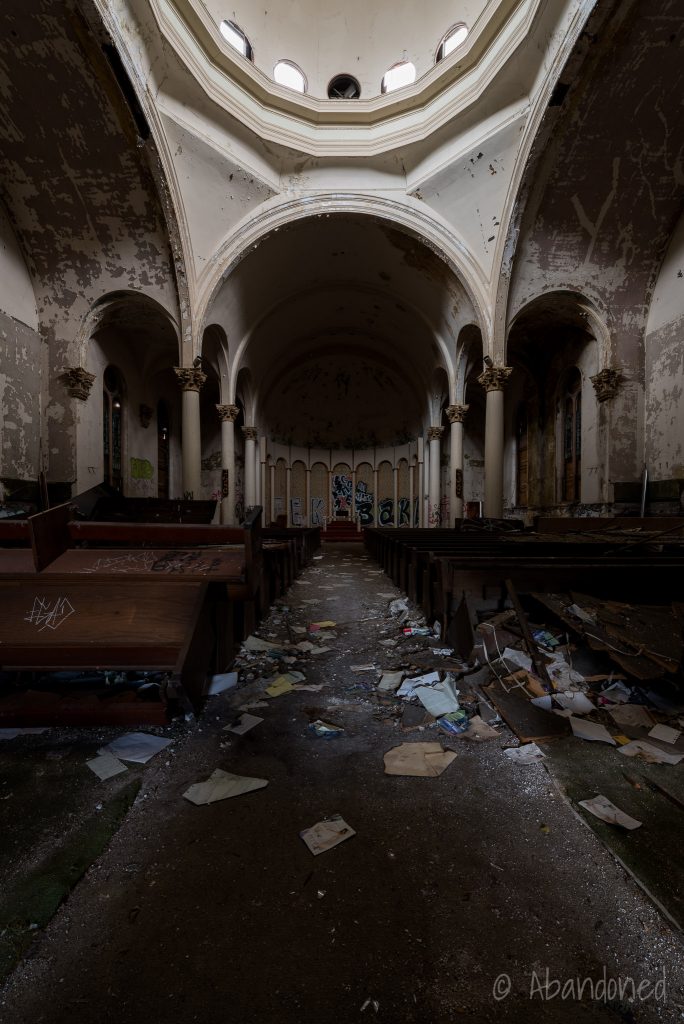 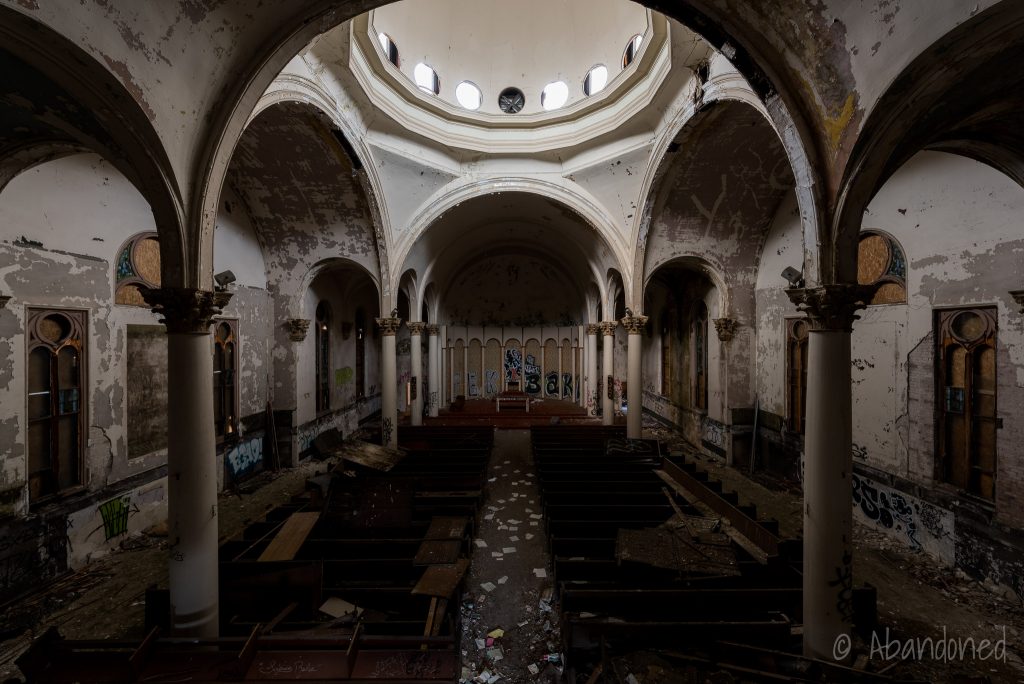 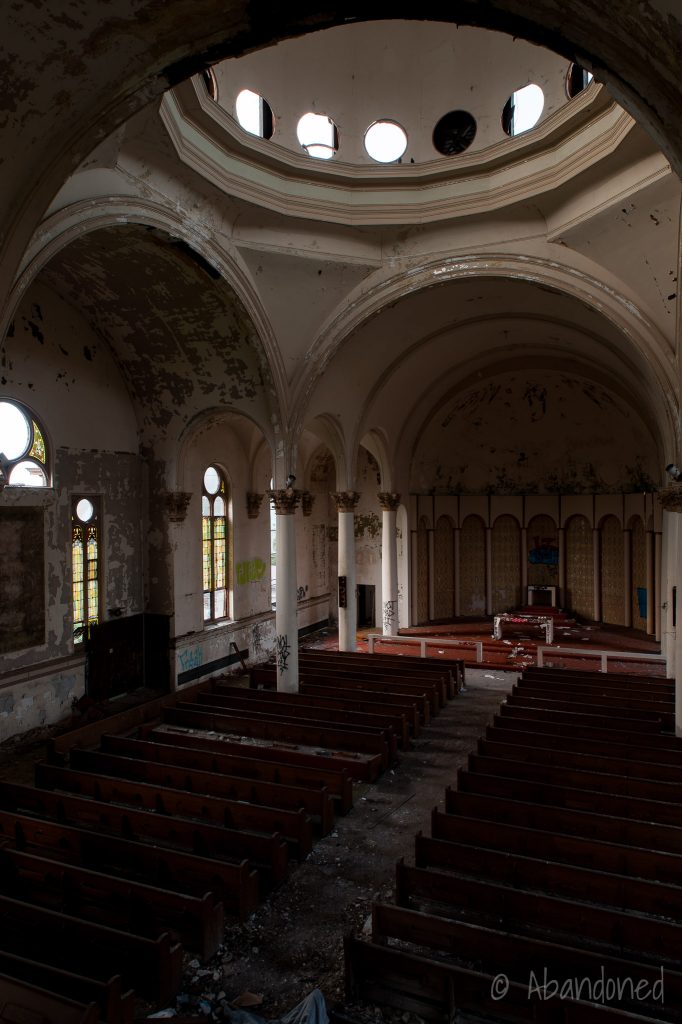 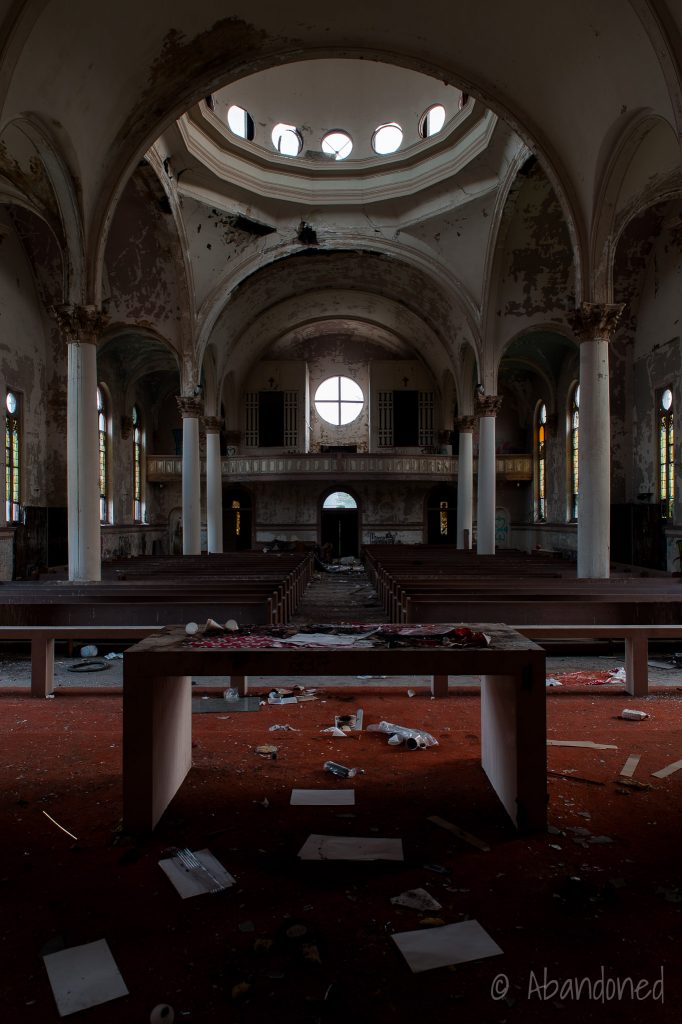 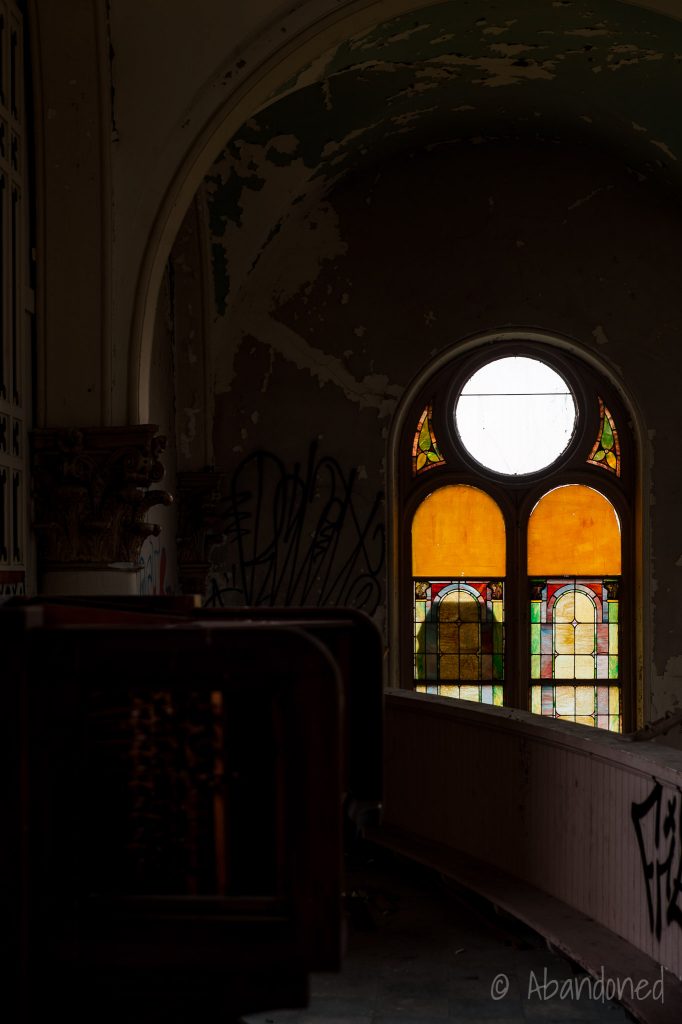 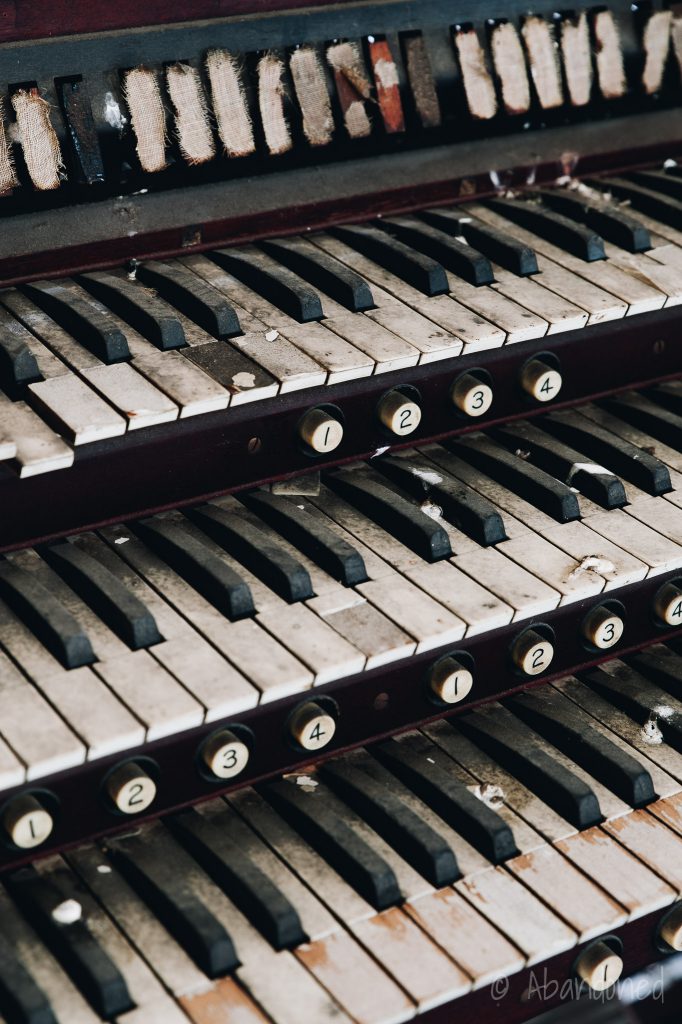 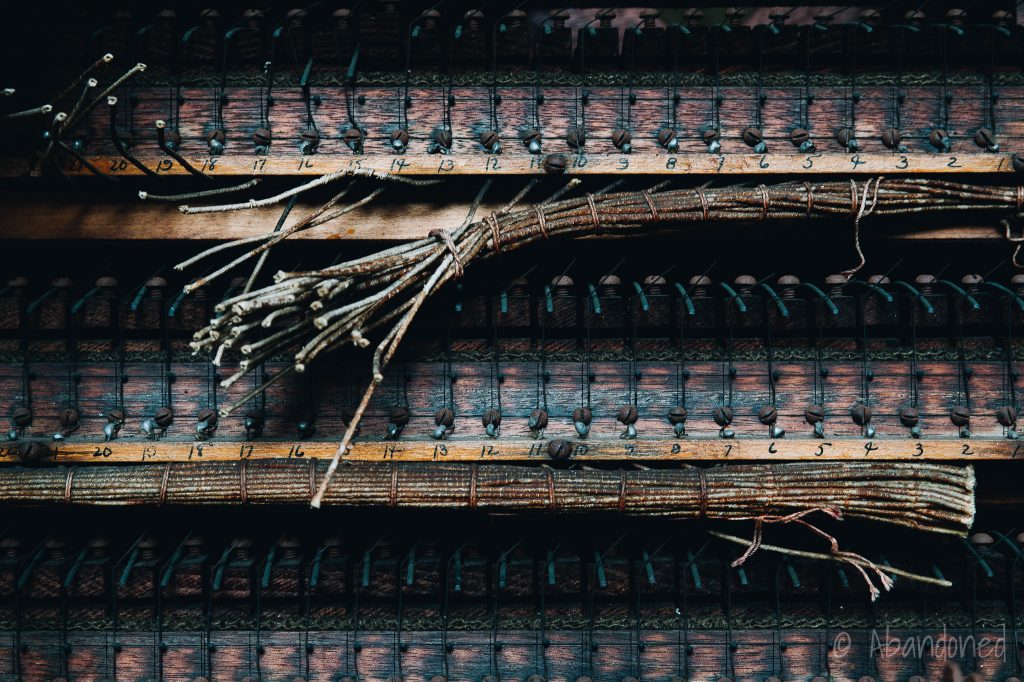 Gamble House Is No More

The Gamble House was located at 2918 Werk Road in the Westwood neighborhood of Cincinnati, Ohio. The imposing 2 1/2-story, 13-room residence, was constructed in the Queen Anne style by James Norris Ga…
END_OF_DOCUMENT_TOKEN_TO_BE_REPLACED
Category ExplorationsPosted on March 4, 2014July 21, 2014

Years ago, I often went to the mammoth Huntington Mall in Barboursville, West Virginia. It was the largest shopping center in the largest in the state - and also its busiest. The mall was dated, coate…
END_OF_DOCUMENT_TOKEN_TO_BE_REPLACED
Category ExplorationsPosted on July 2, 2018May 26, 2021

Photography is Not a Crime