Standing in a field near Williamsburg, Virginia are 43 crumbling effigies of the presidents of the United States. The busts are all that remains of the defunct Presidents Park.

Inspired after driving past Mount Rushmore in South Dakota, Houston sculptor David Adickes first envisioned opening a private park with busts of all of the president’s heads in York County by the fall of 2000. 3 Adickes partnered with Everette Newman III, president of the FCR Group, which developed Water Country USA, to develop and operate the President’s Park. After acquiring land near Williamsburg, Newman hauled a half-dozen of the busts via flatbed truck to the site. Work was stopped almost immediately after York County officials informed Newman that he would need an outdoor commercial amusement permit to build the park and could not store the heads on the trucks. 3 4

Additionally, the idea to build the park was steeped in controversy as some feared it would draw tourists away from Colonial Williamsburg, and officials with the Colonial Williamsburg Foundation, the National Park Service, the city of Williamsburg, and York County called the project tacky and a sideshow. 3 4 Dismayed, some of the busts were put up for display at the Norfolk Botanical Gardens while another three were trucked to Buena Vista for display in a park. Adickes then scrapped plans to open the first park in Williamsburg and opened a President’s Park in Lead, South Dakota about 40 miles from Mount Rushmore in January 2003, with plans to open another park in Florida.

After a judge ruled that Newman did not need a county permit to build the museum park in early 2001, Newman lined up investors and a $3.3 million loan to finance the $7 million project. 3 It was announced that the 11,000- to 20,000-pound busts would begin to arrive in Williamsburg by that July and later by April 2002 because of Adicke’s health issues and the opening of his South Dakota park. 3 The official opening date of the President’s Park was scheduled for the Presidents Day holiday in 2004, but a hurricane in September 2003 and poor weather delayed the opening until March 1. 4

In January 2009, the President’s Park kicked off a fundraising campaign to have Adickes create a bust of President-elect Barack Obama and have it transported to the park. 5 Estimated to cost $60,000, it was the first time that park had to add a statue; it opened with a bust of President George W. Bush. To satisfy the public’s appetite for all things Obama, the park installed a temporary, life-sized bust of Obama.

Because of dwindling attendance and a lack of private funding, the park was not able to secure the depiction of Obama and the President’s Park closed in the fall of 2010. 6 The property then went into foreclosure. 1 2 6

The American Constitution Spirit Foundation wanted to resurrect the President’s Park as a learning center for presidential and constitutional history but the organization could not figure out which bank owned the park. 6 The Foundation said that while BB&T bank foreclosed on the park in a bundle with about 25 other properties, it was sold to another bank in May 2011. Ultimately, the Foundation dropped the proposal.

Prior to the land being auctioned off, Newman asked Howard Hankins, who helped construct the park, to destroy the busts in his stone crusher. 1 2 Hankins instead offered to take the busts and move them to his 400-acre farm closer to the interstate and Williamsburg. The process of moving the massive sculptures took a week to complete and cost $50,000. Unfortunately, the relocation damaged each sculpture. 1 The crane used to lift the sculptures to a flatbed truck required attaching a hook to the steel frame inside the busts, which required smashing a hole into the top of each sculpture’s head. The movement of the rigid busts also caused extensive structural issues. Adding insult to injury, a hole was formed in the back of Abraham Lincoln’s bust and Ronald Reagan’s bust bears the scar of a lightning strike.

Hankins envisions creating a new Presidents Park on his property, which would include a visitor center with presidential and First Lady memorabilia, a recreation of the Oval Office, and exhibits dedicated to the Secret Service and military, but the project has yet to come to fruition. 1

As the Presidents Park ruins are located on private property, advance registration is required to view and photograph the site via John Plashal Photo. 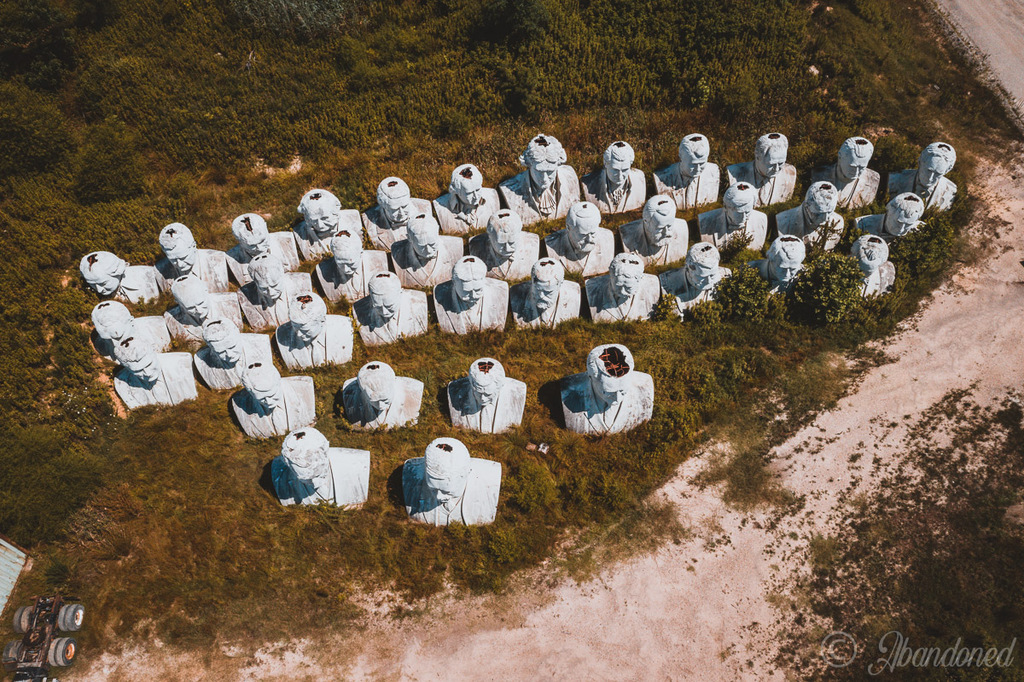 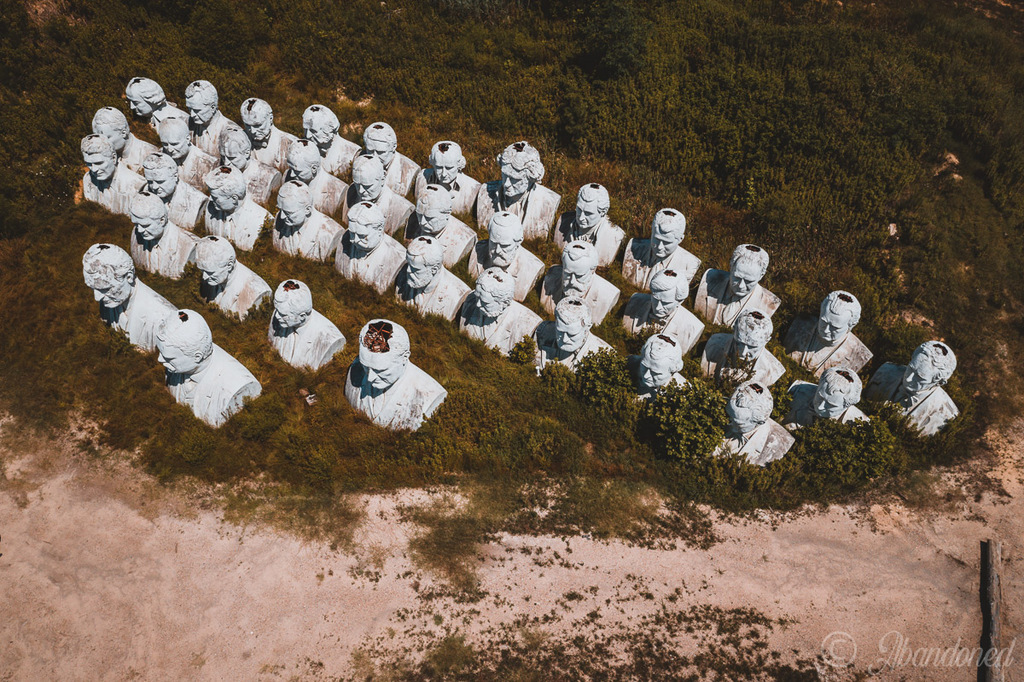 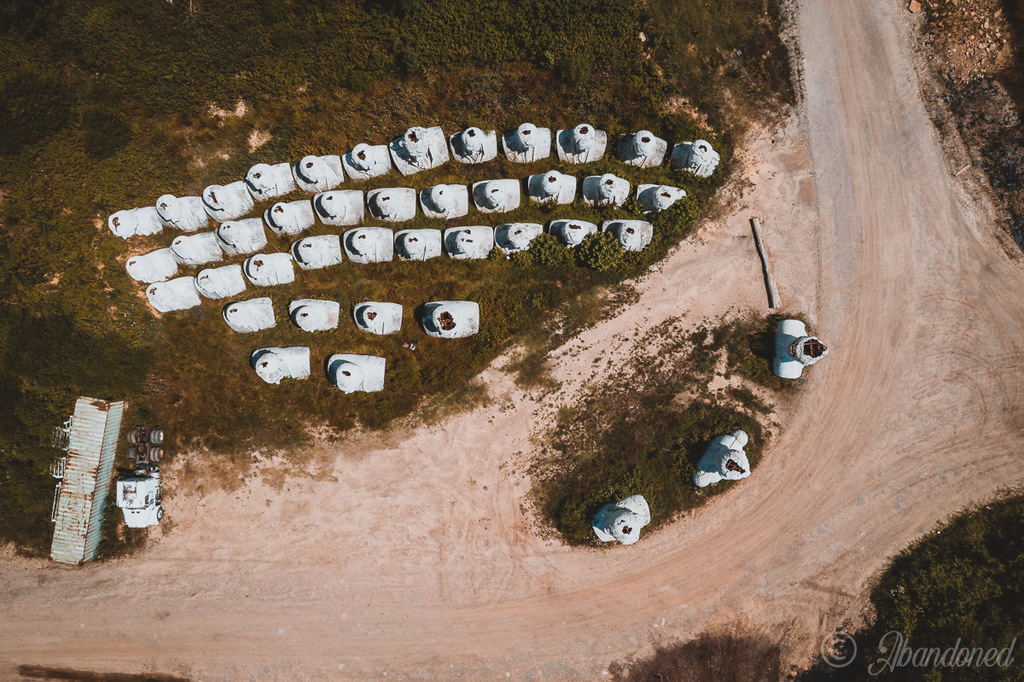 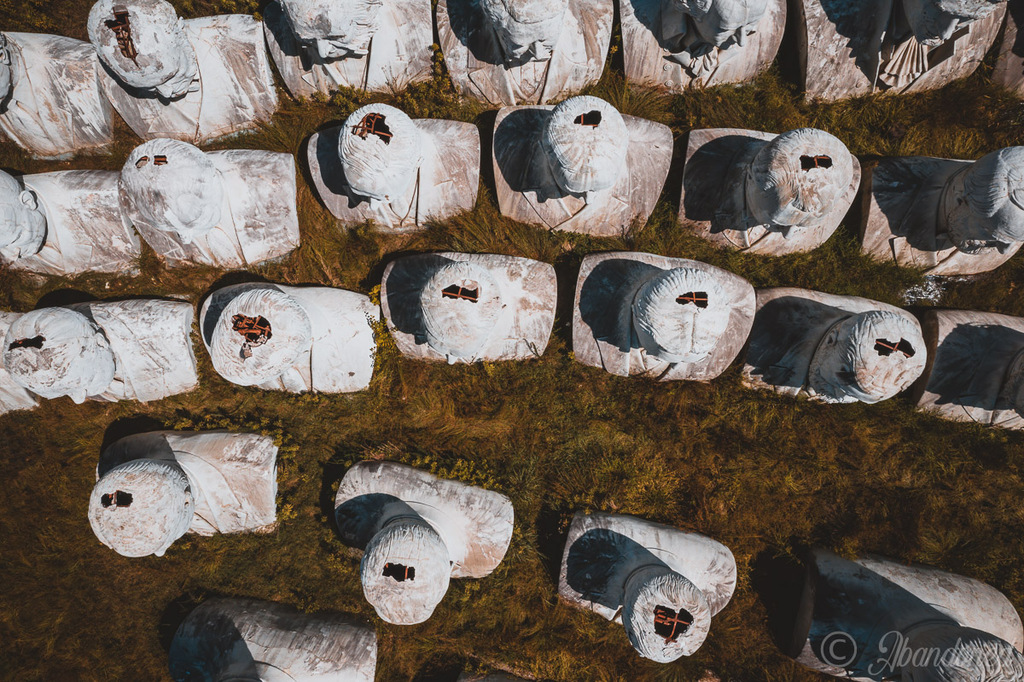 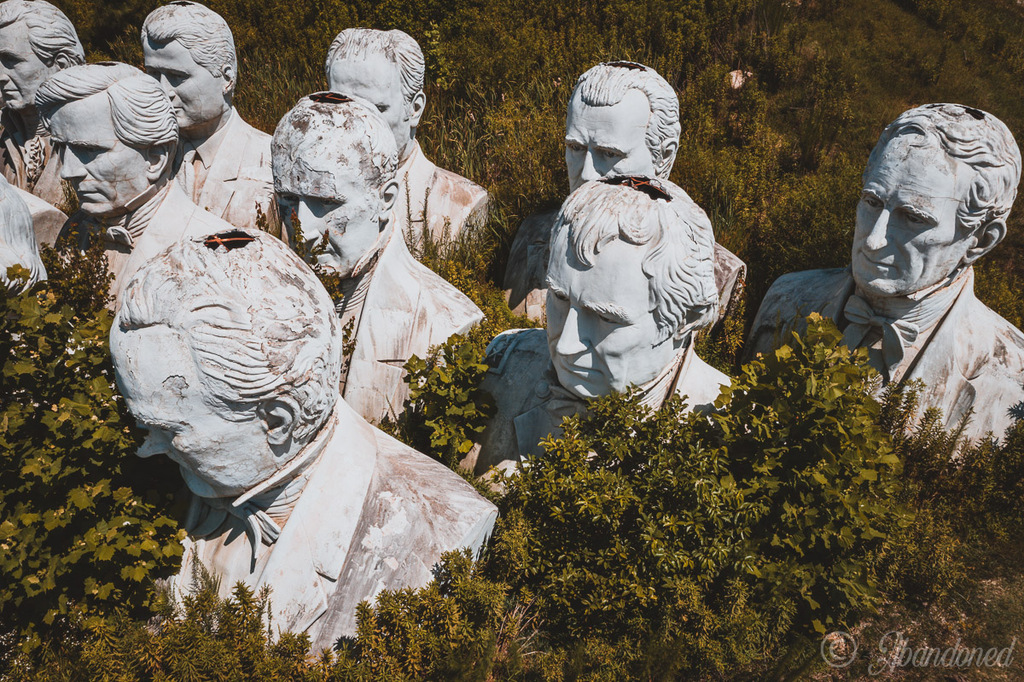 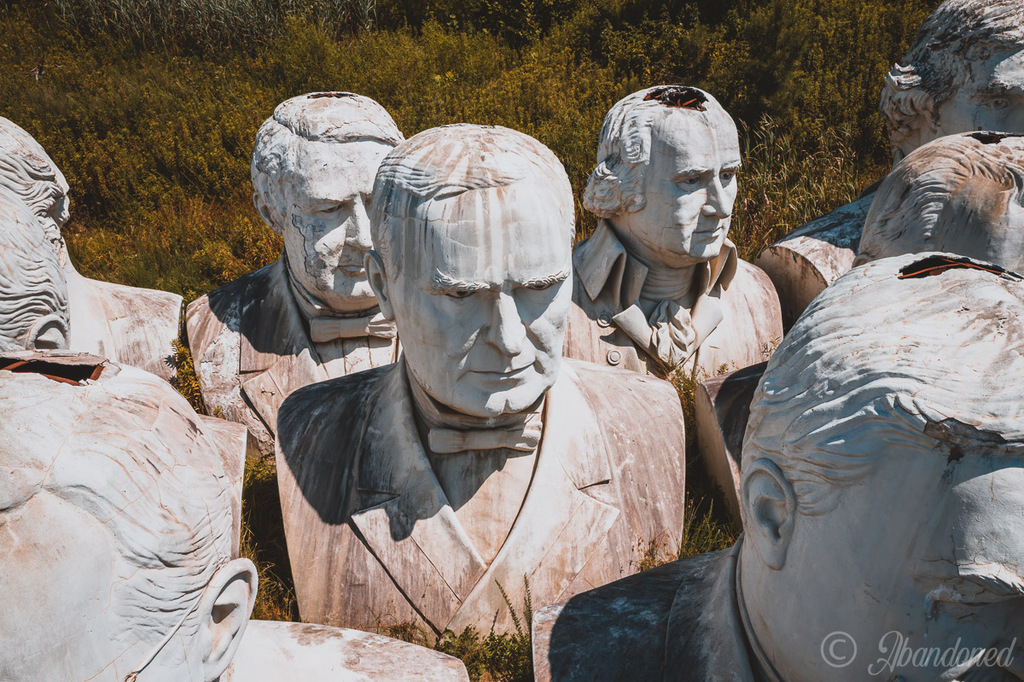 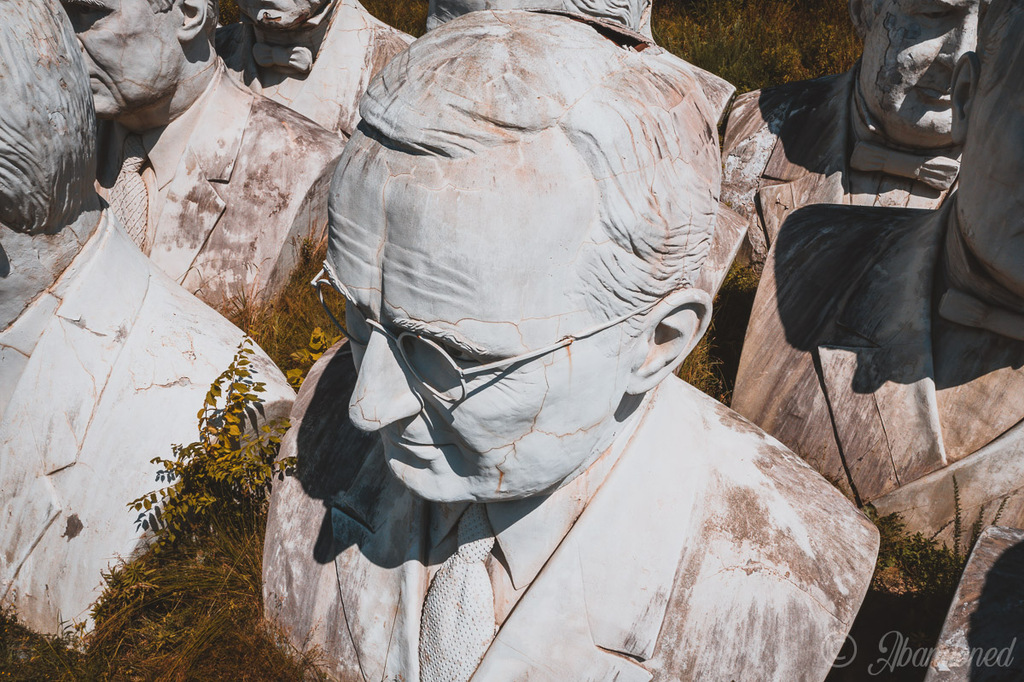 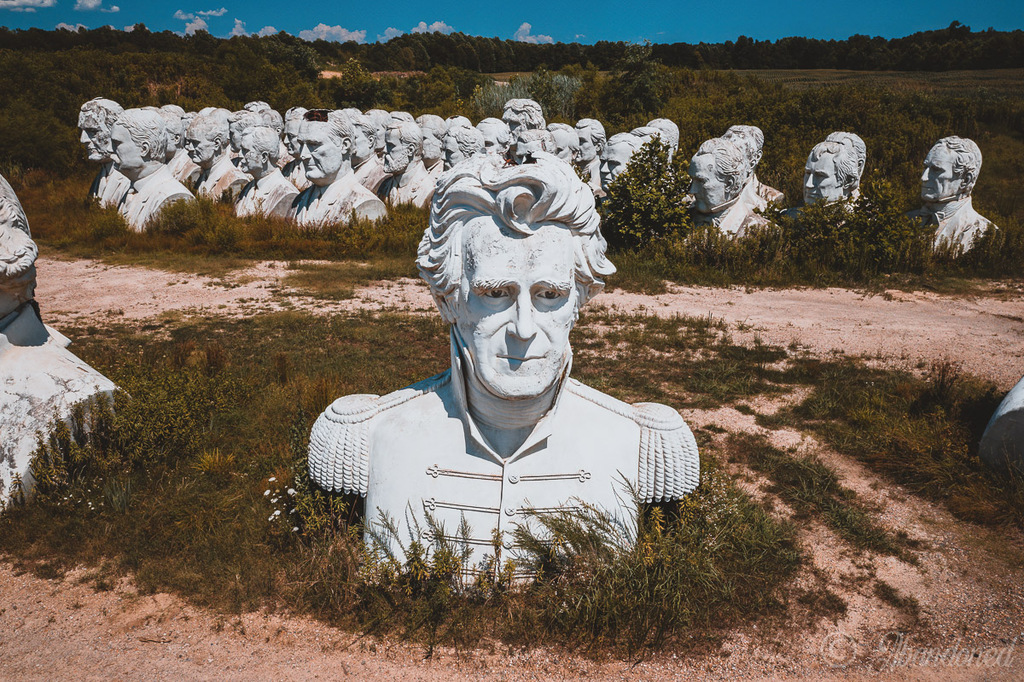 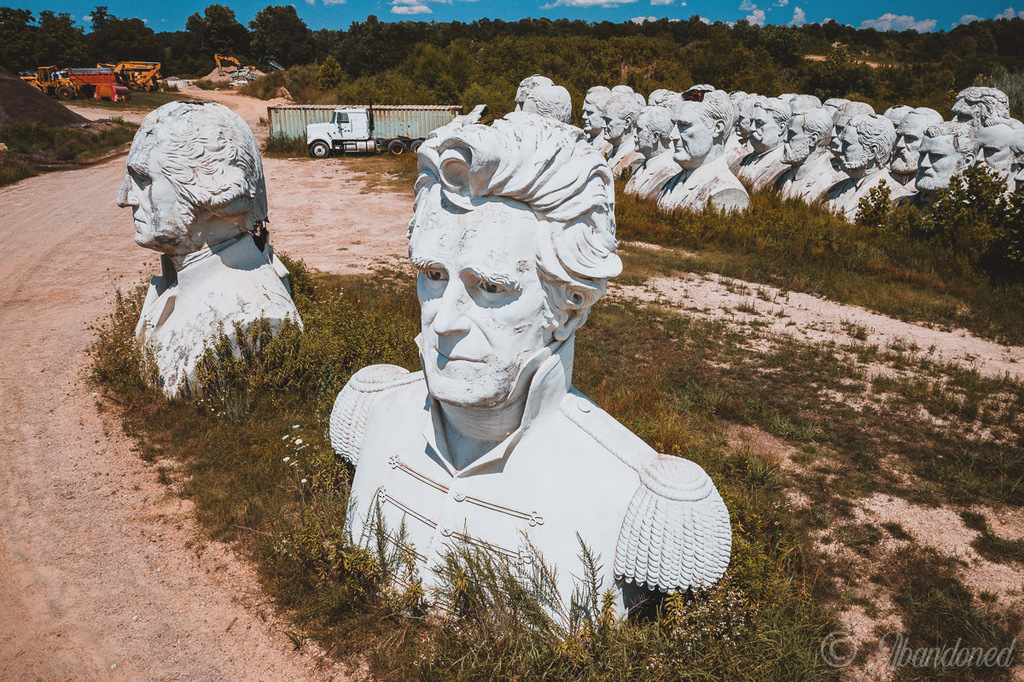 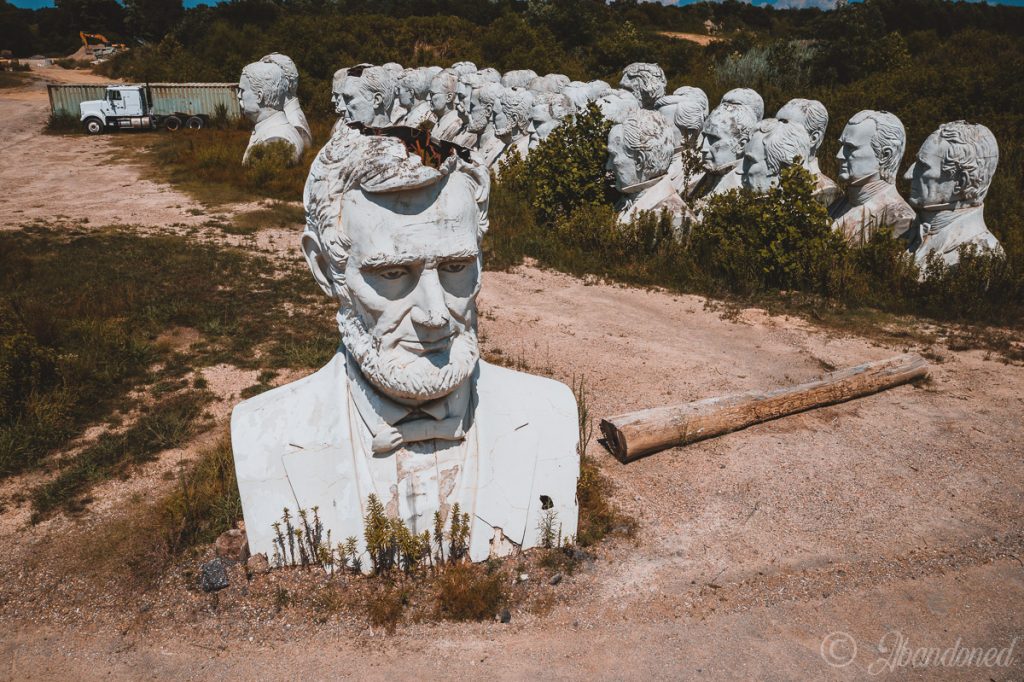 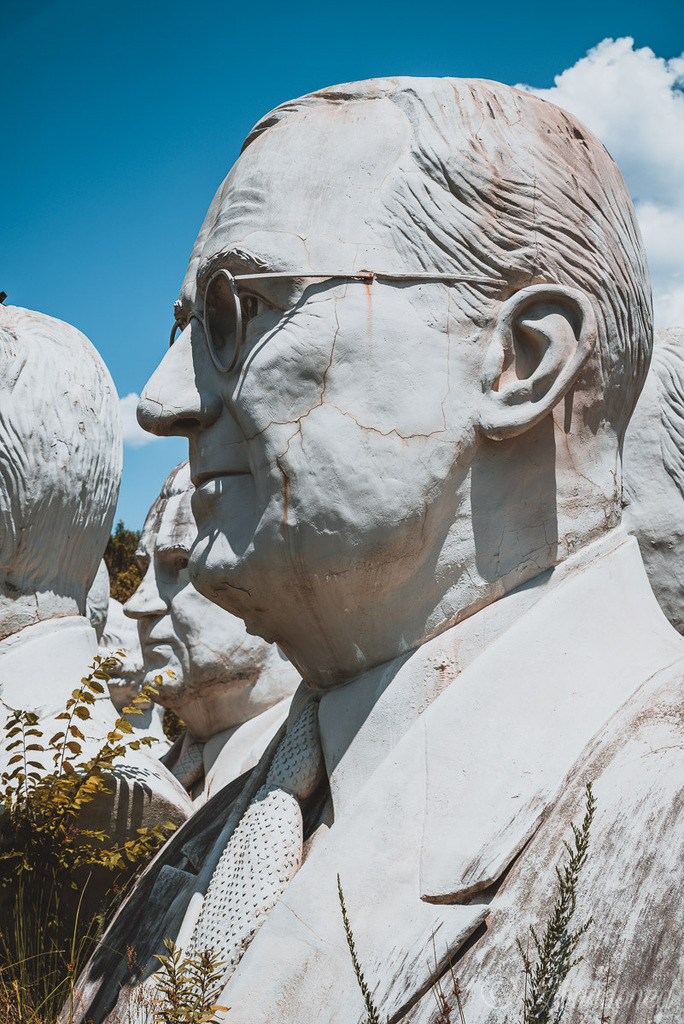 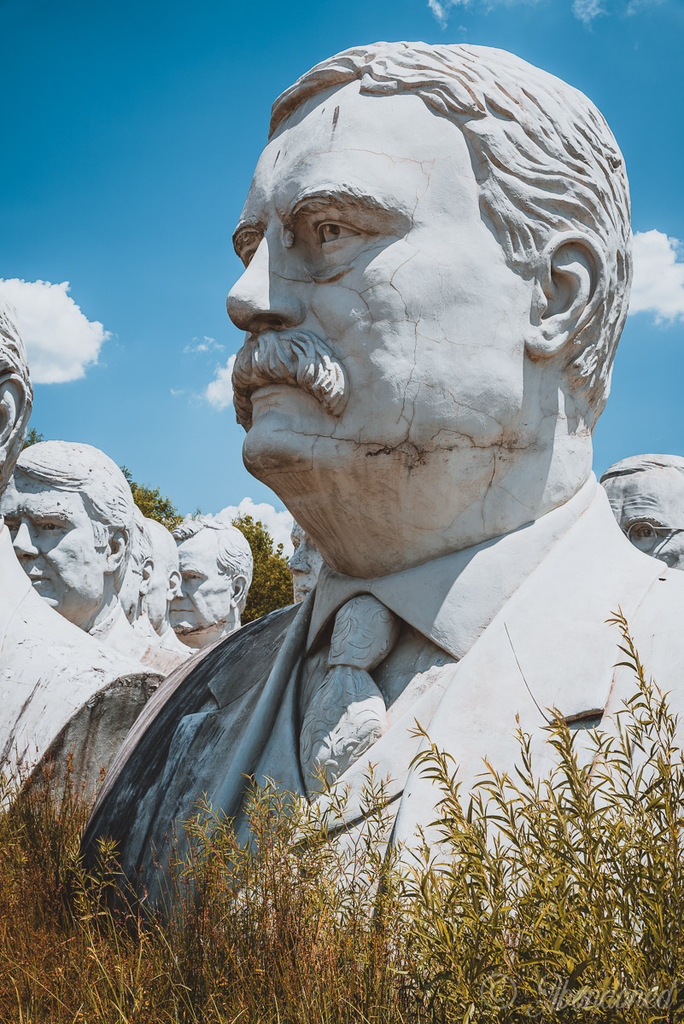 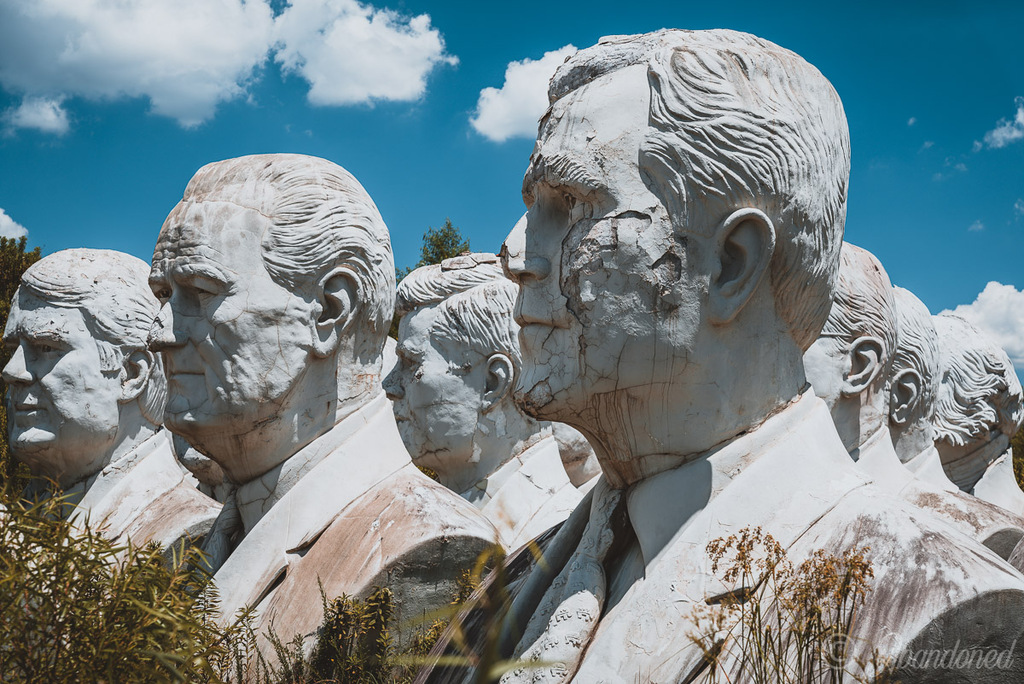 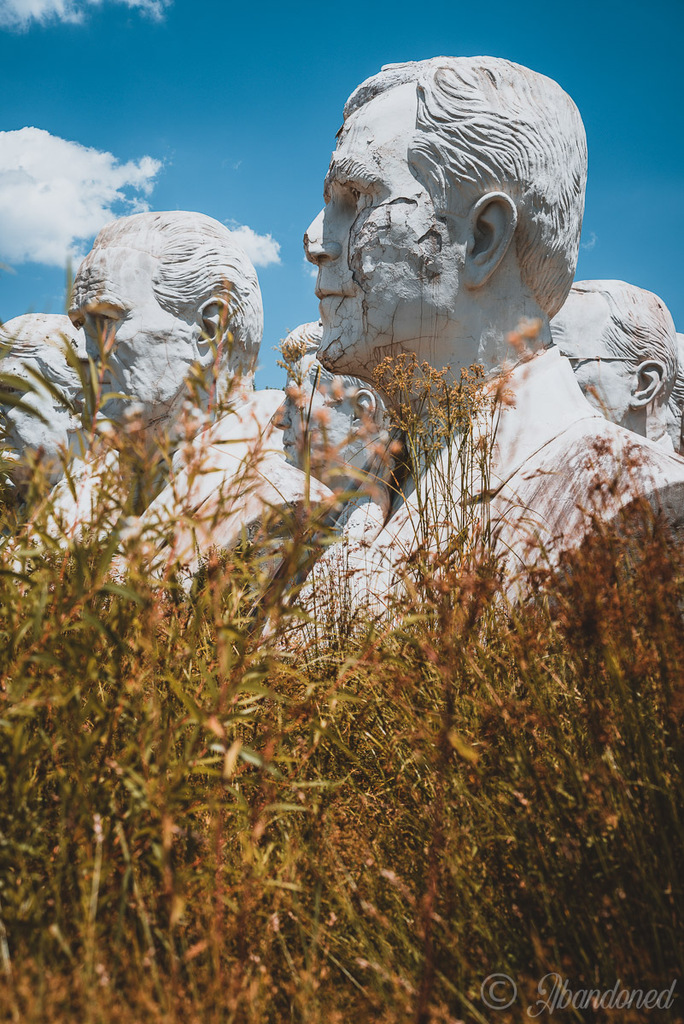 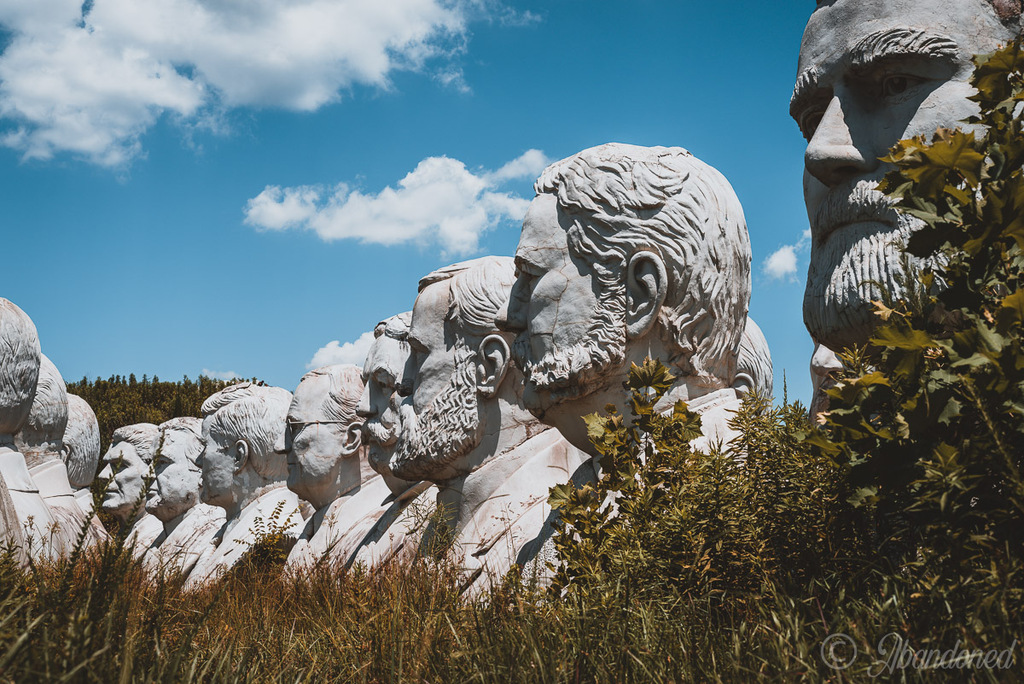 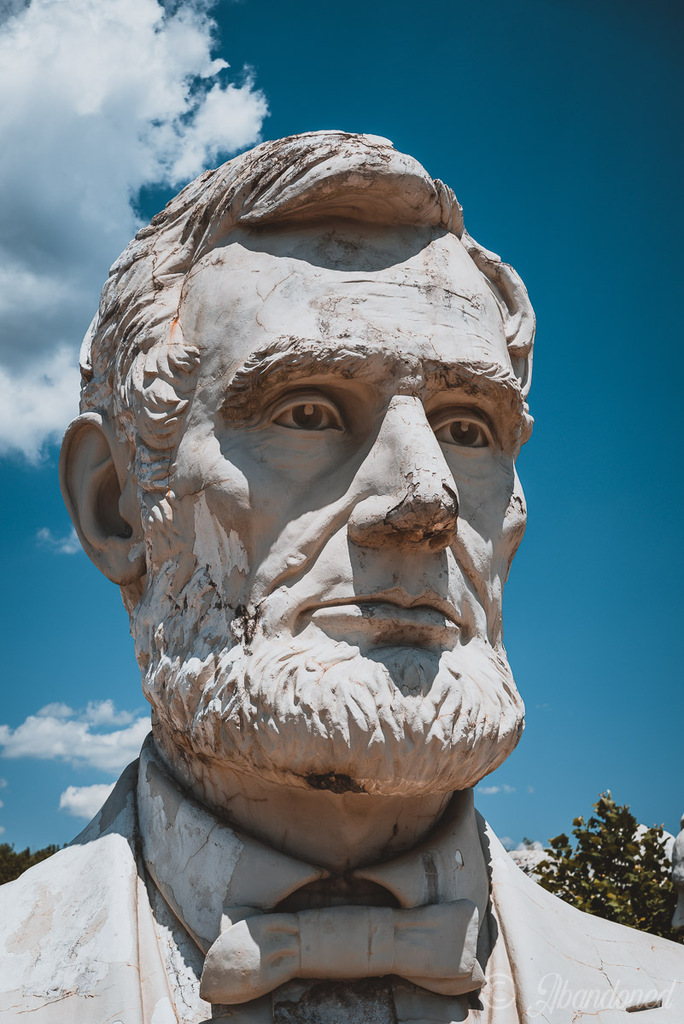 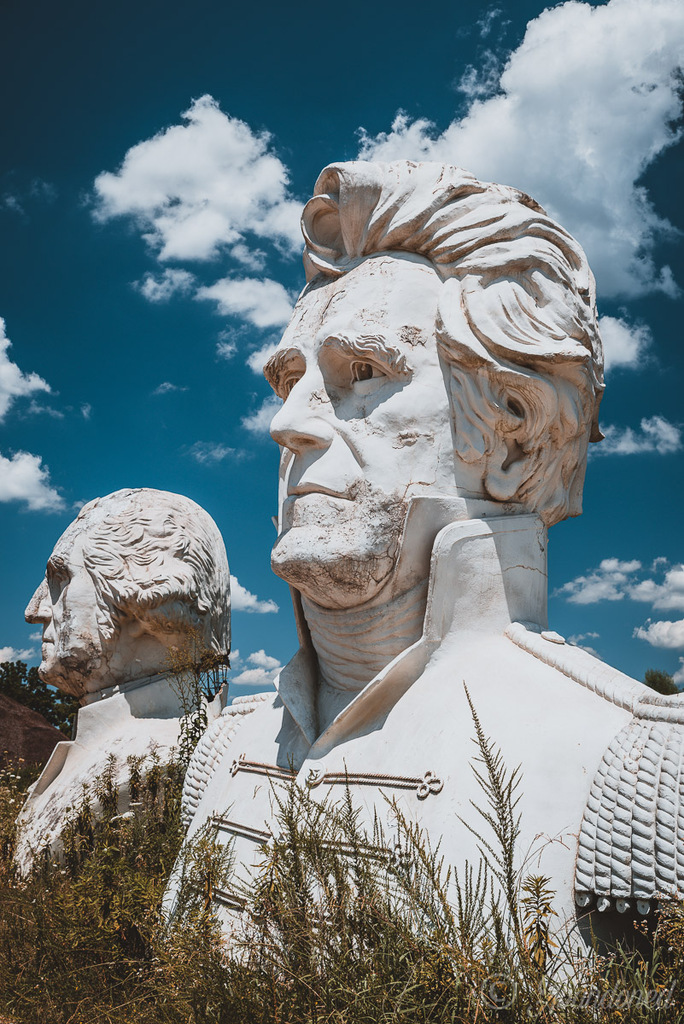 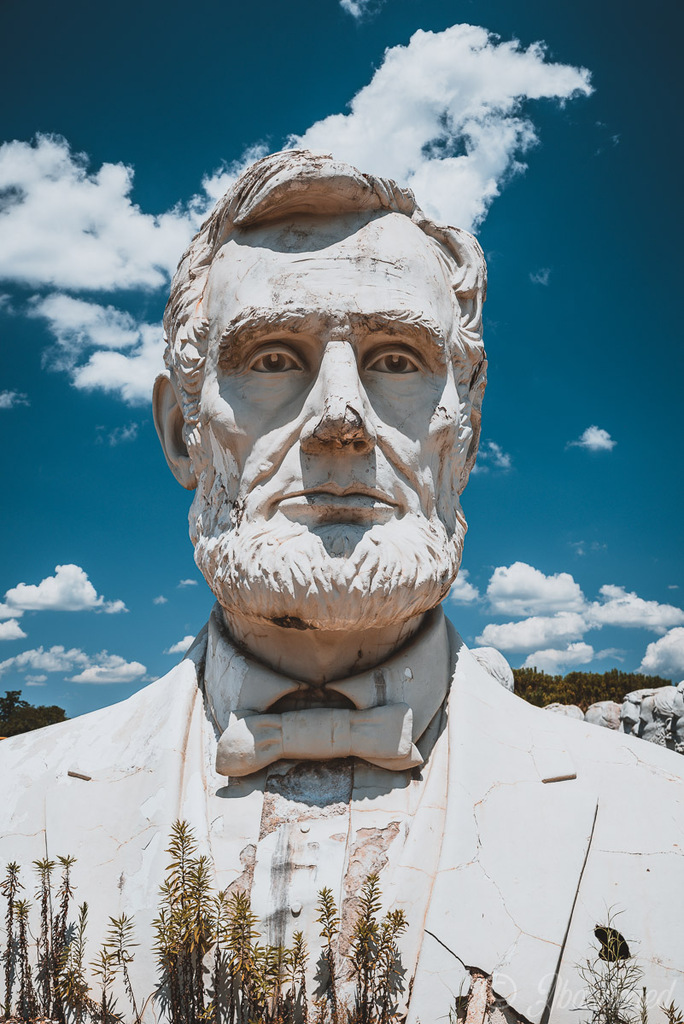 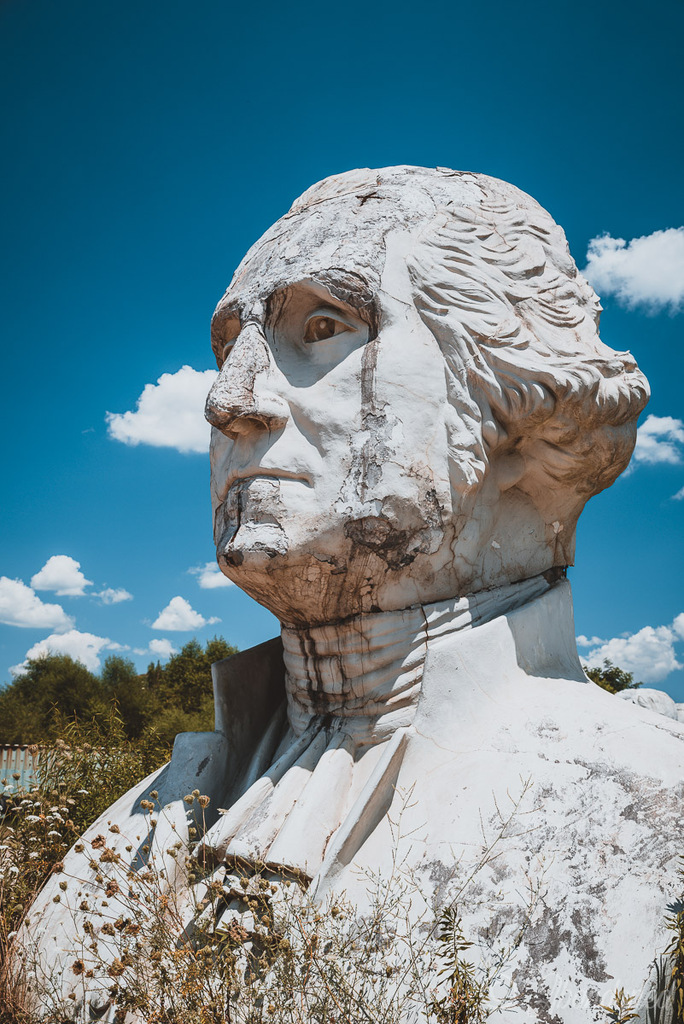 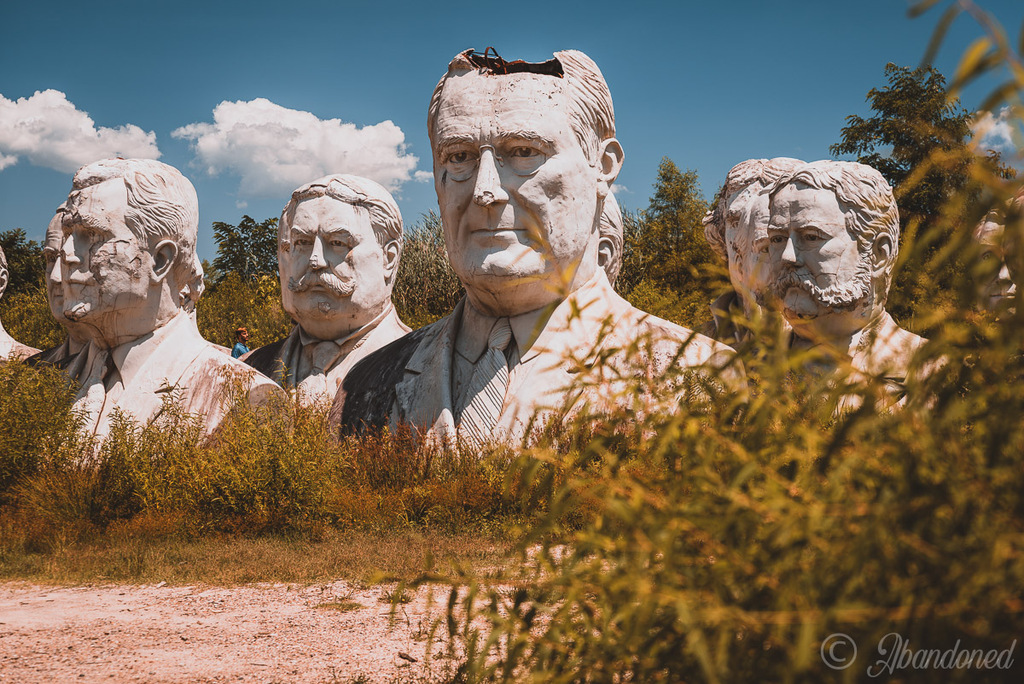