Smallwood Pulp Stone Company quarried pulpstones from sandstone mines between 1914 and 1932 in eastern Ohio. The pulpstones were used to grind wood into a paste.

Pulpstones were cut from sandstone strata and shaped into cylinders 4′ to 5′ in diameter and 2′ to 4′ wide and were used to grind wood into fine fiber for the production of paper and pulp. 1 Charles Fennerity of Halifax, Nova Scotia discovered the use of pulpstones to grind wood into a paste, and the first pulp mill that utilized a grinding will was erected in 1846 by H. Voelter. The grinding of pulp freed the fiber in the wood from its bond of lignin.

Most pulpstones were imported from Newcastle-upon-Tyne, England until mines in Ohio began supplying the stones locally in the late 1800s. 1 Ohio had provided about 90% of the 4½ million tons of grindstones in the United States, most of them used to grind metals in preparation for polishing or painting finely.

The Smallwood Pulp Stone Company began a surface mining operation to obtain Upper Freeport sandstone at Empire, Ohio in 1914. 1 By 1917, the company operated quarries at Empire and Opekiska, West Virginia. At both operations, a coal-fired, compressed-air machine cut the quarried sandstone into blocks 20′ square and 10′ to 12′ thick. The channeling machine would cut grooves approximately 3″ wide into the sandstone using chisel-like teeth. An outline of the sandstone block was cut, holes were drilled at the base, and explosive charges were placed in the holes. The sandstone was detonated and then further refined with additional drilling and blasting.

The blocks were then “scabbed” with compressed-air tools that produced a cylindrical stone shape. 1 A 4″ to 5″ square or round eyehole was cut through the center of the stone. It allowed for the stone to be placed on a lathe. As the stone was turned, iron rods resembling crowbars were held against the rock to produce a smooth edge.

At around 1920, three drift openings were made into the sandstone by Charles and James Vance to access additional Upper Freeport sandstone deposits as removing the overburden from surface mining, became cost-prohibitive. 1 The openings measured 30′ wide and 25′ high. The sandstone was mined by the room-and-pillar style of mining with the interiors were supported by steel I-beams.

Finished pulpstones were moved down the hillside by a gravity-type tramway where they were loaded onto railroad cars and transported to pulp mills in Michigan, Wisconsin, and Canada. 1

The introduction of artificial pulpstones that could withstand higher stresses caused the pulpstone market to contract in 1930 rapidly. 2 No pulpstones were produced in Ohio after 1931, 1 2 and the Smallwood mine at Empire was idled in 1932 and ultimately abandoned in 1937. 1 Some of the steel I-beams that supported the interiors were later removed and sold as scrap iron for the World War II effort.

In 1988, the Ohio Department of Natural Resources, Division of Mines and Reclamation considered sealing the drift openings. However, an assessment was made of the mine for its use as potential bat habitat. 1 Although no bats were documented, the mine was determined to be an ideal habitat for the endangered Indiana brown bat. A bat gate was installed over the drift openings in 1991. 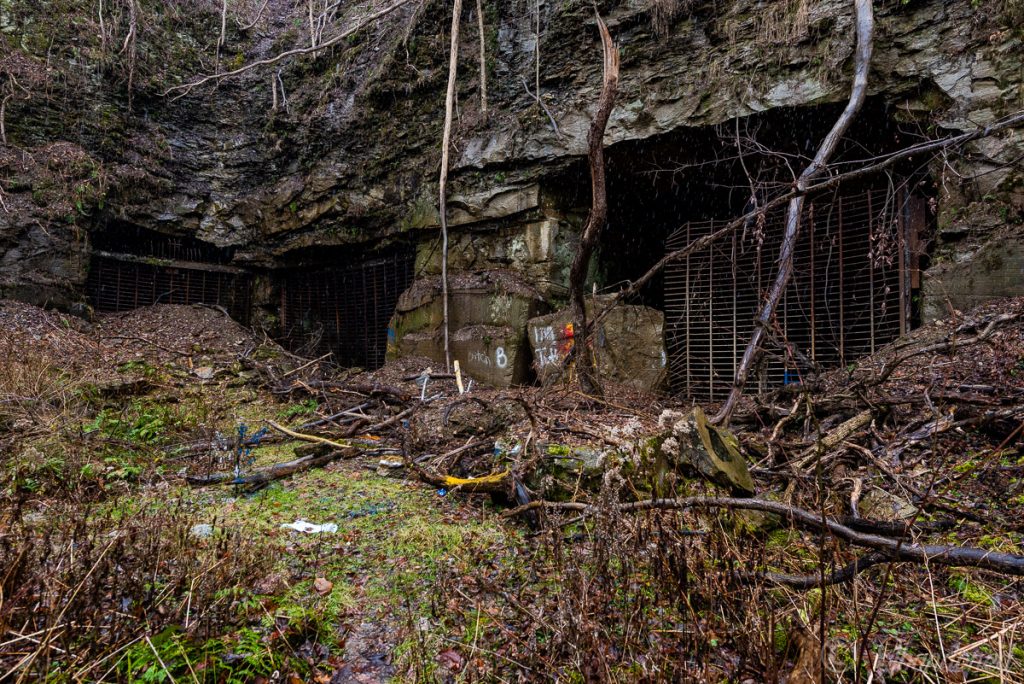 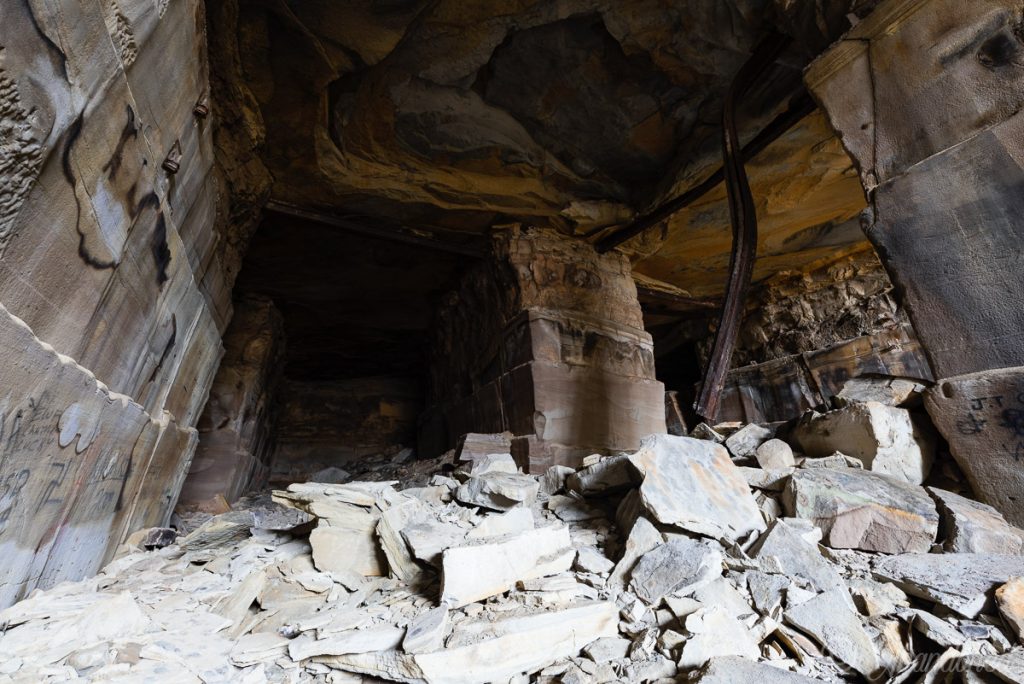 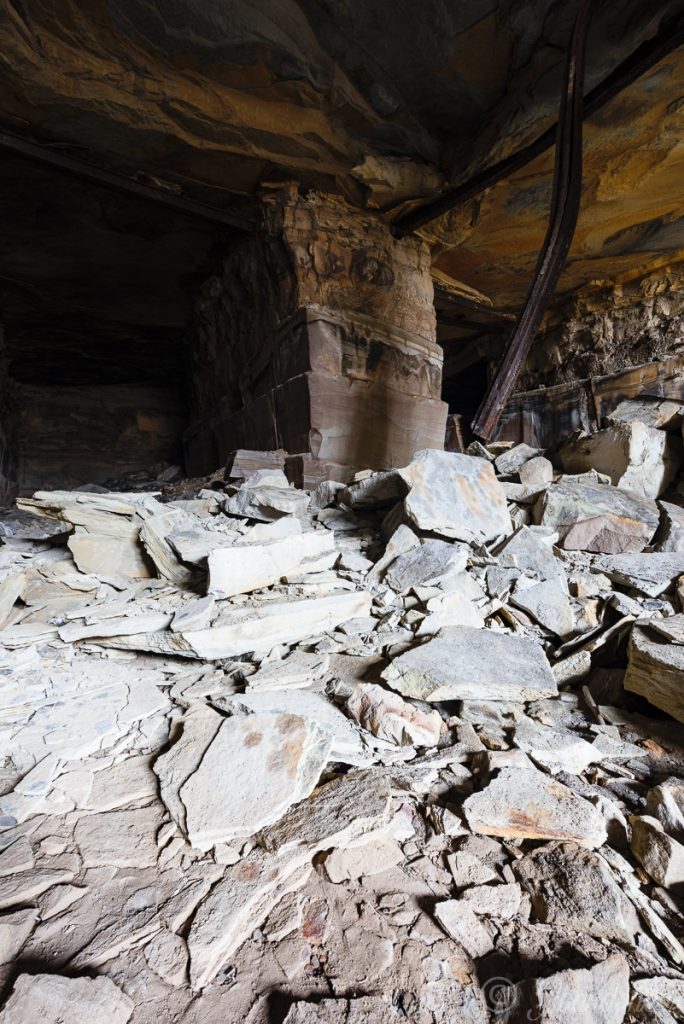 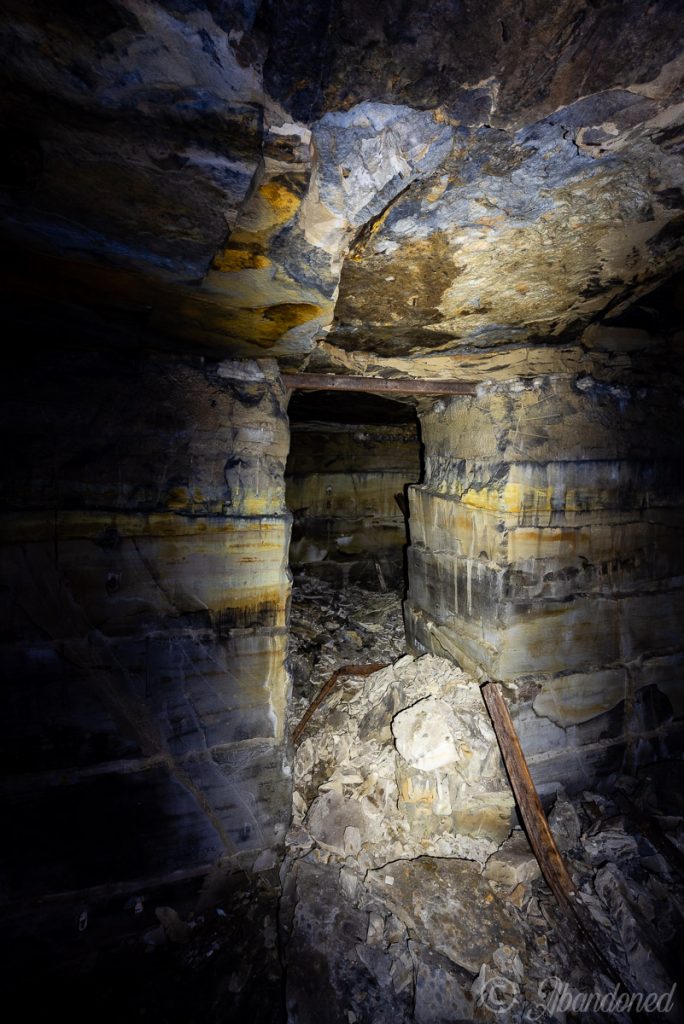 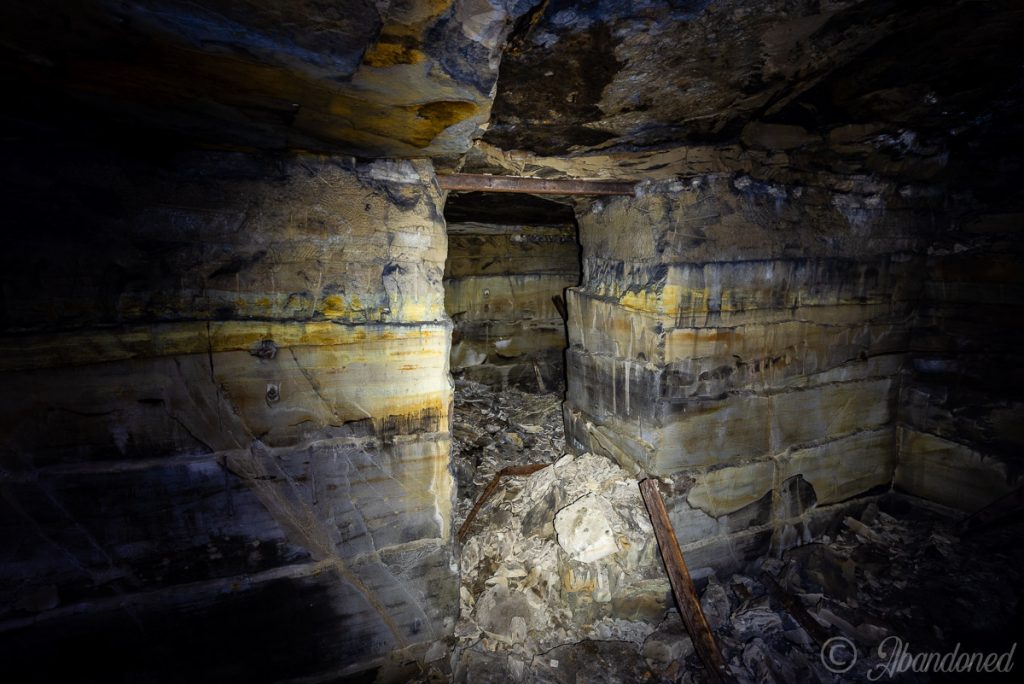 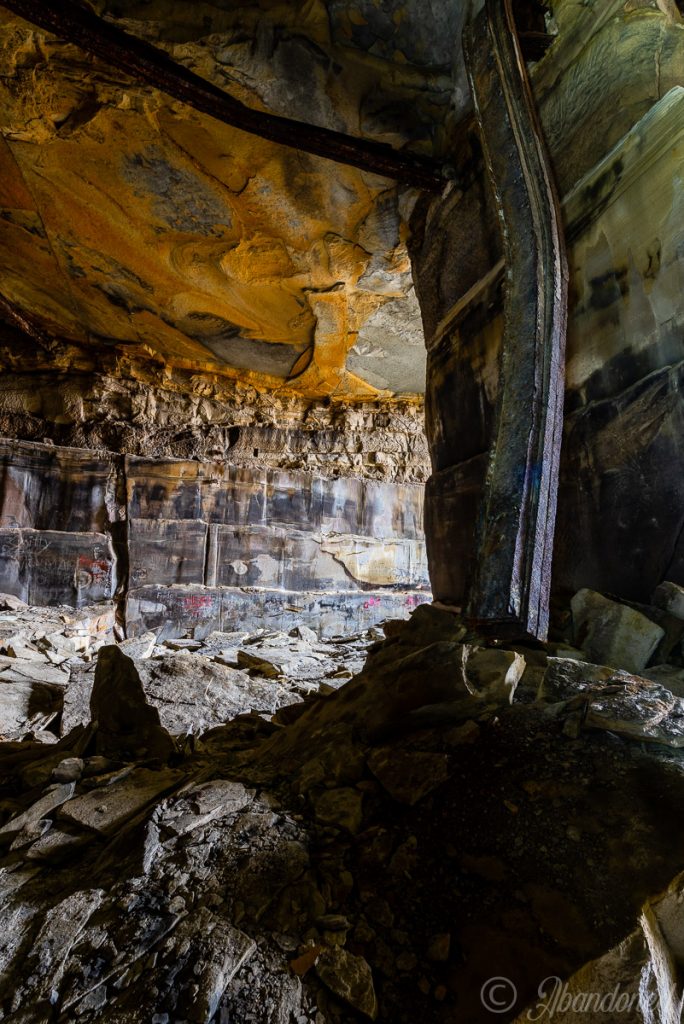 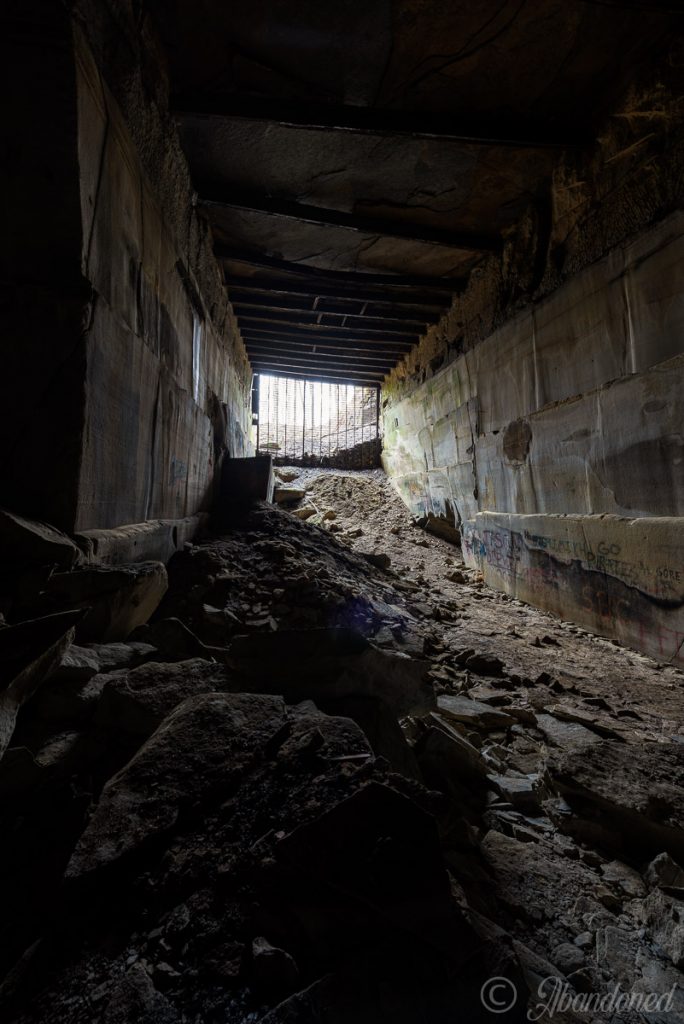 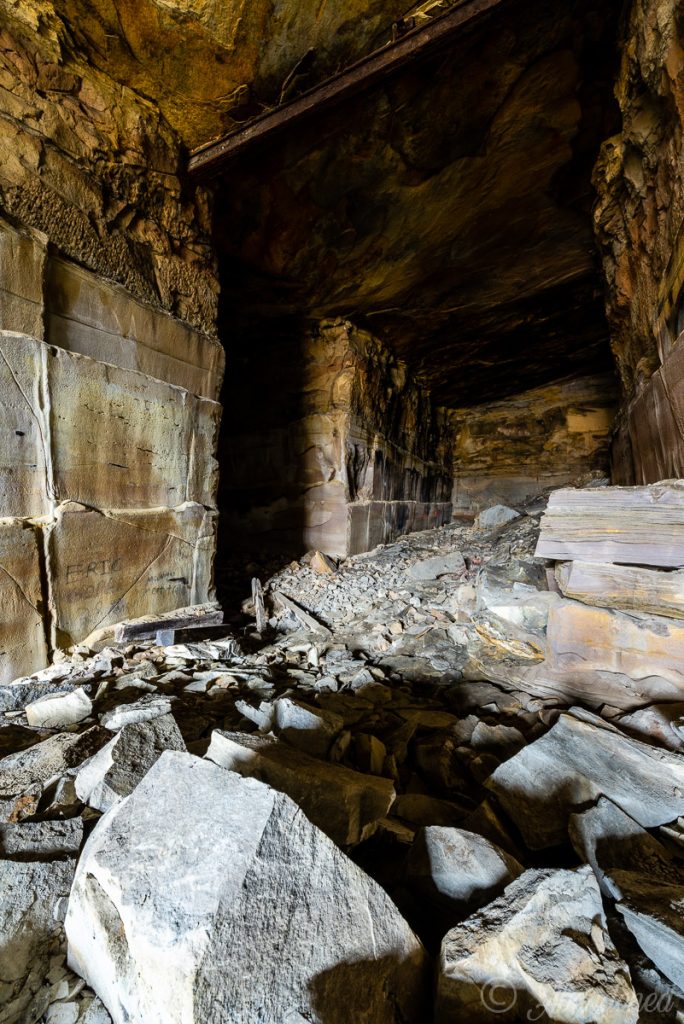 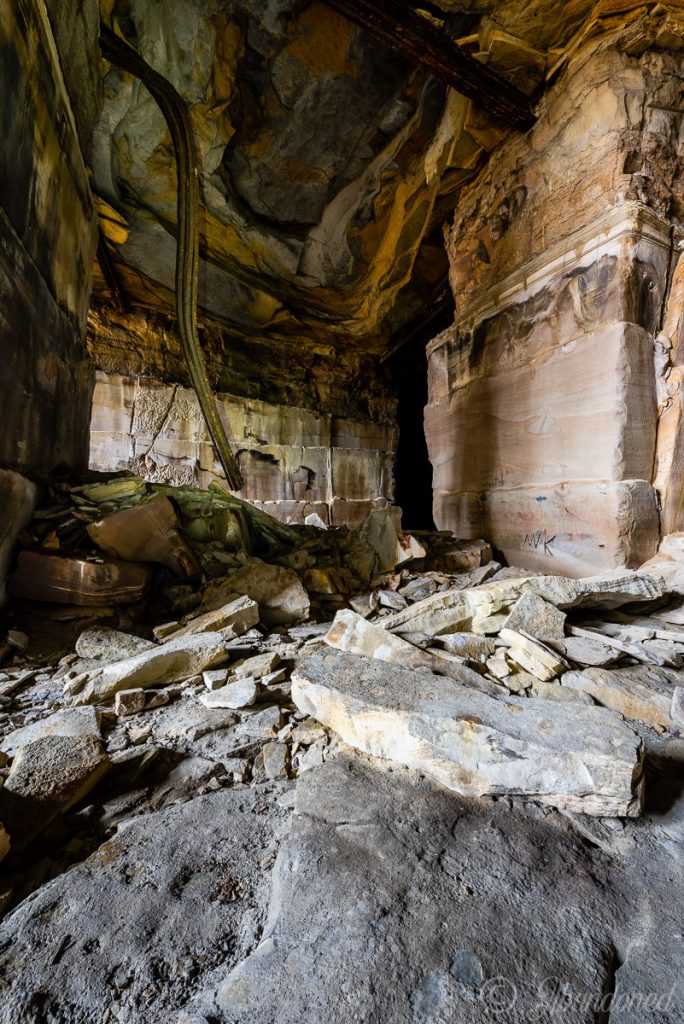 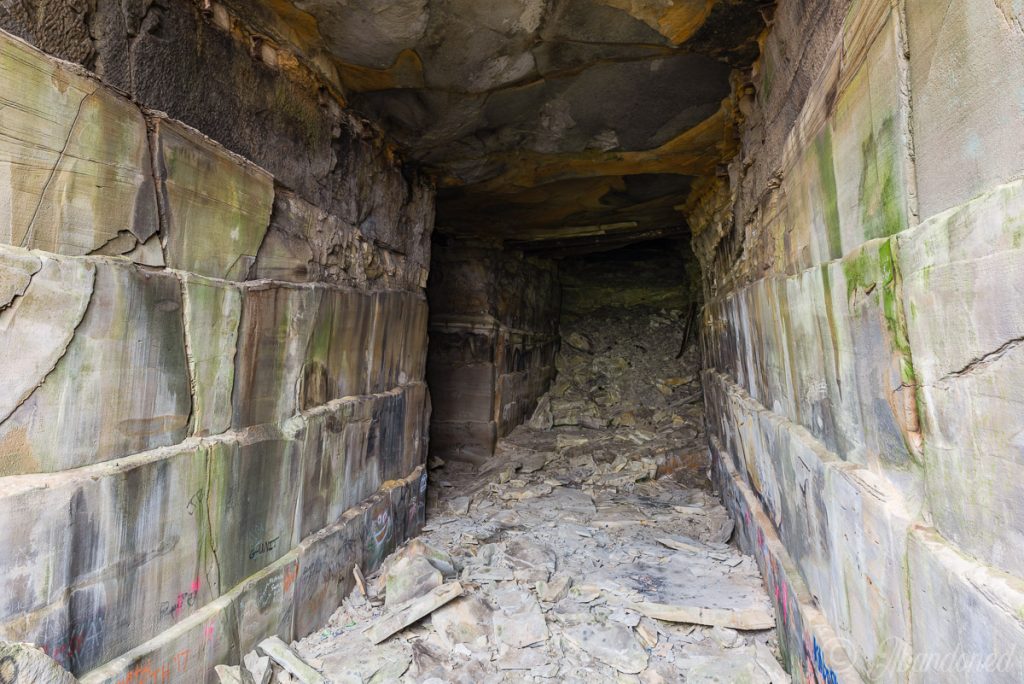 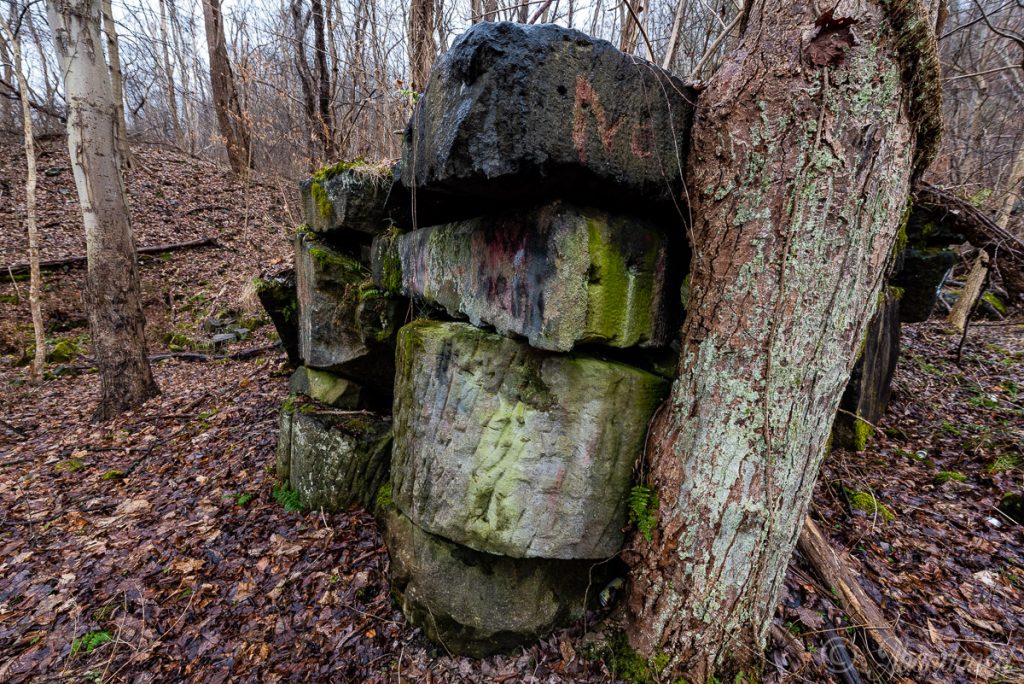 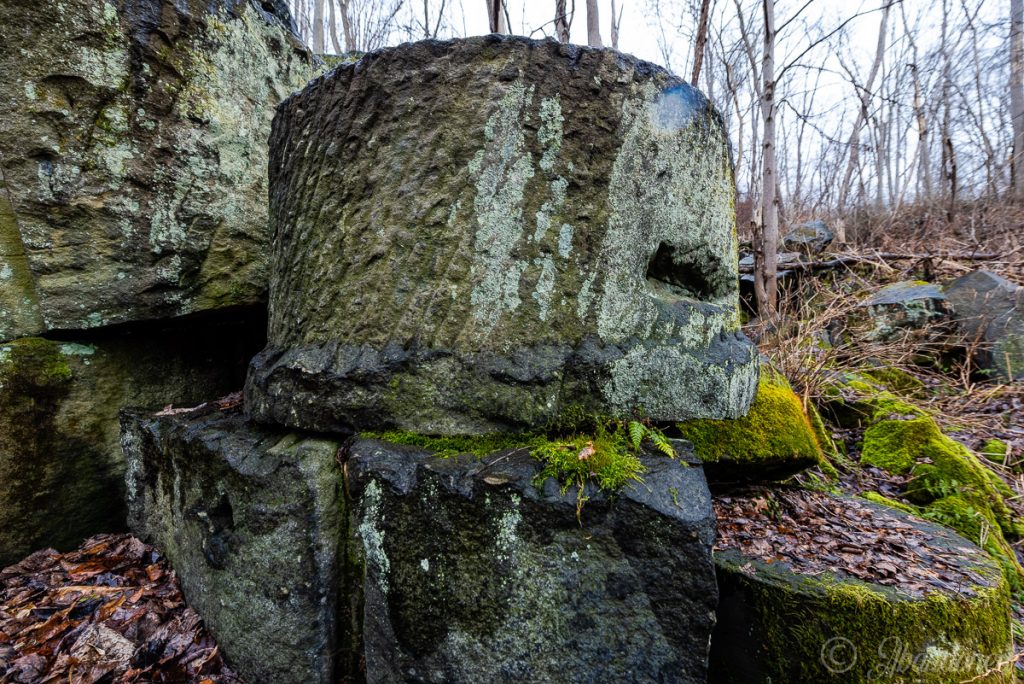 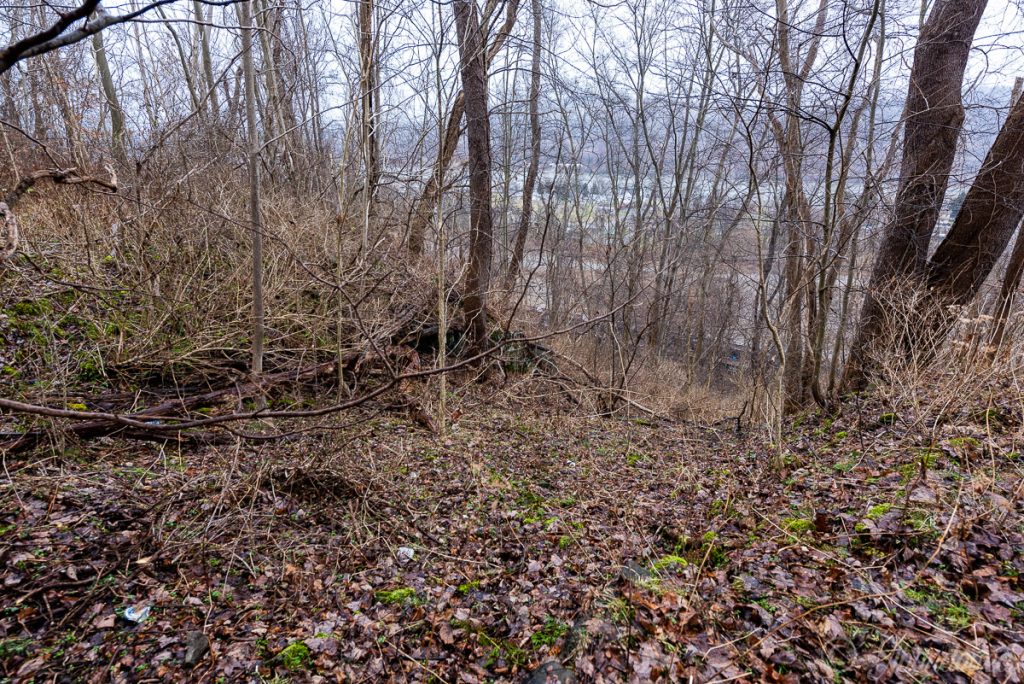 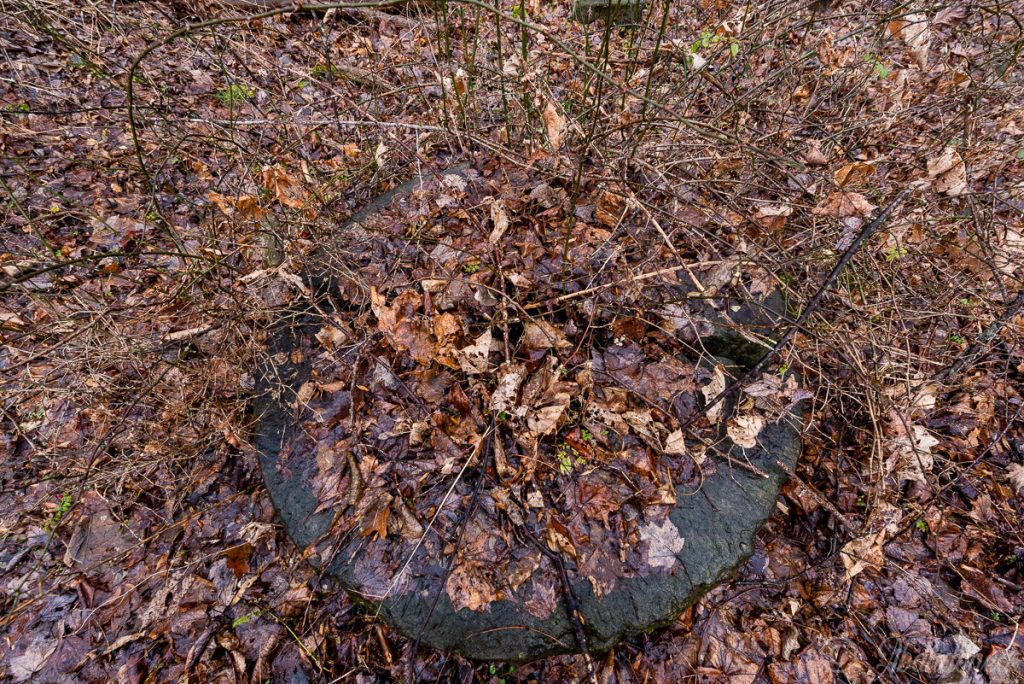