The Warner & Swasey Company is a former manufacturer of machine tools, instruments and speciality equipment in Cleveland, Ohio. It was best known for its astronomical telescopes and turret lathes for astronomical observatories and military installations. Founded as a partnership in 1880 by Worcester Reed Warner and Ambrose Swasey, the main factory was located at Carnegie Avenue and East 55th Street.

Warner and Swasey met as apprentices while working at Exeter Machine Works in Exeter, New Hampshire in 1866. 1 Both later left Exeter and relocated to Hartford, Connecticut where they worked for Pratt & Whitney, a machine tool manufacturers. Warner became in charge of an assembly floor while Swasey became a foreman of the gear-cutting department. 2 At Pratt & Whitney, Swasey invented the epicycloidal milling machine for cutting true theoretical curves for the milling cutters in use for cutting gears. Their works were exhibited at the Philadelphia Exposition in 1876. 22

In May 1880, Warner and Swasey resigned from Pratt & Whitney to start a machine tool manufacturer. 2 The pair moved to Chicago 11 but found the city to be lacking in experienced machinists. 3 In March 1881, the pair settled on Cleveland, Ohio along Mason Street (later renamed Carnegie Avenue) and the Cleveland & Pittsburgh Railway, erecting a three-story brick building, 100 feet by 45 feet in size. 11 Warner and Swasey needed to rapidly start-up for they had gained an impressive order of 130 machines for the new works of the Joel Hayden Brass Company in Lorain.

The partners won medals for their lathes at the Paris World Exposition in 1889 and 1893. 22

For the next 20 years, Warner and Swasey worked without a formal corporate agreement, producing lathes, milling machines, and telescopes. 4 11

Swasey and Warner reorganized the company under the name of The Warner & Swasey Company in 1900. 5 The new company began to place more emphasis on the production of turret lathes, which were very profitable. The company was quick to develop lathes for the plumbing industry to meet the demands for indoor fixtures. 22 Later uses included early automobiles, farm machinery and airplanes.

In 1904, a five-story addition was built to the west of the original structure. 22 The original building was demolished in 1908 to make room for a five-story extension of the circa 1904 structure. Subsequent additions were made later, including the south side of Carnegie Avenue, encompassing 22 acres and 950,000 square feet.

By 1928, Warner & Swasey was the world’s largest manufacturer of such turret lathes and other implements. 8

The company began to focus on construction and materials handling equipment, and textile machinery in the 1950s. 8 13 It employed 2,000, many at its machine tool division plant along Carnegie Avenue, by 1965.

Warner & Swasey announced on January 17, 1968, that it would relocate its corporate headquarters from its machine tool division plant to a new complex at the University Circle Research Center. 12 It leased the entire third floor of a $3.5 million building at 1100 Cedar Avenue.

In February, the company founded its electronic products division to concentrate on electronic control systems and related equipment. 13 A month later, Warner & Swasey opened a new plant at 30300 Solon Industrial Parkway in Solon. It was it third major facility in the suburban city, joining the Research & Development Center. The new complex produced turning centers, a machine that shapes metal parts by holding and turning it rapidly against the edge of a cutting tool among other implements. 9

Competition from Japan and Taiwan began to erode the market share for Warner & Swasey by the 1970s, causing the company financial distress. 9

To better compete against foreign competition, Warner & Swasey was acquired by Bendix Automation in 1980 for $300 million, 19 becoming the Warner & Swasey Division. 14 Bendix consolidated the manufacturing, sales, service, and technical departments of Warner & Swasey into its own and refocused the new division into developing high-tech and automated solutions for manufacturers.

One of its first releases was in 1983 with the WSC-8E7, a stand-alone and unmanned manufacturing system designed to fit within a factory, a bridge between stand-alone turning machines and automated systems. It was one of three products to be released in the year. The company also revised a circa 1960 machine that had 132 gears and shafts into one integrated unit that had just six moving parts.

In August 1982, Bendix made a hostile takeover bid for Martin Marietta. It ended two months later when Allied took over Bendix, creating the Bendix division. Allied also acquired a 38% stake in Martin Marietta. 15

Warner & Swasey reported a sharp drop in profits in November. 20 In response, the division completed a survival plan that resulted in consolidated office space in its Carnegie Avenue plant. The company also moved some product lines to Japan, closed a small plant in Tennessee, and began advertisement of its high-technology products. By the end of 1983, 31% of Warner & Swasey sales came from new products developed since 1982. 14

Cross & Trecker, like Allied before it, suffered from flat orders, weak prices, and foreign competition. 17 A downturn in automobile manufacturing, which accounted for 40% of Cross & Trecker sales, caused financial pains for the company. A cost reduction program eliminated $12 million, but the company still showed a net loss of $2.9 million for the fourth quarter of 1986. It was a sharp contrast to net income of $2.6 million a year earlier. The company did spend record amounts in research and development for new product lines.

Cross & Trecker was then absorbed by Giddings & Lewis, a Wisconsin tool company. Giddings & Lewis closed the Solon factory in January 1992 in response to $100 million in losses from 1988 to 1991. 6 9 It left 250 unemployed. Giddings & Lewis blamed imports from overseas companies, which accounted for 70% of the domestic market, for the closure. 9

In 1988, Cuyahoga County considered reusing the Warner & Swasey Carnegie Avenue facility for its Health and Human Services Department and a 408-cell county jail annex. The footprint of the building was found to be too inefficient. 21

The city of Cleveland was deeded the property in 1991. It then proposed to convert the abandoned factory into a municipal center. 6 The idea never came to fruition, although the western section was reused as a garage for idled city vehicles.

In 2010, the city solicited proposals from developers to rehabilitate the Warner & Swasey complex. 10 A round of bidding led to a $1 sale agreement with Hemingway Development, a division of the Geis Companies. 6 10 Hemingway was interested in converting the buildings into a high-tech office, laboratory, and manufacturing center.

The city put forth $35,000 towards an environmental study and plan 7 and began asbestos remediation at a cost of $1.3 million. 6 At the same time, the city secured commitments for up to $13 million in federal funds, in the form of a $10 million low-interest loan and a $3 million grant from the U.S. Department of Housing and Urban Development. The federal money, though, was tied to job creation. To acquire the maximum loan and grant package, the Hemingway Development project needed to create 360 jobs.

In January 2014, the city solicited proposals from developers for a second time due to a stronger real estate market. 10 It found little interest. 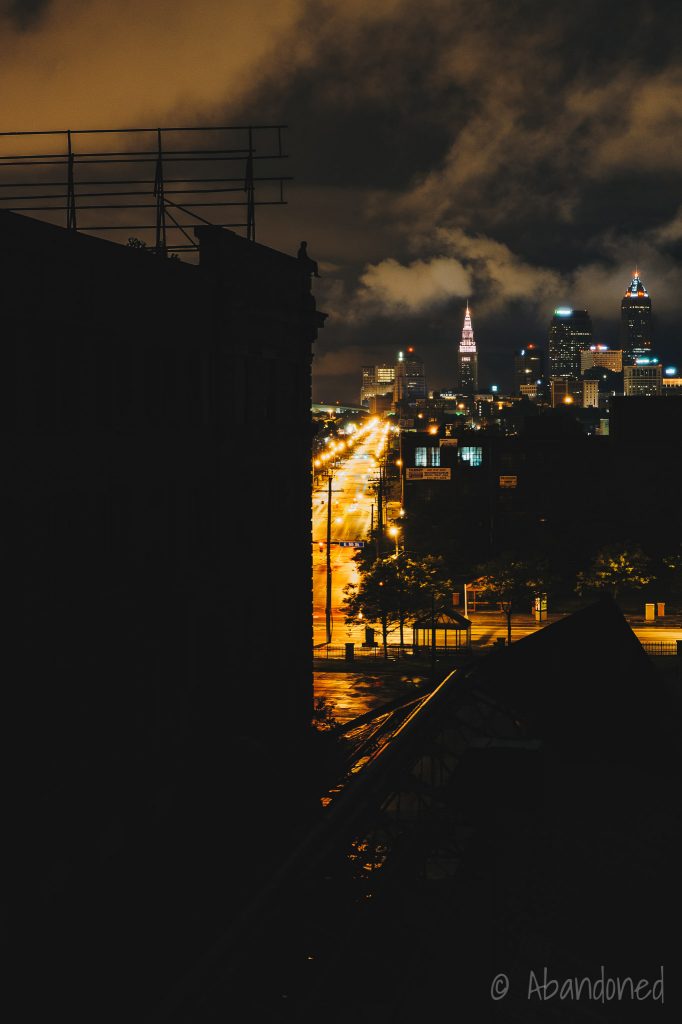