The abandoned Warner & Swasey Observatory, constructed by Worchester Warner and Ambrose Swasey as a gift for Case School of Applied Science, is located in East Cleveland, Ohio.y

Worchester Warner and Ambrose Swasey founded the Warner & Swasey Company in 1880 15 and manufactured telescopes and other precision tools. Warner and Swasey became trustees of the Case School of Applied Science and constructed an observatory for the school in East Cleveland as a gift. 1 13

Designed by the architectural firm Walker & Weeks, 1 the observatory was built between 1918 and 1920 12 at the cost of $87,000. 13 The original wing on the south end consisted of a copper dome atop a cylindrical brick tower for a 9½-inch refractor, which was relocated from the backyard of Warner and Swasey’s mansions on Euclid Avenue. 11 The new facility also included two four-inch transits, a zenith telescope, and two Riefler clocks. 8

The new observatory was dedicated at 2:30 p.m. on October 12, 1920. 8 Dr. W.W. Campbell, one of the most noted astronomers of the world and director of the Lick Observatory, gave the opening address.

Light pollution from Cleveland began to impact the dark skies that initially attracted Warner and Swasey to East Cleveland. A new $200,000 observatory, Nassau Astronomical Station, was completed 30 miles to the east in Geauga County 7 on September 7, 1957. 11 The Burrell Schmidt telescope was relocated to the new facility. To compensate for the relocation, a 36-inch telescope was installed at the East Cleveland location. 2

An enlargement of the library and office space were completed in 1963. 13

In 1978, the Astronomy Department at Case Western Reserve University made a deal with the Association of Universities for Research in Astronomy to build a new observatory at Kitt Peak National Observatory in Arizona. 2 The Burrell Schmidt telescope was moved from the Geauga County observatory was relocated in May 1979, 12 and the 36-inch reflector from the East Cleveland facility was moved to Nassau in 1980.

Public night lectures, which were open to the public, were relocated to the Cleveland Museum of Natural History’s Murch Auditorium in 1979. 7

After the reflector was removed from the East Cleveland facility, the building was used for offices for Case Western. In 1982, the five remaining faculty members 7 who were stationed in the building were moved to the main campus of Case Western. 2 The structure was sold in 1983 to a partnership controlled by Alfred Quarles 13 for the television outfit, TBA, Inc. 10 12 for $130,000. 13

The abandoned observatory was sold at a foreclosure auction on September 6, 2005, to Nayyir Al Mahdi and his girlfriend, Stacey Stoutemire, for $115,000. 14 The couple had planned on restoring the building into a residence. 3 4 The plans were scrapped after the owner was convicted of mortgage fraud and sent to prison in 2007. 5 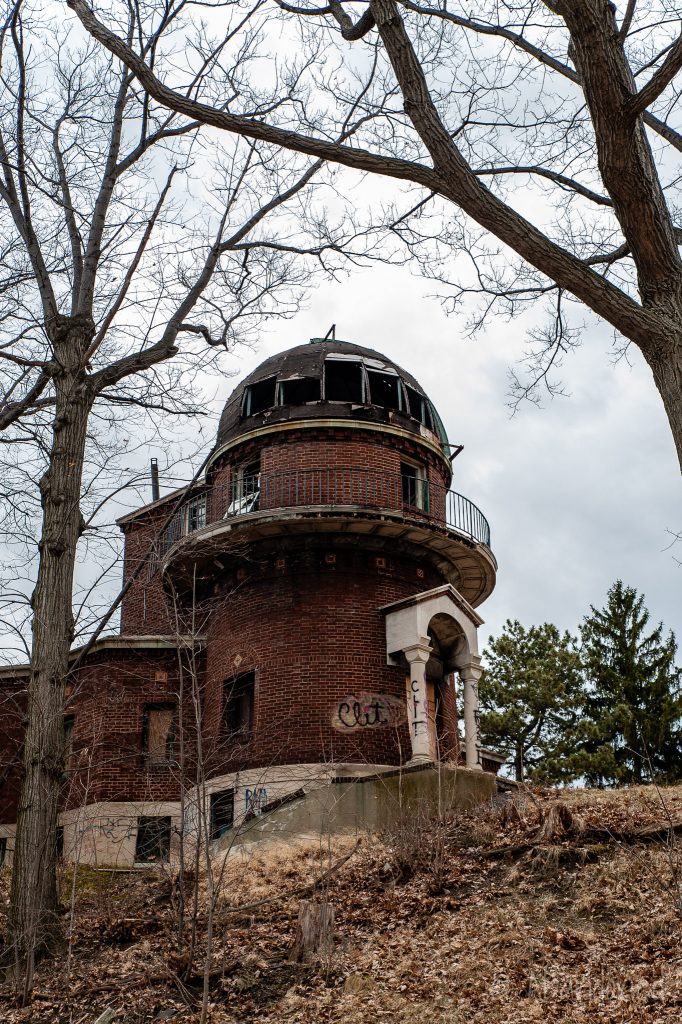 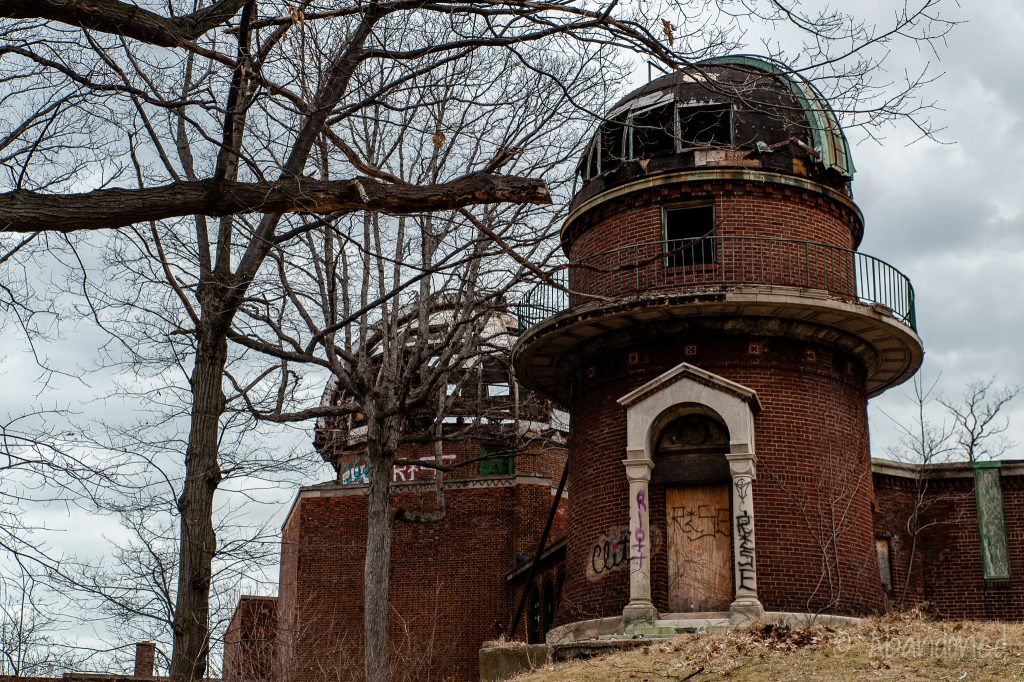 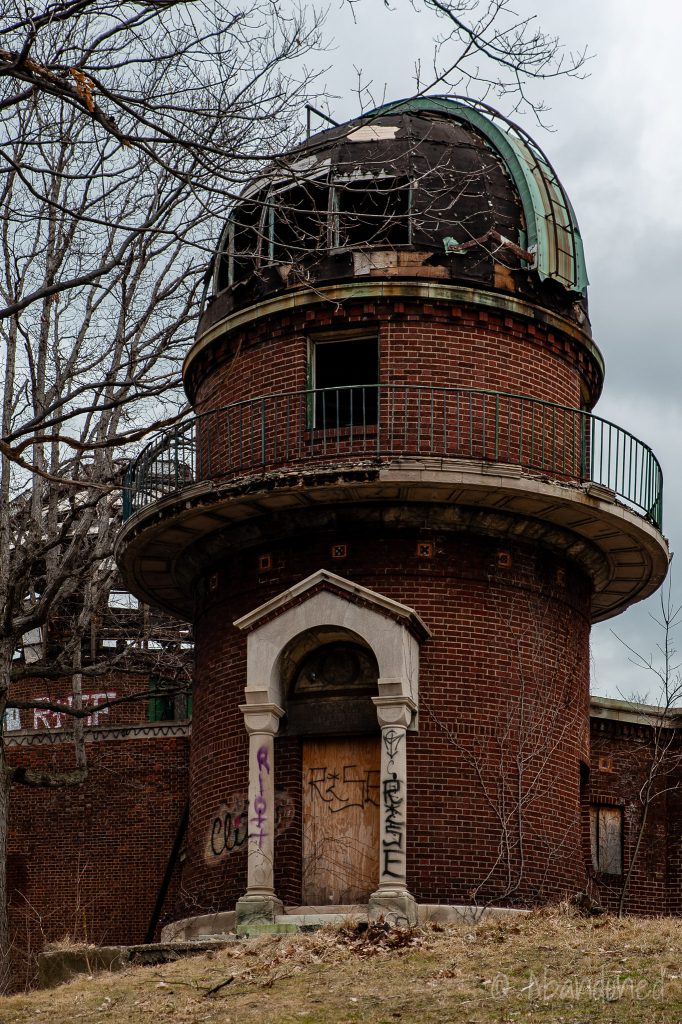 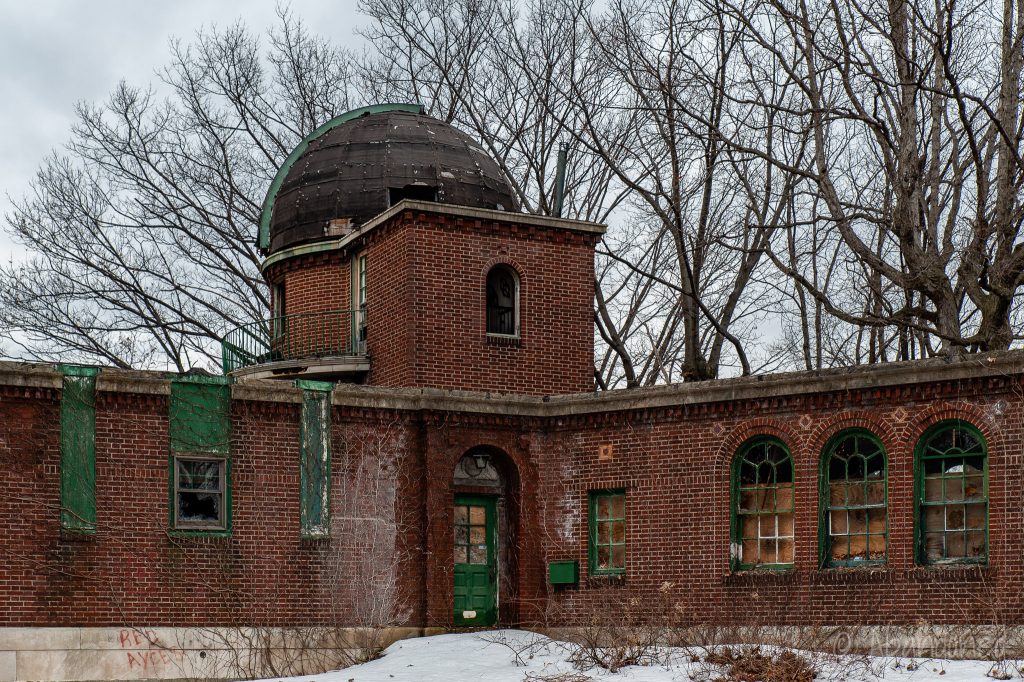 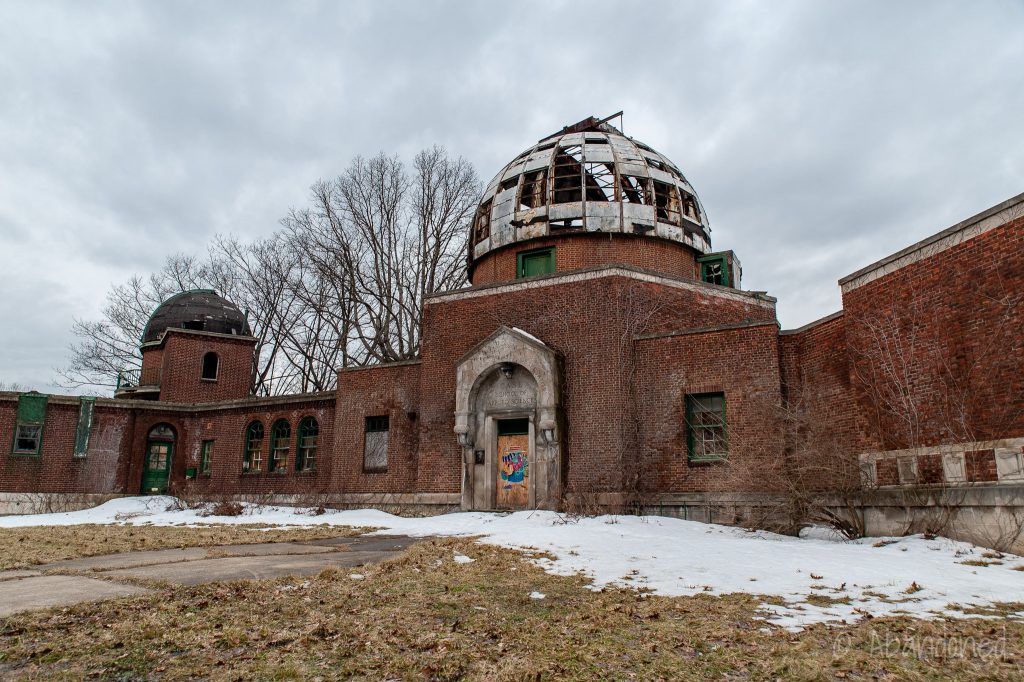 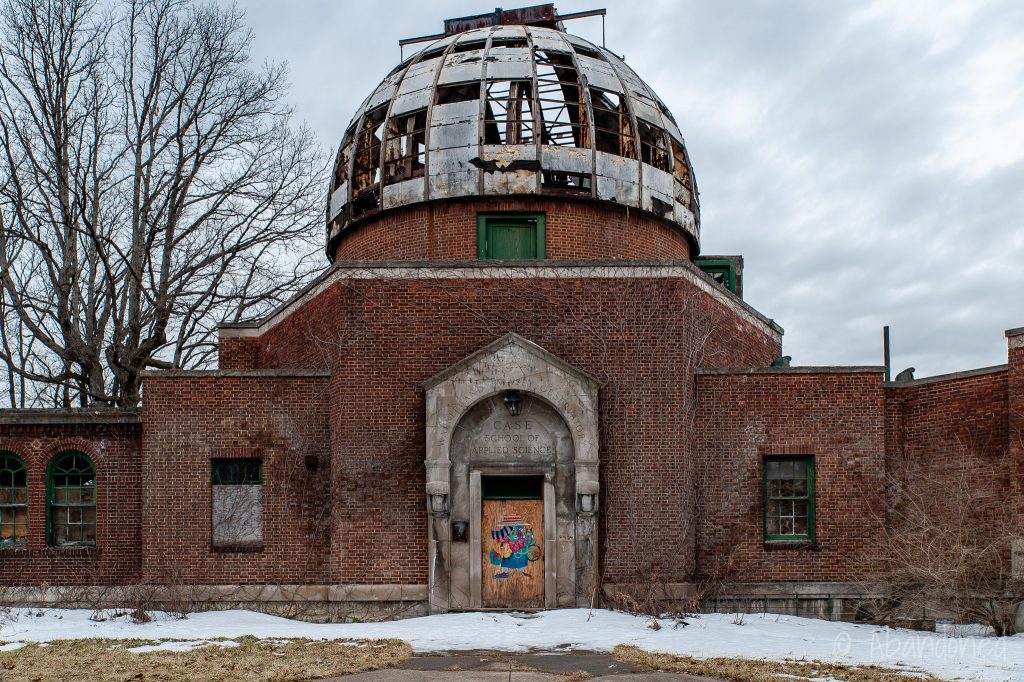 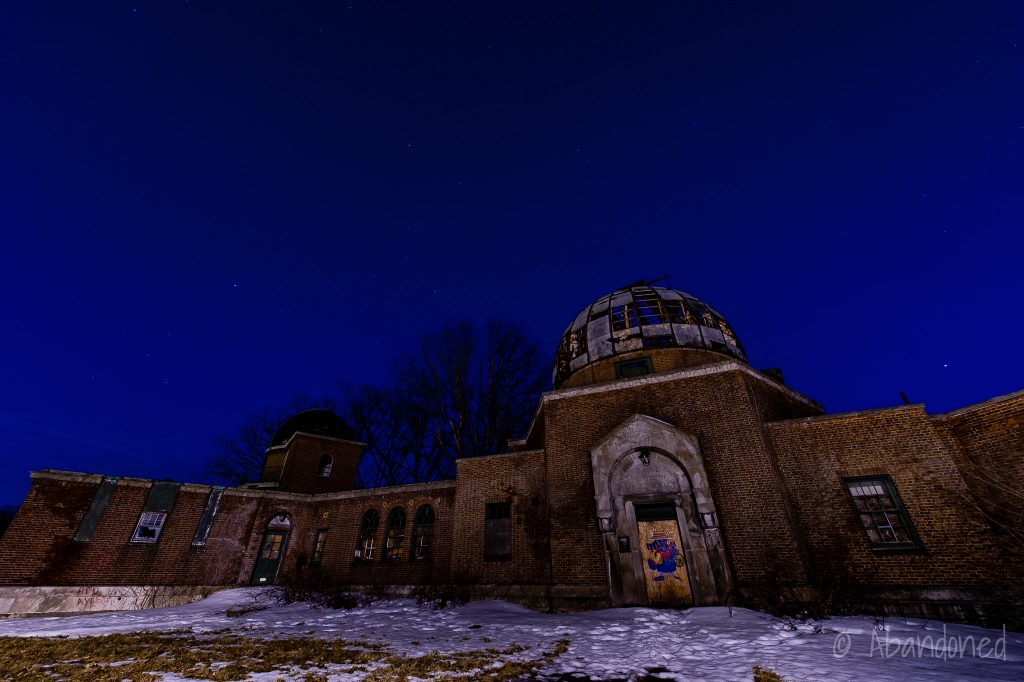 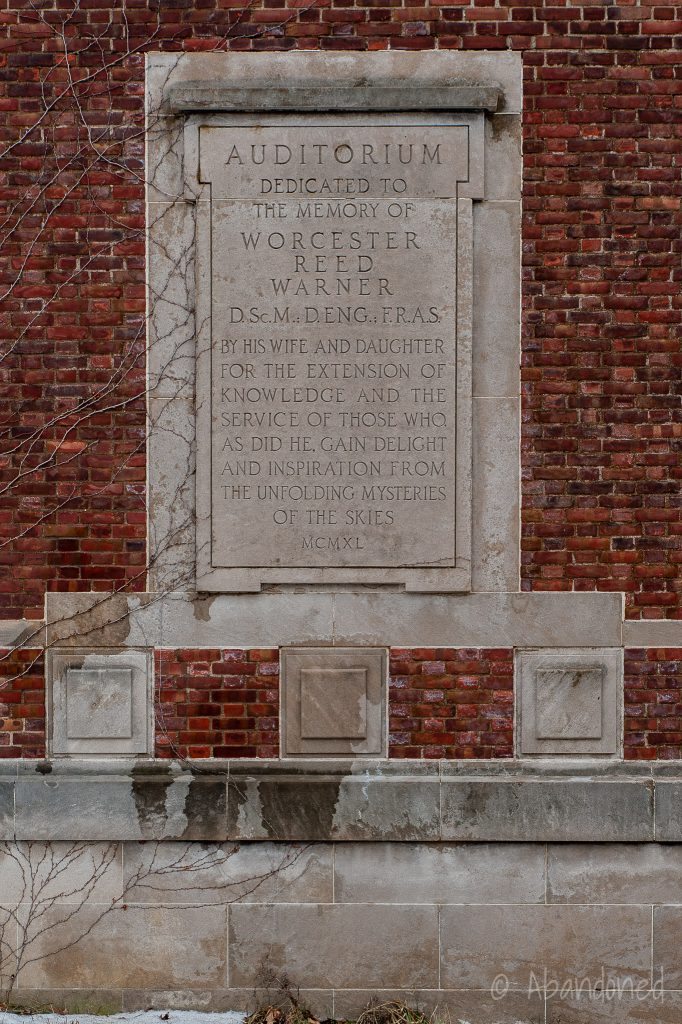 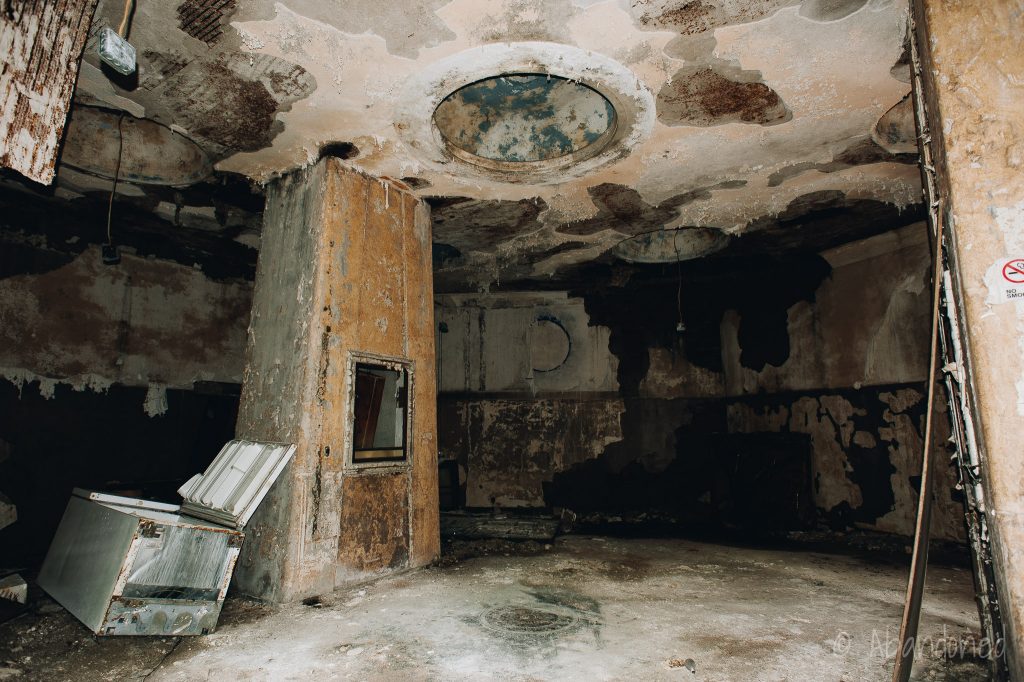 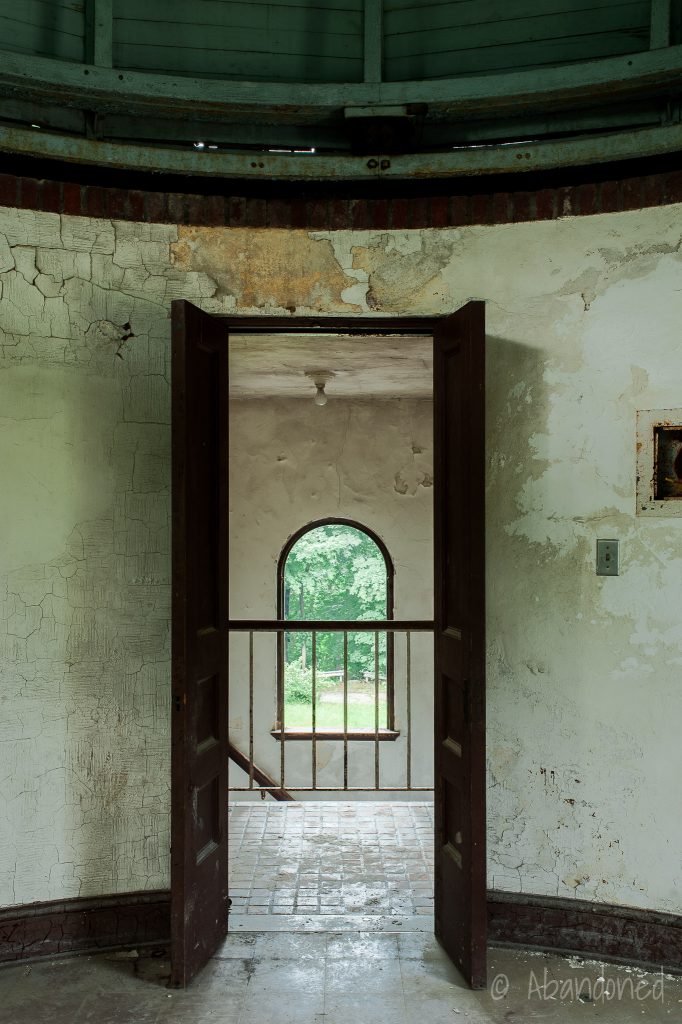 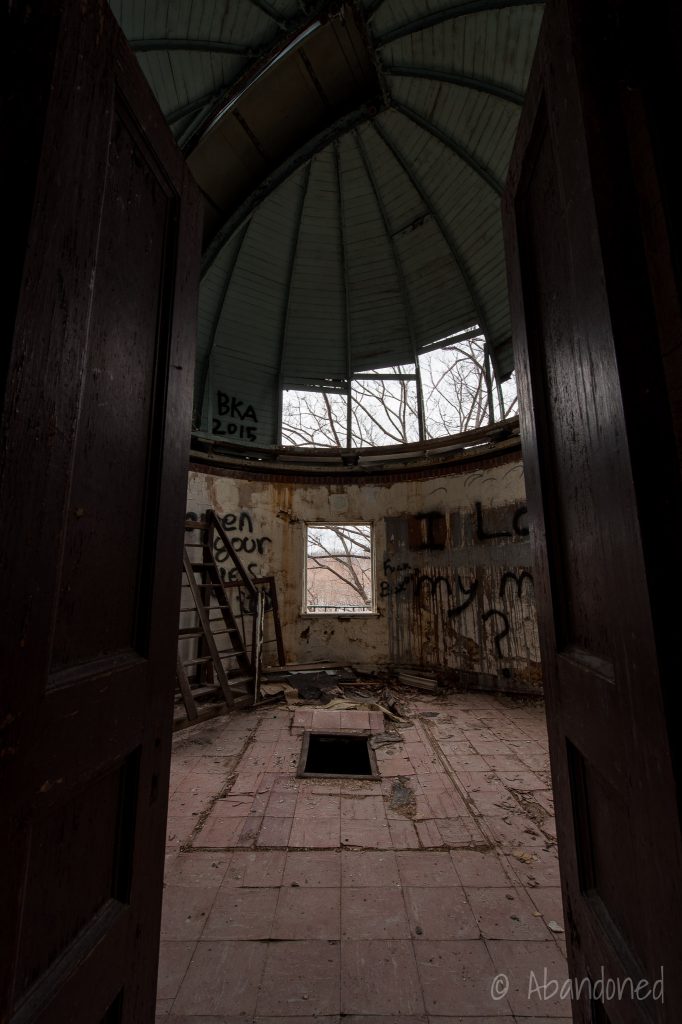 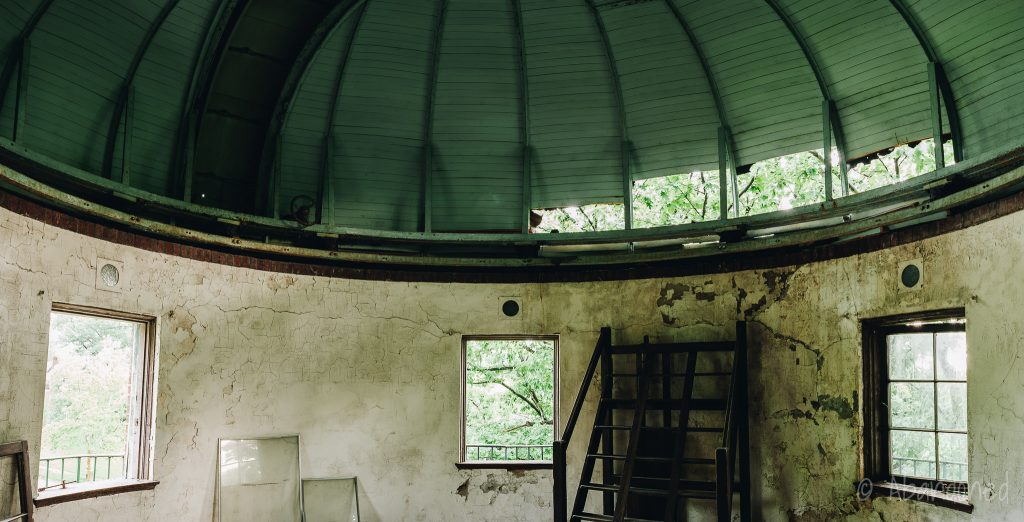 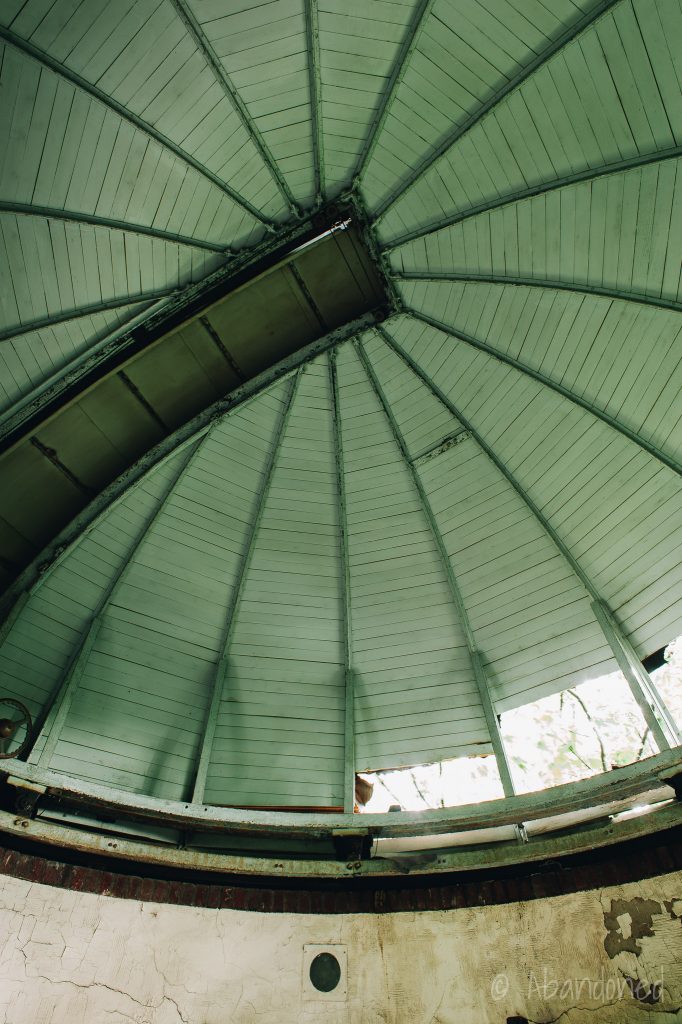 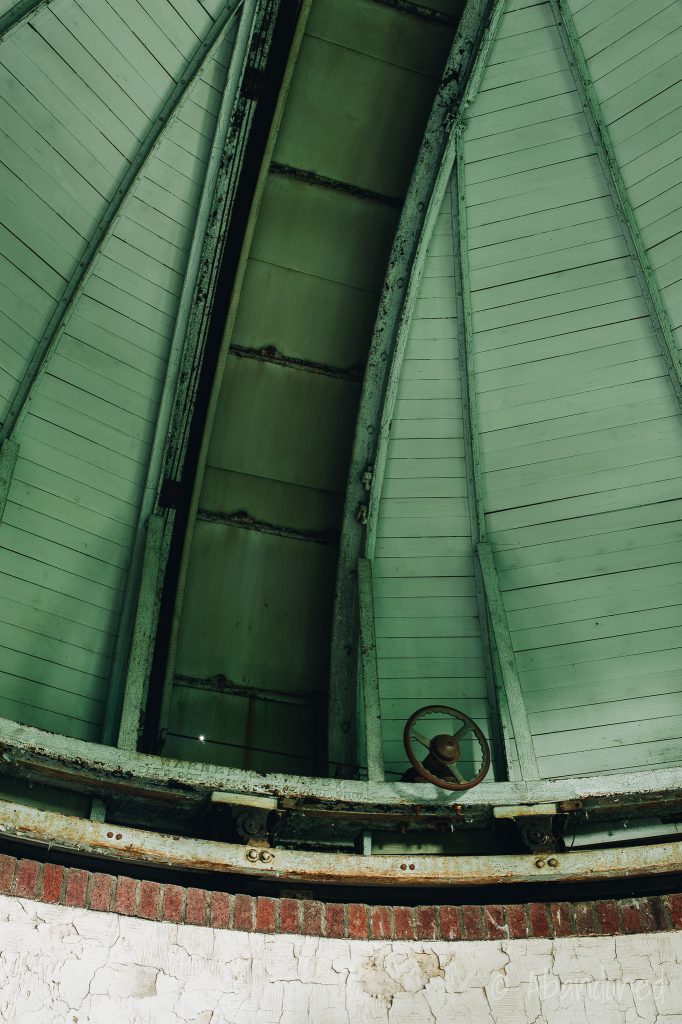 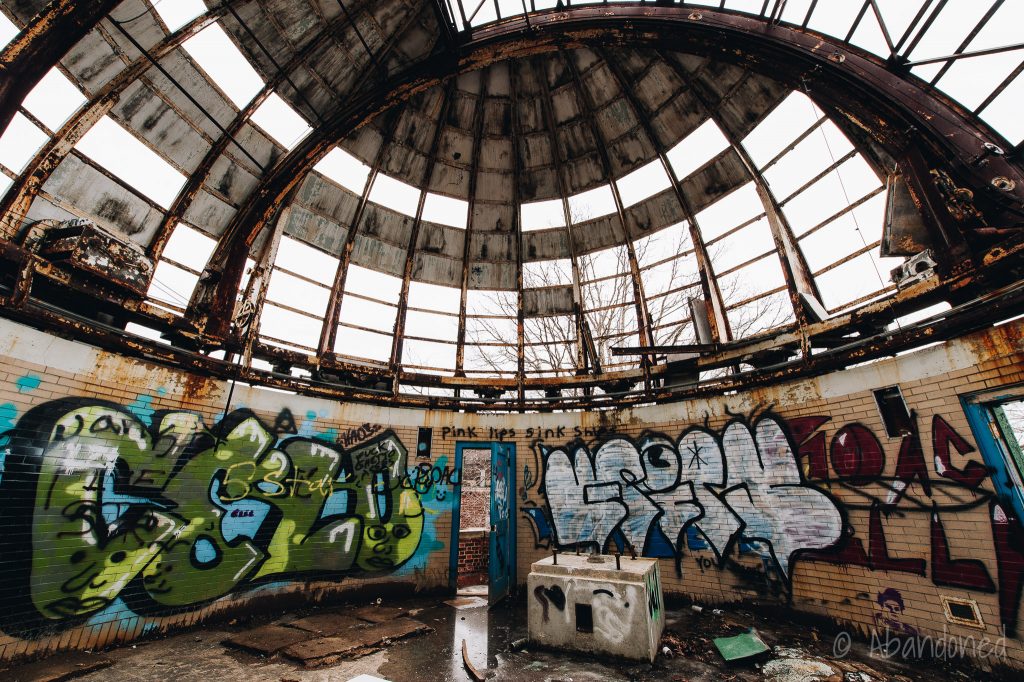 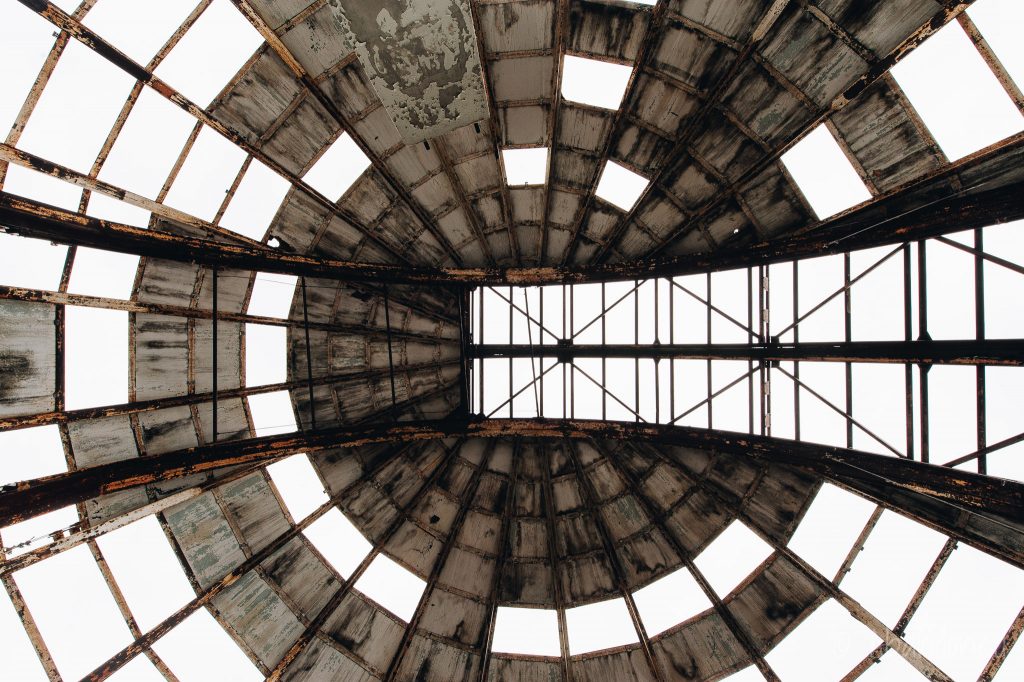 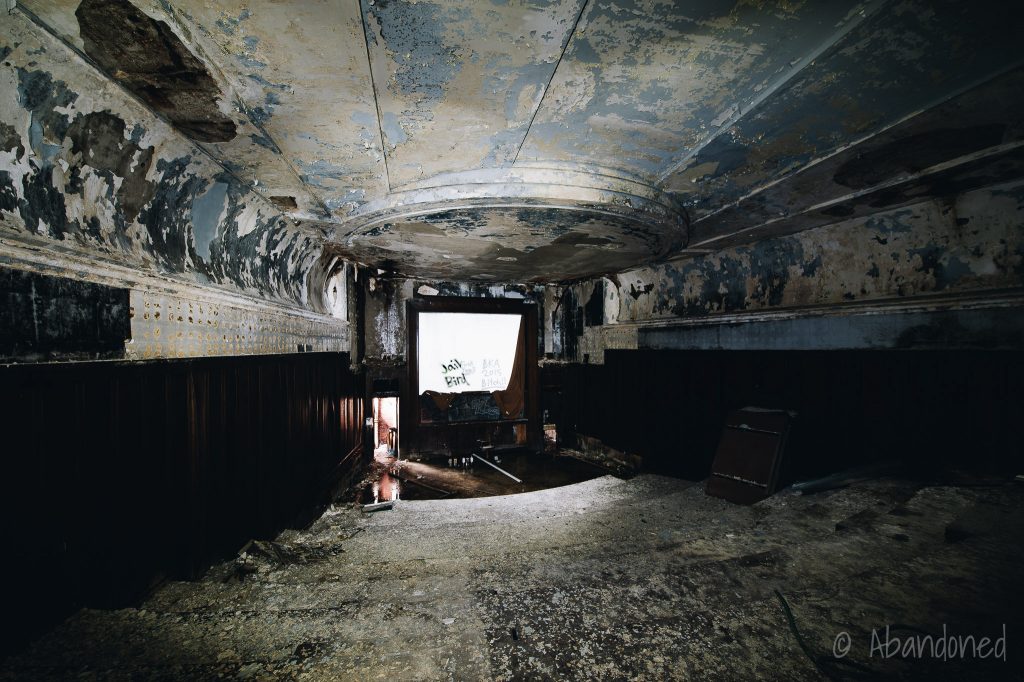 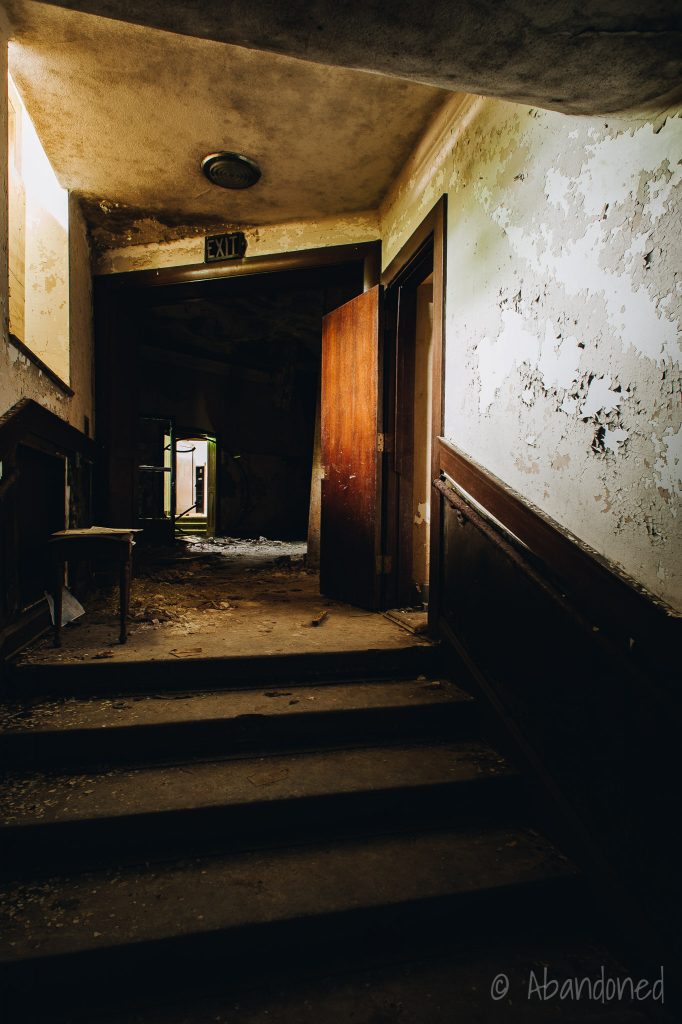