The Wheeling & Lake Erie Railway (W&LE) is a Class I railroad that operates mostly within Ohio, and consists of several abandoned or disused branches. Throughout its long history, the W&LE has been a part of the Nickel Plate, Norfolk & Western and Norfolk Southern. In 1989, the original W&LE was dissolved as a corporate entity only to be renewed as the W&LE in 1990 by a group of investors, acquiring most of the original W&LE routes from Norfolk Southern.

The Wheeling & Lake Erie Railroad (W&LE) was established with the goal of connecting Martins Ferry (and indirectly, Wheeling, West Virginia) to Orville, Norwalk, Huron, Sandusky, and Toledo on April 6, 1871. 1 The railroad desired to tap into coal deposits in Ohio. 6 Capitalists were willing to construct the line at $15,000 per mile provided that citizens along the route would subscribe $10,000 per mile. By the end of 1871, all of the right-of-way within six miles of Wooster was secured and a subscription of nearly $1 million had been received.

Construction of the W&LE began in early 1872 but a lawsuit filed by a taxpayer and a national financial panic halted further work until 1877. 6 The 12½-mile section between Huron and Norwalk, which followed the Huron River and an old canal, opened on May 31, 1877. 1 But owing to concerns of fraud in 1879, further work on the W&LE was halted. 6

Jay Gould, who intended to complete the W&LE as a freight route between the Wabash Railroad in Toledo and the Central Railroad of New Jersey, began purchasing W&LE securities in 1880. 1

The railroad was completed between Norwalk and Massillon in January 1882, to Fremont in April, and west to Toledo and east to Zoar Station by August. 1 6 Gould then negotiated trackage rights over the Marietta & Pittsburg Railroad (M&P) from Zoar Station to Dover in September 1882.

Folk’s Station Tunnel was completed in July 1889 after nearly a year of construction. 1 The 450-foot long tunnel was constructed by the Rexford Brothers and passed under the Pittsburgh, Cincinnati & St. Louis Railroad’s Cadiz Branch and replaced an earlier tunnel that was started but never finished. By 1889, the W&LE had reached Martins Ferry, across the Ohio River from Wheeling. 6 The company added a branch to Steubenville in 1891. 8

The first coal mine opened in Adena along the W&LE in 1899 and the town soon became the center of one of the major bituminous coal-producing districts in the state. 9 18 Located 14 miles west of Martins Ferry, the Adena region boasted 17 deep and five strip coal mines that were capable of producing 17,000 tons of coal daily.

The W&LE was leased by the New York, Chicago & St. Louis Railroad (Nickel Plate Road) in 1949.

In 1951, the Hanna Coal Company began strip mine operations near Cadiz where it had constructed the Georgetown Coal Preparation Plant. 14 The preparation plant, one of the largest in the world, was able to process 1,275 tons of coal per hour. The W&LE constructed the 11½ mile Georgetown Branch to serve the preparation plant. 16 (The plant was also served by a 108-mile pipeline that moved finished coal to a Cleveland Illuminating Company power plant in Eastlake. Opened on September 12, 1956, it was the first long-distance pipeline for coal built in the world.)

The Nickel Plate merged into the Norfolk & Western Railway (N&W) in 1964 and in 1982, the N&W was merged with the Southern Railway to form Norfolk Southern (NS). The original W&LE was dissolved as a corporate entity in 1989 only to be renewed as the Wheeling & Lake Erie Railway in 1990 by a group of investors, acquiring most of the original W&LE routes from NS. 7 The new W&LE also incorporated portions of the Pittsburgh & West Virginia and the Akron, Canton & Youngstown railroads. The new W&LE boasted 576 miles of track and 840 miles of track and trackage rights.

In 1994, the W&LE acquired the Akron & Barberton Belt Railroad and some Conrail lines in the Akron, Ohio area, renaming it the Akron Barberton Cluster Railway. 7

On October 23, 1930, two men were killed and a third seriously injured when an 800-foot railroad tunnel northwest of Adena partially collapsed on a passing freight train caboose. 10 Approximately 300 feet of the tunnel had fallen in. 11 The victims were recovered after six hours of excavation surrounded by a crowd of 3,000 that had gathered around to watch the progress of the rescue. 10

E.R. Eckley, a lawyer, former congressman, and a general of the American Civil War, formed the Ohio & Toledo Railroad in May 1872 with the goal of building a railroad between Toledo and the Ohio River via Massillon. 5 Eckley purchased the Carrollton & Oneida in July 1873 for $1 and extended the line to Minerva in October 1874. The Ohio & Toledo went bankrupt in 1878 and was acquired by the Youngstown & Connotton Valley Railroad (Y&CV). The Y&CV was organized in August 1877 to construct a railroad between Bowerston and Youngstown and it was completed between Minerva and Canton by May 1880.

The Y&CV reorganized as the Connotton Valley Railway (CV) in June 1880 and the line extended to Sherrodsville by January 1882. 5 The CV was extended to Bedford by July 1881, Navarre by July 1882, to Cleveland by November, to Beach City by December, Coshocton by June 1883, and Zanesville by June 1889. The CV became the Cleveland, Canton & Southern Railroad in May 1885.

The CC&S went into foreclosure in 1899 and was sold to the W&LE, becoming the W&LE Cleveland Division.

The Lake Erie, Alliance & Wheeling Railroad (LEA&W) was formed by Hugh Bleakley of Alliance and incorporated on February 16, 1874. 4 Bleakley desired a railroad between Bridgeport, across the Ohio River from Wheeling to the Painesville & Youngstown near Southington by the way of Alliance, Bowerston, and Cadiz. The ground was broken for the LEA&W on July 31, 1875. By 1876 the line had reached Palmyra and Braceville and the Erie Railroad by May 1877.

The LEA&W was sold to the Cleveland Rolling Mill Company who reorganized the railroad as the Alliance & Lake Erie Railroad (A&LE) in May 1878 with the goal of building north to Fairport Harbor. 4 But by 1879, the A&LE was only able to be built as far north as Phalanx on the Erie Railroad’s Cleveland Branch. In March 1881, the company was reorganized as the Cleveland, Youngstown & Pittsburgh Railway (CY&P) with the idea of connecting the Painesville & Youngstown near Southington and the Conotton Valley (CV) near Streetsboro. The CY&P had been built south to Bergholz but went into receivership in March 1884 and reorganized as the Lake Erie, Alliance & Southern Railroad (LEA&S).

The LEA&S operated as the Alliance & Northern Railroad until 1901 when it was renamed the Lake Erie, Alliance & Wheeling Railroad (LEA&W). 4 The railroad was extended to Dillonvale, only 17 miles from Wheeling, but nothing further was built. The LEA&W, which extended between Phalanx and Dillonvale, passed into the hands of the New York Central (NYC) and was operated as a branch mainly used for hauling coal.

The Adena, Cadiz & New Athens Railway was formed in 1914 to connect Adena to Duncanwood (Duncan) to serve the Short Creek Coal Company. 17 The six-mile line was opened in November 1917. Shortly after, the railroad was acquired by the W&LE. 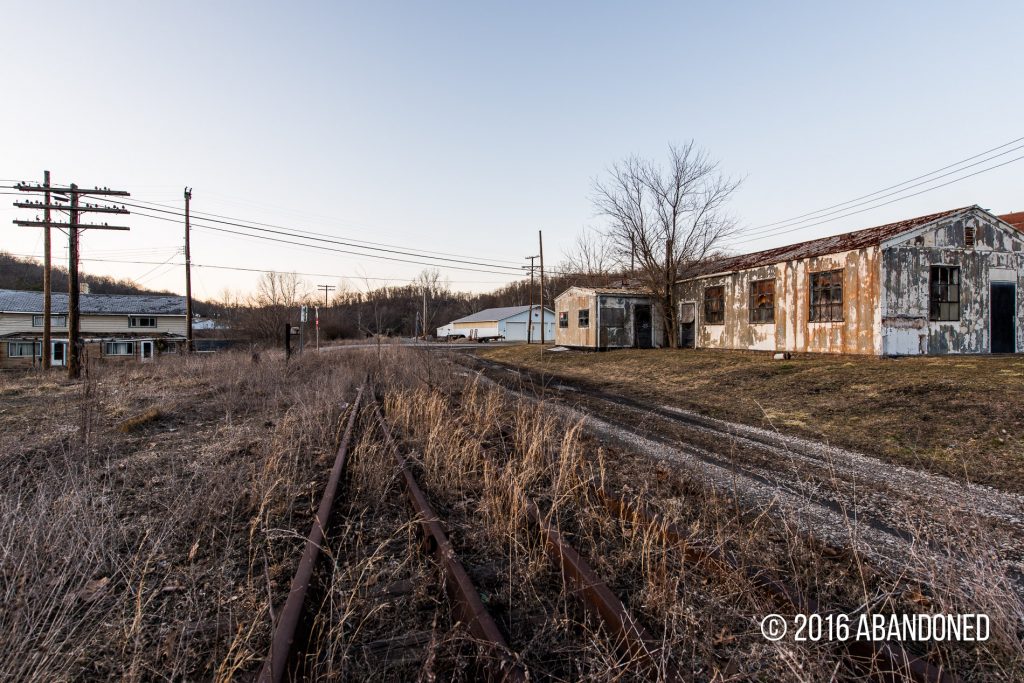 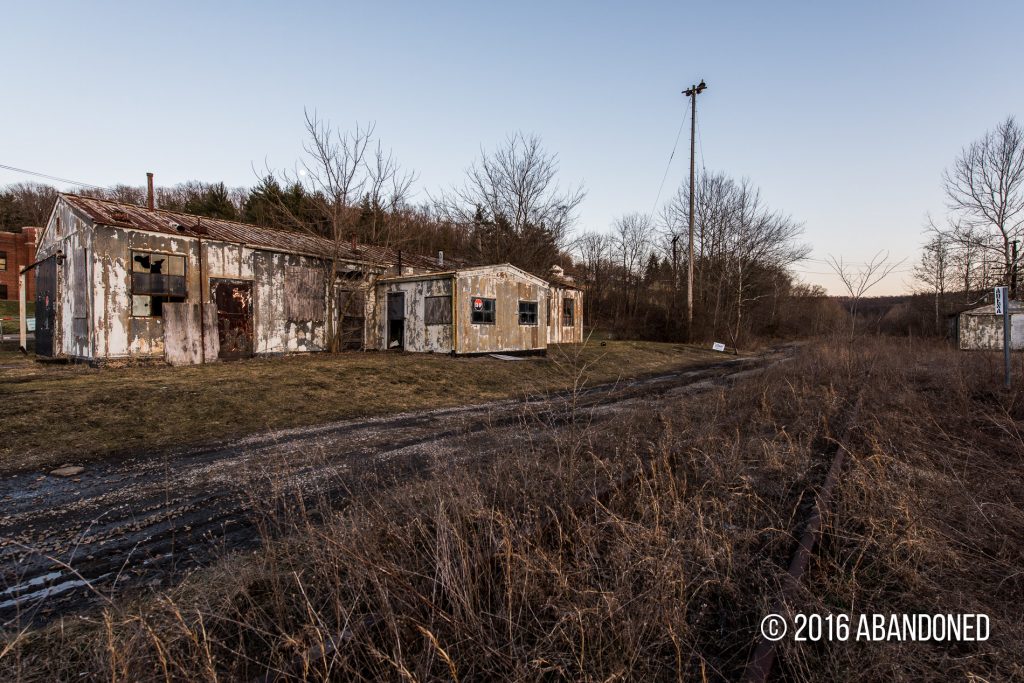 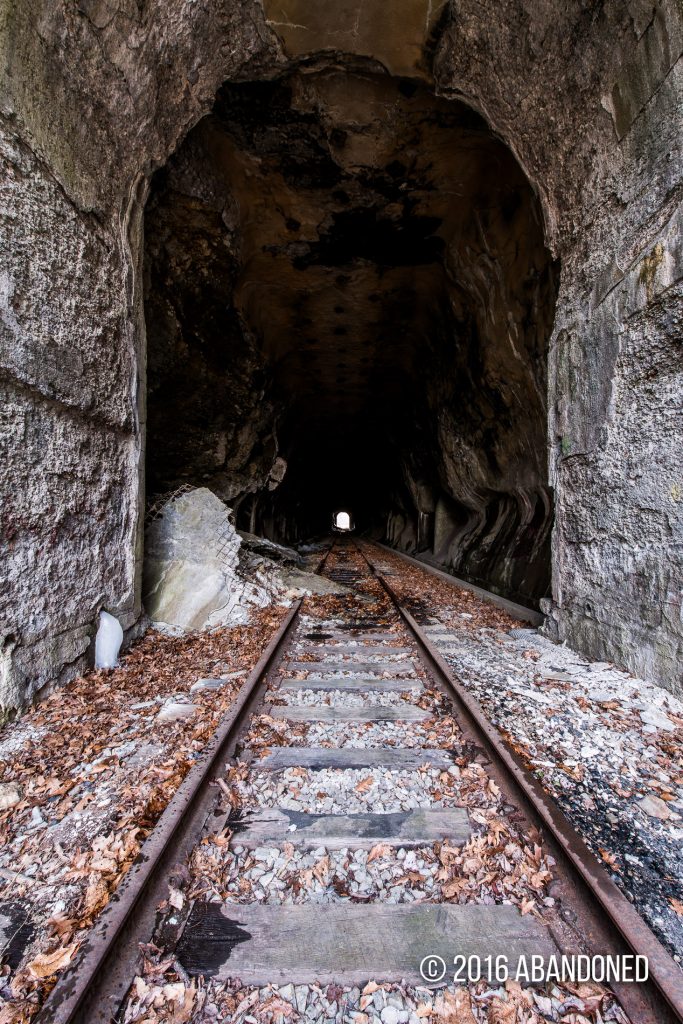 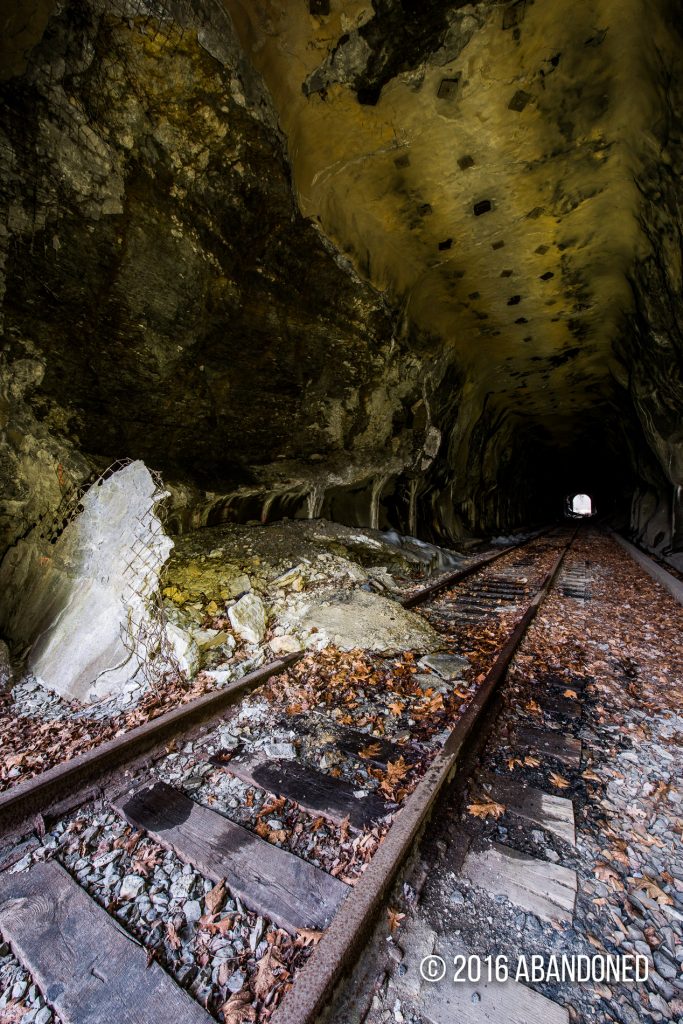 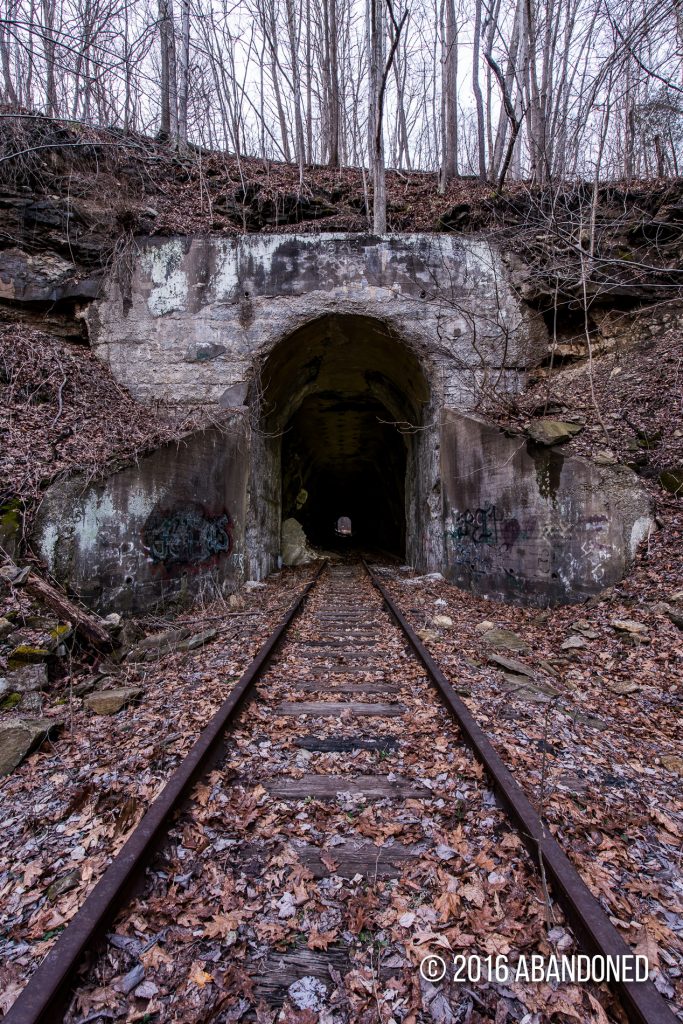