Wheeling Steel’s Benwood Works is a former pipe mill that has since been partly repurposed in 1984 in Benwood, West Virginia.

Riverside Iron Works began in 1852 when E.C. Dewey moved to Benwood from Cadiz, Ohio. 18 Dewey constructed the Eagle Wire mill at the head of 25th Street, which contained five boiling and two heating furnaces. It produced wire and iron axles.

In 1855, the mill was idled. It was restarted in 1858 by J.H. Pendleton & Company, making light bar iron and railroad spikes. 18 The facility burned down in 1859 but was rebuilt and leased to O.C. Dewey, J.N. Vance, and W.H. Russell under the firm Dewey, Vance & Company in 1860. It operated as the Wheeling Iron and Spike Works and the Juniata Iron Works.

The company built a nail mill in 1866, purchasing land adjacent to the Belmont mill at Main and 24th streets. 18 Named “Riverside” due to its location along the Ohio River, it opened in December 1867 with 48 nail machines. An extra 42 nail machines were added in 1870.

On January 1, 1875, Riverside Iron Works was organized, replacing Dawey, Vance & Company, with a capital stock of $1 million. 18 The company was under the leadership of William L. Hearne and his son, Frank J. Hearne. By 1880, William Hearne had retired, and Frank Hearne became the new general manager. 19

The Riverside blast furnace made its first cast of iron on February 14, 1872. 18 The furnace, 75 feet high by 10 feet in diameter, had four Player iron pipe stoves, ten boilers, and two blowing engines. It produced 1,000 tons of iron weekly.

An 1882 iron puddlers’ strike allowed Hearne to experiment with one of Riverside’s main products: iron cut nails. 19 Hearne had learned of the Bessemer steel production process, which required fewer raw materials and labor, which resulted in steel, a superior product over iron. Hearne attempted to convince several companies to merge into Riverside to form one steel plant but found little interest.

Not wanting to delay, Hearne ordered steel-making equipment without approval from his Board of Directors. 19 Work on the new steel production facility began on August 6, 1883. On June 11, 1884, Riverside became the second such facility in the Wheeling area to blow steel just after Bellaire Nail Works by a mere two months. 18 The plant had the capacity for 1,500 tons a week of steel blooms, billets, and slabs, which were converted into steel nails, spikes and sheet bars, and steel rods to make wire and wire nails. It sold the surplus product to its competitors.

The Rise of Tubular Goods

The use of natural gas for industrial purposes began a steady rise in the late 1880s, prompting demand for tubular goods for piping gas. 19 An increase in indoor plumbing also exaggerated claims for the pipe. Riverside was the first in the area to recognize the trend and abandoned cut nail production in favor of pipe.

Hearne assembled a group of experts from the Crane Brothers Manufacturing Company of Chicago in 1887 to design and operate the area’s first pipe mill. 19 The mill was designed with the idea of using iron, but Hearne desired to use steel. Within weeks of opening the new pipe mill on August 11, 1887, Riverside produced 30 tons of steel, delivering it to their adjoining pipe mill. Despite skepticism, steel was able to be formed into pipes.

Early pipes were hand-made by slowly welding a few inches at a time. Around 1835, lap welding was introduced, where plates of metal have their edges scarfed or beveled by being passed through a series of rolls. 15 As it was drawn through a die, the edges would curl up and overlap. The skelp, or partly made pipe, was heated a second time and welded by passing it through two rolls, the inner lap resting on a stationary mandrel. The pipe was then straightened, threaded, and tested.

Buttwelded pipes were made by drawing a heated plate through a conical die, which pressed the edges so firmly together that they united. 15 The skelp was then heated a second time and welded, straightened, threaded, and tested.

In 1899, Riverside Iron Works was acquired by the National Tube Company for $6 million. 17 19 Shortly after, National Tube constructed a 500-ton blast furnace to reduce its dependence on Carnegie Steel for raw material. 16 The facility grew to consist of two pig-iron blast furnaces, five buttweld furnaces, and two lap weld furnaces. It also had two 5 ton Bessemer converters, three 8-foot cupolas, and two 3-hole soaking pits. It was capable of 1.25 million gross tons of pipe and boiler tubes and 40,000 tons of galvanized goods per year. 15

Nearby were 120 Semet-Solvay by-product coke ovens that fueled the blast furnaces. 15

Wheeling Steel Corporation was organized on June 21, 1920, as a successor to three prior steel companies. The company consisted of factories for 30 miles, from Benwood, West Virginia north to Steubenville, Ohio. 1

Wheeling-Pittsburgh was slow to modernize its high-cost facilities and overcome downturns in the steelmaking industry in the 1980s. A late attempt to use a pig-iron blast furnace and electric arc furnace in tandem failed when the electric arc furnace did not achieve its designed capacity. Esmark engaged in a proxy takeover for Wheeling-Pittsburgh in 2005 and took over the company in November 2007. Severstal acquired Esmark’s Wheeling-Pittsburgh holdings in August 2008, which was then acquired by RG Steel in 2011. Mass layoffs by RG Steel began in June 2012 after the company declared bankruptcy.

In April 1962, Wheeling Steel approved plans to retire the oldest of its remaining two buttweld furnaces, installed in 1909. 5 The other buttweld furnace, introduced in 1949, was enlarged in 1963. The company studied the feasibility of establishing an electweld mill to produce a new line of tubular products.

Slabs from Steubenville South were processed into skelp at Benwood and then formed into pipe ½” to 4″ by the continuous weld method. 1 Wheeling Steel also produced its couplings and had facilities to galvanize large quantities of the pipe. Benwood Work’s No. 2 continuous weld pipe mill produced pipe of various sizes at speeds from 450 feet to more than 1,000 feet per minute.

Foreign competition was chomping away at Wheeling-Pittsburgh’s dominance in the piping industry by the 1970s. In September 1982, 8 Wheeling-Pittsburgh Steel notified workers that it planned to close the Benwood Works on December 15. 6 The move would result in 500 workers losing their jobs, although most had already been laid off. On December 9, the company postponed closure plans as negotiations with the United Steelworkers (USW) were underway. The USW eventually settled on a pension plan designed to shrink the workforce to 200 to 250 employees. 9

In April 1986, the USW announced that it had entered into the second phase of a proposed employee buyout of the Benwood Works. 11 The union looked at forming a management team and overtake the idled factory. The plan, developed by American Capital Strategies, called for Benwood Works to reopen and manufacture tubular products for the oil industry, even though Wheeling-Pittsburgh Steel specifically cited a lack of market for that industry.

In July, officials from Kao Hsing Chang Iron and Steel Company of Taiwan toured Benwood Works with representatives from the USW with hopes that the overseas corporation would be persuaded in acquiring the plant. 7 With no resolve, Laclede Steel entered into negotiations in March 1987 with Wheeling-Pittsburgh Steel to lease a part of Benwood Works. Laclede planned to process pipe made at its Alton, Missouri factory. 13

Wheeling-Pittsburgh Steel agreed to sell Benwood Works in August to BIPCO, a local investment group, for $1.35 million. 10 BIPCO planned to redevelop the site as an industrial park.

JLE Industries leased one of the last remaining abandoned structures at the Benwood Works in July 2016. 2 JLE acquired the space to inspect and repair metal tubes used to drill oil and natural gas wells. JLE refurbished all overhead cranes, added new siding and insulation, poured new concrete flooring, and revamped the electrical system at the cost of $6 million. 3 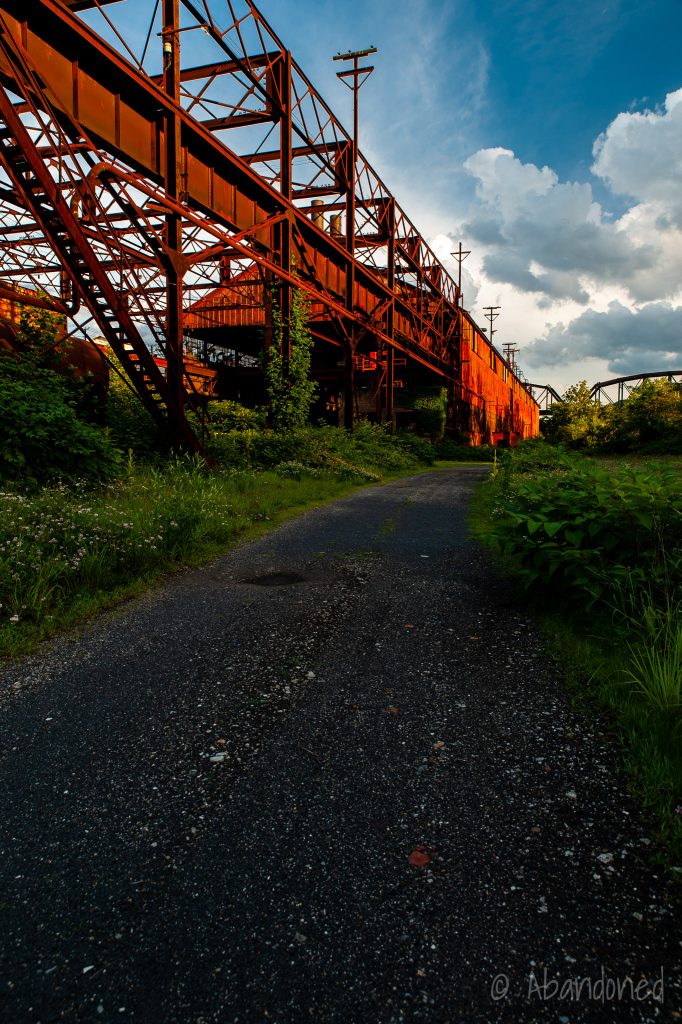 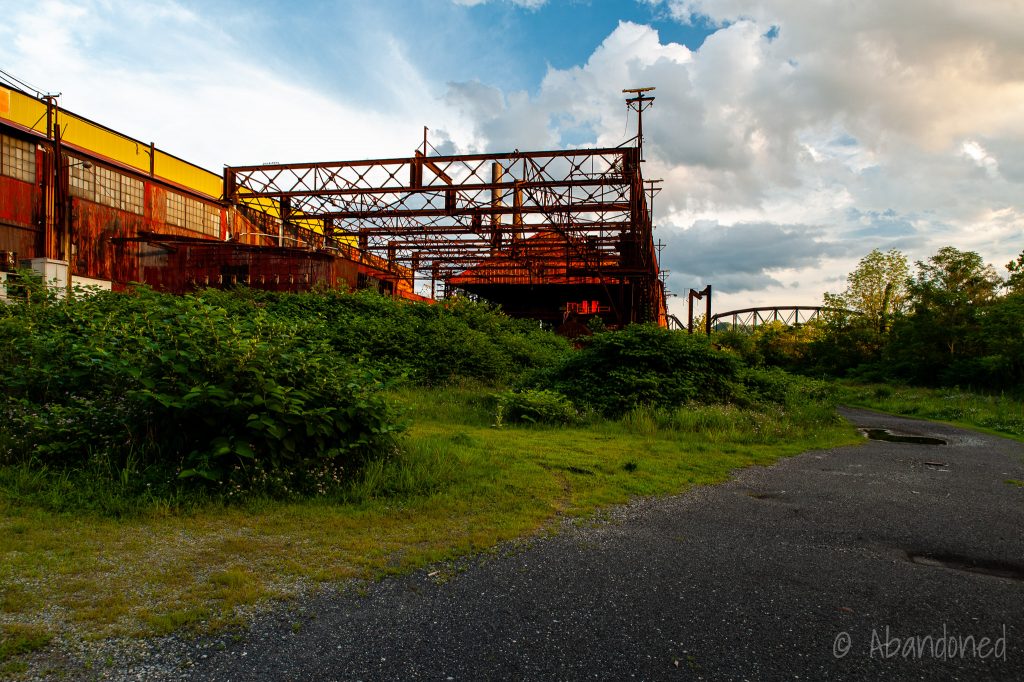 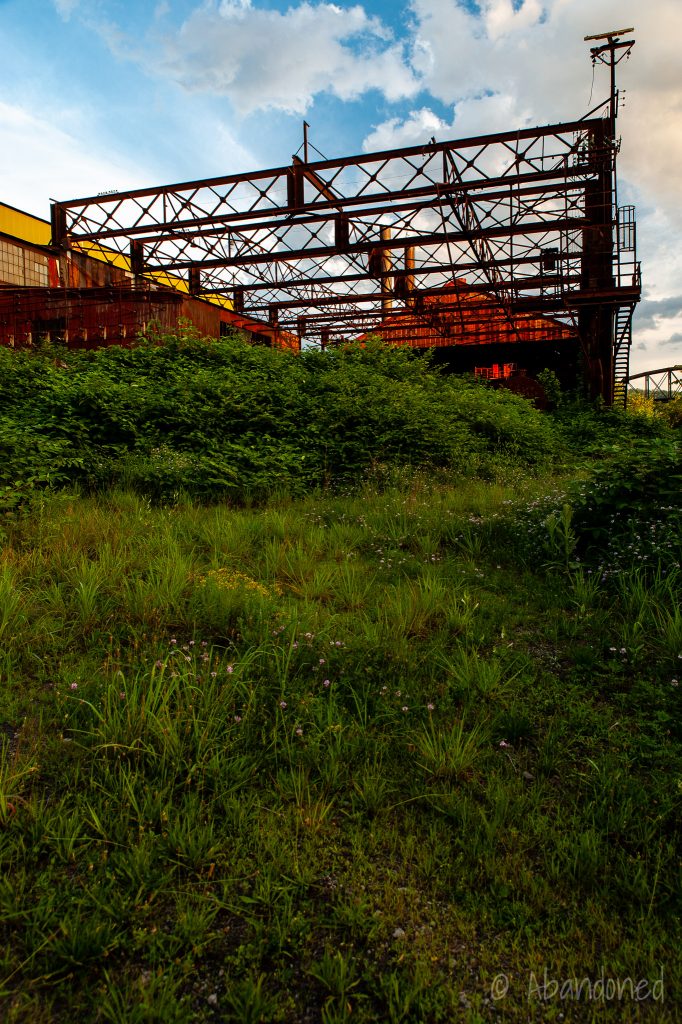 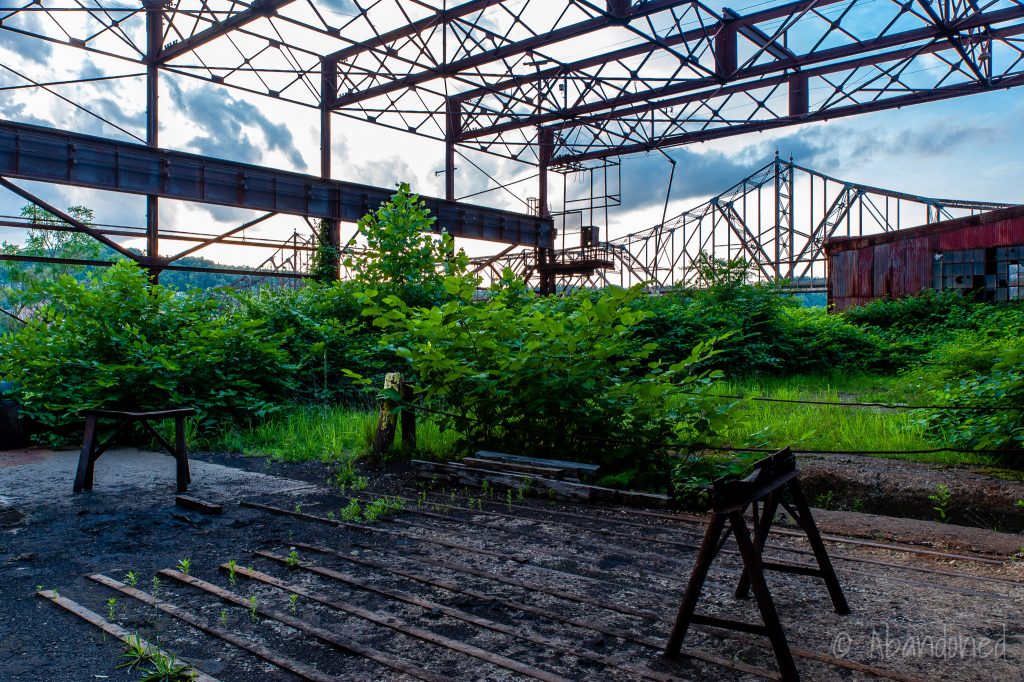 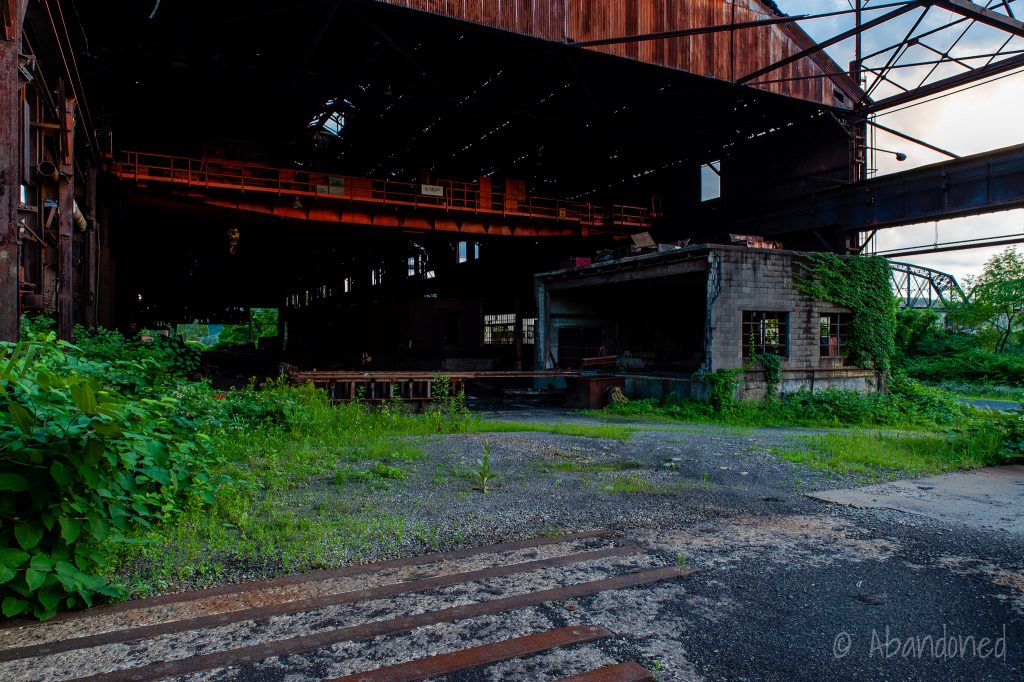 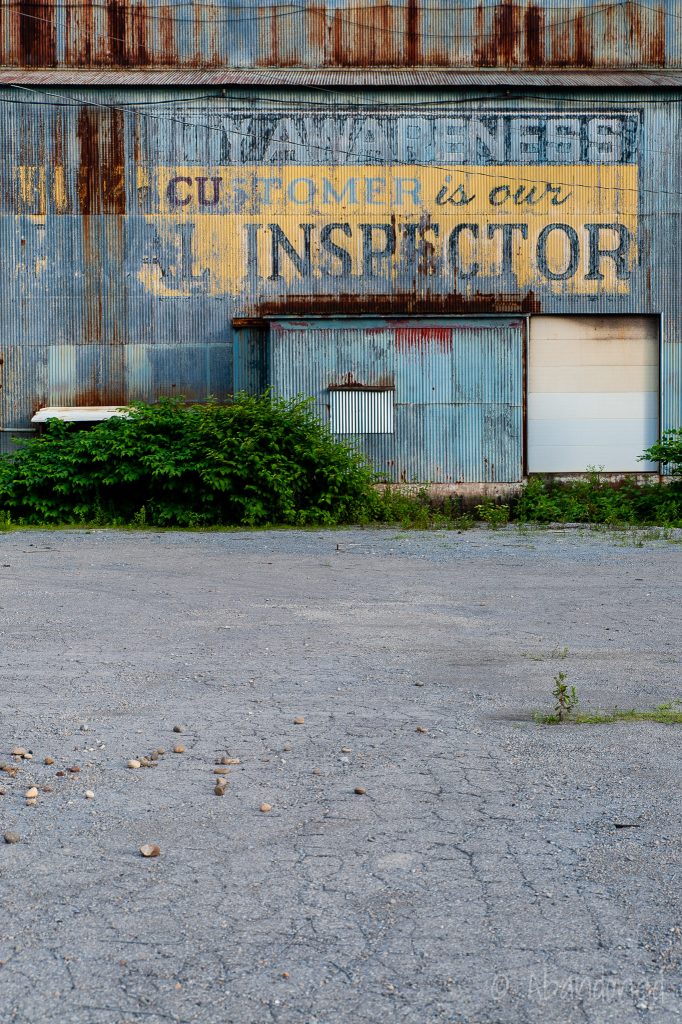 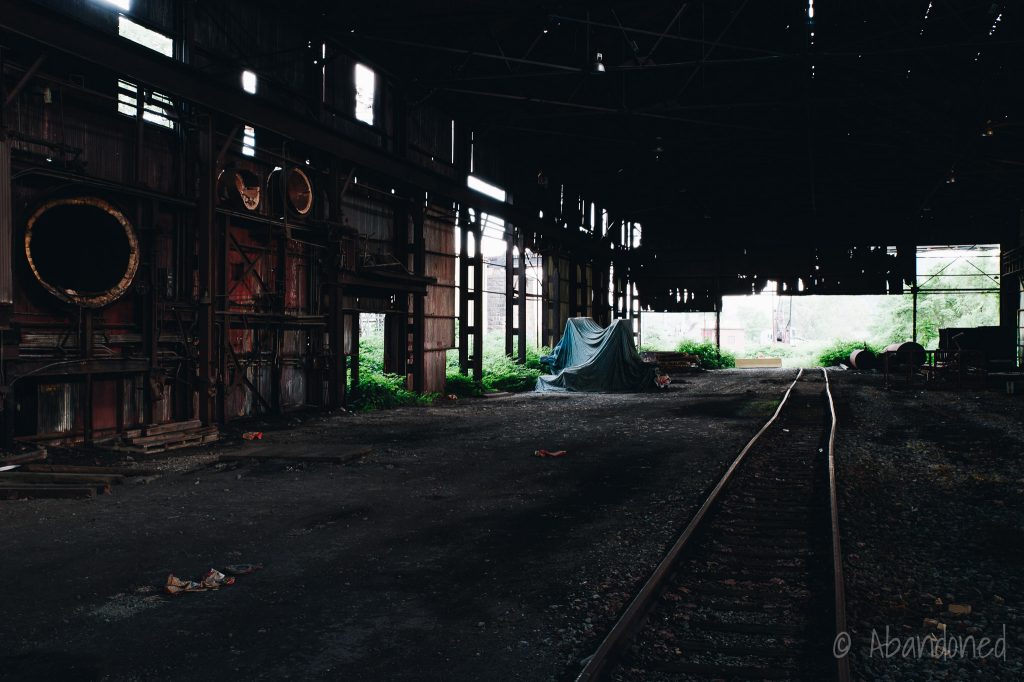 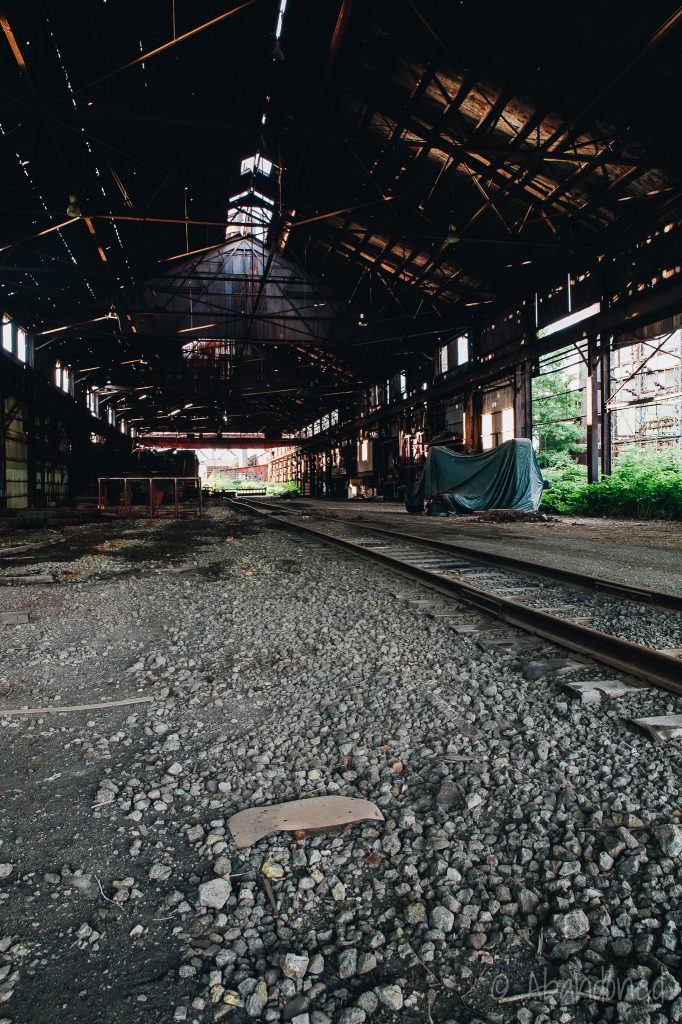 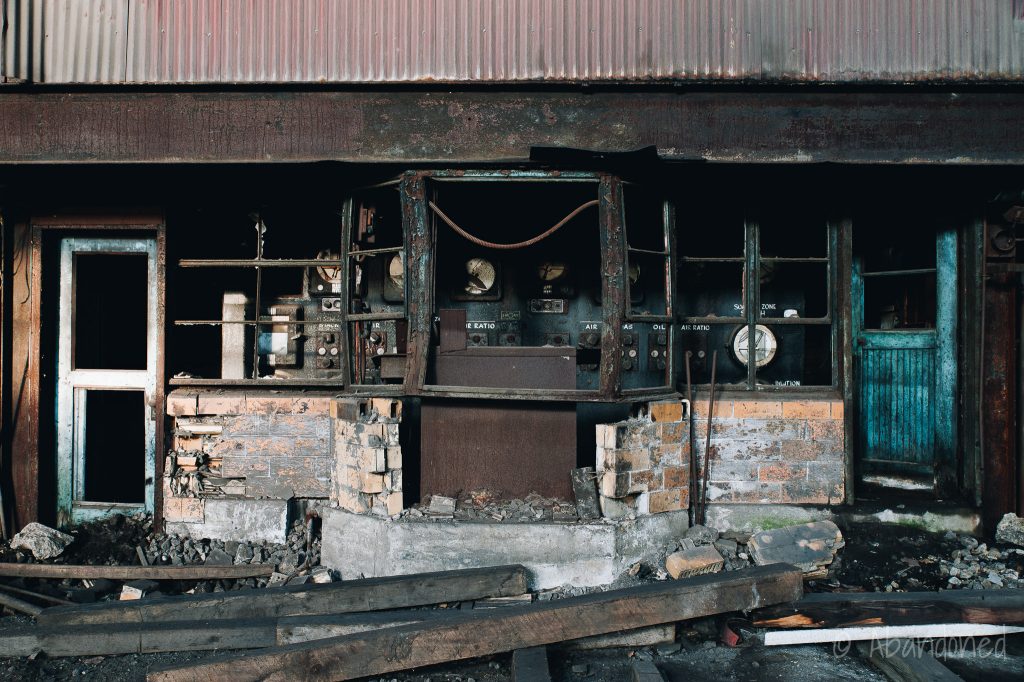 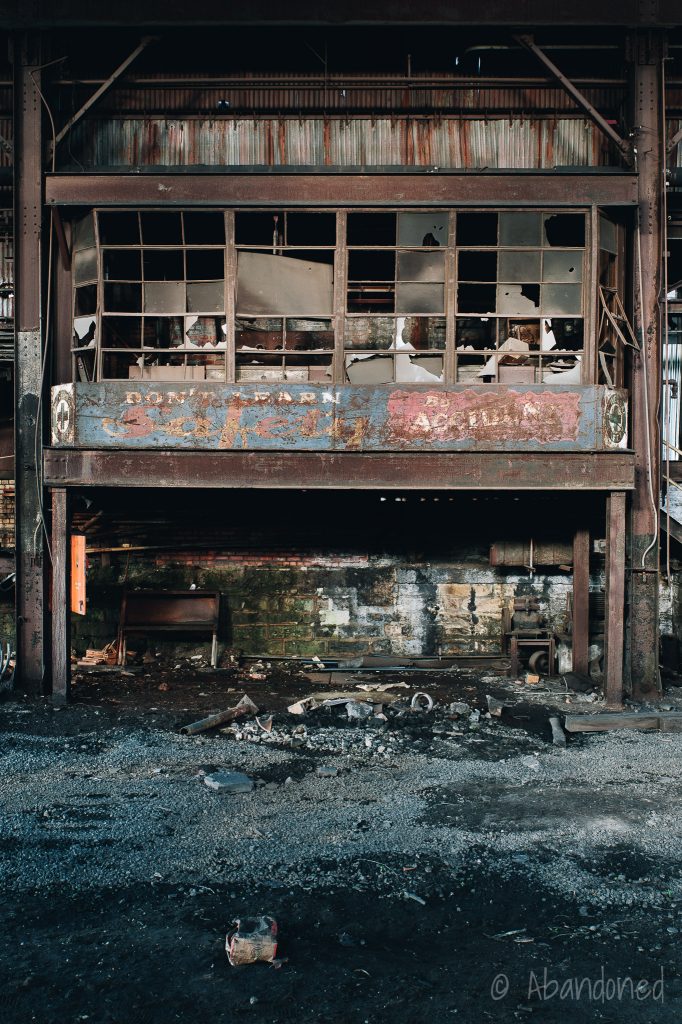 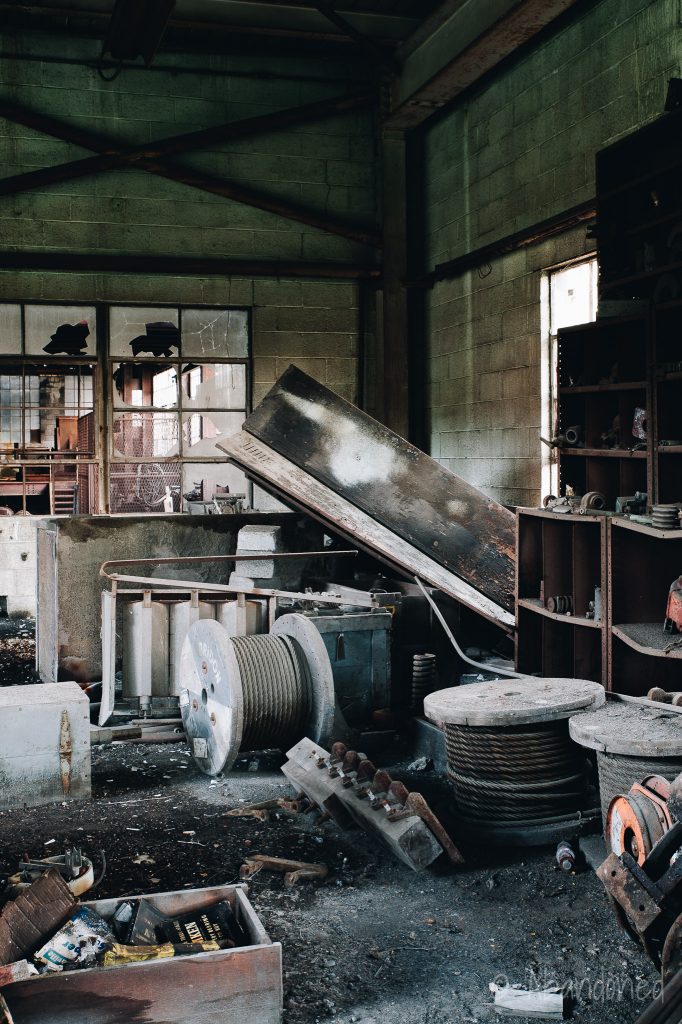