The Cincinnati, Hamilton and Dayton Railroad (CH&D) Wellston Division was initially constructed as part of the Dayton and Southeastern (D&SE), who had proposed a line southeast of Dayton, Ohio to Wellston in 1878 to connect to the developing southeastern Ohio coal markets. The Toledo, Cincinnati and St. Louis Railroad (TC&St.L) was completed in 1882 as a narrow gauge line from Ironton Junction south of Wellston to Bartles/Dean Junction, providing service to Kitchen, Gallia, Hoadley and Olive, several kilns and coal mines. The line was not successful and went through several receiverships and acquisitions beginning in 1884. The TC&St.L eventually became part of the CH&D in 1891 and converted to standard gauge in 1887.

In 1916, some tunnel improvements were completed south of Wellston at Tunnel #2. The CH&D was absorbed into the Baltimore & Ohio Railroad (B&O) network and became the Toledo Division. The railroad south of Wellston, totaling 35 miles, was abandoned due to a lack of originating traffic and flooding that had washed out much of the line.

A view of the CH&D alignment south of Olive Furnace. OH 93 was later built on top part of the alignment. 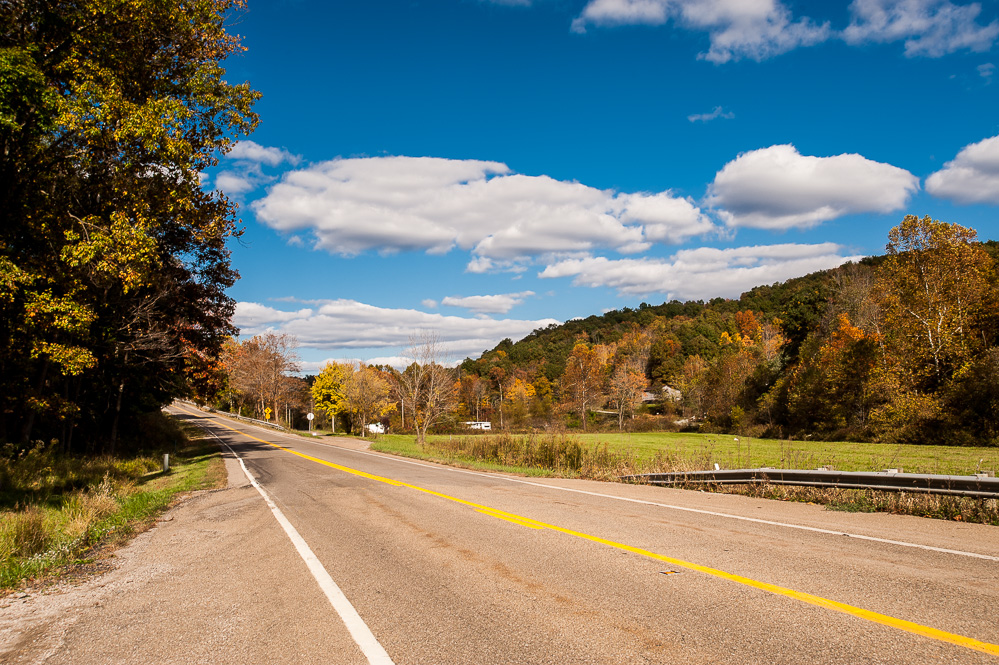 Tunnel No. 1 at Hoadley was brick lined.

Tunnel No. 2 at Hoadley was 693 feet long with a rock interior and timber portals, and was partially concrete lined in 1916.

Below: A spur from the CH&D, later served by the DT&I after the railroad was abandoned, served the Du Brul/Pyro/A.P. Green fire brick factory. The plant, 4.5-miles northeast of Oak Hill, was originally built by the Du Brul Company of Cincinnati, Ohio. It was incorporated on September 15, 1903 by E.F. Du Brul, H. Whyrich, F. Broerman, D.S. Du Brul and W.G. Griffiths, all from Cincinnati. The company had proposed both a cement and fire brick plant, but only the latter was ever completed.3

On May 28, 1909, Du Bru was reorganized into the Pyro Clay Products Company with an authorized capital of $150,000.2 It was headed by E.F. Du Brul as President and W.G. Griffiths as Secretary and General Manager. It was a tight affair: it’s board of directors was comprised of E.F. Du Brul, W.G. Griffiths and Napoleon Du Brul.

Below: Pyro was developed as a company town in 1918, and featured 30 residences, a company store and school. While Pyro was hard hit with competition, it eventually became known for its famous Pyro fire brick that was used in steel mills across the United States.2 In 1930, Griffith and some associates purchased the Du Brul family’s interest and the firm was reorganized with W.G. Griffiths as President.

Below: A view of Ed Davis Road in Glen Roy, part of the DT&I/Hocking Valley Railroad Jackson Branch. The CH&D was to the right.

Below: A view of the CH&D through Glen Roy, west of Wellston.

Below: A view of the CH&D in Wellston. The DT&I/Hocking Valley Railroad Jackson Branch crossed at a diamond behind this vantage point, and continued northbound, paralleling the CH&D.