The properties were marketed towards the nouveau riche. 1 4 The first recorded residents of the three buildings were John and Mary Love in 1881, followed by Mr. and Mrs. George Bumm in 1884, and Mr. and Mrs. James Pollack in 1889. 4 They had been replaced by the households of Thomas Armstrong, Gustav Schwarz, and Moses Aaron Dropsie by 1900. Armstrong was president of the Pennsylvania Salt Manufacturing Company and was a member of more than a dozen clubs and professional organizations. Schwarz owned the G.A. Schwartz Toy Emporium and was one of four brothers who owned toy stores in Baltimore, Boston, New York City, and Philadelphia (the most famous being New York’s F.A.O. Schwartz). Dropsie lived there with his brother Gabriel, sister Elizabeth Lazarus, and two female servants, and rose to become the president of the Lombard & South Street Company and the Green & Coates Streets Company before establishing Dropsie College.

Loyal Order of Moose Lodge No. 54

Real estate agents working on behalf of the Loyal Order of Moose Lodge No. 54 acquired the three rowhouses between May 1912 and June 1913 for the purpose of establishing a new fraternal clubhouse. 4 The Loyal Order of Moose had been founded as an organization in Louisville, Kentucky in 1888, but by 1906, membership had dwindled to less than 250 members and two active lodges. Under the direction of James J. Davis, the organization was advertised to working-class residents. With modest annual dues of $5 to $10, families were assured benefits in the event that a member died or was disabled. Lodges also provided genial atmospheres for socialization and recreation.

Davis was personally responsible for the founding and recruitment of the first hundred members of Lodge No. 54 in October 1908. 4 The lodge initially met at 857 North Broad Street. The brownstones at 1314 and 1316 North Broad Street were purchased for a new clubhouse in May 1912, followed by 1312 North Broad Street in June 1913. The buildings were combined and converted for use by Lodge No. 54 between 1914-16, with the alternations overseen by architect Carl Berger. 4 Work included the removal of the rear els and the construction of a rear 1,500-seat auditorium, ballroom, bar, and rathskeller.

By 1920, Lodge No. 54 boasted over 20,000 members, the most of any fraternal lodge in the world and by the close of the decade, membership had reached 40,000. 4 Plans were made for an expansion of the lodge but the advent of the Great Depression killed those prospects. The lodge ceased operations following World War II.

The first professional boxing fights held at Lodge No. 54 occurred on March 1 and March 28 in 1938, the latter which featured heavyweight Willie Reddish who later went on to train Sonny Liston and Joe Frazier. In 1961, fight promoter Jimmy Toppi Jr., of Jimmy Toppi Enterprises, purchased the vacant lodge building for $85,000. 4  Ther father-son team operated a number of boxing and event venues in the region, including the Alhambra, the Imperial Ballroom, the Metropolitan Opera House, the Plaza, and the Toppi Stadium. Many of the properties were former auditoriums or theaters converted to host boxing matches, concerts, weddings, and wrestling events.

The lodge’s auditorium was ideal and little work was needed to convert it into “Toppi’s Auditorium,” although the venue name was short-lived. 1 Toppi, after listening to the song “Beyond the Blue Horizon” from the 1930 film Monte Carlo, re-dedicated the venue as “Blue Horizon” in 1961. 4

Marty Kramer became the first house promoter of Blue Horizon, and the inaugural fight between middleweight George Benton of Philadelphia and Chico Corsey of Chester was held on November 3, 1961. 1 4 Kramer promoted more than 30 shows between 1961 and October 1963, which included events headed by Benton, four by Len Matthews, three with Dick Turner, three by Ike White, and two by Sidney “Sweet Pea” Adams.

No events were held at Blue Horizon until September 1969 when sportswriter and boxing fan J. Russell Peltz began promoting bi-weekly shows, sourcing talent from local fight gymnasiums. 1 The first show by Peltz held on September 30, set a new attendance record with 1,606 spectators. Peltz continued to promote 31 other shows at Blue Horizon until late 1971. (Peltz returned in 1974 and left in 2001. He returned to promote one card in 2004 and three cards in 2009.)

Blue Horizon was a regular host of USA Network’s “Tuesday Night Fight” series in the 1980s and 1990s, and its stature led Ring Magazine to declare the club as the best boxing venue in the world in 1999. 4

In 1988, Toppi sold the property to Ross Collette, pastor of New Horizons Baptist Church. 4 The congregation used the ballroom for weekly services while boxing continued in the auditorium. The property was then acquired by Ray-Whittier Inc., a partnership between Vernoca L. Michael, Carol Ray, and Carol Whitaker in 1994. The new owners attempted to make the building a cultural center by creating a learning center with connections to the Philadelphia Boxing Museum, Temple University, and the University of Pennsylvania, and into a special event venue for cabarets, meetings, receptions, and weddings.

Blue Horizon held its first world title fight on December 2, 1997, when Peltz promoted Charles Brewer in a defense of his International Boxing Federation super-middleweight crown. In 1998, Michael became licensed as the first female African American boxing promoter in the state and booked regular fights at the venue.

In 2004, Ray-Whittier led a $2 million rehabilitation project on the property to restore the auditorium and exterior. 4

Blue Horizon was closed over tax problems in June 2010. 2 It was the last surviving and longest operating of the neighborhood boxing clubs in Philadelphia. 4

In January 2011, Mosaic Capital Partners proposed to construct an $18 million hotel and restaurant complex on the site of the Blue Horizon. 3 5 Mosaic initially promised to save and restore the boxing arena, but later called for the venue to be demolished for a parking garage in July 2013. 3 6 The Philadelphia Department of Licenses & Inspections issued a demolition and construction permit for Blue Horizon in February 2015 but a lack of financing stalled the development project. 6

A revised $22 million proposal for Blue Horizon was presented to the Philadelphia Historical Commission by Mosaic and Orens Bros. Real Estate in January 2019. 5 The plan called for the demolition of all but the facade of the North Broad Street properties and for the construction of a five-story, 140-room Moxy micro-hotel behind the facade.

Blue Horizon appears in the film Rocky V, as some of the fight scenes with Tommy Morrison were filmed there. The building was also used to film boxing scenes for the movie Annapolis. 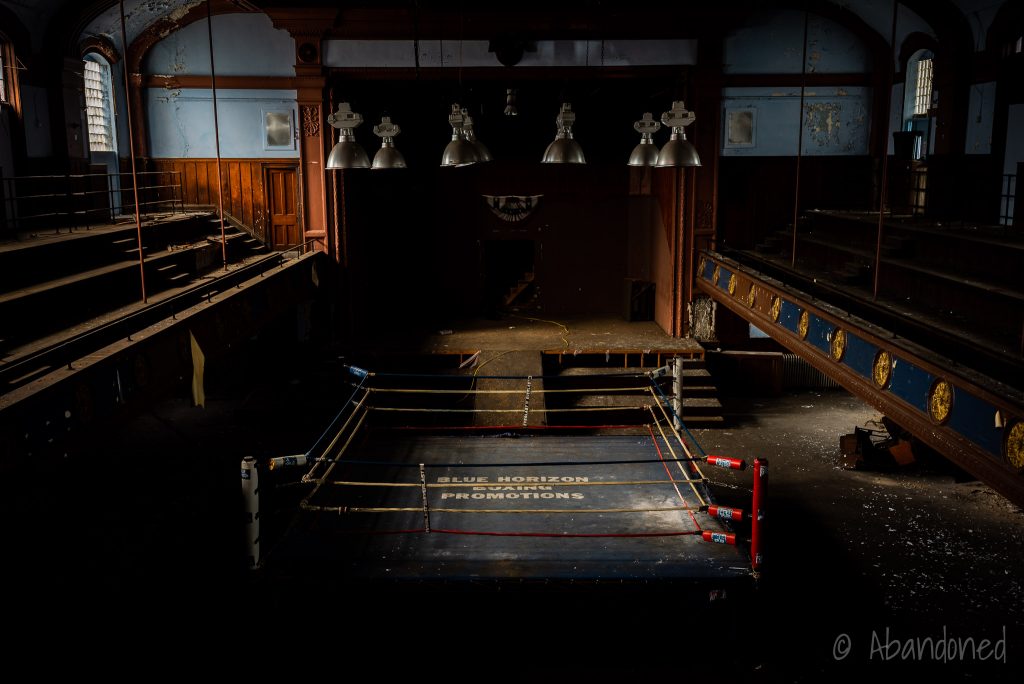 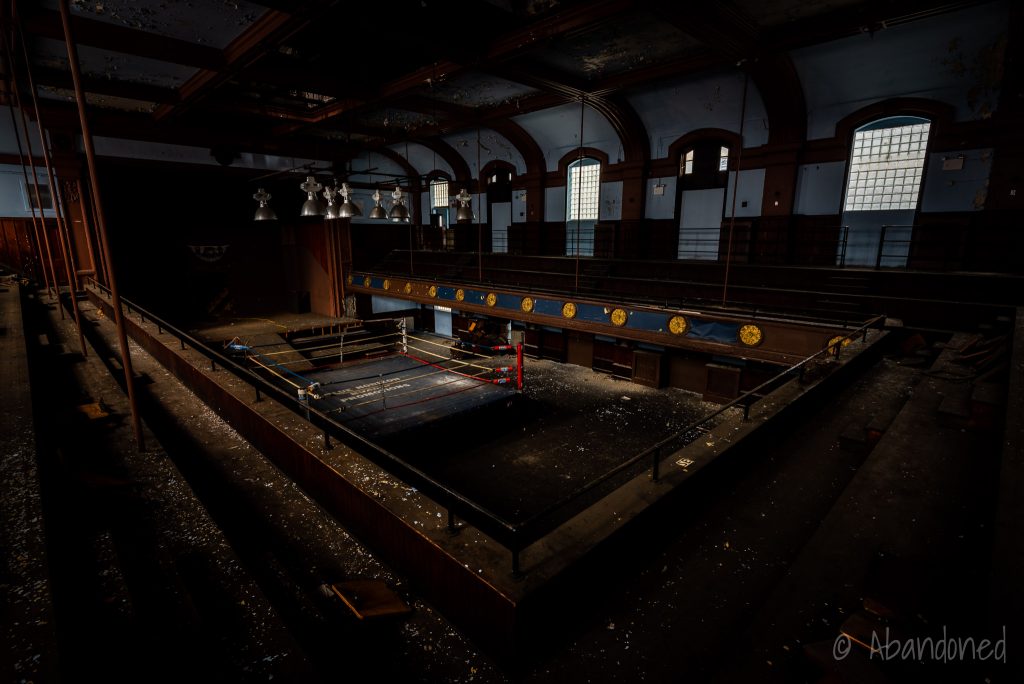 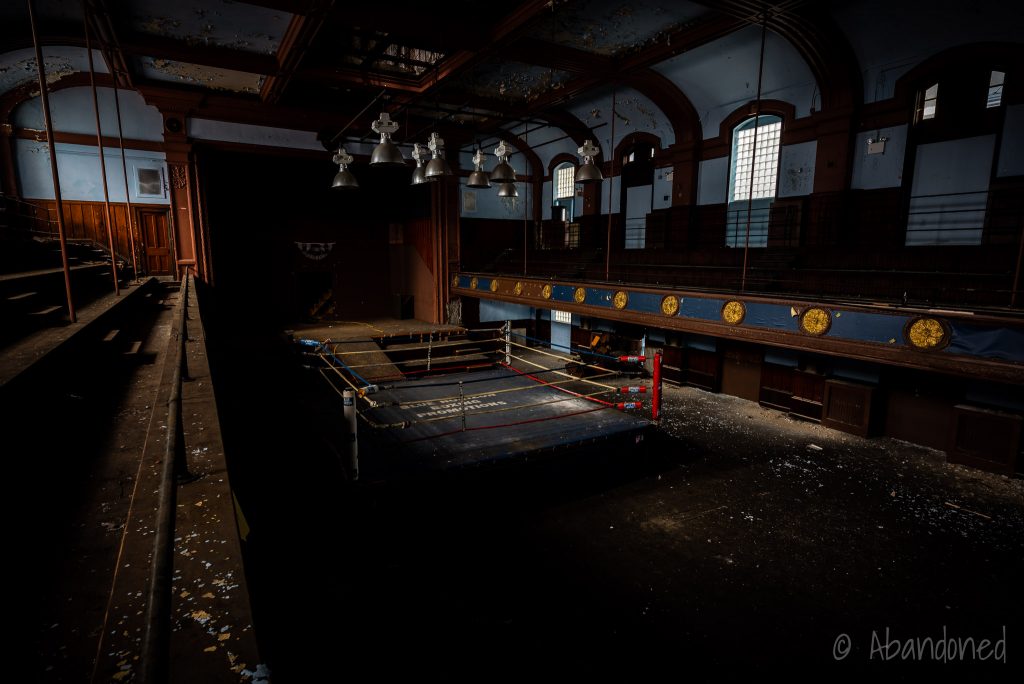 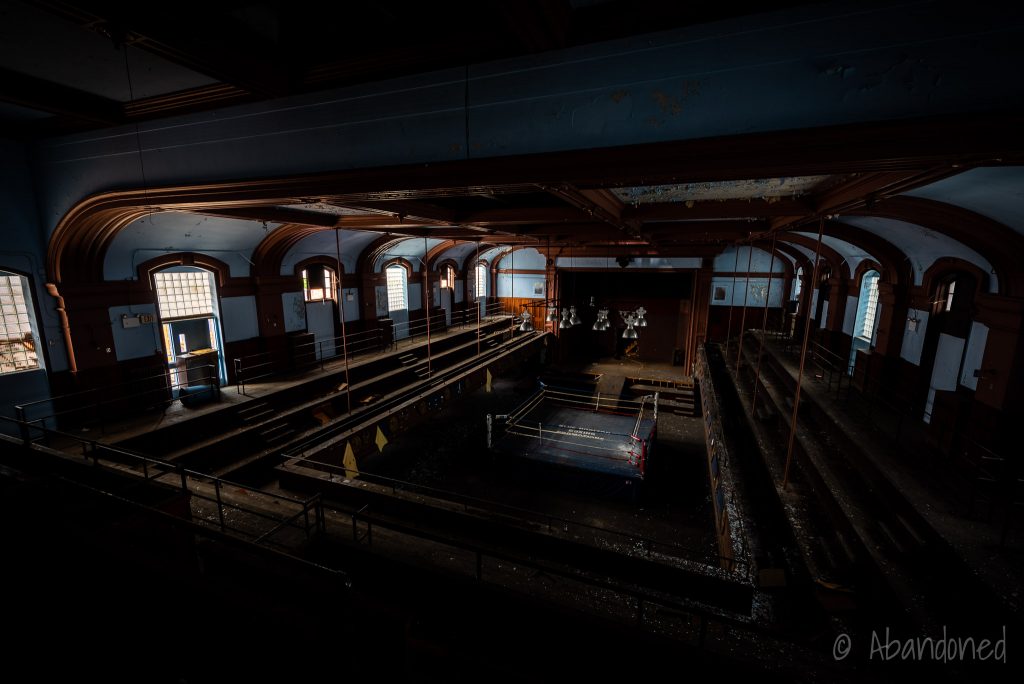 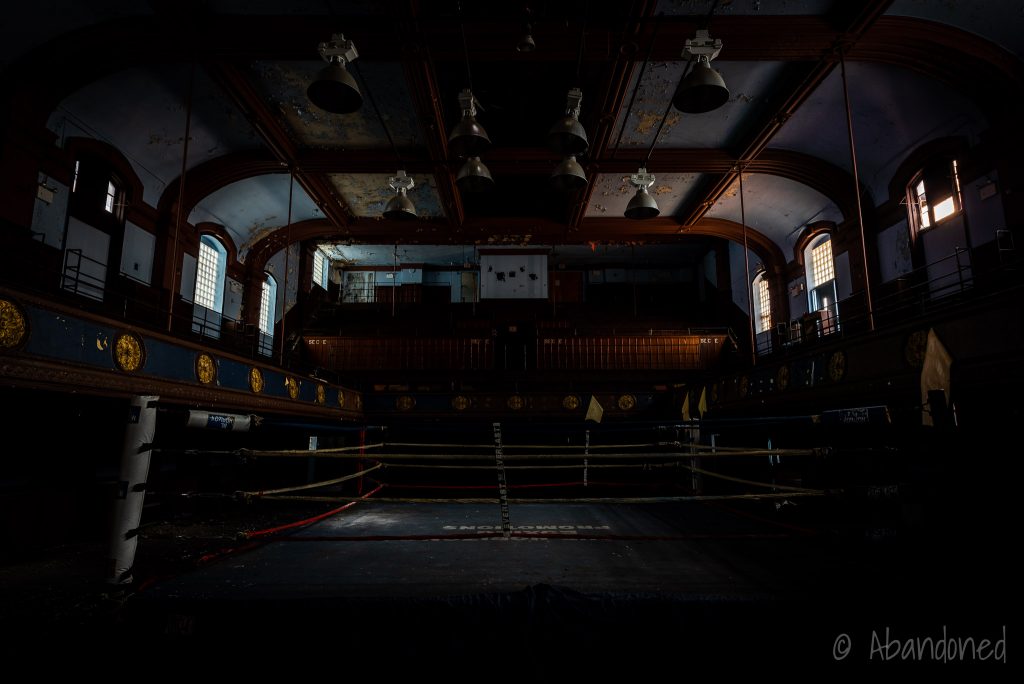 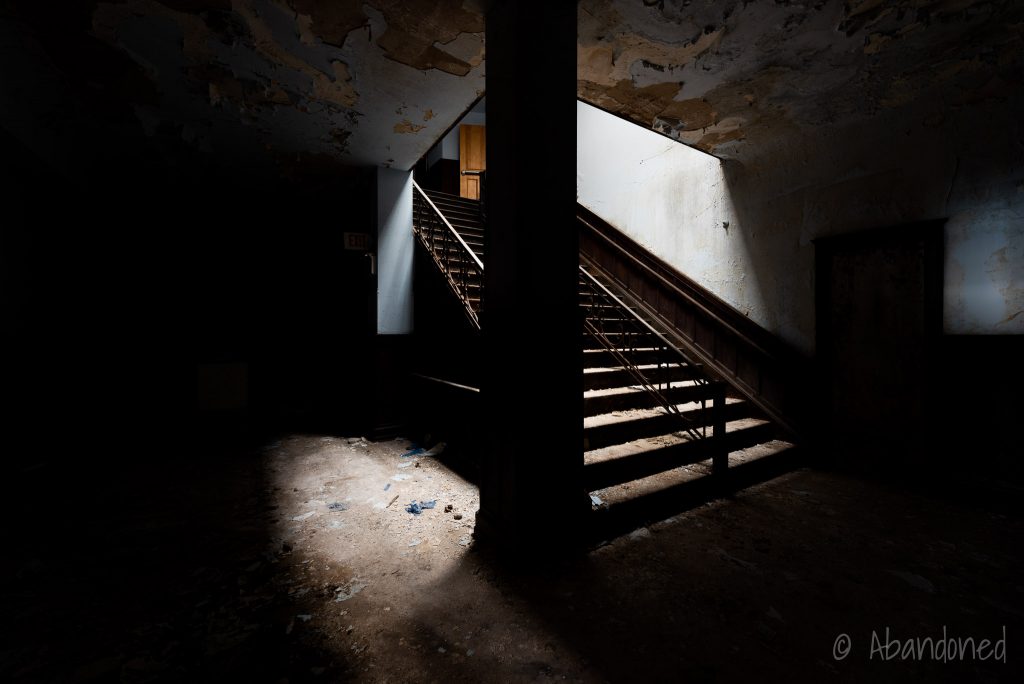