The Boone Tunnel is an abandoned bore for US Route 68 in the vicinity of the Kentucky River in Jessamine County, Kentucky.

Since 1845, Cogar’s Ferry provided a reliable but tolled ferry crossing over the Kentucky River along the Lexington, Harrodsburg & Perrysville Turnpike at the border of Jessamine and Mercer County. 1 It was replaced with a three-span, 750-foot-long pin-connected Pratt through truss bridge that was constructed between January 1870 and 1871. Built by Banden, Butin & Bowman, it was formally dedicated on October 10, 1871, when Captain Thomas Cogar drove the first stagecoach across the bridge and declared it officially open.

The situation changed during the Tollgate Wars of the 1890s when frustrated citizens upset with being levied high levies for poorly maintained roads took matters into their own hands. 2 At that time, three-fourths of the major roads and bridges in the commonwealth were under private ownership, creating a virtual monopoly on roadway transportation. Tollgates were destroyed and tollhouses burned, while gatekeepers were beaten and shot at. Mounting violence prompted tollgate owners to sell their operations or flee. In 1896, the state legislature ordered counties to assume control over all toll roads and crossings and to abolish the tolls. The counties initially refused the forced buyout of the turnpike companies, but eventually complied because of increased violence.

While the Brooklyn Bridge was now free to cross, a fine of $5 was assessed against anyone who crossed over it riding a horse faster than a walk. 1

As part of the formation of the United States Highway system and the designation of US Route 68 along the Lexington, Harrodsburg & Perrysville Turnpike, the Kentucky State Highway Department improved the roadway in the vicinity of the Kentucky River crossing. 1 A dogleg and a treacherous stretch of road immediately north of the bridge were bypassed with a tunnel through solid limestone. 1 13

Named after Daniel Boone by Col. James Maret of the Boone Way Association, it was the only highway tunnel constructed by the state. 14 15 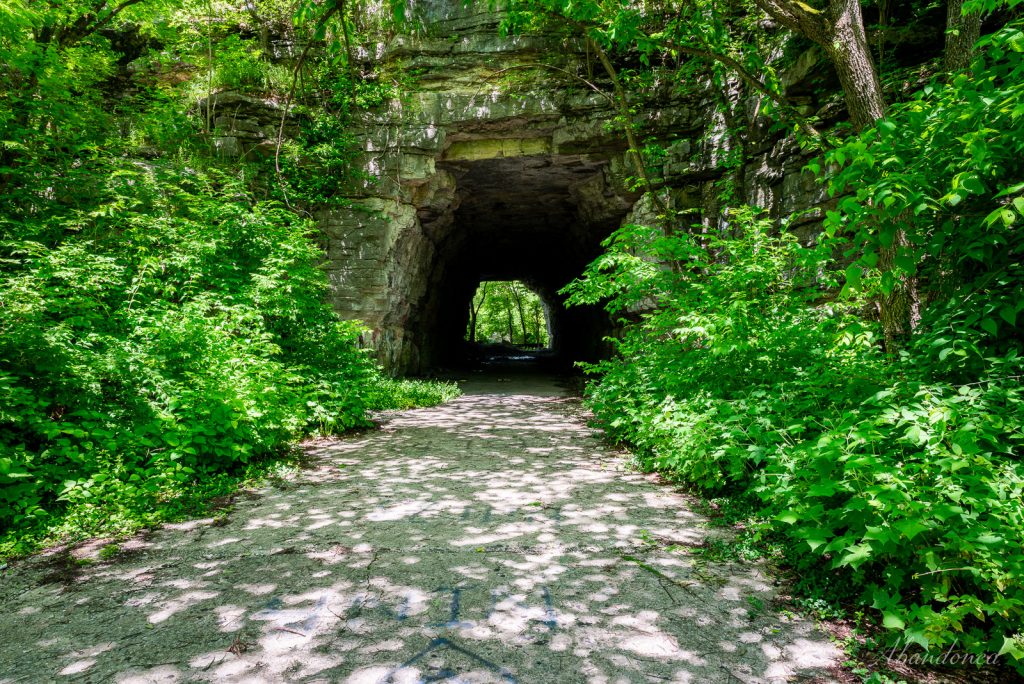 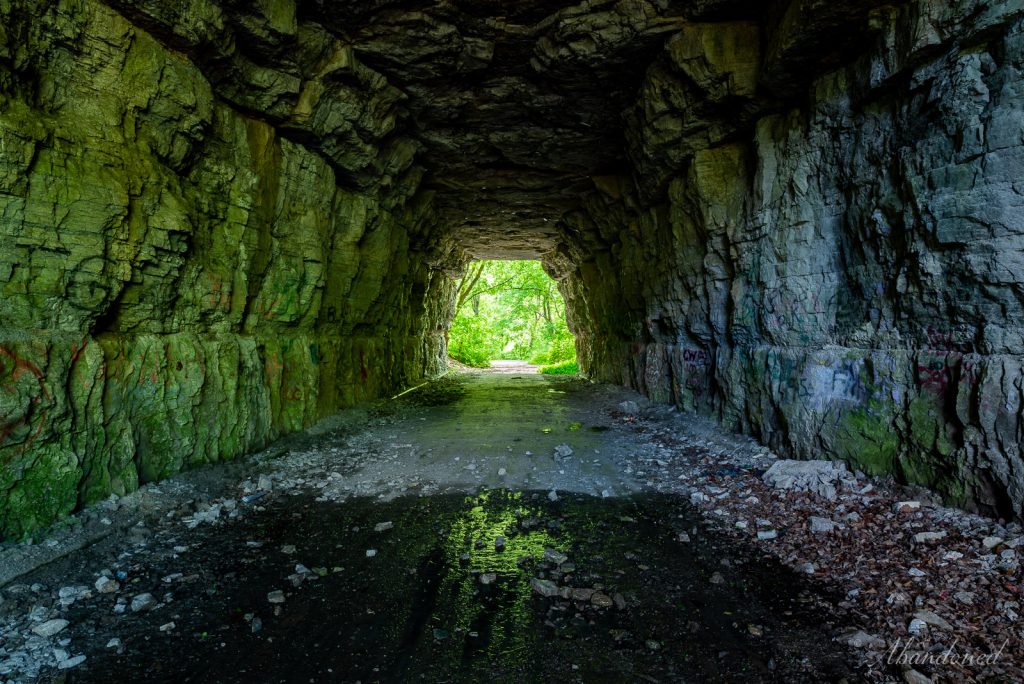 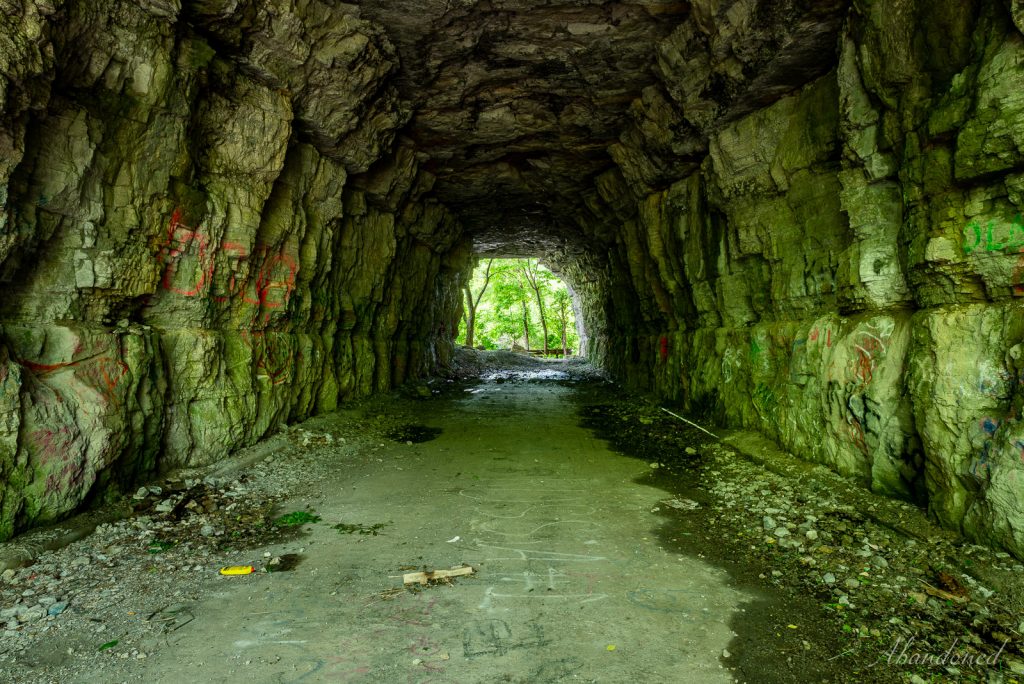 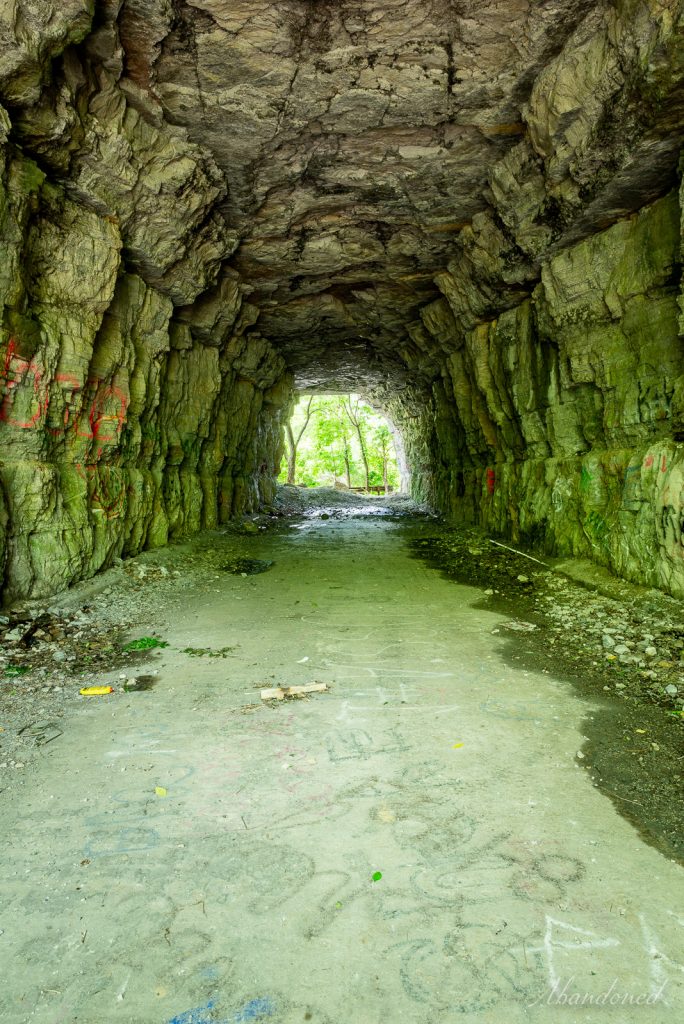 The Brooklyn Bridge collapsed under the weight of a heavy food service truck on November 30, 1953, 1 just one week after it was repaired. 12 Because of the 40-foot fall into the river, the driver’s back was broken into three pieces. 1 He survived and sued the state for the unsafe bridge and was awarded $50,000 for his injuries. Governor Wetherby stated that “no man was worth $50,000” and had his judgment reduced to just $10,000.

The substandard Brooklyn Bridge had been programmed for a replacement since 1950 but a lack of funding delayed its construction. 5 A Bailey truss bridge, shipped from Toronto, Canada, 9 was hastily erected as a replacement until a permanent solution could be devised. 3 4

On July 27, 1954, the Department of Highways unveiled that a new bridge over the Kentucky River would be constructed 100 feet downstream of the Bailey truss 7 which would render the Boone Tunnel unnecessary. A contract for the construction of the new bridge was awarded in September 8 with work beginning on September 27. 16

The new Brooklyn Bridge, a five-span, 622-foot-long, 28-foot-wide reinforced concrete box girder structure, was completed at the cost of $729,314 6 and opened to traffic in February 1956. 11 It was the largest bridge of its design in the state. 10 The opening of the new crossing