The Crosley Radio Building in Cincinnati, Ohio was home to Crosley Radio, the largest manufacturer of table-top radios in the nation.

Disappointed by the high prices of crystal set radios, which often cost over $100, Powel Crosley, Jr. purchased The ABC’s of Radio for 25¢ and assembled his own crystal radio receiver. 2 The ease of assembly and the availability of affordable parts led Crosley to introduce his first low-priced, mass-produced radio, the Harko, in 1920. 1 The unit was a success and within a year, Crosley had become the largest producer of radios in the nation.

The Crosley Radio Corporation was founded in 1923 by Powel and his brother, Lewis, in a small brick structure along Arlington Street in Cincinnati before expanding to the former Victor Lamp Company factory at 3401 Colerain Avenue. 2 The spread of low-cost radios was so great that the company soon became the largest radio manufacturer in the world. 1 A six-story addition to the plant was finished in 1926.

A mammoth eight-story manufacturing plant was built adjacent to their original factory in 1929, where it outputted 2,000 radios per day, employing over 3,000. 2 By 1930, Crosley had fallen to fifth place in terms of total sales due to increased competition. To diversify the product range, Crosley introduced the Crosley Icyball, the first refrigerator that operated without electricity, the first car radio, an airplane, and the first mass-produced electrically-based refrigerator. 1

Crosley installed a 20-watt transmitter at his residence in College Hill, a suburb of Cincinnati, in July 1921. 2 He began broadcasting his collection of phonograph records via 8XAA, his personal amateur radio station. He received a license from the federal government in March 1922, and went on the air as the WLW, “The Nation’s Station,” with a then-unprecedented 50-watt signal.

In 1923, WLW’s signal was boosted to 500 watts. 2 As a token to his influence, he awarded a box of candy to the first listener from each state that sent a telegram to the station. He received entries from 42 states and three Canadian provinces. The signal was boosted again in 1925 to 5,000 watts, and in 1927, WLW gained sole control of the 700 kilocycle frequency, becoming the nation’s first “clear channel” station.

Crosley relocated WLW’s studio to the eighth floor of the Crosley radio plant on Arlington Avenue in 1929. 2 It was the largest radio studio outside of New York City. In 1942, the WLW studio moved to a new facility downtown.

In 1946, Crosley sold the WLW and Crosley Corporation to the Aviation Corporation (AVCO), which allowed him to focus on his inventions. In 1949, Crosley invented the concept of disc brakes for the automobile and the first portable television, 1 and later built The Crosley, a small car. 2

The Crosley nameplate was removed as a brand name by AVCO in 1956 when the radio line was closed down due to a lack of sustainable profit. 1 AVCO closed the Arlington Street factory in 1960, and the complex was subsequently sold and used for industrial storage and light manufacturing. 2 The Crosley Corporation purchased the rights to Crosley from AVCO in 1970 and began rebuilding the brand with the reintroduction of a line of appliances and vintage products. 1 Multimedia, Inc. purchased WLW in 1975. 2

In 2016, Indianapolis-based Core Redevelopment purchased the abandoned Crosley Radio Building with the intent of rehabilitating the structure into 238 market-rate apartments at the cost of $45 million. 3 The company secured $5 million in state historic preservation tax credits but ultimately passed on the renovation project in May 2018 because of changes in the state tax credits and higher-than-expected renovation costs. 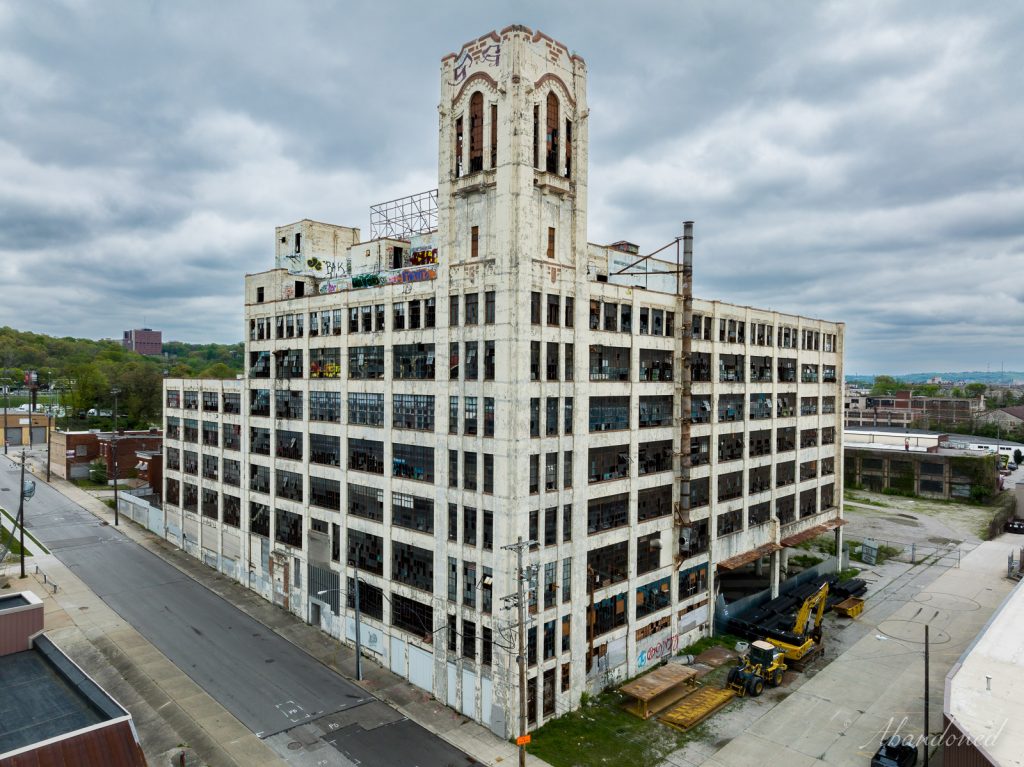 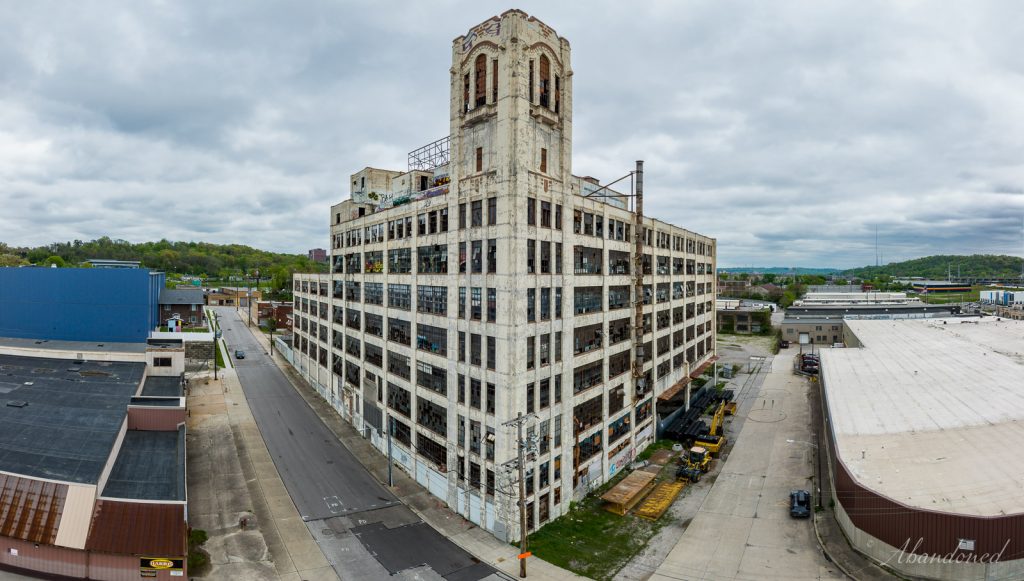 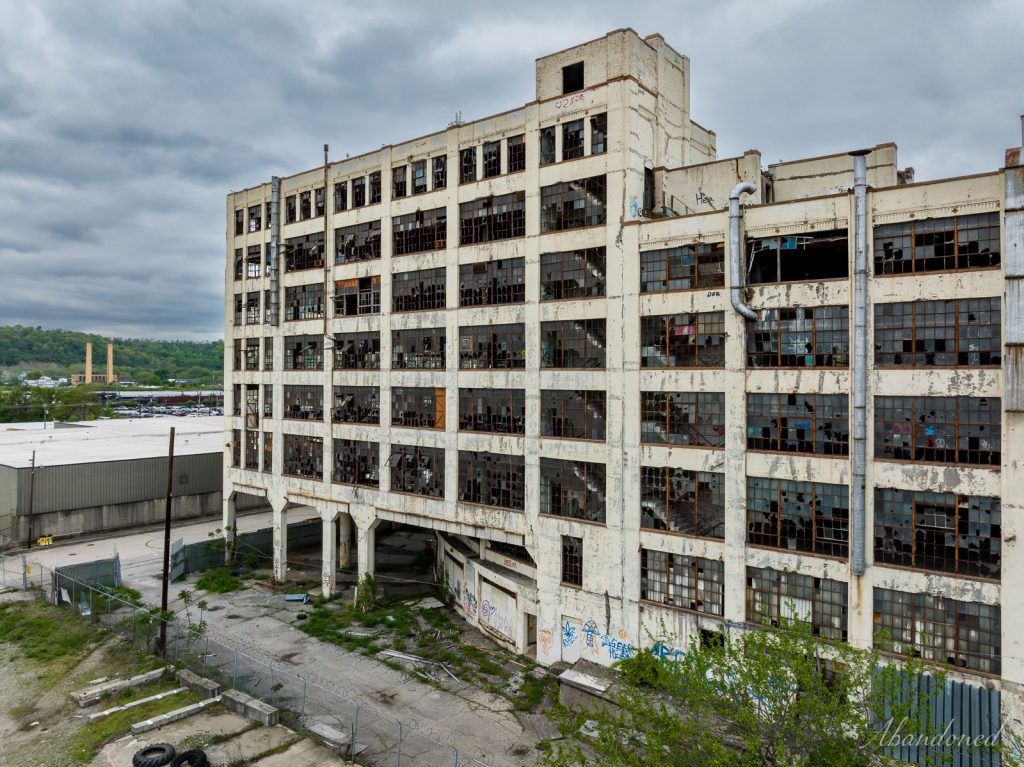 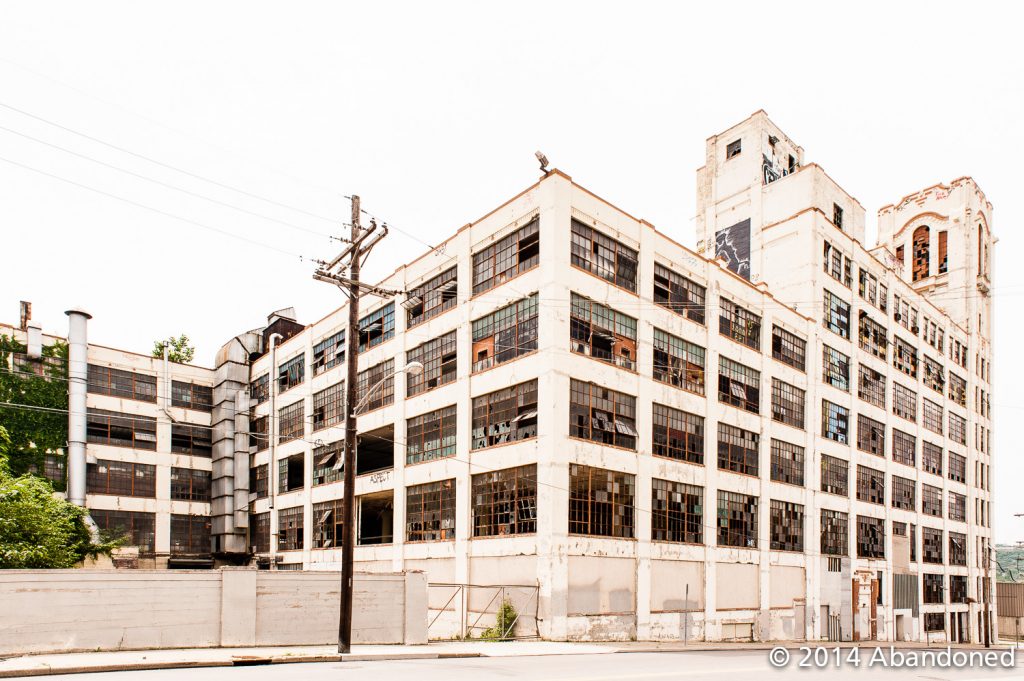 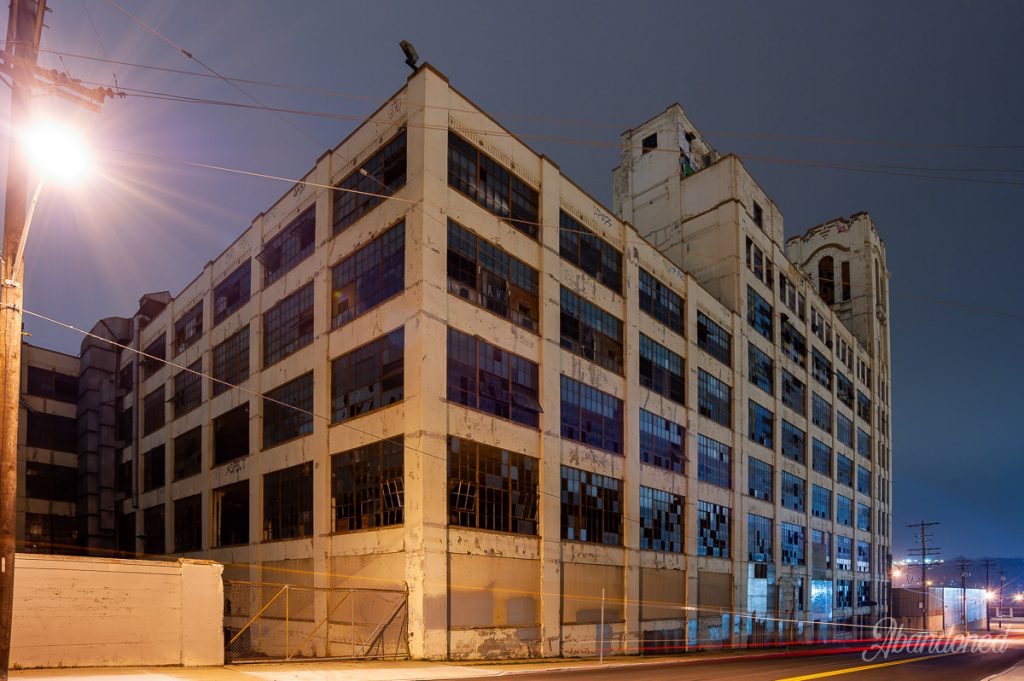 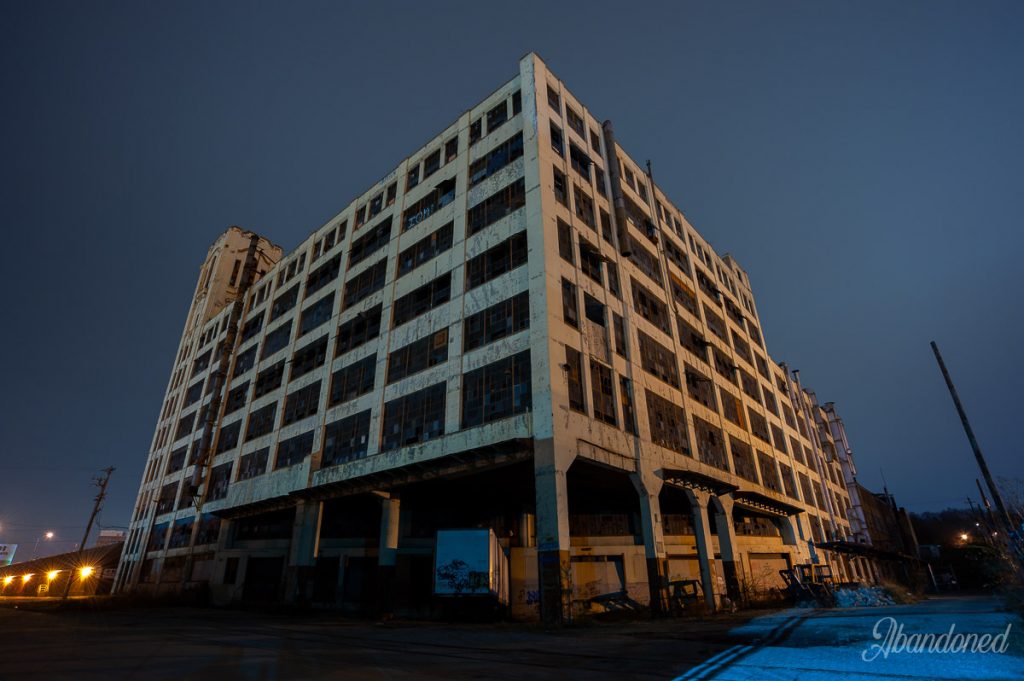 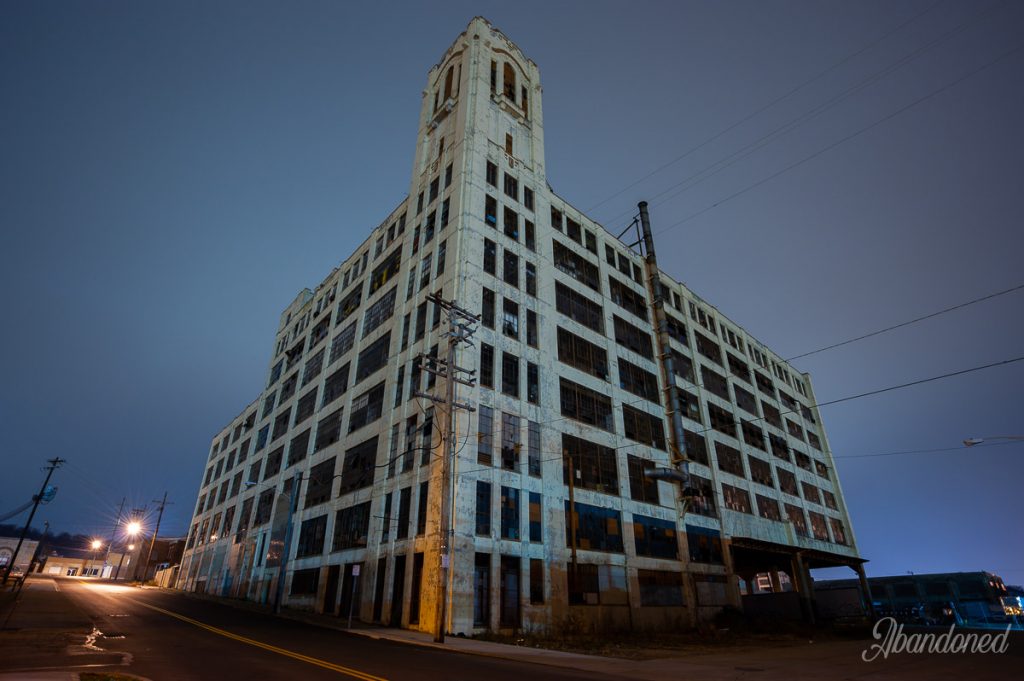 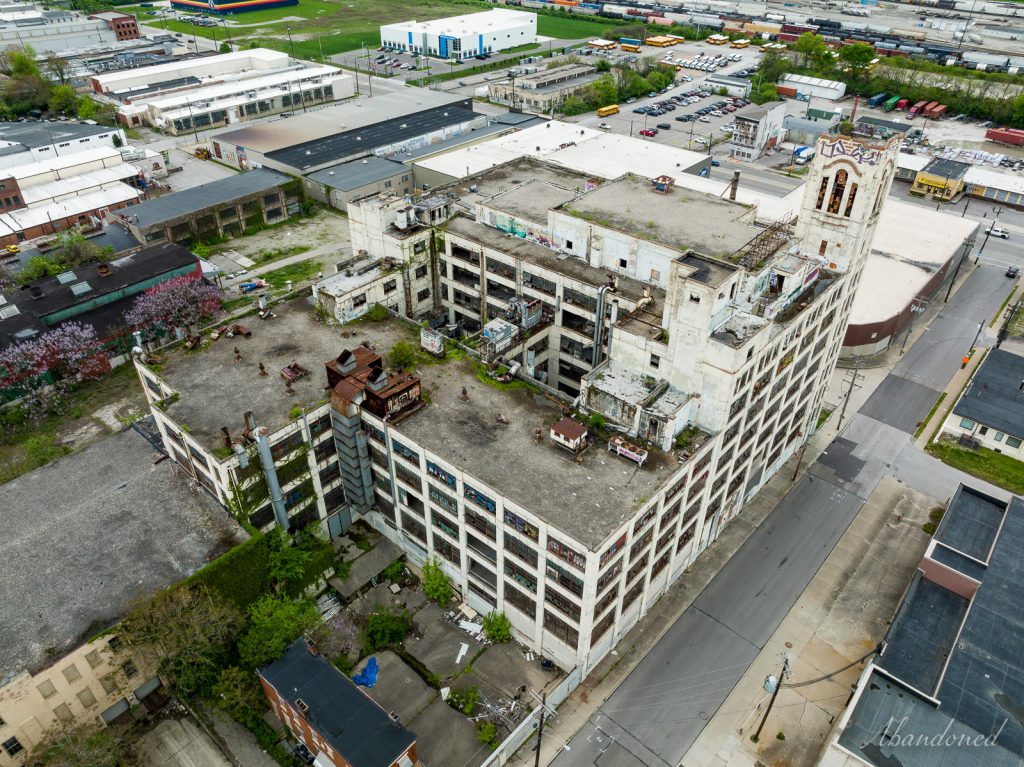 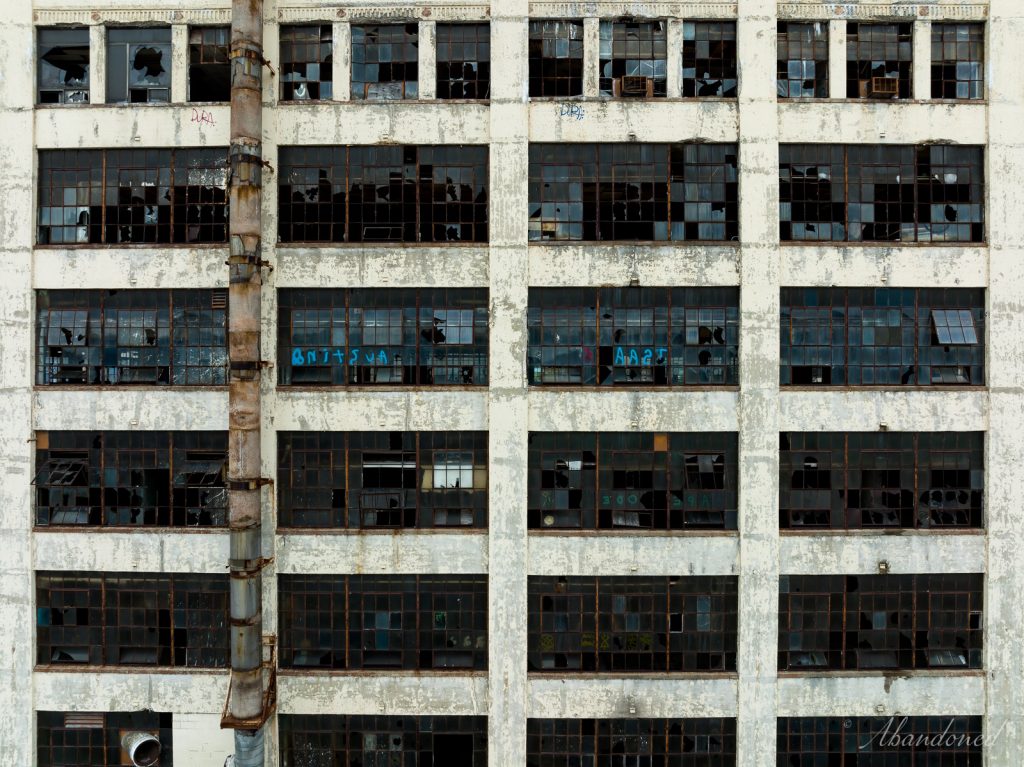 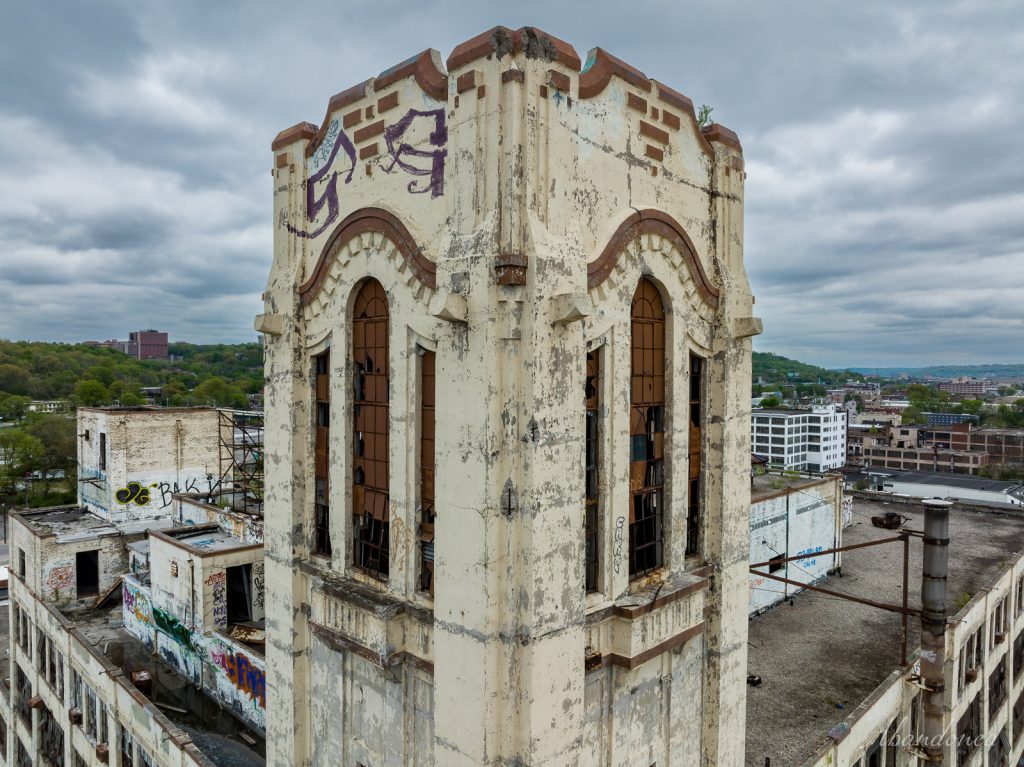 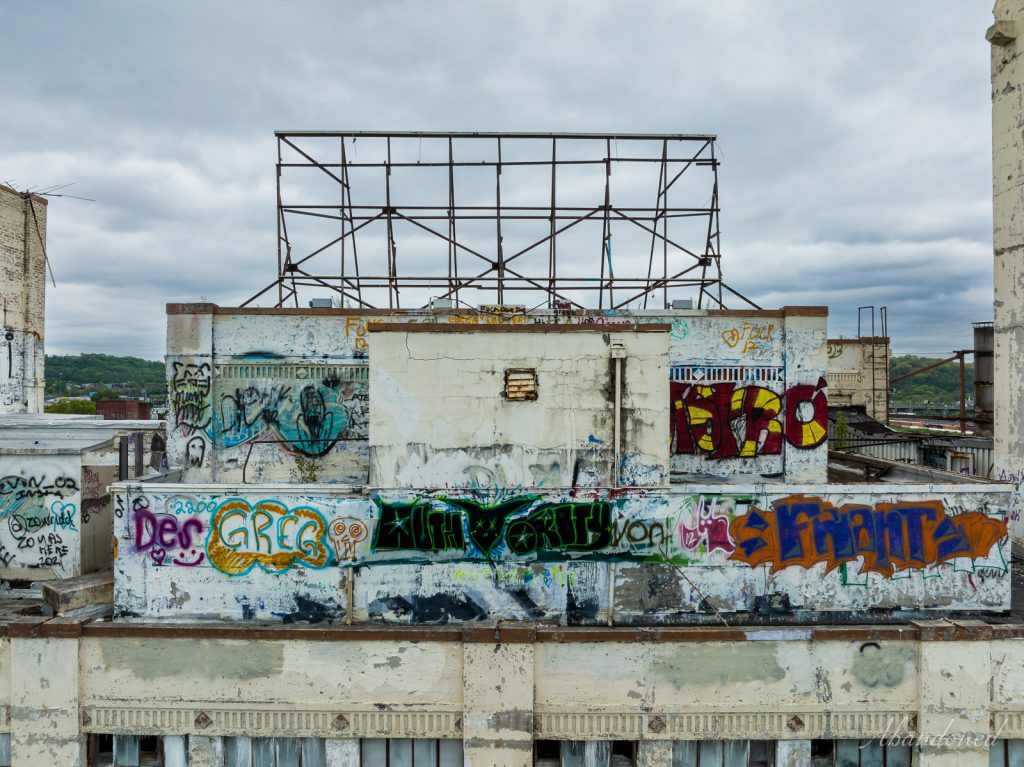 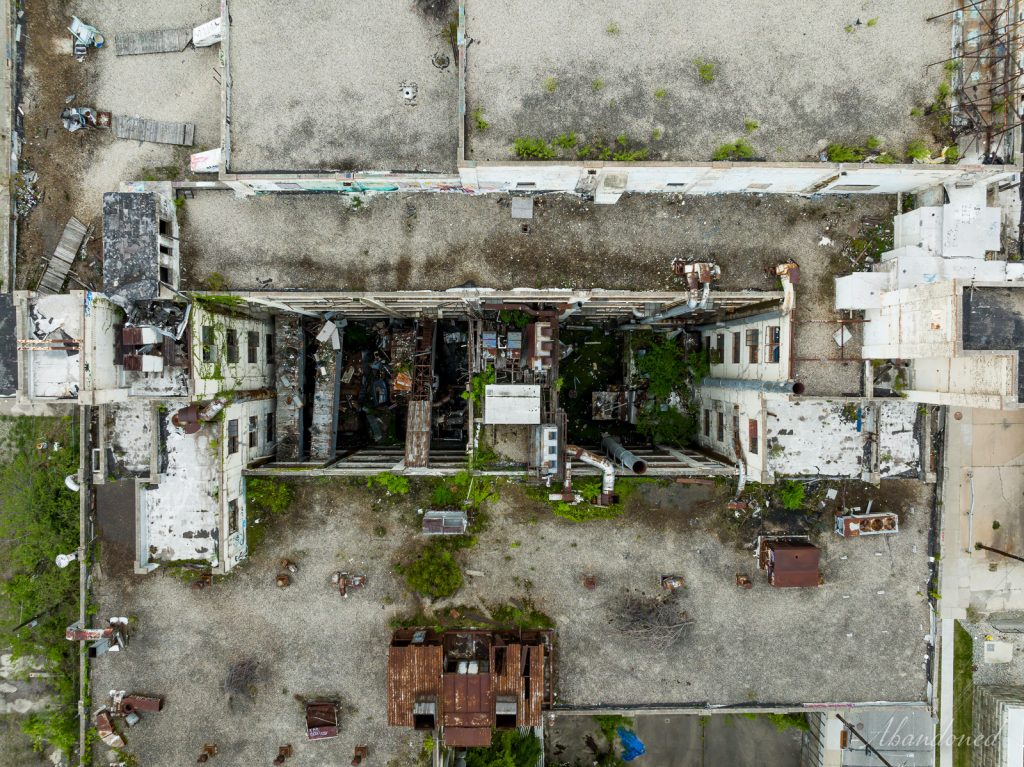 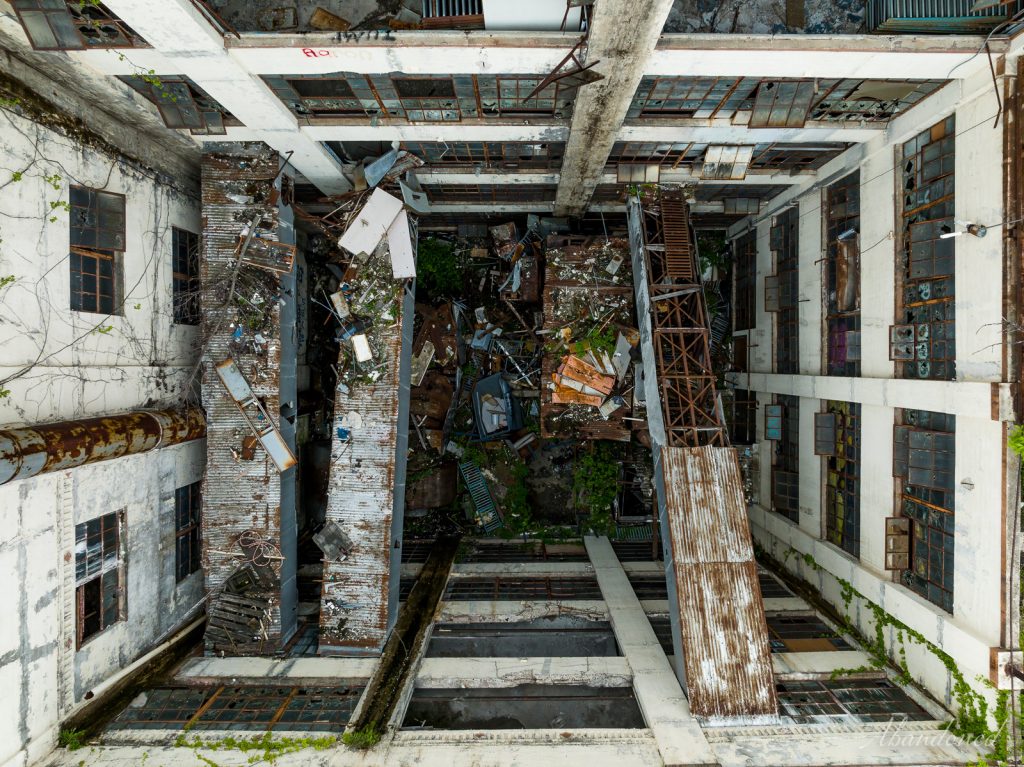 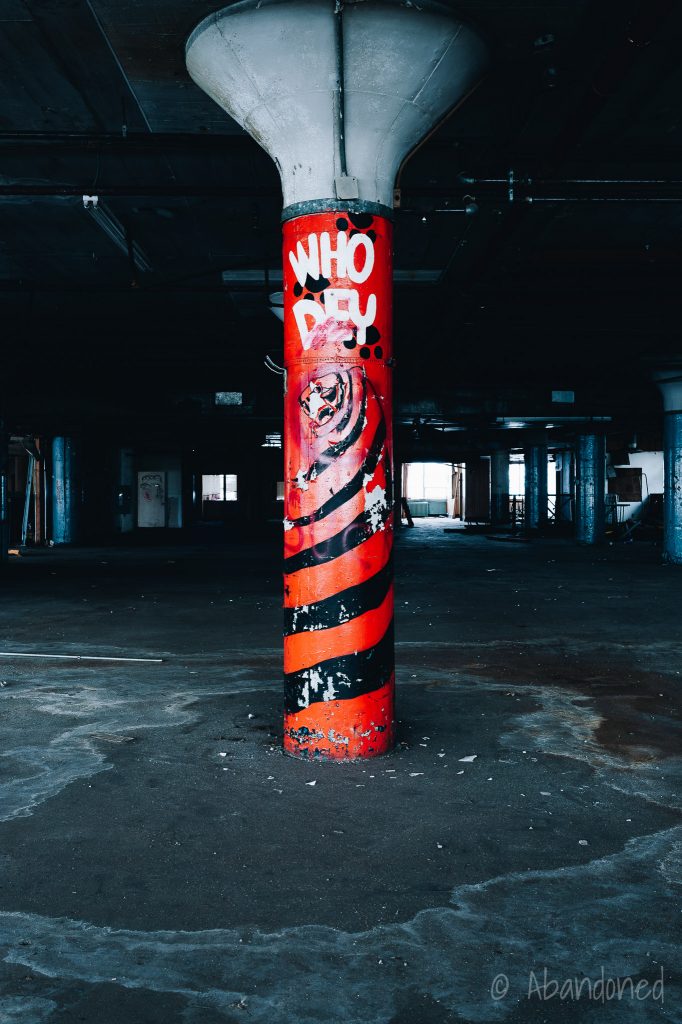 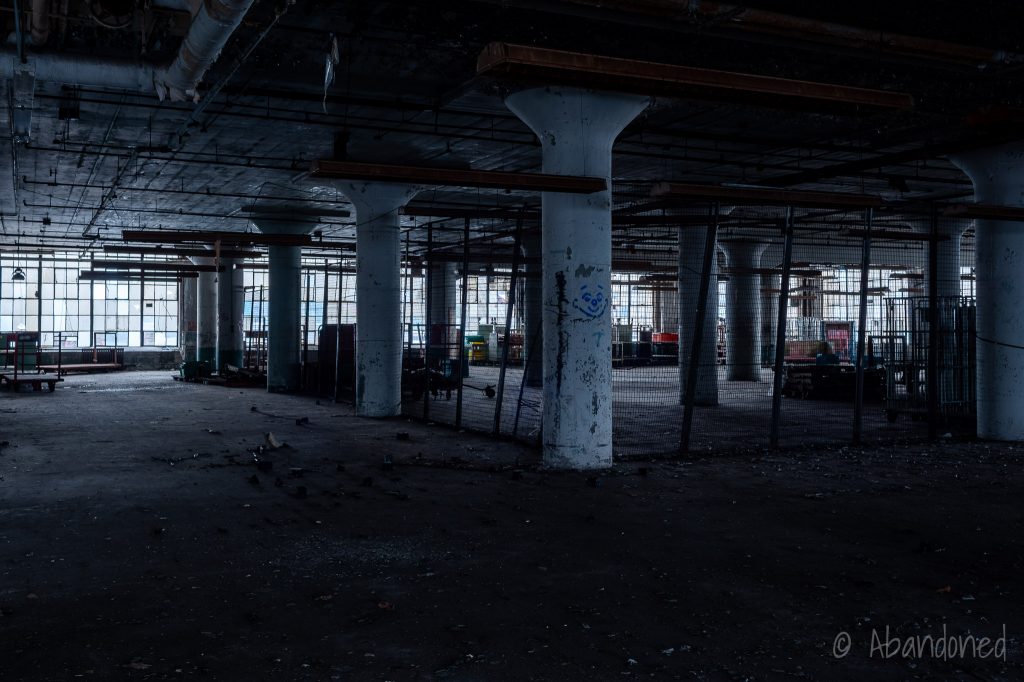 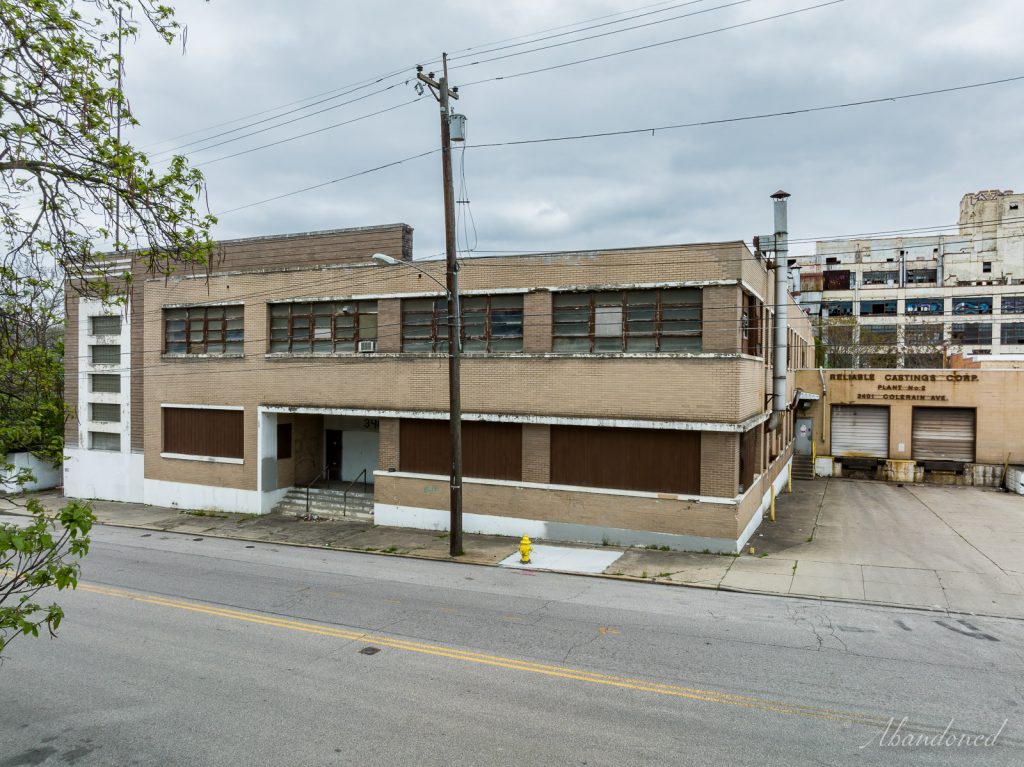 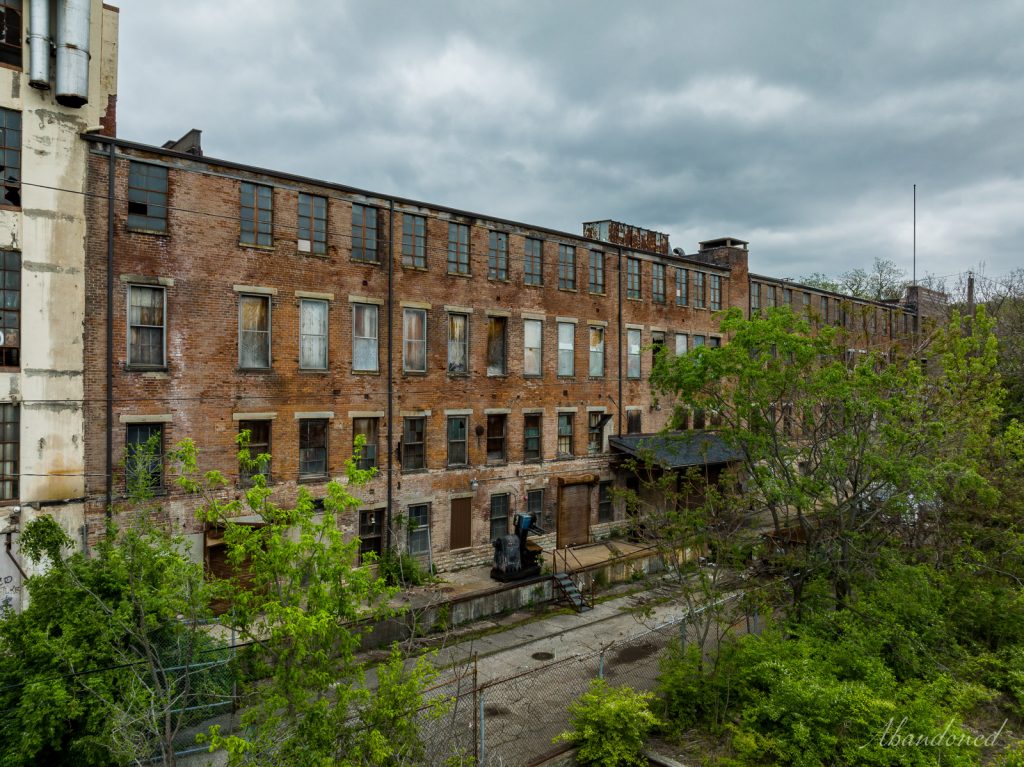