The National Copper and Smelting Company was a manufacturer of seamless drawn copper and brass tubing in Cleveland, Ohio. After relocating, the site was used by Woodhill Supply and by the American Heart Association for the storage of rubber ducks.

The Little Italy neighborhood was established in the latter half of the 19th century by immigrants mainly from Italy’s Abruzzi region. 1 By 1874, the community began to be subdivided, and an area adjacent to Lake View Cemetery, along what became Monroe Avenue (later Carabell Street and today’s East 123rd Street), was sold to Anderson & Barnard for a linear subdivision.

After 1868 and before 1875, the East Cleveland Railway Company was extended as far southwest as the Cleveland & Pittsburgh Railroad tracks at Monroe Avenue. 2 The streetcar company, established in 1860, was operated by horsecars that ferried passengers along iron-strapped wooden rails. Around the time of the extension, the company acquired lots six, seven, and eight along Monroe Avenue (then renamed Carabell Street) for use as horse stables.

The East Cleveland Railway Company began electrification efforts in 1884, 2 and the horse stables were converted into a streetcar maintenance facility by the 1890s. The streetcar firm was purchased by the Cleveland Electric Railway Company in 1893. 3

The National Copper and Smelting Company was founded in Cleveland in 1916. 4 On January 10, 1920, 6 the firm announced that it was acquiring a building from the Babin-Sill Company Company 7 on the site of the former Cleveland Electric Railway Company maintenance shops its new Cleveland plant, where it would produce seamless drawn copper and brass tubing. 5 6 It would augment its Detroit operations.

National Copper and Smelting relocated to Huntsville, Alabama in 1982. 4

The National Copper and Smelting property was reused by Woodhill Supply, a distributor of HVAC, PVF, and plumbing supplies. 8 A piece of the building was used by the American Heart Association to store boxes of rubber ducks, which were used for an annual race down the Cuyahoga River.

In mid-2014, Visconsi Companies announced that it had a purchase contract for the abandoned Woodhill Supply site and was proposing to construct 150 apartments once the buildings were demolished. 8

The derelict site caught fire on September 27, 2015, around 10:30 a.m. 9 One firefighter suffered minor injuries as dozens of others extinguished the blaze. After the blaze had settled, the city demolished most of the Woodhill Supply lot. 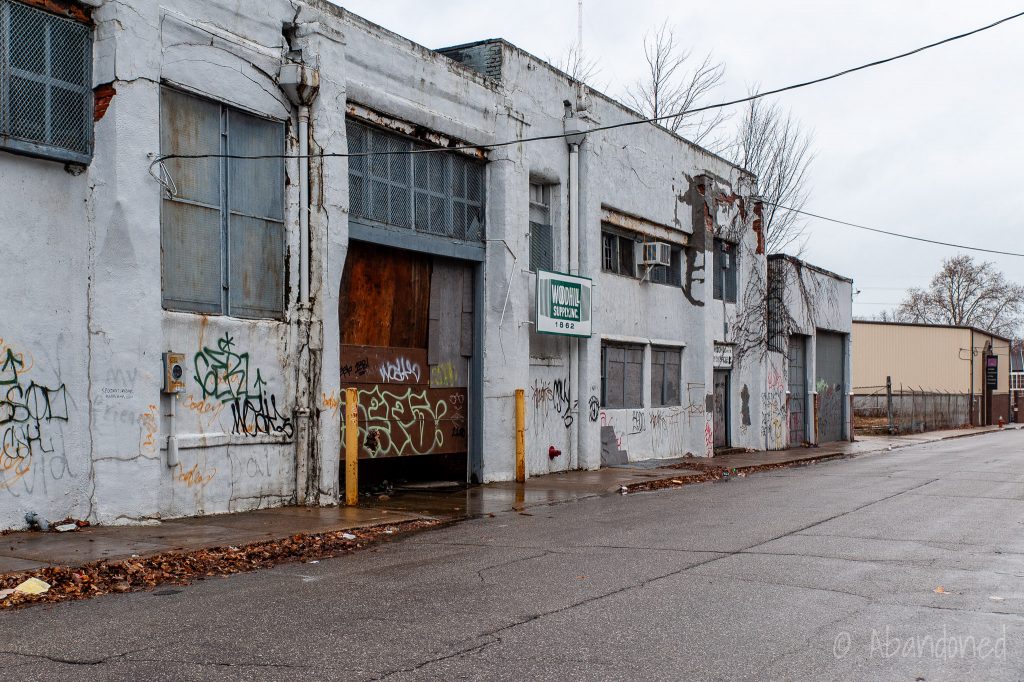 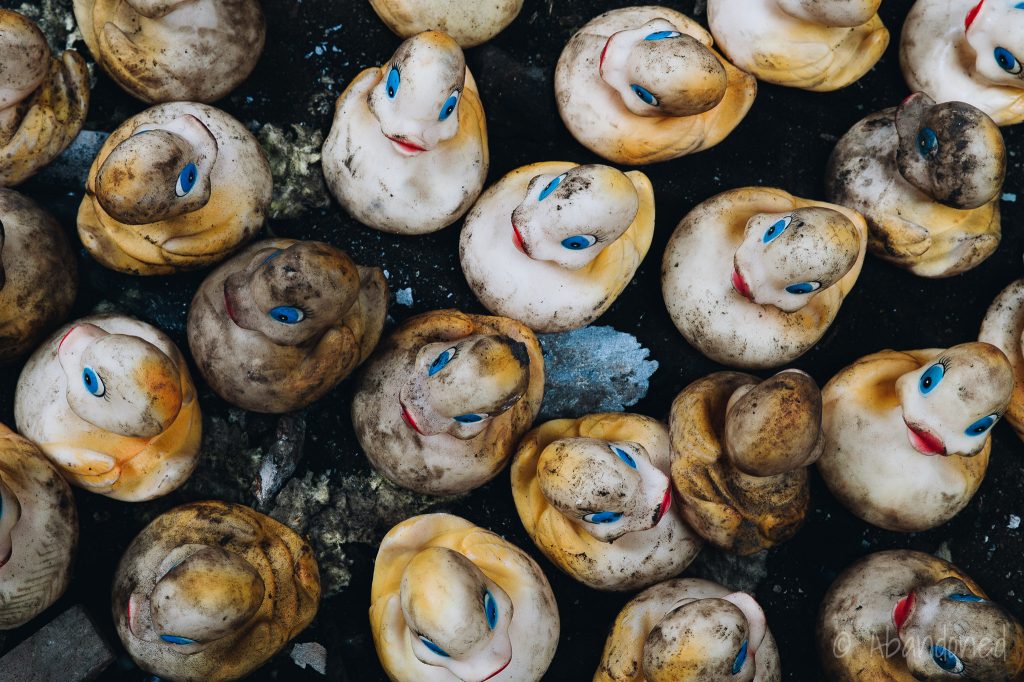 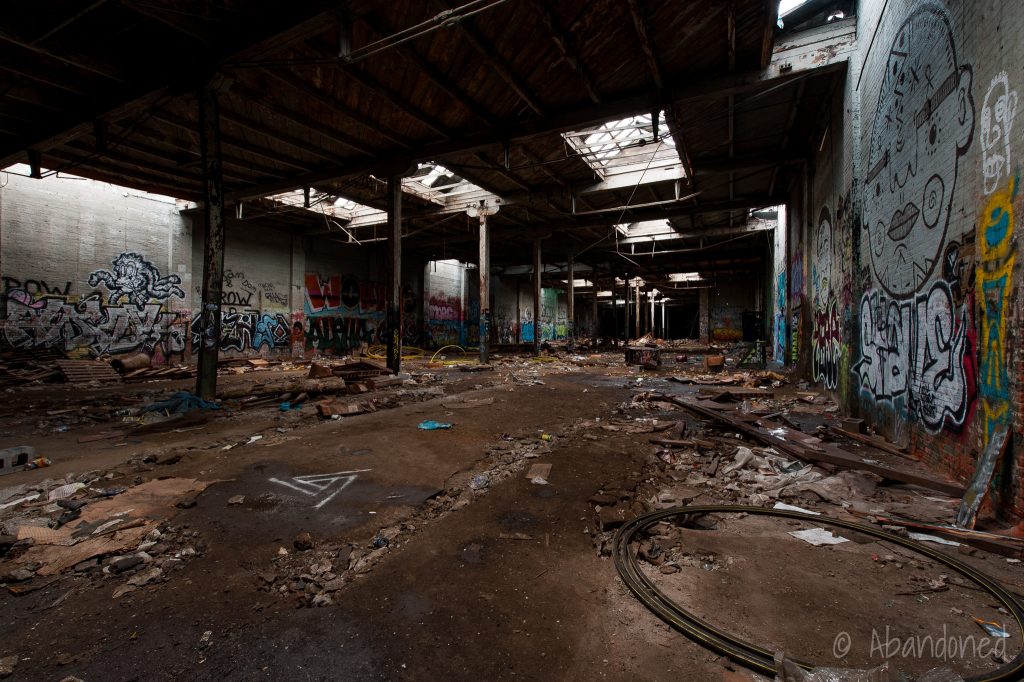 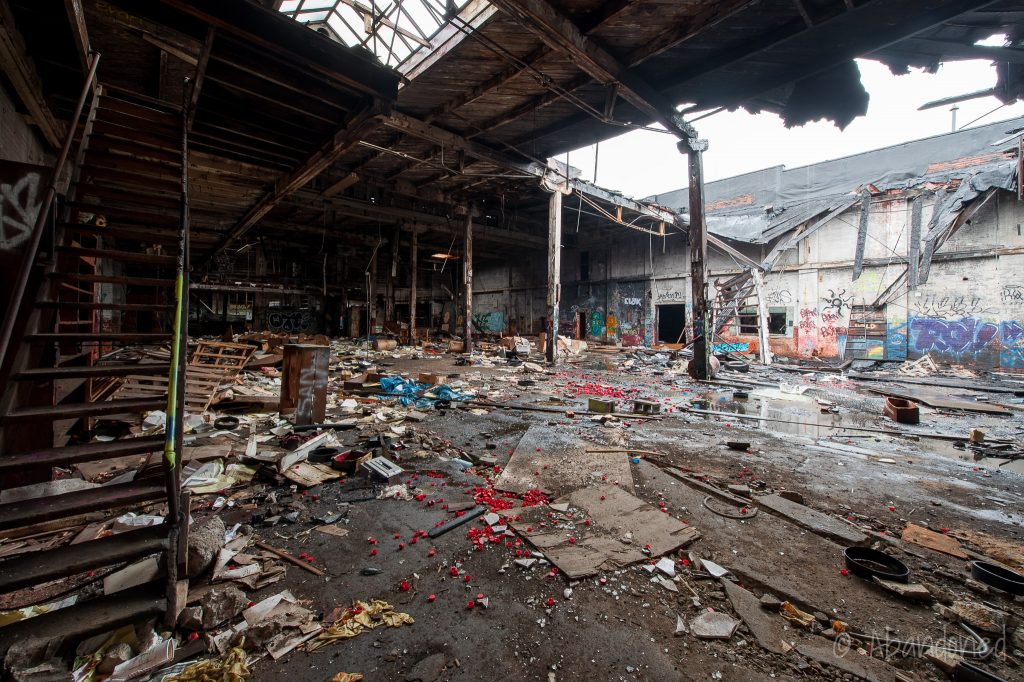 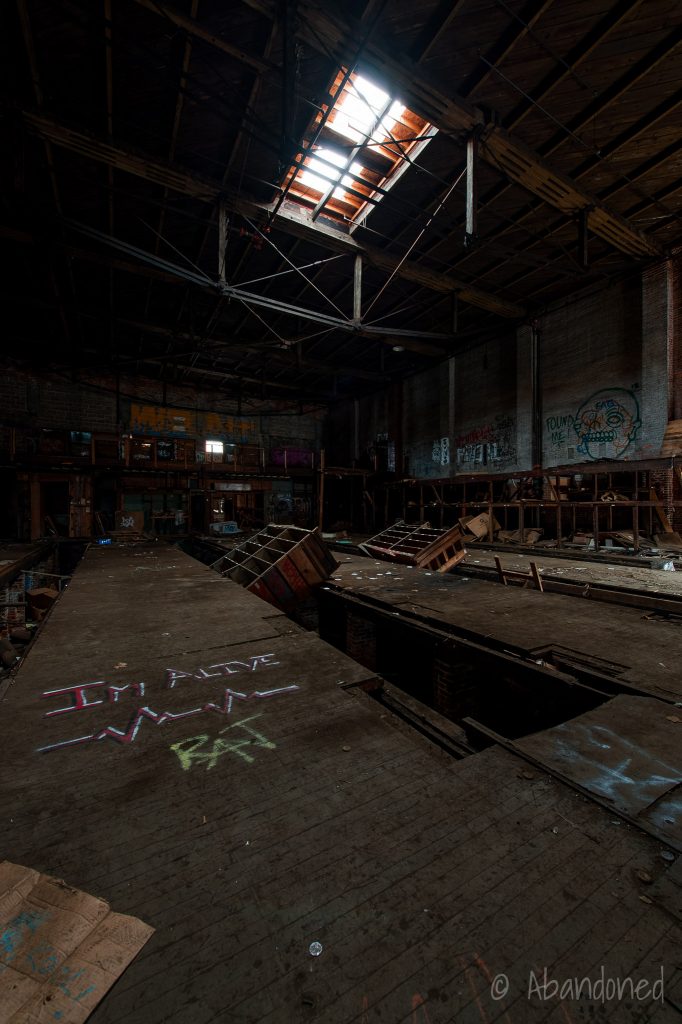