The Pittsburgh, Cincinnati, Chicago & St. Louis Railroad, commonly referred to as the Panhandle Route, was part of the Pennsylvania Railroad system that connected Pittsburgh, Pennsylvania to Bradford, Ohio where the line split into routes to Chicago, Illinois, Indianapolis, Indiana, and East St. Louis, Illinois.

Construction westward was slow because of the hilly terrain that required the construction of numerous tunnels. The Bowerston tunnel alone took two years to complete as some of the borings required arching and the completion of side walls. The first section of the S&I opened between Steubenville and Unionport on December 22, 1853, followed by a westward extension to Cadiz Junction on February 2, 1854. A branch line to Cadiz was completed on June 12. The mainline was extended west to Masterville on June 22, Bowerston on July 12, and Newark on April 11, 1855.

The S&I came to an agreement with the Central Ohio Railroad to use its tracks from Newark west to Columbus on April 16, 1857, finishing the initial intended route.

The Pittsburgh & Steubenville Railroad (P&S) was chartered on March 24, 1849, with the intention to build between Steubenville and the Monongahela River near Pittsburgh, and was authorized to extend to Pittsburgh on April 21, 1852. To expedite construction, the S&I deeded the right-of-way it had acquired from 36 landowners in Virginia to the P&S, which allowed the P&S to build without a charter.

The first through train for the P&S between Pittsburgh and Columbus ran on October 2, 1865. 3

The P&S was sold under foreclosure to the Panhandle Railway (chartered earlier in April 1861) on November 6, 1867. On April 30, 1868, the S&I, Panhandle, and Holiday’s Cove Railroad merged to form the Pittsburgh, Cincinnati & St. Louis Railway’s (PC&StL) Panhandle Line. In September 1890, the PC&StL was merged with the Cincinnati & Richmond Railroad and the Jeffersonville, Madison and Indianapolis Railroad to form the Pittsburgh, Cincinnati, Chicago and St. Louis Railway (PCC&StL).

By 1893, the Panhandle Line was mostly double-tracked, with gauntlet tracks used in the tunnels to eliminate switching. 1 The PCC&StL was leased by the Pennsylvania Railroad (PRR) in 1921, which soon became among the busiest of lines in the United States by World War II. 2

In 1949, the PR began a multi-million dollar construction project to improve the Panhandle Line between Dennison, Ohio, and Steubenville, with the goal to raise clearances to accommodate unusually large shipments and double track the remainder of the route. 1 To achieve the goal, the PRR elected to remove four tunnels:

A $2 million project to eliminate the Bowerston Tunnel began in June, which involved the construction of one new mile of track through a cut 600-feet long and 220-feet deep that required the removal of 2½ million cubic yards of earth, the blasting of one million cubic yards of rock, and the use of 500,000 pounds of explosives. 1 The project was completed on October 24, 1950.

The PRR merged the PCC&StL into their Philadelphia, Baltimore & Washington Railroad (PB&W) subsidiary on April 2, 1956. In 1968, PRR merged with the New York Central Railroad to form Penn Central Transportation (PC), which failed in 1976 and eventually became Conrail.

A train wreck west of Steubenville shortly after the consolidation required Conrail trains to be rerouted from the Panhandle Line to the Fort Wayne Line, and much of the through traffic that was destined for St. Louis was rerouted onto the Pittsburgh-Cleveland-Chicago Line. 2 After noting the reduced operating costs, Conrail opted to abandon its use of the Panhandle Line between Columbus west to Bradford, where the railroad split into a northern segment to Chicago and southern segment to Indianapolis.

Today, the easternmost section of the Panhandle Line, between Carnegie, Pennsylvania, and Pittsburgh, has been converted into the West Busway, a bus-only roadway. The section between Carnegie and Walkers Mill is operated by the Pittsburgh & Ohio Central Railroad while the segment from Walkers Mill to Weirton, West Virginia has been converted into the Panhandle Trail, a rail-to-trail. The section west of Weirton to Columbus operates by the Columbus & Ohio Railroad. 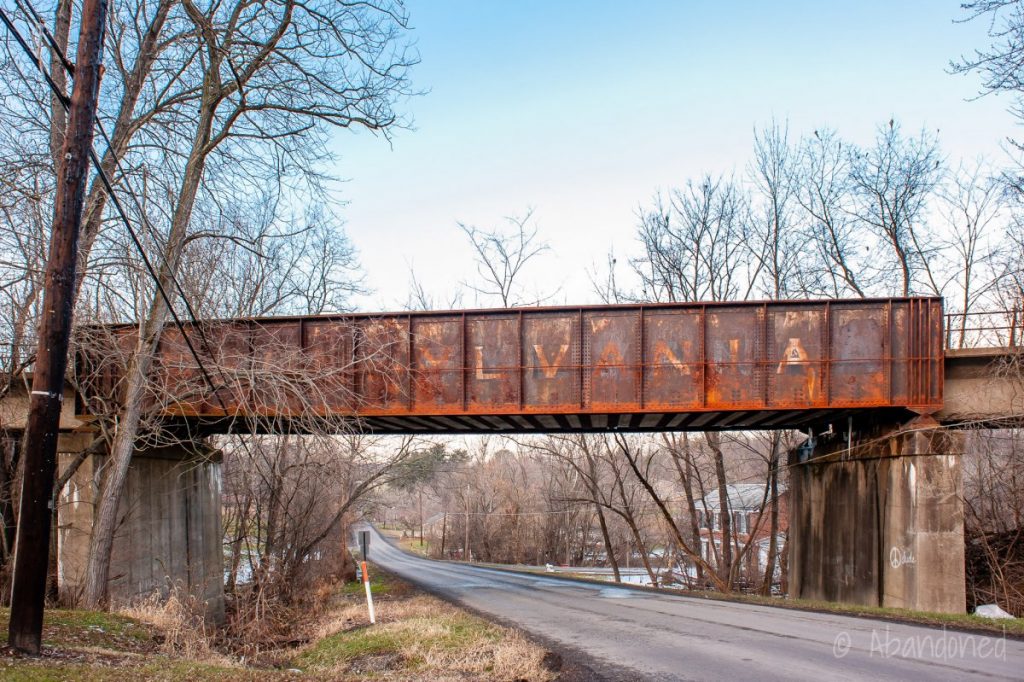 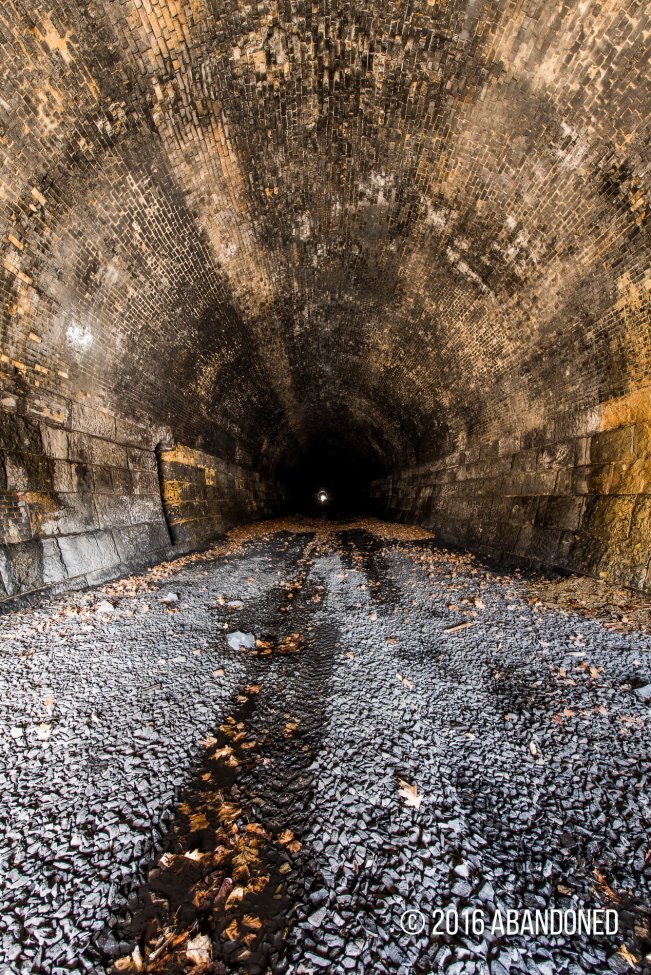 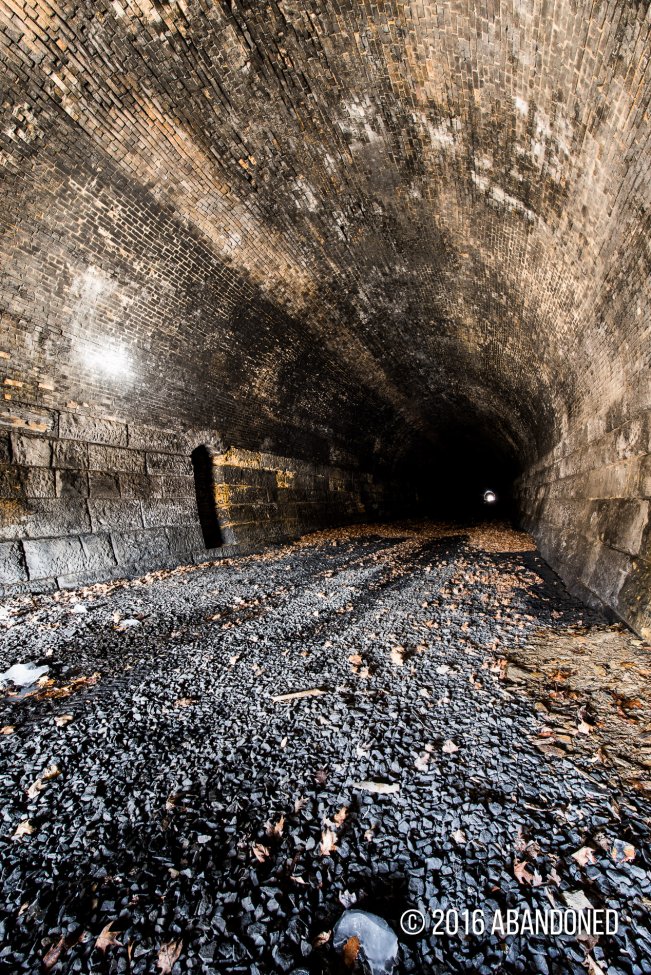 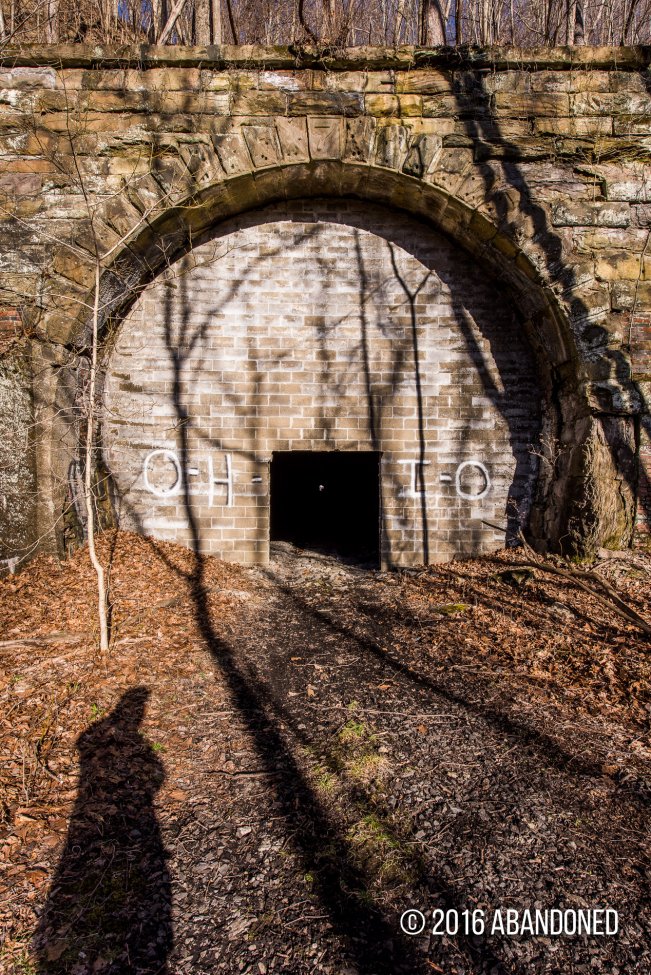 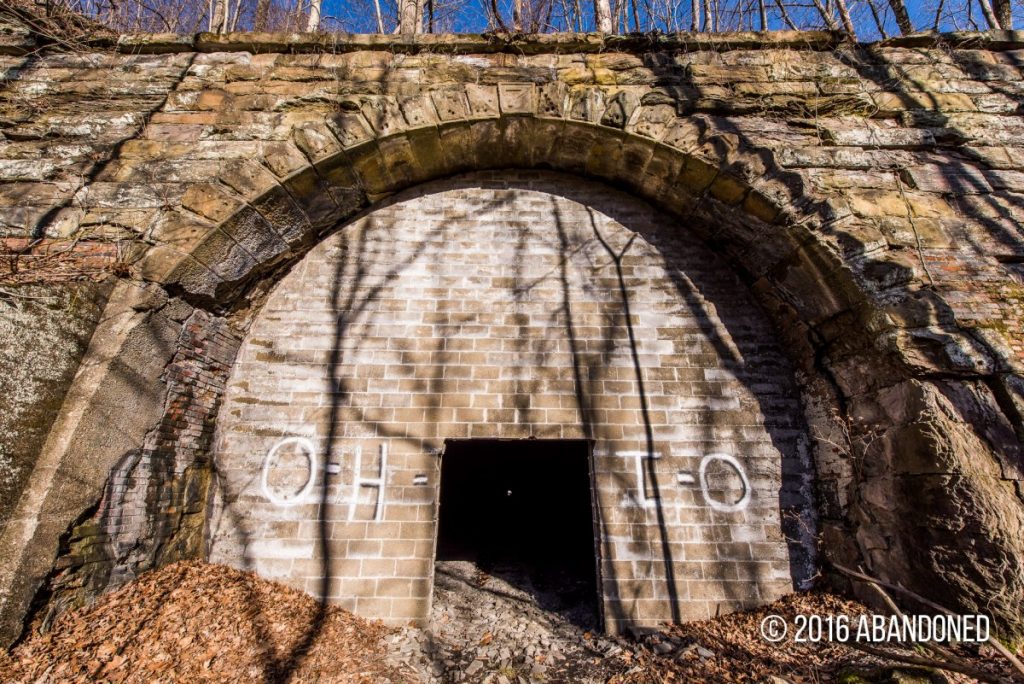 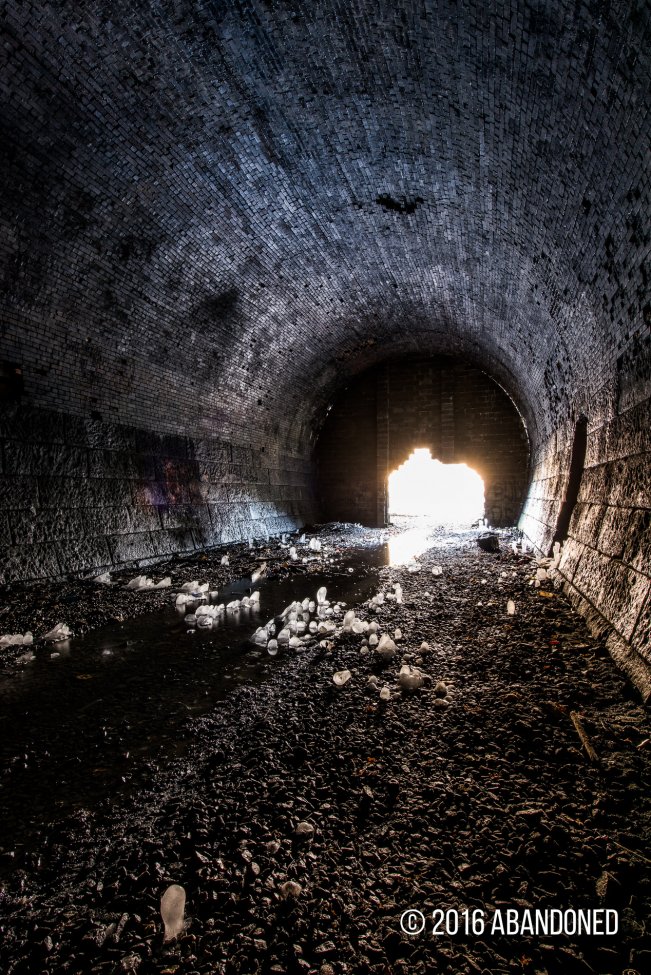 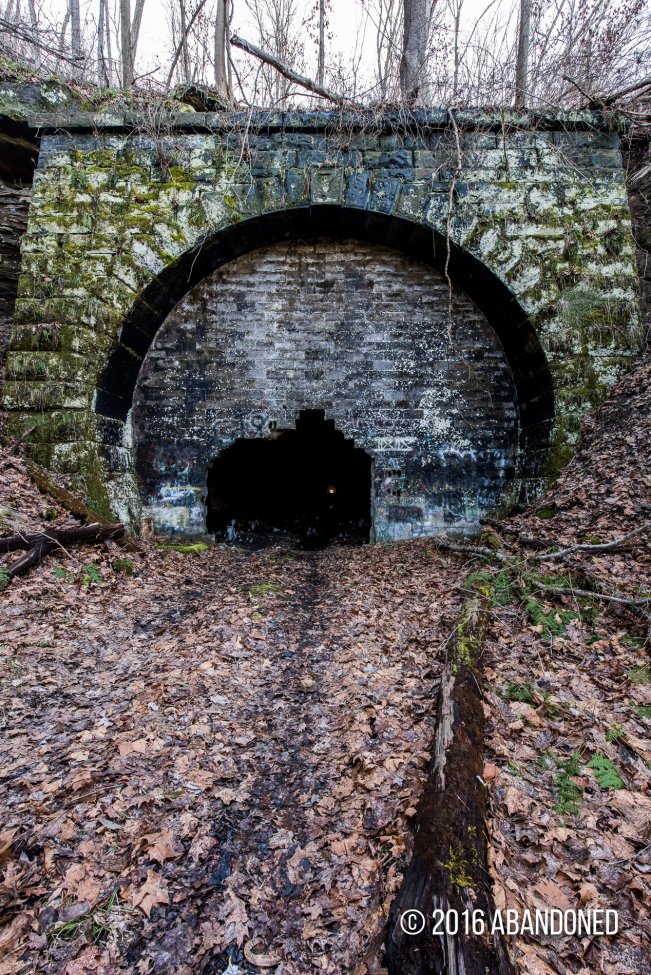 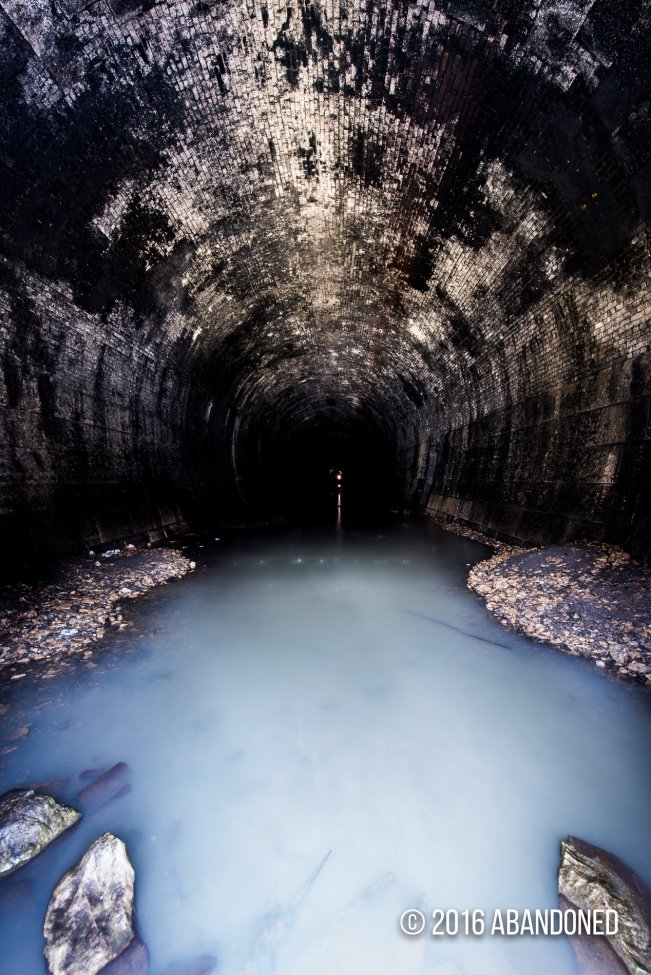 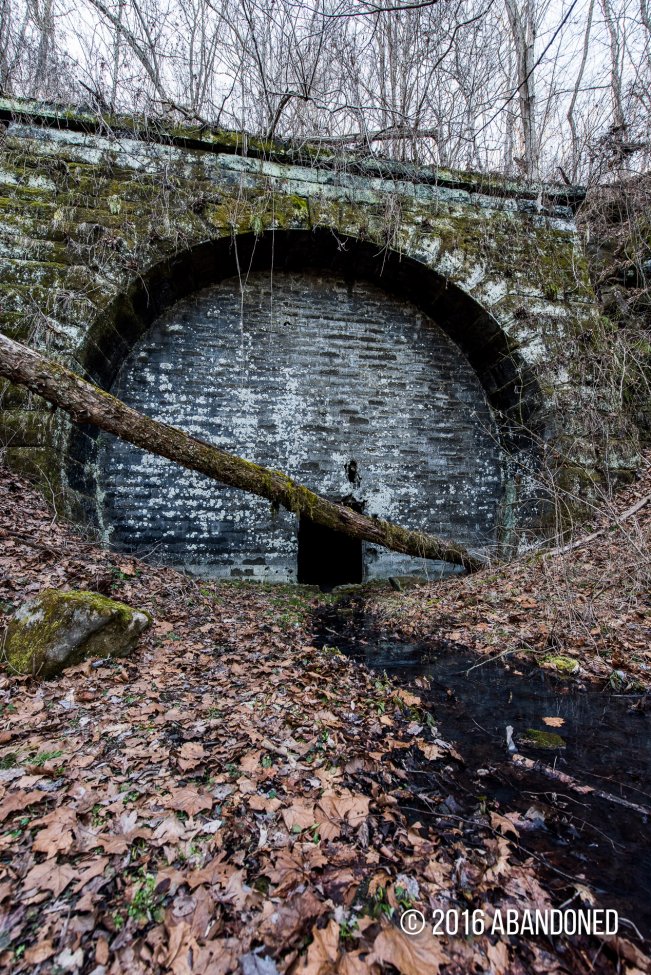 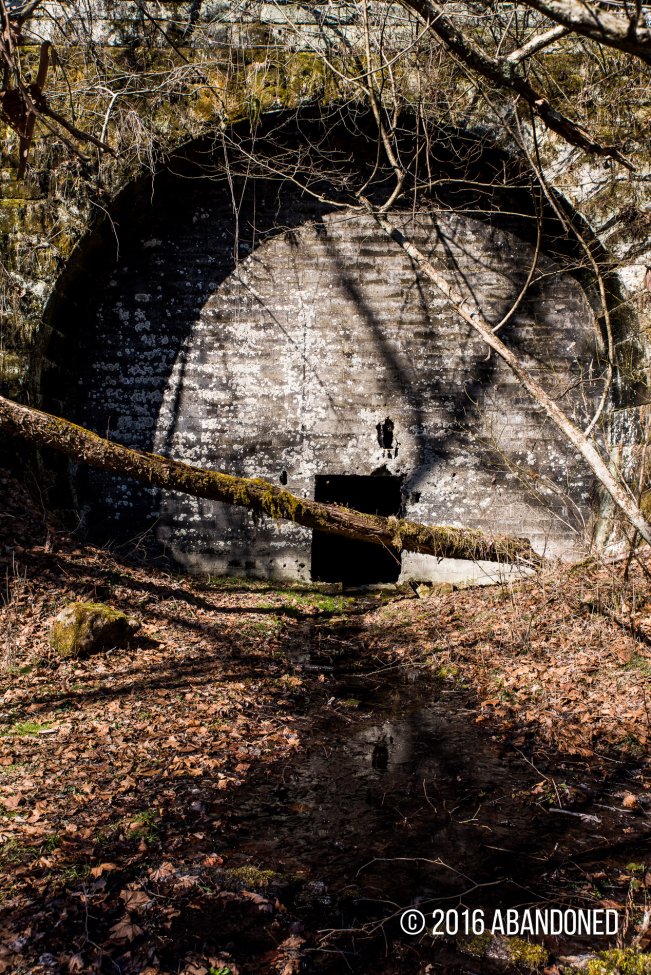 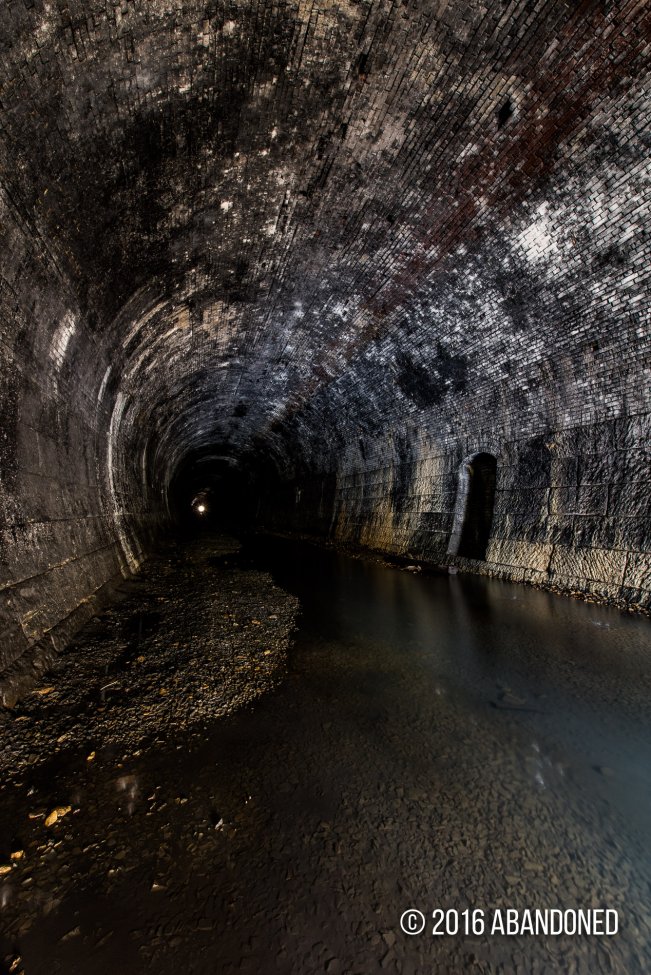 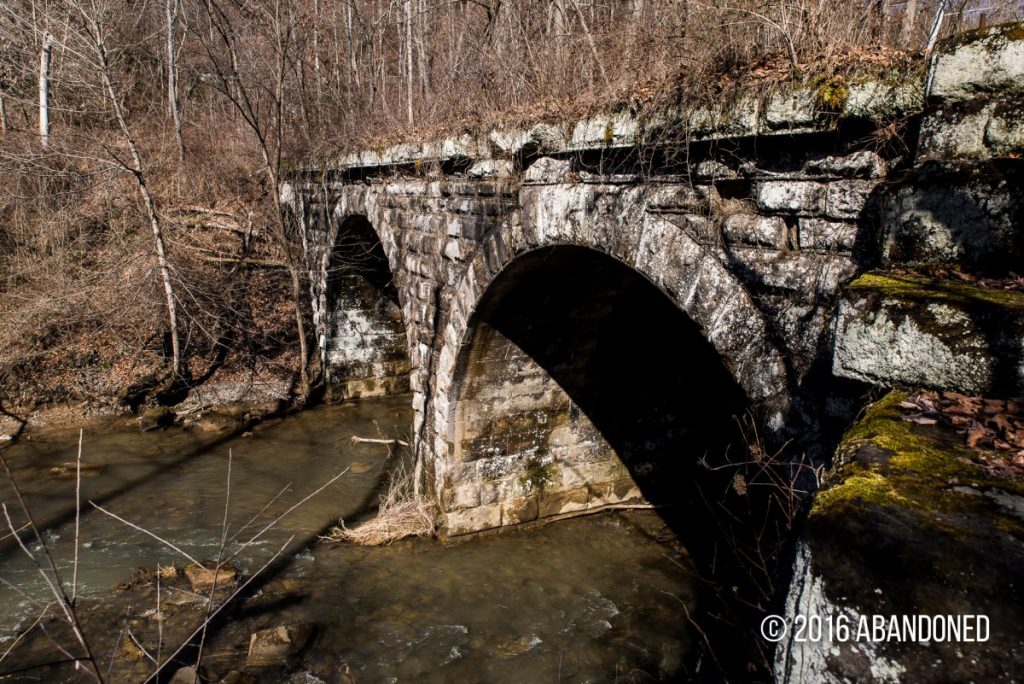 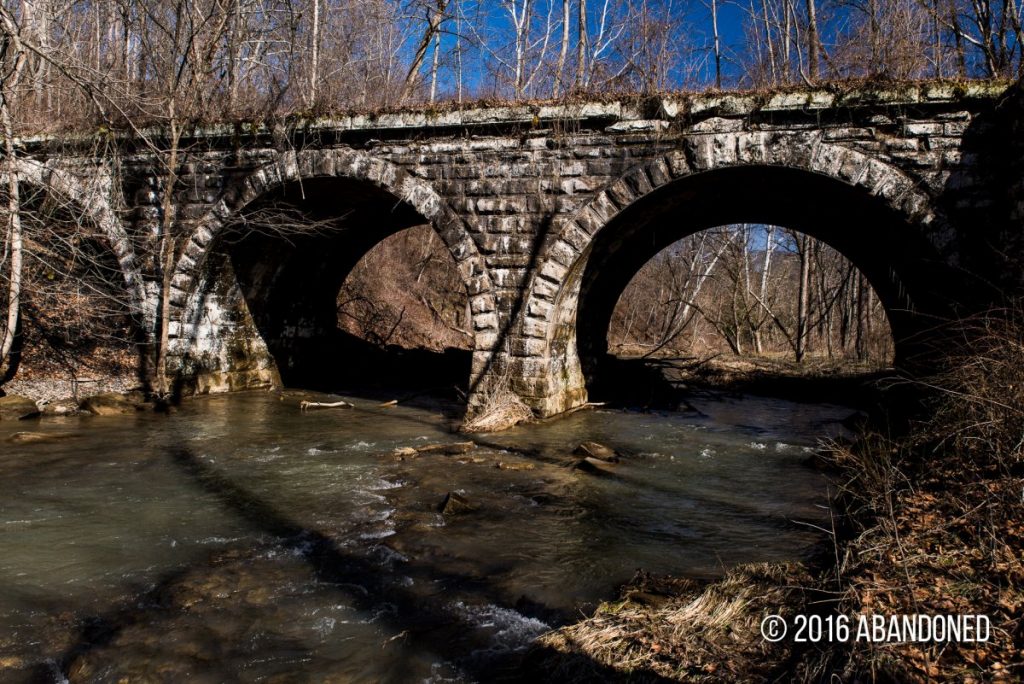 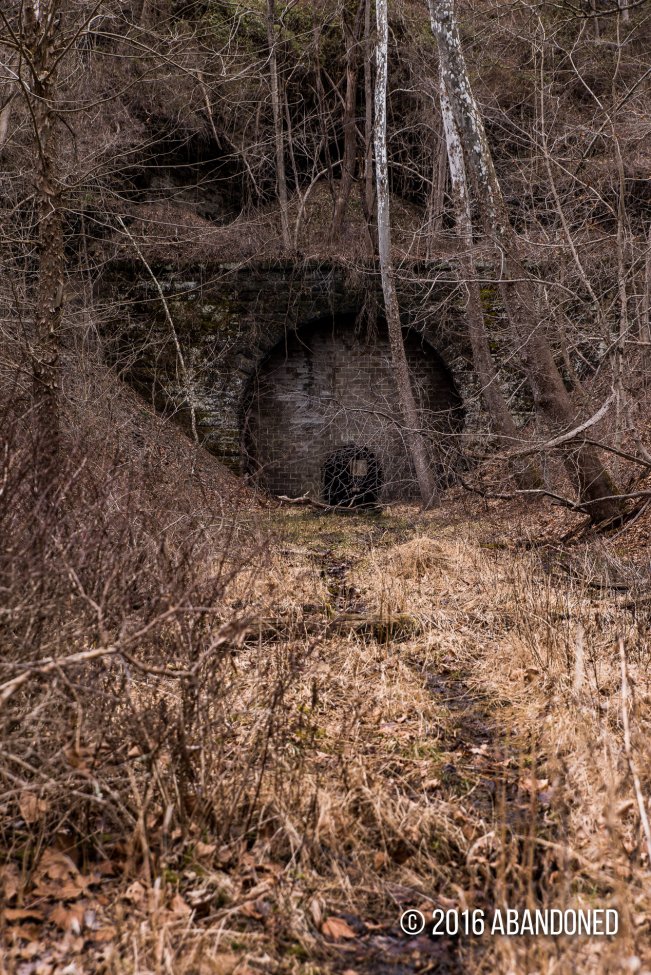 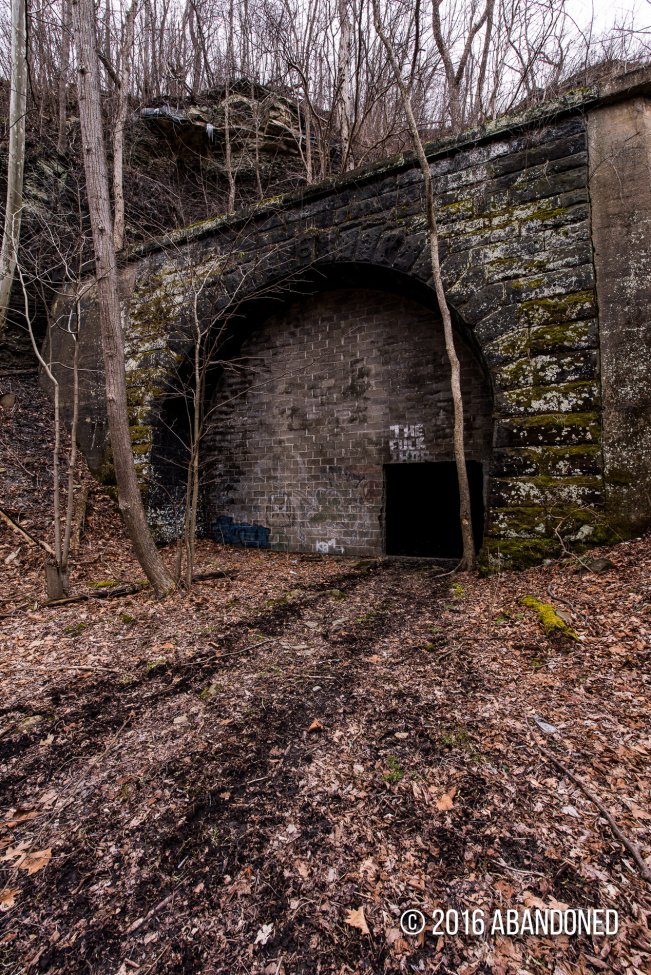 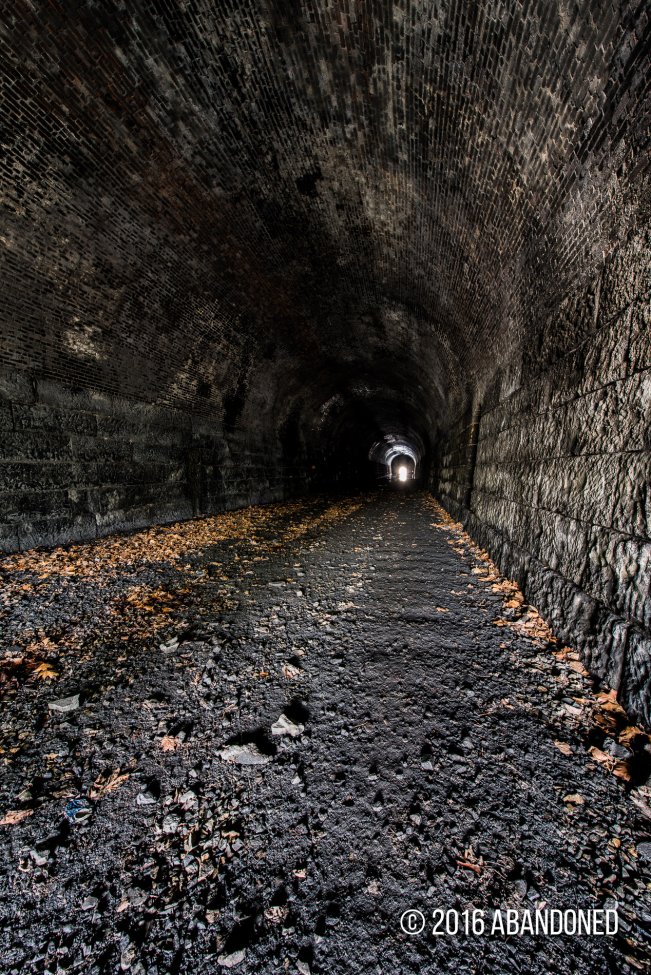 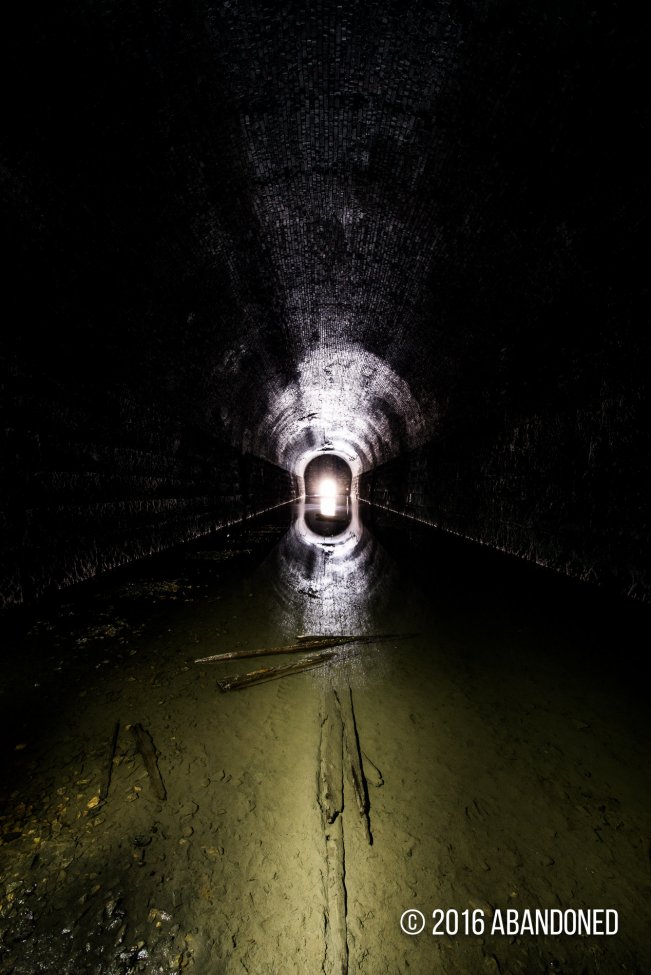 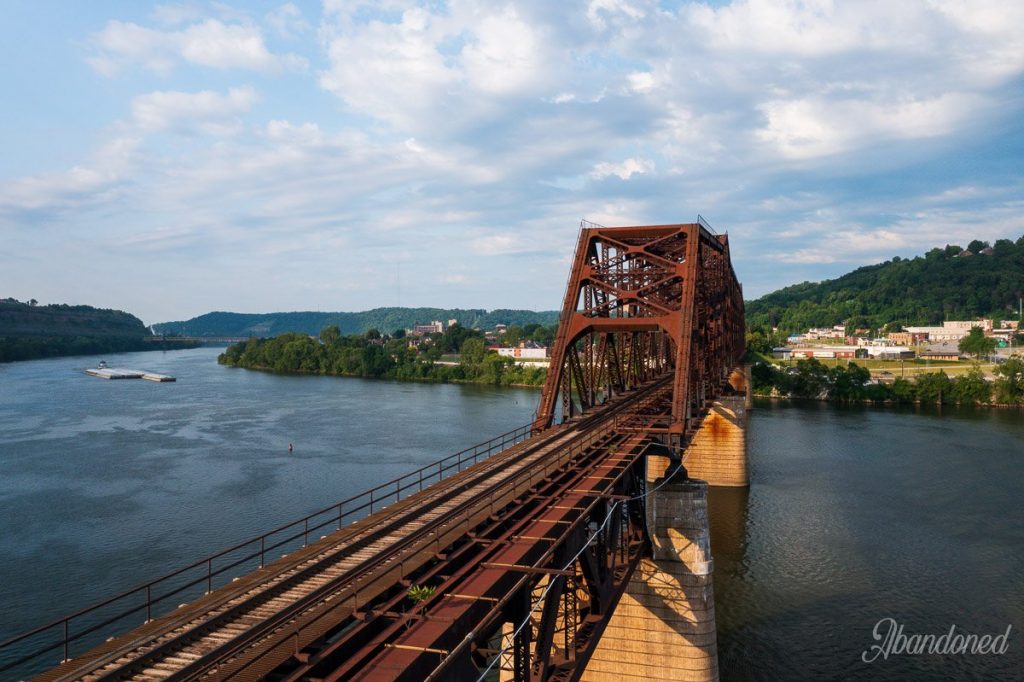 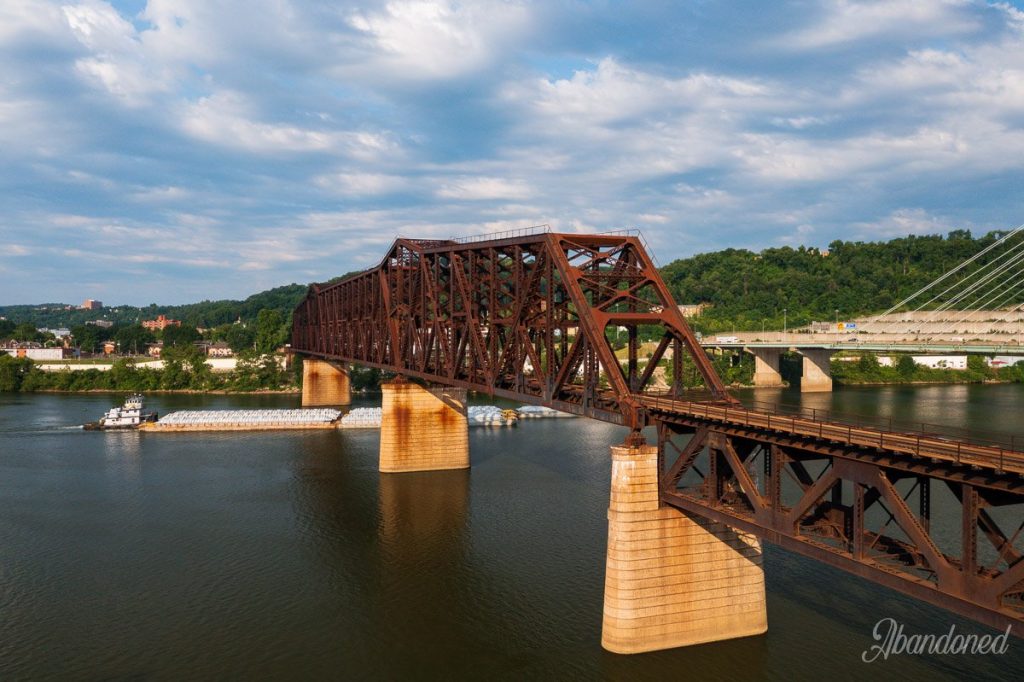 The Waldo Hotel was one of West Virginia's premier hotels. Located in downtown Clarksburg, the Beaux-Arts style, seven-story building was constructed from 1901 to 1904 and was designed by Harrison Alb…
END_OF_DOCUMENT_TOKEN_TO_BE_REPLACED
Category ExplorationsPosted on February 1, 2012July 21, 2014

A rural Dearborn County, Indiana residence, at the corner of Gutapfel and Legion Road in Jackson Township, provides a stark contrast between the size of houses then and today. For more phot…
END_OF_DOCUMENT_TOKEN_TO_BE_REPLACED