The Shepherd of the Lord Chapel is an abandoned Naval church in Connecticut. Servicing Catholic, Protestant, and Jewish congregations, it was built off-base to support the religious and community needs of married Sailors and their dependents.

The distinctive A-framed, 23,000 square-foot chapel, designed in the Googie architectural style, was constructed in 1965 1 3 and opened on October 4, 1966, during the height of the Cold War. 6 The building included a small multi-faith chapel, used by both Christian and Jewish worshipers, a smaller Catholic Chapel, and a large multi-purpose room.

The first public performance was held on September 11, 1966, when Navy personnel presented Franz Haydn’s choral, “The Creation.” 5 It was the first sacred work performed in the area by a combined Catholic and Protestant chorus.

A community center was dedicated on the grounds of the chapel on April 15, 1975. 7 It provided room for classes and an expansion of programs that existed at another community center elsewhere in Groton. A school was added to the church in 1992. 1 3

A circa 1953 Austin Organ, sourced from a church in Greenwich, was installed by Alan D. McNeely, with the assistance of the Navy Corps of Engineers, in 1988. 4 The 15,000-pound, 3,000-pipe instrument replaced an electronic version.

In January 2012, the church announced that it would close because of the cost of maintenance on the building and a declining congregation. 1 The last religious service at the Shepherd of the Lord Chapel was held during the Ash Wednesday Vigil Mass on February 21. 2

The Navy and U.S. General Services Administration held open houses on May 11, May 25, and June 9, 2016. 1 An online auction, with a minimum bid of $100,000, was then held. The sale of the chapel came with historic preservation covenants, limiting changes to the structure. 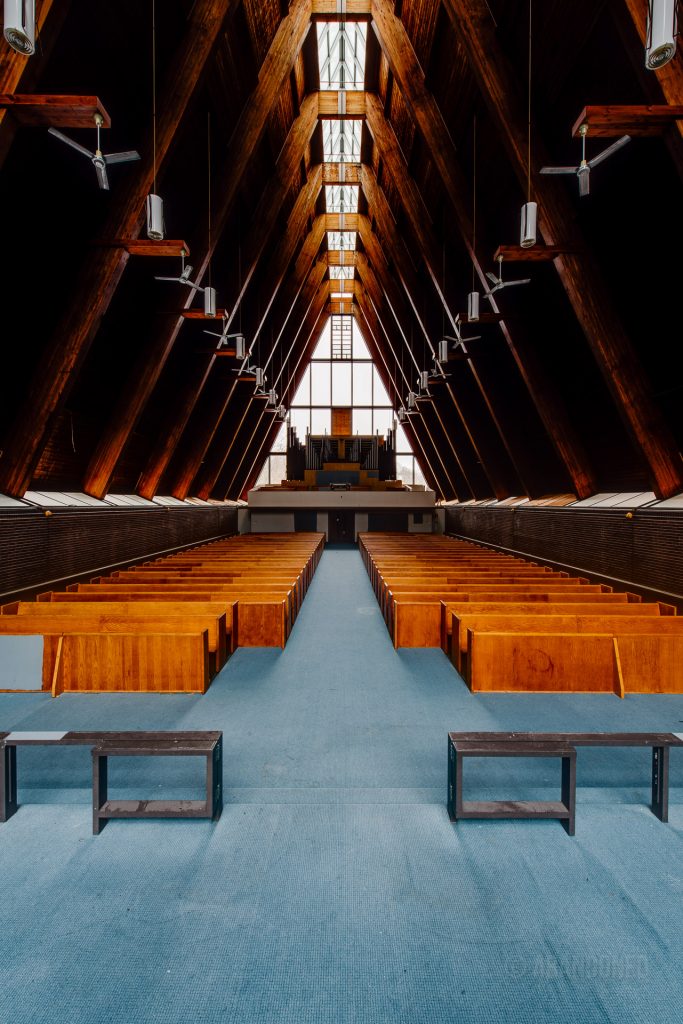 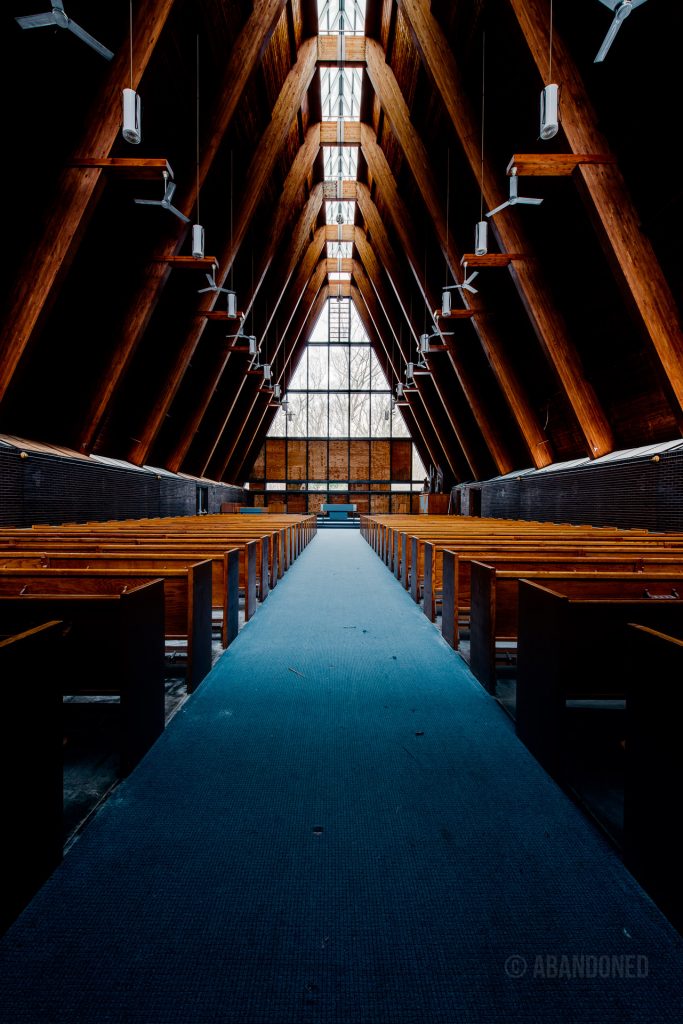 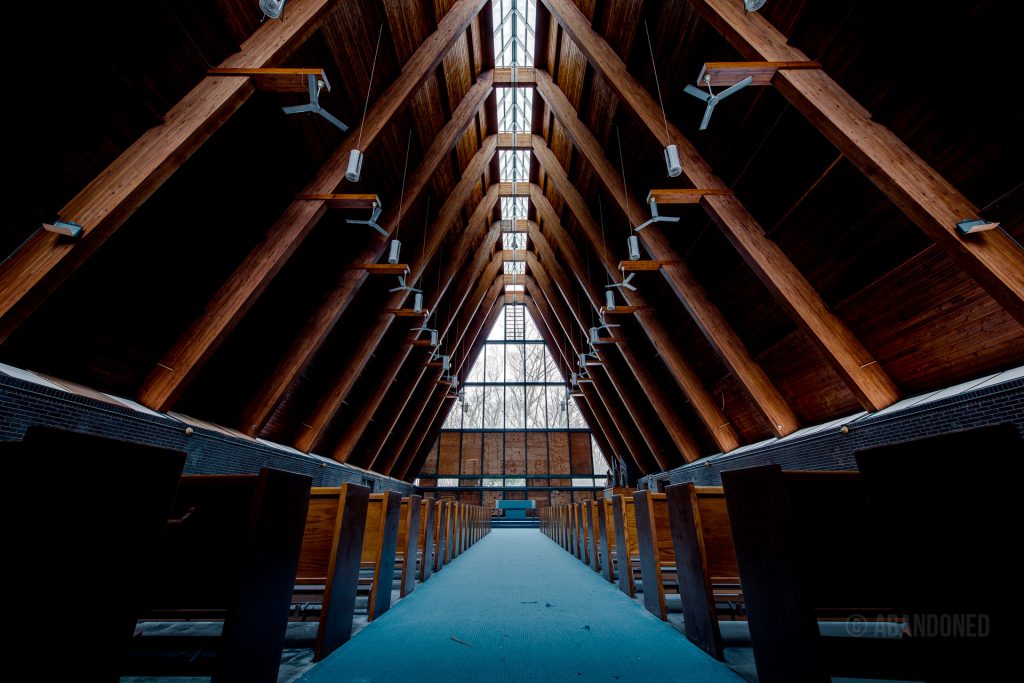