The Tewksbury Almshouse was authorized by an act of the Massachusetts General Court in 1852 and opened in May 1854, 2 3 accepting what was then known as the “pauper insane.” 4 6 It was the state’s first facility to accept the chronically insane. 6

The initial campus was hastily constructed and consisted of identical wood-framed buildings modeled after the Lyman School. 6 With four-story central cores flanked by three-story wings in a U-shape, the buildings were difficult to heat and were considered drafty firetraps.

The buildings were soon overwhelmed as within three weeks of opening, Tewksbury had a population of over 800, well over its capacity of 500. By the end of the year, 2,193 people had been admitted to the complex. 2 Overcrowding was relieved to an extent with the transfer of some inmates to Bridgewater and Monson. 6

In 1866, the state Almshouses were reclassified. 6 Bridgewater became the State Workhouse for the criminal poor and insane while Monson became the State Primary School for pauper children. Tewksbury remained the State Almshouse but became dependent on the chronic insane of the poor. 4 5 6  Tewksbury was essentially the first state facility to devote itself to the care of the chronic insane when the Board of Health, Lunacy, and Charity split in the 1880s and 1890s, Tewksbury was placed under the Board of Charity because of its role in serving the poor. 6 Therapeutic industrial and occupational therapy programs and programs for alcoholics were added in the 1870s.

In 1883, Governor Benjamin F. Butler accused Tewksbury management and staff of patient abuse, theft of inmate money and clothing, financial misconduct, abuse of corpses, among other charges. 7 The state legislature organized a committee to investigate the hospital, 8 but ultimately it found that most of Butler’s charges were false. 7 Nonetheless, it led to new management and major changes at Tewksbury. 9

The increased admission rate at Tewksbury led to a major building campaign that transformed the almshouse into a state hospital and infirmary. New development plans were laid out in 1890 and modified in 1893, which called for new buildings and the removal of much of the original campus structures. The change was marked by the passage of Chapter 333 of the Acts of 1900, which changed the facility’s name to Tewksbury State Hospital and Infirmary. 6

New buildings at Tewksbury were designed by Boston architect John A. Fox in Queen Anne and Romanesque Revival styles and constructed between 1894 and 1905, which included an Administration Building and Superintendent’s House in 1894, a chapel in 1896, the Male Asylum Building in 1901, the Women’s Asylum Building in 1903, and the Southgate Men’s Building and Male Officers Dormitory in 1905. 6 During the construction boom, the original circa 1854 almshouse building was razed, although many of the other original almshouse buildings were repurposed and used well until the 1970s.

The campus was ideal for the treatment or isolation of contagious diseases, such as smallpox, tuberculosis, and typhoid, which resulted in the development of the two buildings for men and women in 1900. 6 The buildings were closed in 1941 hen tubercular patients were moved to other state facilities.

A Social Service department was added in 1910, followed by a Department of Dentistry in 1912, a Pathology Laboratory in 1915, and an Eye, Ear, Nose and Throat Clinic not long after. 6

Tewksbury expanded again as part of the Works Progress Administration (WPA) during the 1930s. The New Deal agency was formed in the midst of the Great Depression to employ millions of people, mostly unskilled men, to carry out public works projects. WPA constructed buildings included the Married Couples Building and the Special Building (dormitory) in 1930, a combined Dining Room and Kitchen in 1934, Stonecroft in 1935, and the Nichols Building in 1939. 6 Additionally, several murals were painted in the buildings by Maurice Compris, Samuel F. Hershey, and W. Lester Stevens who were employed by the Federal Arts Project. 11

By the close of the decade, Tewksbury boasted 50 brick and 30 wooden buildings, including cottages for the employees, a power plant for steam heat and electric, a laundry, and a farm spread over 894 acres. 6 The hospital consisted of a Superintendent and Resident Physician, 13 assistant physicians, a steward, a dentist, 2 graduate male nurses, 65 male attendants, 32 graduate female nurses, 147 female nurses and attendants, and 239 other employees.

By 1945, Tewksbury was home to 2,004 patients, the second largest population group of the poor and mentally ill in the country. 6 It was the largest hospital for physical ailments in the state by 1954, caring for those who suffered from acute and chronic diseases, mental illnesses, and dementia. Two-thirds were declared old and infirm. The state was having trouble finding adequate staff for such a varied and depressed population. As a result, the state in 1958 redefined Tewksbury’s mission as that of a general medical center that cared for the chronically ill of all ages, with the center transferring from the Department of Welfare to the Department of Public Health via Chapter 613 of the Acts of 1958. The last of the mental patients had been transferred out to other state institutions by 1955.

Deinstitutionalization, the process of replacing long-term psychiatric hospitals with community mental health services, began in the 1960s. The movement towards deinstitutionalization was born out of a socio-political movement for community-based services and open hospitals and the advent of psychotropic drugs and financial rationales. 1 Tewksbury’s resident population was gradually reduced by releasing stabilized patients, shortening inpatient stays, and reducing admission and readmission rates. Programs were implemented to mitigate the reinforcement of dependency, hopelessness, and other maladaptive behaviors.

The Long Asylum, which was designed for 1,000 beds, was holding just 400 patients by the start of the 1970s. 12 In 1971, the Long Asylum, along with many of Tewksbury’s pre-Civil War buildings, were demolished and were replaced with a centralized structure.

In 1992, Tewksbury received an influx of patients as part of a statewide campus organization plan. 6 Portions of the campus were altered that altered the remaining historic fabric of the campus, including the installation of non-historic window sashes and entrances to the Southgate Men’s Building, the removal of the cornice of the Storehouse, and the removal of the front of the Stonecroft Building.

Because of the variety of mental and physical illnesses at Tewksbury, a Home Training School for Nurses with a two-year program was established on the campus in 1894, which expanded to a three-year training program in 1898. 4 6 A School of Practical Nursing was added in 1921. Both closed in 1997 over financial concerns. 10

The Administration Building was designed by Boston architect John A. Fox in the Queen Anne style and constructed in 1894 as part of the campaign to replace early wood-frame buildings with fireproof masonry ones. 6 It was built immediately in front of the circa 1854 Almshouse structure which was subsequently torn down. The Administration Building was expanded with two-story wings circa 1920 and a one-story rear ell circa 1930, both designed in the Colonial Revival style. 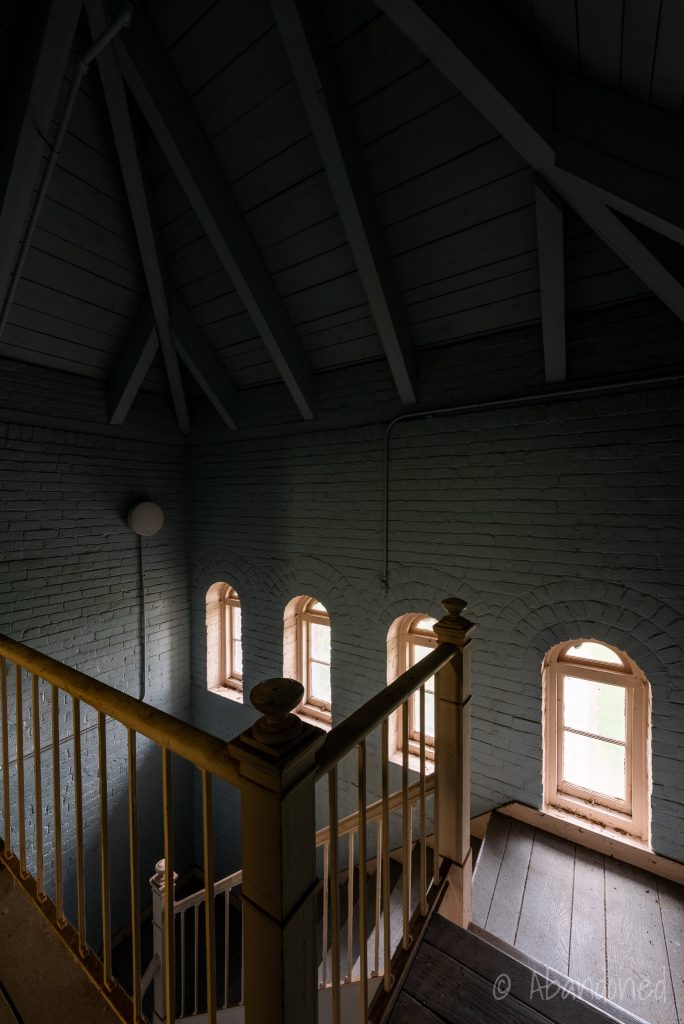 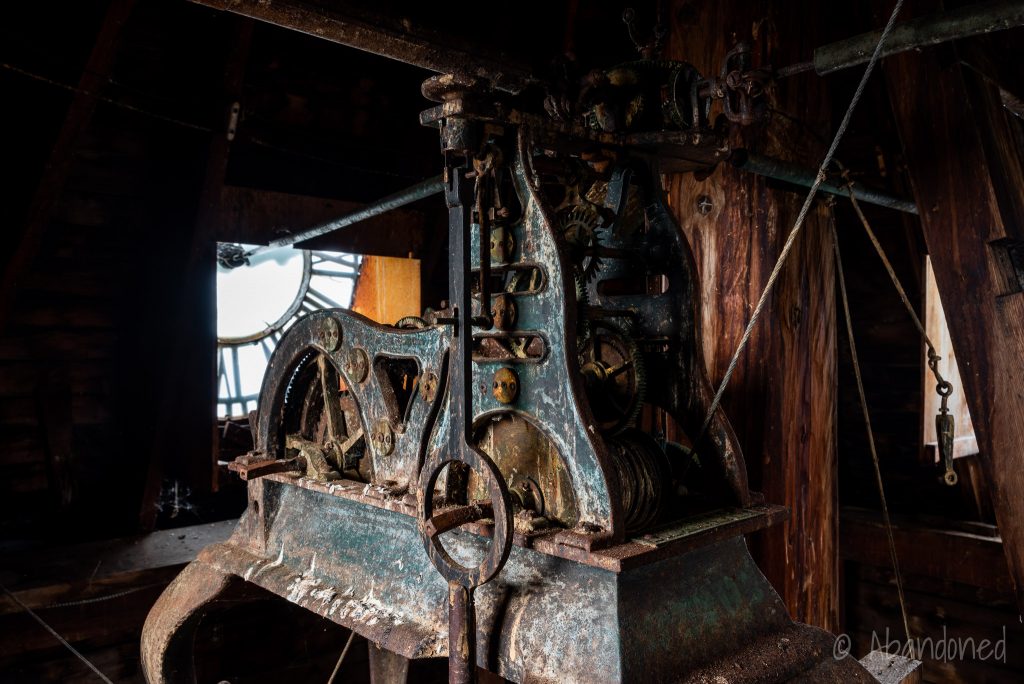 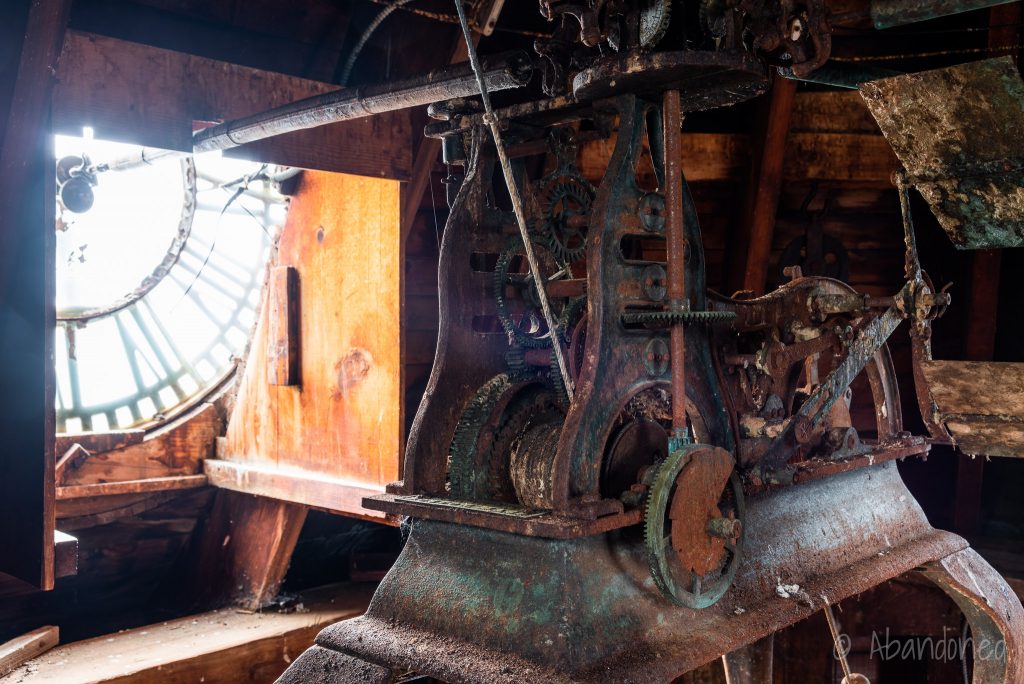 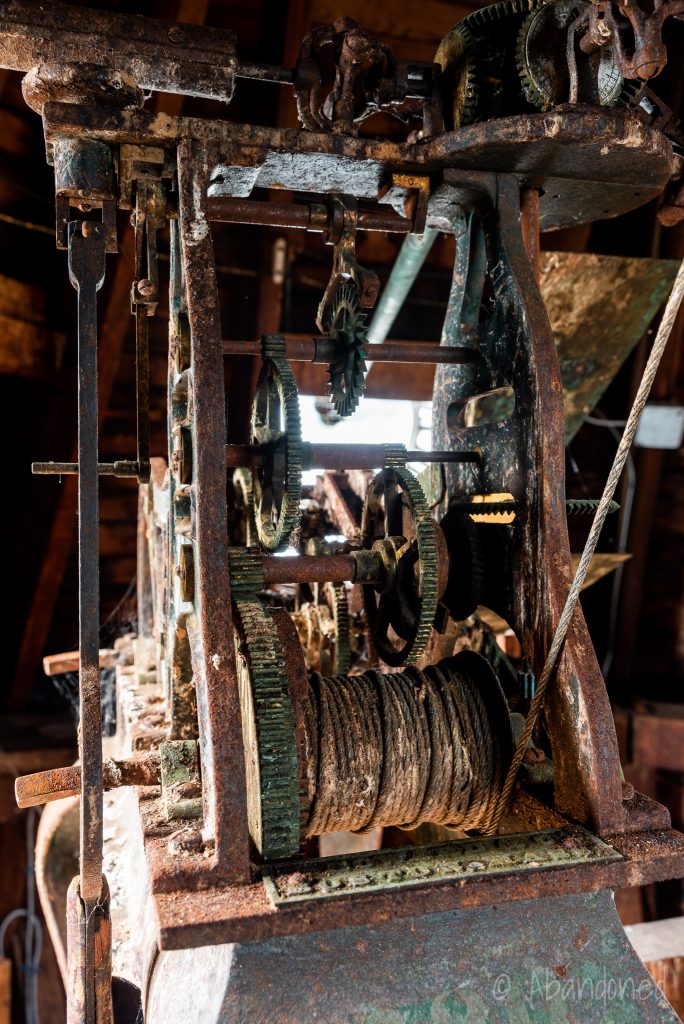 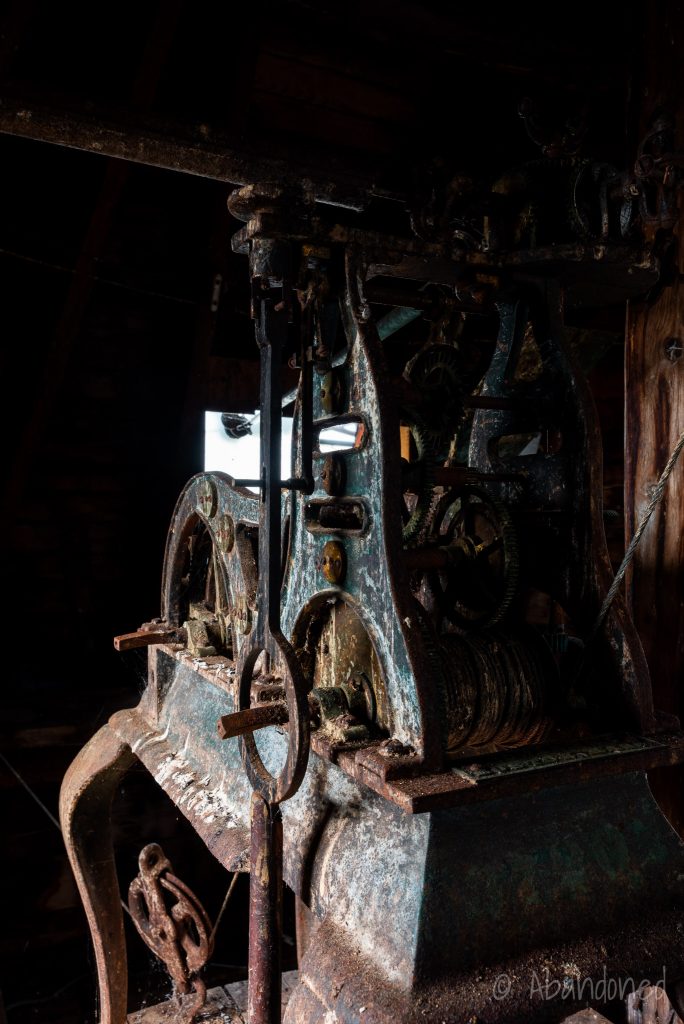 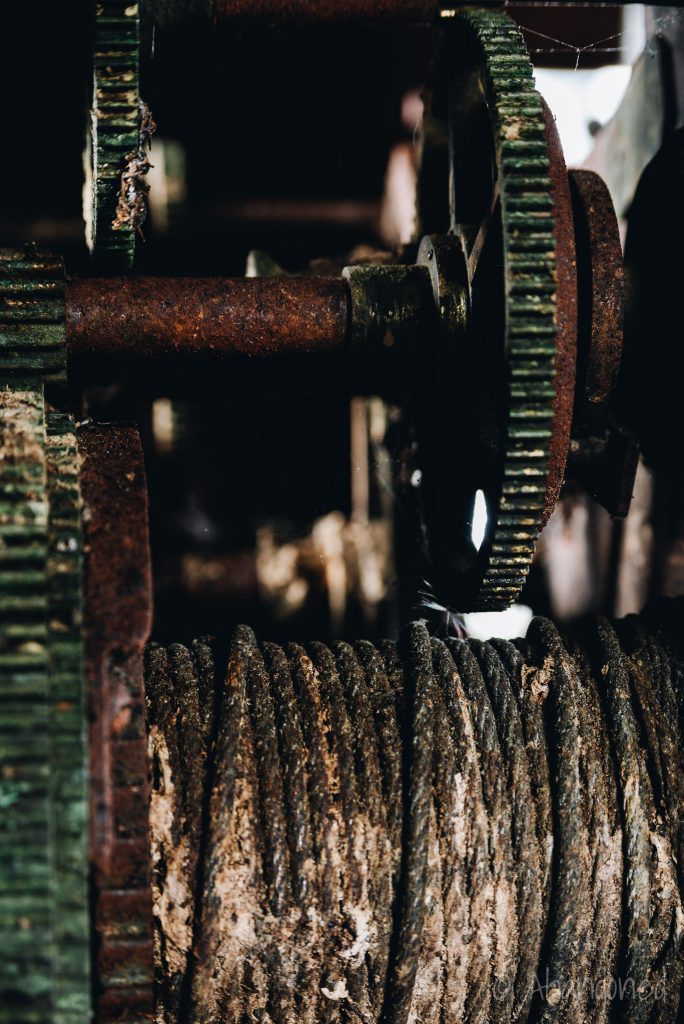 The Women’s Asylum Building was designed by Boston architect John A. Fox in the Romanesque Revival style and was constructed in 1903. 6 It was designed to house 100 women. The only major modification to the building came in 1991 when a new one-story wing (Building 5) was constructed at the northwest corner. 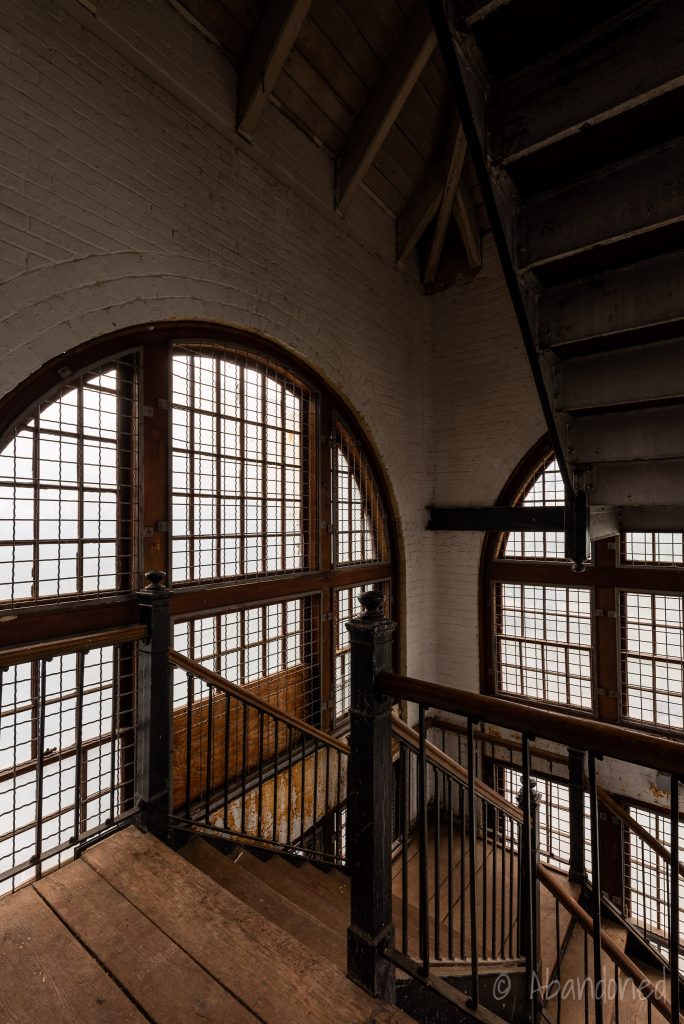 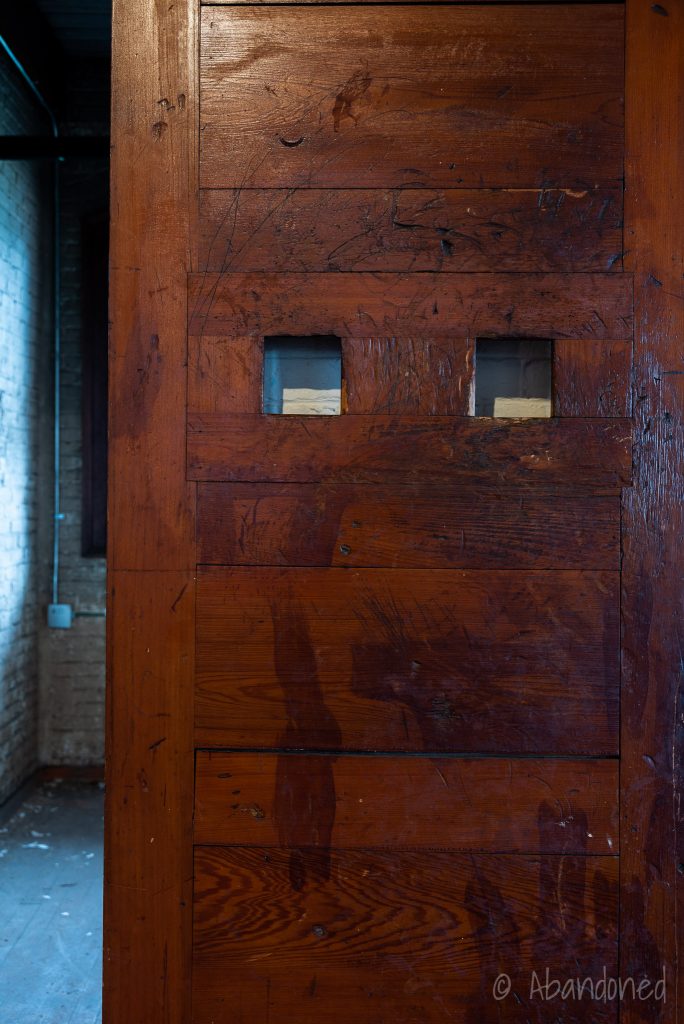 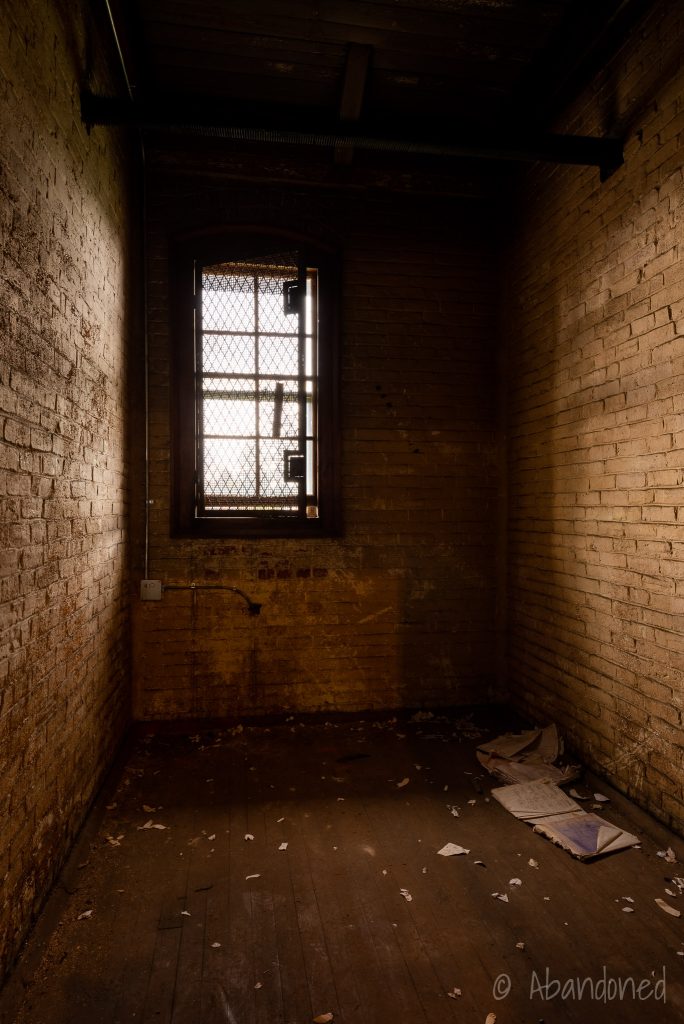 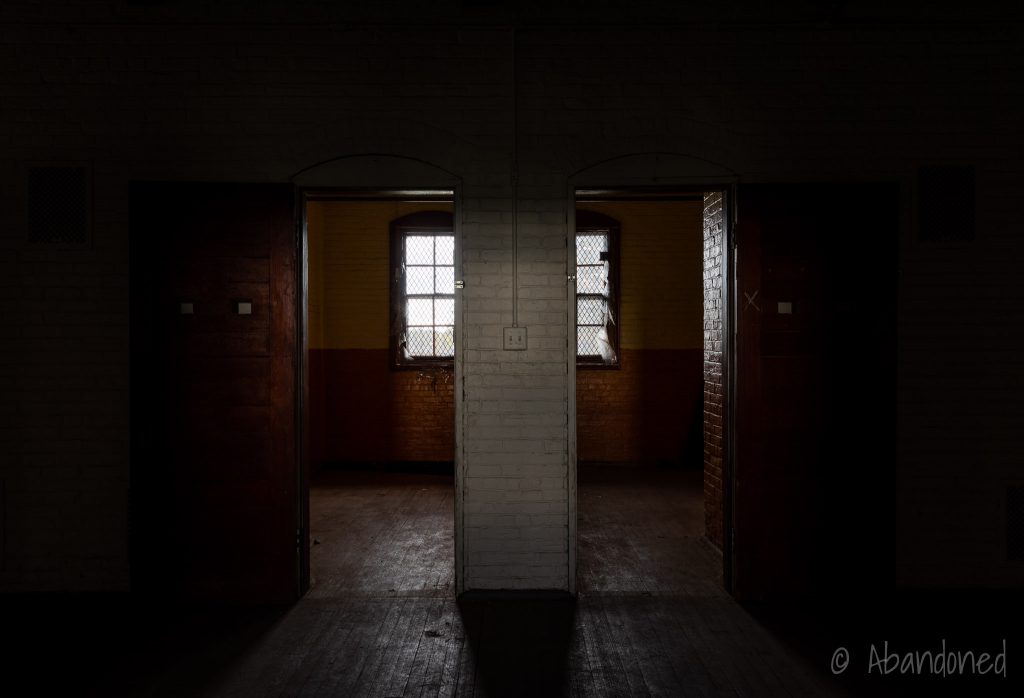 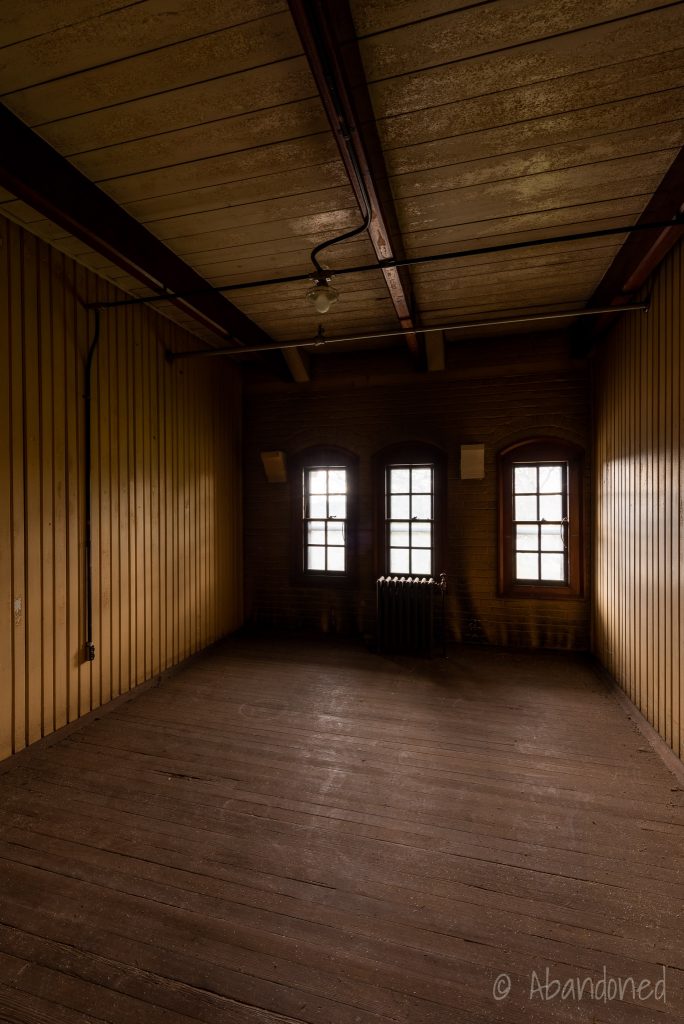 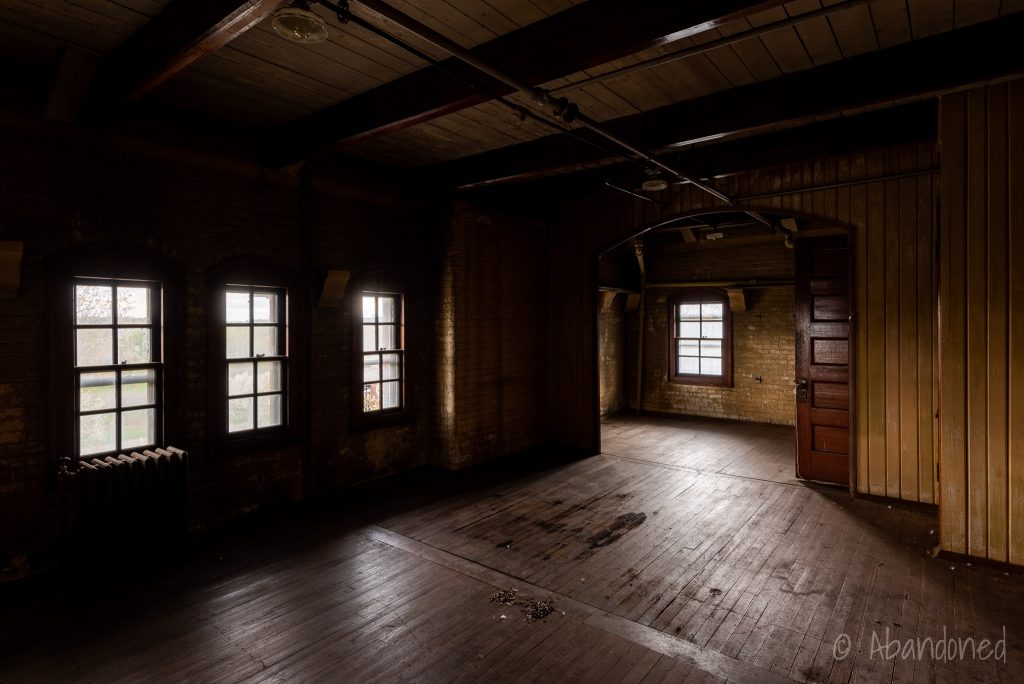 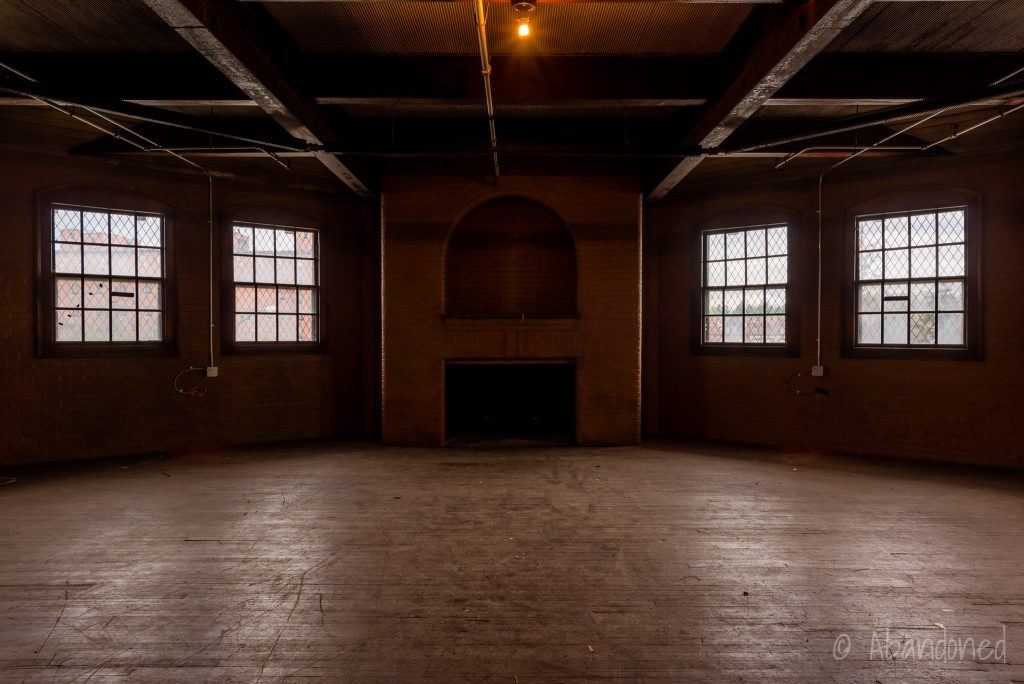 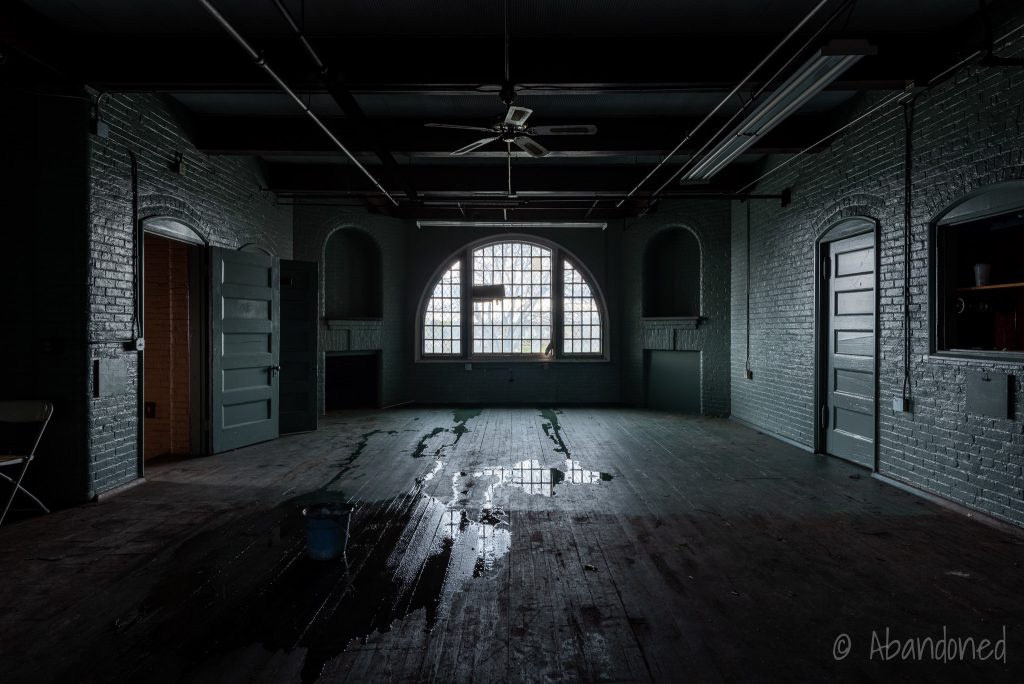 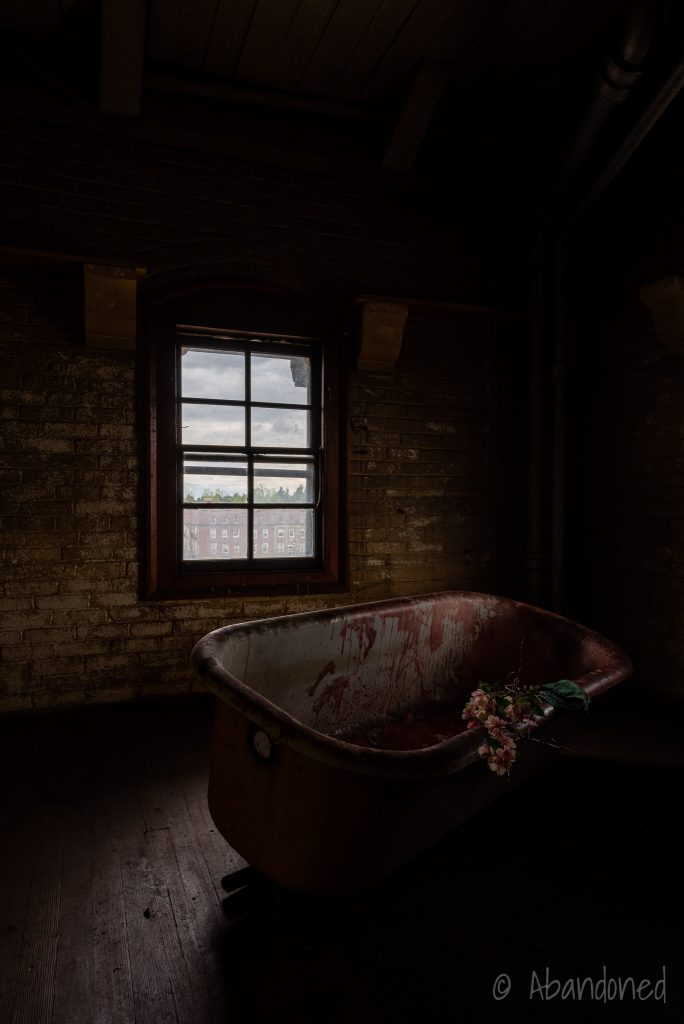 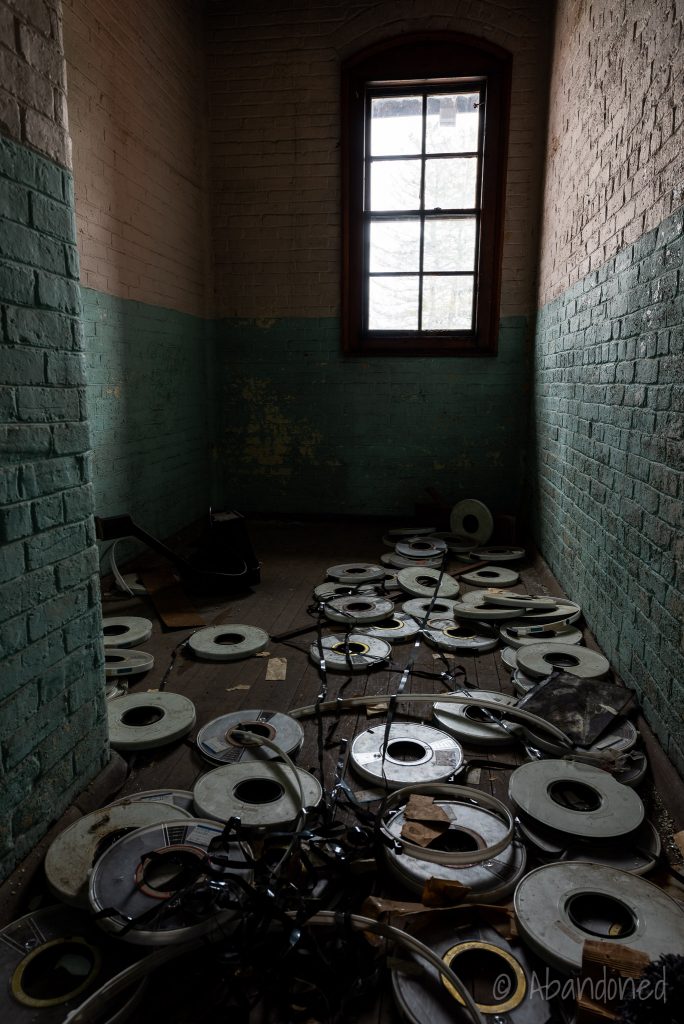 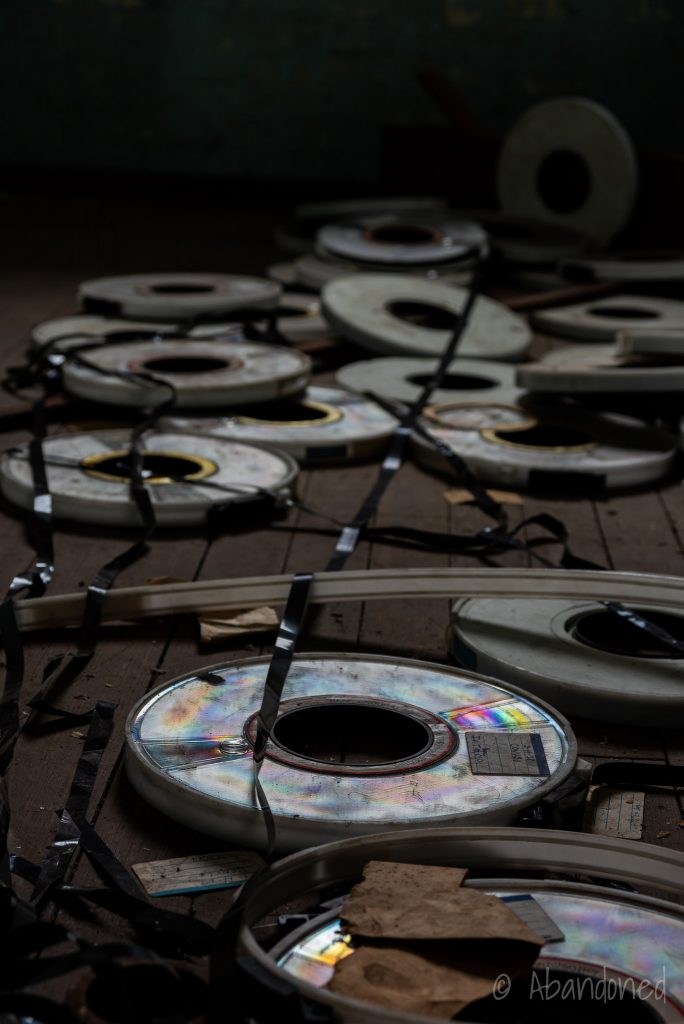 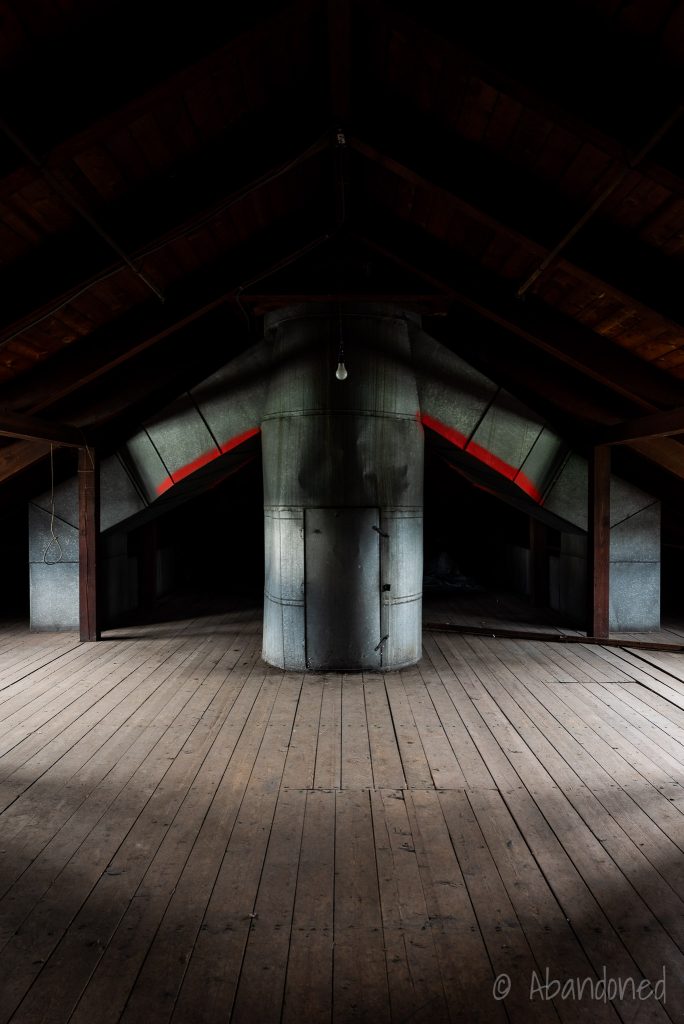 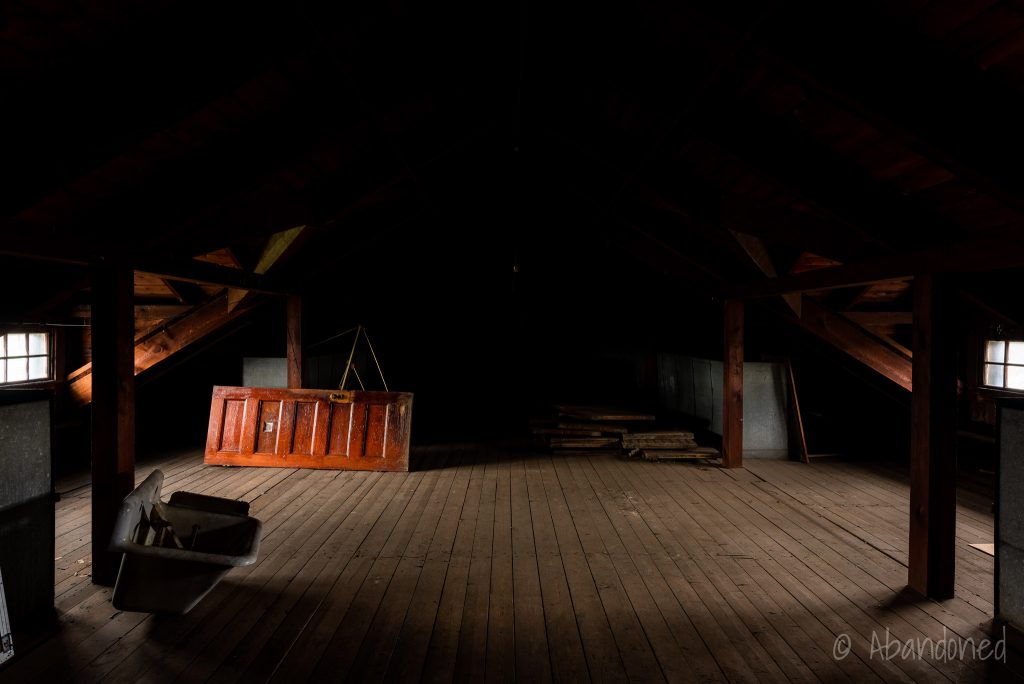 There is a lot of commonality between Youngstown, Ohio and the Ohio River valley that I grew up within near Ironton. Both are areas that have experienced major employment losses, either due to a decli…
END_OF_DOCUMENT_TOKEN_TO_BE_REPLACED
Category ExplorationsPosted on July 14, 2015November 11, 2019