The United Theological Seminary is an abandoned seminary in Trotwood, Ohio.

The General Conference of the Church of the United Brethren in Christ voted to create and fund a seminary in Dayton in 1869. 1 The motion, suggested by Milton Wright, who later joined the school as its chairman, named the seminary. The denomination’s publishing house was already located in the city, making it an ideal location for an academy.

The school opened as the Union Biblical Seminary on October 11, 1871, in rented rooms at the Home Street United Brethren in Christ Church, operating with two full-time professors. 1 The seminary was formally incorporated in November 1873.

The seminary began admitting women in 1873 and in 1874, the first male students graduated. 1 It was not until 1883 that the first woman graduated.

The first permanent building for the seminary was a three-story brick building located on five acres of land at First Street and Euclid Avenue. 1 It contained a chapel, library, office, four recitation rooms, and 16 furnished dormitories. Costing $12,000 to build and equip, it was built upon land donated by John Kemp, the first General Agent of the seminary.

For years, Union Biblical Seminary noted in its catalog: “Any party contributing $50,000 to the Institution shall have the naming of the Institution.” 1 In 1906, John and Mary Bonebrake donated to the seminary 3,840 acres of Kansas farmland. The land was appraised at $86,400 in 1908 and was then sold, with the proceeds donated to the school. In honor, the seminary was renamed Bonebrake Seminary on January 20, 1909.

Due to growing enrollment, the Bonebrake Seminary began to acquire 274 acres of land about 1½ miles from their existing one-building campus. 1 Thirty-five of those acres were reserved for use by the seminary while the remainder was sold off to real estate investors for a planned residential neighborhood that later became the Dayton View Triangle.

A new master plan for the campus was designed by the prestigious Olmsted Brothers architectural firm of Boston. 1 The buildings were to be designed in the Gothic Revival style centered around a park-like campus. Bonebrake was able to afford the infamous Olmsted Brothers due to a sizable contribution from John Henry Patterson, the founder of the National Cash Register Company.

The ground was broken for the first of three seminary buildings on March 27, 1920, all completed by October 1923. 1 The three buildings that were completed included an administration building that was later named in honor of the Bonebrakes, a dormitory that was later named in honor of Rev. Fout, and a heating plant. Upon completion of its new campus, its old building was sold to the Evangelical School of Theology in the fall of 1929. 1

In 1943, the United States government began a top-secret testing site at Bonebrake for the Dayton Project, which was part of the broader Manhattan Project. At Bonebrake, research was conducted on the creation of an atomic bomb, and polonium was produced that would eventually be used in the nuclear bomb that was dropped on Nagasaki, Japan.

The campus underwent modernization during the middle of the 20th century. A new library was constructed in 1951-52, followed by a new dormitory, later named after Rev. Dr. Walter Roberts in 1957. 1 The Breyfogel Worship Center was added in 1961 and was named for Bishop Sylvanus Breyfogel who served as president of the Evangelical School of Theology from its founding in 1905 until his death in 1934. The new worship center included two seminar rooms, a prayer chapel, sanctuary, offices, and a classroom.

The seminary began offering a Doctor of Ministry degree in 1971. 1 A Communications Center, with a television production studio and other multimedia resources for religious programming, was added in 1973. The Harriet L. Miller Women’s Center was created in 1977 to support theologians and clergy who wished to support feminist theology, womanist theology, and mujerista theology. A Doctor of Missiology degree was added in 1992.

In 2003, the seminary formed the Institute for Applied Theology, offering courses to clergy, lay leaders, and community members. 1

Planning to move the seminary to a new location began in August 2004 and on February 18, 2005, the academy acquired the property for a new suburban campus in Trotwood. 1 The property, formerly owned by the Jewish Federation of Dayton, consisted of an 80-acre campus with a 78,000 square-foot building.

A three-day celebration was kicked off on October 10, celebrating the move to its new campus. 2 The ceremony included removing symbolic items.

The existing campus in Dayton was sold to Omega Baptist Church for $1.35 million 3 4 on June 3. 1 Omega planned to reuse the property to build a worship center and an educational facility to continue the church’s outreach to the community.

The Dayton city commission approved Omega’s plans to transform the site into a new location for its church and public park in October 2012. 4 The long-range plan was expected to take up to 15 years to complete with the first phase, a worship center, costing $5.5 million. It would include the demolition of three buildings at the seminary: the library, Bonebrake Hall, and Fout Hall, and the construction of a 32,555 square-foot multi-purpose center to provide recreation and daycare. The library and Bonebrake Hall were demolished 6 in 2014. 7

There were concerns from community members that the project was too costly as the church was still paying off debt from its acquisition of the former United Theological Seminary site. 4

By October 2014, the former seminary worship center was listed for sale. 5 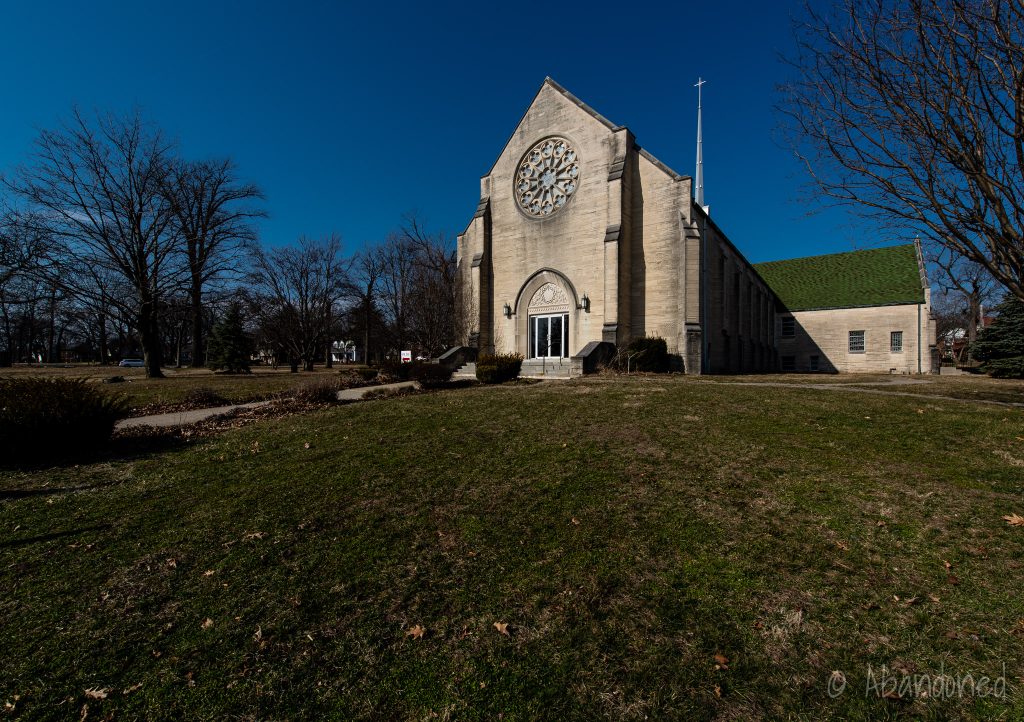 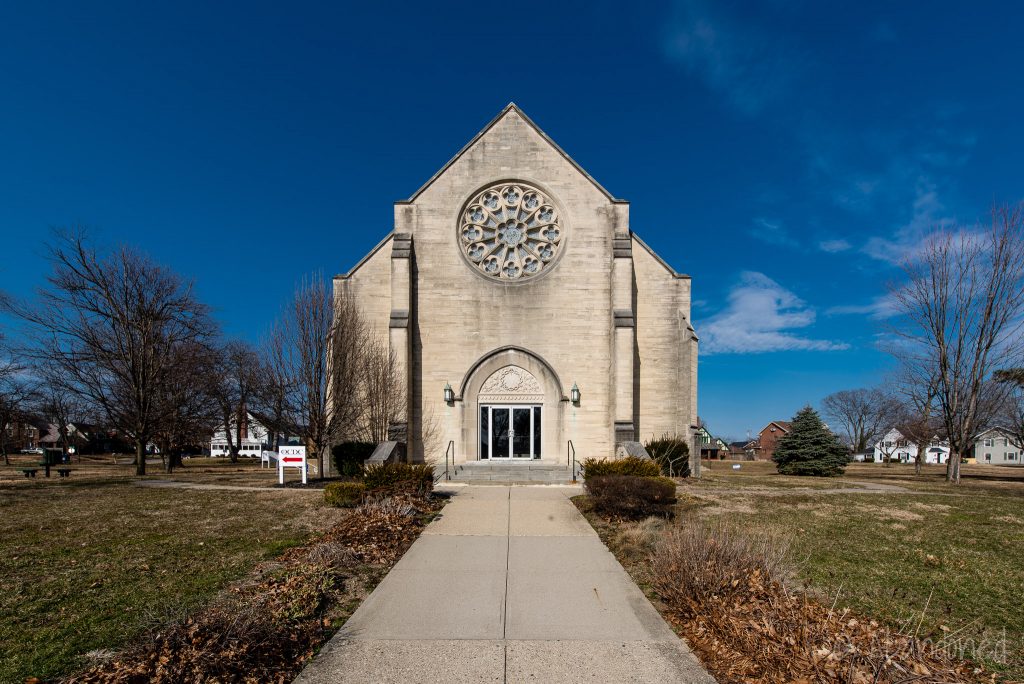 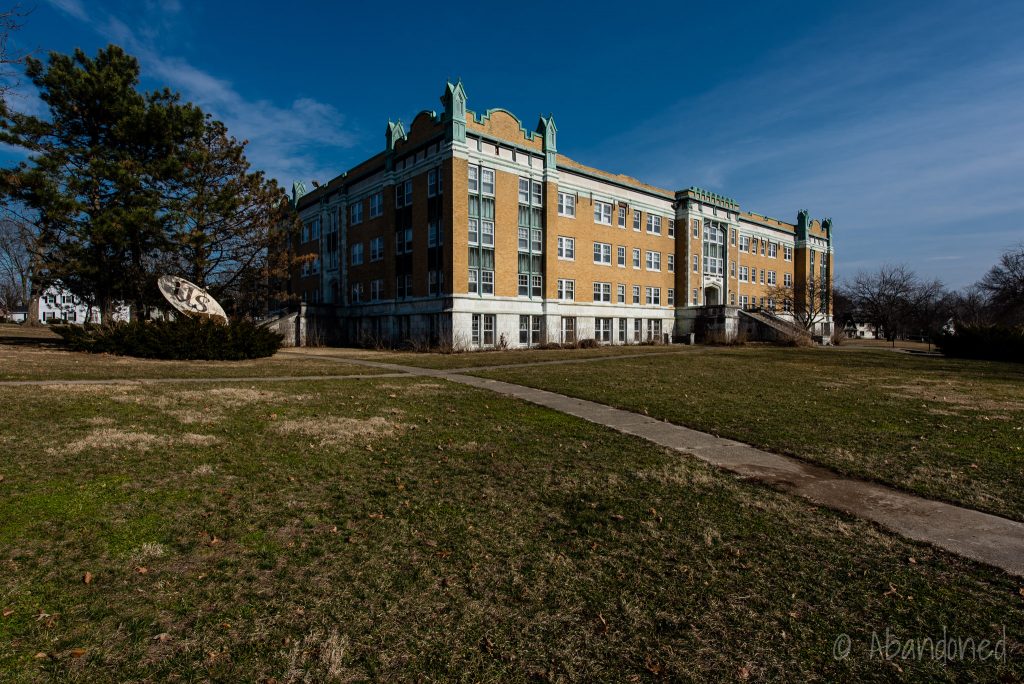 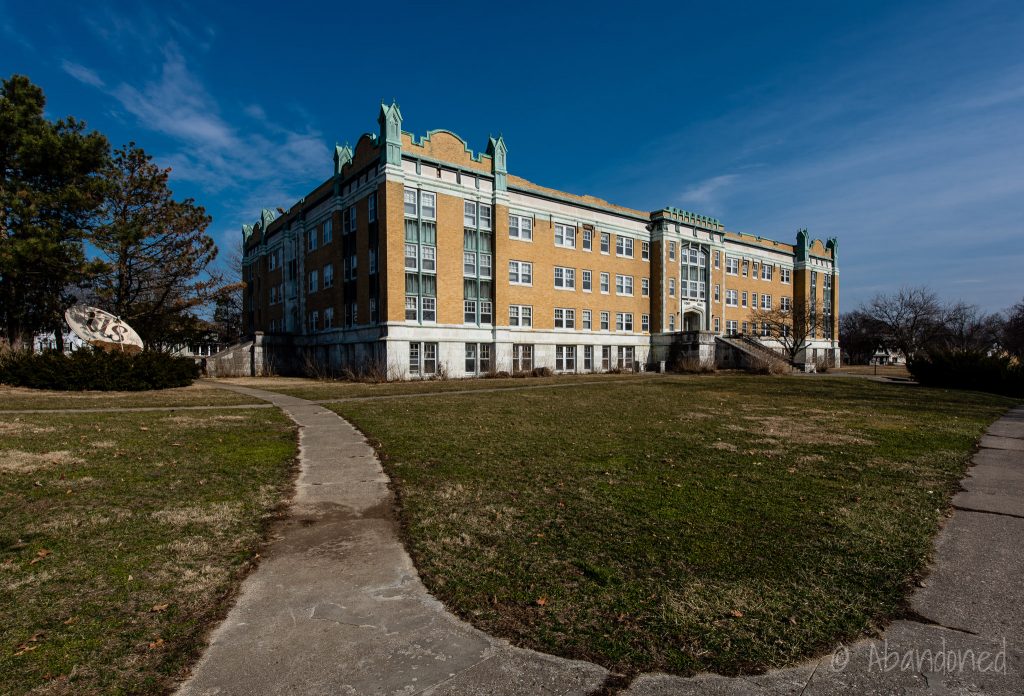 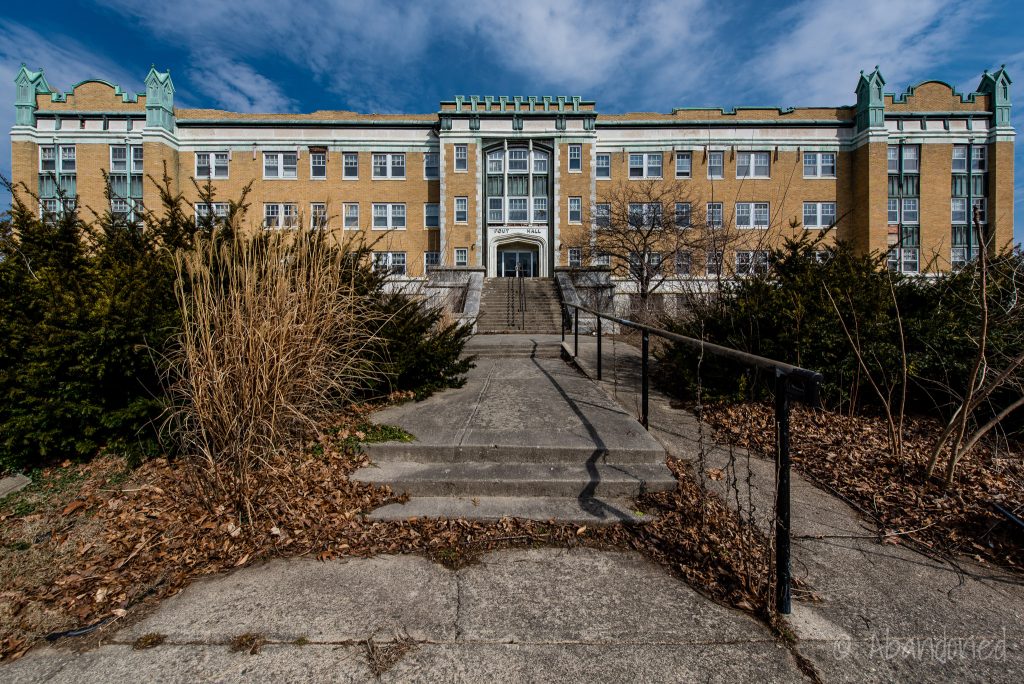 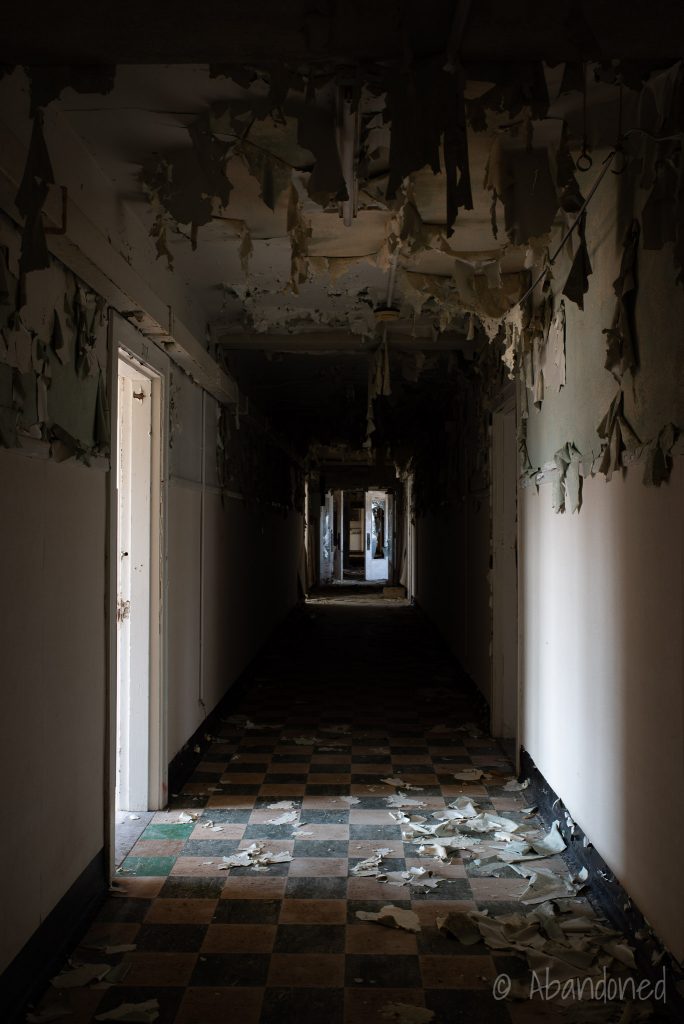 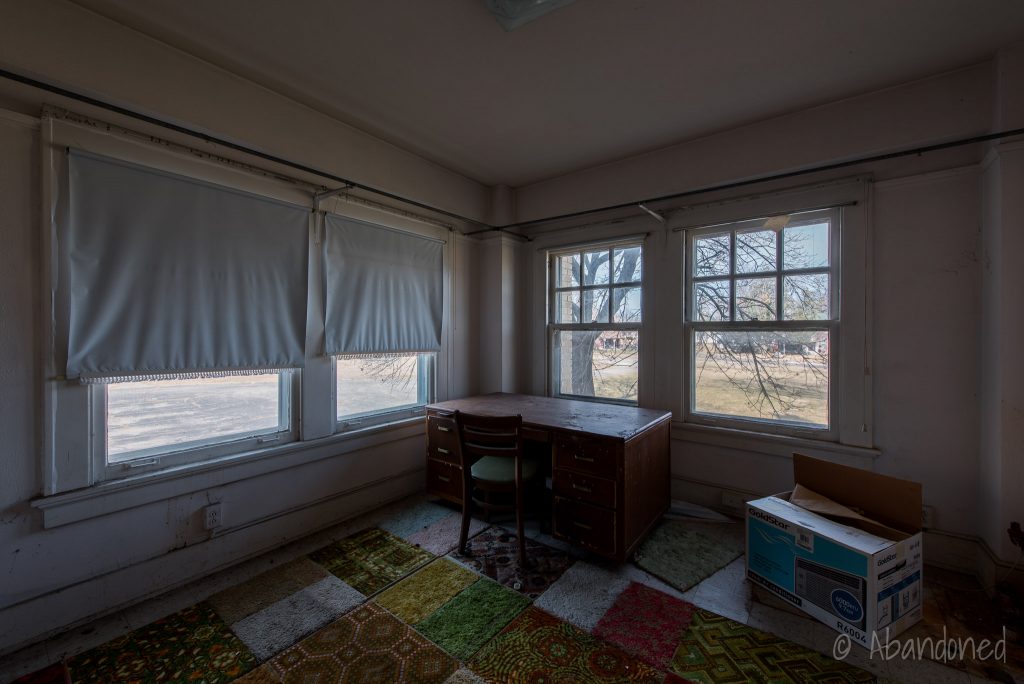 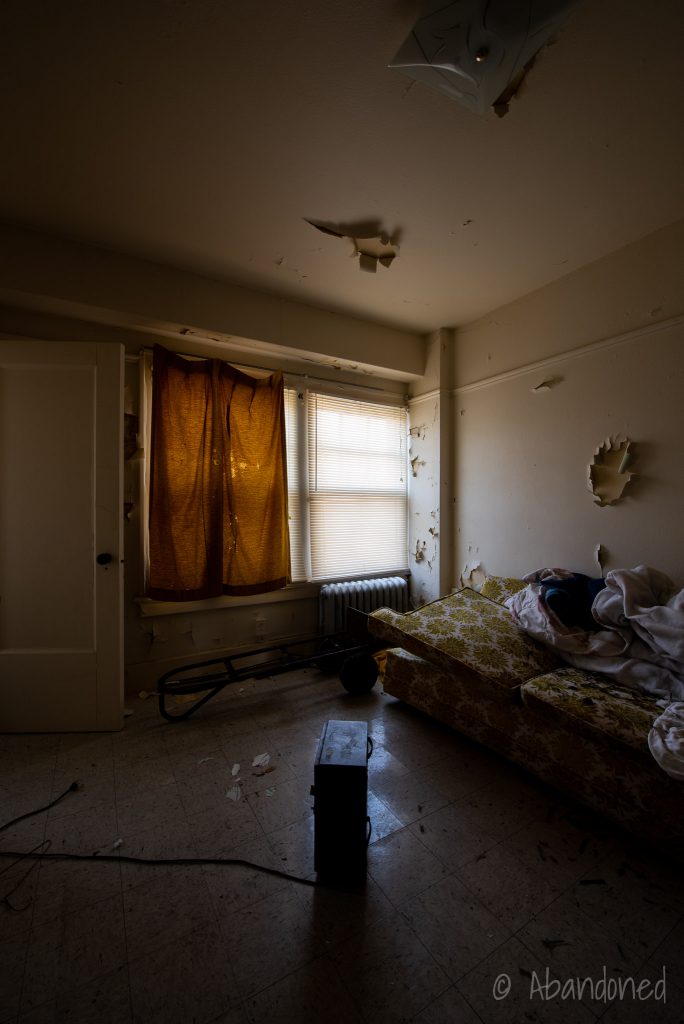 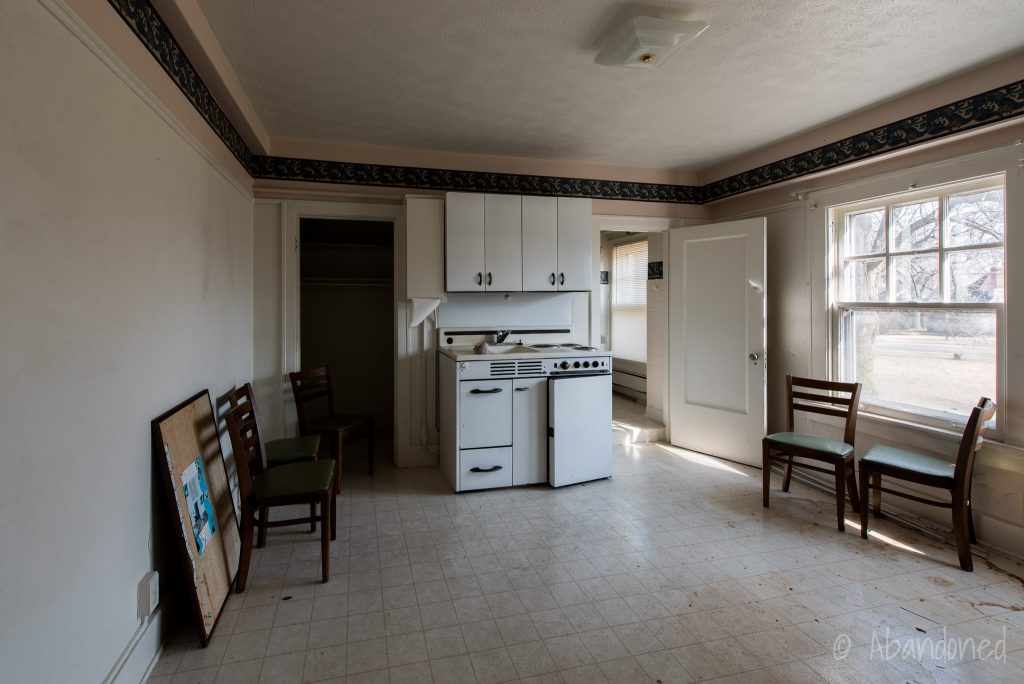 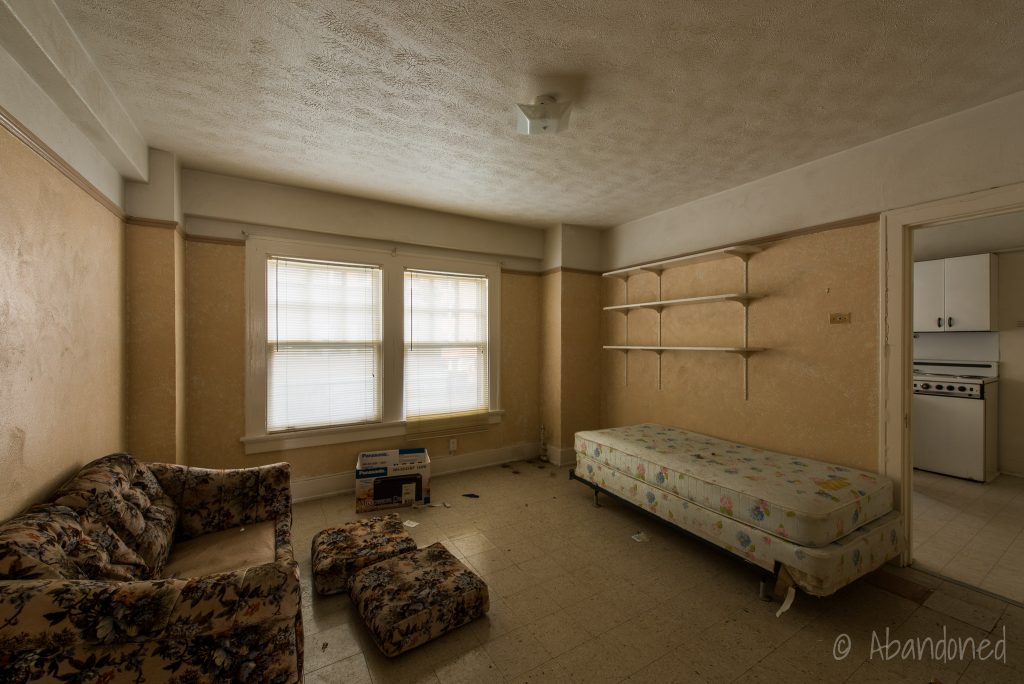 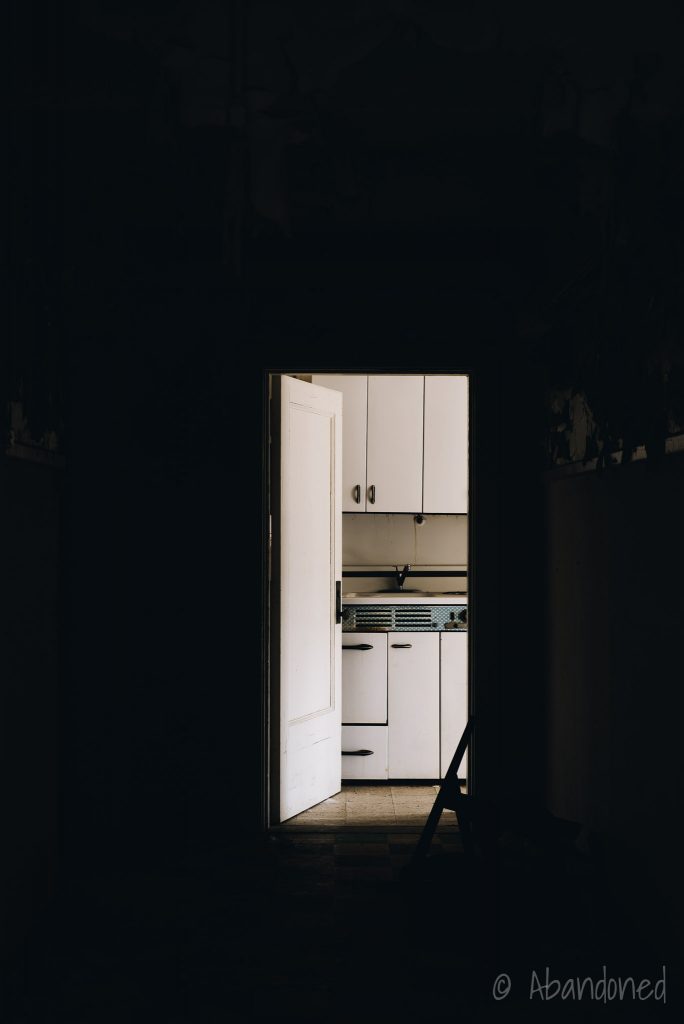