This is a gallery of abandoned or closed theaters and drive-ins in the United States.

This is a gallery of abandoned or closed theaters and drive-ins in the United States. Additional theaters can be located under the Theater location filter.

Booneville Theater is located on Mulberry Street in Booneville, Kentucky. 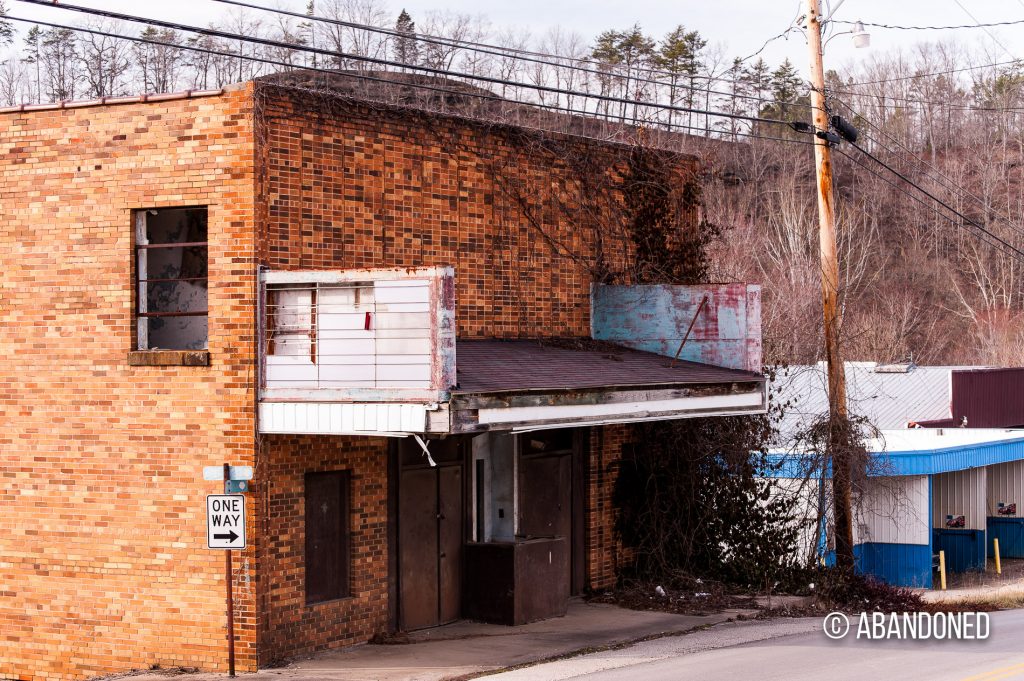 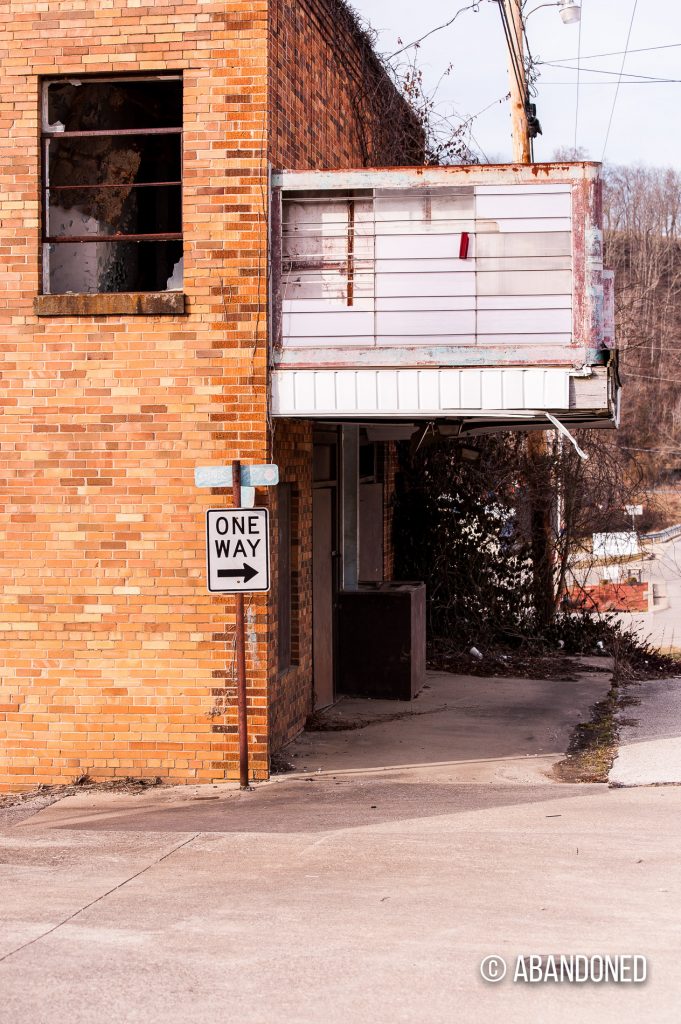 The Lyric Theater, with Art Deco and Spanish Colonial Revival architectural styling, opened in 1948 as a cultural hub of the Black community at the corner of Third and Deweese Streets in Lexington, Kentucky. 16 17 During the 1950s, the Lyric hosted performances by Ray Charles, B.B. King, Billy Brown, and other notable jazz and R&B performers. 18 It also hosted movies, local concerts, pageants, and vaudeville acts.

The Lyric closed in 1963 because of dwindling patronage, largely a result of desegregation. 16 The building was abandoned for nearly 50 years.

In 1996, the city of Lexington faced a lawsuit from the state of Kentucky for failing to build a cultural center in downtown as it had promised. As part of the settlement, the city agreed to renovate the Lyric 19 at the cost of $6 million, 18 and a groundbreaking ceremony was held on July 16, 2009. 20 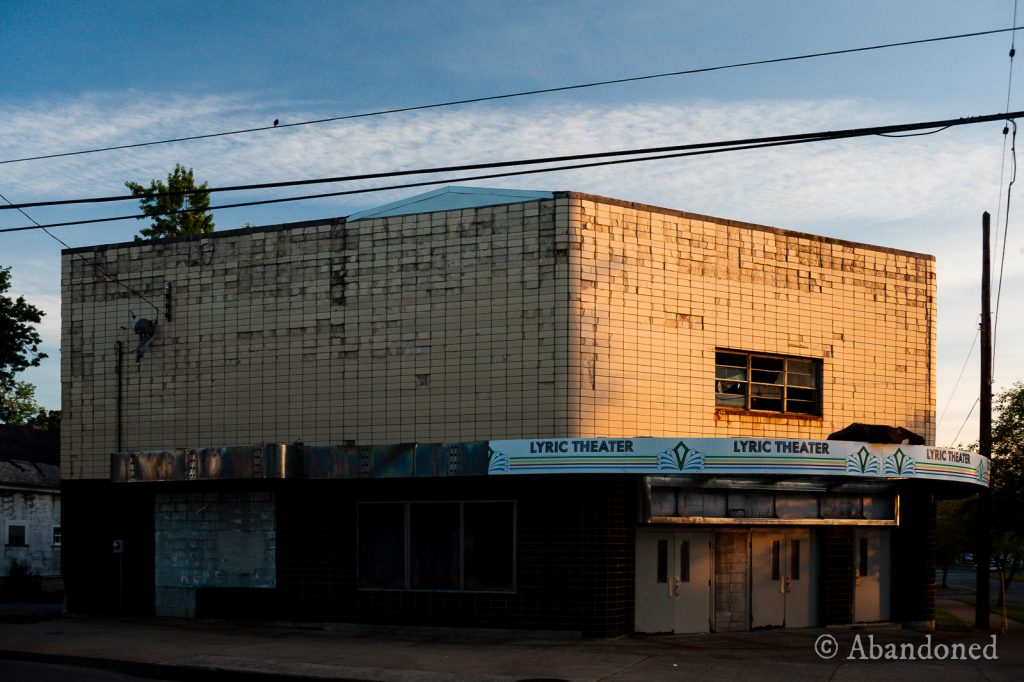 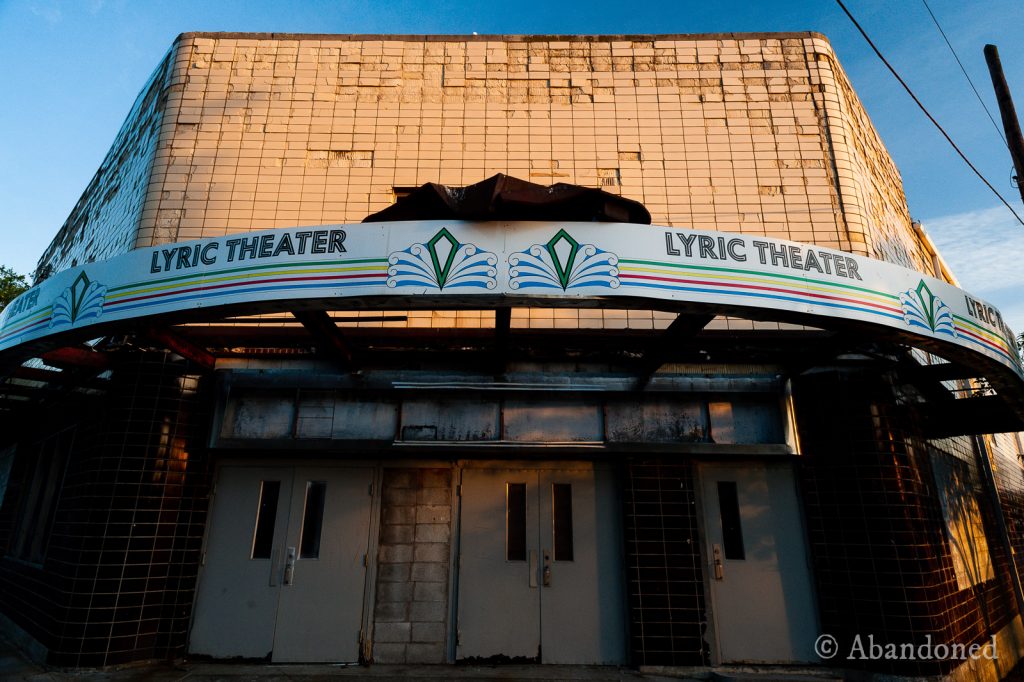 The Virginia Theater is located in Somerset, Kentucky. 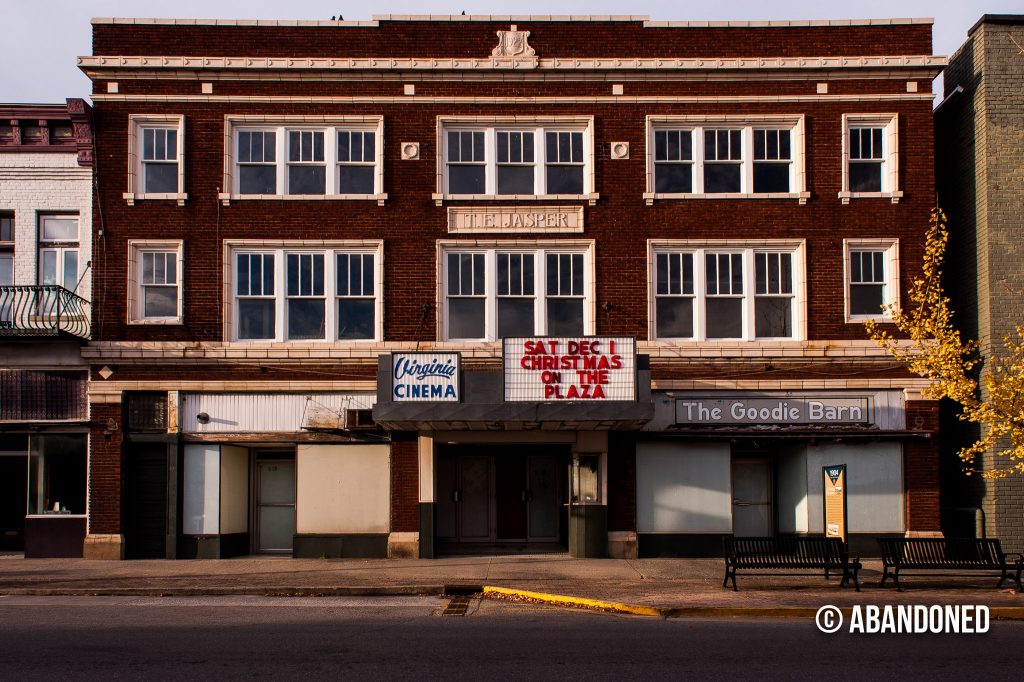 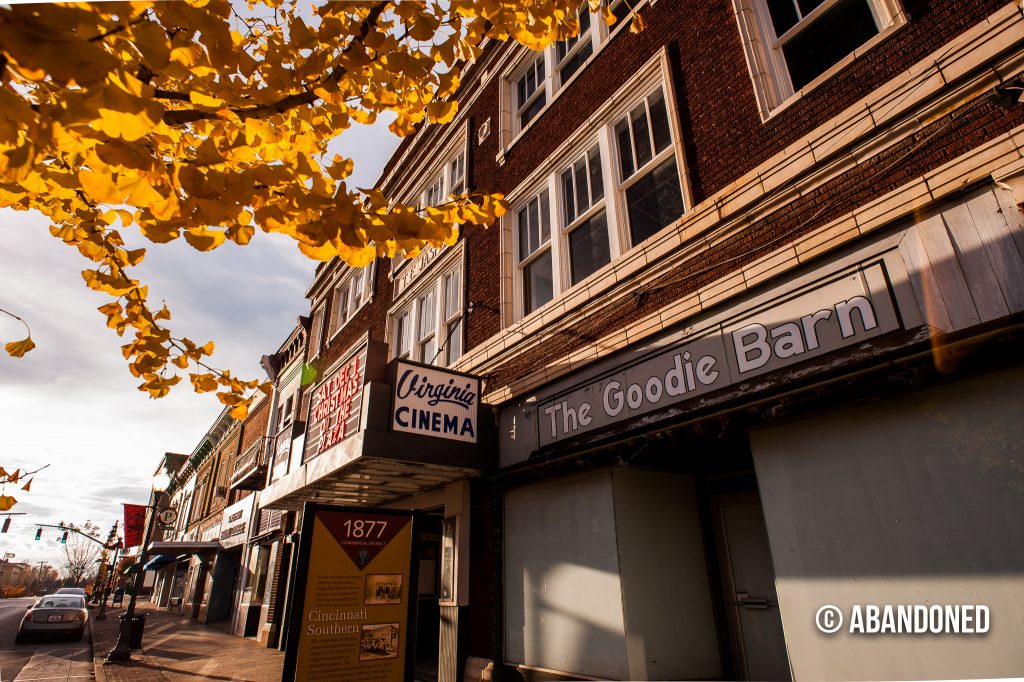 The single-screen Mountain Drive-In Theater, with room for 520 automobiles, opened on the former Vantran Farm 2 by Dr. Luther Grant on June 18, 1949. 1 The theater was later triplexed before closing in 1997. 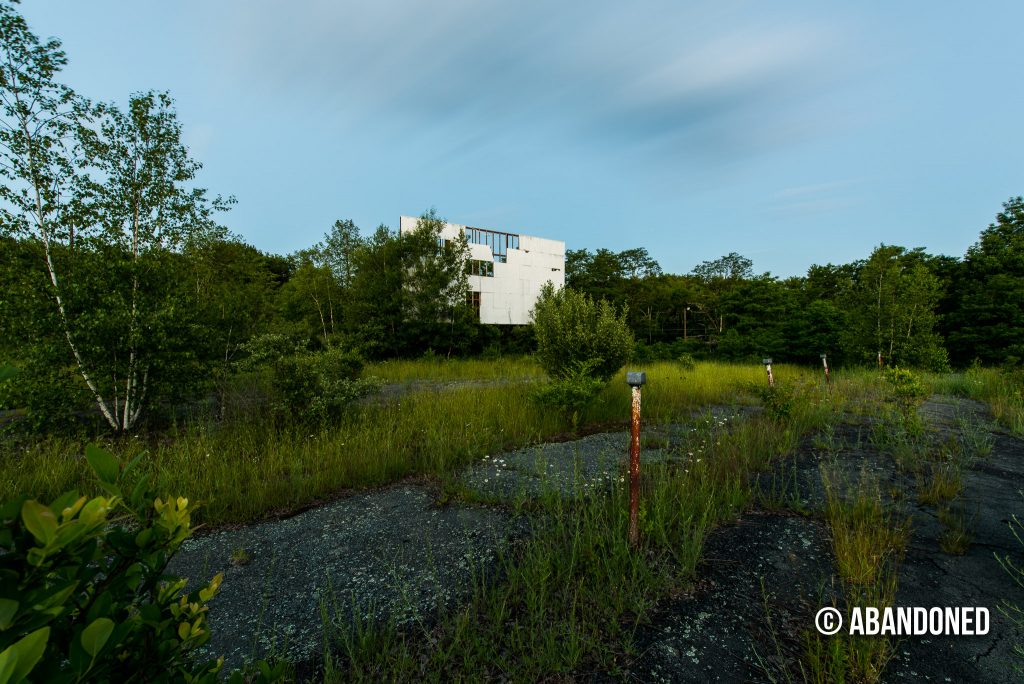 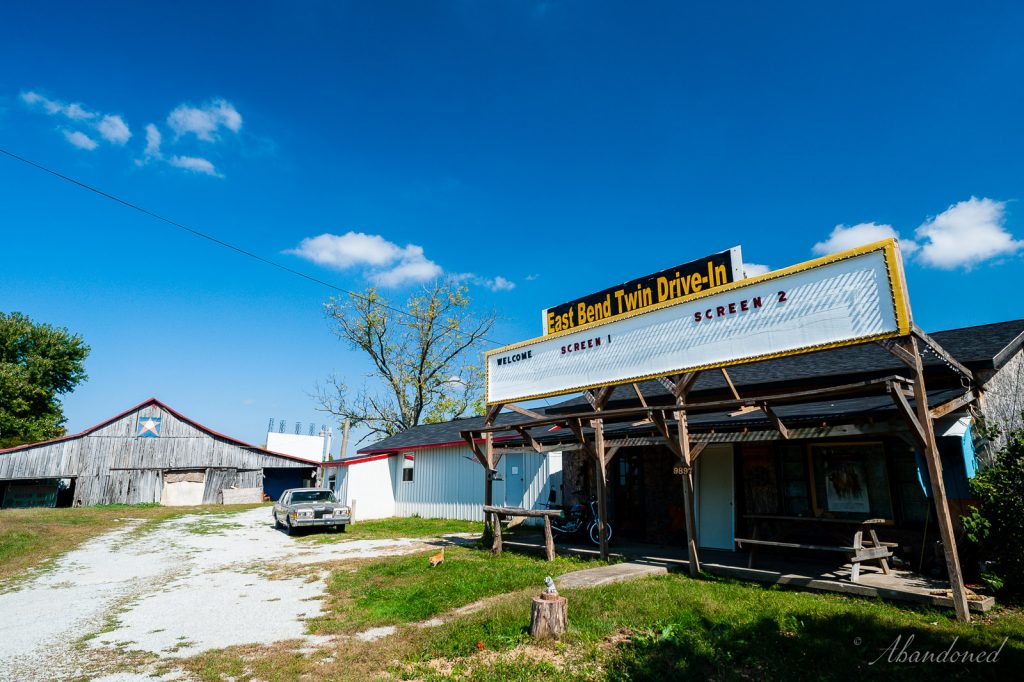 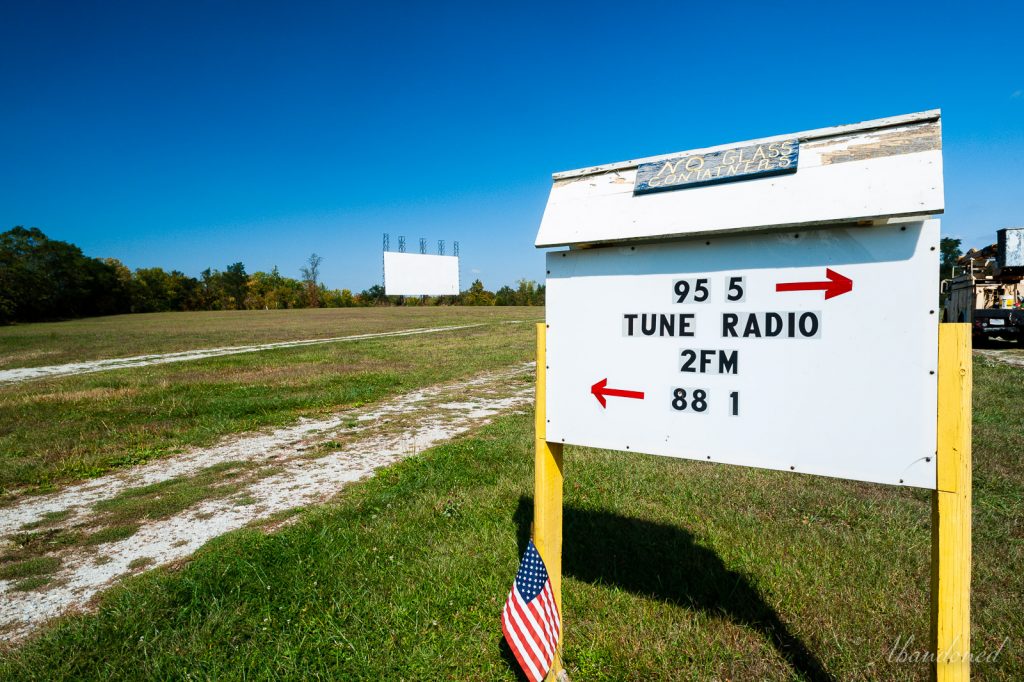 The Foster Theatre opened on Glenwood Avenue in Youngstown, Ohio in 1939. The Art Deco-styled facility had a capacity of 800 patrons. By 1973, the theater had switched to showing adult movies, becoming the Foster Art Theatre. 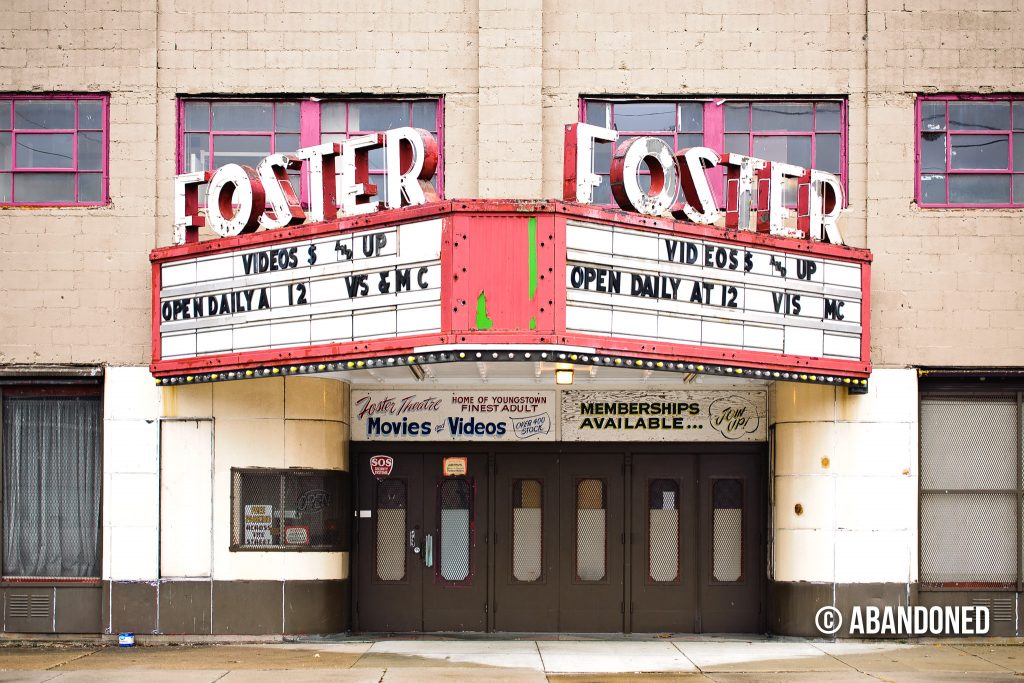 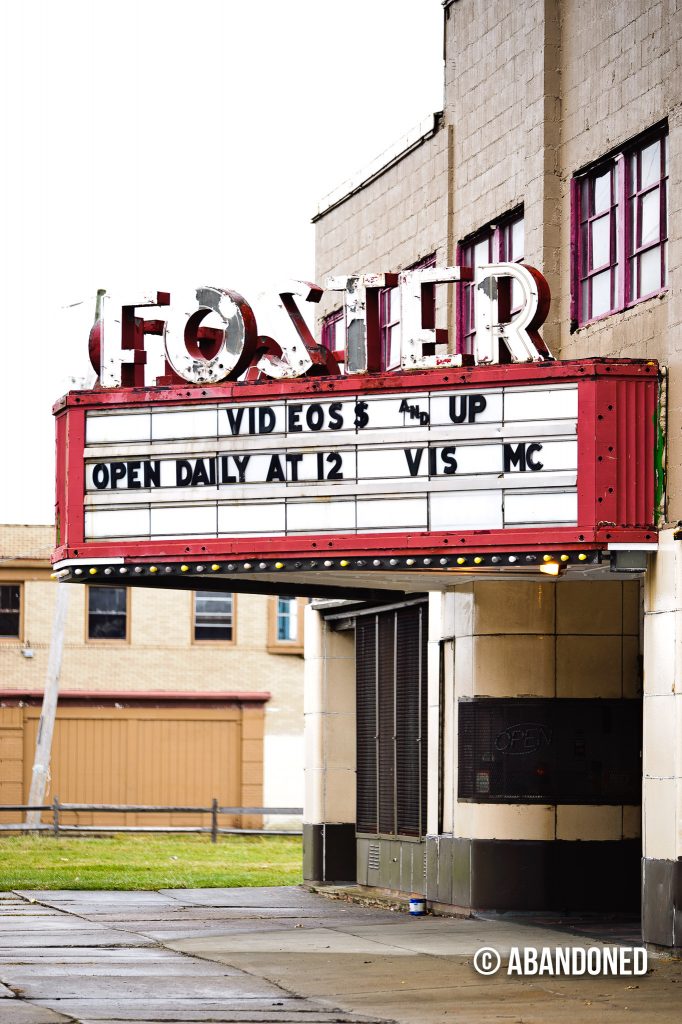 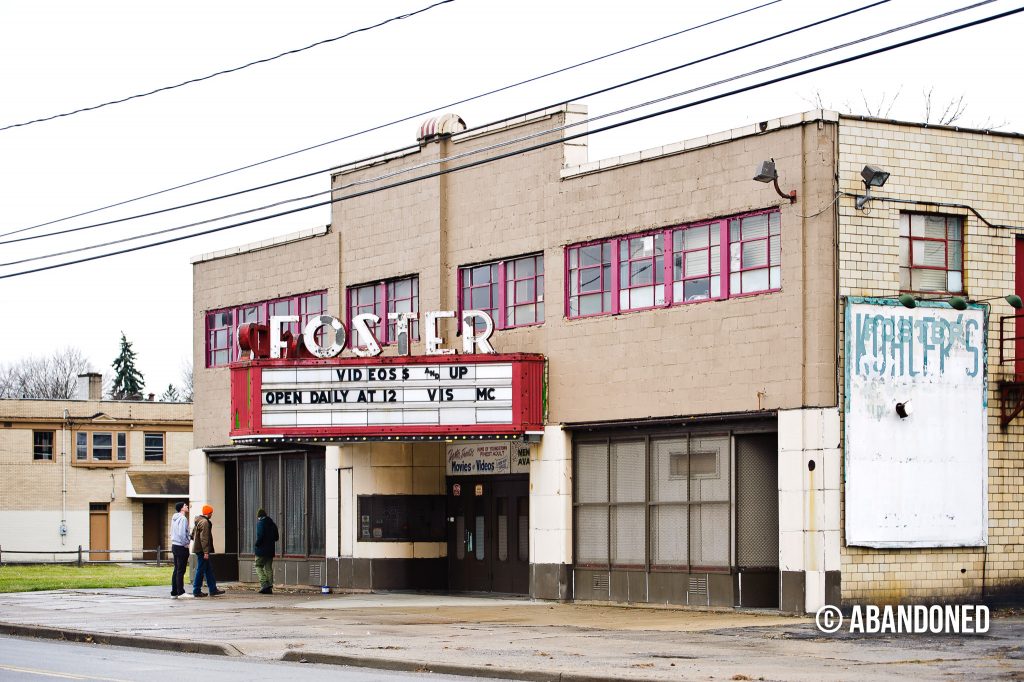 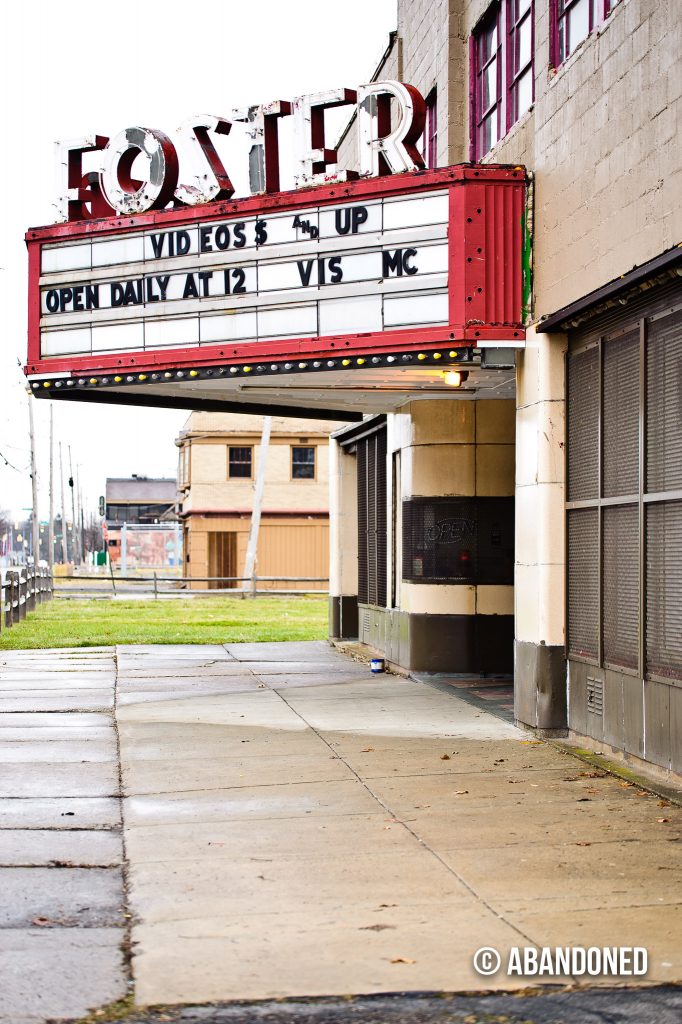 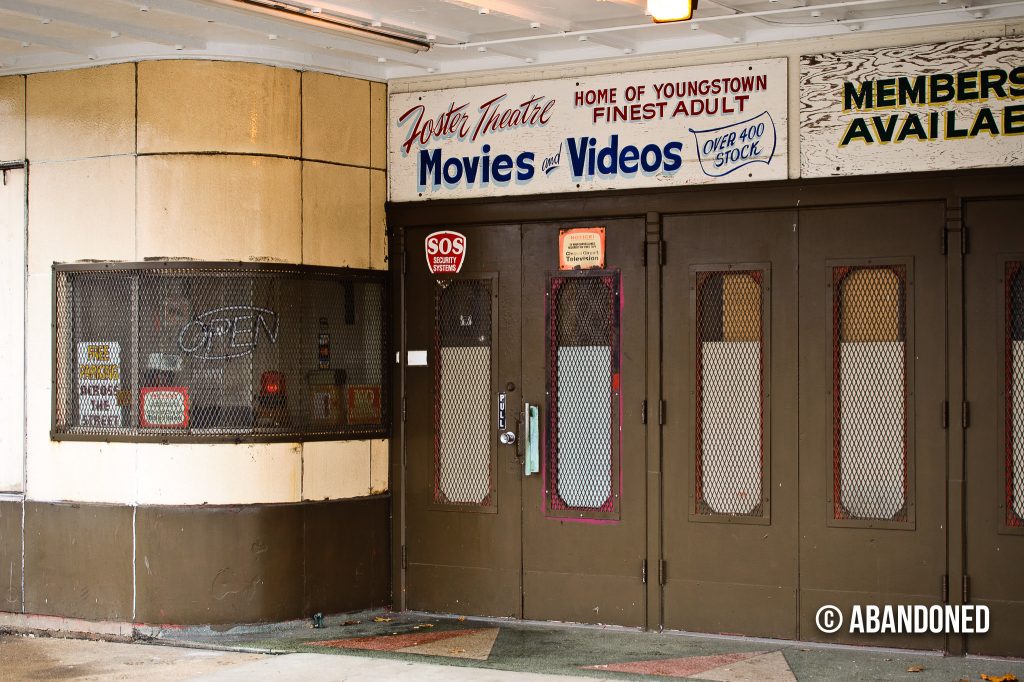 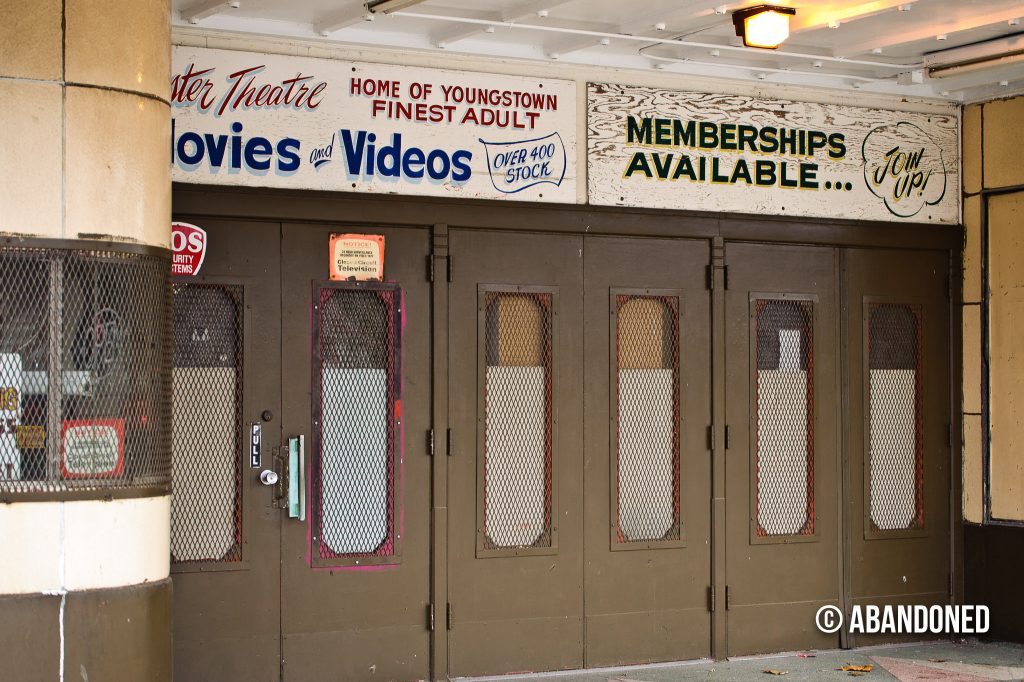 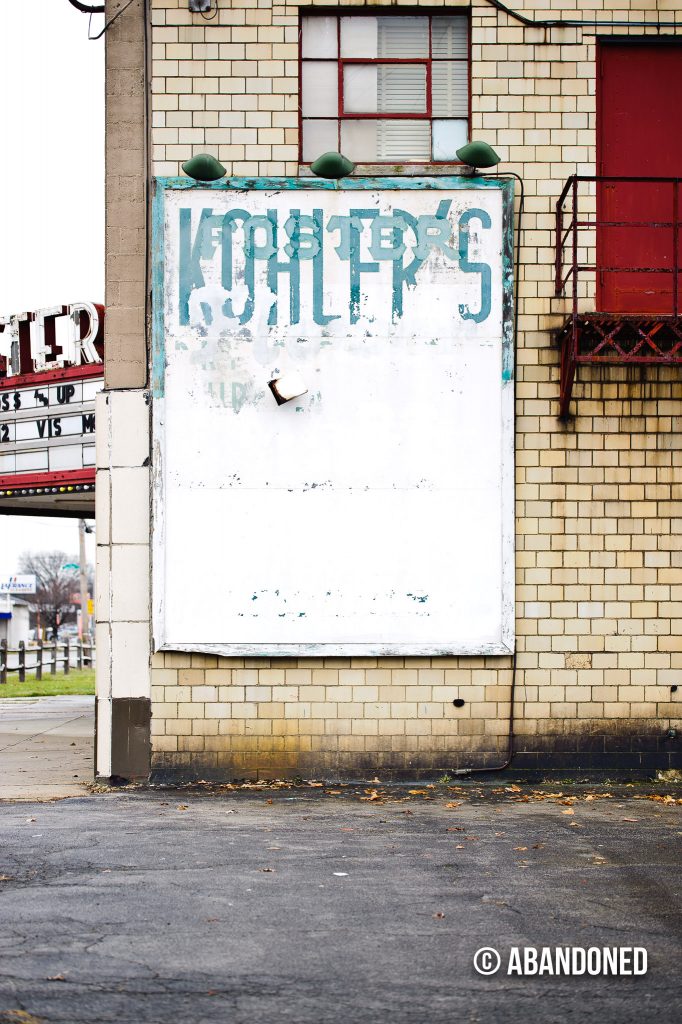 The Ro-Na Theater opened in 1949 in Ironton, Ohio, and was billed as southern Ohio’s “finest theater.” 6 9 Among the most prominent features of the building were the lobby murals that depicted historical scenes from the region. The Ro-Na closed in the 1970s and later became an auto-parts store. 9 11 12

In February 2008, the Hampton family, owners of the Ro-Na building, donated the former theater to the city who had long hoped to restore the building to its original purpose. 5 A structural assessment conducted in June noted that the building was in good condition but required a new roof. 5 6

The city hosted a volunteering effort on July 12 to clean up the debris inside the building. 8 The Tri-State Building and Construction Trades Council, a collection of regional unions, removed additional debris later in the year. 11 The roof was replaced in July 2009 13 and on May 19, 2014, a replica of Ro-Na’s marquee was re-installed and lit on May 23. 15 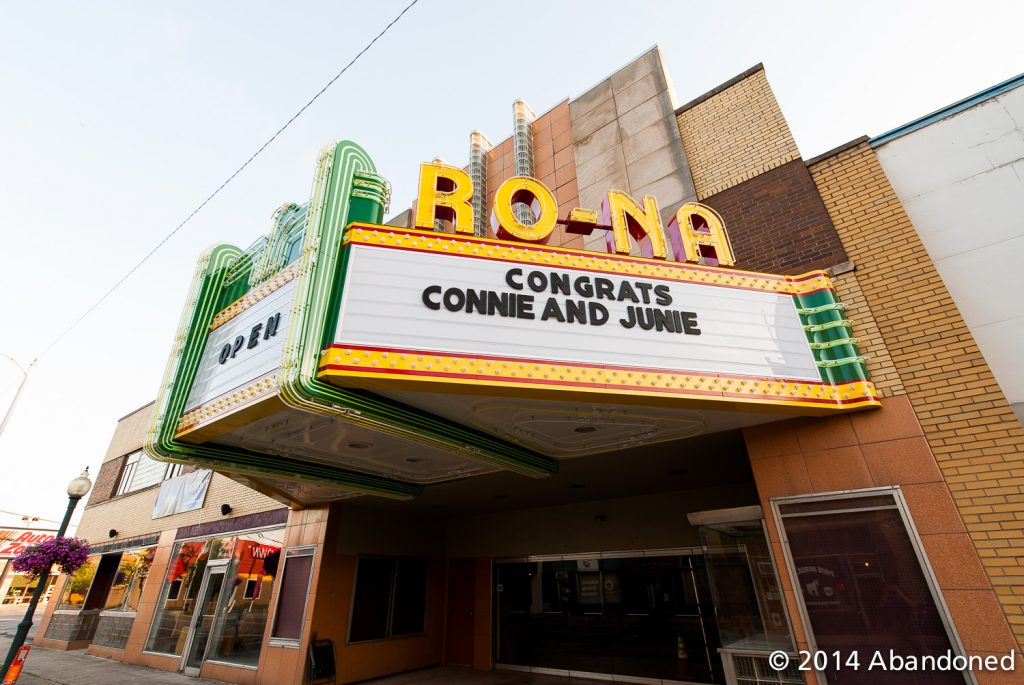 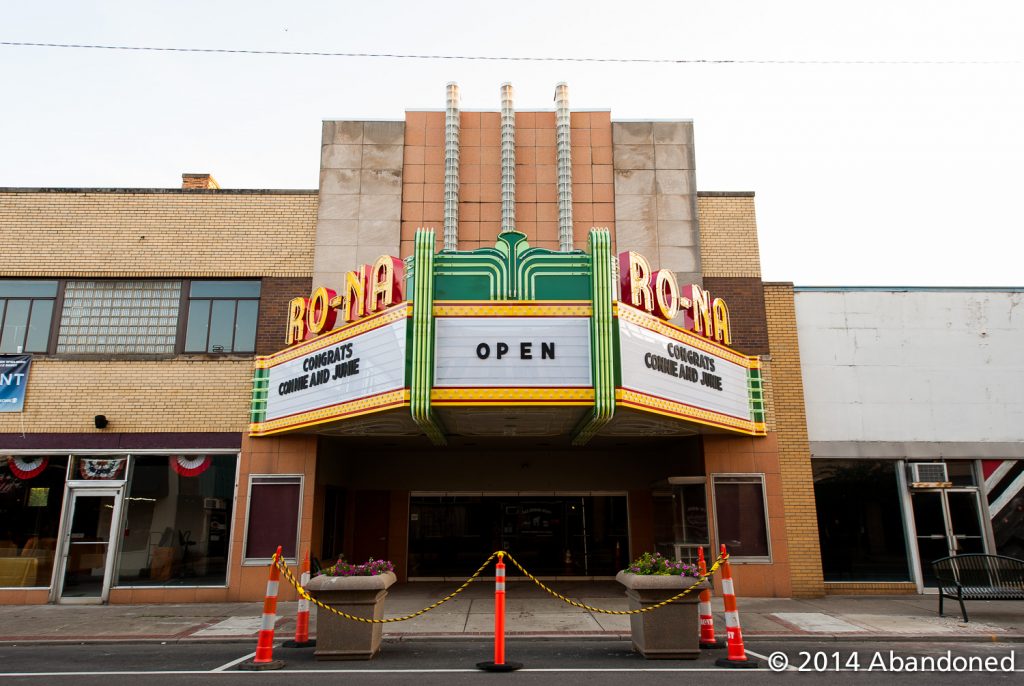 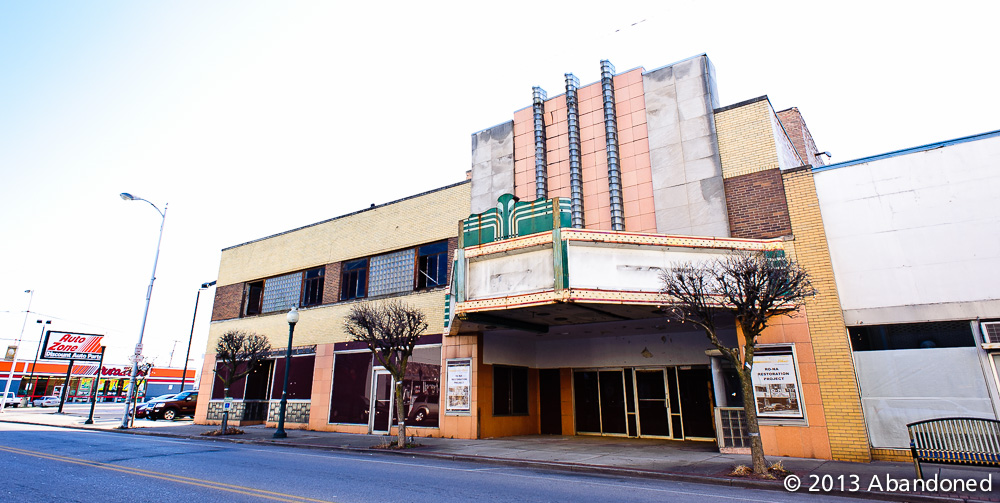 The Stardust Drive-In Theater in Jackson, Ohio closed in 2003. 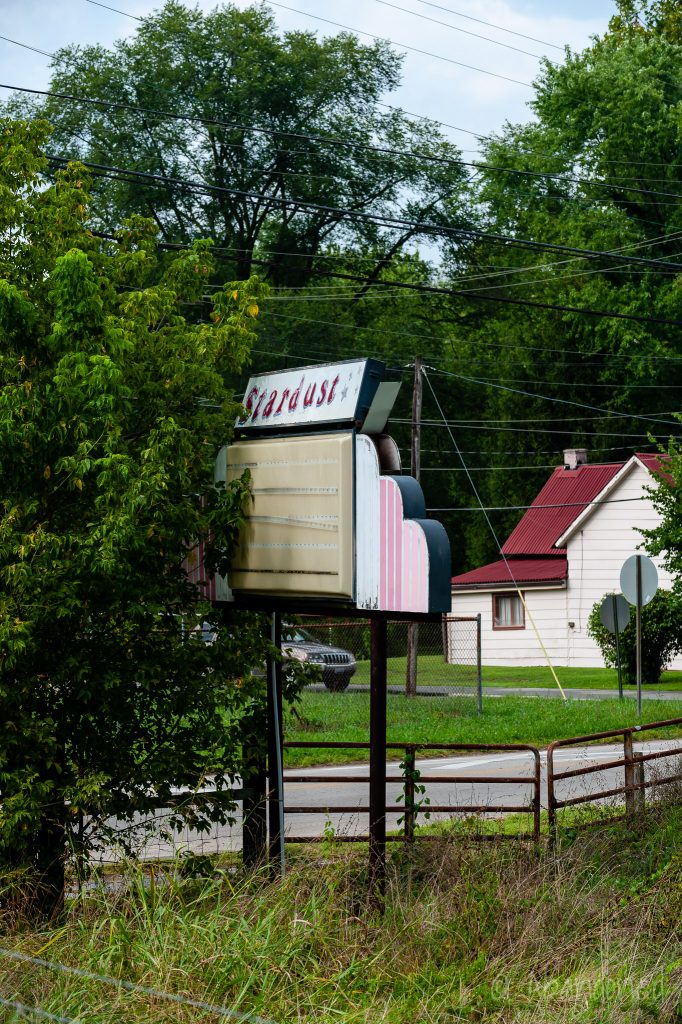 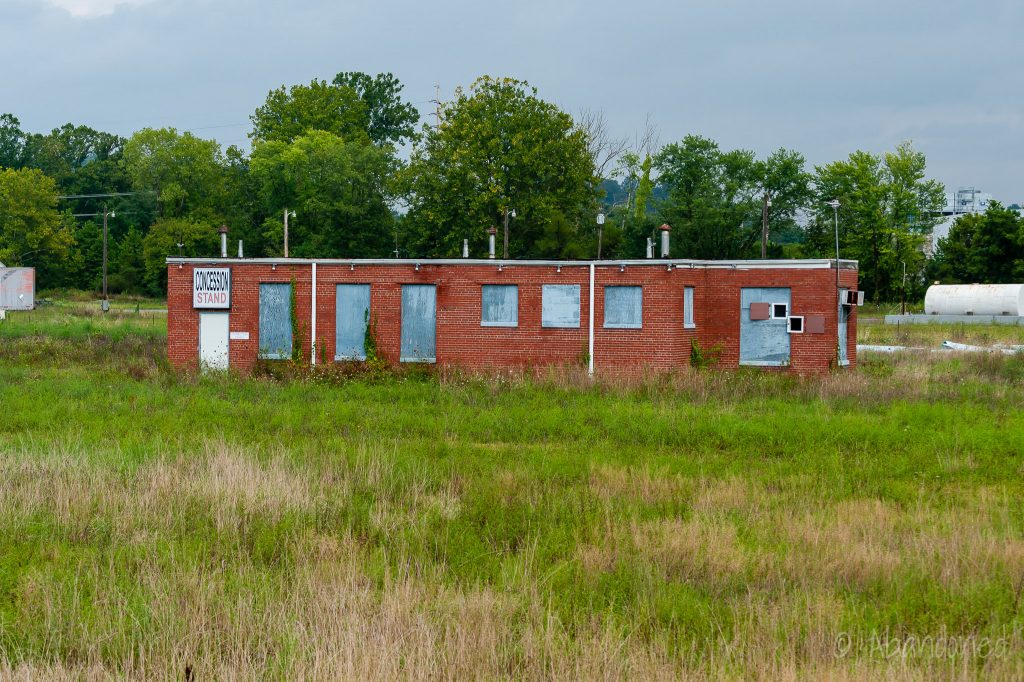