The American Ice Company is an abandoned ice manufacturing plant along West Franklin Street in Baltimore, Maryland. Constructed in 1911, American Ice served the growing city of Baltimore. A railroad connection enabled it to ship ice to clients in New York City and Washington, D.C. It remained in operation until 2004. The facility is being redeveloped into a mixed-use event, commercial, and community facility.

One of the earliest industrial ice ventures in Baltimore dated to 1825 when Francis Ravigneaux, a French-born confectioner, marketed ice to local restaurants and taverns. 1 Later in the year, the horse-drawn ice plow was invented by Nathaniel Wyeth, which made it possible to score the surface of a frozen pond or river in a uniform pattern, which enabled the harvest of ice on a commercial scale. The ice would then be shipped by train from locations in the Northeast to cities in the Mid-Atlantic and South.

Ice production first came to Baltimore in 1837, when Thomas J. Cochran built three stone icehouses that were supplied with ice in the winter by large artificial pools that were dug near Falls Road. 1 Cochran partnered with Woodward Abraham in 1855 and appended three more icehouses at Stemmer’s Run near Essex. Local production was enhanced with imported ice cut from the Kennebec and Penobscot rivers in Maine to keep up with demand, followed by the erection of large ice storage warehouses along the Susquehanna River in 1860.

Initially used to preserve fruits, vegetables, and meats by markets, ice began to be used by wealthy citizens for refrigeration purposes and by breweries. 1 The demand for ice soared from 1,000 tons per year in 1835 to nearly 80,000 tons per year by 1870, which was delivered to clients by a team of 500 workers and 250 horses.

By the 1870s, Cochran’s business, Cochran & Company, produced nearly half of Baltimore’s natural ice, but it could barely keep up with the surging demands brought forth by the breweries. 1 Weissner’s Brewery was the first to introduce ice-making equipment in 1883, which jumpstarted the manufactured ice industry in the city.

With demand for ice in Baltimore rapidly increasing, Cochran & Company merged with Oler & Company, a wholesale and retail service that had been established by William H. Oler in the late 1850s. 1 It became the Cochran-Oler Ice Company in 1883. The combined entity dominated ice sales in Baltimore. In June 1898, the company was sold to the Maine-based Kickerbocker Ice Company, which operated in Baltimore, Philadelphia, and Washington, D.C. Kickerbocker merged with the Consolidated Ice Company, which operated in New York City, to form the American Ice Company on March 11, 1899.

American Ice took advantage of its monopoly under the leadership of Charles W. Morse and raised prices substantially on ice in the summer of 1900, which led to civil and criminal cases against the company. 1 The ensuing public relations disaster and growing competition led the firm to take a loss of $8,000 in 1903.

By 1906, the American Ice Company operated four major ice manufacturing plants in Baltimore that produced 103,000 tons of ice per year. 1 Locations included the West Baltimore Street Plant at 1030 West Baltimore Street, Fell Street Plant at 927 South Wolfe Street, Hughes Street Plant along the Inner Harbor, and the American Ice Company Plant No. 2 at 330 West 23rd Street. Those facilities, along with other artificial ice plants by other firms, produced 70% of the ice consumed in the city with the remainder harvested from ponds or the Susquehanna River.

American Ice first acquired property at 2100 West Franklin Street in July 1910. 1 It then secured a permit for the construction of a two-story ice manufacturing plant and a one-story storage warehouse capable of holding 14,000 tons of ice on the north side of the road in September 1911. Stables for horses that pulled the delivery wagons were to be located across the street. The new plant was designed by Mortimer & Company and constructed by Fidelity Construction.

Upon completion, the new artificial ice plant had a capacity of drawing 60 gallons of water per minute from a 200-foot and a 242-foot well, which could produce 125 tons of ice daily. 1 Production of the ice entailed the usage of Frick ammonia compressors, which involved forcing ammonia gas into condensers where circulating water cooled the gas into a liquid. It would then be run through pipes where it expanded, cooling large tanks of brine to below freezing temperatures. Rows of sheet metal cans full of water were lowered into the brine tank until the liquid froze. The buckets were lifted, and the ice blocks removed so that they could be transferred to the warehouse where they would be insulated by straw or sawdust.

By 1941, American Ice boasted $6 million in annual sales. 1 It was the second-largest distributor of manufactured ice in the United States and was one of the biggest deliverers of coal to residences and businesses in Baltimore. In 1951, the company demolished and replaced the original ice warehouse on the north end of their plant and replaced it with a smaller structure at the northeast corner, which included an extended garage for its growing fleet of delivery trucks.

The garages were demolished in the early 1970s and replaced with a more massive warehouse and truck-loading dock, which were expanded upon in subsequent years. 1

Refrigerators for residences, which consisted of a small unit that was mounted atop an icebox, were invented by Fred Wolf in 1913. 5 6 It was not until 1923 that Frigidaire introduced the first self-contained unit.

The introduction of Freon as a refrigerant in the 1920s greatly expanded the capability of refrigerators. It replaced the use of sulfur dioxide, which could cause vision loss and lesions, and methyl formate, which was highly flammable and toxic. Home freezers, introduced in 1940, allowed for the freezing of foods, but these units were not mass-produced until after World War II had concluded because of material and labor shortages. 7 Between 1945 and 1949, 20 million refrigerators were purchased in the United States, and the adoption of electric fridges in homes grew from 44% to 80% between 1940 and 1950. 1

Baltimore American Ice, which had acquired American Ice in the 1960s, 1 had switched mainly to the production of bagged ice for businesses and dry ice for industrial clients by the 1980s. 8

A more extensive fire destroyed the more recent additions to the dry ice plant and caused severe damage to a corner of the original circa 1911 factory, 1 which began around 11:30 p.m. on March 2, 2004. 8 On March 7, 2008, workers accidentally punctured a tube containing ammonia gas, which caused evacuations for nearby residents. 9

Ilya Alter, a Washington, D.C. developer, acquired the former American Ice Company property for $540,000 in 2016 to renovate the scarred industrial site into a mixed-use campus. 2 Alter partnered with Bill Struever, of Cross Street Partners, who had transformed other industrial sites in the city into vacant community-focused developments. The duo formulated plans to turn American Ice into a local arts and entertainment scheme anchored by a beer garden, an outdoor and festival venue, and 40 artist-oriented residences.

For Alter, the redevelopment of the American Ice property was personal. 2 He and his family landed in Baltimore when they immigrated to the United States from Russia in 1992.

“This is my American hometown. Our goal is to create this project to become a catalyst for more development and to help the community get new economic beginnings.” -Ilya Alter 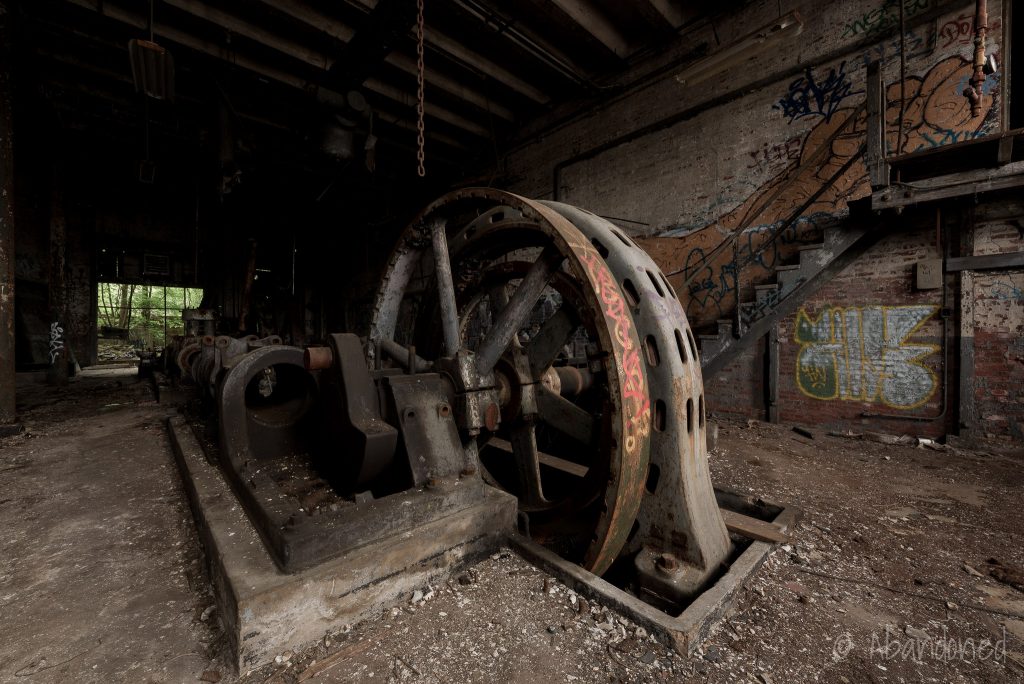 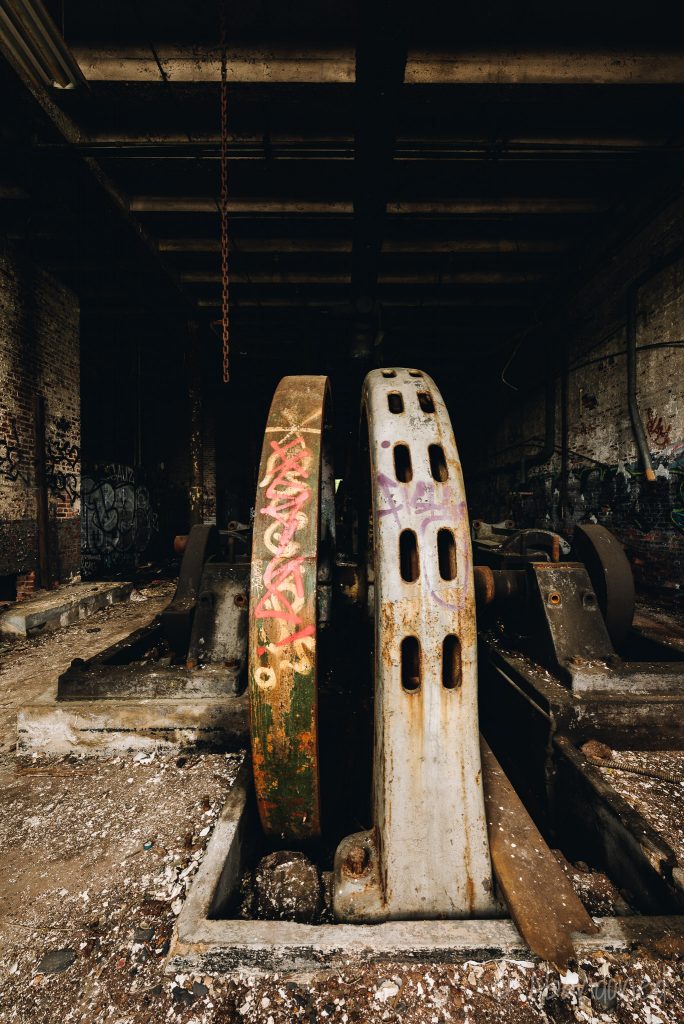 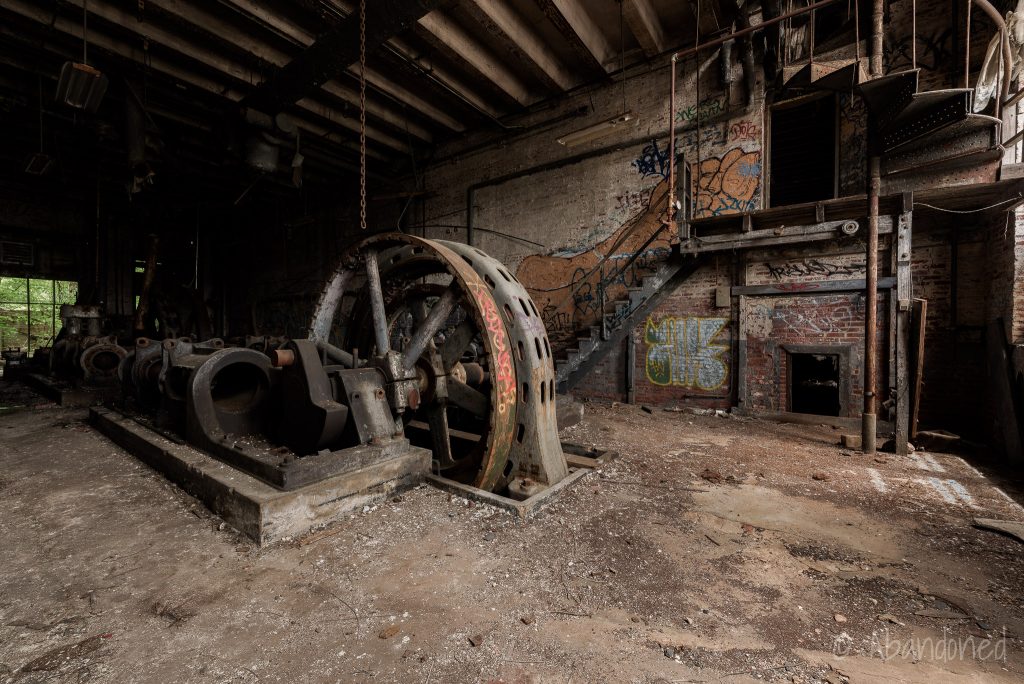 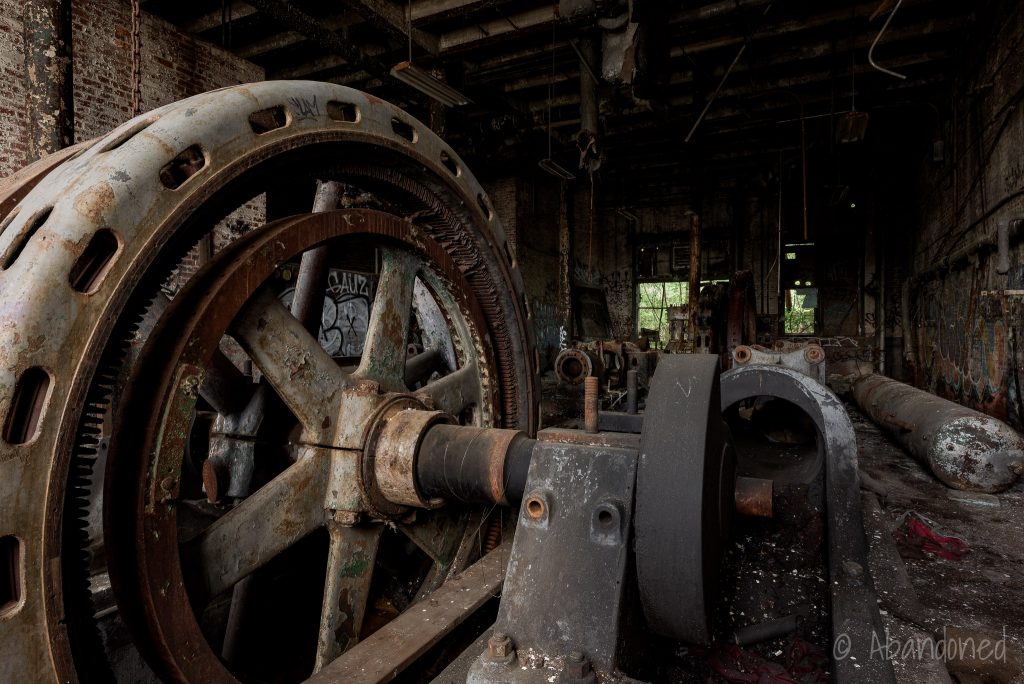 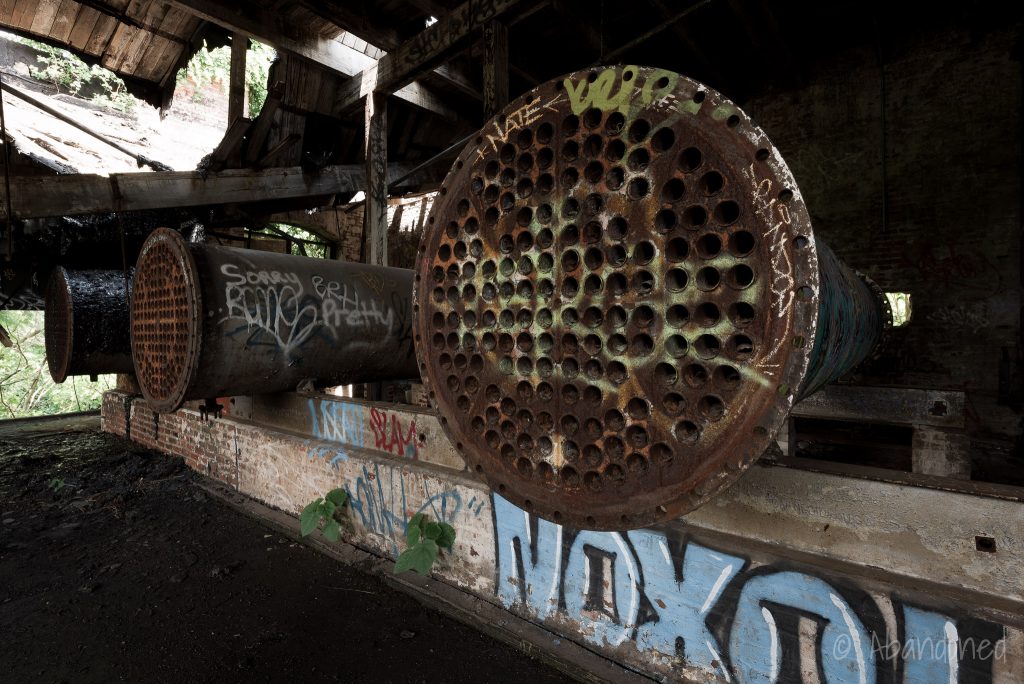 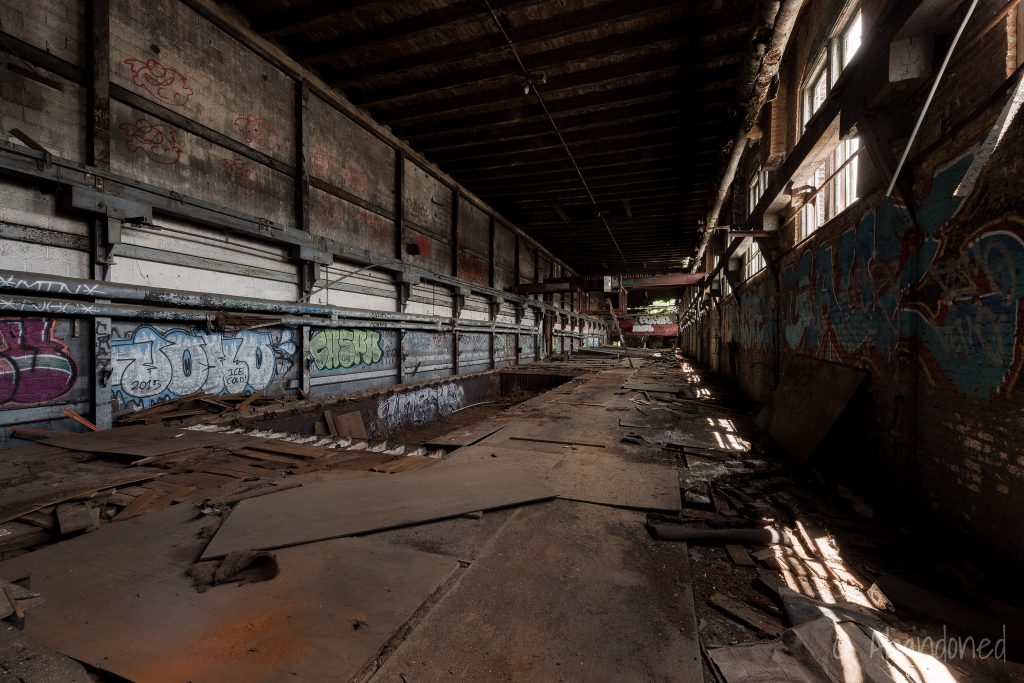 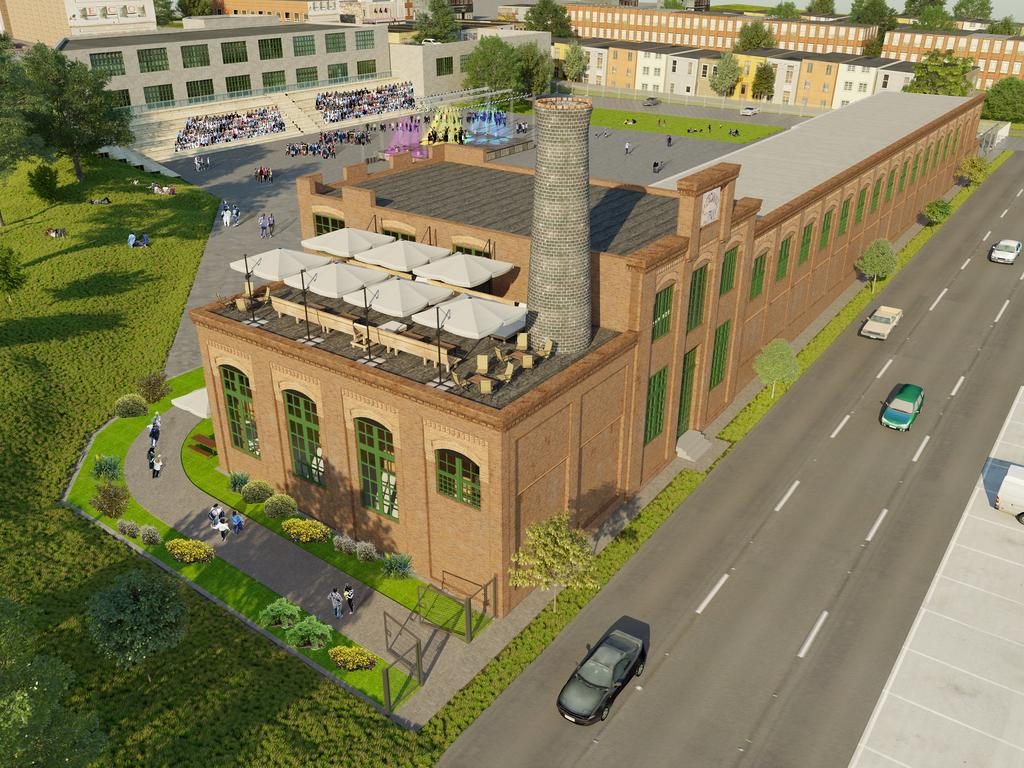 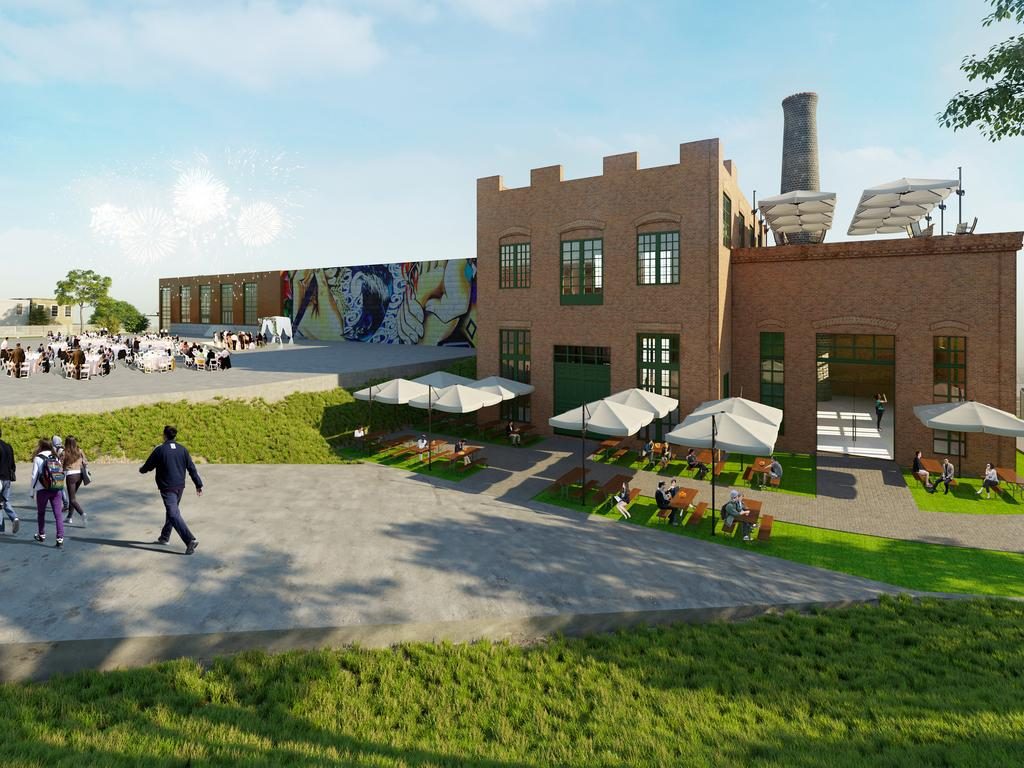 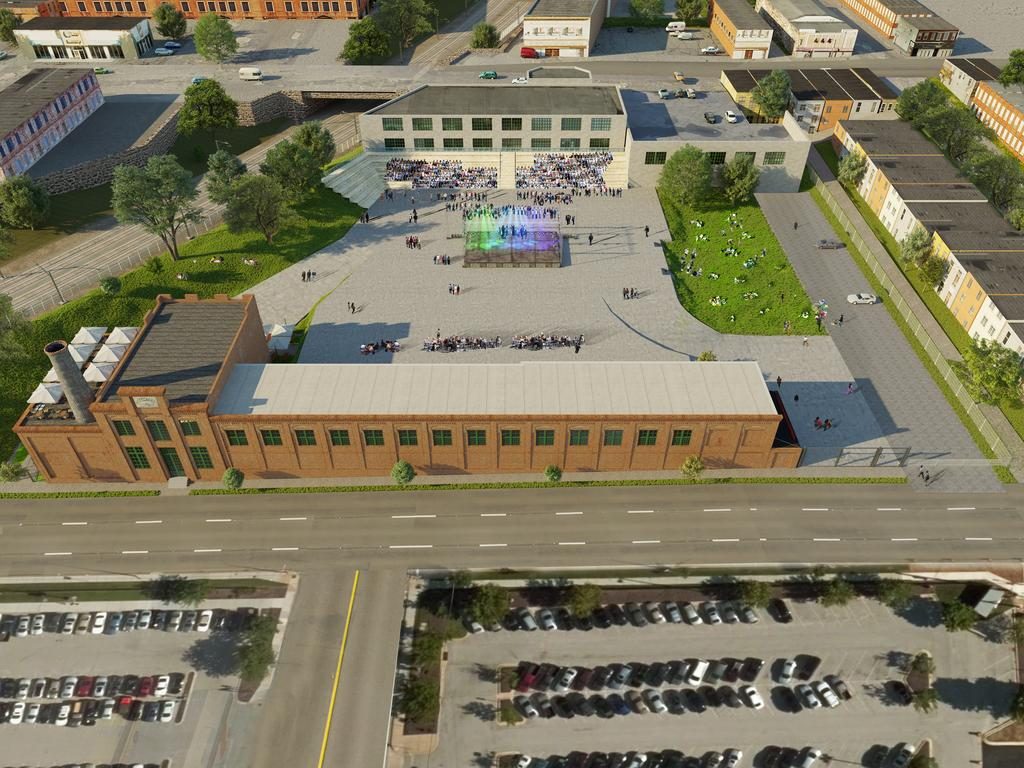 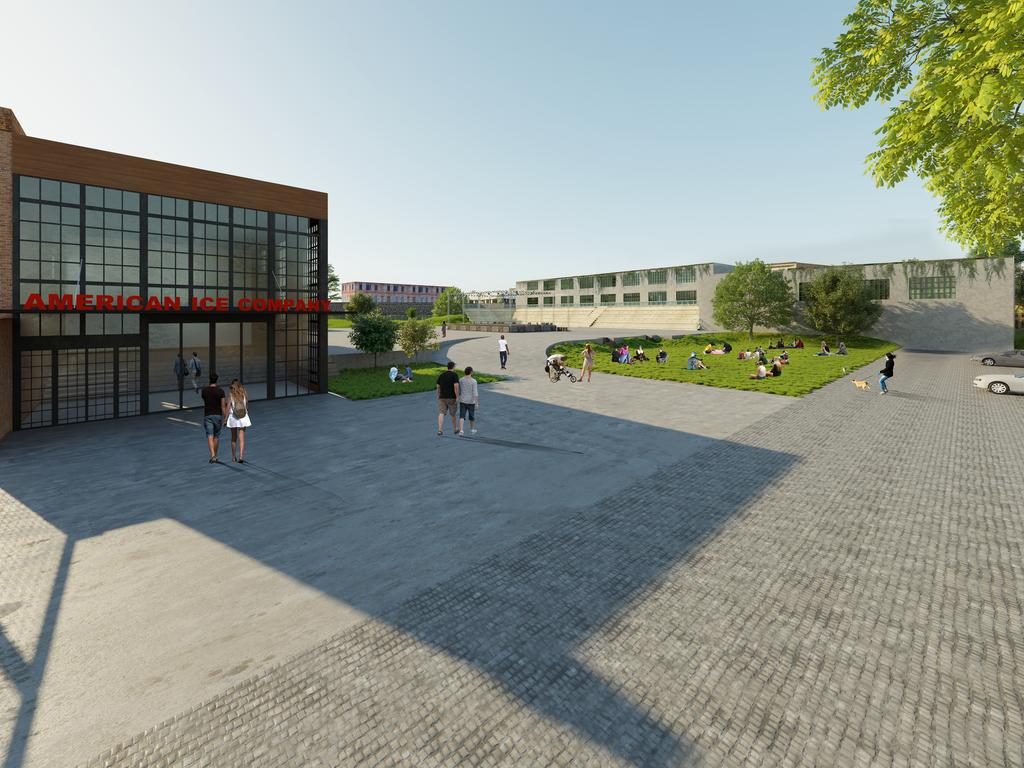 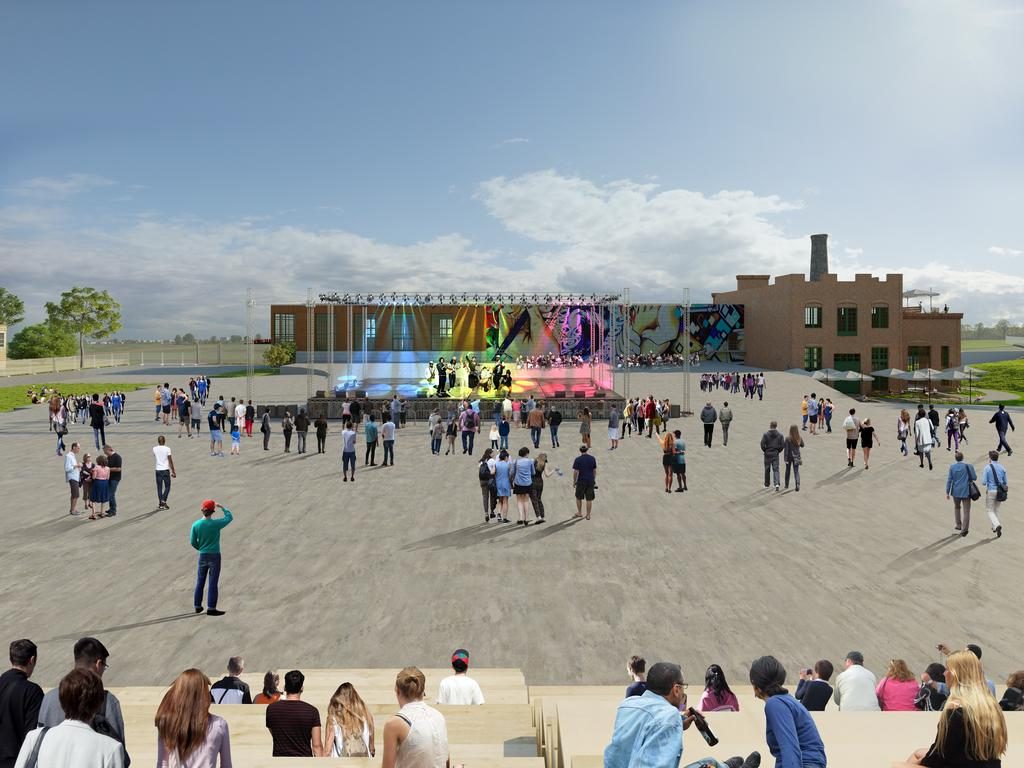 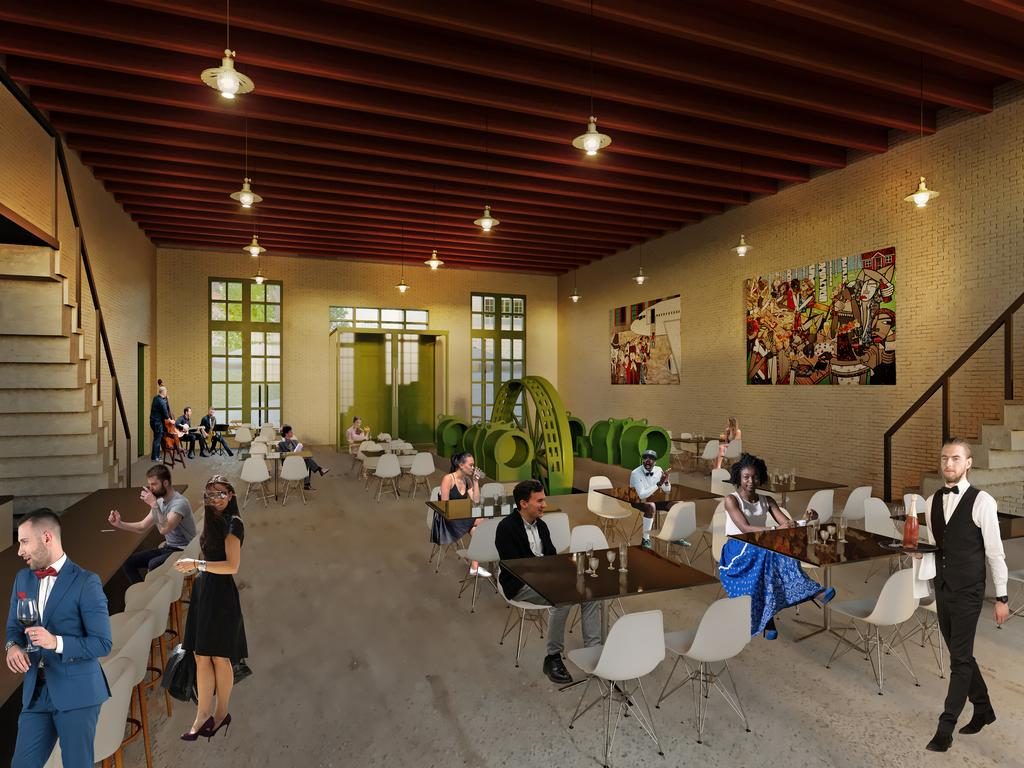 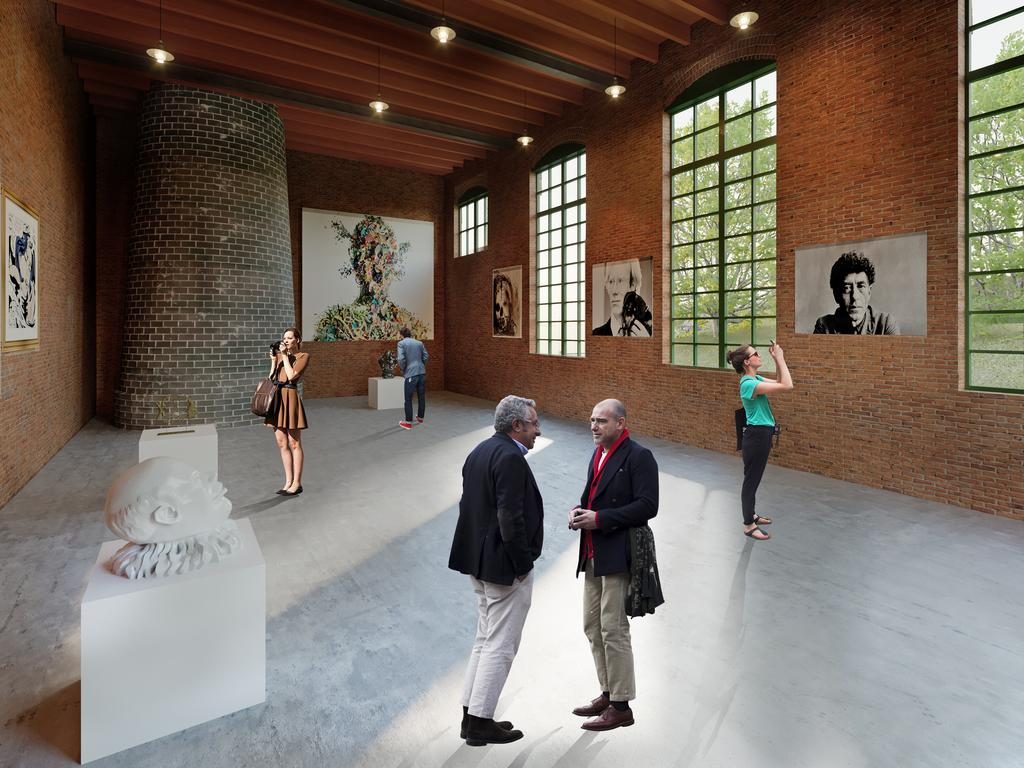 I miss the January and Wood Company in Maysville, Kentucky. Dating to 1834, January and Wood was a cotton mill that diversified into synthetics, such as rayon and polyester, and was noted as being one…
END_OF_DOCUMENT_TOKEN_TO_BE_REPLACED
Category NewsPosted on May 6, 2011April 22, 2015

Memorial Hall: Another one to fall?

Along Downtown Mansfield Inc. and Preservation Ohio's Forbidden City Tour in Mansfield, Ohio was a stop at 98 North Main Street that was home to various businesses at one point, including the Mansfiel…
END_OF_DOCUMENT_TOKEN_TO_BE_REPLACED