The Hotel Kanawha served as Charleston, West Virginia’s premier hotel between 1903 and 1965. It served as the state headquarters of John F. Kennedy’s 1960 primary campaign and was later used from the 1960s to 1997 as the site of the state’s Job Corps. Post-closure, the Hotel Kanawha was slated to be restored into a boutique hotel but financing for the plan collapsed and it was demolished.

The hotel has hosted numerous dignitaries over the years, including Presidents Roosevelt and Hoover, 23 and served as the state headquarters for John F. Kennedy’s 1960 primary campaign. 3

Hotel Kanawha closed in 1965 and was renovated into an office building for the Job Corps, a federal program that was designed to training underprivileged young women, an initiative of the President Kennedy and Johnson administrations. 4 6 23 24 Job Corps moved out of the former hotel building in April 1997.

Charleston developers Brooks McCabe and Rudy Henley announced shortly after Job Corps moved out that they would renovate the former Hotel Kanawha building into an upscale boutique hotel at the cost of $20 million. 2 3 It would require the demolition of the historic circa 1895 Arcade, 8 with the land used to serve as an underground parking structure for the hotel and the adjoining Kanawha Bank & Trust building. The former bank would be restored into Class A offices on the first three floors and upscale condominiums on the upper eight floors and would be connected to the Hotel Kanawha. 30 The Wagner Building would be torn down for a small hotel office building, while the main entrance to the Kanawha Building would move from Summers to Virginia Street. 2

McCabe and Henley attempted to list the Hotel Kanawha on the National Register of Historic Places in order to apply for state and federal historic preservation tax credits. 8 It was hoped that the hotel would open by 2000.

The Arcade was demolished in September 1998 in preparation for the hotel project. 7 8 The roof of the Arcade, a series of iron trusses that once contained a glass skylight, was salvaged to form a canopy over the new main entrance to the hotel. 8 Some of the ornate cast iron columns were also saved to be used in a new entryway to the hotel.

In May 1999, McCabe and Henley approached the city for a $7.7 million loan considered essential to the Hotel Kanawha project. 11 Under the plan, the city would acquire and guarantee the loan under the 108 Loan Program that had never been used before by the city. The Kanawha Bank & Trust building was opened to Charleston’s business and government leaders for viewing on June 23. 10

The developers received $6.6 million in federal loans from the Department of Housing & Urban Development on July 9, which provided the basis for the financial requirements for the restoration of the Hotel Kanawha. 9 Of the loan, $6 million was classified as a 108 Loan, which required McCabe and Henley to commit 93 of the expected 133 jobs at the new Hotel Kanawha to low-income and moderate-income residents.

On November 9, 2000, McCabe and Henley received final approval from the Charleston Urban Renewal Authority for the renovation plans for the Hotel Kanawha. 13 The project’s cost had escalated to $30 million but would include a 140-foot, 11-story tower to connect the hotel with the refurbished Kanawha Bank & Trust building. 13 14 The underground parking garage had been canceled as it was determined that it was not feasible due to the small lot size. 14

By December, city officials became uneasy regarding the Hotel Kanawha project fearing that it would never be fully realized and that the 108 Loan would need to be repaid. 12 An agreement was reached between the city and McCabe and Henley that would limit the city’s liability for the loan; the loan repayment would be split into three equal sized payments between the city, the developers, and the Charleston Urban Renewal Authority. 12

Unfortunately, the lack of investors in the project and the weak economy following the September 11, 2001 terrorist attacks doomed the project, according to the developers. 23 In June 2002, McCabe and Henley offered to sell the property to the Kanawha County Public Library, 28 and in September, the Hotel Kanawha redevelopment project was dead. 29 Additionally, the adjoining Kanawha Bank & Trust building project was also shelved as all of the commitments for the residential units had backed out because of the Hotel Kanawha failure. 30 McCabe began paving over the former excavated lot that was once the home of the Arcade for a surface parking lot. 29

The company released a proposal for a four-story, 68,000 square-foot office building to house the Robinson & McElwee law firm and a branch of Fifth Third Bank and an adjoining two-story parking garage at the cost of $9 million. 18 21 It would require the demolition of the Hotel Kanawha, which was approved by the Charleston Urban Renewal Authority on April 16, 2003. 24 26

Demolition of the former Hotel Kanawha began in May. 23 25 It was discovered that asbestos lined the windows and roof, the latter which had to be chiseled apart by hand. Controversy surrounded the demolition as two contractors conducting the teardown, Astech Corp. and Tenth Diamond Inc. were actually operating names for the same owners. 19 20 21 22 Allegations were also revealed against Goldizen Excavating.

Tenth Diamond listed its employees as “general construction” workers, which meant the firm paid just $9 in Workers’ Compensation premiums per $100 of wages instead of the $48 required for demolition and asbestos removal. After the local newspaper disclosed its findings, the state agency that compensates injured workers stated that Tenth Diamond misclassified its employees for years, and owed $800,000 in back premiums. 19 20 21

Subsequently, the Affiliated Construction Trades Foundation protested that hotel debris, which contained toxic lead and asbestos, was being dumped illegally at the end of Newhouse Branch north of Charleston. The state Department of Environmental Protection stopped the debris dump immediately after. 19 20 22 It was soon discovered that the debris was also being dumped along the Poca River beside Camp Virgil Tate outside of Sissonville, 20 which was stopped by several sheriff deputies on July 26. 19 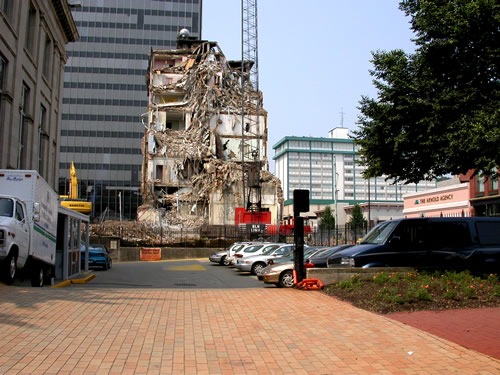 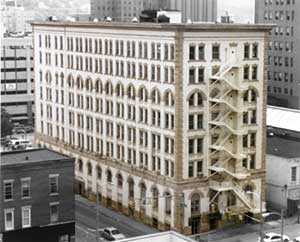 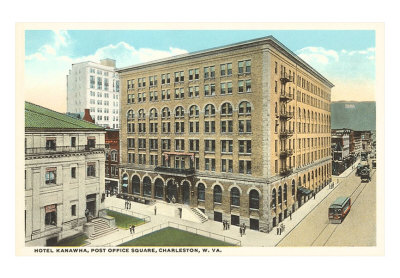 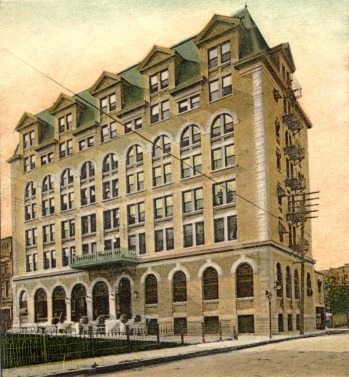 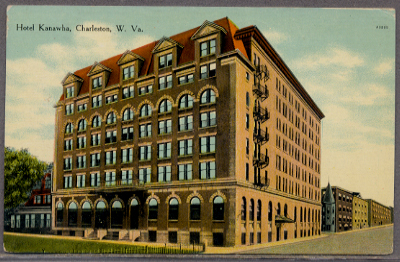 The Van Nattas Pumping Station, located in Ithaca, New York, was constructed by the Ithaca Light & Water Company in 1893. It was built on the site of the Van Natta & Jones Mill. Long abando…
END_OF_DOCUMENT_TOKEN_TO_BE_REPLACED
Category ExplorationsPosted on July 8, 2016September 26, 2019