The Kanawha Falls Bridge connects US Route 60 (Midland Trail) to Kanawha Falls Road over the Kanawha River in Fayette County, West Virginia. The crossing closed to automobile traffic in 2018.

The first ferry across the Kanawha River in the vicinity of Kanawha Falls was put into operation circa 1804 by settler Joseph Hough. 19 It was later owned and operated by William Riggs before and after the Civil War.

By the 1920s, the Clark Brothers operated the ferry and ran two boats, one of which had a capacity for up to six cars. 19 By the middle of the decade, the ferry was handling up to 800 vehicles per day. The opening of a bridge at Cotton Hill over the river between Chimney Corner and Beckswith in 1928 dropped traffic on the ferry to an average of six vehicles per day.

A lack of operating profit began to show through the generally deteriorating conditions on the bridge. A 1966 report to the state Public Service Commission (PSC) noted that the bridge company had expenses of $7,000 and revenues of $6,000. 13

Owing to concerns about the bridge’s structural integrity, the PSC ordered an inspection to be conducted on the river crossing in 1968. 5 The Michael Baker Jr. Corporation directed the investigation which found that structural metal in the trusses had about 50% section loss in areas because of rust and that the rockers that allowed the bridge to expand and contract were inoperable because of corrosion.

On September 4, 7 10 the PSC ordered the Kanawha Falls Bridge to be closed to vehicular traffic temporarily until repairs could be completed. 5 10 It then allowed for it to reopen to traffic later in the month, contingent upon that repairs would be made immediately to the bridge and that the progress be tracked by the PSC. 11 The bridge company reportedly hired a welder who applied 1,500 pounds of steel to the bridge at all points as prescribed by the PSC, but it never reported to the PSC as required.

In July 1973, the PSC held a hearing regarding the structural conditions of the bridge. 13 The bridge company vowed to have a professional inspection conducted immediately, have the bridge cleaned, painted, and repaired within 29 months, comply with the federal Bridge Safety Act by having the span inspected annually, allow the PSC to audit its finances, and submit every six months a progress report to the PSC on the repairs.

Owing to the expiration of the bridge’s operating permit and a lack of recent, detailed inspections, the PSC ordered the Kanawha Falls Bridge to be closed to vehicular traffic starting at midnight on January 26, 1974. 4 12 In the face of protests from the area’s residents and legislatures, the PSC issued a temporary safety certificate. It then ordered the crossing to close on July 31 for the same reasons, 12 which did not occur as over 100 nearby residents prevented the company from installing barricades on the bridge. 9 The PSC sought an emergency court order to have the bridge closed out of fear that it could collapse.

Separately, the state Department of Highways (WVDOH) began looking into acquiring the privately-owned Kanawha Falls Bridge in 1973, and a study determined that the crossing was in fair condition that needed significant repairs. 17

In May 1975, 8 the Kanawha Falls Bridge Company conveyed the river crossing to the Tuppers Creek Coal Company without the consent and approval of the PSC as required by the state code. 6 8 The coal company, listing the bridge as its only asset, had planned to close the bridge by July 20, 1976, 6 unless it could sell the crossing to the West Virginia Department of Highways (WVDOH). 8 The PSC halted those plans and ordered the coal company to keep the bridge open to automobile traffic pending a sale or transfer to either another private entity or to WVDOH. 6

In March 1977, the state legislature authorized WVDOH to purchase the crossing in March 14 and it was acquired later in the year. 18 The state completed a major rehabilitation of the bridge in 1979 and 1999.

WVDOH, during a public meeting held in 2012, presented a number of options to either rehabilitating the existing Kanawha Falls Bridge or building an entirely new structure. 2 The replacement costs ranged from $14.2 million to $32.2 million. The preferred alternative identified by WVDOH was a comprehensive rehabilitation project on the existing structure, estimated to cost $17.1 million. 2 18

On November 1, 2018, WVDOH closed the bridge to automobile traffic after discovering that a corroded steel beam had broken, separated, and dropped nearly five inches from a support truss. 2 It created a gap in an expansion joint. An emergency contract had been put out to bid for immediate repairs with the goal to reopen the bridge until a new structure could be designed, funded, and built, but the discovery of additional structural problems became apparent as repair needs were assessed.

WVDOH then began evaluating a $6.8 million plan to improve two secondary routes on the south side of the river as an option to repairing or replacing the Kanawha Falls Bridge. 2 It would involve grading and paving WV Secondary Route 61/29 from the bridge west to WV Route 61 at Deepwater, and stabilizing Deepwater-Cotton Hill Road (WV Secondary Route 13), a one-lane, 6.7-mile dirt road that connects to WV Route 16, to remove washouts and correct potholes, ruts, and slides.

The state was reluctant to construct either a new bridge or conduct the extensive repairs needed to the existing crossing because of the high costs and very low usage. 2 3 Only 450 vehicles per day used the Kanawha Falls Bridge.

Construction on improvements to WV Secondary Route 61/29 and Deepwater-Cotton Hill Road began in August 2019 and the project was completed in 2020. 3 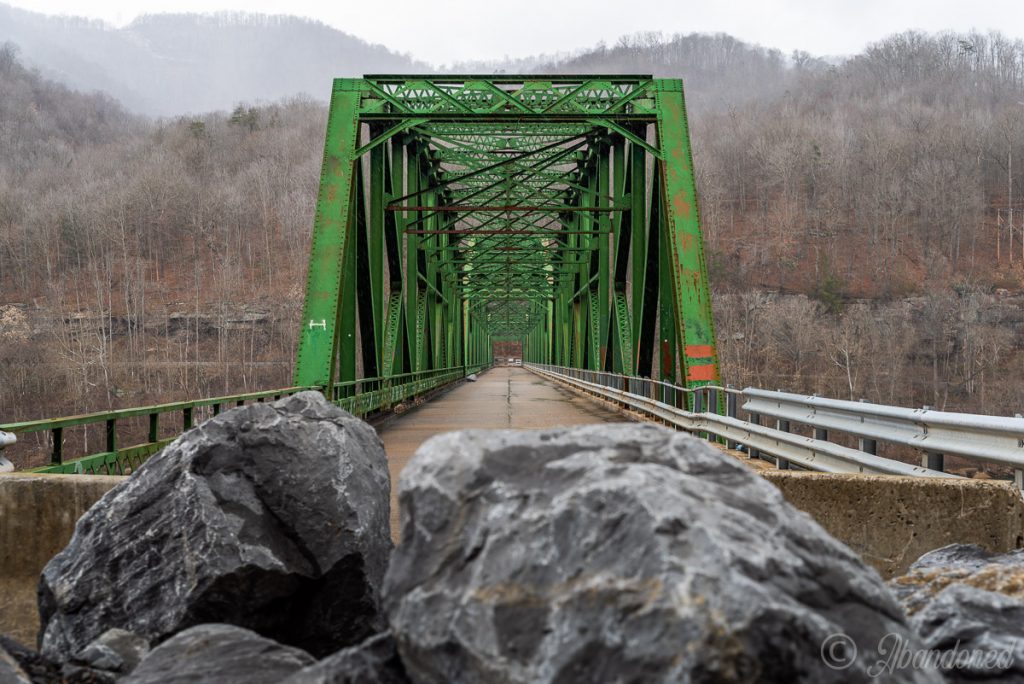 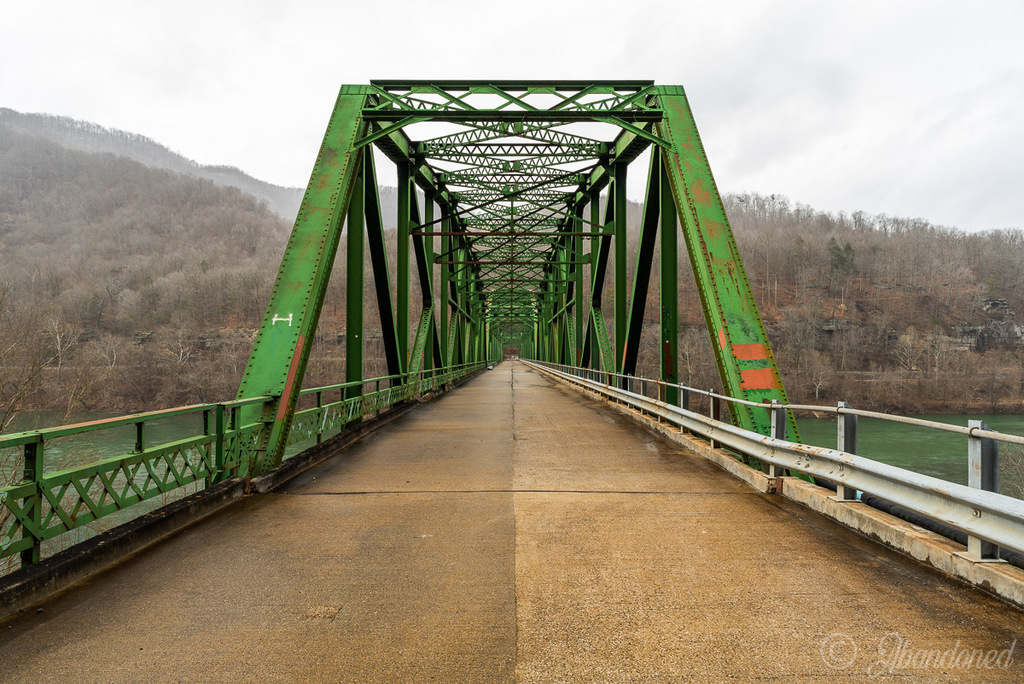 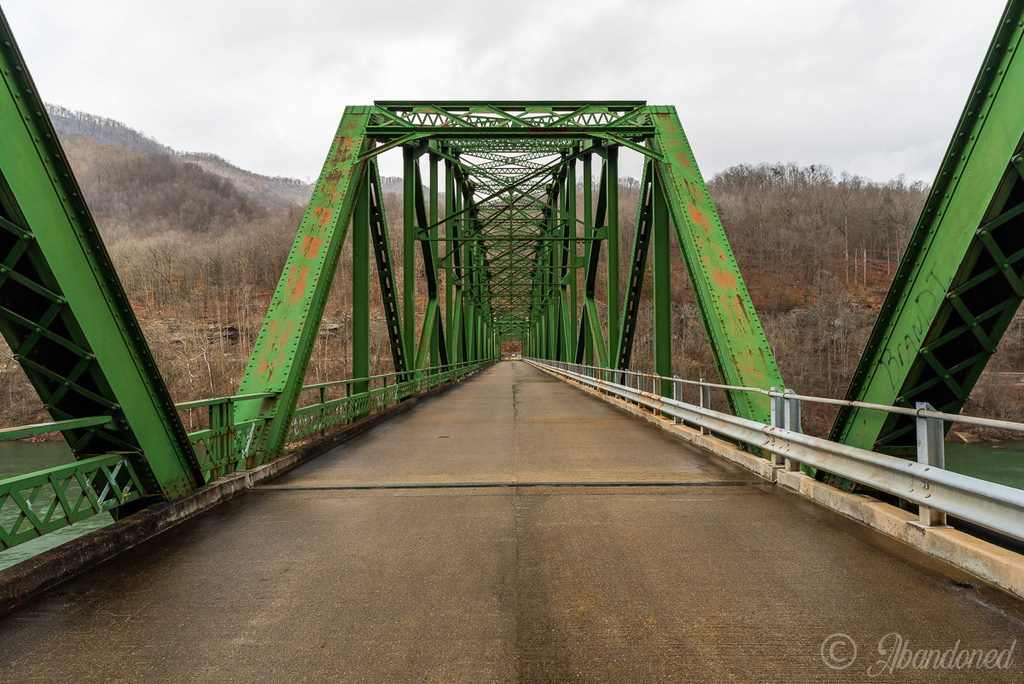 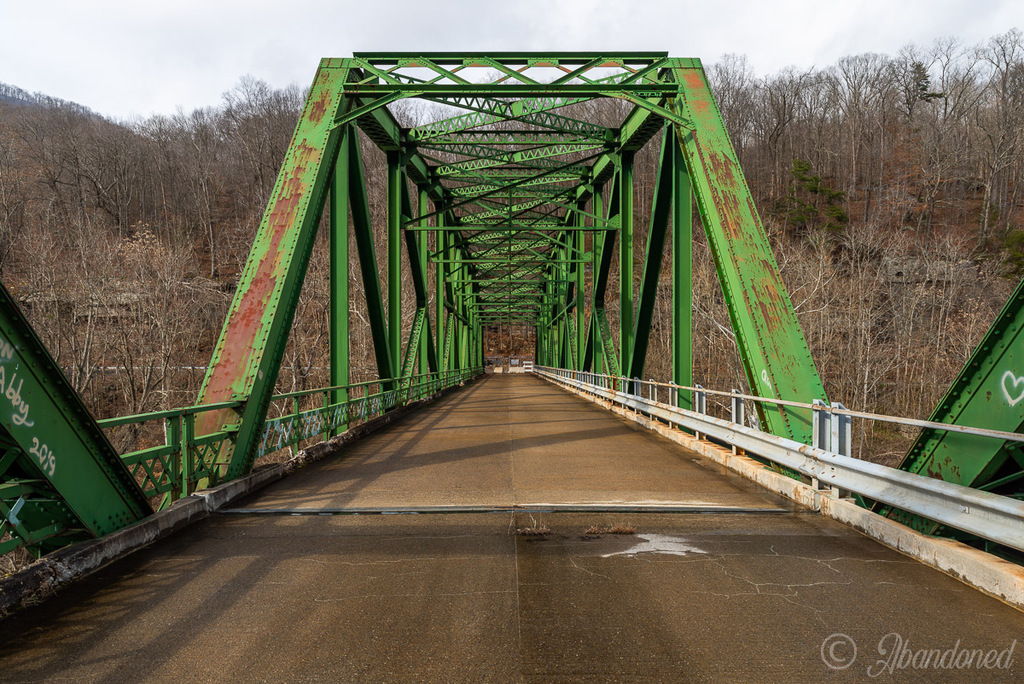 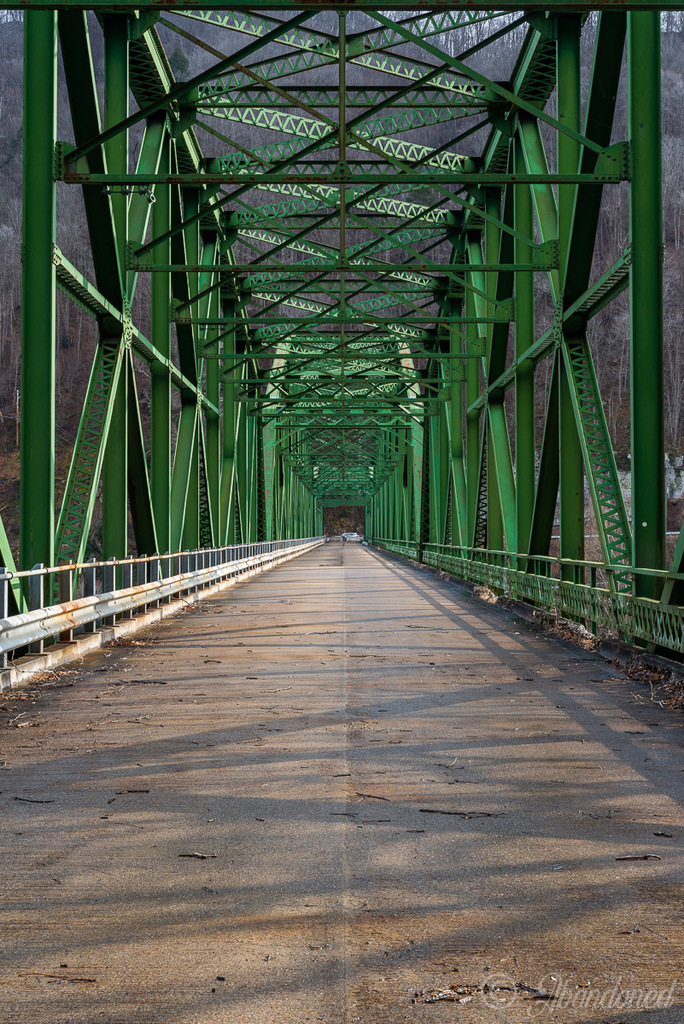 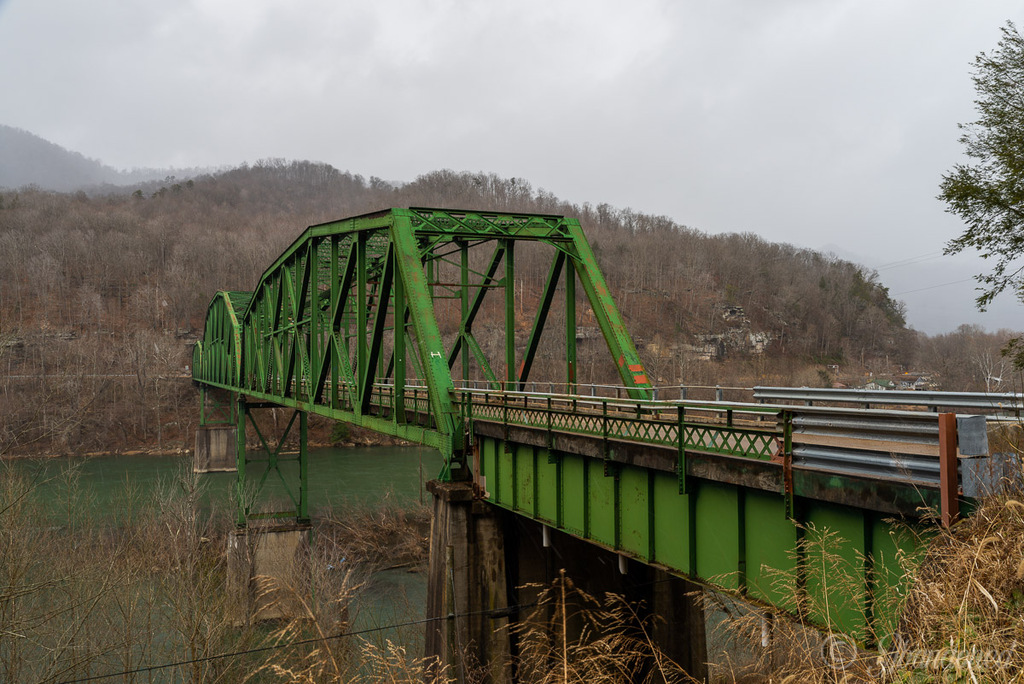 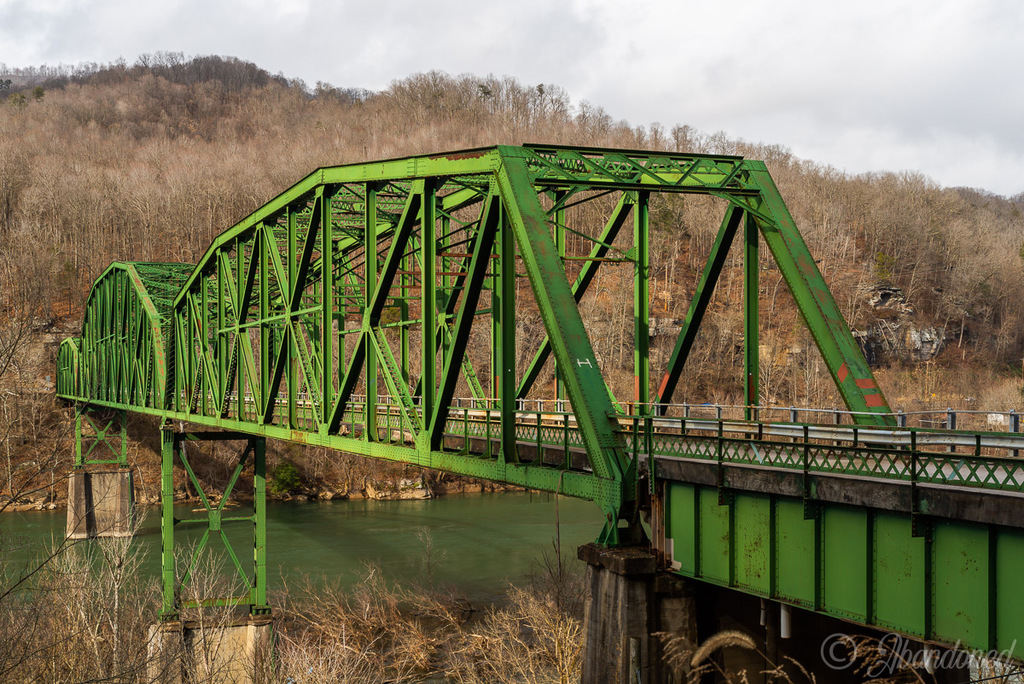 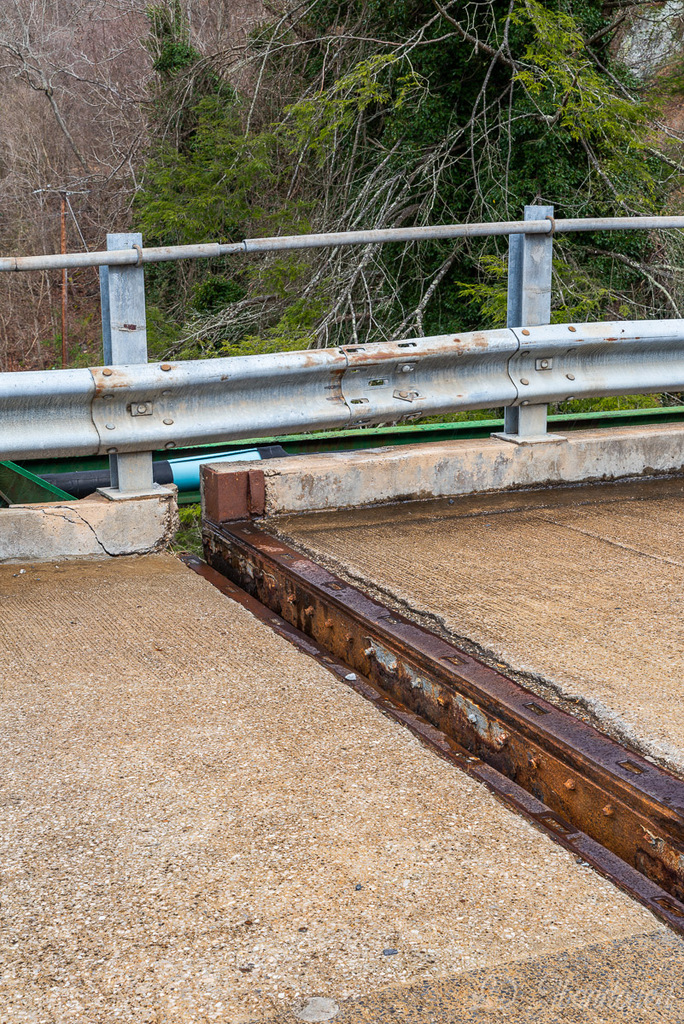