The Archdiocese of Hartford formed the Saint Patrick parish when the congregation of St. John the Evangelist was split due to overcrowding. 3 5 On October 24, 1874, Father Huge Carmody acquired an empty circa 1852 church building and renovated it. It opened for Catholic Mass on December 20.

Father Stephen P. Sheffrey was named the first pastor of the newly consecrated Saint Patrick parish on February 14, 1875, which at the time encompassed 1,000 worshipers. 5

Under the administration of Father John A. Mulcahy, who became the second pastor of Saint Patrick on November 1, 1881, a permanent altar was installed, and the land was acquired for a future school and convent. 5 He worked to reduce debt substantially. Father Michael McKeon succeeded Mulcahy on January 1, 1886.

McKeon oversaw the start of construction to an addition to the church in May 1888. 5 On September 27, 1889, consecration ceremonies were held when all church debt had been erased.

A house near the church initially served as a convent, later moving to the school’s third floor. 5 In 1897, a new brick convent adjoining the church was added.

Father William H. Redding was named the fourth pastor of Saint Patrick on August 24, 1922, after McKeon passed away. 5 The interior of the church was redecorated for the parish’s golden jubilee in 1925. The fifth pastor, Father Francis E. May, oversaw repairs to the sanctuary after a fire in 1939. The church was rededicated on December 10.

In 1990, the Sisters of Mercy left the parish and were succeeded by the Apostles of Saint Patrick. 3 5 In 1997, St. Peter’s Church and St. John the Evangelist merged with Saint Patrick. As a result of the merger, Saint Patrick/St. Peter School was formed.

Saint Patrick struggled with declining congregation numbers and financial burdens during the early years of the 21st century. 5 The Columbus House, a homeless shelter and food pantry operated by the parish in the convent, closed in 2002. 2 Saint Patrick/St. Peter School closed in 2007, which was then leased to St. Martin de Porres Academy, an independent Catholic school, for a term of 20 years. 1

Owing to the prohibitive costs of renovating and maintaining the ageing Saint Patrick campus, the Archdiocese of Hartford decided on June 29, 2009, to merge the Saint Patrick and Saint Anthony parishes. 4 5 The two parish communities came together to form the newly christened Saint Anthony Parish, with services held in Saint Anthony’s in September 2009. 5

The former Saint Patrick Church campus was listed for sale for $2.5 million, although the altar, organ, stations of the cross, and other specific Catholic items were sold to a New Jersey company. 1 The paintings that were on the ceiling were removed and shipped to a Catholic church in Africa.

In March 2011, Communidad Cristiana de Restauracion a las Naciones (CCRN) sought to acquire the church building, rectory, convent, and garage with plans to relocate its services to the campus. 2 As of 2018, the building is still in the hands of the Archdiocese of Hartford. 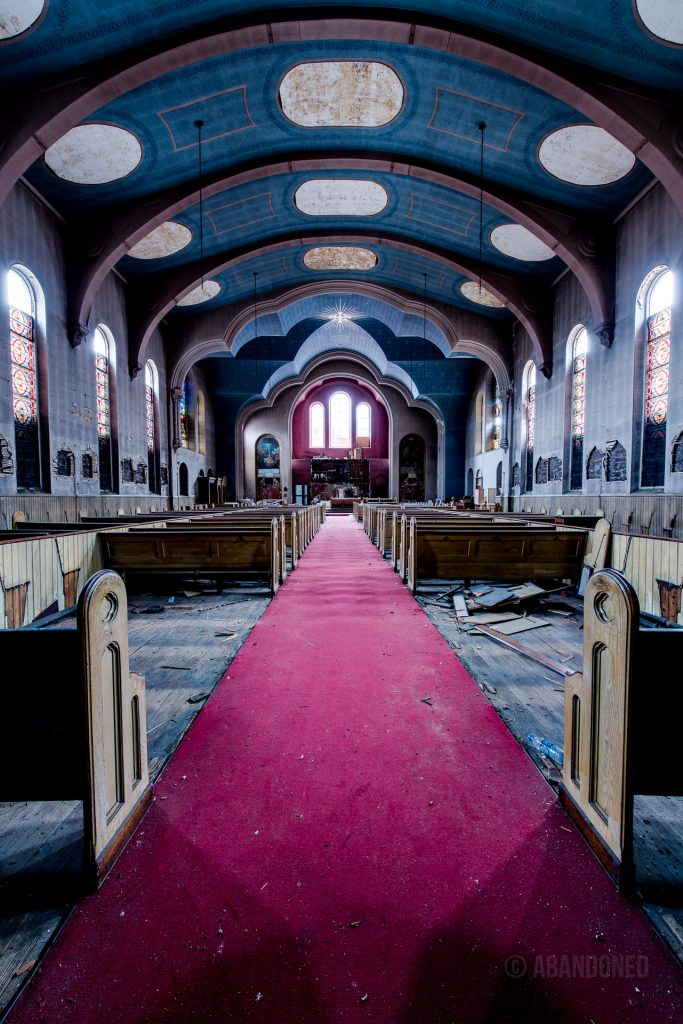 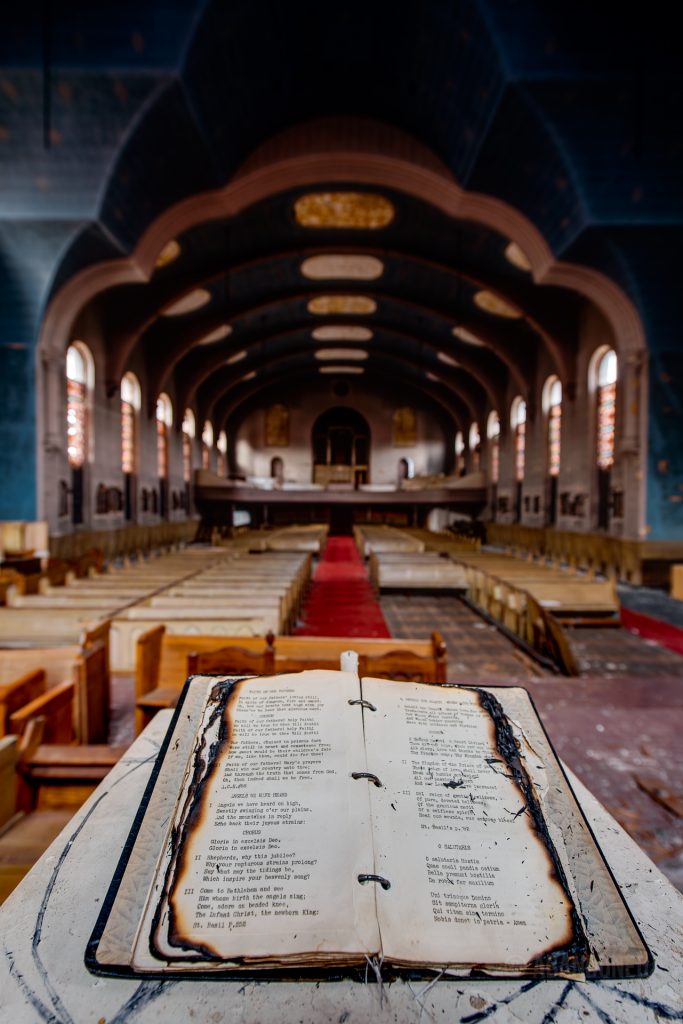 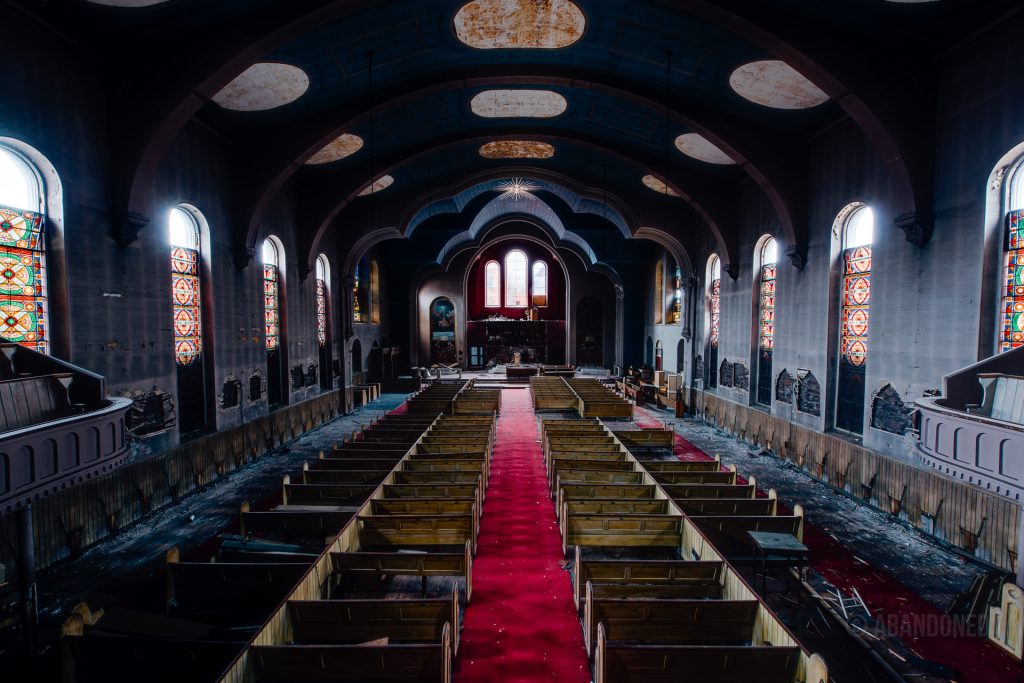 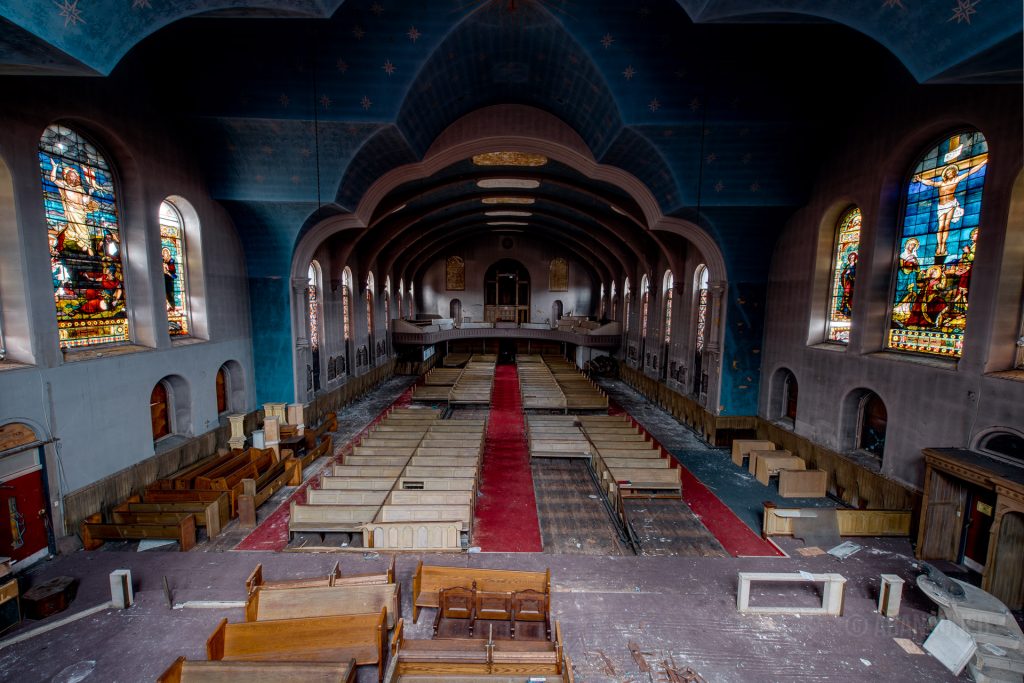 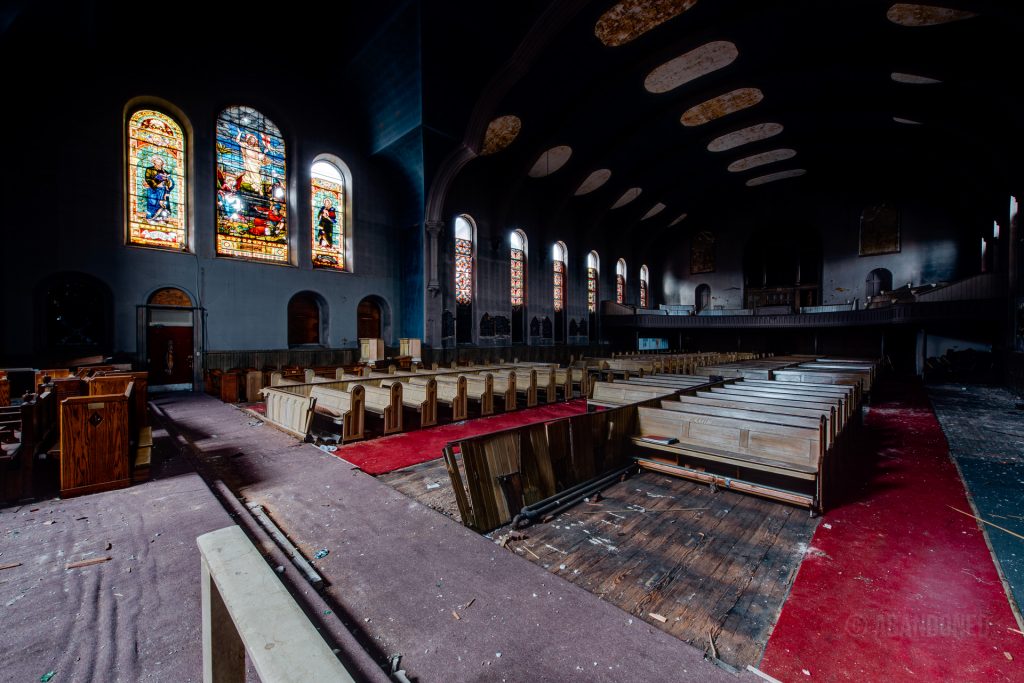 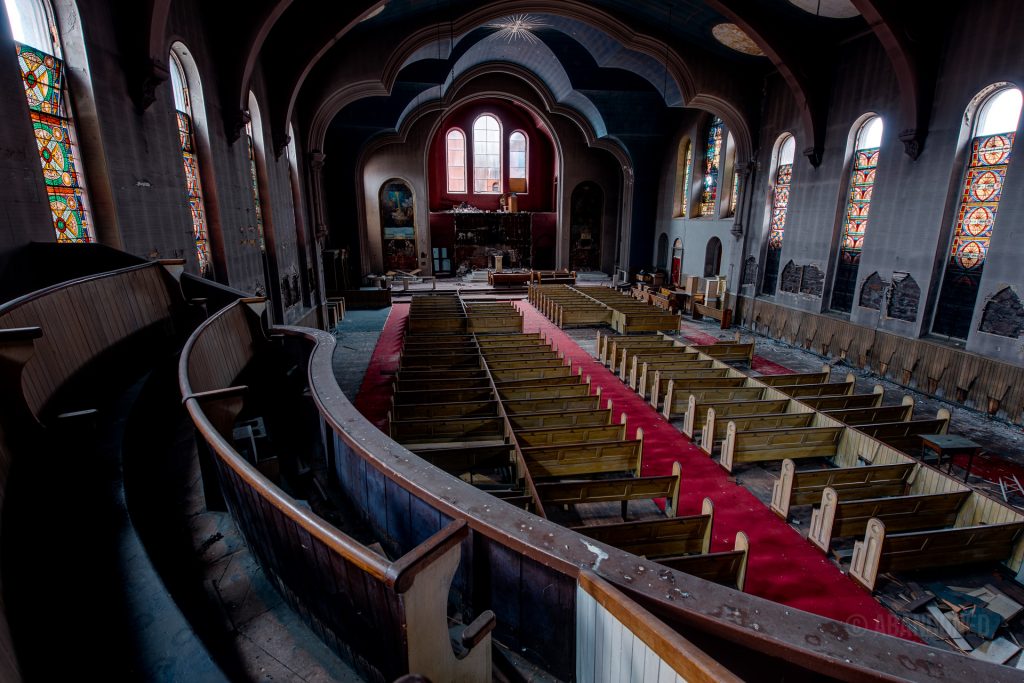 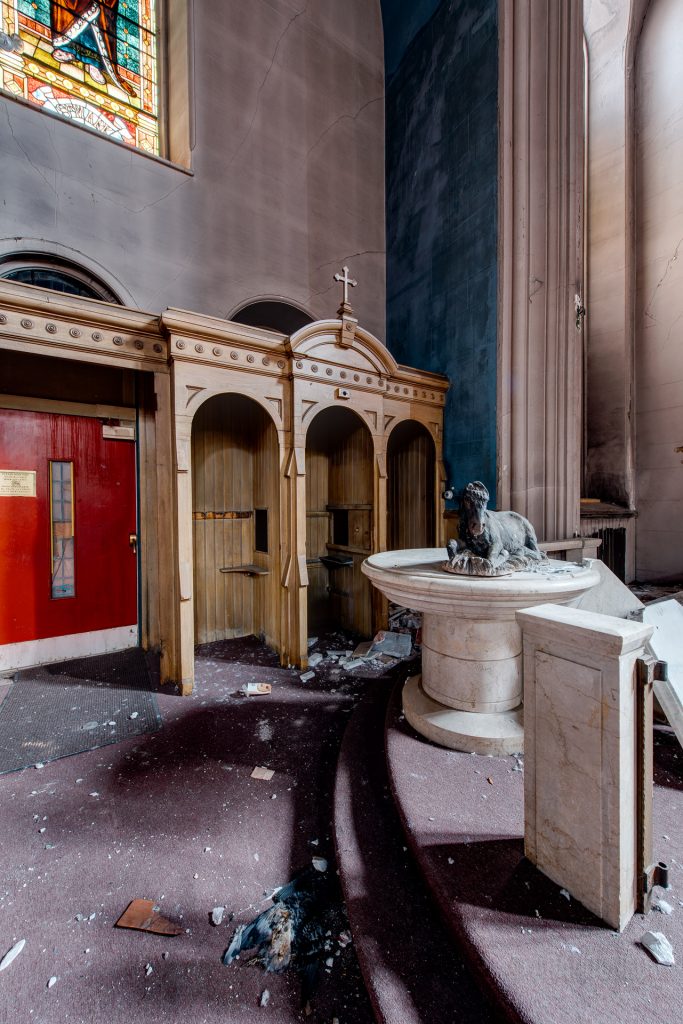 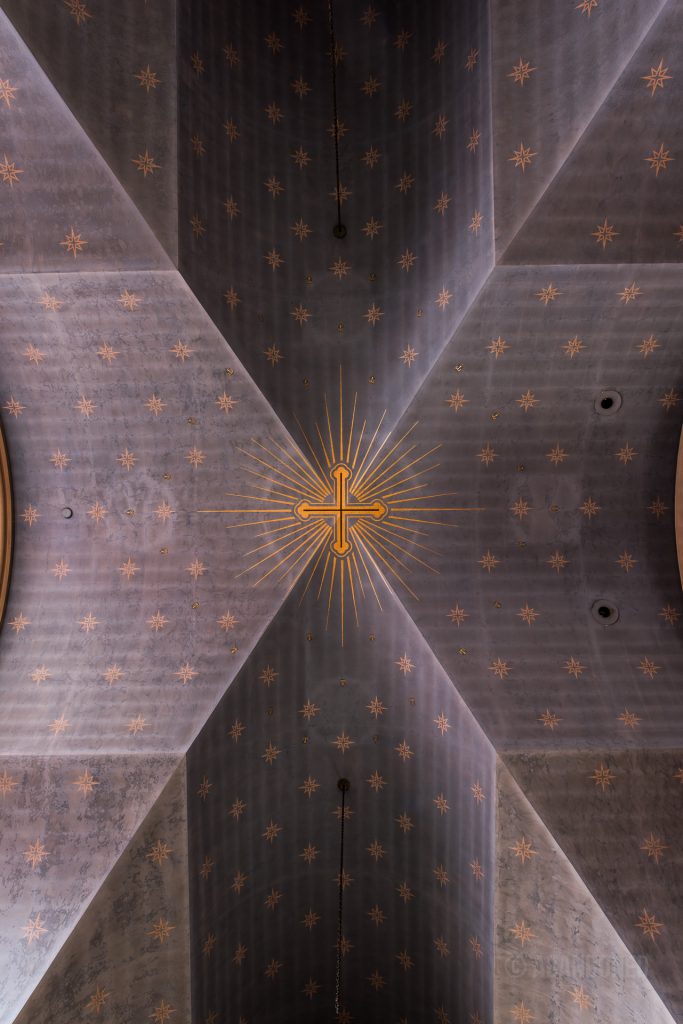 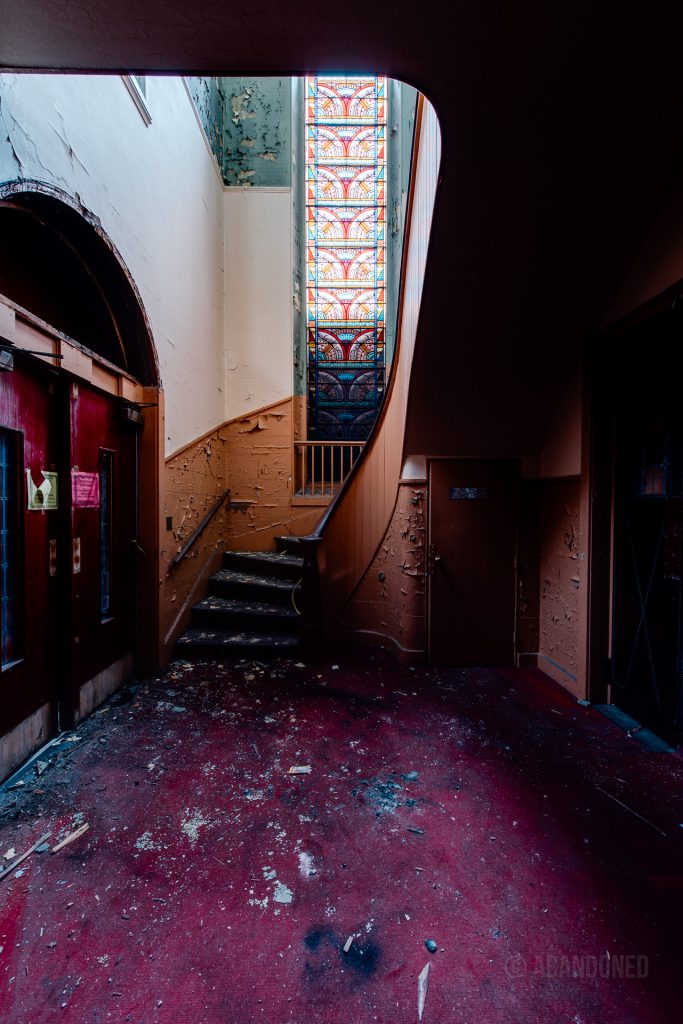