Substantial coal deposits had been identified by Dr. Thomas Walker’s expedition in southern West Virginia in 1750. 9 In the 1860s, local blacksmith Jordan Nelson began selling coal from his land in the 1860s from a seam that was easily accessible as it required little digging to obtain. 8 During the Civil War, Confederate cartographer Jedediah Hotchkiss noticed coal outcroppings while surveying along Laurel Fork in Tazewell County, Virginia. He later hired Isaiah A. Welch to map commercially viable timber and coal reserves in the area. It was discovered that some coal seams were thirteen feet thick. 7 Hotchkiss boasted about the coalfield in his publications and exhibited at the Philadelphia Centennial Exposition in 1876. 8

The Southwest Virginia Improvement Company, organized by G.C. Wharton, was chartered by the Virginia Legislature in March 1880 to develop mining operations in Tazewell County, Virginia, and Mercer and McDowell Counties in West Virginia. 8 9 In March 1881, Dr. James O’Keefe of Pearisburg, Virginia was hired by the Graham Group to serve as its land agent to acquire land north of Flat Top Mountain, and within a few months, O’Keefe had options on 31,000 acres of land along the Bluestone River and Laurel Creek.

The AM&O was forced into receivership in June 1876 and was sold at auction in February 1881 to Clarence Clark of the E.W. Clark & Company of Philadelphia. 9 E.W. Clark had organized the Shenandoah Valley Construction Company in 1879 to complete a railroad through the Shenandoah Valley in Virginia, although not much work had been completed on the line since its incorporation in 1867.

In May 1881, the Norfolk & Western Railroad (N&W) was organized by E.W. Clark with the coal of completing the Shenandoah Valley Railroad and building a line to points west. 9 Frederick J. Kimball, who became its first vice president, had commissioned a survey of coalfields in southern West Virginia and southwest Virginia two months prior, and had requested further information from Welch’s survey in April.

Based on the information received, Kimball, his wife, and two capitalists from Philadelphia and Baltimore set out on May 14 to inspect the coalfields. 9 On May 22, they observed an 11-foot-high coal seam in Abbs Valley which was named “Pocahontas” by Mrs. Kimball as they were in Indian country. The discovery of the thick coal seam determined N&W’s plans for a westward expansion which would follow the New River between the Shenandoah River Railroad at the New River Depot near Radford and Glen Lyn, and then proceed west and north along the East River, Bluestone River, and Laurel Creek—all generally along the alignment of the New River Railroad. The N&W also contemplated a connection along the Bluestone River with the Chesapeake & Ohio Railway at Hinton.

After some negotiations, the N&W, the Graham Group, and a group of Philadelphia capitalists headed by Edward Steel and E.W. Clark came to an agreement on June 23, 1881, whereas the N&W received the railroad charter of the New River Railroad, and Steel and Clark received the Graham land holdings and mineral rights which fell under the Flat Top Land Association. 8 9 The organization of the Southwest Virginia Improvement Company, started in 1880, was completed in September when Wharton turned over his charter to Steel and his associates.

The Norfolk & Western Railroad Company has just secured the franchises and works of the New River Railroad, and will immediately prosecute the construction of that road into the Great Flat Top Coal Region. This will furnish cheap coal for the company’s own use and for its important local manufacturing industries, and will also provide a large business in coal transportation for shipment from Norfolk, where coal wharves are being located.

It was projected that the line could be finished to the emerging town of Pocahontas along Laurel Fork by that November, but adverse weather conditions and construction difficulties slowed progress. 9 Along the last two miles of track along Laurel Fork were two tunnels of 201 feet and 366 feet in length. 1 9 By the end of the year, the entire line had been graded with track laid on 58 miles and with another 38 miles ballasted. 9

By April, mines started shipping trains of 10 to 20 20-ton rail cars daily. 9 The New River Division was officially dedicated on May 21. 9

The N&W began its westward extension of its mainline from Laurel Fork when it started construction of the Flat Top Extension in 1887 (which was renamed the Bluestone Extension in 1889 and the Bluestone Branch in 1902). 10 As the Ohio Extension was being constructed as the de-facto mainline between Powhatan, West Virginia, and Coal Grove, Ohio in 1891, the former line from Bluestone Junction into Pocahontas became the 5.41-mile Pocahontas Branch, technically split between the 1.91-mile Pocahontas Branch and the 3.5-mile Western Branch to Boissevain. 9 11

In 1901, the N&W acquired the Iaeger & Southern Railroad (I&S) and the South West Virginia Railroad which snaked up Dry Fork, Jacobs Fork, and Horsepen Creek. 9 The railroad contemplated building a connector between Horsepen Creek and Laurel Fork to provide an alternate, less congested 56.8-mile route between Bluefield and Iaeger. 1 2 9 The N&W chartered the Pocahontas & Western Railroad (P&W) to construct this connector in May 1904. 1

The 3.7-mile P&W line to the Boissevain operation of the Pocahontas Collieries Company was completed in May 1907. 3 4 Work was underway on another 3.8-miles of grading along Laurel Fork to reach a coal and coke operation of the Thorne Coal operation of Pocahontas Collieries. 3 4 The extension past Boissevain to Thorne and Iaeger was stopped in November 1907, upon which the roadbed was about 70% completed. 5 The charter for the P&W was dissolved in December 1912 and the line was sold to the N&W.

In 1915, Tunnel No. 2 was reinforced with concrete, and in November 1916, the line was electrified as part of an electrification project along the mainline between Bluefield and Vivian. 1

The Pocahontas Branch served only four coal operations, split evenly between the Pocahontas Fuel Company and Pocahontas Big Vein Coal Company. 9 Pocahontas Fuel operated its original No. 1 mine in Pocahontas until October 13, 1955. 1 9 During its reign of 73 years, it produced more than 44 million tons of coal. The preparation plant in Boissevain operated until the early 1970s while another facility in Pocahontas was open until 1974.

It was once proposed to develop an excursion train to operate between Pocahontas and Bramwell, West Virginia along the Pocahontas and Bluestone Branches, but the idea never came to fruition. 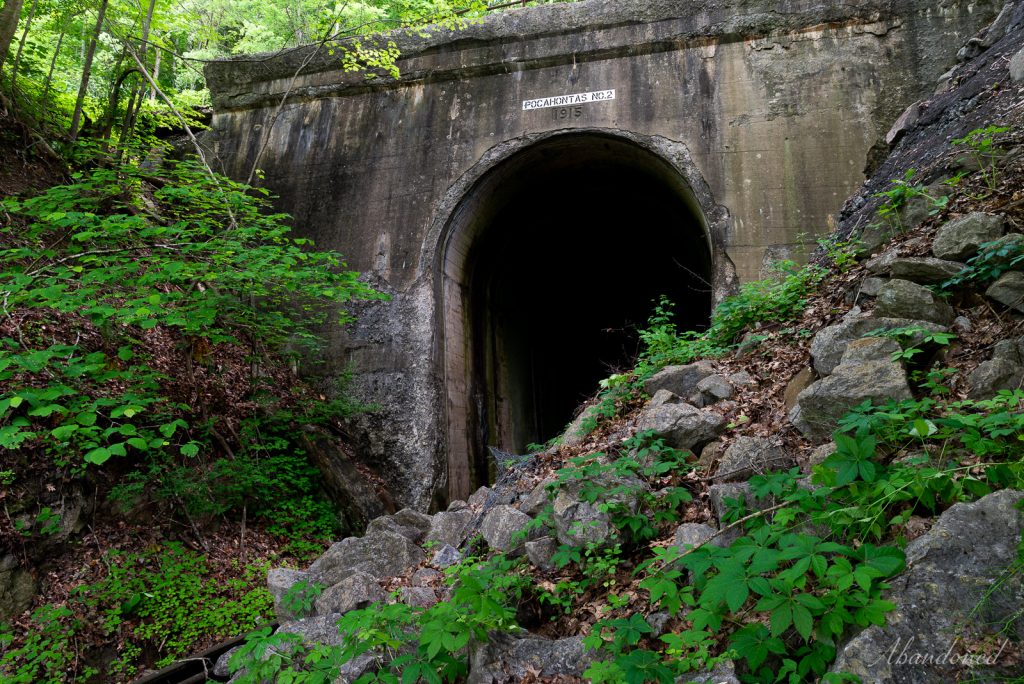 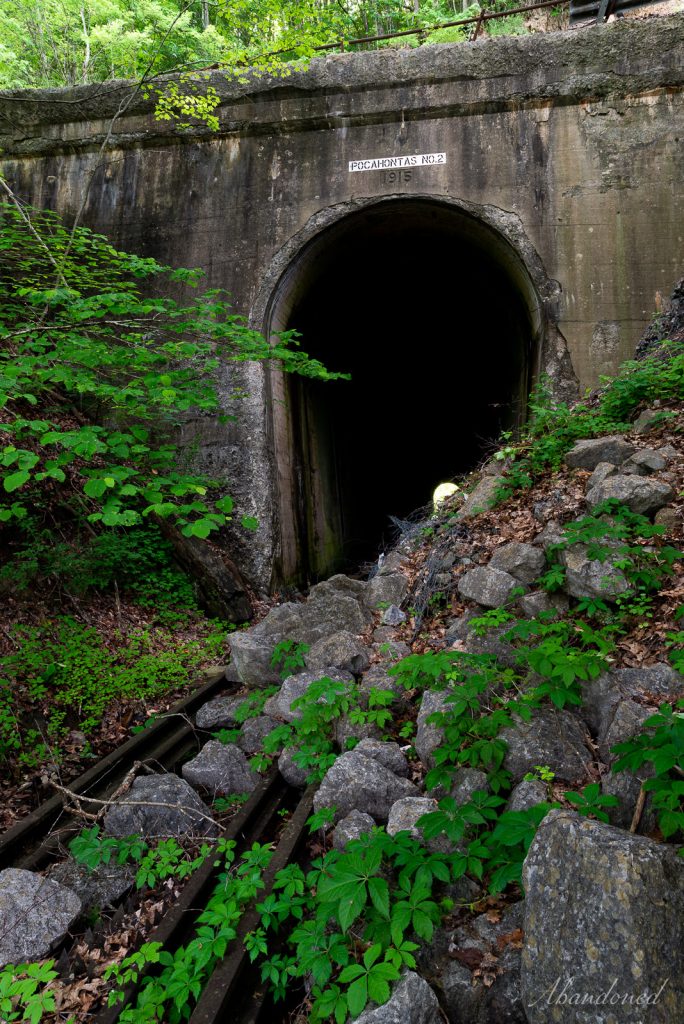 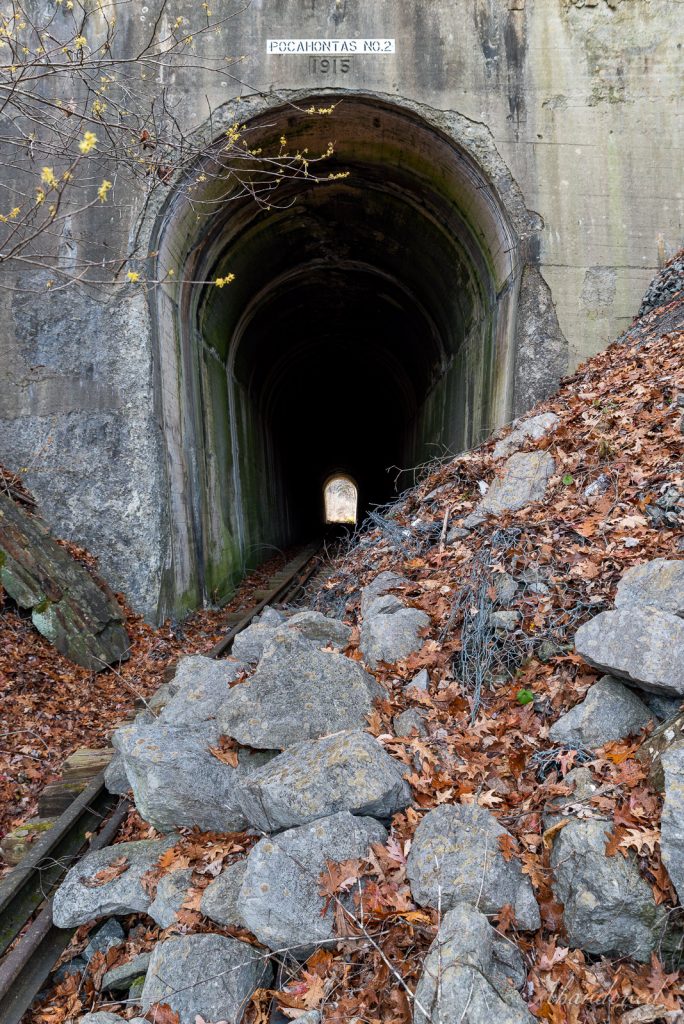 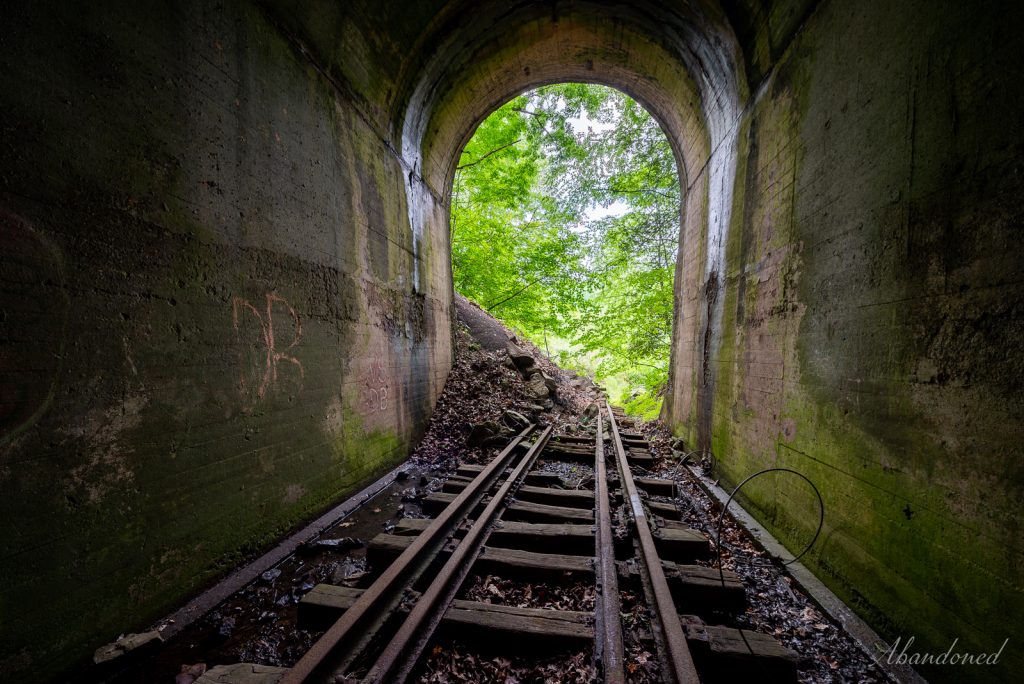 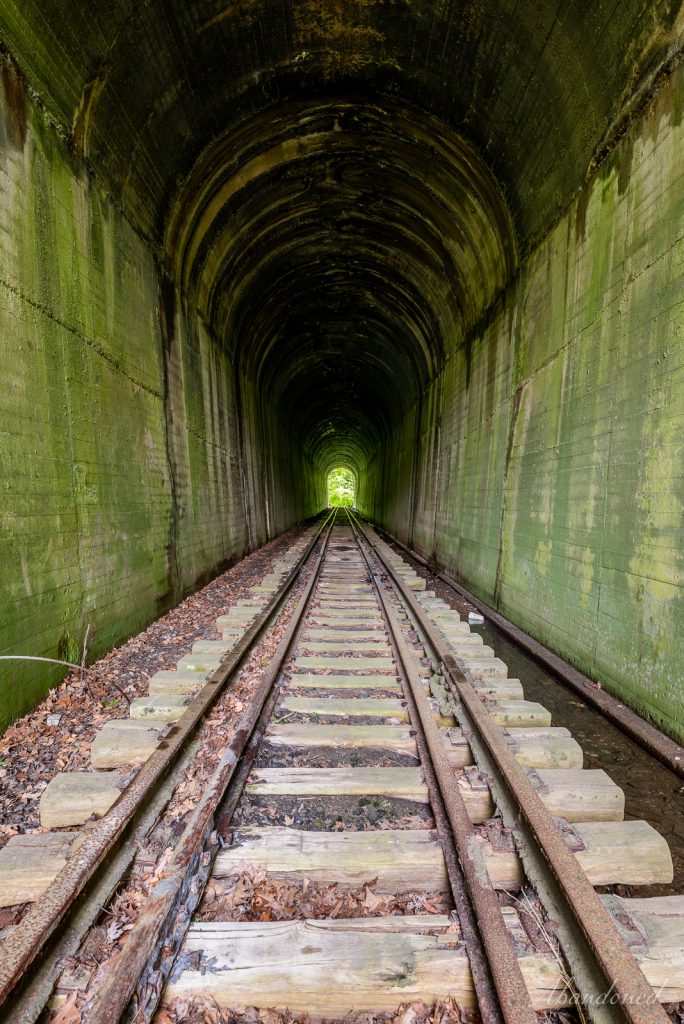 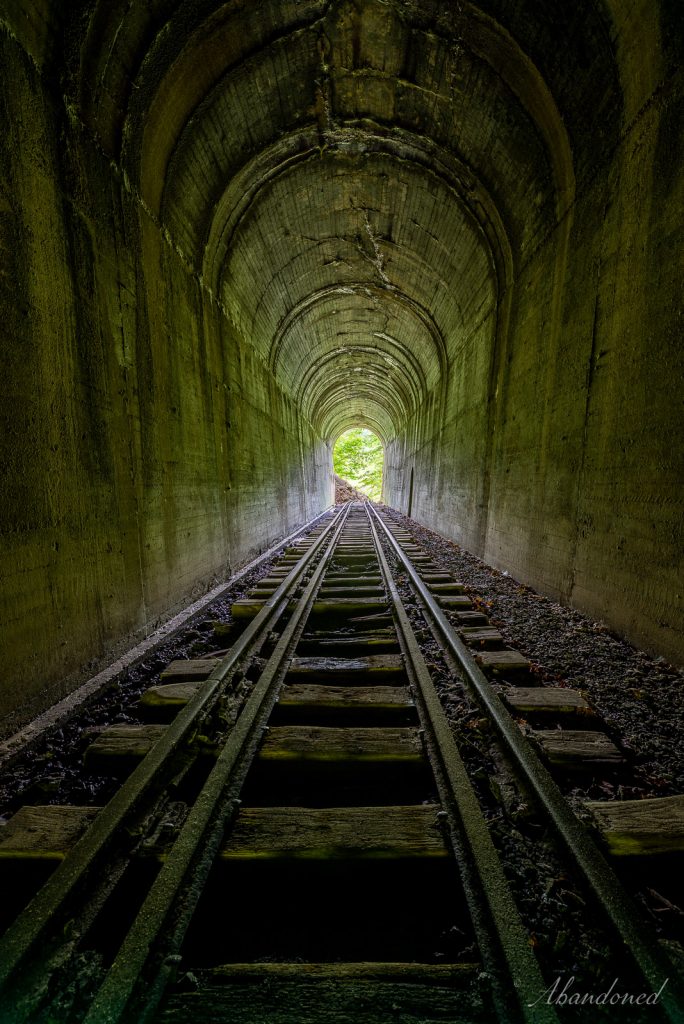